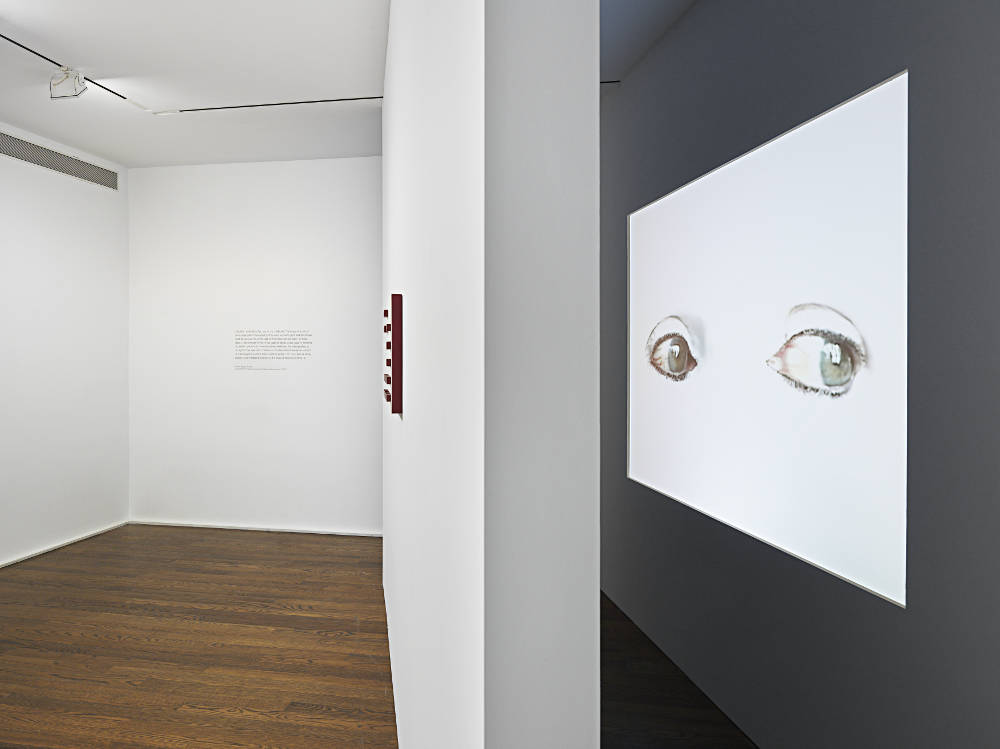 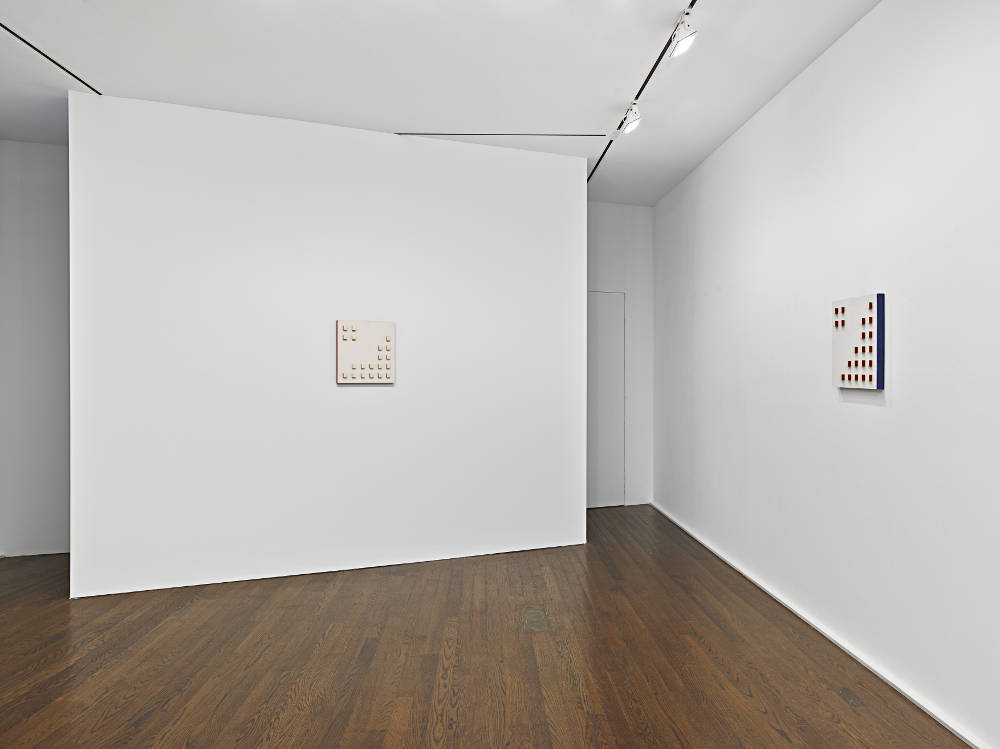 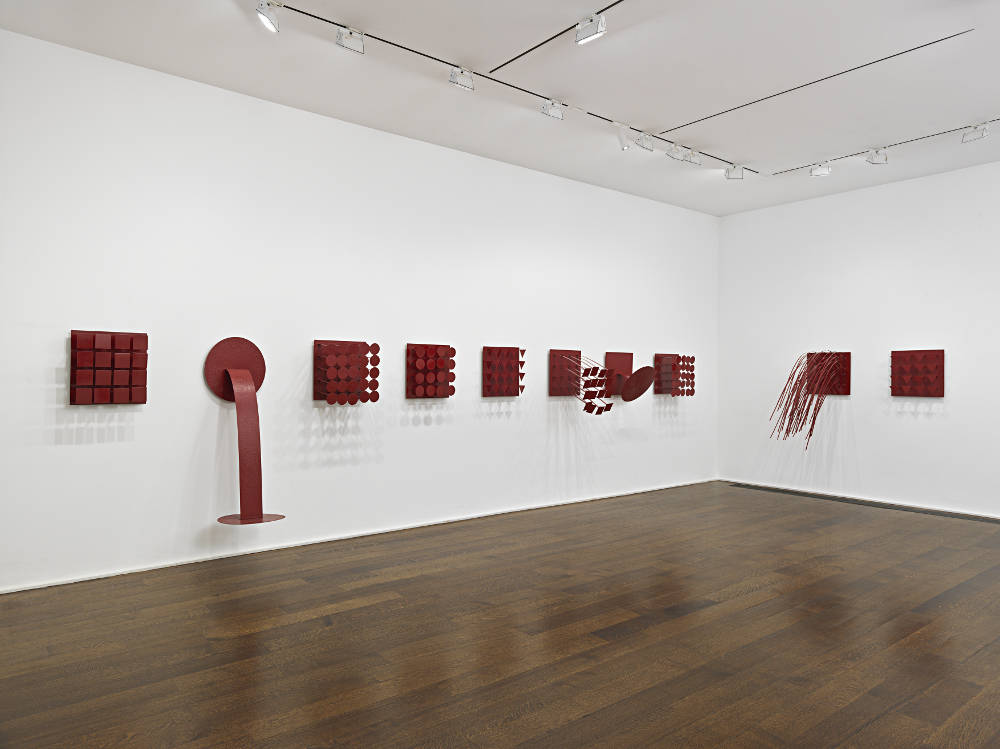 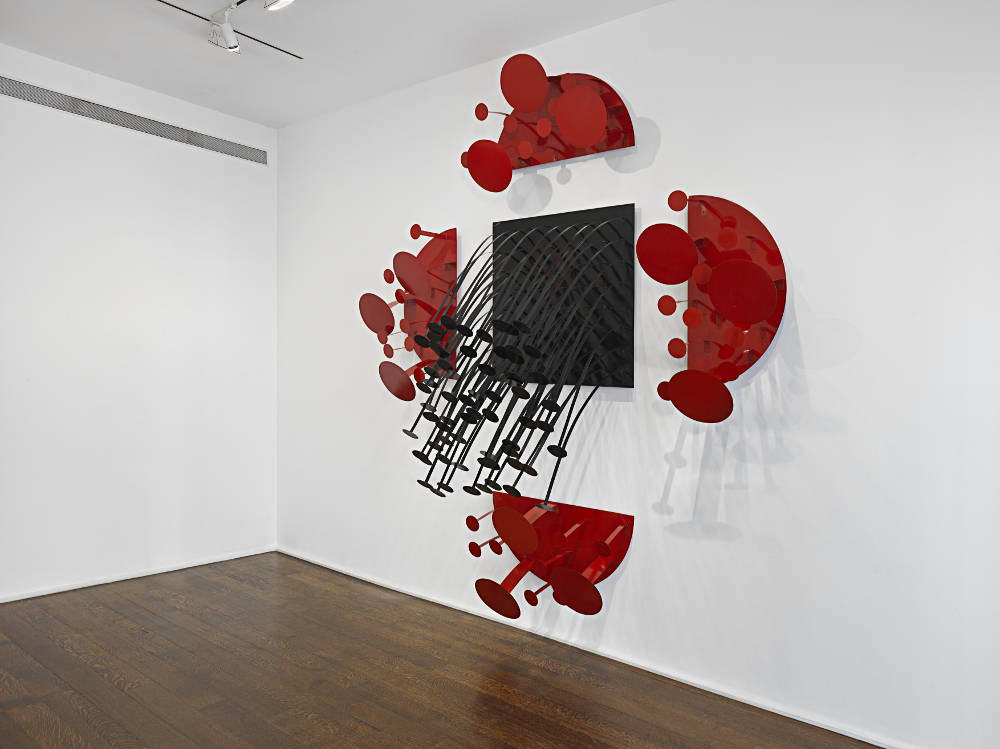 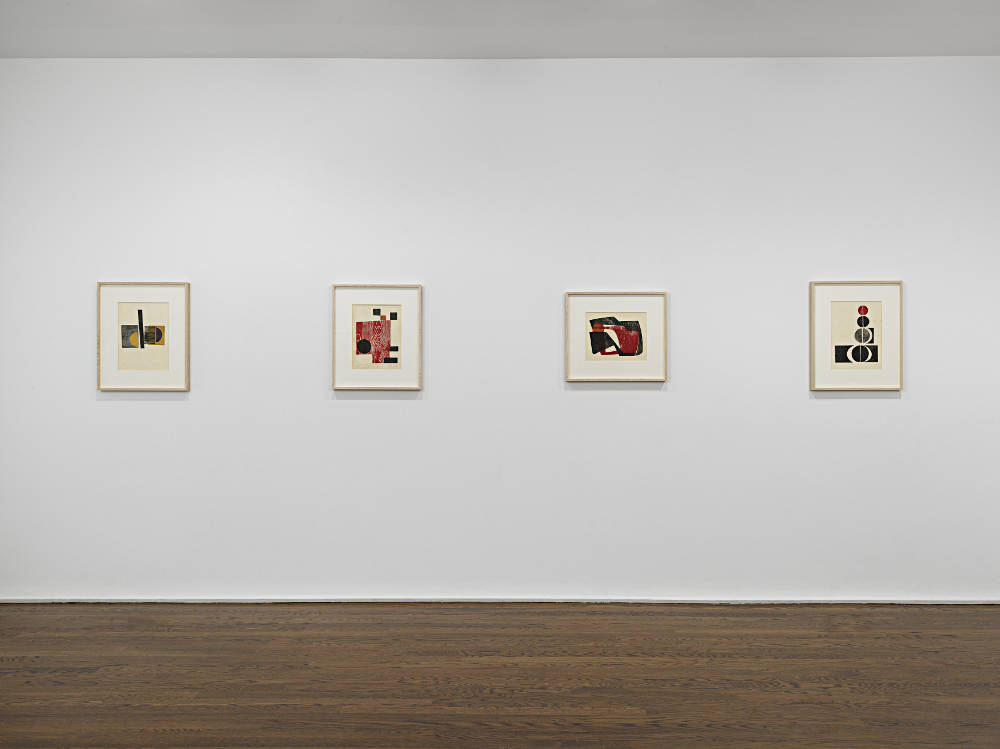 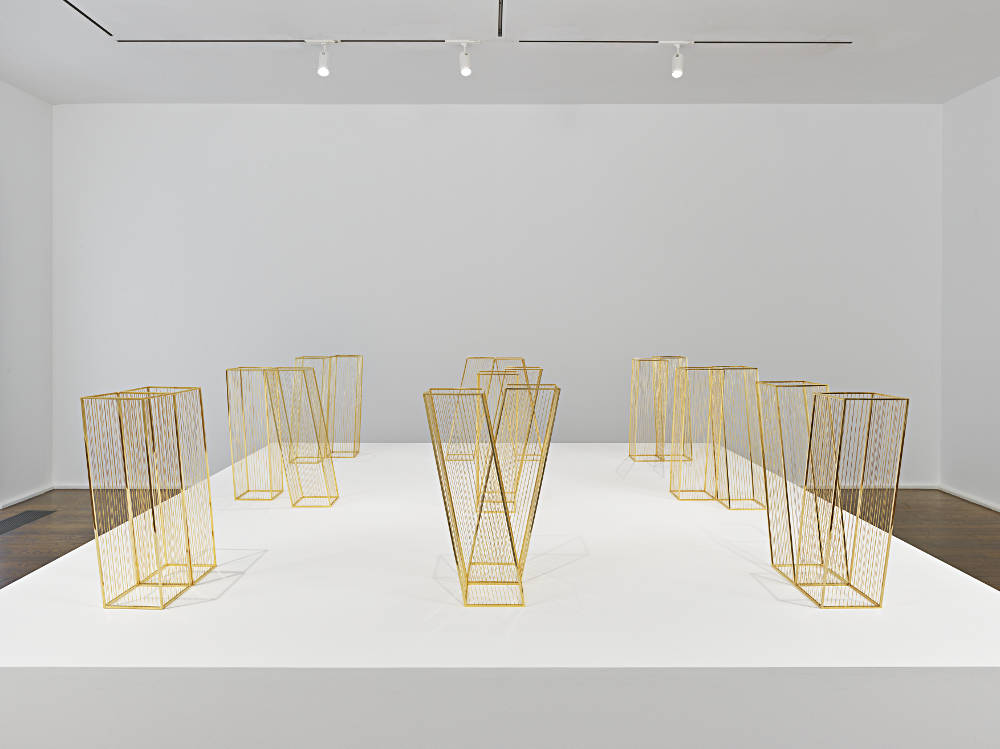 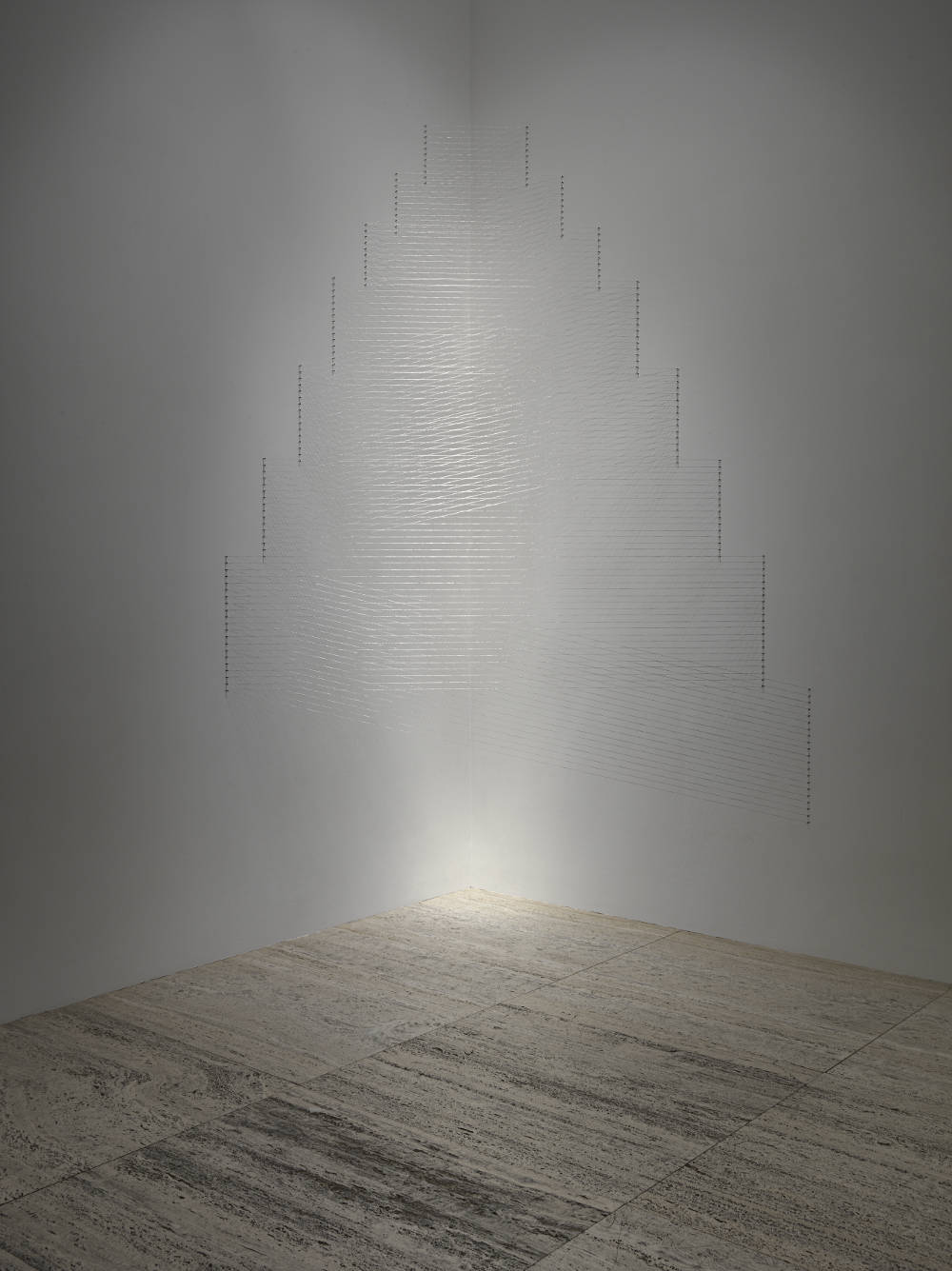 A founding member of Brazil’s Neo-Concrete movement, Lygia Pape (1927 – 2004) valued art that favored the primacy of the viewer and his or her sensorial experience. Pape explored rich territory via the media of sculpture, drawing, engraving, filmmaking and installation, and cemented her reputation as one of the most significant Brazilian artists of her generation. This exhibition marks the gallery’s first solo presentation of Pape’s work in the United States since announcing worldwide representation of Projeto Lygia Pape in 2016. Spanning Pape’s multidisciplinary practice, this exhibition unpacks the artist’s singular vision, mining her profound and often playful approach to the physical and material experience of art, ultimately elucidating a deeply human understanding and unique reframing of geometry and abstraction.

Upon entering the exhibition visitors encounter one of Pape’s most emblematic works, ‘Ttéia 1A’ (1978 / 1979 / 1991). The sublime, silver thread installation is part of the artist’s iconic Ttéia series, first conceived in 1978. The word ‘Ttéia,’ which Pape created, is an elision of the Portuguese word for ‘web’ and ‘teteia,’ a colloquial word for a graceful and delicate person or thing. Installed in a corner of the gallery, the groupings of thread intersect and weave, coursing through the space to create phantom lines across the walls.

In this ethereal series, Pape succeeded in delineating the depth and volume of triangular structure to explore and heighten an awareness of spatial relationships, eliciting a haptic response to both the object and its shadow. Testament to the significance of the Ttéias, Pape revisited the series in 2003, a year before she died, and produced a suite of intimately scaled sculptures composed of gold-plated copper. Pape realized ten unique variations of these rarely exhibited Ttéia works, nine of which are on view in this exhibition.

Pape’s Amazoninos (1989 – 92), large iron wall-mounted sculptures, occupy two additional spaces on the ground floor. Deriving their names, colors, and shapes from an aerial view of the Amazon forest, these works synthesize Pape’s ongoing explorations of space, volume, color, and form. ‘Amazoninos Vermelho (Red Amazoninos)’ (1989 / 2003), and the massive five-part ‘Amazonino Vermelho e Preto (Red and Black Amazonino)’ (1989 / 2003), appear to spring forth from the walls, eliding the weight of their industrial composition and appearing at once geometric and organic. Here, the artist stresses a dynamic relationship between viewer, artwork, and architecture, encouraging a mode of interaction that takes shape over time as viewers move through the exhibition space.

The second floor of the exhibition features three important artworks – ‘Roda dos Prazeres (Wheel of Pleasures)’ (1967), ‘Jogo de Ténis (Tennis Game)’ (2001) and a series of collaborative collages produced with Concrete artist Ivan Serpa during the 1970s – that mark Pape’s increasing emphasis on participatory projects, collage, and video installations. The earliest of these artworks, ‘Roda dos Prazeres (Wheel of Pleasures)’ (1967) comprises a circular grouping of vessels filled with brightly hued liquids. Encouraging a sensorial engagement with the installation, Pape has provided viewers small medicine droppers that can be used to sample the colored solutions. The experience elicits sensations of both pleasure and dissatisfaction; the unlabeled liquids range in taste from pleasant to unpleasant. ‘In this way,’ Pape wrote about the installation in 1980, ‘an ambivalence of the senses was created: the eye saw one thing and was delighted, but the tongue might reject it. Or it could reinforce what the eye had already devoured, couldn’t it?’

The exhibition concludes on the third floor with Pape’s early geometrical Tecelares (Weavings), woodcut prints from the 1950s that mark her transition from the Concrete to Neo-Concrete movement, of which she would become a founding member in 1959. Pape’s Tecelares have a direct lineage to her later Ttéia series; these works on paper comprise complex compositions that evoke a charged sense of materiality. Pape’s acute sensitivity to technique and material in these works allowed for what she believed was a ‘better presentation of the idea and the inventive richness.’

This exhibition is accompanied by a forthcoming catalogue from Hauser & Wirth Publishers that includes a conversation between the artist’s daughter, Paula Pape, curator Paulo Herkenhoff, and poet Ferreira Gullar, with an additional commissioned text by author Alexander Alberro.