This year’s annual commission is a major new solo exhibition by the highly acclaimed Chinese multi-media artist LuYang. The exhibition features the world premiere of a new Zabludowicz Collection commission, alongside multiple immersive moving image installations, an interactive arcade gaming space, and a screening room presenting the ‘greatest hits’ of the artist’s videos from across the last decade. Visitors are invited to step into the worlds LuYang creates. 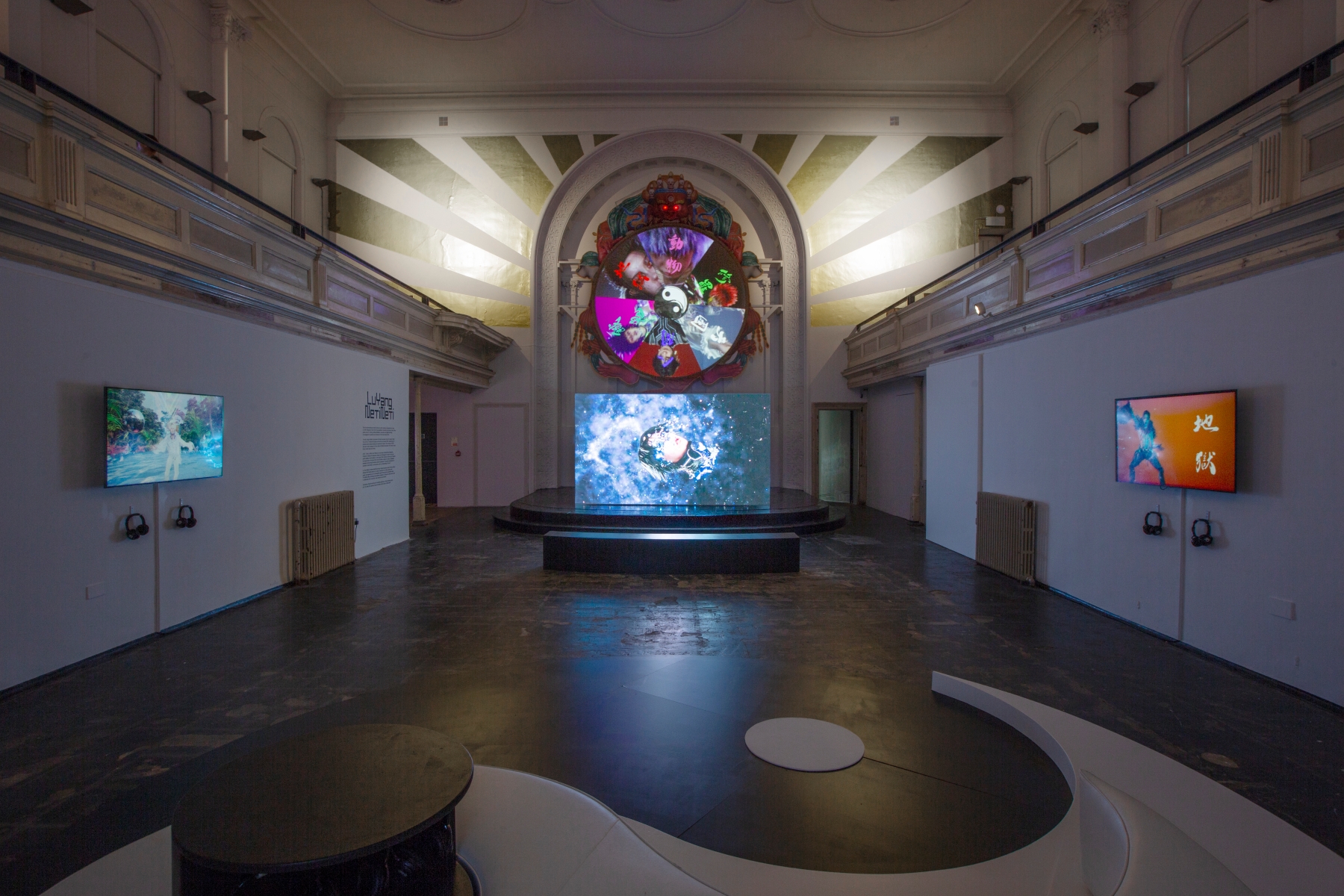 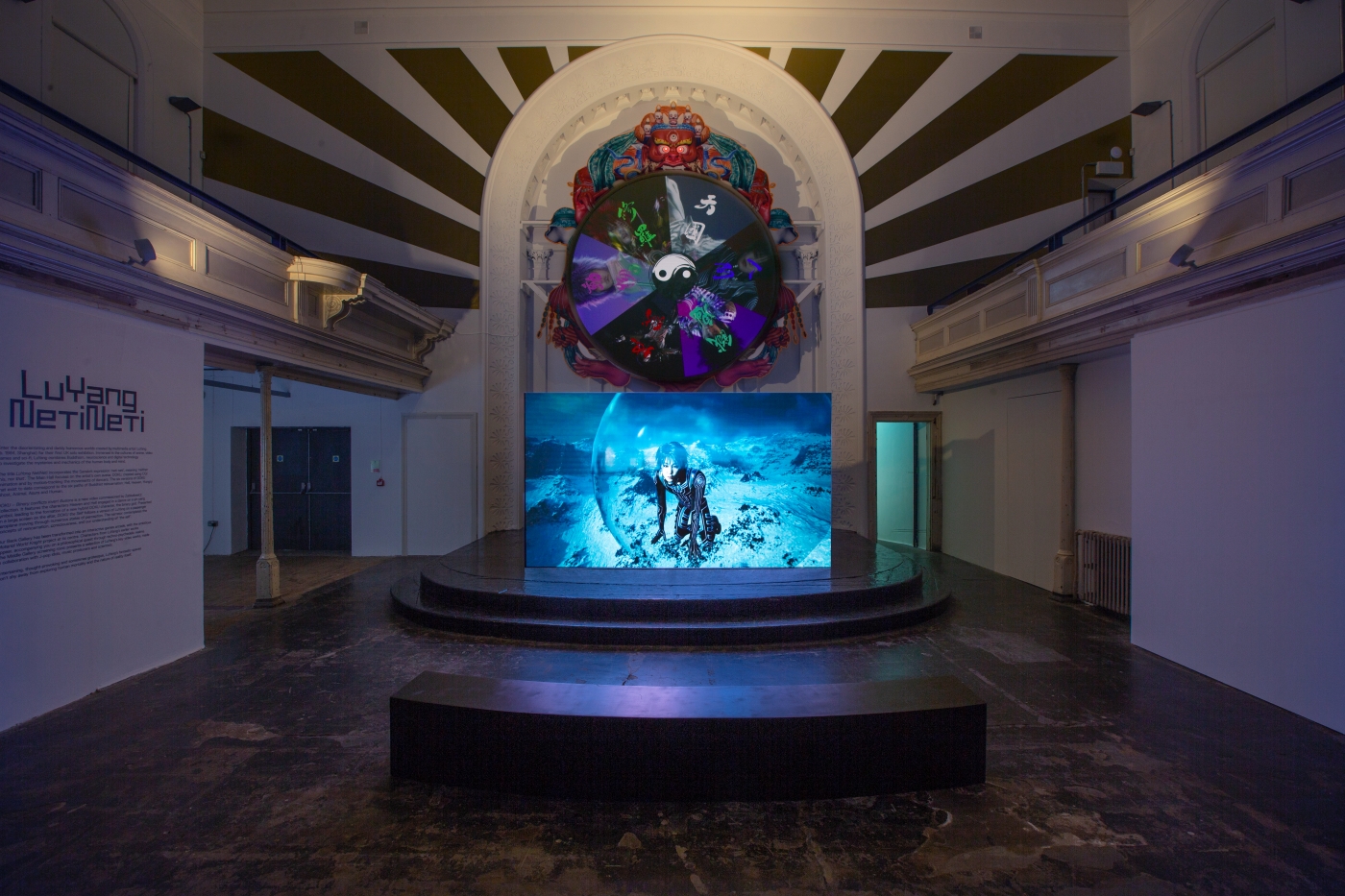 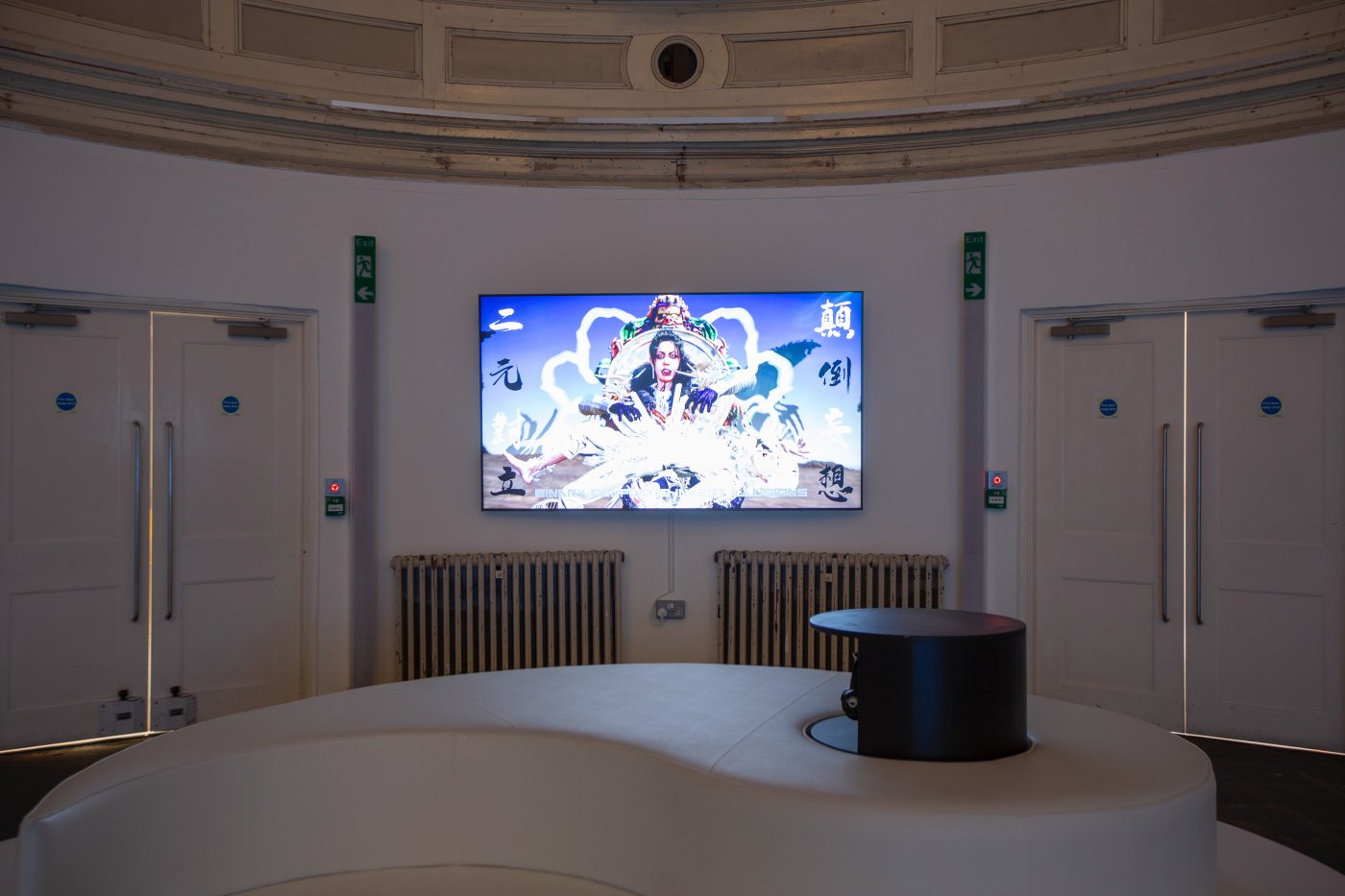 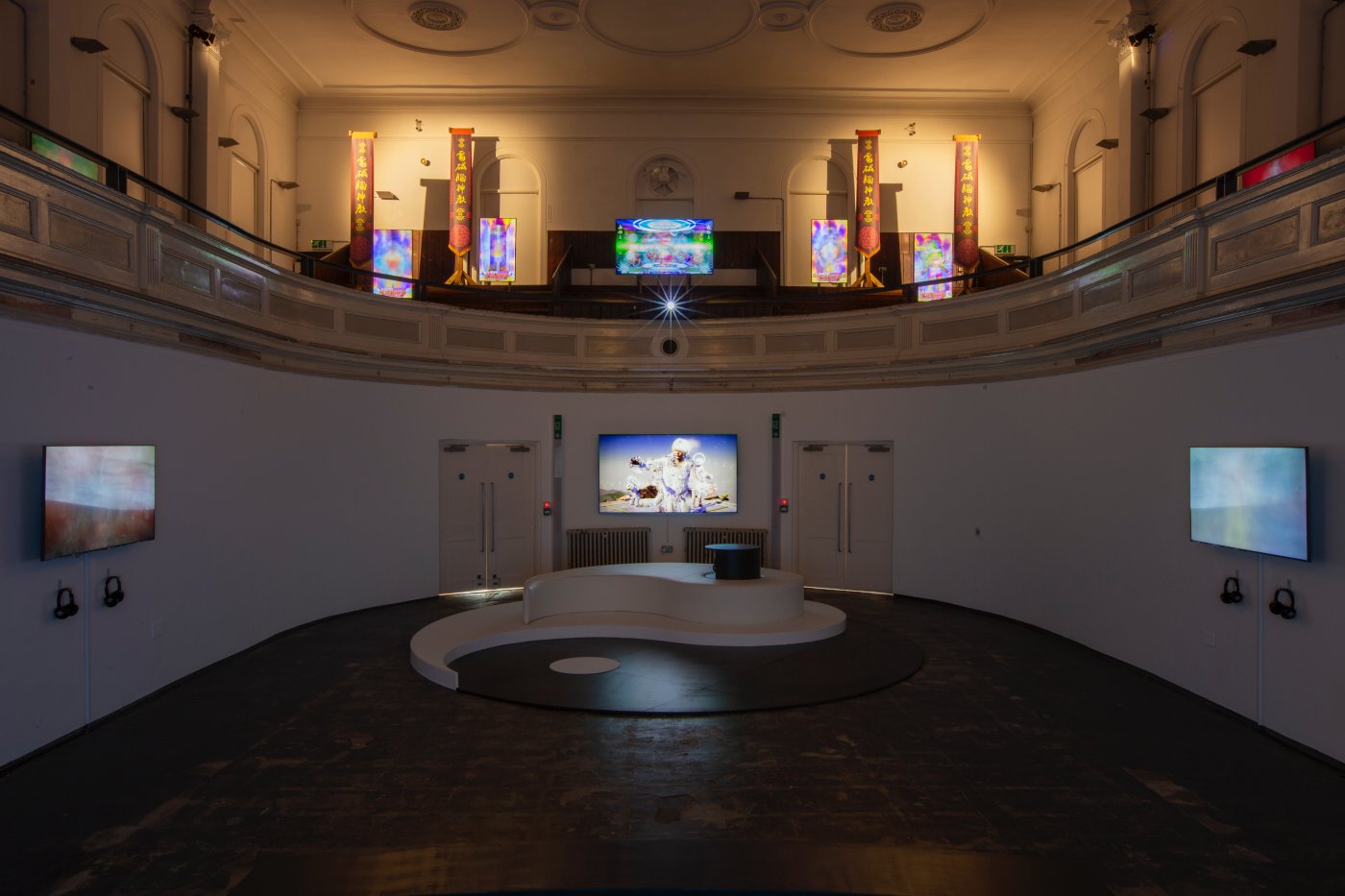 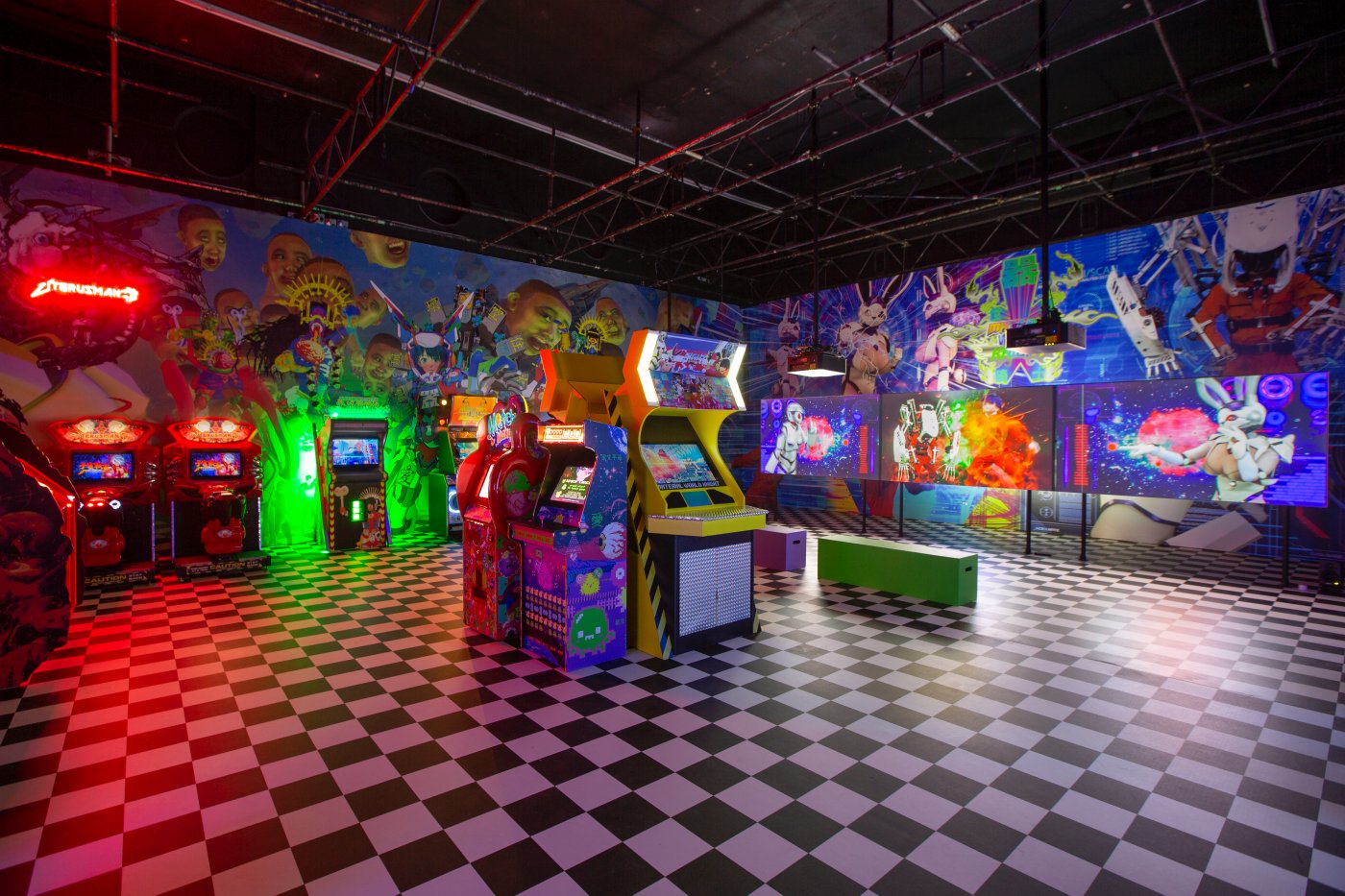 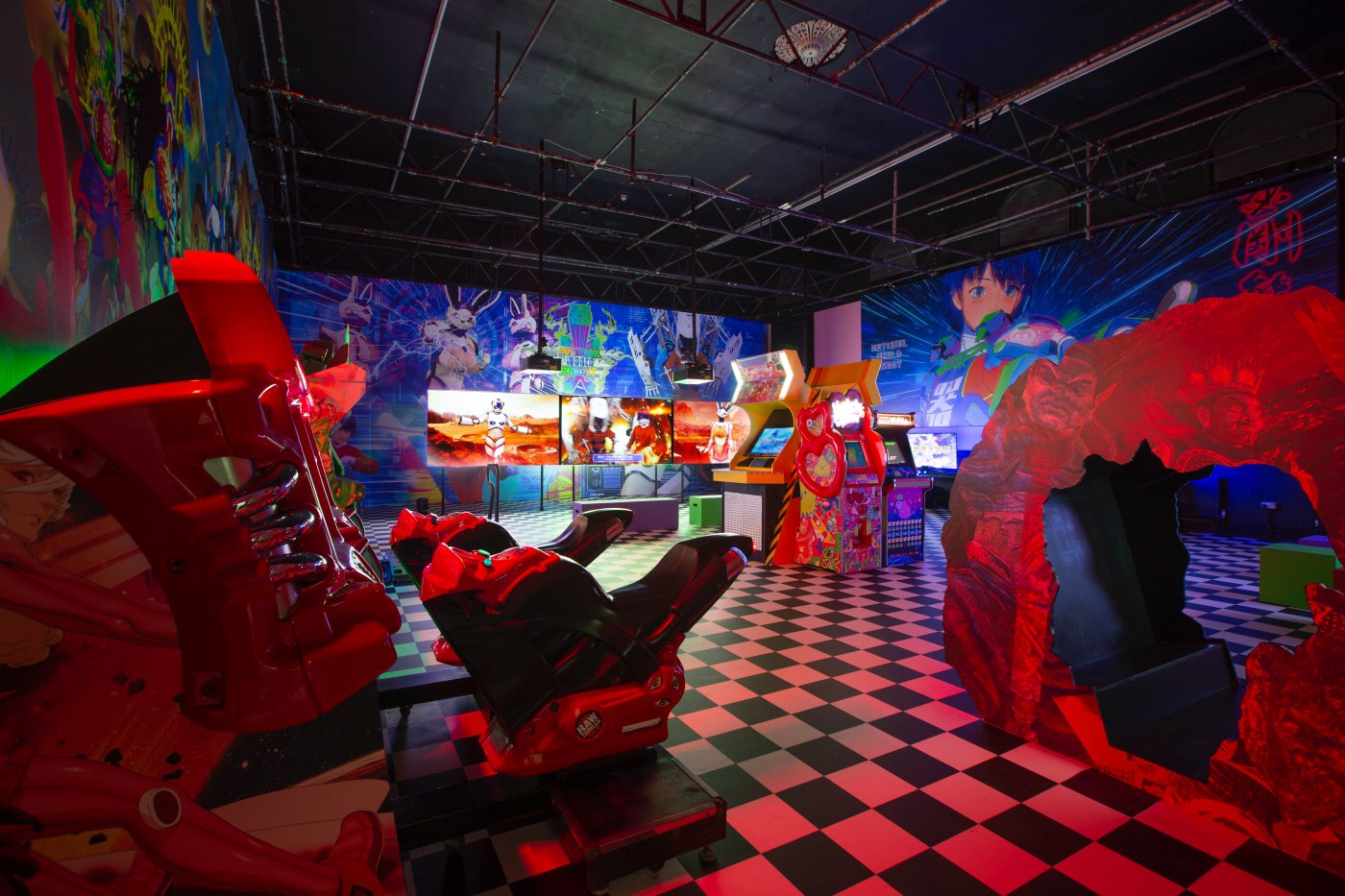 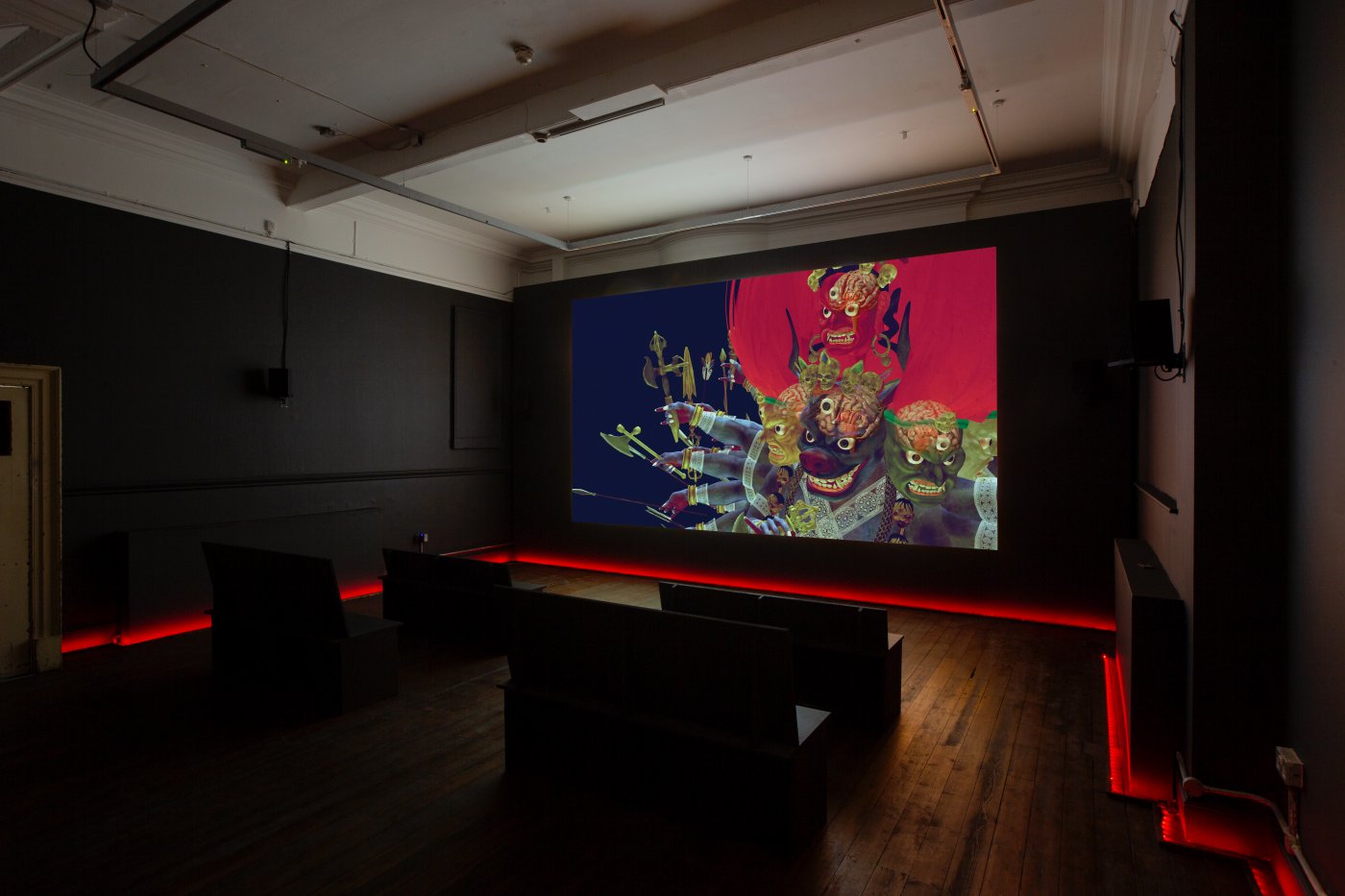 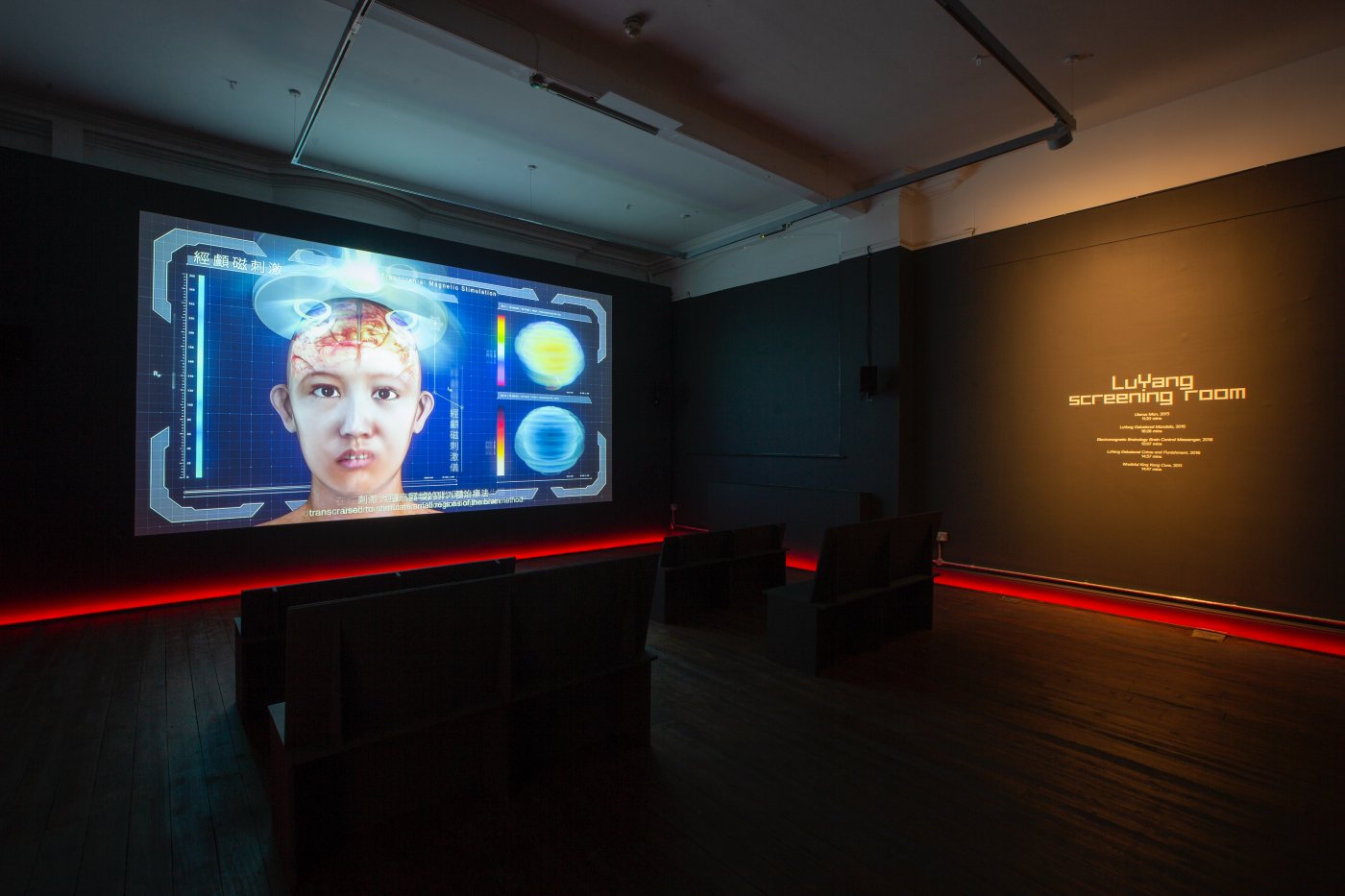 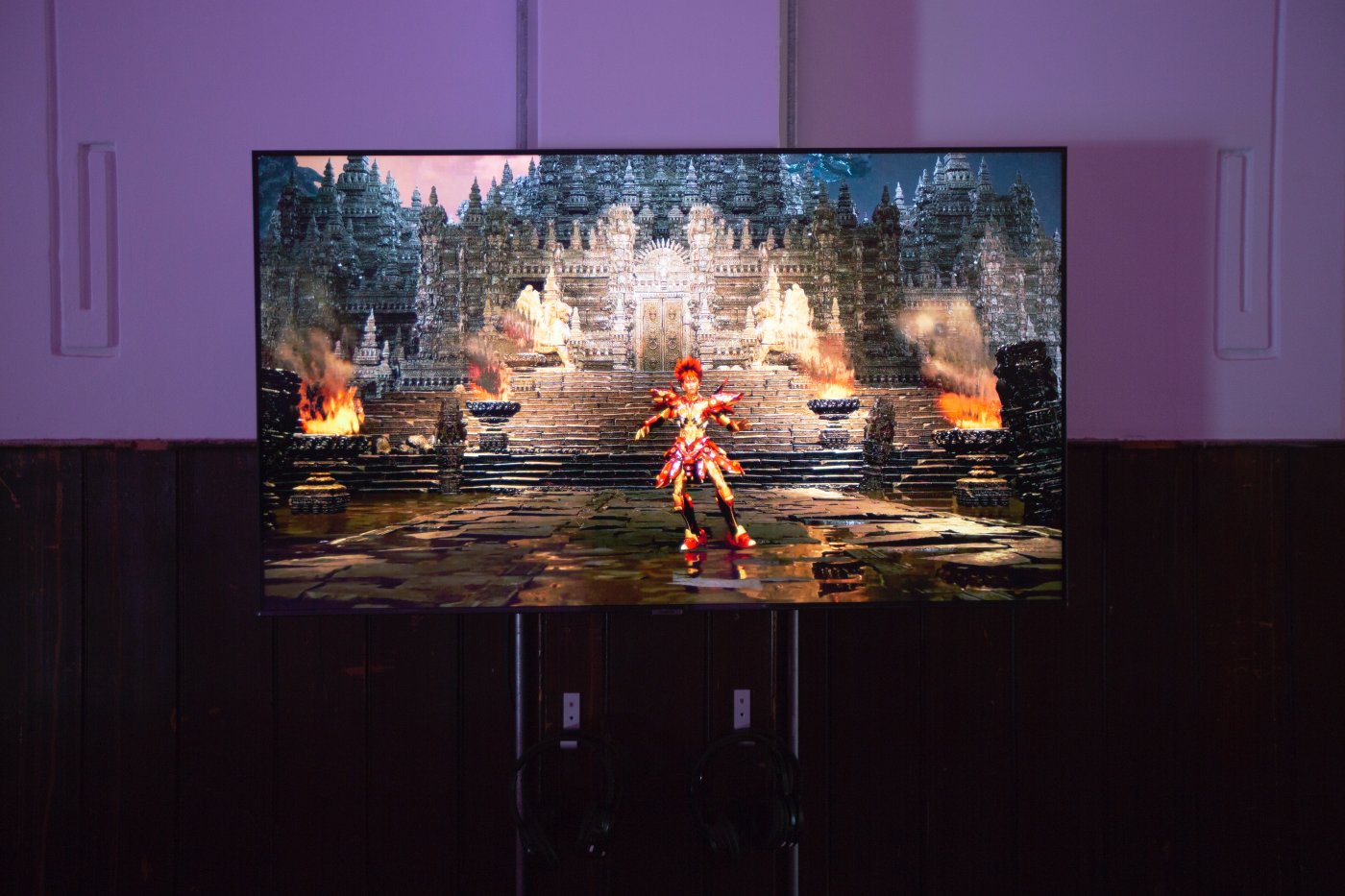 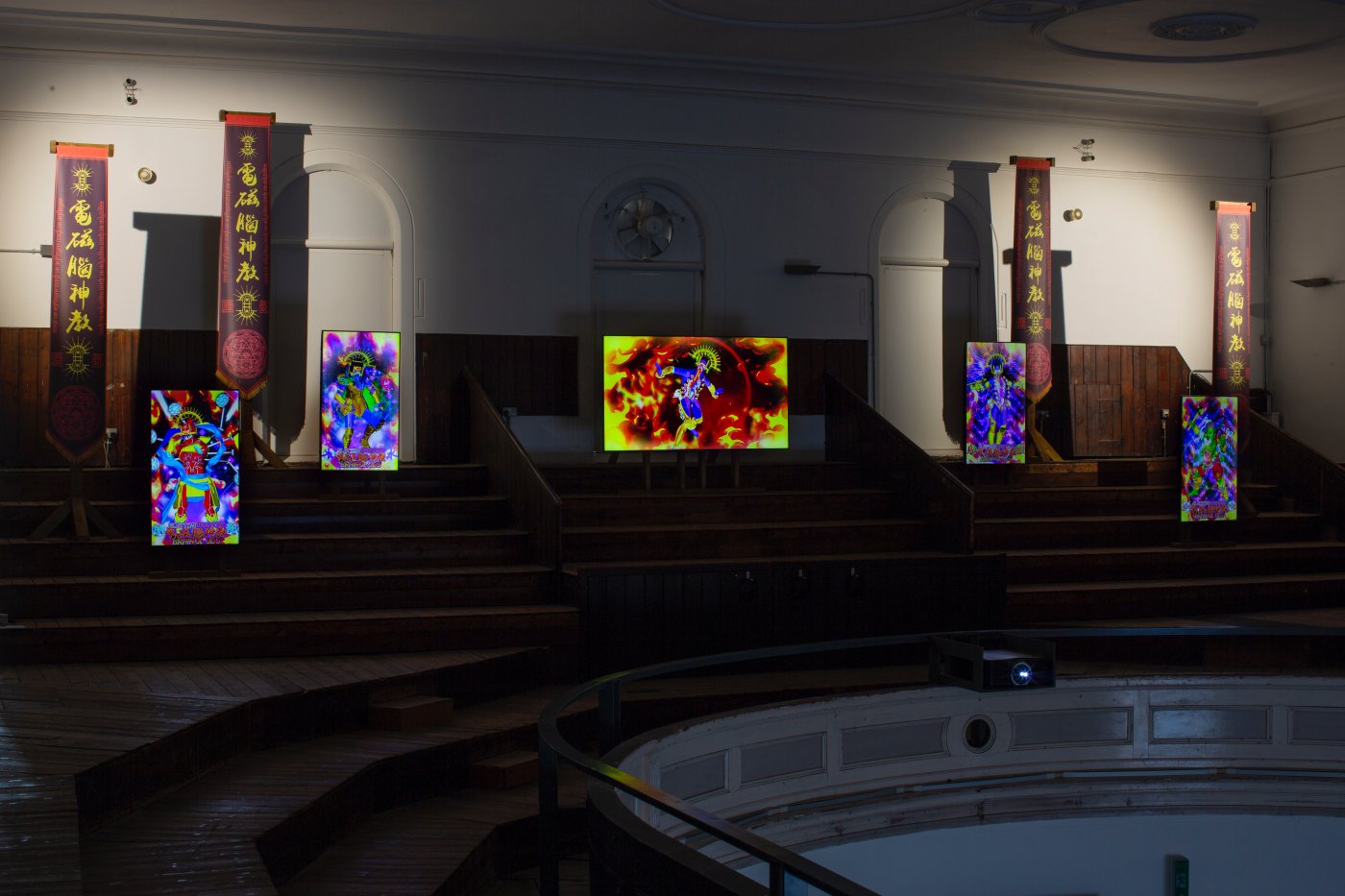 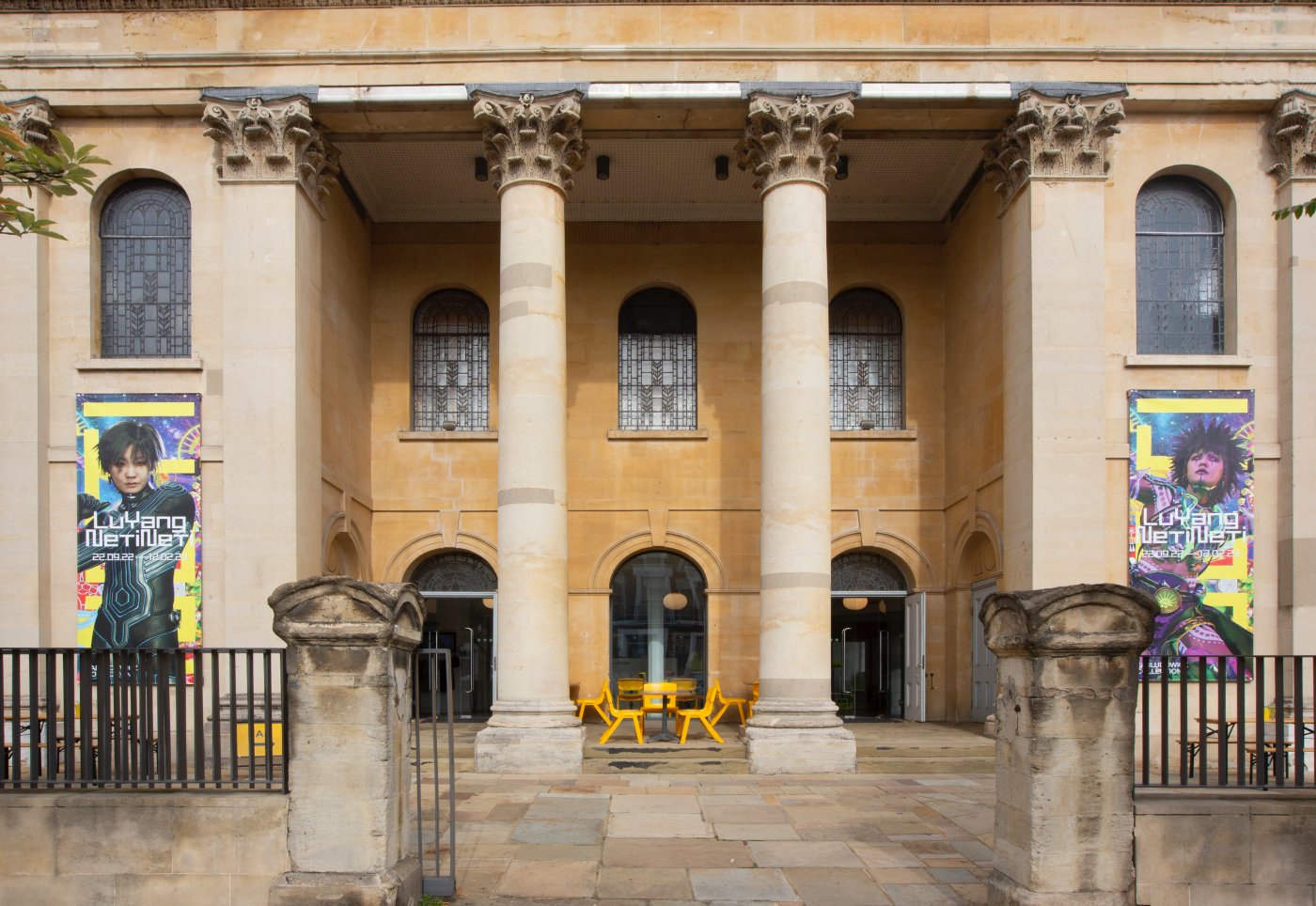 LuYang’s work destabilises the divisions between past and future, human and machine, and life and death, reflected in the title of the exhibition, which incorporates the Sanskrit expression ‘Neti Neti’, meaning “not this, not that”, or “neither this, nor that”. Immersed in the cultures of anime, video games and sci-fi, the artist’s wildly engaging and darkly humorous projects are all-consuming in their visual and sonic intensity. They combine aspects of traditional spiritual belief with motifs from science and medicine to investigate the mysteries and mechanics of the human body and mind.

The exhibition centres on DOKU, LuYang’s own digital avatar. Using advanced motion capture and CGI animation technology, DOKU combines ancient ideas of reincarnation with a contemporary exploration of the multiplicity of the self. LuYang has created six versions of the DOKU avatar to date, corresponding to the six paths of reincarnation as described in Buddhism. The movements assigned to these characters have been created through the motion tracking of real human dancers the artist has collaborated with, including performers of the traditional Legong dance of Bali, Indonesia, and Japanese pop dancer kEnkEn.

In the Main Hall we present the world premiere of a new Zabludowicz Collection commission, DOKU Binary God (2022), a single-channel video featuring the characters Heaven and Hell choreographed in a new dance, leading to the formation of a hybrid Binary God character. Also in the Main Hall is major video work DOKU the self (2022), first shown at the Venice Biennale 2022. The cinematic narrative features LuYang as a character on a passenger airplane moving through numerous states or perception, and encountering the six DOKU avatars.

The Middle Gallery operates as a cinema-style space, showing a number of key moving image works by the artist and their numerous collaborators from across the last decade. These include Zabludowicz Collection work LuYang Delusional Crime and Punishment (2016), and milestone animations such as UterusMan (2013). The Back Gallery is transformed into a ‘playground’ games arcade to present an installation of The Great Adventure of Material World project (2019–). Visitors will have the chance to play a video game version of the project, inhabiting a character across nine realms; acquiring energy, being destroyed and reborn, and exploring the spectacular and disorientating universe LuYang has created.

The exhibition will be accompanied by a programme of live events, and the launch of a publication, to be announced.

LuYang was awarded the BMW Art Journey in 2019, following which they commenced the making of a new digital body of work titled DOKU. They are also the winner of the Deutsche Bank Artist of the Year 2022 award, as part of which they will present a solo exhibition at PalaisPopulaire, Berlin in September 2022.