Sprüth Magers presents a solo exhibition of new work by Lucy Dodd. It is her first exhibition in London and continues her exploration of the formal qualities of painting, again emphasizing the possibilities of monumental painting as a theatrical realm of symbols both cosmic and personal. 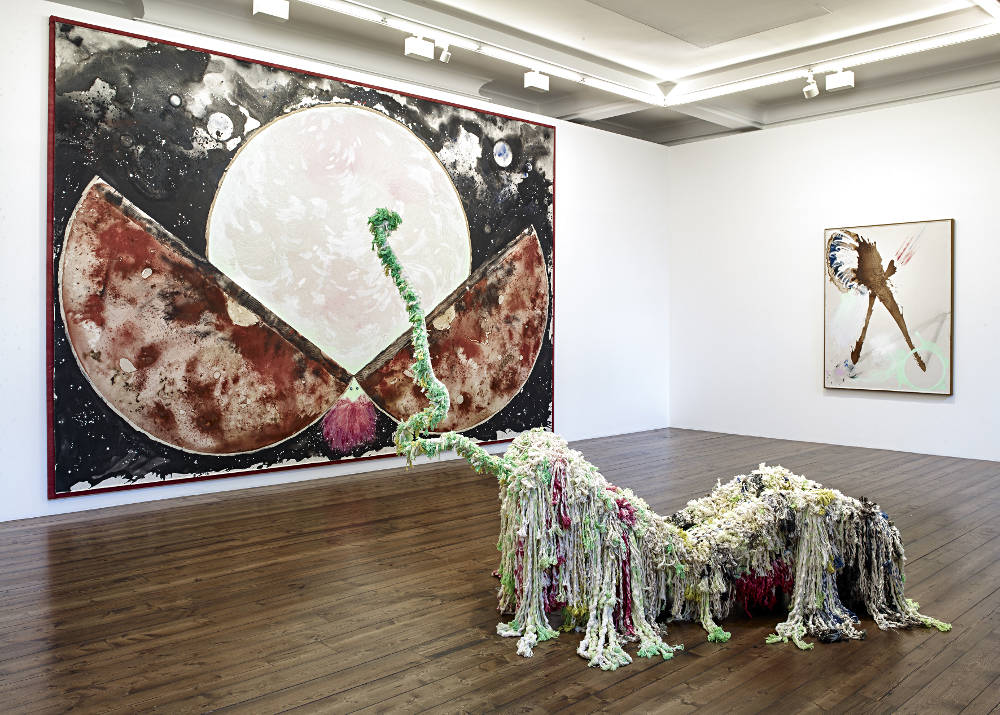 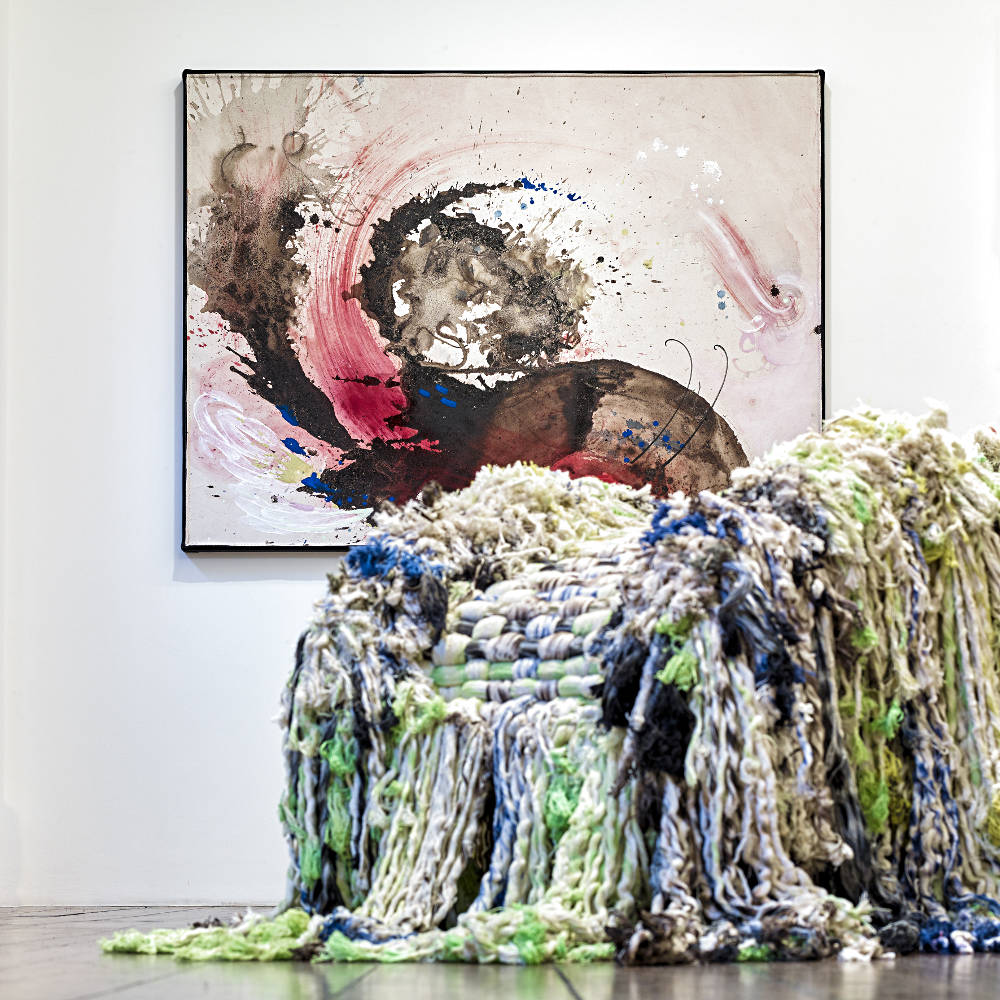 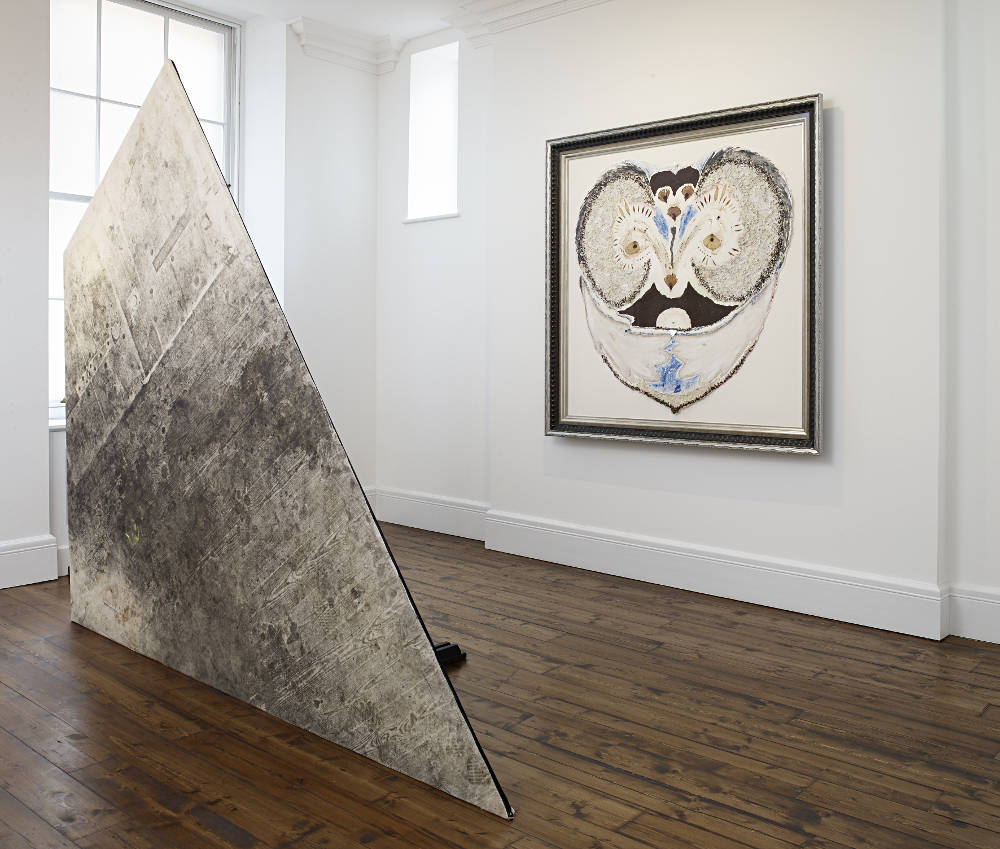 Dodd’s previous exhibitions have often originated with interpretations of the visual forms and qualities of iconic works from art history, such as Picasso’s Guernica (for a show at the Rubell Foundation, 2014) and Botticelli’s Birth of Venus (at The Whitney Museum, 2016). In the current exhibition, however, the symbols are primarily of a planetary and cosmological nature.

Conceived as three acts or stages, the show revolves around the cinema-size painting Miss Mars. In contrast with Earth, the only planet in the solar system that expresses life on its crust, Mars reveals his luminous centre with his two moons in the background amongst a series of hazy galaxies.

Miss Mars is the drama of the exhibition. The words, four letters each.

The absence, as part of the story of this show, of that masculine (Mars) energy and the need for its transformation. The search for the feminine aspect of the warrior. And then the whole drama unfolds. Miss (missing) Mars leads, to the discovery of MISS MARS, the feminine aspect of the warrior. The planet Mars, the warrior, the Red planet, splitting open and giving birth to Miss Mars, an Aries baby, a little girl. And also a man in drag.

Miss Mars is reversible. And also a man in dragon.

The drama continues in the next room. Here everything is lost and the way forward is obscured. The dark night of the soul. Here is Mars as St George, the dragon slayer and patron saint of England, and a painting produced on the floor of The George and Dragon pub. It is an index of the people that spent time there during one evening. The mirage of the cellar doors fades into the well-trodden desire lines that lead to the bar or door. The floor rises to become a sail. This space is watched over by an owl with ovary-like eyes.

And, upstairs, in triumph, in conclusion: LIGHT!