Via Nassa 62, 6900 Lucrezia Roda: GLASS POWER. The power of fragility 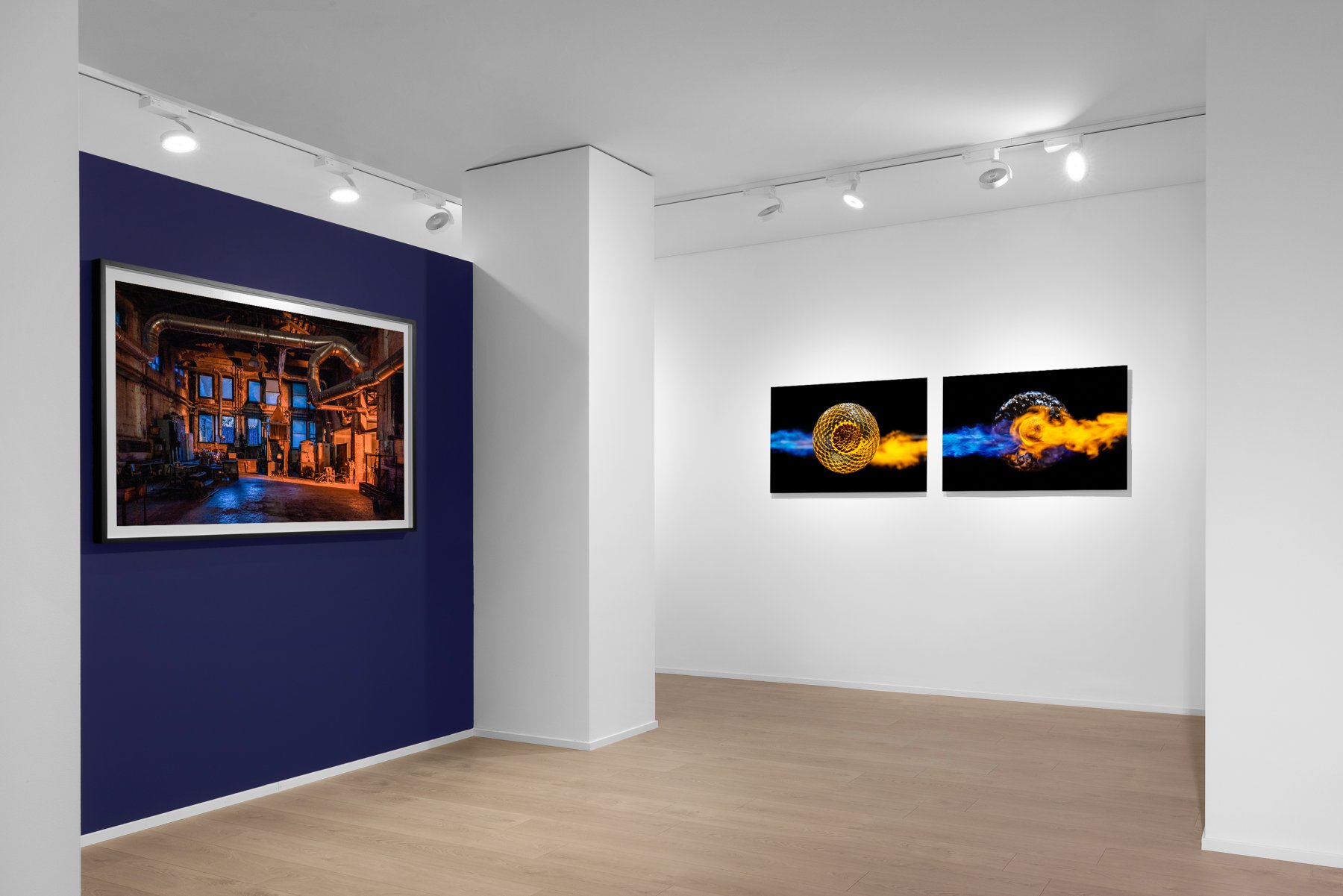 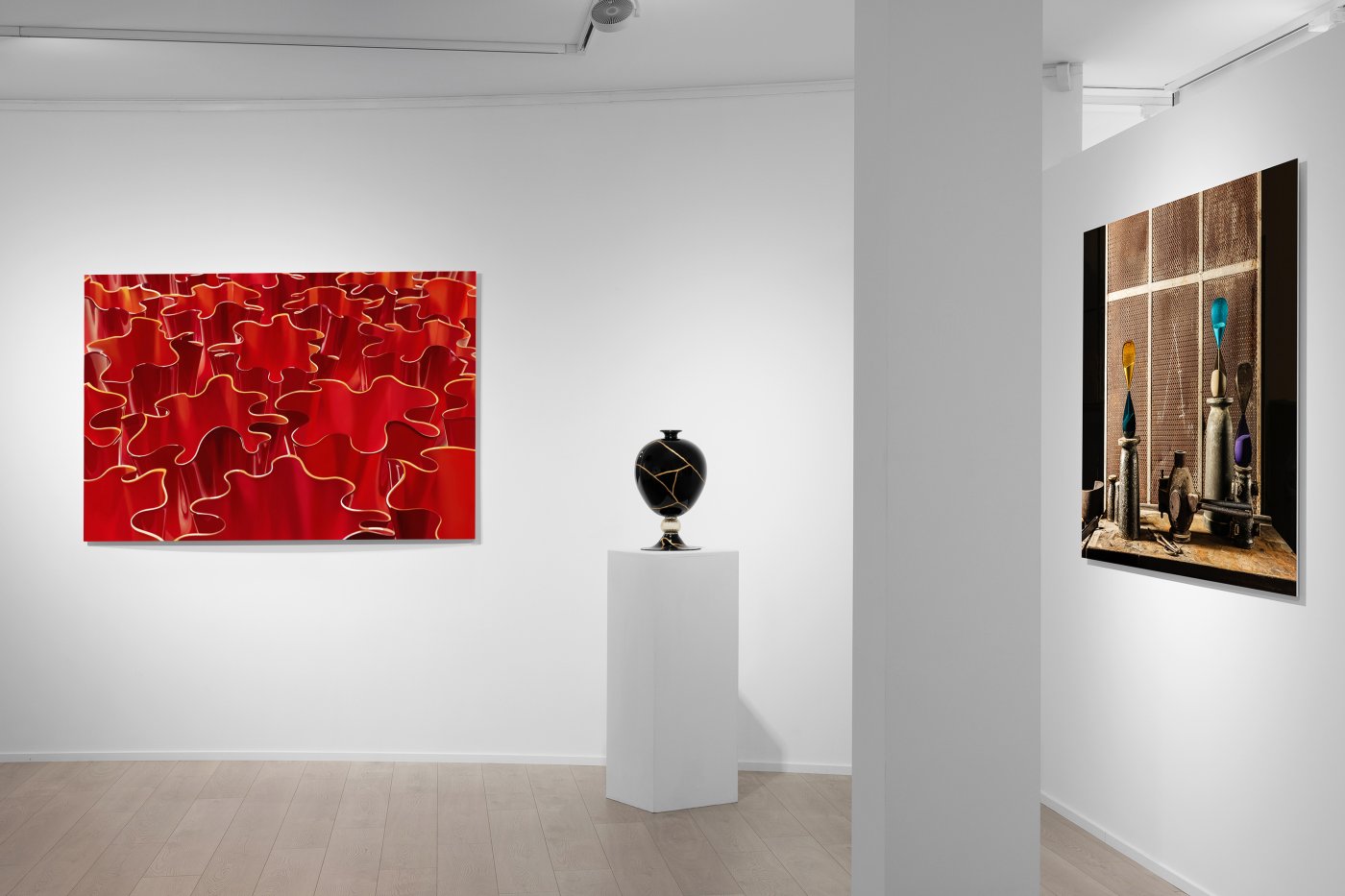 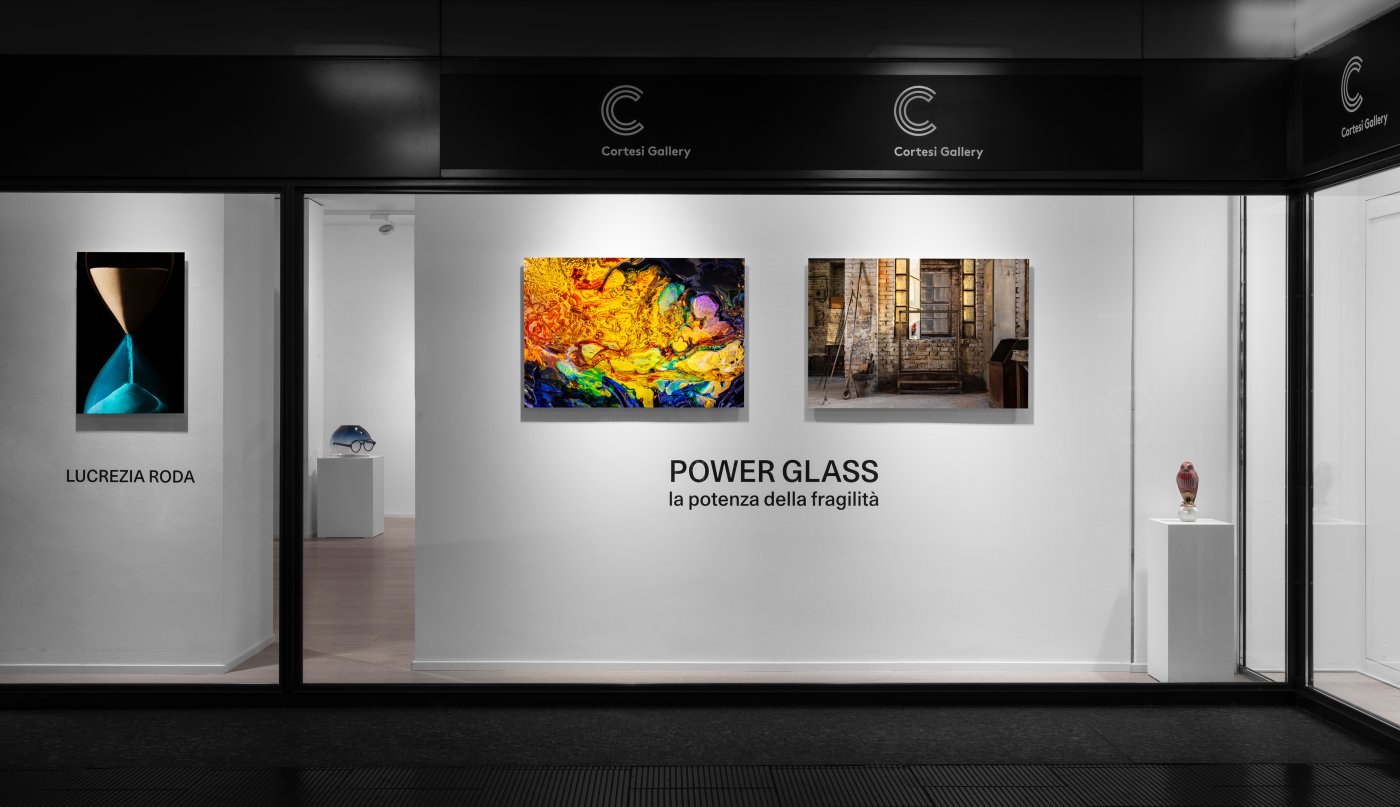 In the fifteen shots, Lucrezia Roda shows the glass production process and the environments of the historic Fornace Venini in Murano, one of the most famous glassworks in the world, which last year celebrated the hundredth anniversary of its foundation and is developing an important institutional project that will include some of Lucrezia’s works.

The opening of the exhibition falls at the same time as “The Italian Glass Week”, an event that brings together the two most important Italian festivals dedicated to the promotion and enhancement of Glass at an international level – Vision Milan Glass Week (10-18 September 2022) and The Venice Glass Week (17-25 September 2022), on the occasion of the “Year of Glass”. The United Nations have officially designated 2022 as the Year of Glass.

A photographer of industrial environments, metallurgical factories and steel materials, Lucrezia Roda, in this new exhibition, continues her visual research in industrial and artisanal production through the images and iconic vases of the Venini company. Her journey began in 2014 inside the Trafilerie San Paolo in Erba before moving in 2015 to the Laminatoio del Caleotto in Lecco and, in 2016, to various plants of the Agrati Group specializing in screws, bolts and special fastening systems. In 2019, her research continued within the steel mills of the Duferco and Feralpi groups in Brescia.

The theme of metamorphosis is at the heart of Lucrezia Roda’s artistic practice, deeply attracted by man’s ability to “tame” the primordial essence of water and fire, using them within industrial and craft processes to give materials a new form and purpose. Her shots arise from the search for a balance between complementary realities: order and chaos, light and darkness, truth and fiction, microscopic and macroscopic.

Glass is a very seductive material for the artist: like metal, it is also involved in a cyclical process of production where it changes shape, consistency and characteristics. Moreover, it embodies history, tradition, art, design and craftsmanship in a perfect dialogue between manual skill and artistic sensitivity. The craft of glassmaking is very ancient and has been handed down from generation to generation, a knowledge that, especially in the past, was carefully guarded. Once again, Glass embodies dichotomies close to the artist: worked by the power of fire and man’s wisdom, it starts from a sandy consistency to reach a majestic form that is solid but extremely fragile and, in reality, extremely fragile delicate. A natural element capable of becoming a precious artistic artefact.

Man’s intervention, so central in the production of Glass, is subtended; it is never directly shown by the Italian photographer. The action of the craftsman has yet to take place, it has already been accomplished, or it is excluded from the lens, as in the two “POWER GLASS” shots in which the flame, used in the finishing phase of the “Balloton” vase, is emphasized in its power and its ability to forge such a breakable body.

In the exhibition Glass Power, in which some iconic and contemporary vases produced by the glassworks are featured thanks to the collaboration with Venini, environmental photos of the furnace, moments of glass processing, the finished products and some enlargements of glass surfaces, such as “DARKS IN BLUE”, “SWEET AS YOU CAN BEE” and “NOTHING TO SEE, NOTHING TO HIDE” are alternated.

In presenting these images, Lucrezia Roda does not have a purely narrative and documentary intent but rather an evocative one. The photographer is not interested in the image adhering to reality but wants to generate an atmosphere, a set of visual sensations that transport the viewer to an almost sublime dimension. The furnace becomes a kind of chamber of wonders where mysterious and fantastic events occur, a demiurge forge where objects are created, and the matter is transformed. Thus in “FIRE LIGHT – FIRE NIGHT”, we are fascinated by a night shot of the main hall of the furnace, illuminated only by the fire of a furnace left on all night to transform silica sand into Glass. In “FURNACE NO. 7 – THE ANNUNCIATION OF THE VIRGIN”, the real protagonist of the painting is the red “Veronese” vase, even if it is very small compared to the grandeur of the furnace room. Illuminated by a side window, its convex and reflective surfaces catch the light, getting close to the Renaissance painting by Paolo Veronese that inspired Vittorio Zecchin to create the iconic vase designed in 1921 for Venini.

This almost surreal atmosphere is accentuated by using bright and vivid, alienating colours, with the presence of reds, oranges, blues, and greens contrasted with each other through photographic post-production work that heightens the pathos of the representations, as in “GEA COLOR” in which the close-up view of a vase designed by the architect Gae Aulenti immerses us in a sort of formless, primordial liquid. In the shooting phase, Lucrezia Roda’s photographic lens makes no classifications: everything can be the subject of work, even waste, which is particularly dear to the artist because, although it lived and it is almost dying, it can redeem itself by rising to a material ready for rebirth and reuse. But in portraying the unusual, Lucrezia always seeks the internal order of compositions, those geometries of elements that gratify her constant tension between chaos and perfection. Finally, the artist theatricalizes factory life through post-production work, as if through fiction, the reality could emerge in all its infinite facets.

Born in Erba (CO) in 1992, Lucrezia Roda lives and works between Lugano and Milan. Classically trained, she later immersed herself in the world of visual art, studying at the Italian Institute of Photography and specialising as a theatre and stage photographer at the Accademia del Teatro alla Scala, also strong in her profound humanistic imprint.
She places the themes of introspection and transformation at the centre of her reflections, dedicating her early fine-art photography research to the representation of industrial production dynamics. Her currently most representative series is “STEEL-LIFE”: started in 2014 and currently in progress, it collects multiple images of the world of the metal and metal industry, interpreting it as a matter of continuous and cyclic change.
Winner of the “AIF 2019 – Nuova Fotografia” Award, attributed by AIF (Associazione Italiana Foto & Digital Imaging) to a talent of emerging Italian photography “for the determination with which from a very young age she has dedicated herself to photography, first creating for herself a conscious path of study, then elaborating her own personal expressiveness centred on the search for a contemporary language”, in the same year she published her first catalogue published by Vanilla Edizioni.
Selected to exhibit in the “MIA Proposals” category of MIA Photo Fair, an international art fair dedicated to photography and moving images, she is one of the winners of the 2018 RaM Sarteano prize. In 2021, she is among the finalists for the Arte Laguna Prize. She has participated in several national and international exhibitions, and her works can be found in various collections, including those of the Dino Zoli Foundation and the 3M Foundation.