Nahmad Projects presents Lucio Fontana: I Tagli. Recognised as the 20th Century’s most idiosyncratic innovator and founder of Spatialism; Lucio Fontana’s (1899-1968) Tagli (Cuts) series are emblematic symbols of the Post-War Era. The exhibition presents extraordinary examples of this iconic body of work including a rare 1964 gold single Cut, alongside, for the first time, Pierre Néel’s 1972 documentary Lucio Fontana: Reaching Out Into Space. 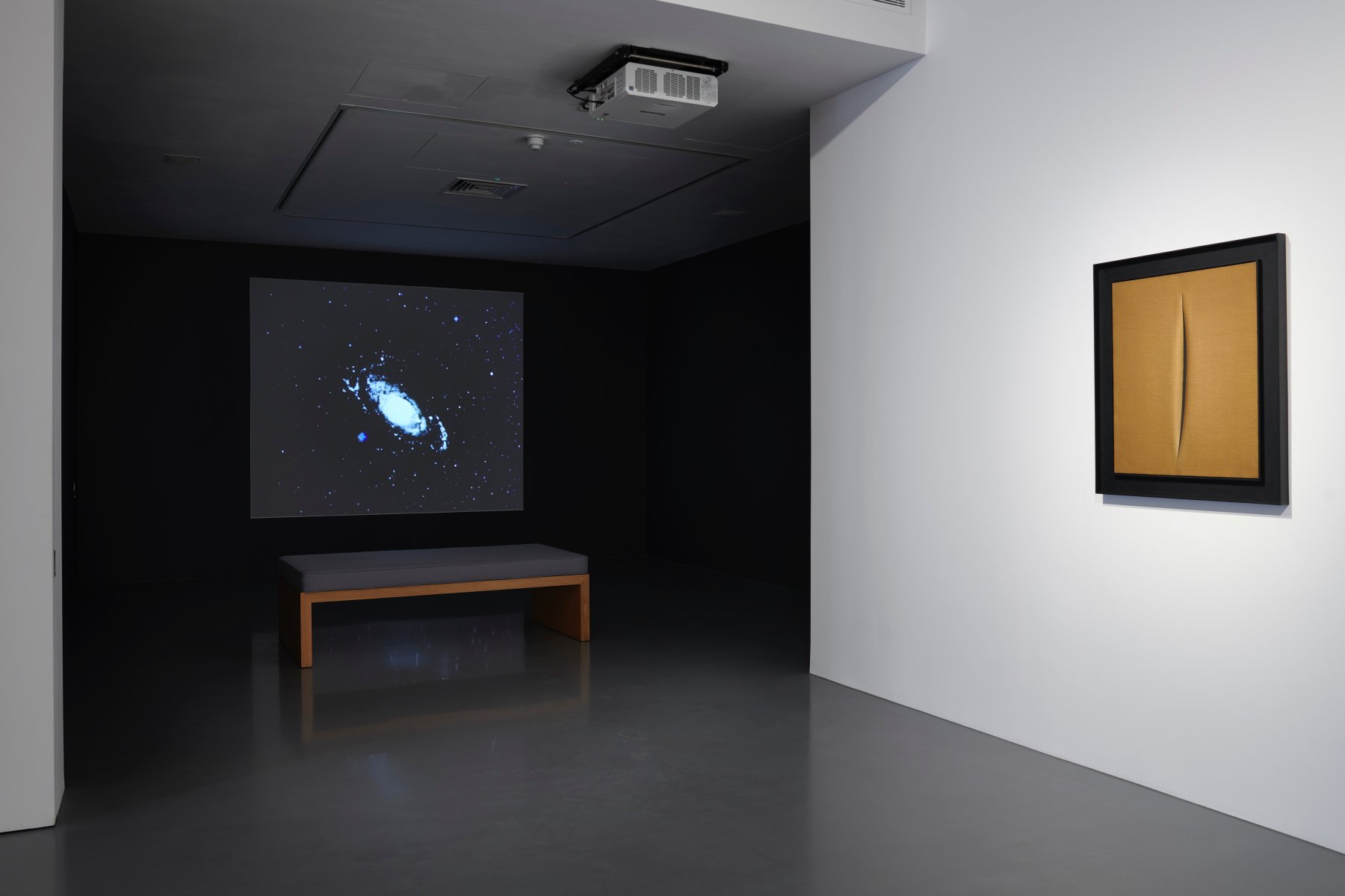 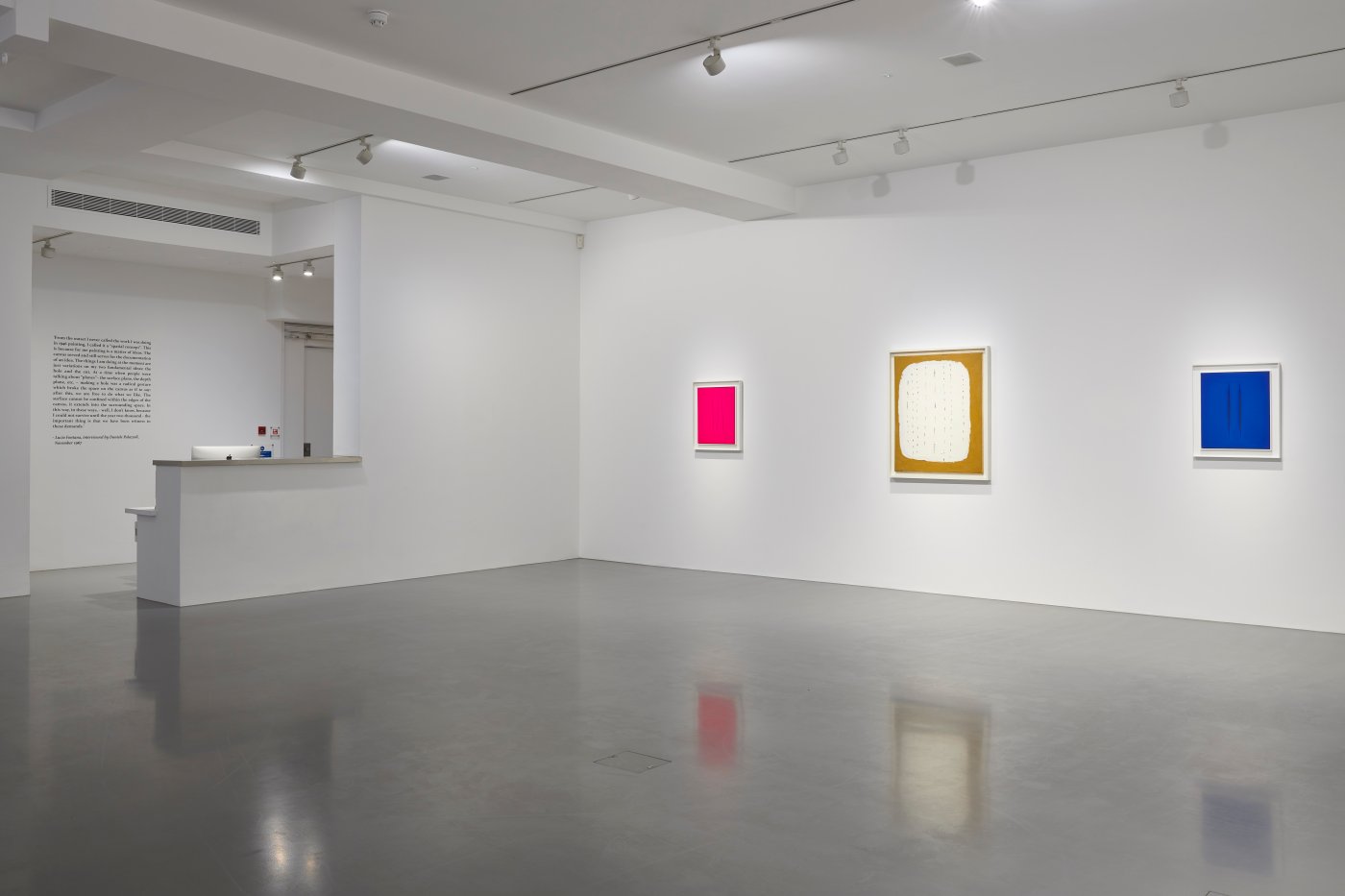 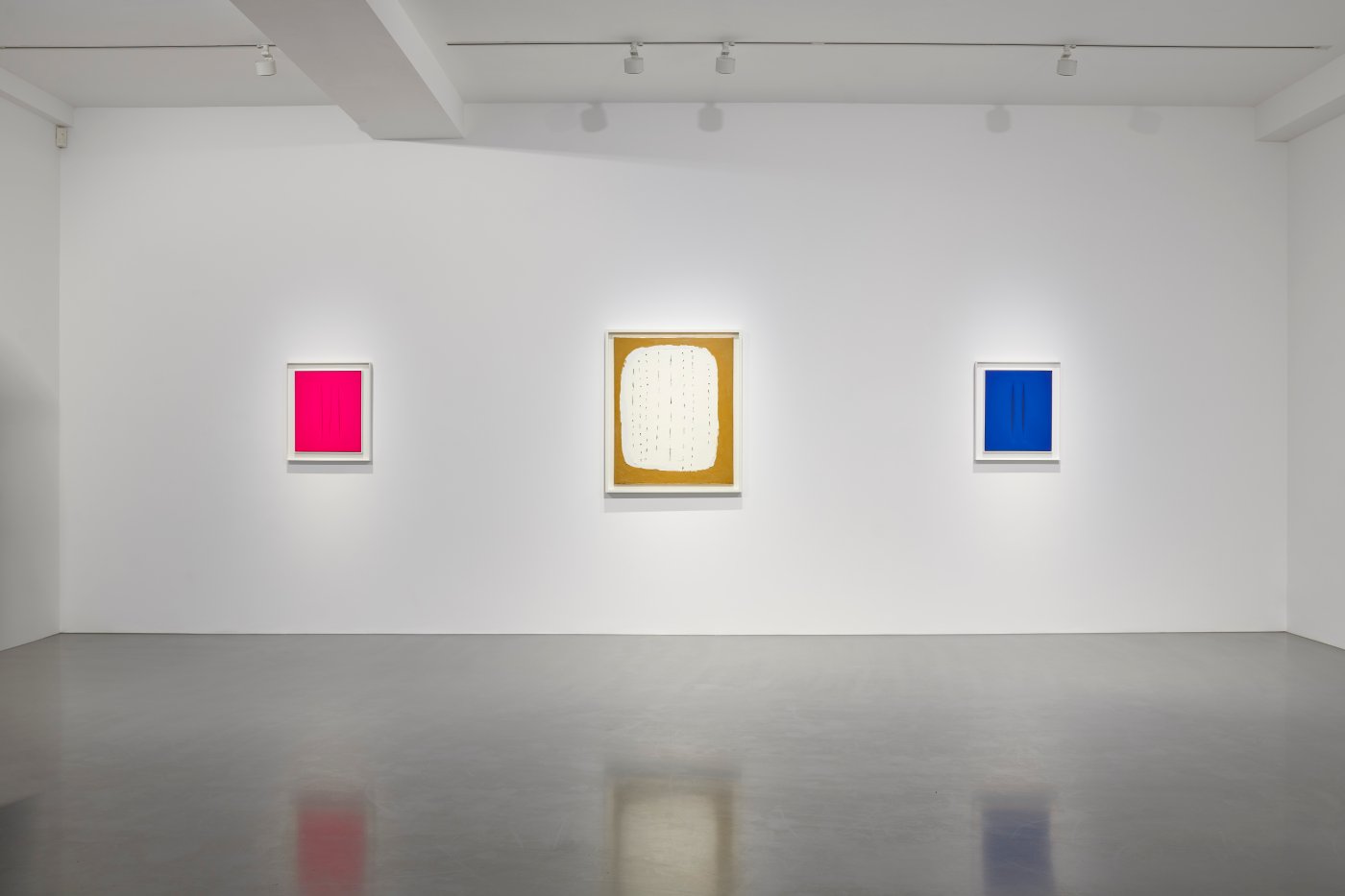 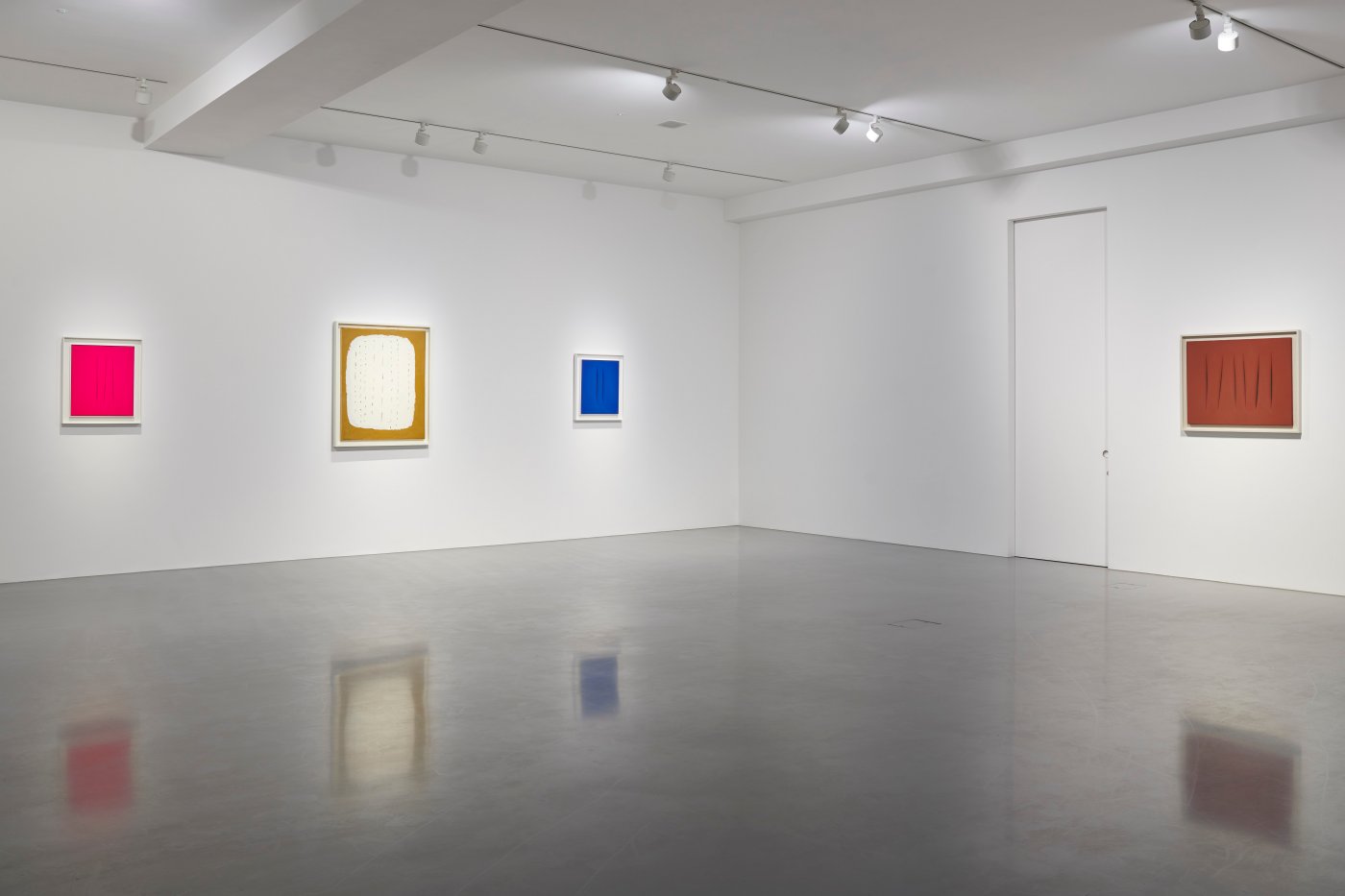 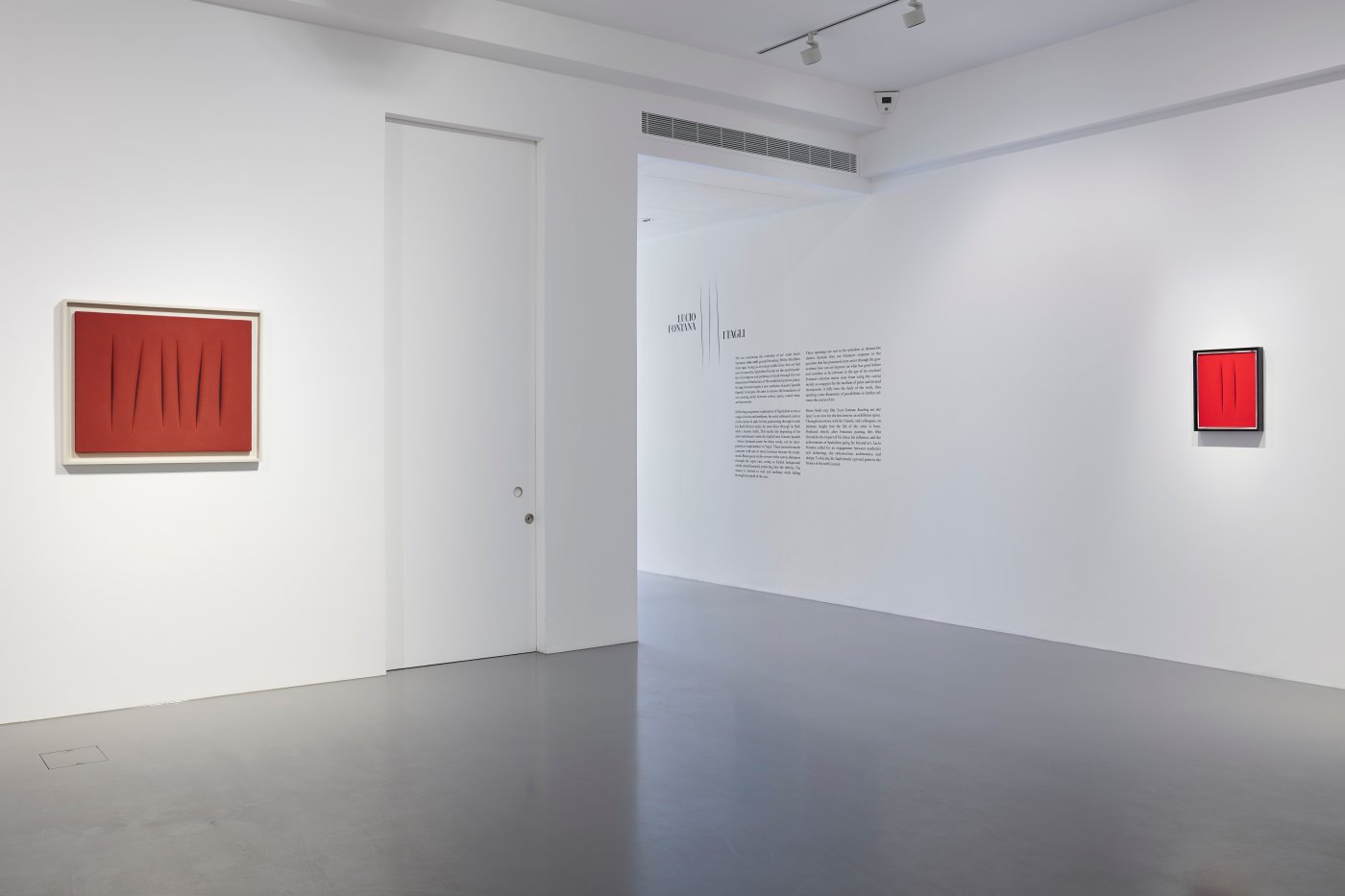 “We are continuing the evolution of art” reads the opening statement of the ground-breaking White Manifesto (1946). Acting as an inexpressible force that art had yet to transcribe, Spatialism focuses on the spatial qualities of sculpture and painting to break through the two-dimensional limitations of the traditional picture plane. In 1949, Fontana begins a new aesthetic: Concetto Spaziale (Spatial Concepts). He aims to remove the boundaries of art, creating unity between colour, space, sound, time, and movement. He remarks “I do not want to make a painting; I want to open up space, create a new dimension, tie in the cosmos, as it endlessly expands beyond the confining plane of the picture.”

Following progressive exploration of Spatialism across a range of series and mediums, the artist ultimately arrives at the canvas in 1958. At first, puncturing through it with his Buchi (Holes) series, he soon slices through its flesh with a Stanley knife. This marks the beginning of his most emblematic work: the Tagli. Concetto Spaziale – Attese, Fontana’s name for these works, can be interpreted as ‘expectations’ or ‘hope’. These monochromatic canvases with one or more incisions soon become his trademark. Black gauze on the reverse of the canvas shimmers through the open cuts, acting as formal background whilst simultaneously projecting into the infinite. The viewer is invited to wait and meditate while falling through the depth of the cuts.

These openings are not to be mistaken as destructive slashes. Instead, they are Fontana’s response to the question that has possessed every artist through the generations; how can art improve on what has gone before and continue to be relevant to the age of its creation? Fontana’s solution moves away from using the canvas merely as a support for the medium of paint and instead incorporates it fully into the body of the work, as a means of bringing ‘real’ as opposed to ‘illusionary’ space into an artwork, thus opening a new dimension of possibilities to further advance the course of art.

Pierre Néel’s 1972 film ‘Lucio Fontana: Reaching out into Space’ is on view for the first time in an exhibition space. Through interviews with his friends, and colleagues, an intimate insight into the life of the artist is born. Produced shortly after Fontana’s passing, this film chronicled the impact of his ideas, his influence, and the achievements of Spatialism going far beyond art. Lucio Fontana called for an engagement between aesthetics and technology, the subconscious, architecture, and design. To this day, his Tagli remain a pivotal point in the history of the 20th Century.