David Zwirner presents an exhibition of new works by Lucas Arruda, on view at 525 West 19th Street in New York. This marks the artist’s second solo show with the gallery, following his 2017 exhibition in London. 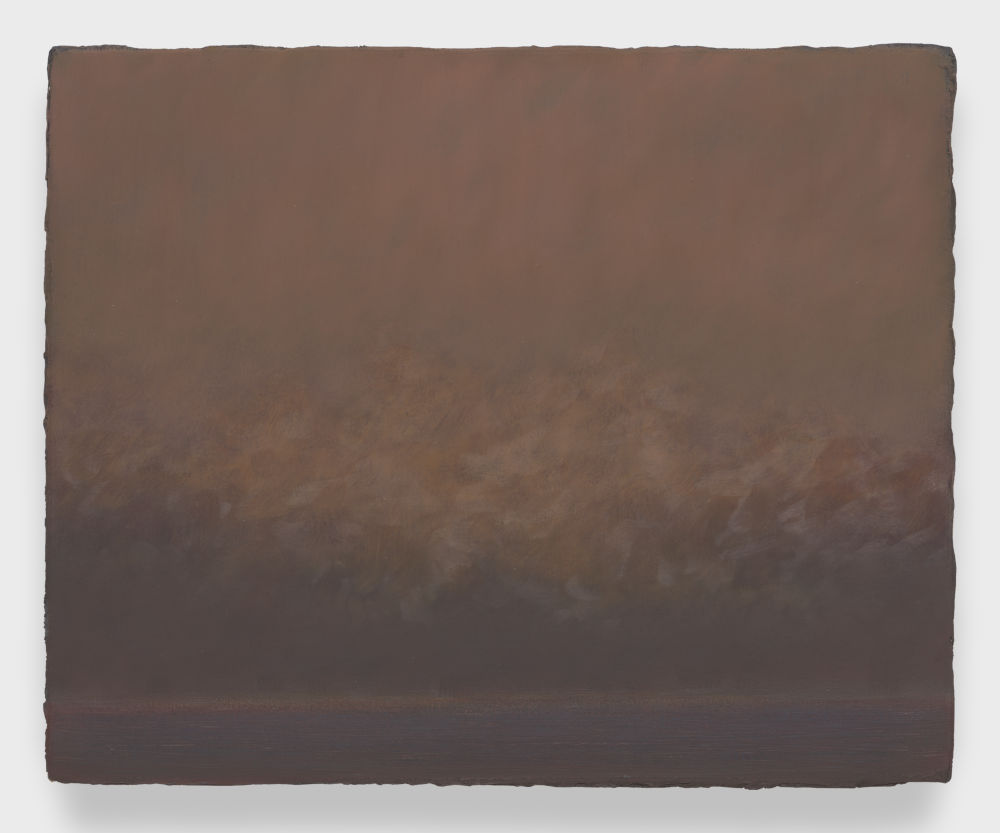 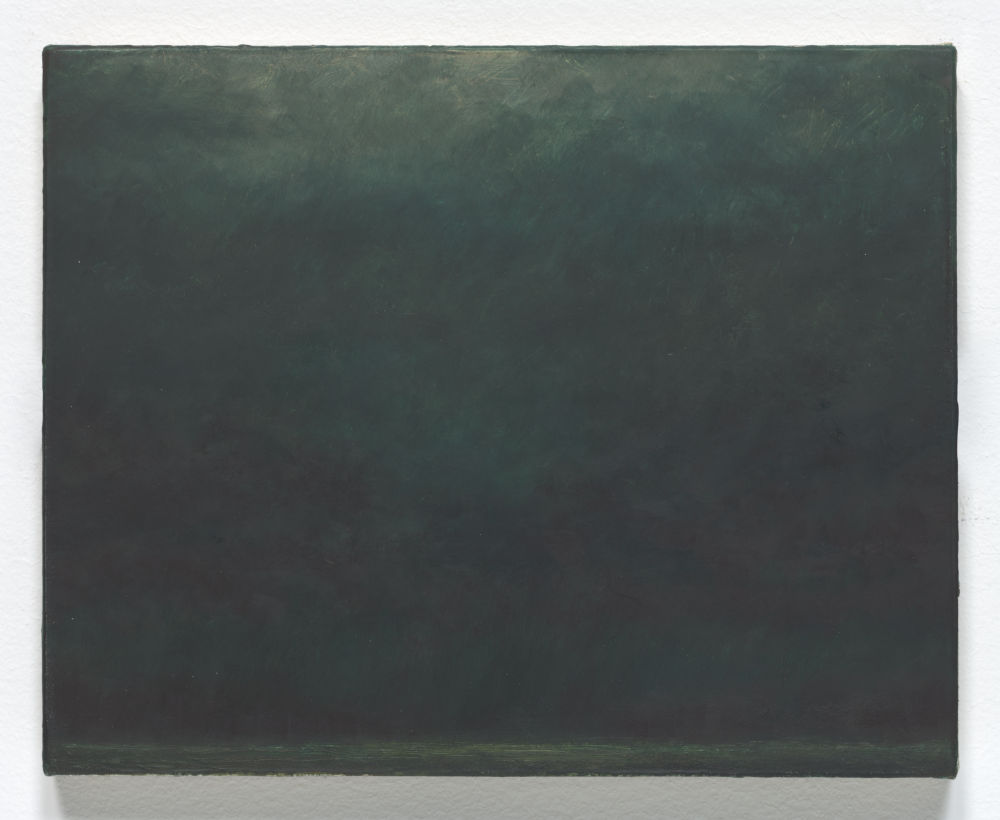 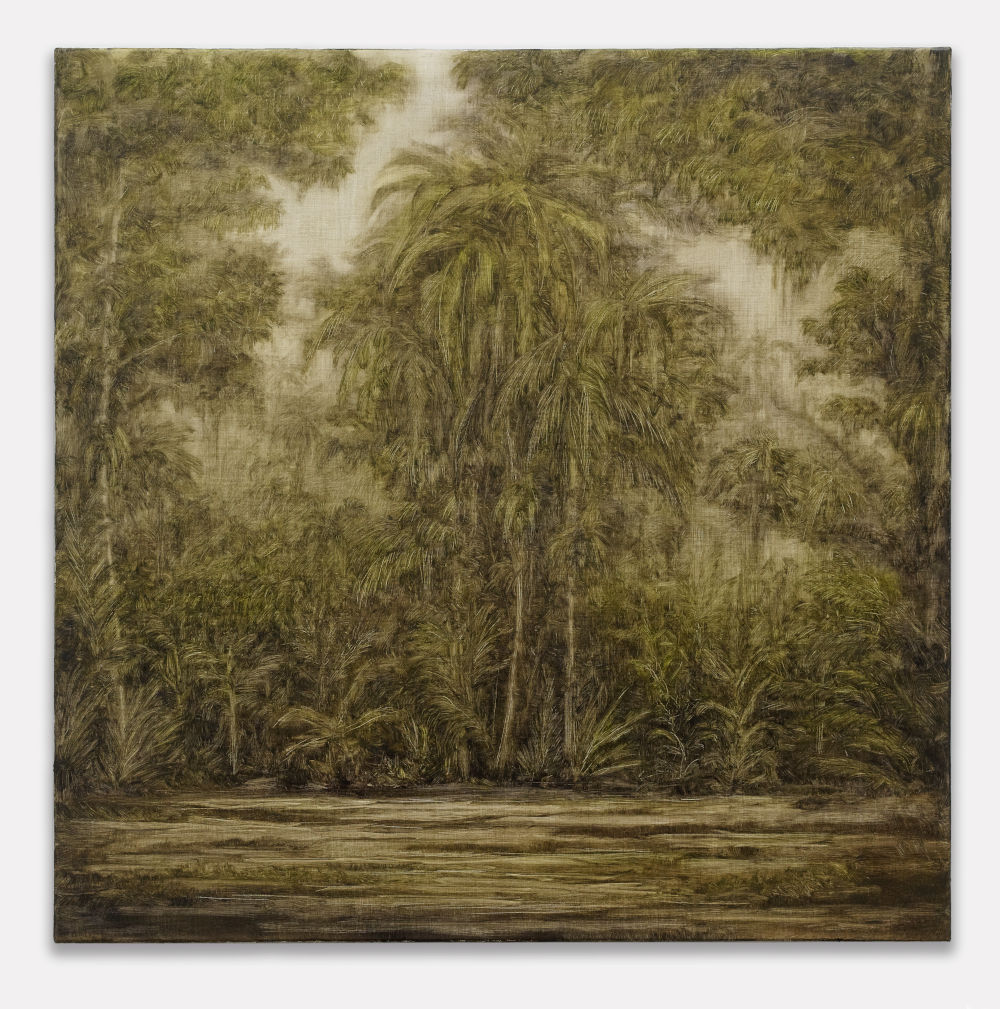 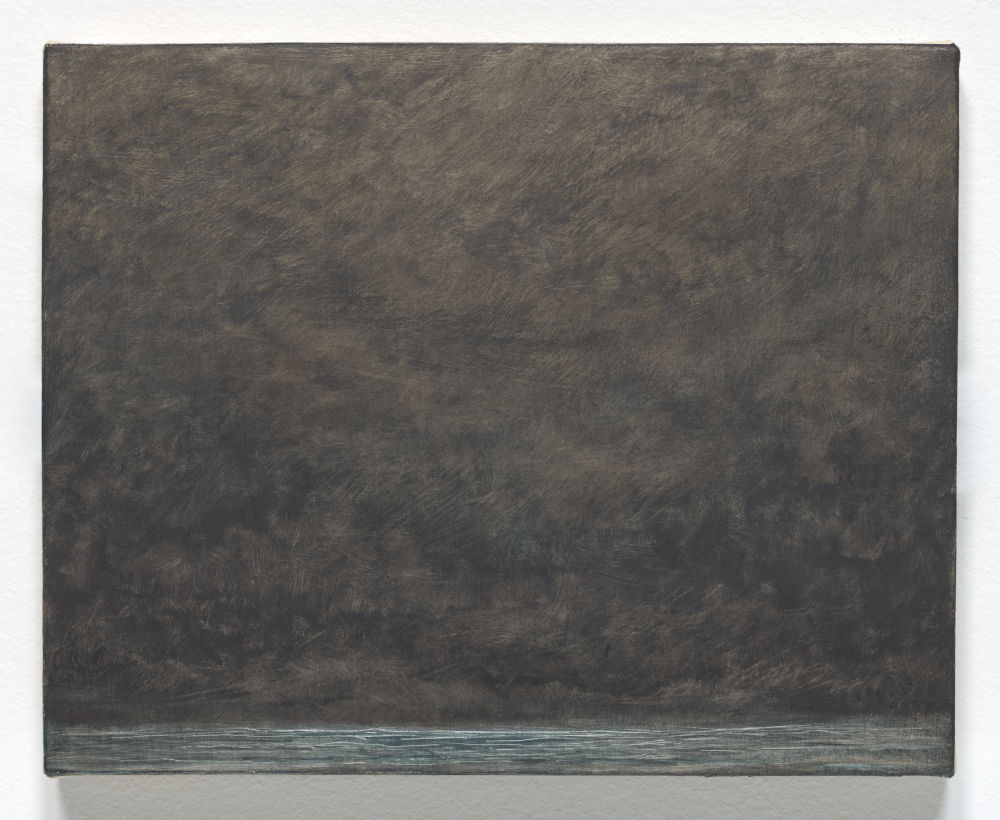 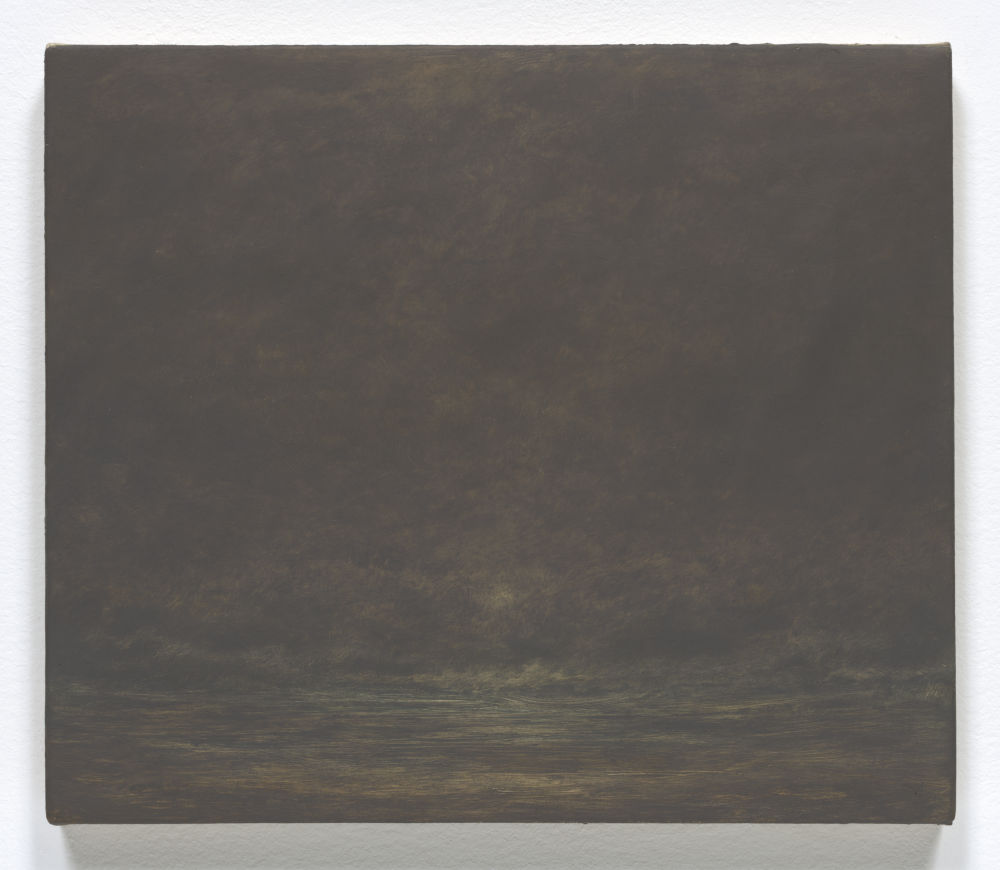 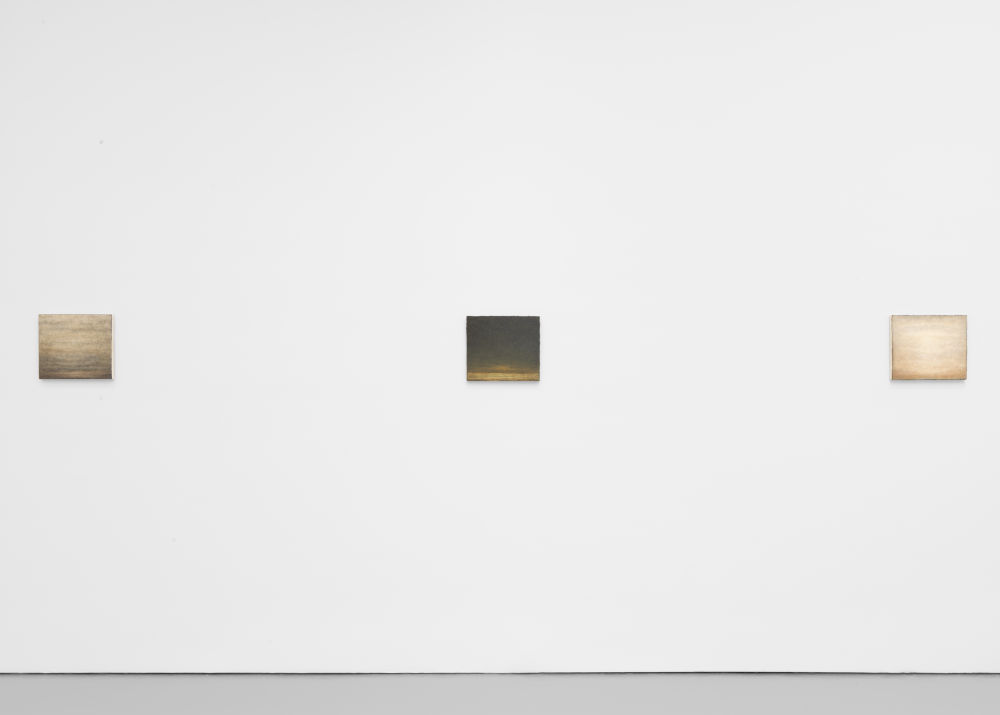 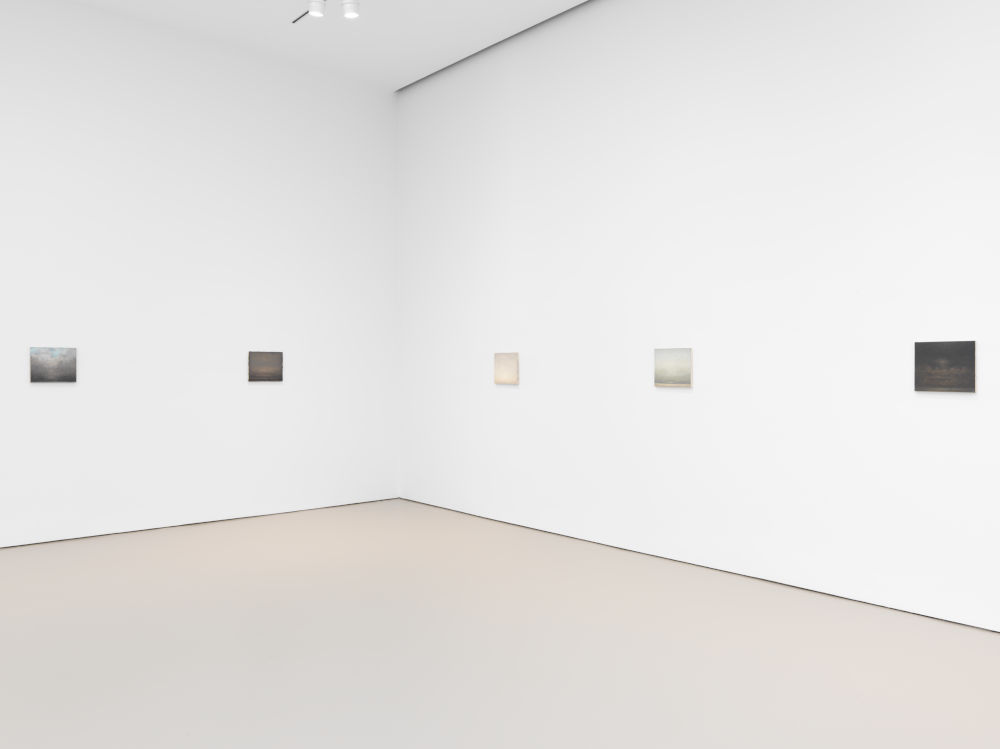 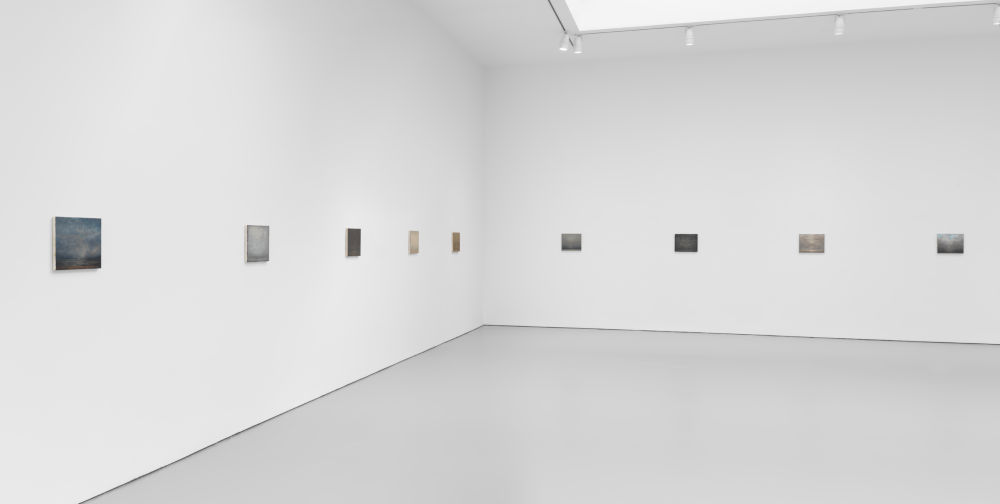 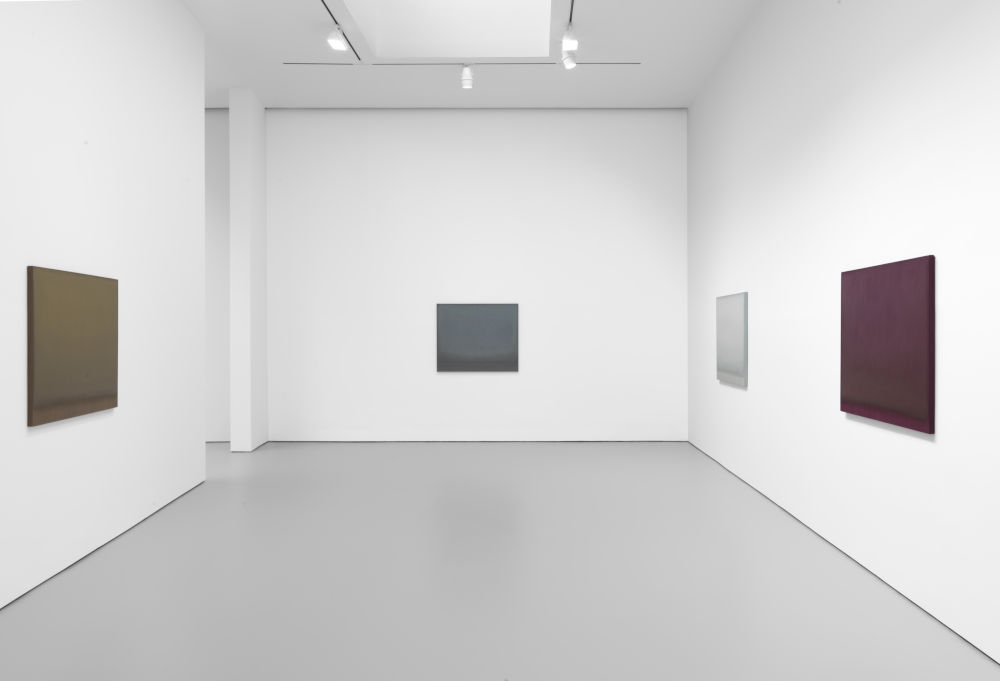 Arruda’s paintings are intricate, meditative compositions that blur the boundaries between mnemonic and imaginative registers, while bringing into form a complex rendition of landscapes that is more a product of a state of mind than anything else. As Arruda points out, “The only reason to call my works landscapes is cultural—it’s simply that viewers automatically register my format as a landscape, although none of the images can be traced to a geographic location. It’s the idea of landscape as a structure, rather than a real place.”(1)

The exhibition presents three groups of works, which can be loosely characterized as seascapes, jungles, and monochromes. In all of these paintings, Arruda’s often textured brushwork foregrounds the materiality and physicality of paint. While layer upon layer of paint is added to pre-dyed raw canvases to create the monochromes, the landscapes, on the other hand, are made on prepared surfaces and involve a reductive process whereby the impression of light emerges from the subtraction of pigment.

Painted from memory, neither the seascapes nor junglescapes recall particular locales but rather inspire meditative solitary contemplation—as Chris Sharp has suggested in a recent essay, “Their composition [is the] byproduct of an act of decomposition…. One does not get the impression that the artist is trying to recall something so much as trying to conjure it into being, or … exhaust it.”(2) This cycle is ultimately concluded in the monochrome paintings, which signal emptiness and silence, but still revolve around a dense and yet delicate play between light and shadow. In turn, they register a kind of decantation of experienced sensations, as well as colors.

Devoid of specific reference points, the seascapes are all grounded by only horizon lines, fluctuating between abstraction and figuration. Above and below the lines, charged atmospheric conditions engage further dichotomies between sky and earth, the ethereal and the solid, the metaphysical and the visual. The jungles, by contrast, encompass verticality and allusive associations to the rainforests that populate the artist’s native Brazil. Flat and impenetrable, the quasi-mythical scenery revolves around a tension between imagination and reality.

Rather than observing nature, the artist seeks to uncover “a sensation, a state of mind suspended within the medium of paint … that can’t be grasped through language because there aren’t sufficient visual elements to describe it.”(3)

On the occasion of the exhibition, a monograph on the artist is forthcoming from David Zwirner Books featuring new scholarship on the artist and an essay by Will Chancellor.

The artist’s first monograph was published in 2018 by Éditions Cahiers d’Art, Paris, with texts by Fernanda Brenner, Chris Sharp, and Hans Ulrich Obrist.

Arruda has participated in numerous international group exhibitions, including New Shamans/Novos Xamãs: Brazilian Artists, Rubell Family Collection, Miami (2016); Kiti Ka’aeté, The Modern Institute, Glasgow (both 2015); and Os Primeiros 10 Anos, Instituto Tomie Ohtake, São Paulo (2012); among others. In 2015, Arruda’s work was featured in the 1st International Biennial of Asunción: Cry of Liberty, Asunción, Paraguay and, in 2013–2014, his work was on view as part of the 7th La Bienal 2013: Here Is Where We Jump!, Museo del Barrio, New York.

The artist’s work has been represented by David Zwirner since 2018, and is included in the permanent collections of the Fondation Beyeler, Basel; J. Paul Getty Museum, Los Angeles; Pinacoteca do Estado de São Paulo, São Paulo; and the Rubell Family Collection, Miami. Arruda lives and works in São Paulo.