Louisiana on Paper. Birgit Jürgenssen: Ich Bin / I Am

Louisiana on Paper. Birgit Jürgenssen: Ich Bin / I Am 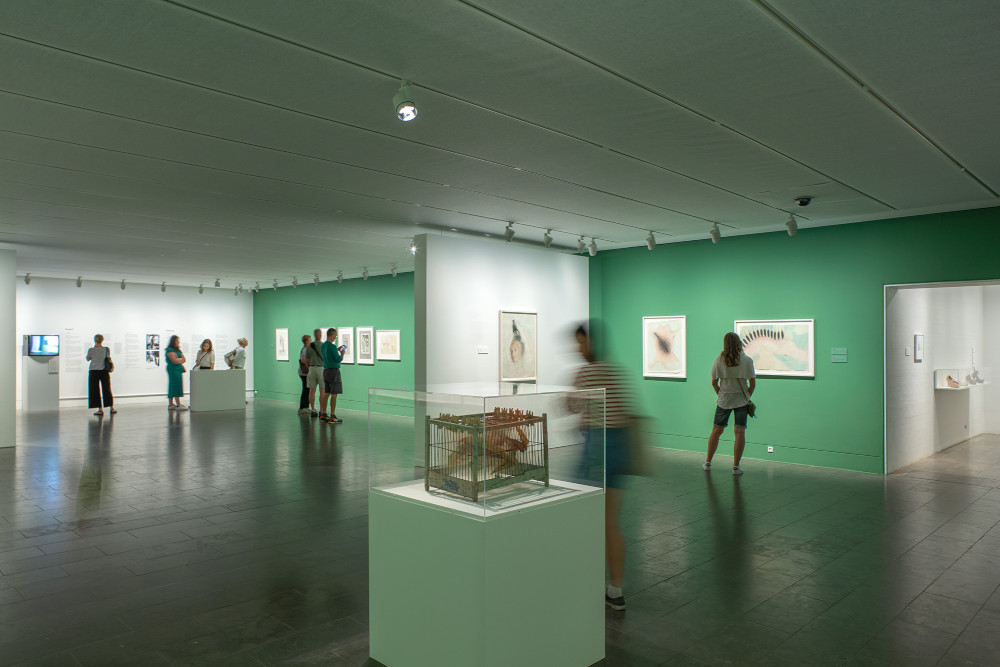 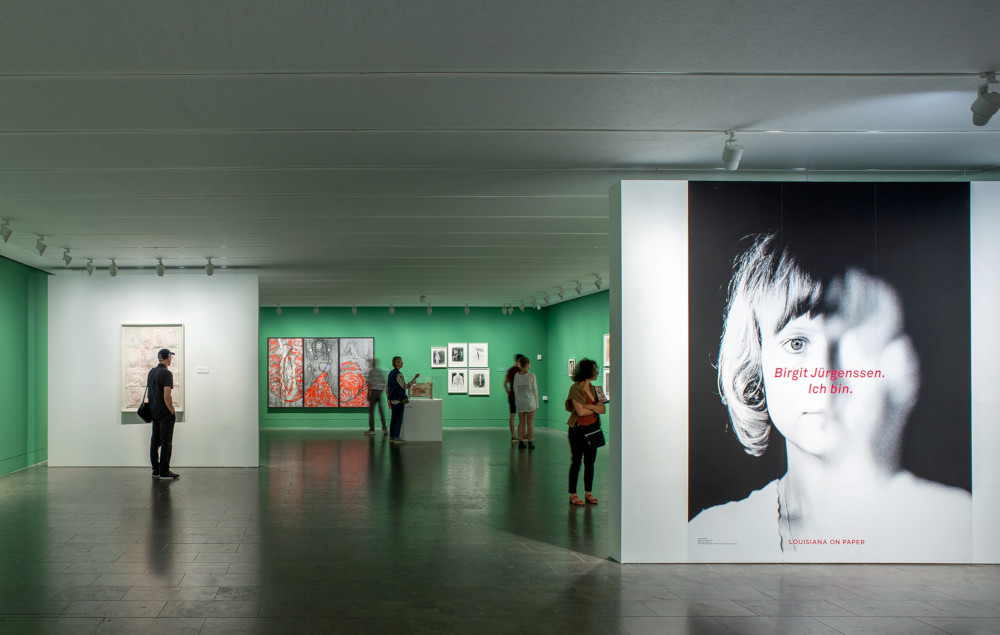 Birgit Jürgenssen (1949-2003) belongs to a strong circle of Austrian women artist who emerged in the 1970s such as Maria Lassnig and Valie Export. As early as the age of eight Jürgenssen was imitating works by Pablo Picasso and signing them BICASSO Jürgenssen.

Playing with different identities and the deconstruction of the patriarchal world order later became major features of Jürgenssen’s artistic activity. In drawings and photo­graphy, Jürgenssen’s preferred media, she thematized the role of woman in society, deploying an acerbic, subversive sense of humour.

In one of her best known photographic works we see Jürgenssen herself through a glass door dressed as housewife with her face pressed against the door, upon which is written “Ich möchte hier raus!” – “I want out of here!” – out of the home, that is. In a drawing from the same time the housewife is depicted literally as a wild lion in a cage. Jürgenssen’s works are not only a war-cry against the structural oppression of women; at the same time they present the possibility that a woman (or man) can break out of a role and don the mask or identity she or he wants for her/himself.

The exhibition presents more than 70 works and has been organized in collaboration with Estate Birgit Jürgenssen, Kunsthalle Tübingen and GAMeC Museum in Bergamo.