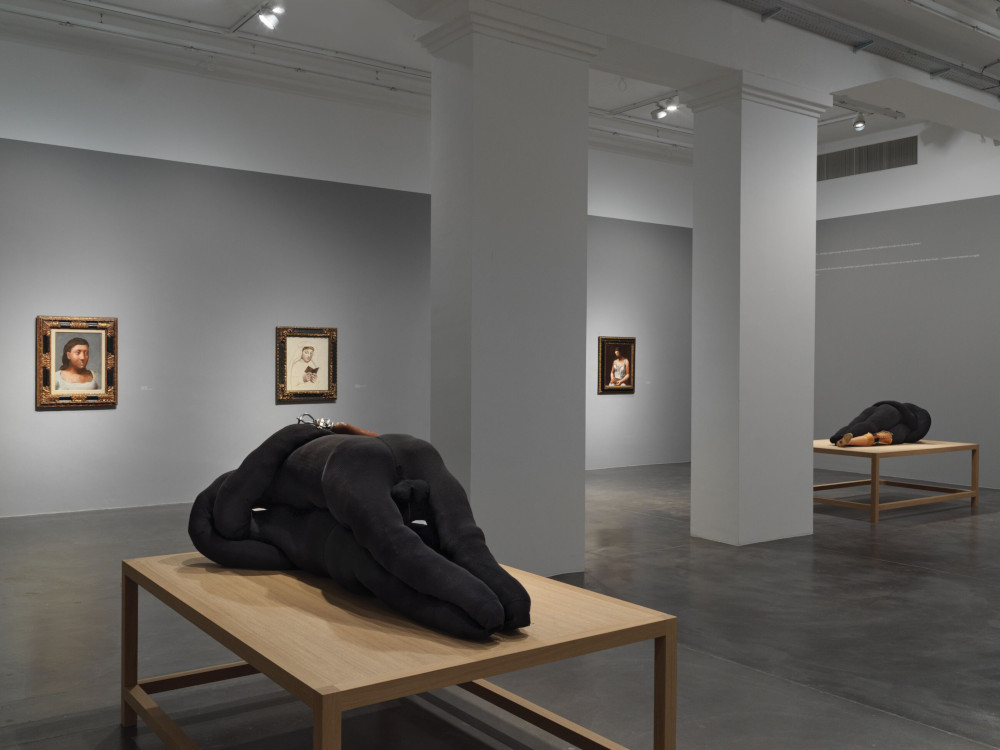 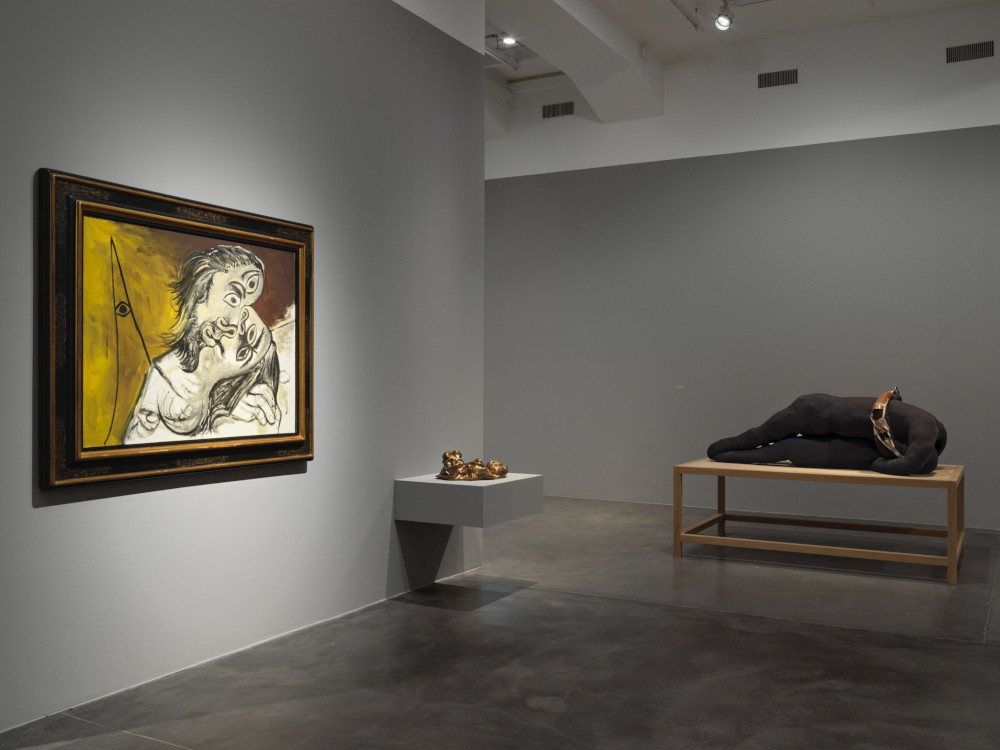 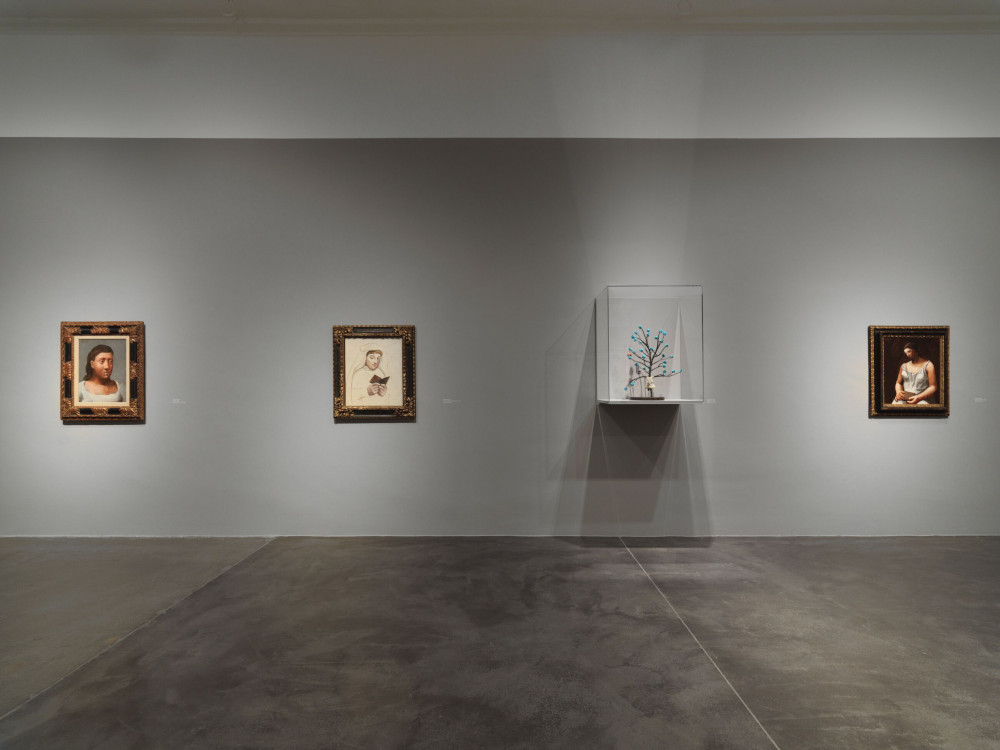 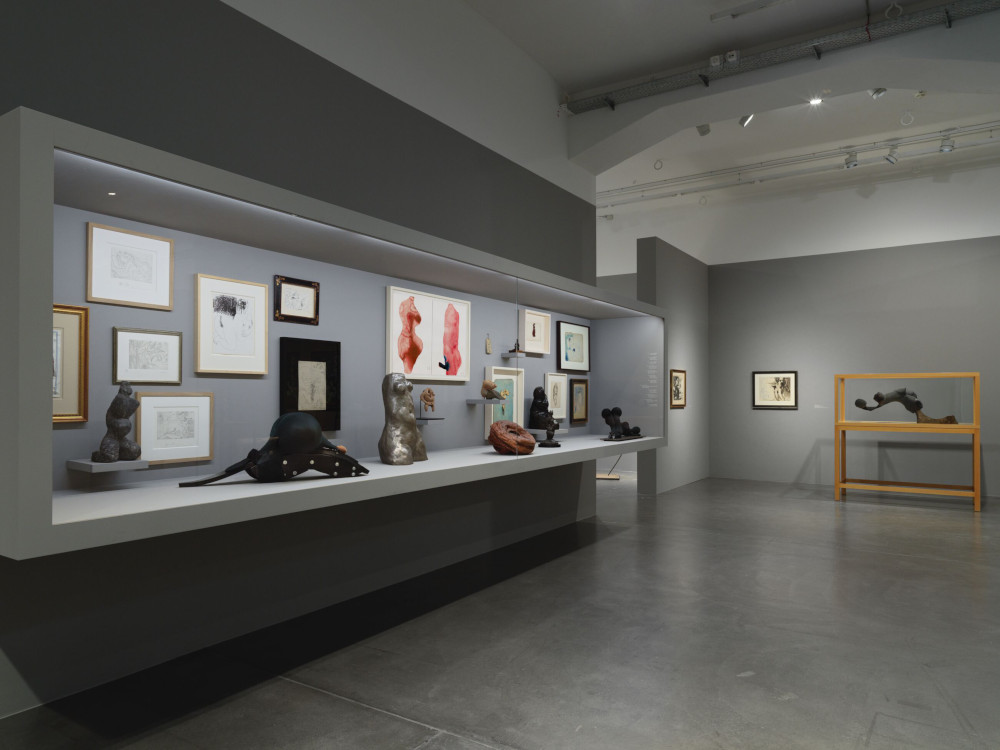 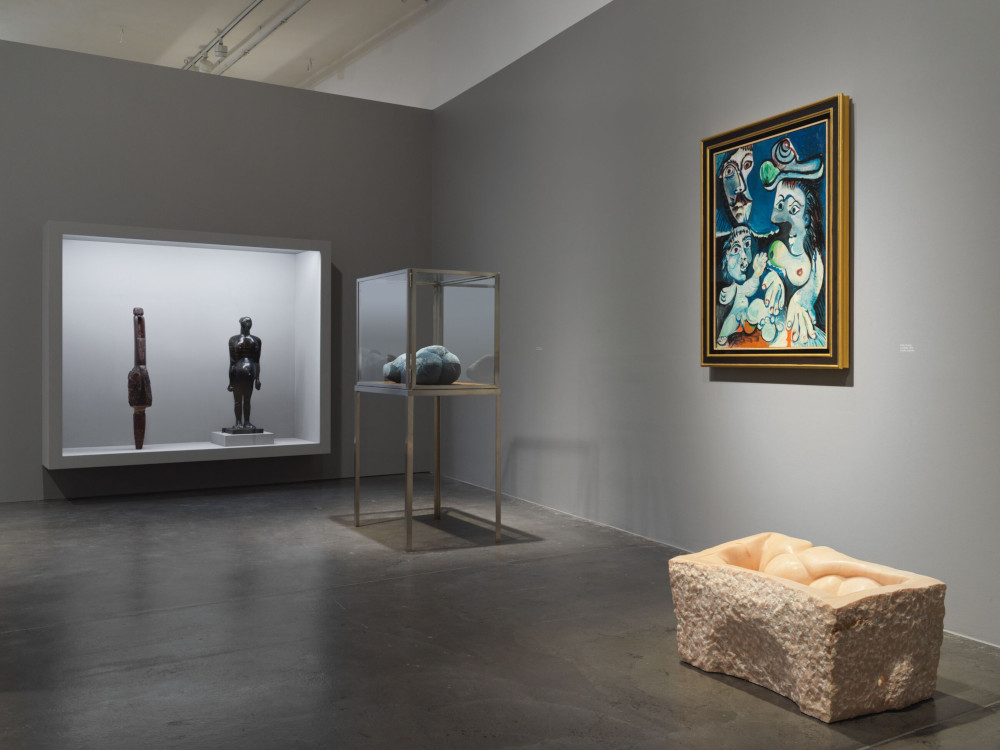 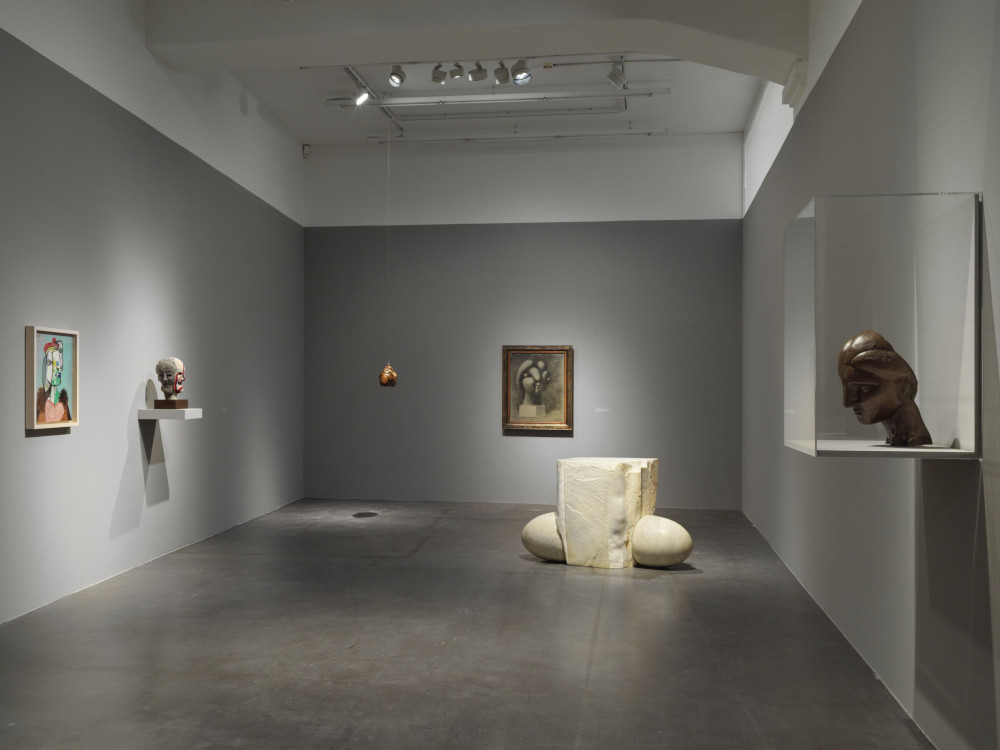 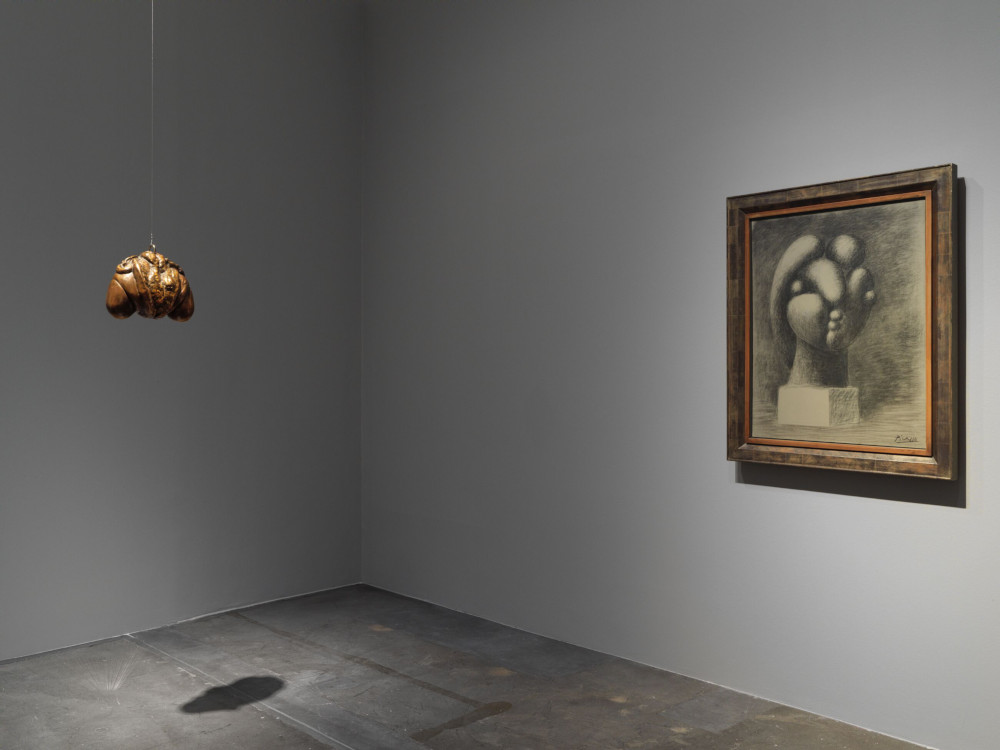 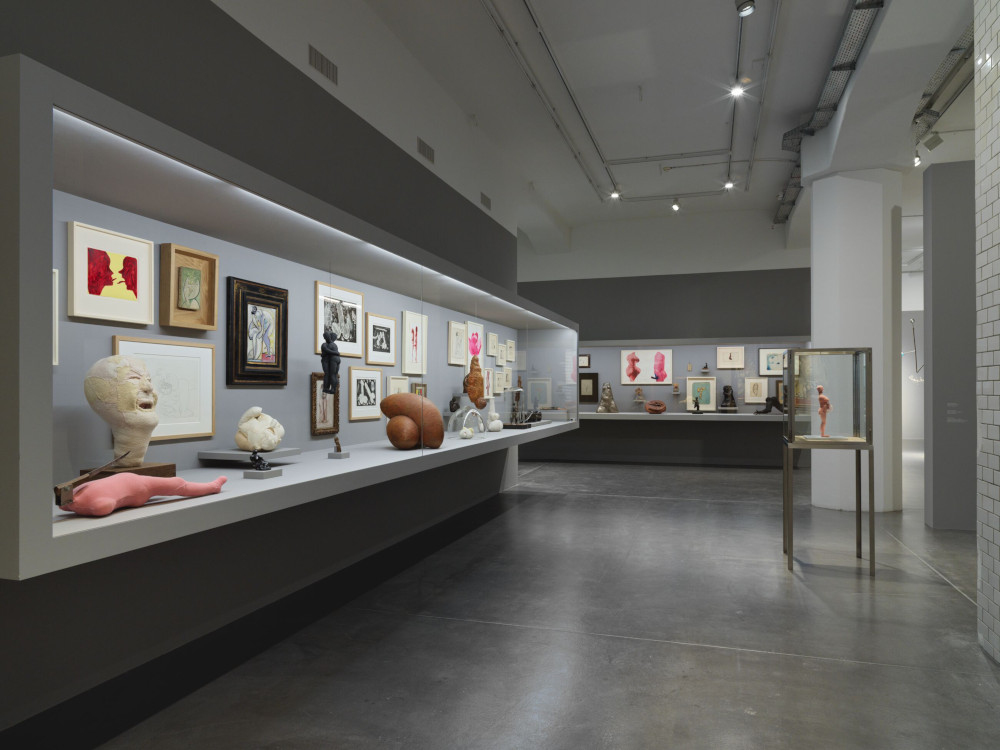 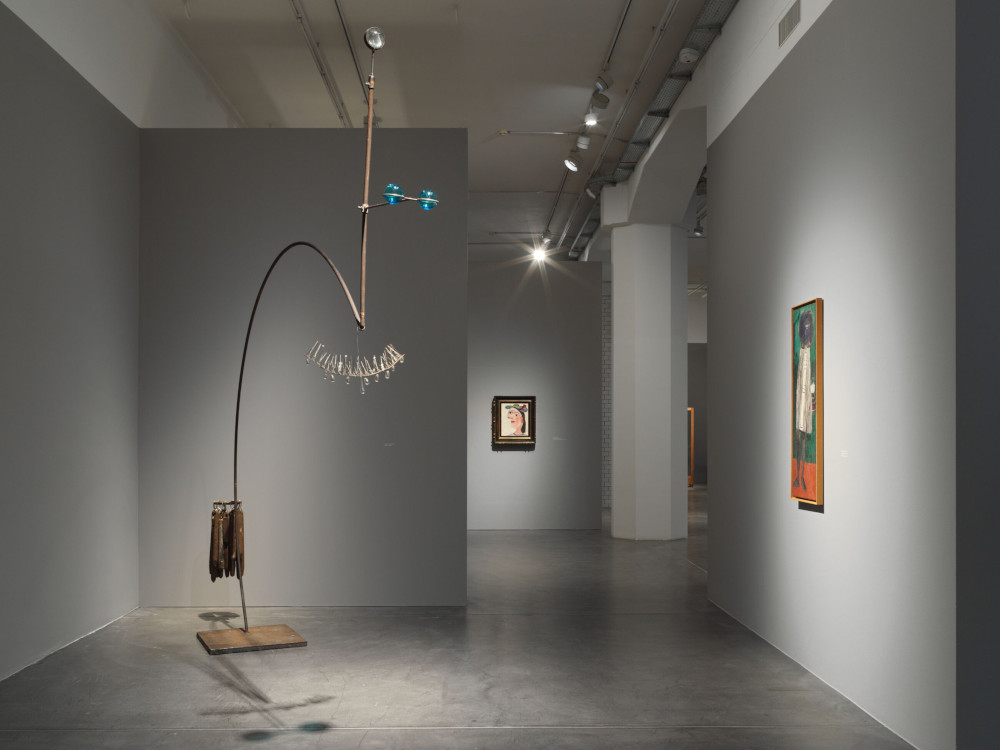 The exhibition is the first time that Picasso is exhibited in a dual dialogue with a female sculptor and brings together over 90 works including paintings, sculptures and works on paper from important public institutions and private collections such as the Fondation Beyeler (Riehen/Basel), Nasher Sculpture Center (Dallas), and Kunstmuseum Den Haag (The Hague). Curated by highly renowned specialist Marie-Laure Bernadac, former curator at the Louvre, Musée Picasso (Paris), and Centre Pompidou, the exhibition is organised in close collaboration with the Louise Bourgeois Studio.

The aim of the exhibition is to foster a discourse on the work of Bourgeois and Picasso by exploring the differences and affinities in the artists’ formal, thematic and iconographic language. The presentation will display intentional pairings of works, ‘by placing these artists together for comparative analysis, this exhibition sheds new light on their oeuvres and rids us of the clichés of the virile painter armed with a phallic brush and the sculptress armed with a knife,’ explains curator Marie-Laure Bernadac. The original inspiration for the pairing came from an exhibition organised by the Beyeler Foundation in 2011, curated by Ulf Küster, which presented works by Bourgeois in dialogue with works by modern masters from the Beyeler collection confirming the artist’s position as one of the key bridges between modern and contemporary art.

This exhibition takes ‘the couple’ as its guiding theme, a de facto marriage of these two artists yet also an allusion to subjects crucial to them: man and woman, sexuality, pregnancy, and maternity. While Bourgeois and Picasso embody different conceptions of the artist-type, and do not have a formal affinity or similar sensibility, they share an interest in the topic of sexuality. What Bourgeois said of herself could equally apply to Picasso: ‘…my centre is my sexuality. Everything lies there. It is the fixed point.’

The embrace is a recurring theme for Picasso who turned two beings into one, expressing the carnal fusion that occurs in the act of kissing in the painting ‘Le Baiser’ (1969). Depicted in cinematic close-up, the two profiles of man and woman merge in a single line as they clash and curl in figures of eight. The theme of the couple – or rather of coupling – appears repeatedly in Bourgeois’s oeuvre, for example, in drawings from the 1940s showing male and female profiles face-to-face. Bourgeois’s Landscape series of 1967, with its poured formations suggestive of human contours, developed from the amorphous plaster and latex pieces of the early sixties. Across the surface of ‘End of Softness’ (1967) emerge undulating protuberances and coagulations that stretch and sometimes penetrate the surface. The work merges male and female, hardness and softness in an uncanny and ambivalent fusion, as if implying a metamorphosis frozen in time.

Louise Bourgeois and Pablo Picasso never met. They belonged to different generations, Picasso being born in the late nineteenth century (1881–1973), and Bourgeois in the early twentieth century (1911–2010). While Bourgeois amply knew and admired Picasso’s work – she once claimed a Picasso exhibition in New York ‘revealed such genius and such a collection of treasures that I did not pick up a paintbrush for a month’ – it would seem that Picasso never saw her work, which was almost totally unknown in France in the 1960s and 1970s.

However, there are striking similarities between their biographies and artistic approaches. Both Bourgeois and Picasso were precocious children, raised in the artistic atmosphere of a family workshop, who developed an obsession with collecting and archiving personal items. They believed in the power of the word and produced an abundant poetic output: Picasso’s was voluminous and calligraphic, Bourgeois’s was obsessively diaristic, yet also visual and literary. Both artists also felt that art is profoundly autobiographical and saw their output as a form of physical incarnation and also took recourse to archaic, primitive sources of creativity. These subjects were handled in varied ways throughout their careers.

The artists deciphered and developed their ideas around fertility, represented by mother deities, although here the marked divergence between their approaches can be seen in Bourgeois’s nuanced and ambivalent portrayals of the mother figure. Pregnancy appeared in Bourgeois’s oeuvre as early as 1947 with ‘Pregnant Woman’, a hieratic figure in wood and plaster, like some primitive idol. Later, in the early 2000s, there were the figurines in pink fabric, here the infant was sometimes positioned on the outside of the mother’s belly, enclosed in a transparent, tulle, womb-like sac to convey its fragility. Few artists dealt with the scene of childbirth in such a recurrent, explicit fashion – the infant exiting the womb or clinging to its umbilical cord. These late depictions are a metaphor of rebirth, of creative power, and the cyclical return, in old age, to the condition of a newborn. Picasso depicted pregnancy several times, such as in the sculpture ‘Femme enceinte (Pregnant Woman)’ of 1950 to 1959, whose belly and breasts in the original plaster were made from terracotta vases. This sculpture was created when Picasso’s partner, Françoise Gilot, was pregnant first with Claude and then with Paloma, and he explores the metamorphosis of a woman’s body through pregnancy.