They are in between: in between animals and humans, in between resting and pouncing, in between sleep and wakefulness. I saw myself as the viewer, trying to get past them just before they saw me.
—Louise Bonnet

Gagosian presents Sphinxes, an exhibition of new drawings and a new oil painting by Louise Bonnet. This is the first time her work has been shown in Switzerland. 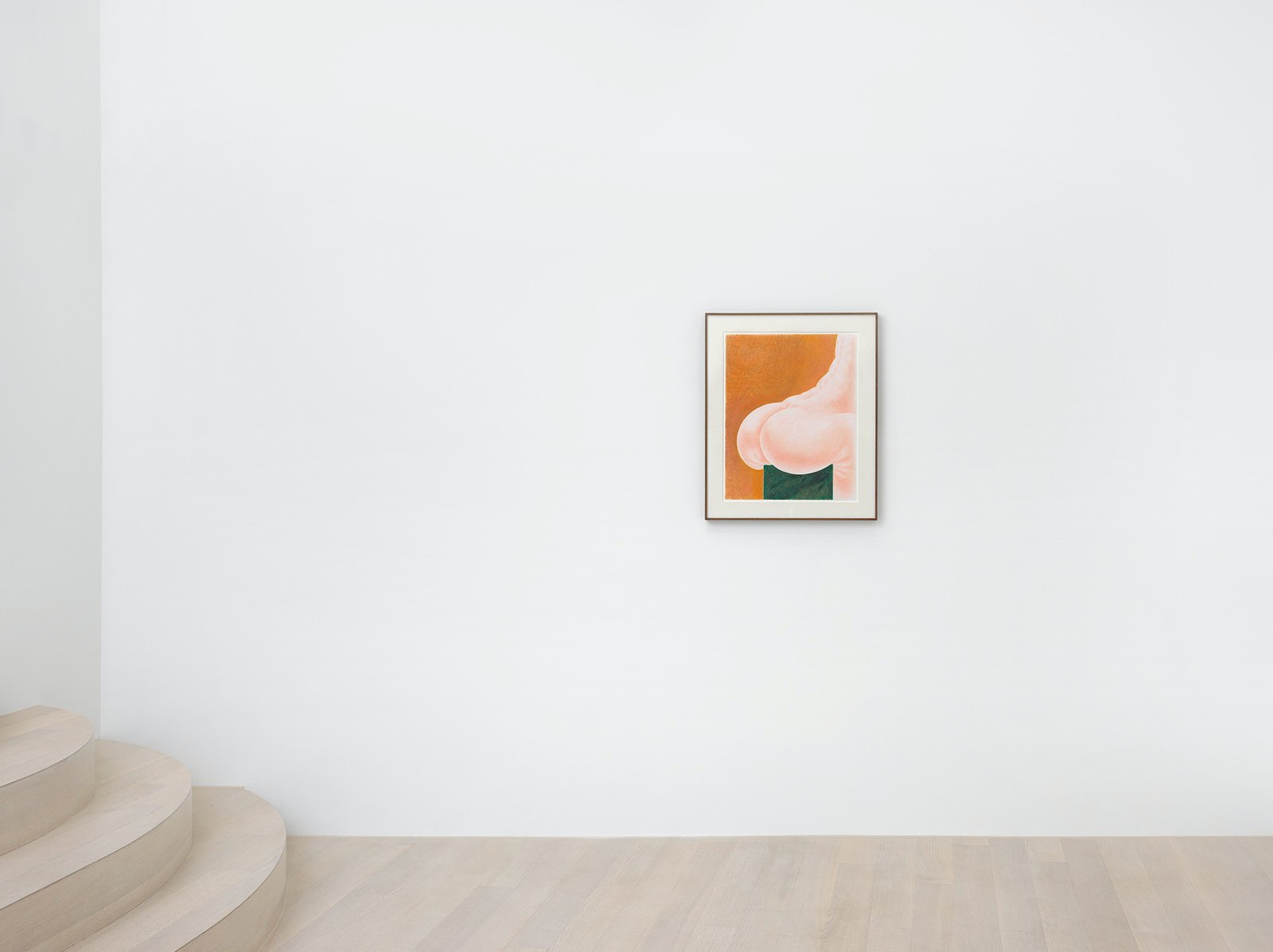 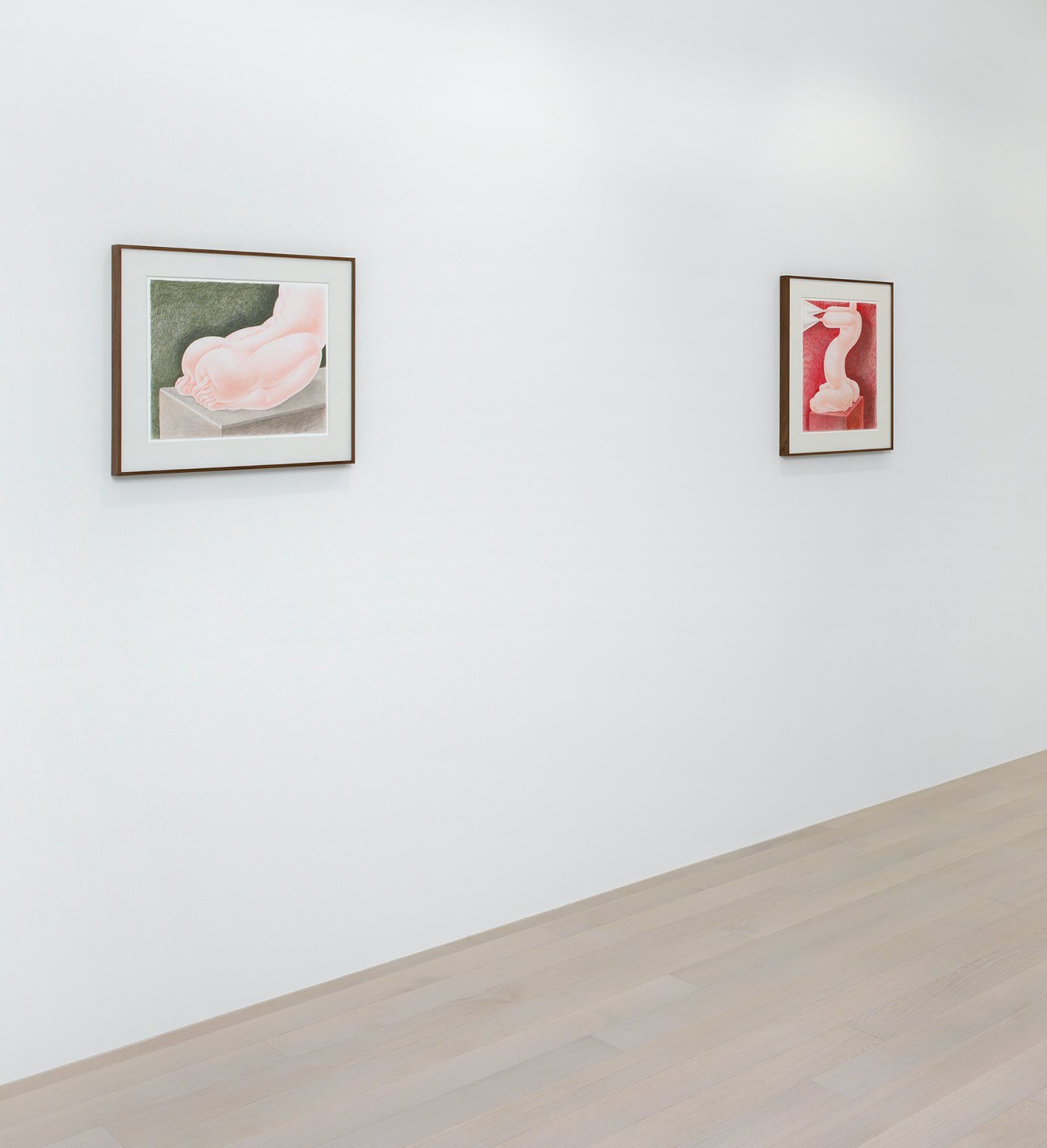 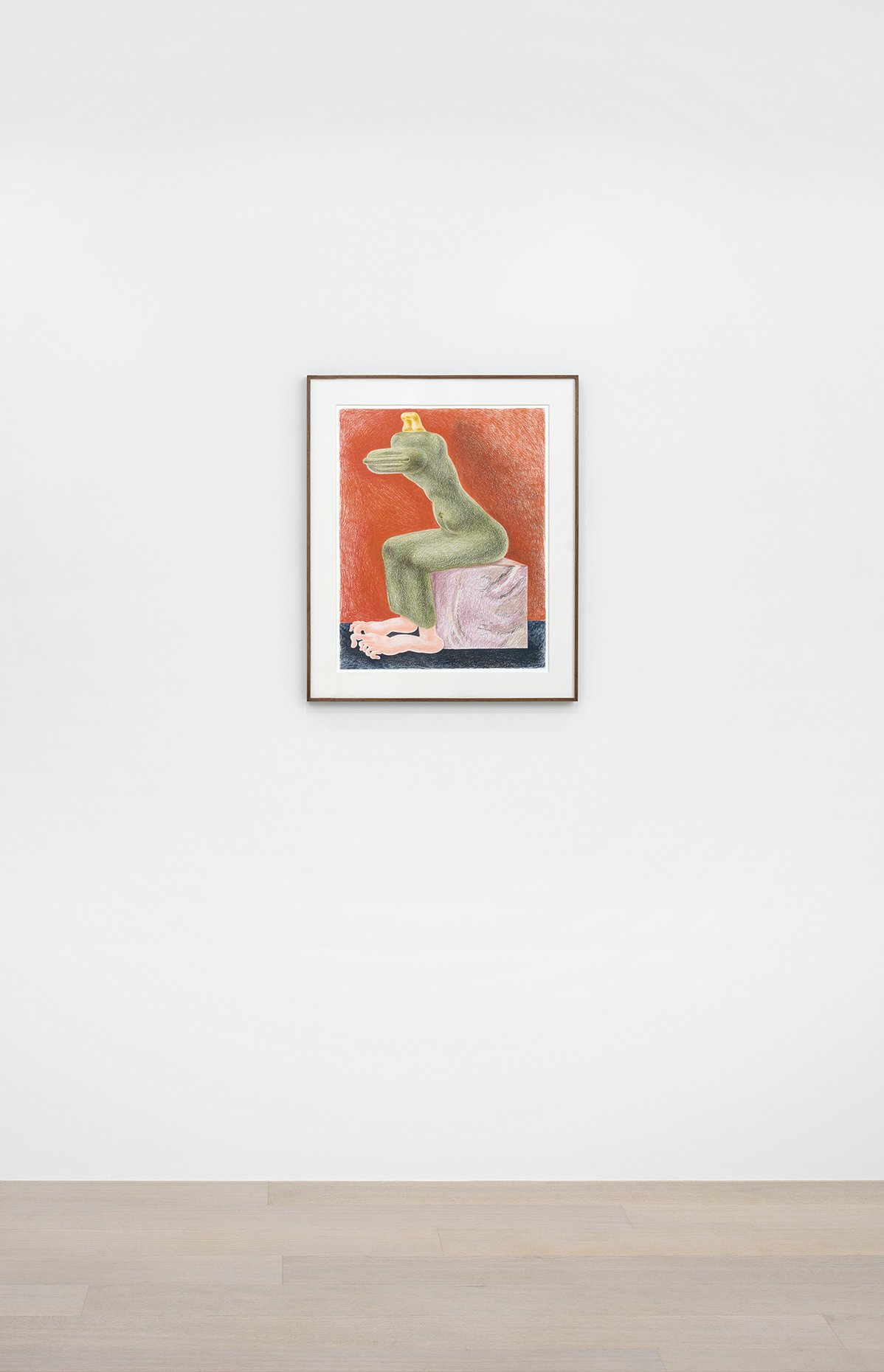 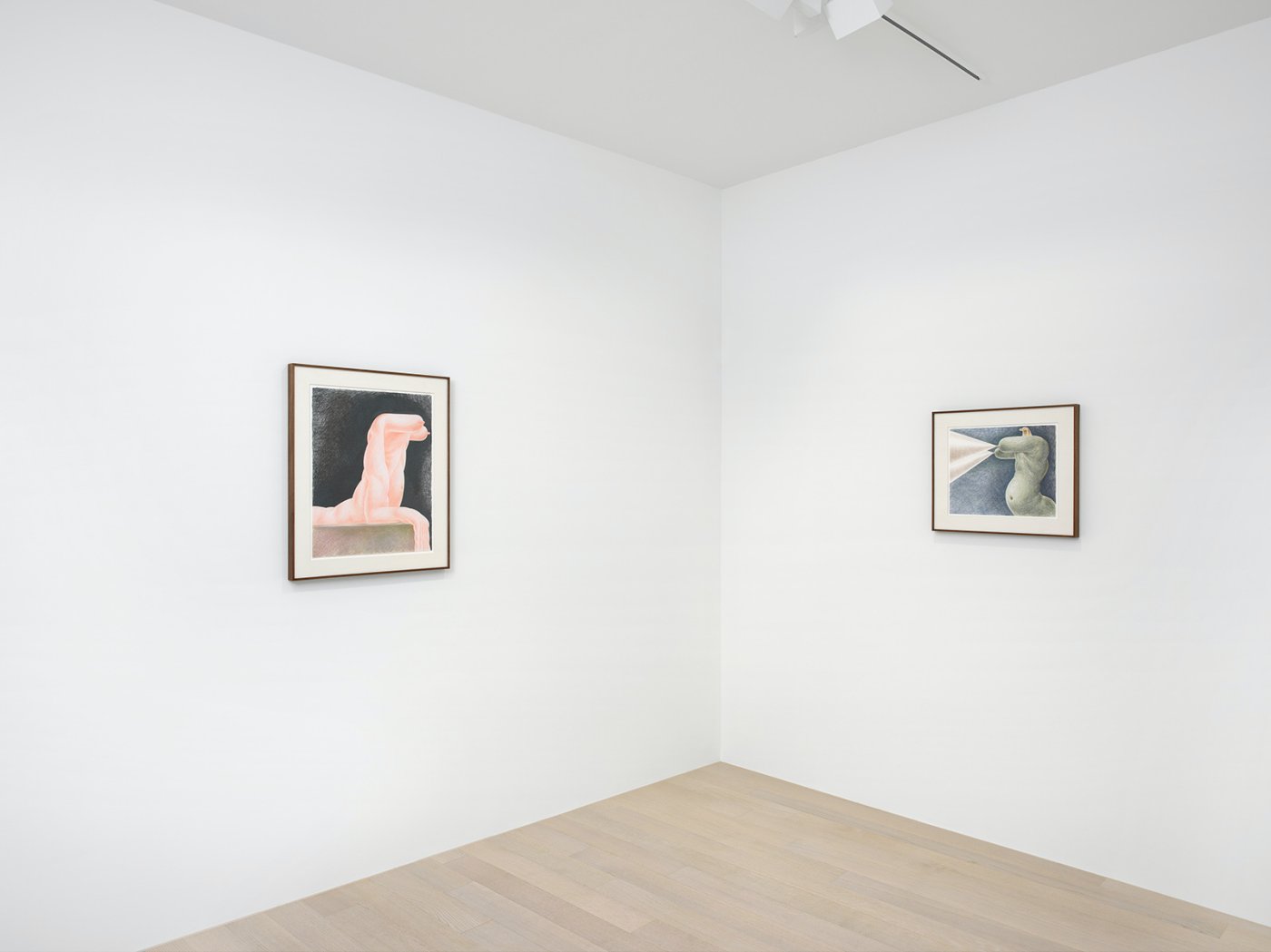 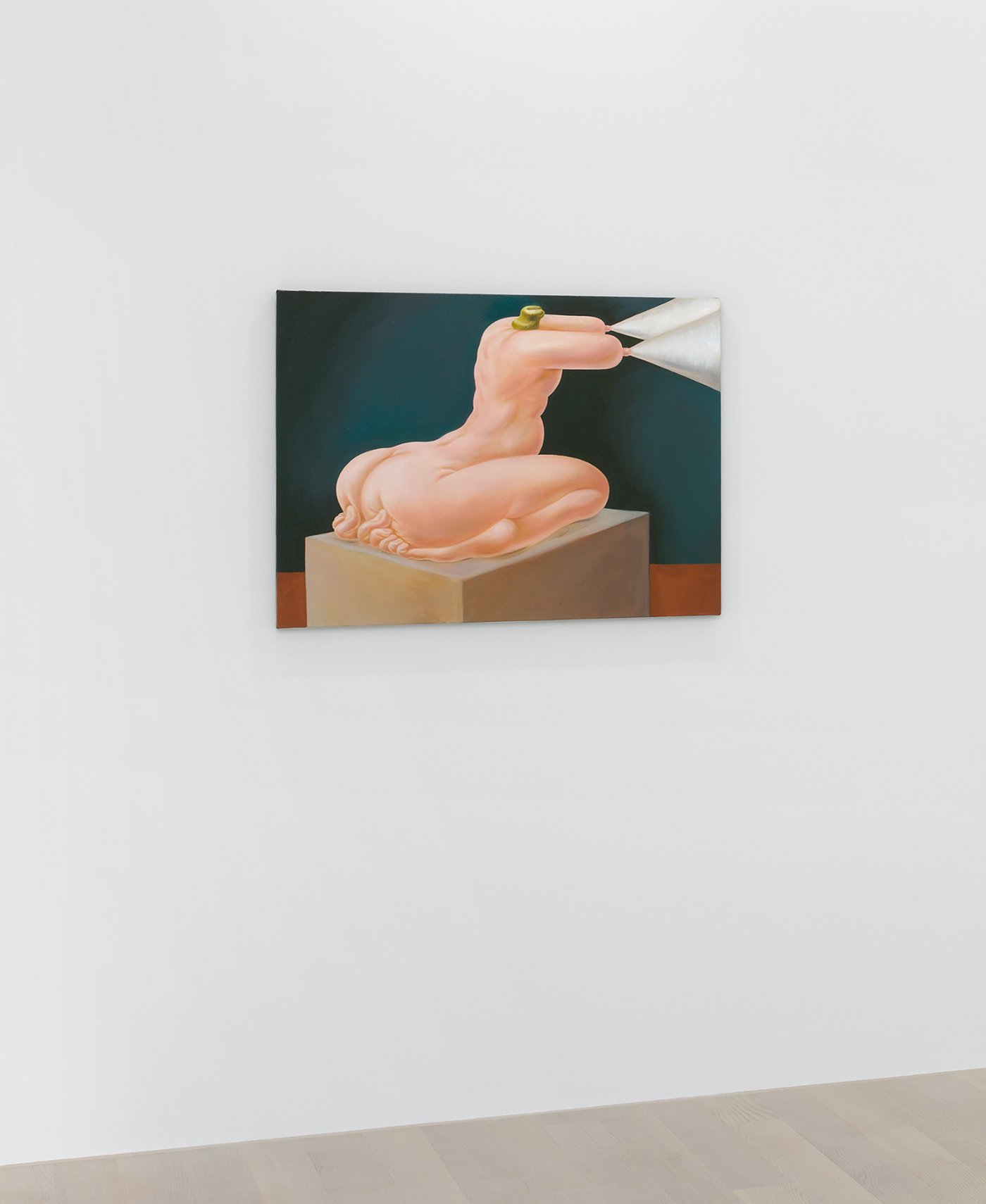 Inspired by a wide variety of sources—from the old masters to Surrealism to the satirical drawings of R. Crumb—Bonnet’s exaggerated forms walk a line between the beautiful and the grotesque, and between absurdist comedy and extreme psychological and physiological tension. In these new works, she positions the female body as a guardian of power, filtering the mythical creature’s symbolic associations through contemporary perceptions of gender, sexuality, and identity. Poised to protect or slay, each of Bonnet’s contorted sphinxes is rife with latent potential.

Crouching, kneeling, or sitting on pedestals, the subjects hearken back to their historical origins as legendary fusions of woman, lion, and falcon who served as merciless gatekeepers—as seen in the Greek myth of Oedipus, who had to solve the Sphinx’s deadly riddle in order to enter the city of Thebes—or, in the Egyptian tradition, as majestic protectors of imperial tombs. Here, however, the sphinx is metamorphosed into a fully human form that combines raw power with femininity.

In Kneeling Sphinx 2 (2021)—the sole painting in the exhibition—Bonnet isolates the sphinx against a spare background and renders her head as an enigmatic blond blur, concentrating instead on the surreal construction of her body. Her outstretched arms morph into a pair of elongated breasts that spray cones of milk, a touch of simultaneous humor and body horror that also alludes to shape-shifters from the science-fiction films that inspire Bonnet’s visual language. Placed on a cubic plinth, the sphinx appears statue-like in her stillness, yet her muscled back and richly rendered skin connote a vital corporeality.

In contrast to Bonnet’s earlier work—which often includes depictions of bloated forms and impossibly hyperextended limbs—these new drawings compress the body against itself like a tightly wound spring. Knees press firmly against stomachs, spines curl into serpentine shapes, and toes are clenched with a viselike grip. Yet Bonnet’s chosen medium of colored pencil also tempers these sphinxes with a certain intimacy; they appear lighter, softer, and more pliant than their painted counterparts, suggesting that power can be realized through gentleness as well as force.