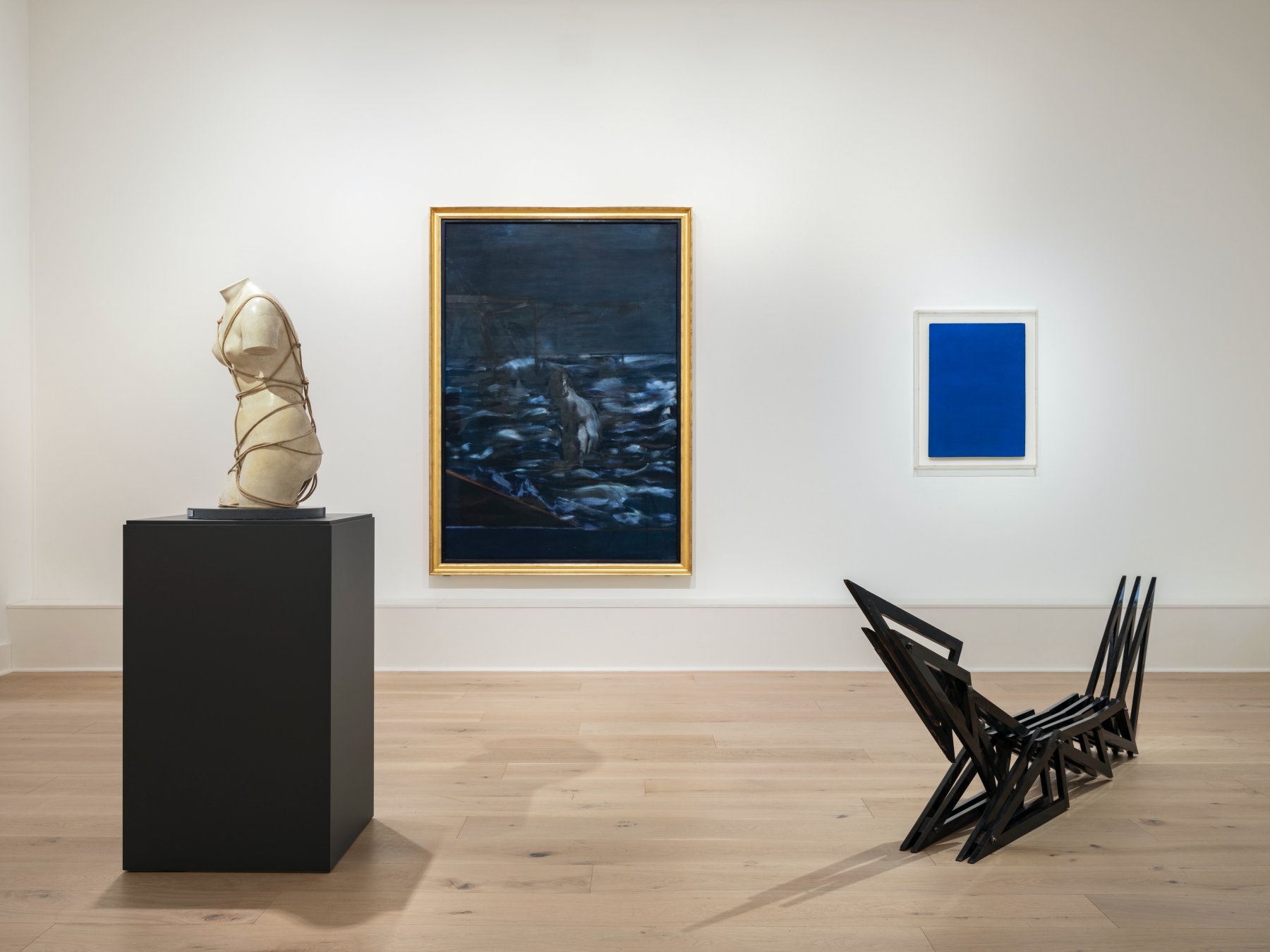 As the Second World War came to an end, Italy experienced an unprecedented influx of tourists, immigrants and short-term residents, most notably from North America. Of the many artists who settled in or visited Italy during this period, Robert Rauschenberg and Cy Twombly became most famously identified with their artistic achievements in the country. These included several exhibitions in which new series of works were produced; a meaningful encounter with their Italian contemporary Alberto Burri; and, eventually, Rauschenberg winning the International Grand Prize in Painting at the Venice Biennale in 1964. This latter event is still today considered an indicator of a historic shift in the power balance between Europe – the former artistic centre of the world – and the United States as the new, leading global force in the arts from the 1950s onwards.

Lost in Italy sets out to expand the well-rehearsed narrative of this exchange and to explore a range of major artistic achievements whose relationship to the international hub in Italy has often been overlooked or reduced to limited perspectives. Richard Serra’s first solo exhibition, for example, took place in Rome in 1966 at the Galleria La Salita, and included, as its title indicates, Animal Habitats: Live and Stuffed. Serra’s radical decision to exhibit live animals in the gallery space had no precedent in the context of modern art and directly influenced the emergence of the Italian Arte Povera movement. It also revealed the influence of the Italian economic reality at the time (where rural and urban rituals and costumes were still entwined) on Serra’s developing practice. Other case studies explored in the show include exchanges between Robert Rauschenberg and Alberto Burri, the exploration of writing and calligraphic elements in painting in the works of Cy Twombly and Jannis Kounelis, the sculptural study of animal forms through various new media in the work of Pino Pascali and Richard Serra, and the encouragement of artists, such as Alexander Calder, to engage with various forms of public display including outdoor commissions and expansive displays like those afforded by the Venice Biennale.

In hindsight it is hard to determine whether these Italo-American and Italo-European affairs of the 1950s and ’60s represent a love story, a battleground or a game of Chinese whispers in which an exchange of ideas of unknown quantity and quality took place. To explore these relationships, and to better understand their implications on the contemporary artworld and art market, the exhibition at Luxembourg + Co. is organised in the form of an open dialogue between pairs and constellations of artworks that tell stories of stylistic, technical and ideological exchange between Italian artists and their European and American contemporaries, including some of its pronouncements in the artworld today.