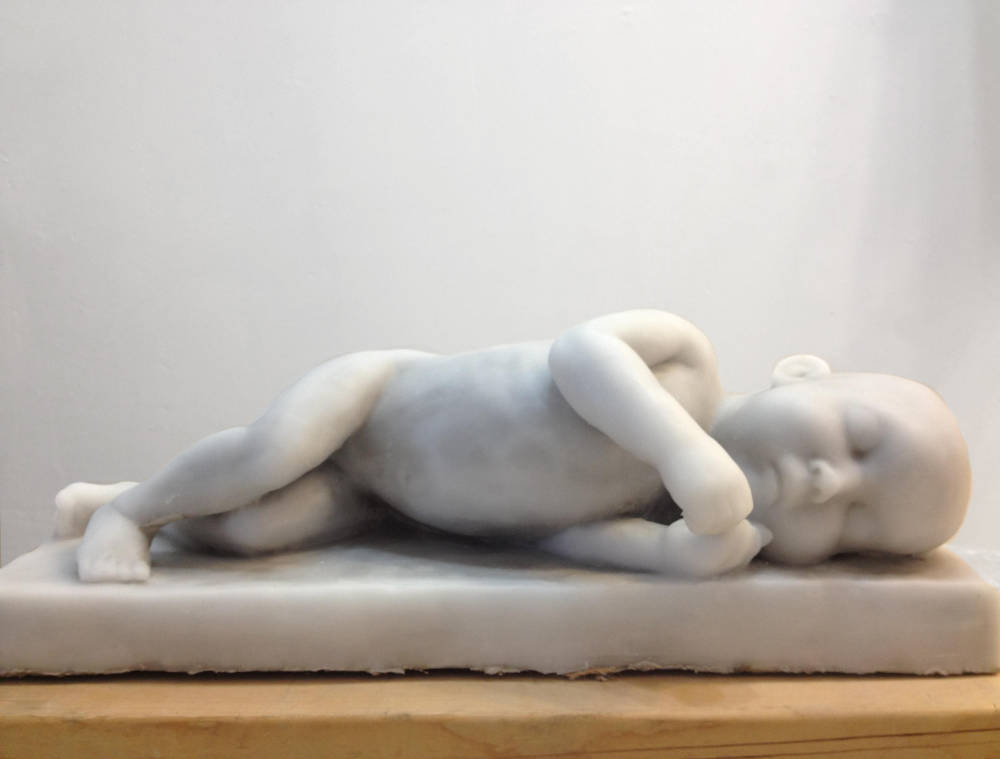 Lisbeth McCoy / Selected Works, 2010 -2018 focuses on an eight-year contemplation of life, especially as it cycles between various places in nature and urban settings, constantly shifting with time. McCoy considers place to be a form of language that can illustrate existential questions such as “Who are we?” and “How are we grounded in the accidental place of our origin as well as in the places that we discover for ourselves later on?” Using shape and material, she connects with the contingency of life and place. In “Bumppo II” (2017), ellipses and curvilinear lines aid in evoking a sense of continuity and familiarity. The impact is psychological and connected to memory, nostalgia, and aesthetics. Through her featured piece entitled “The Infant” (2010) she addresses life and mortality. “The Infant” is emblematic of life itself; it is fragile and tender. It is cast in wax and Ultracal, representing the soft and delicate physical and mental state of a newborn.

On display are drawings such as “Untitled I” and “Untitled II” which further demonstrate McCoy’s continued practice of incorporating natural materials into her work. Since the beginning, McCoy has dipped drawings in wax and often experimented with adding plaster to her mixtures as a way to create texture and varying degrees of translucency. Additionally, she collects stones on the Baltic shores of her native Denmark and Sweden, which have found their way into several compositions – either as an actual sculptural component or as inspiration for form and color. In fact, all of her works are rooted in a neutral color palette of black, white, creme, and various shades of grey. This emphasis on de saturation draws attention to fine nuances, paced transitions, and the space in-between compositional elements. Her intent is for her work to reveal itself slowly and gain complexity upon close observation.