Steve Turner presents I’ll Grow Back Like A Starfish, a solo exhibition by New York-based Linus Borgo featuring three paintings he created in 2021. 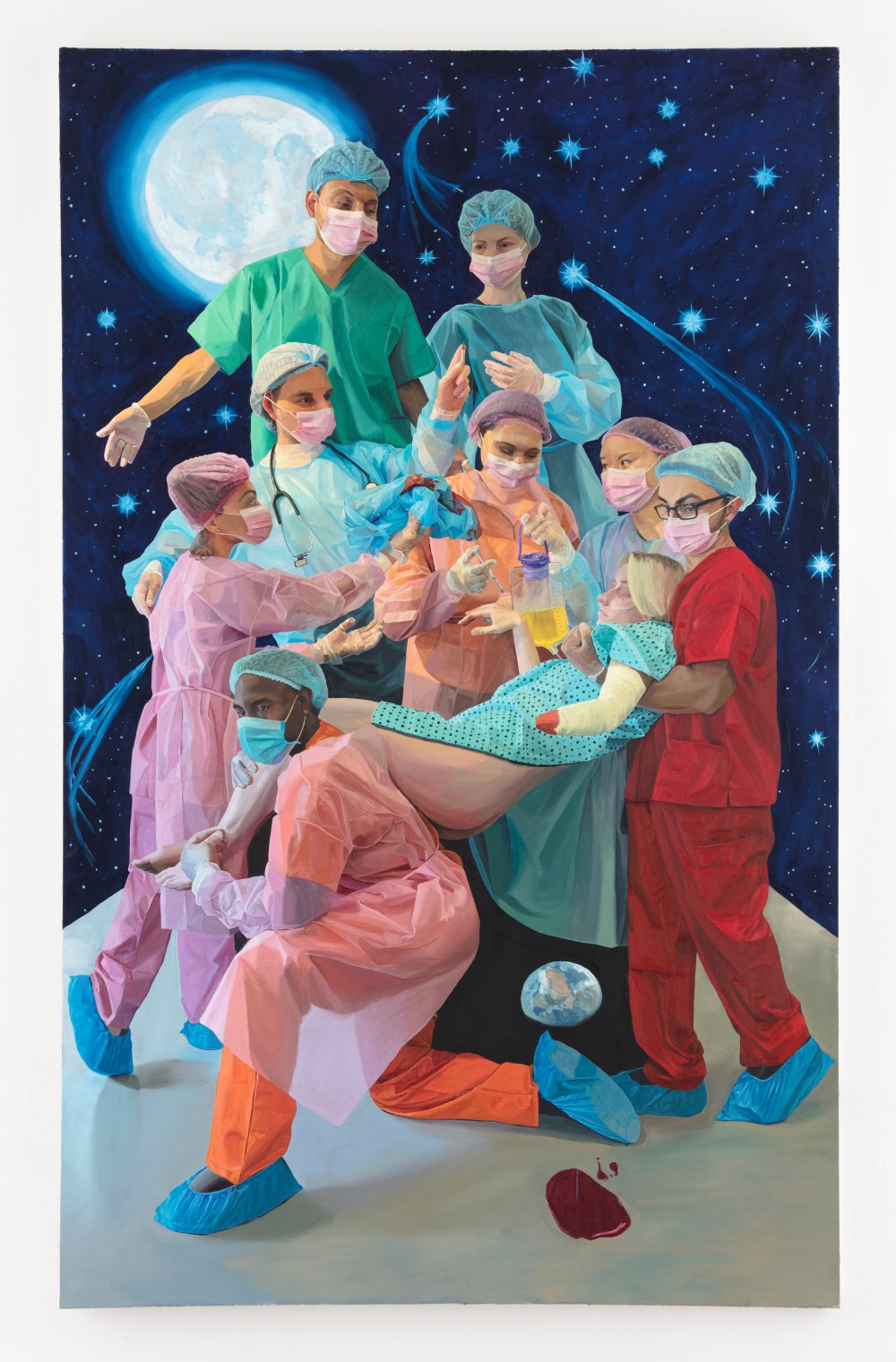 Linus Borgo
Autotomy in the Liminal Realm: Splitting Time with a Scalpel, 2021 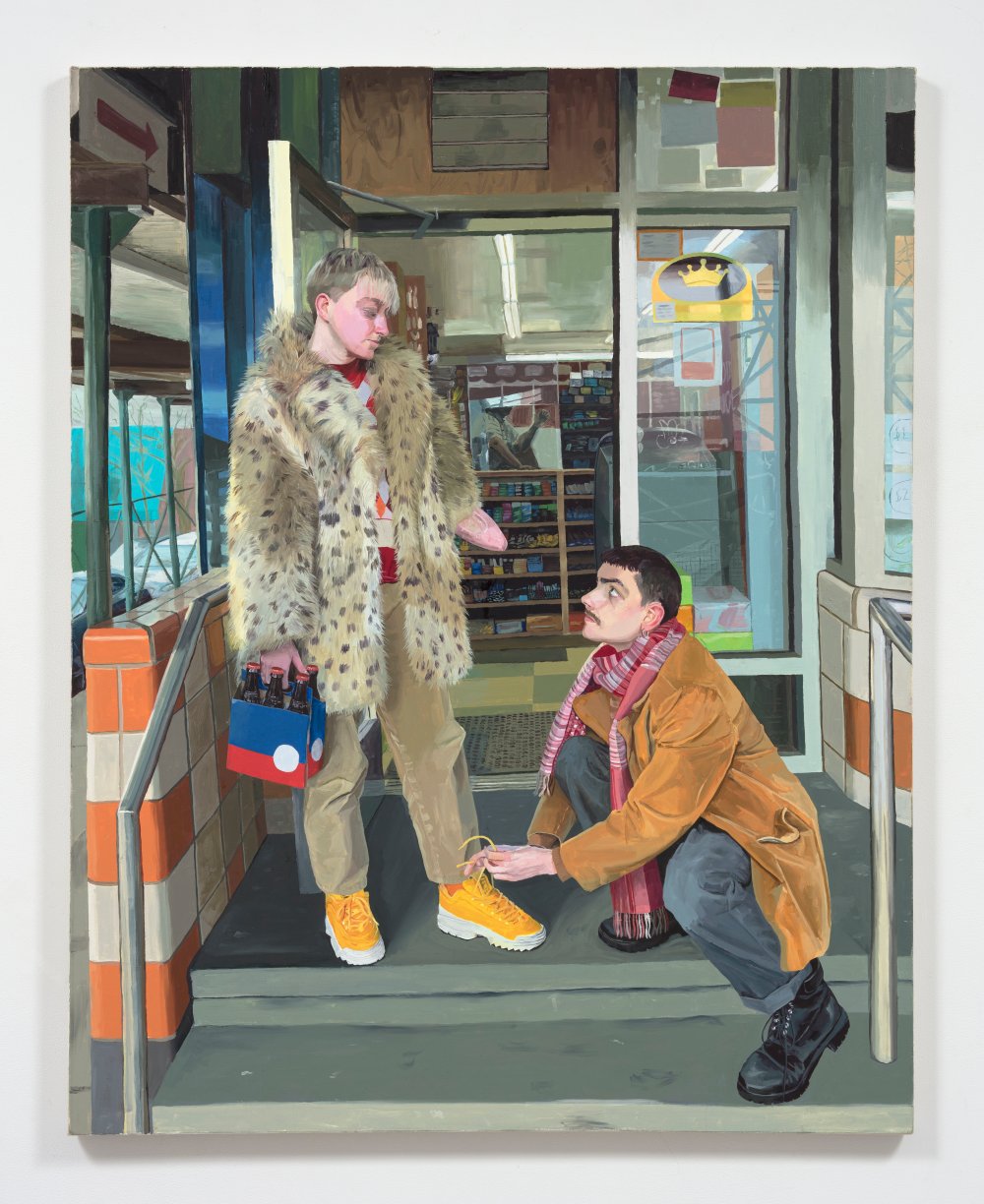 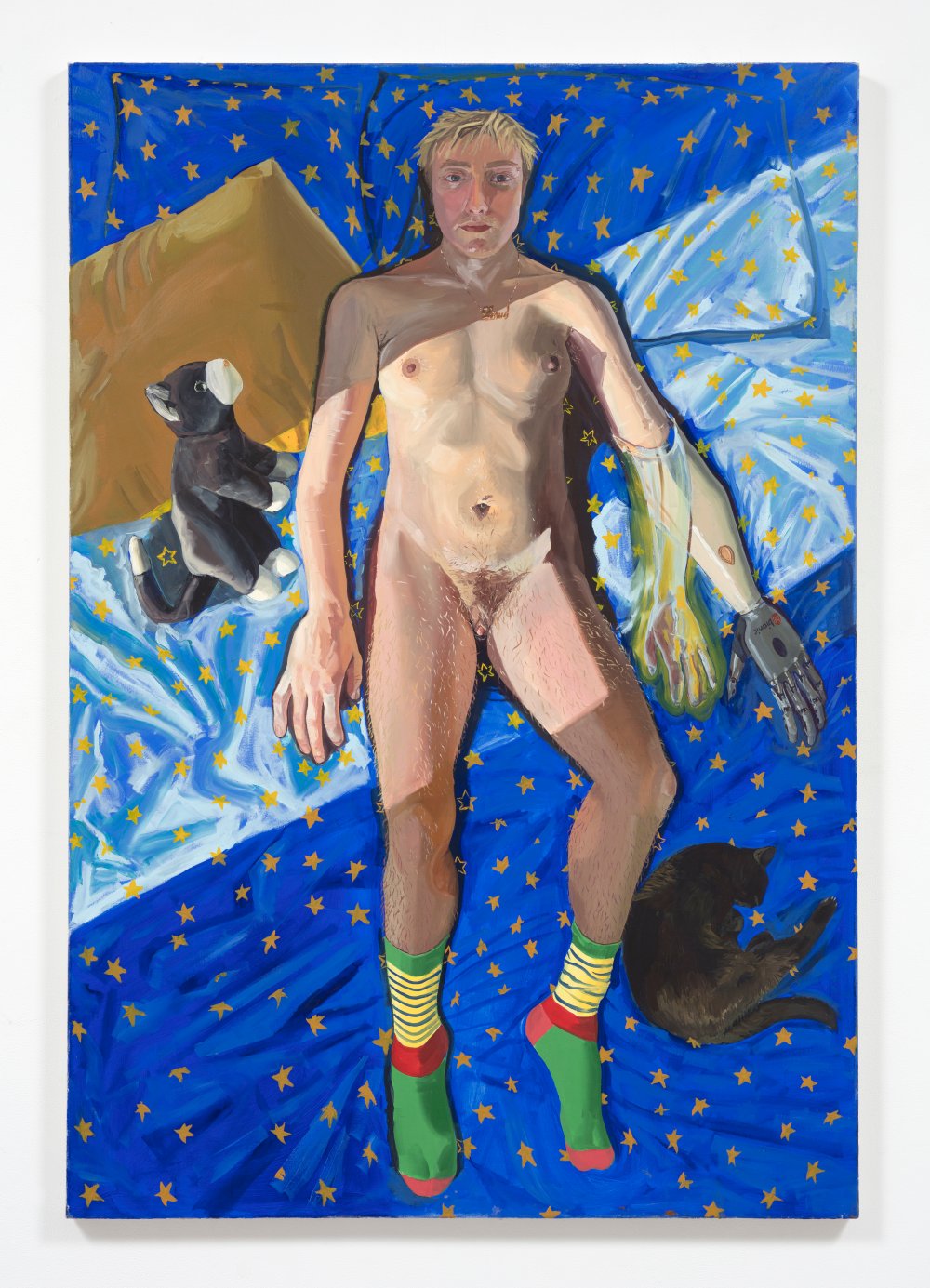 Linus Borgo
Bed of Stars: Self portrait with Elsina and Zip, 2021 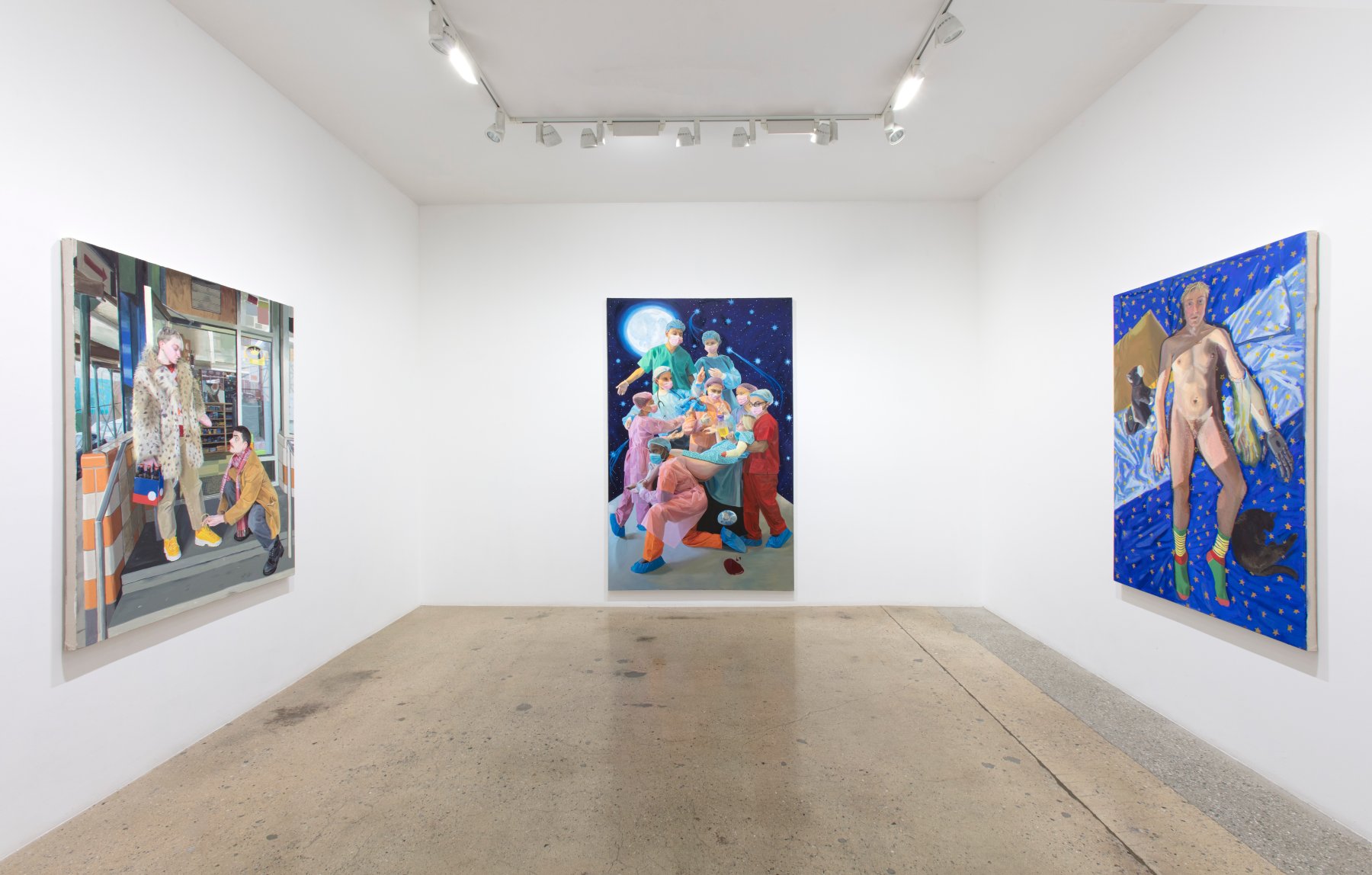 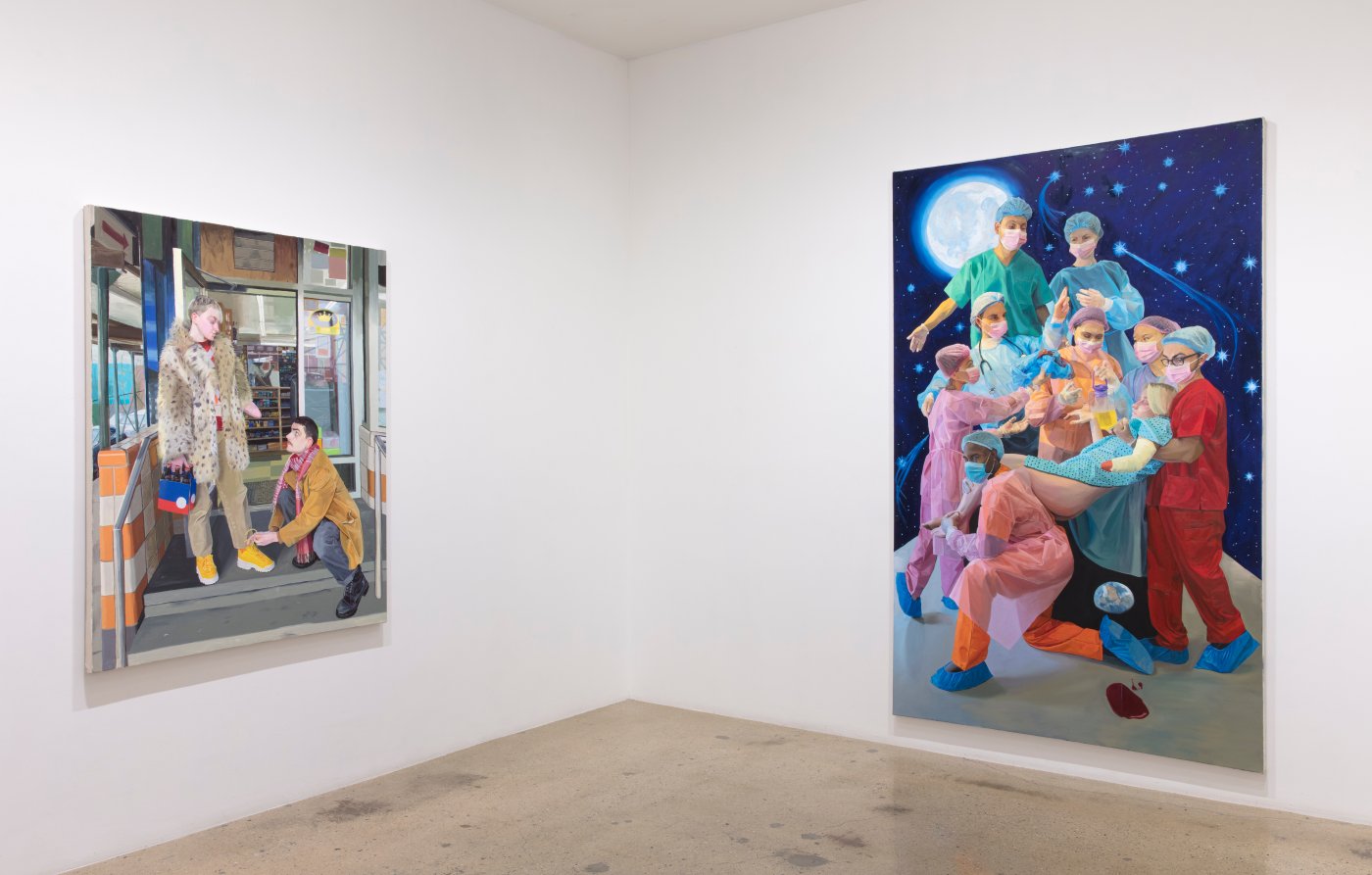 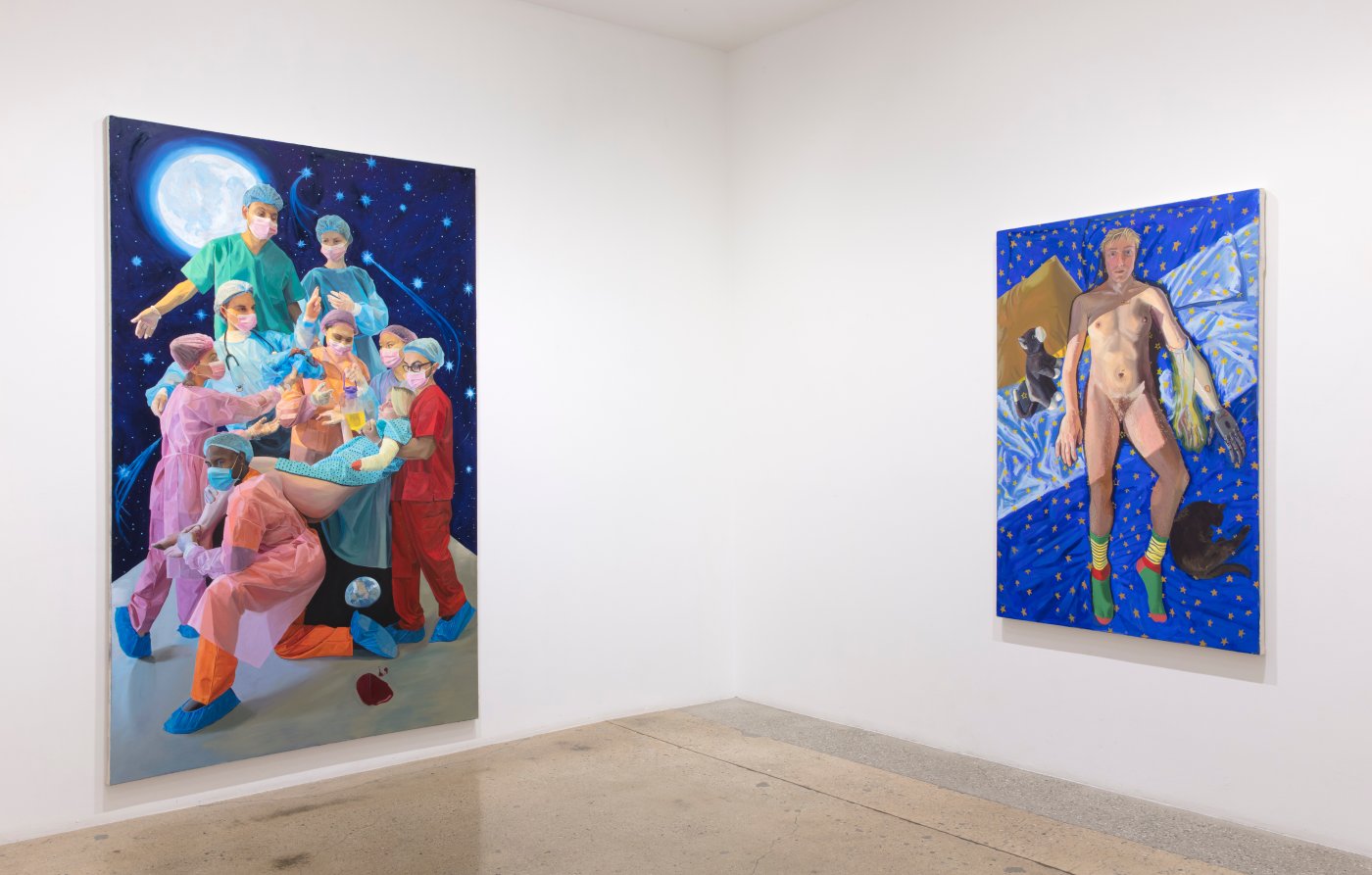 All derive from Borgo’s autobiography and his lifelong interest in Italian Renaissance painting. While a freshman at RISD, he was seriously injured in an electrical accident resulting in the amputation of his left hand and in the ensuing years he has undergone gender transition.

All three paintings are self-portraits, two of which are close to Borgo’s own height while the third one is nearly double that. In one the artist is lying in bed, naked but for his socks; in another he is dressed in winter clothes while a close friend kneels to tie the lace of his shoe and in the third, his unconscious body is held by a surgical team. Each work features bright colors including the lapis lazuli of Renaissance paintings and two of them have compositions that are based on specific paintings. As a group, they conflate Borgo’s physical changes with biological phenomena and religious doctrine. The title of the exhibition (and the title of one of the works) refer to the way a starfish can regrow a lost limb and the process by which a lizard or crab lets go of one of its limbs when under threat. In one work, he alludes to the process by which his right hand grew in muscle mass and neurological capacity after his left hand was amputated. Borgo describes the relevance of his Renaissance inspiration with respect to his work entitled Noli Me Tangere (Nick Ties My Shoe):

Although there are many of versions of “Noli Me Tangere” paintings, I was specifically looking at the one by Correggio. It tells the story of Christ after his resurrection, where he appears to Mary Magdalene who kneels before him. When she reaches out to touch him, he pulls back because he no longer exists in physical form and their relationship must become spiritual rather than physical. I was very interested in this idea of bodily transformation where corporeal materiality becomes something intangible. I was thinking about how that applied to my body, with my accident, my surgeries and my transition.

Linus Borgo (born 1995, Stamford, Connecticut) received his BFA from Rhode Island School of Design (2018) and will receive his MFA from Columbia University (2022). I’ll Grow Back Like A Starfish is Borgo’s debut solo exhibition and it will be accompanied by a generously illustrated monograph with texts by Jack Halberstam and the artist (due out Spring 2022).