The exhibition presented in Turin at Tucci Russo Chambres d’Art brings together two artists of Belgian origin, Lili Dujourie and Jan Vercruysse, both bound by elective affinities that are highlighted in many points of their procedure, such as seeking the beauty precisely of art history, transitoriness, presence, absence, literature, poetry, music and painting. 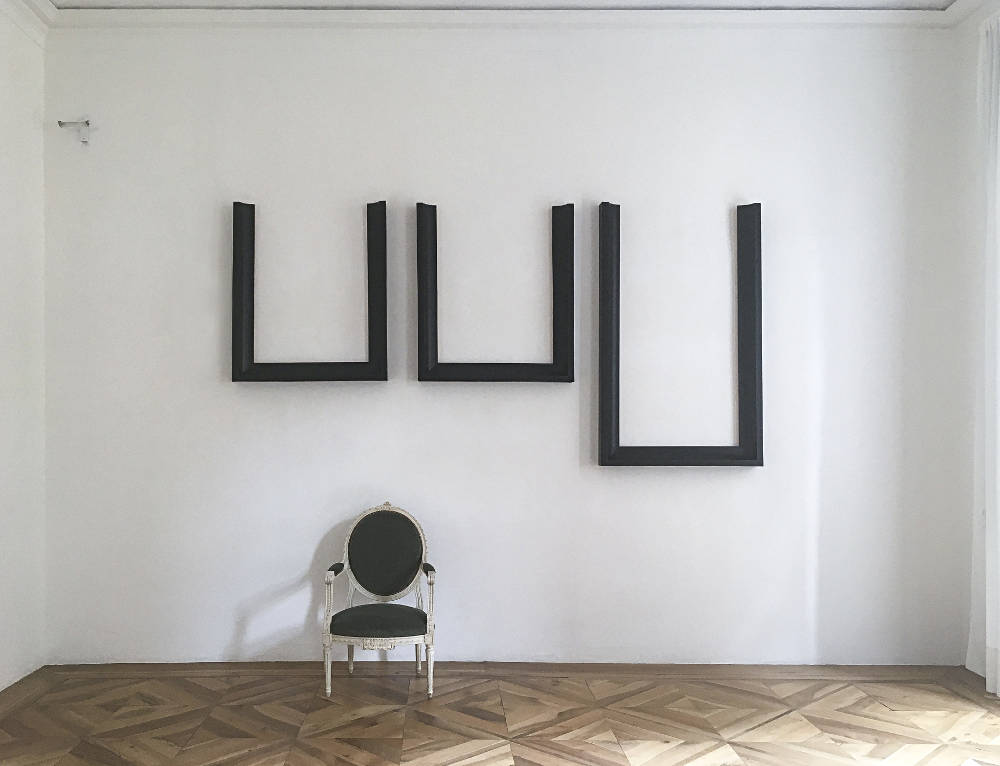 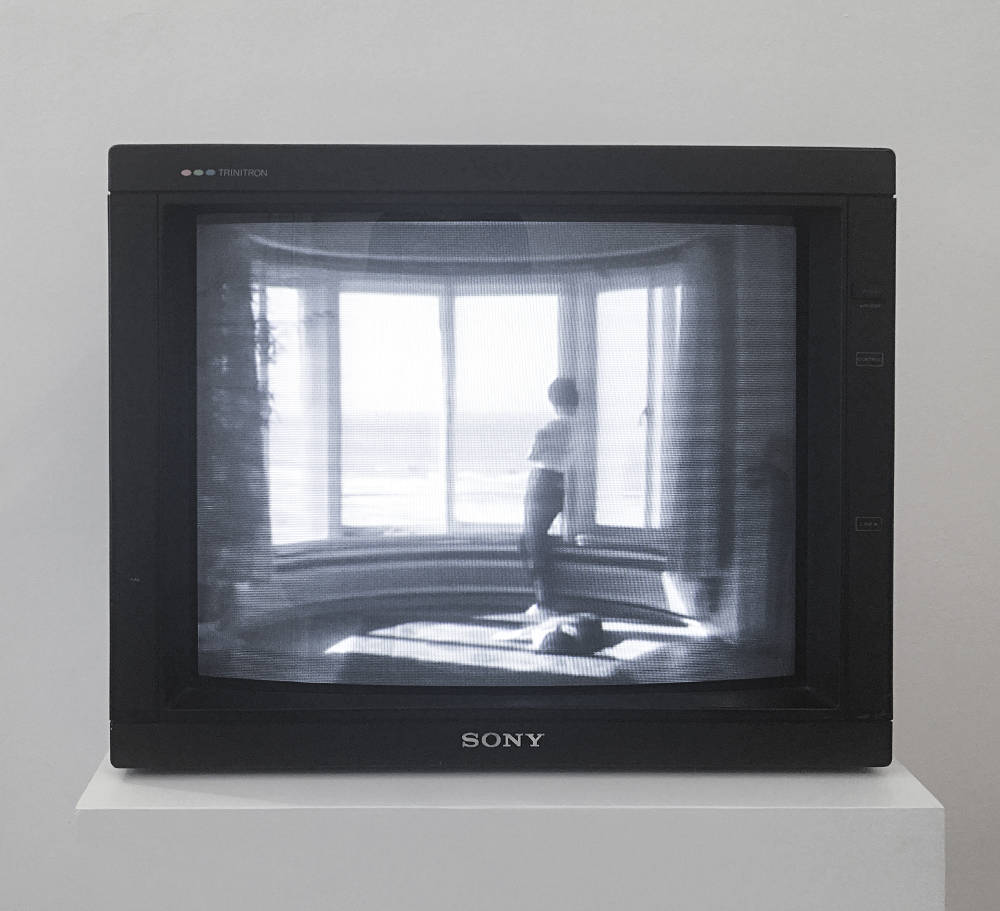 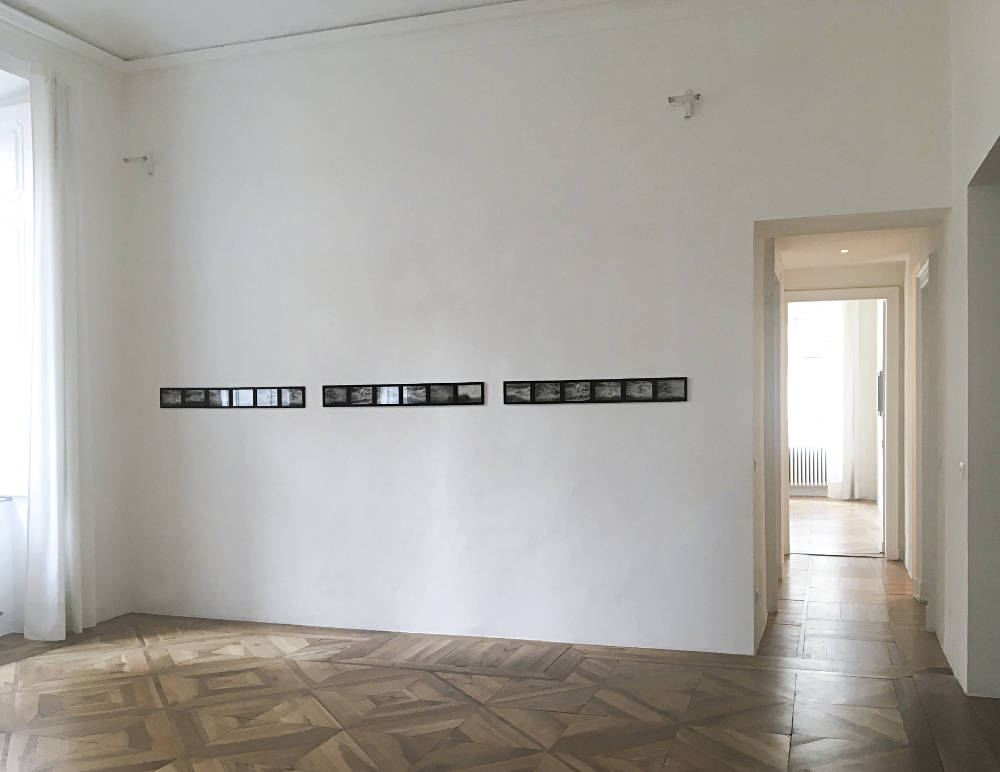 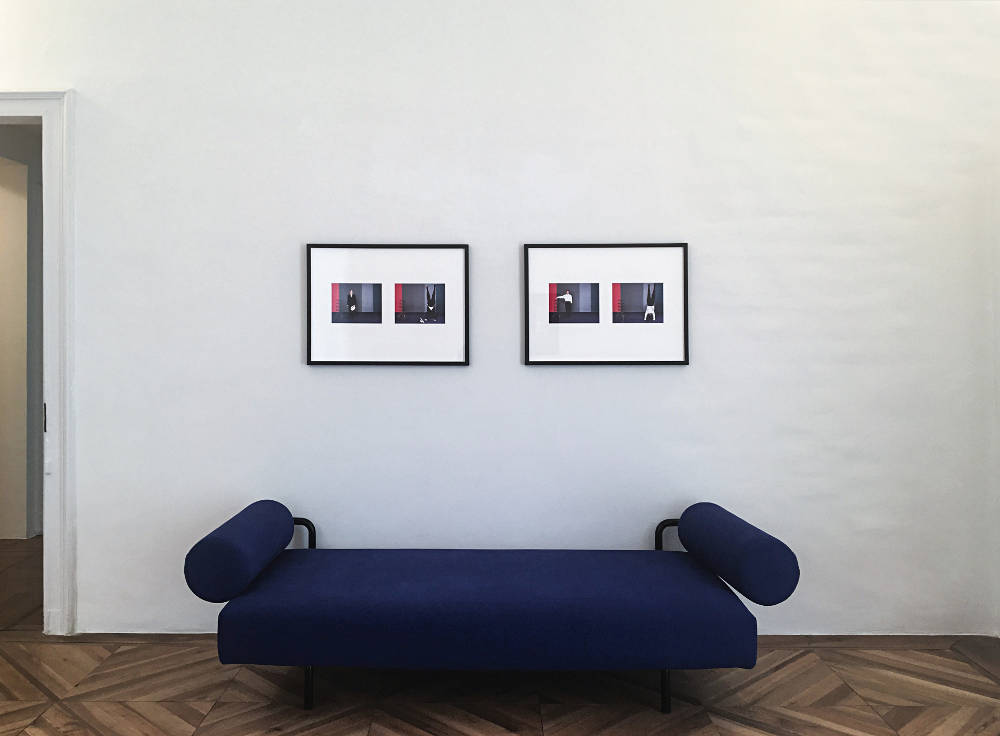 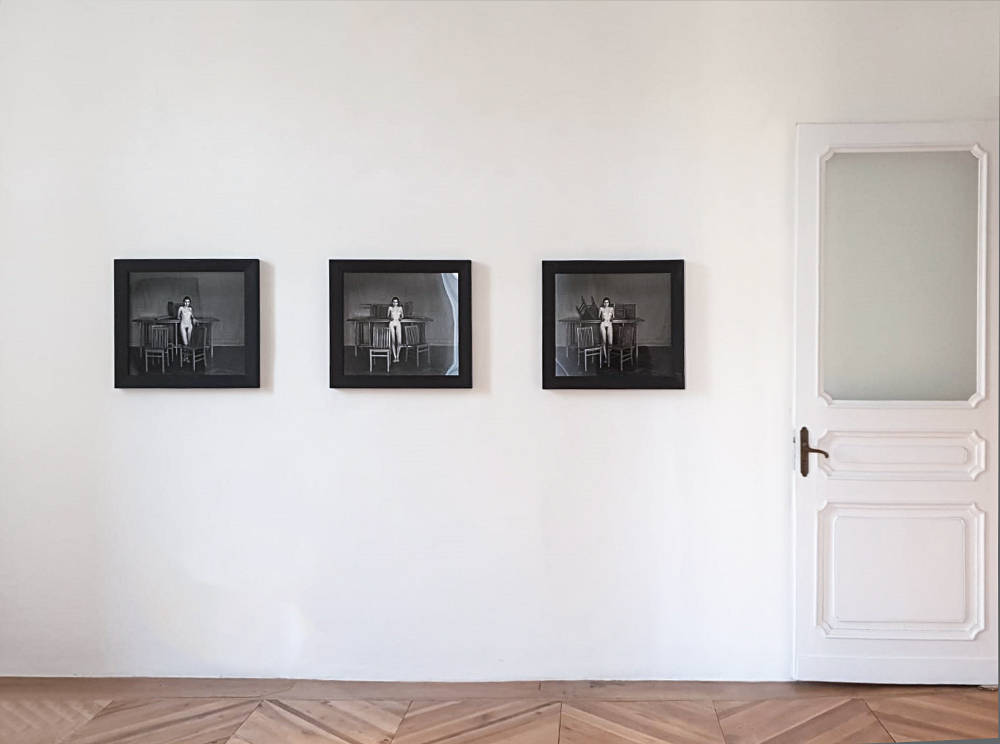 These themes remaining constant, their work differs in aesthetic and development. In the Seventies and Eighties however we find a point of contact in the use of the photographic medium, evidenced in Lili Dujourie’s videos and photographic works and in Jan Vercruysse’s Self Portraits. Subsequently, in the 2000s, the latter created a new series of works titled Camera Oscura which are on show.

Jan Vercruysse died recently, in 2018. The exhibition opens with his work Petite Suite of 1986 (2003). The work appears as a series of frames, not enclosed in their geometry, with the upper part open as if to receive the possibility of any message or image that may arrive from outside, while on the floor there is an armchair that is also apparently ready to be occupied but, in reality, aims to underscore absence.

Lili Dujourie responds to this absence with the three series of works Untitled (Storm) of 1976, in which an implicit glance offers us a silent observation of the motions of the sea, a theme which recurs in the video shown in the adjacent room.

In the last room, wholly dedicated to Jan Vercruysse, are the works Camera Oscura, whose subjects cite the overturning visible in the camera obscura almost as a play of images.

A further theme is the one touched on in the works In My Mind, where a female figure leaning on a table and surrounded by chairs whose rigorous lines bring to mind the artist’s sculptures Tombeaux, is flanked by a series of small white horses as if to generate a mental projection.

Simultaneously, at the gallery’s space in Torre Pellice, the solo shows by Lili Dujourie and Christiane Löhr will be open until 28th July 2019.

Courtesy of the artists and Tucci Russo Chambres d’Art, Turin