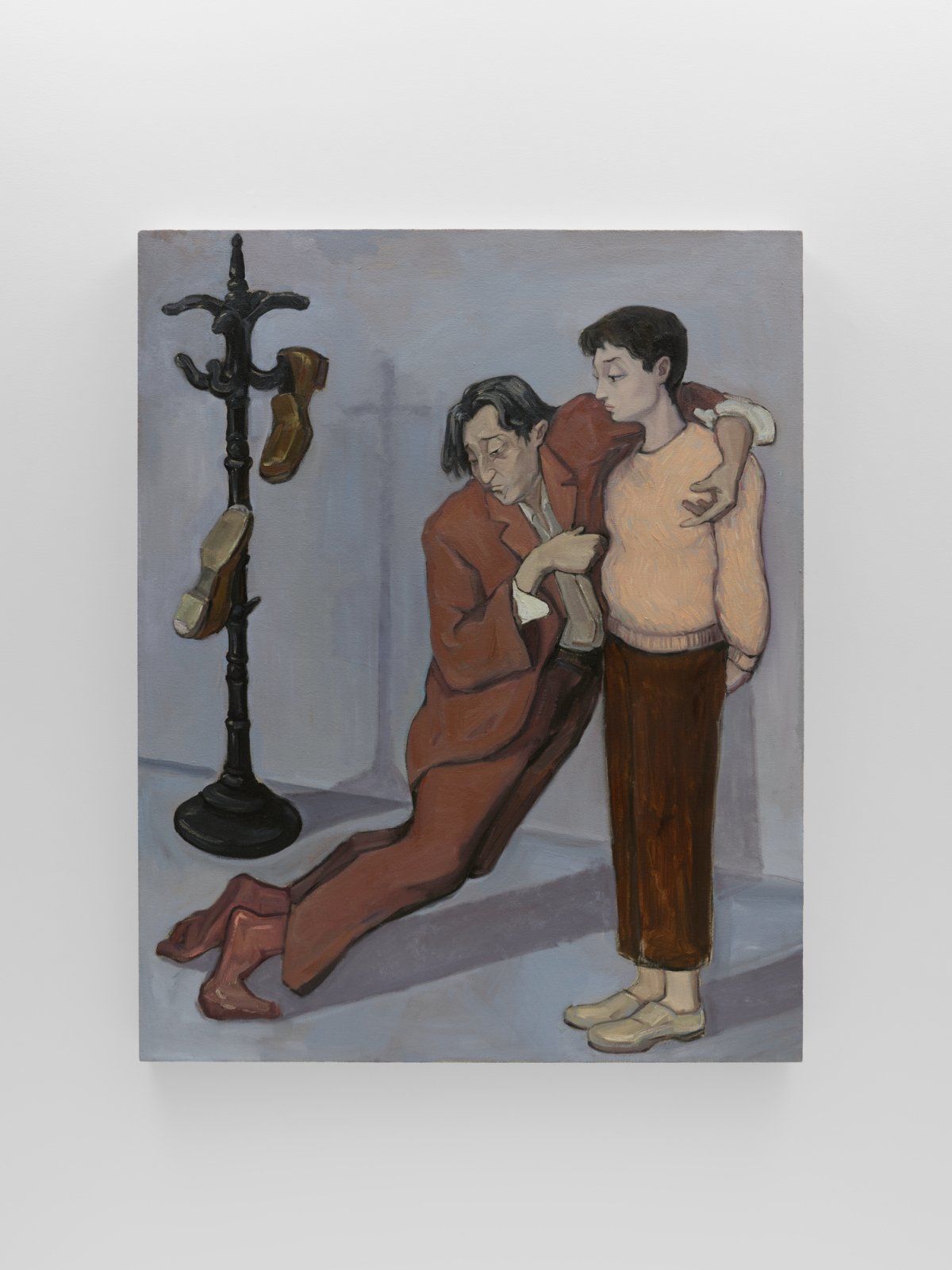 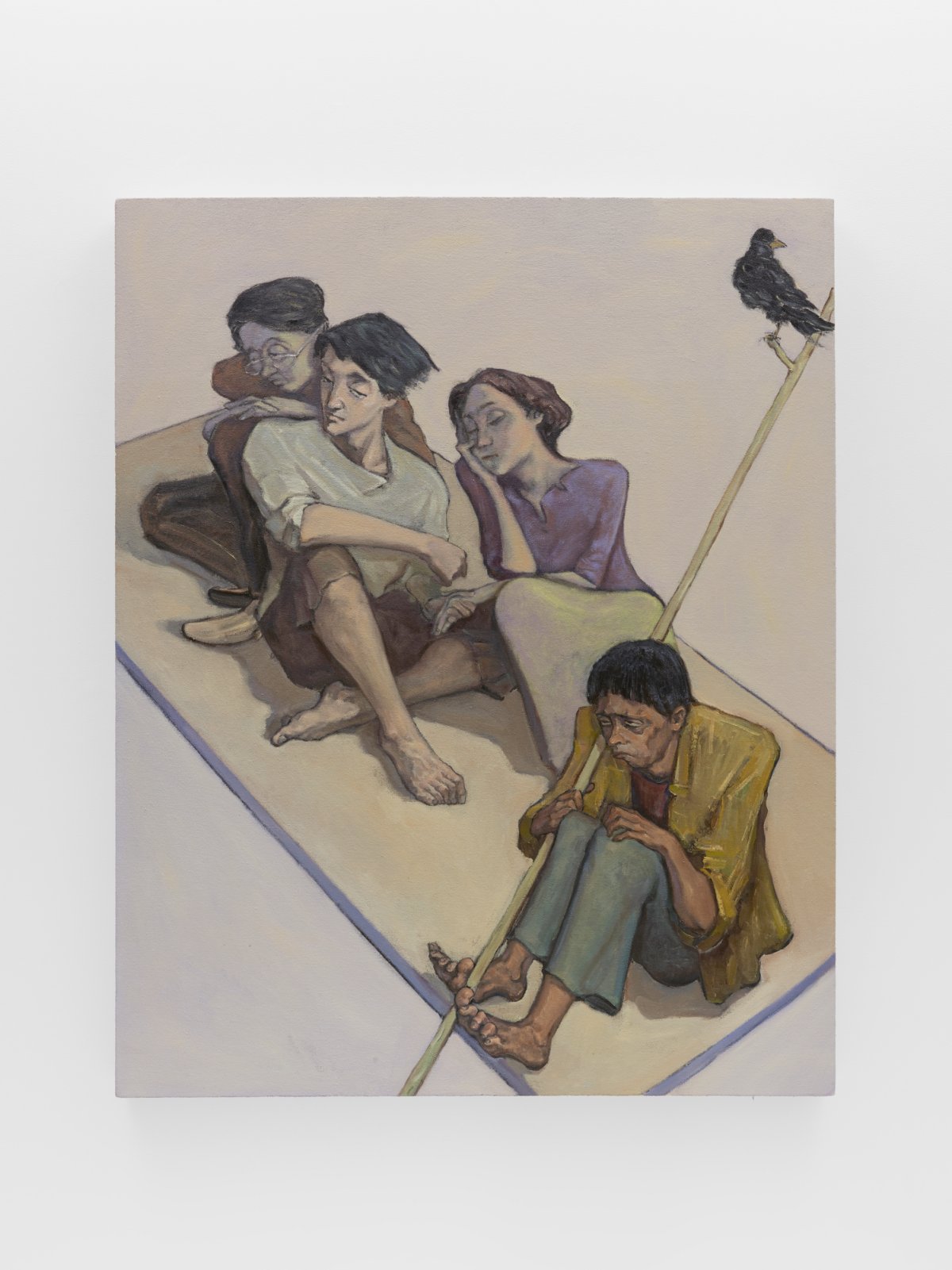 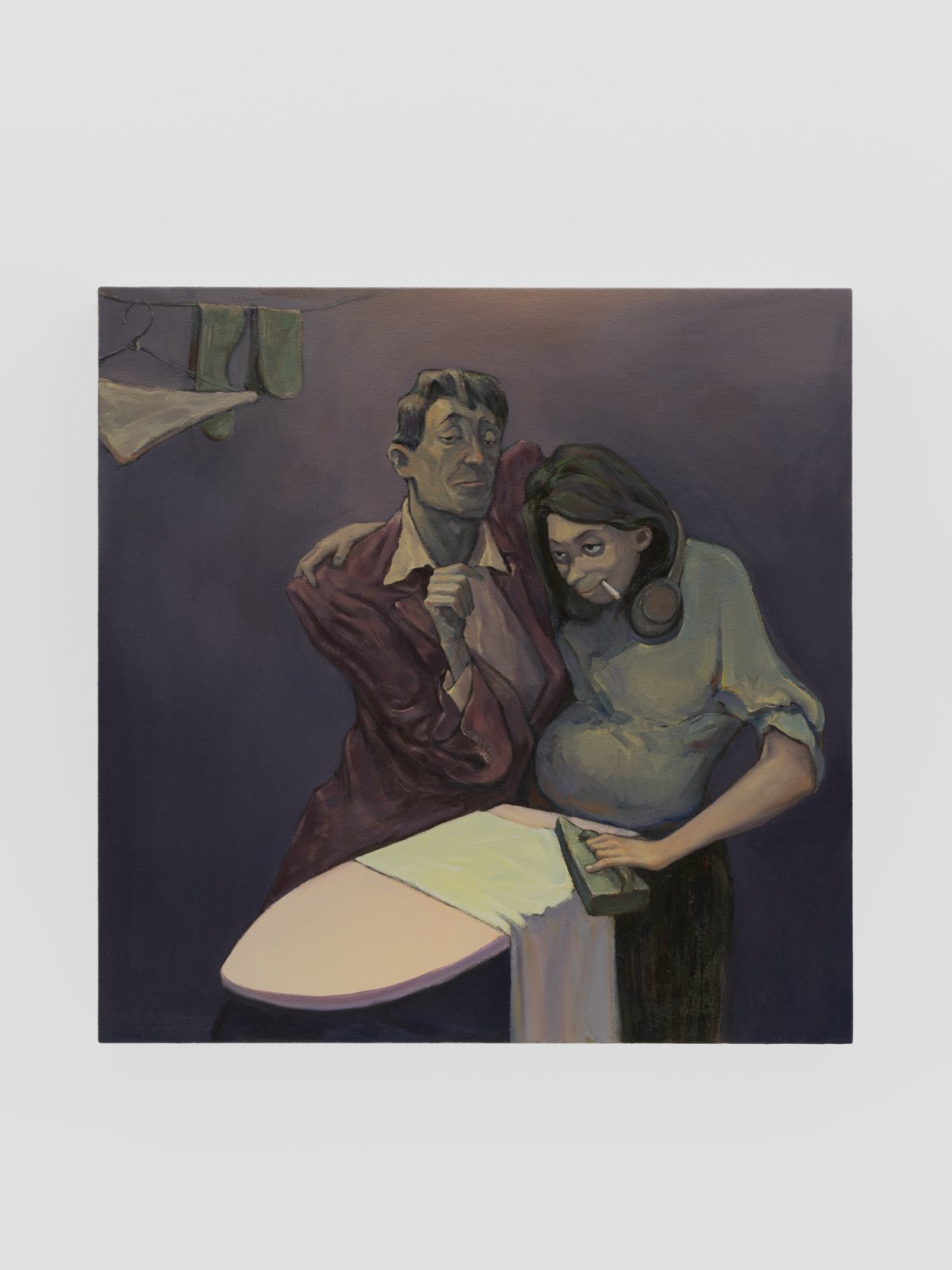 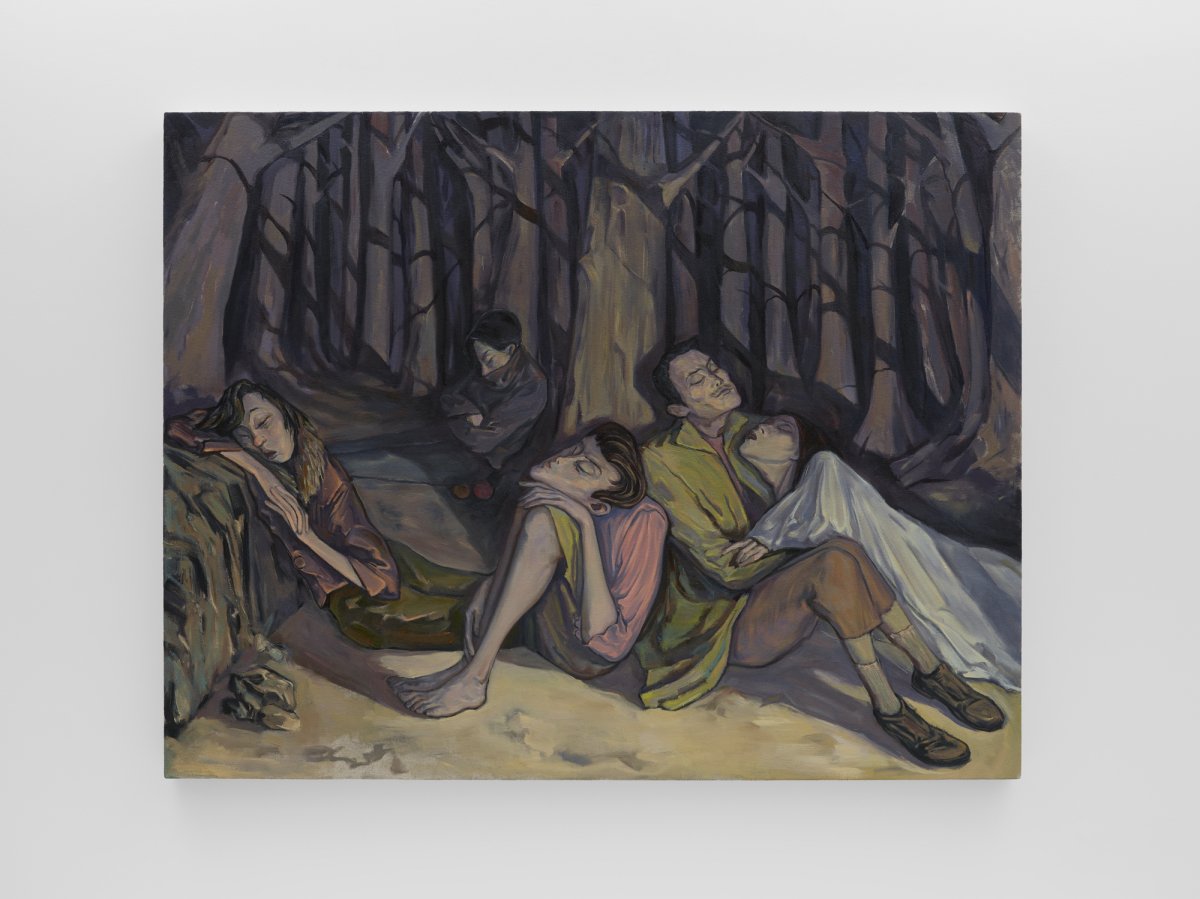 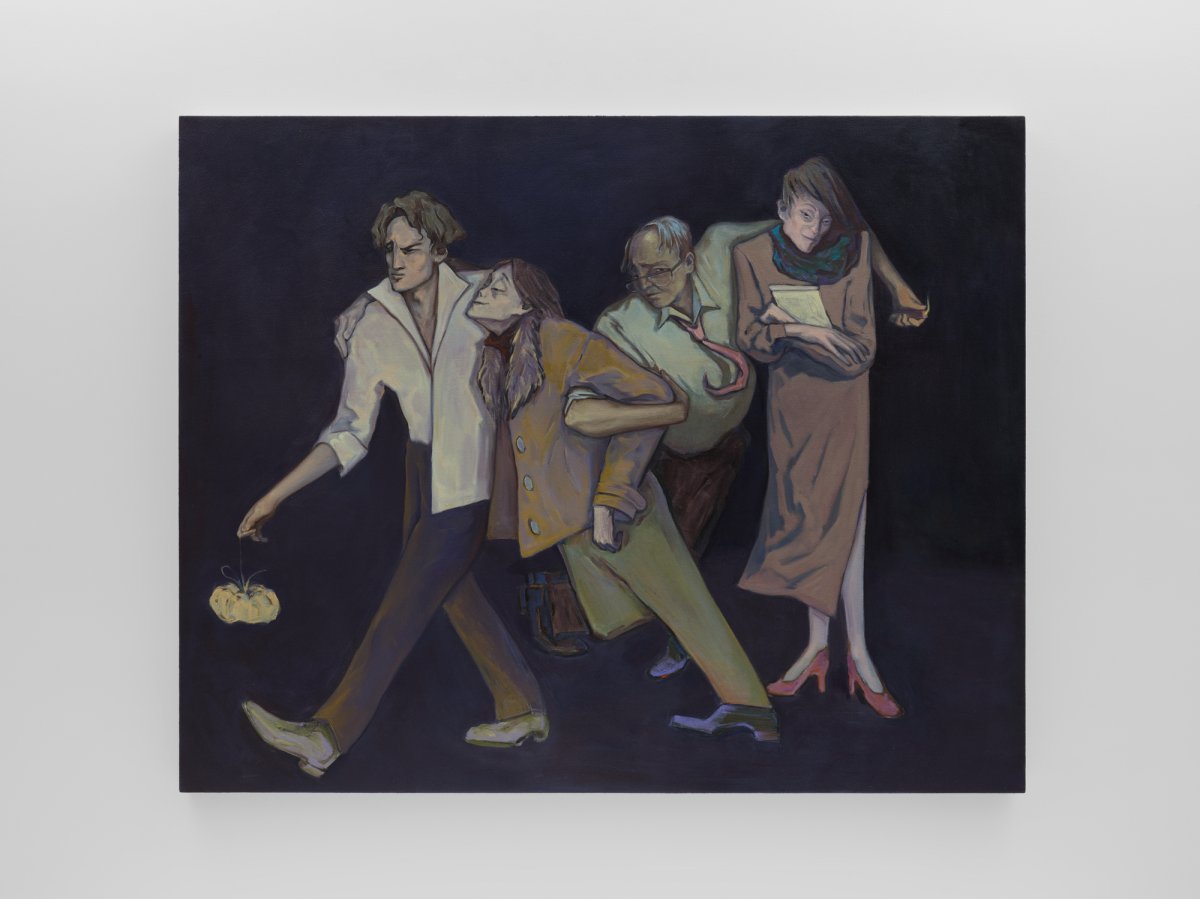 Li Ran
Returning to The Crossroad, 2022 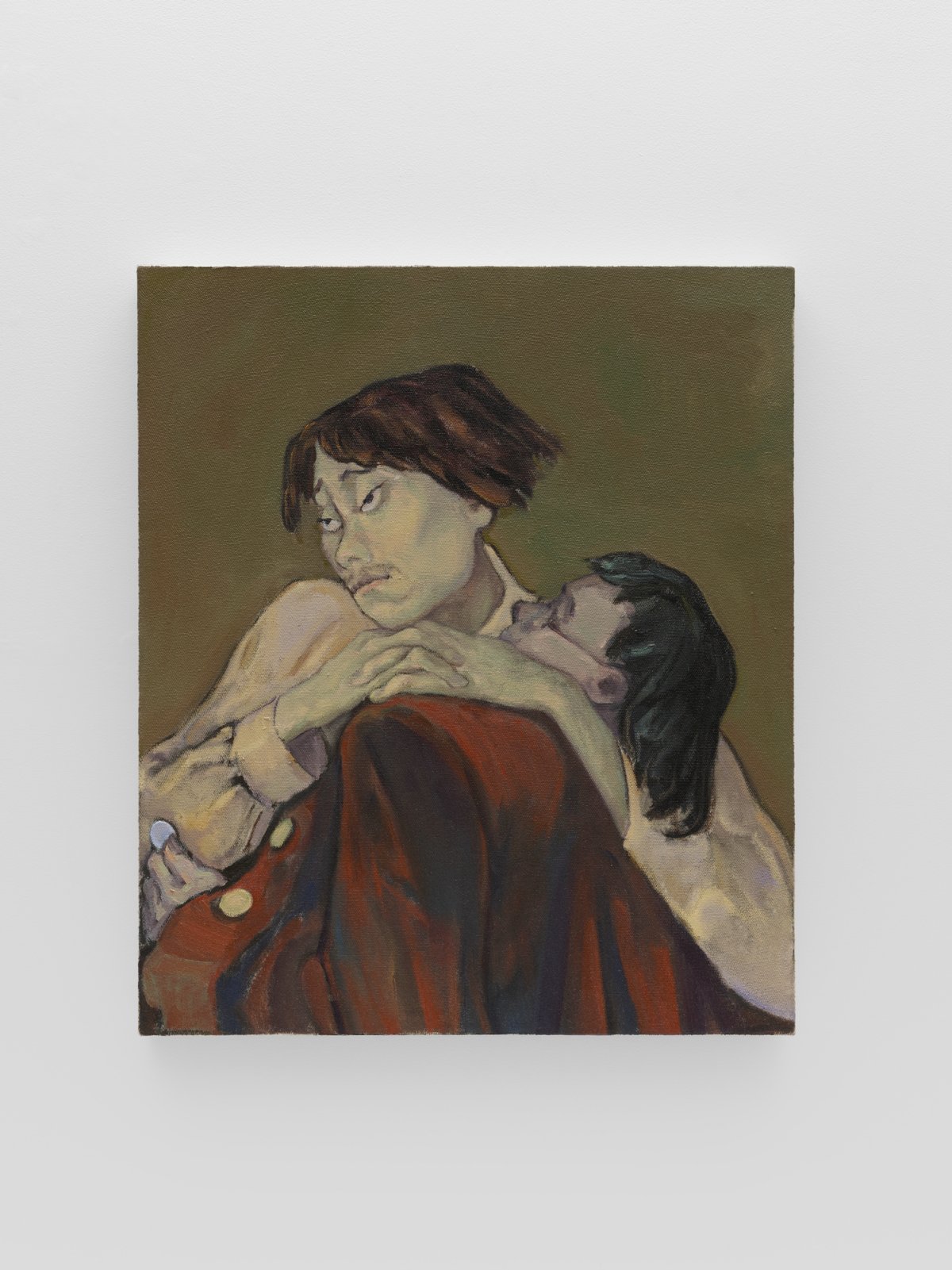 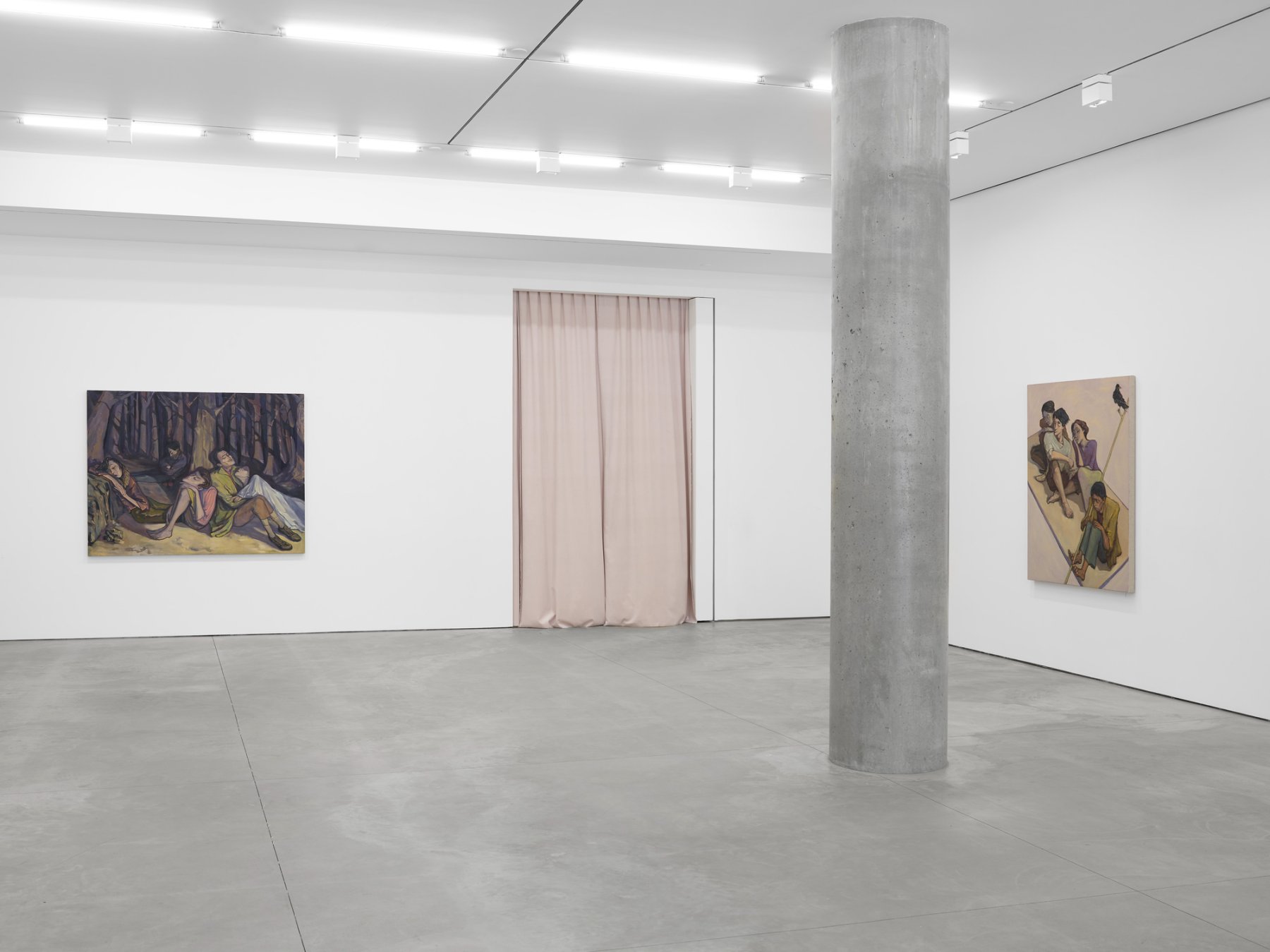 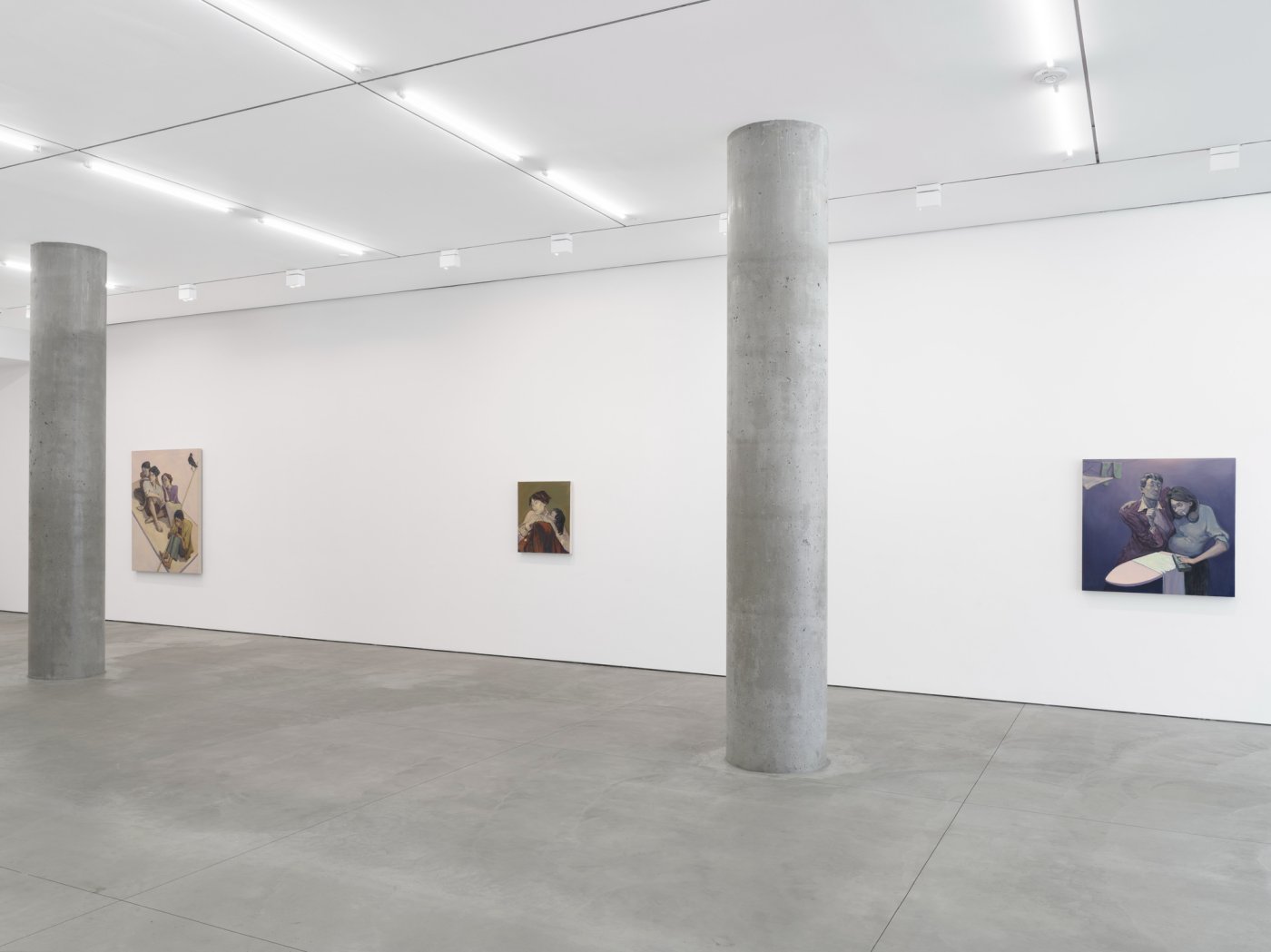 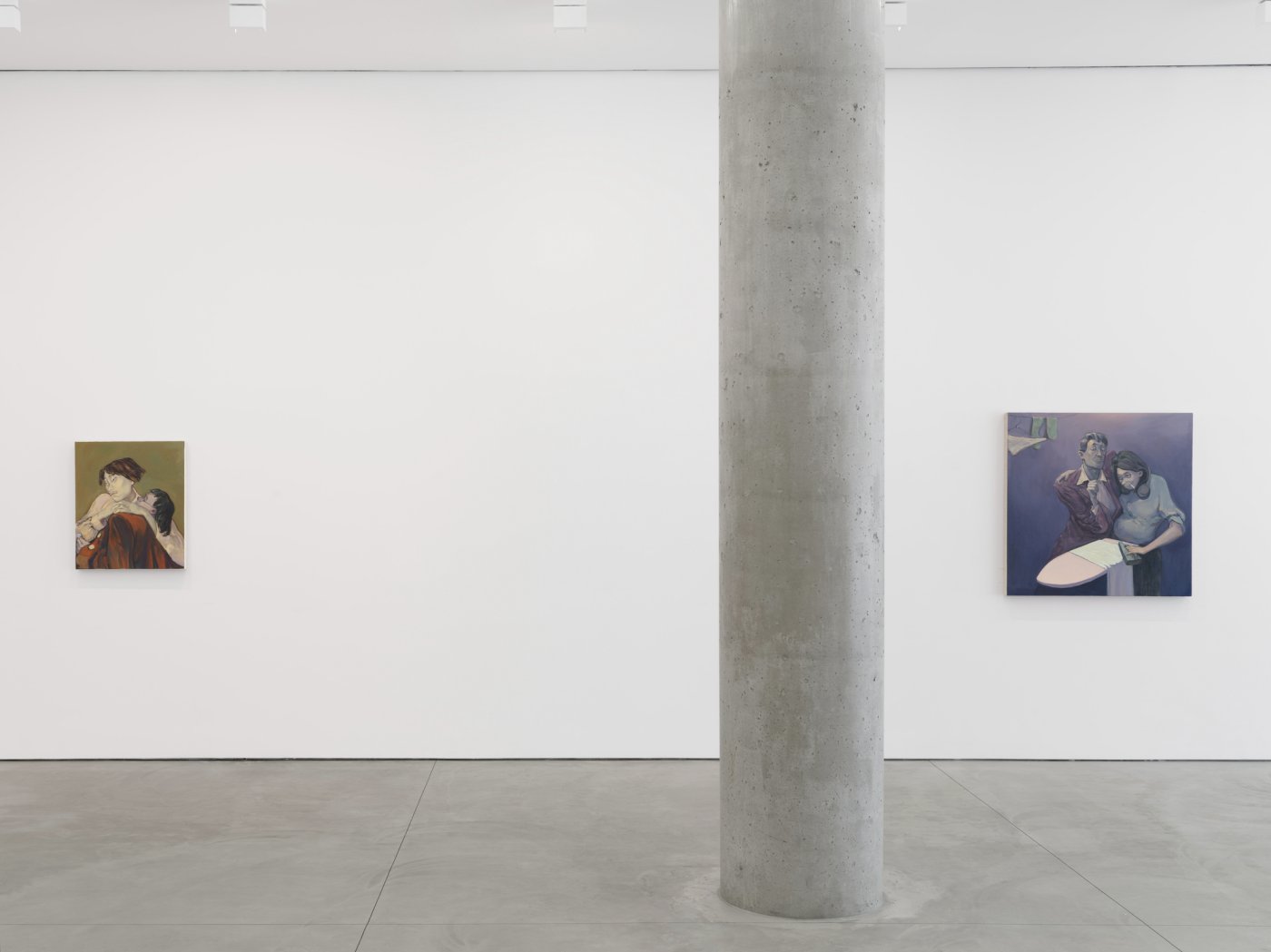 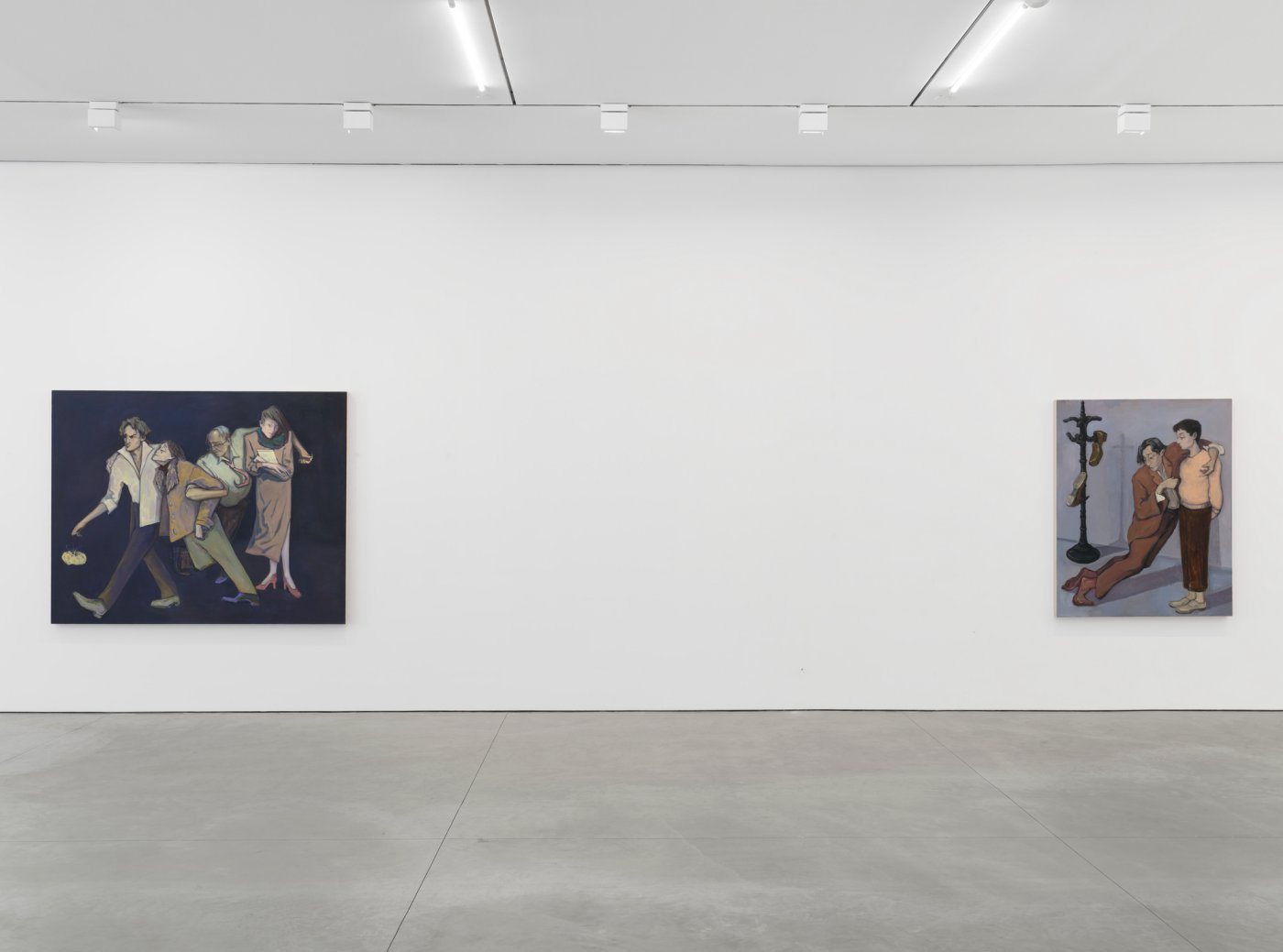 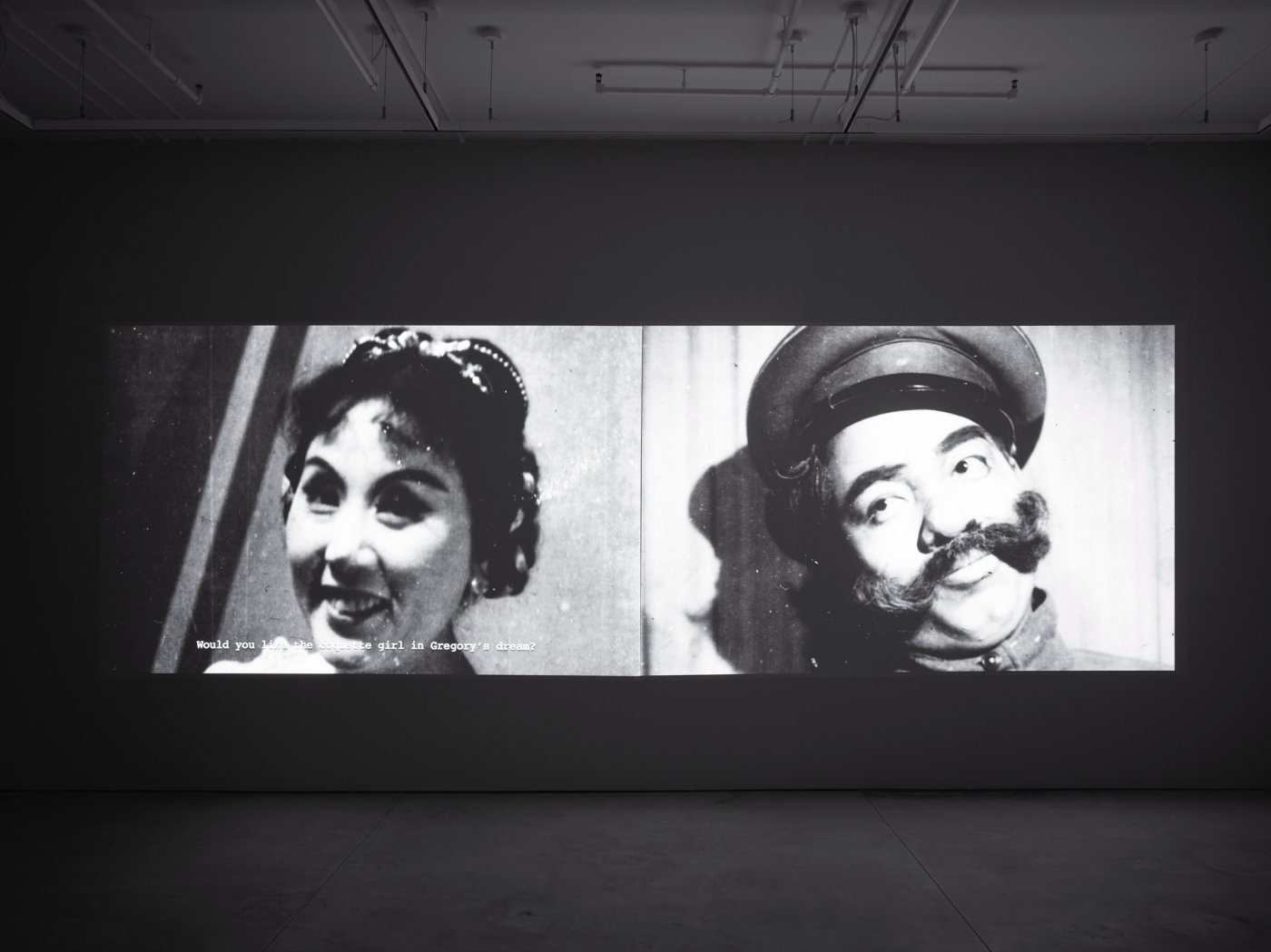 While the artist has gained renown for his performances and pseudo-documentaries, his practice also encompasses painting, installation and writing. His work explores the history of art, using mimicry and satire to question the role of the institutions and narratives that define it. In recent years, Li Ran has been surveying antagonist roles in theatre, stage art, make-up design and the production of foreign and espionage films created in China since the 1950s. He uses painting to present the transformations associated with character scene posing and voiceover monologues.

For his first exhibition in New York, Li Ran reflects on the complex, internal factors within the context of modern Chinese history, focusing on the role of young intellectuals in the region. He unfolds, restructures and re-edits the dark corners of Chinese society that are obscured by a national, historical perspective and the context of globalization. The 20 paintings and dual-channel video that make up Beyond Silence highlight Li Ran’s notably romantic and theatrical approach.

Li Ran’s specific painting vocabulary, a combination he describes as “Socialist Realism and Impressionism”, renders subjects onto a closed background to mimic watching actors on a stage. In this series, the artist adopts a narrative similar to the vitriol of contemporary caricatures. In Orphan’s Struggle (2021), Chinese youth float in a desolate, drifting scene. Tones of pink and grey partially conceal an internal despair. The politics of contemporary China are probed throughout the exhibition. Returning to The Crossroad (2022) and Catch the Rat (2022) blur the lines between perceptions of political extremists and progressives, concluding at the same time that all are haunted by melancholy and sadness. Li Ran notes, “everyone feels like they are on the more progressive side of the historical flood.”

Alongside this series of paintings, Li Ran presents Persona Swap (2019), a dual-screen video work, allowing the artist to interrogate the stage through a new medium. The recordings are a theatrical dimension that run parallel to the history of art, through stage design, make-up, costume and performance. Created from reconstructed photo archives, Persona Swap includes three chapters: ‘Thinking in front of the mirror’, ‘The fox and the grizzly bear, the vulture and the crocodile’, and ‘Besides the indistinguishable illusion, who the hell are you?’. The film is interlaced throughout with a bevy of historical archival material referring to early Chinese socialist choreography and makeup, providing further glimpses into the artist’s reflections on this period of history. The archival material is abstracted through the adjacency of characters and scenes, soundtrack and voice-over monologues. “Archives require us to engage and experience the art physically and experientially, not only as a thing in and of itself”, explains Li Ran.