David Richard Gallery presents Awakening, the gallery’s second solo exhibition for New York artist, Lester Rapaport. The presentation includes 14 paintings: eight square canvases from a new series, Into The Mystery, completed in 2020 and six from an earlier series of shaped canvases, Gifts to the Universe, painted in 1988 and 1989. 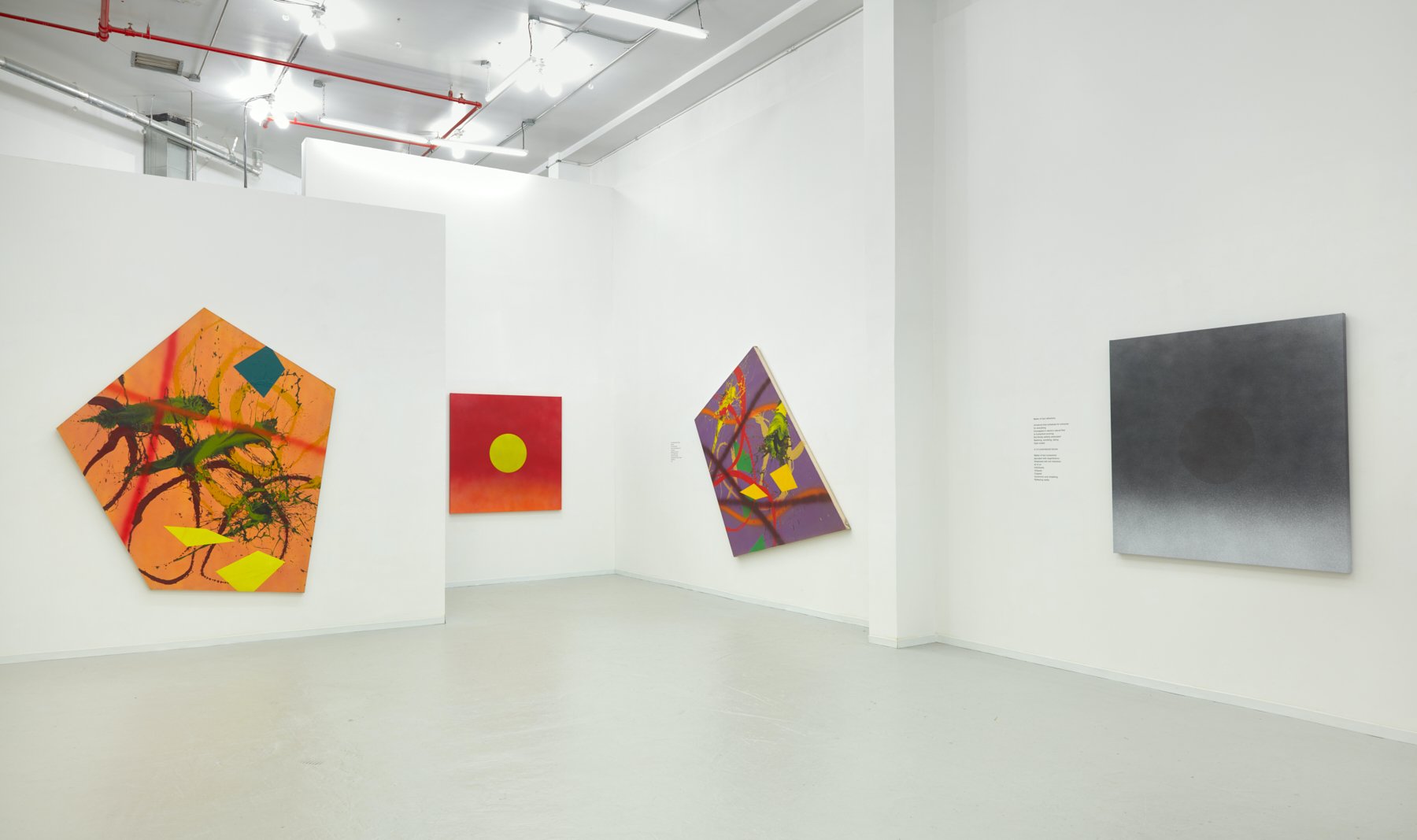 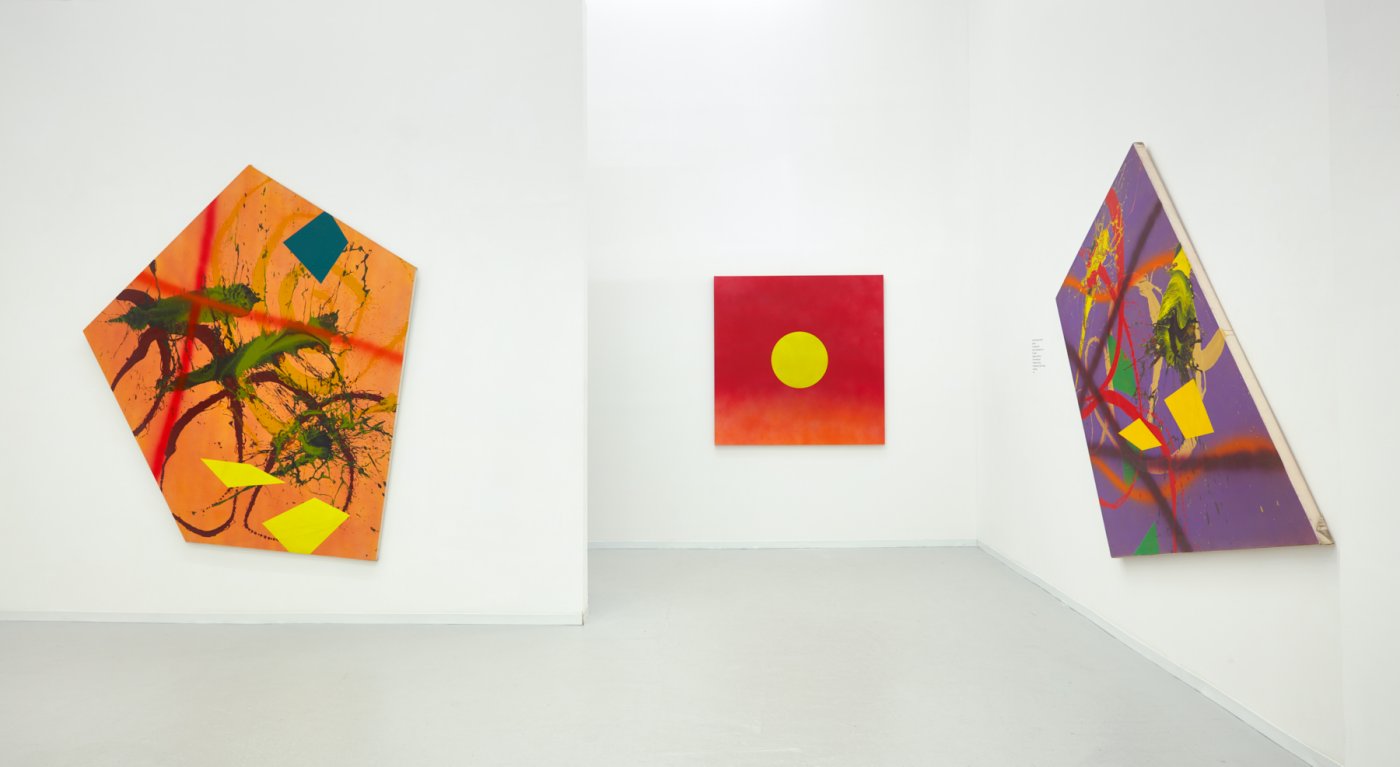 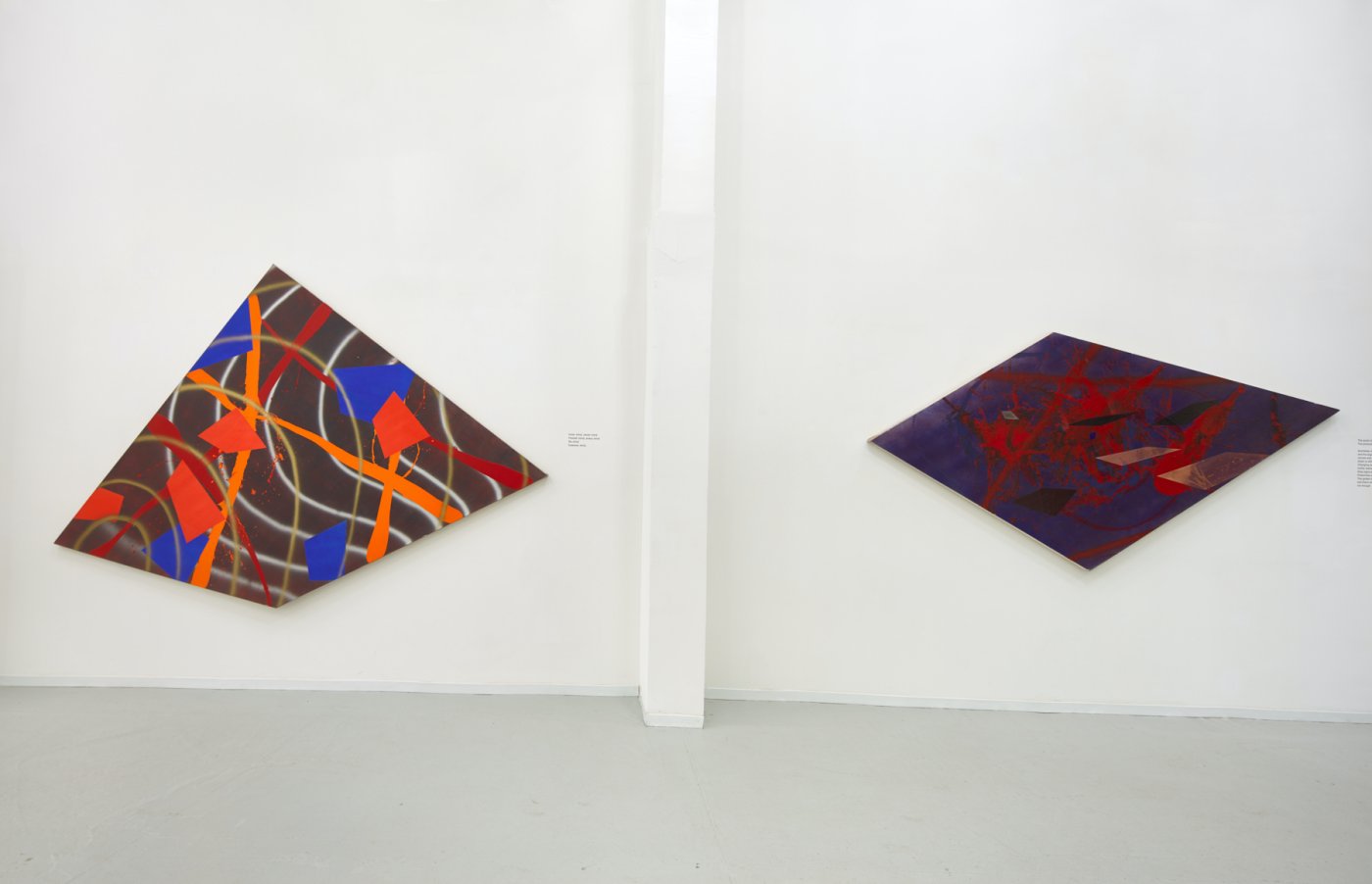 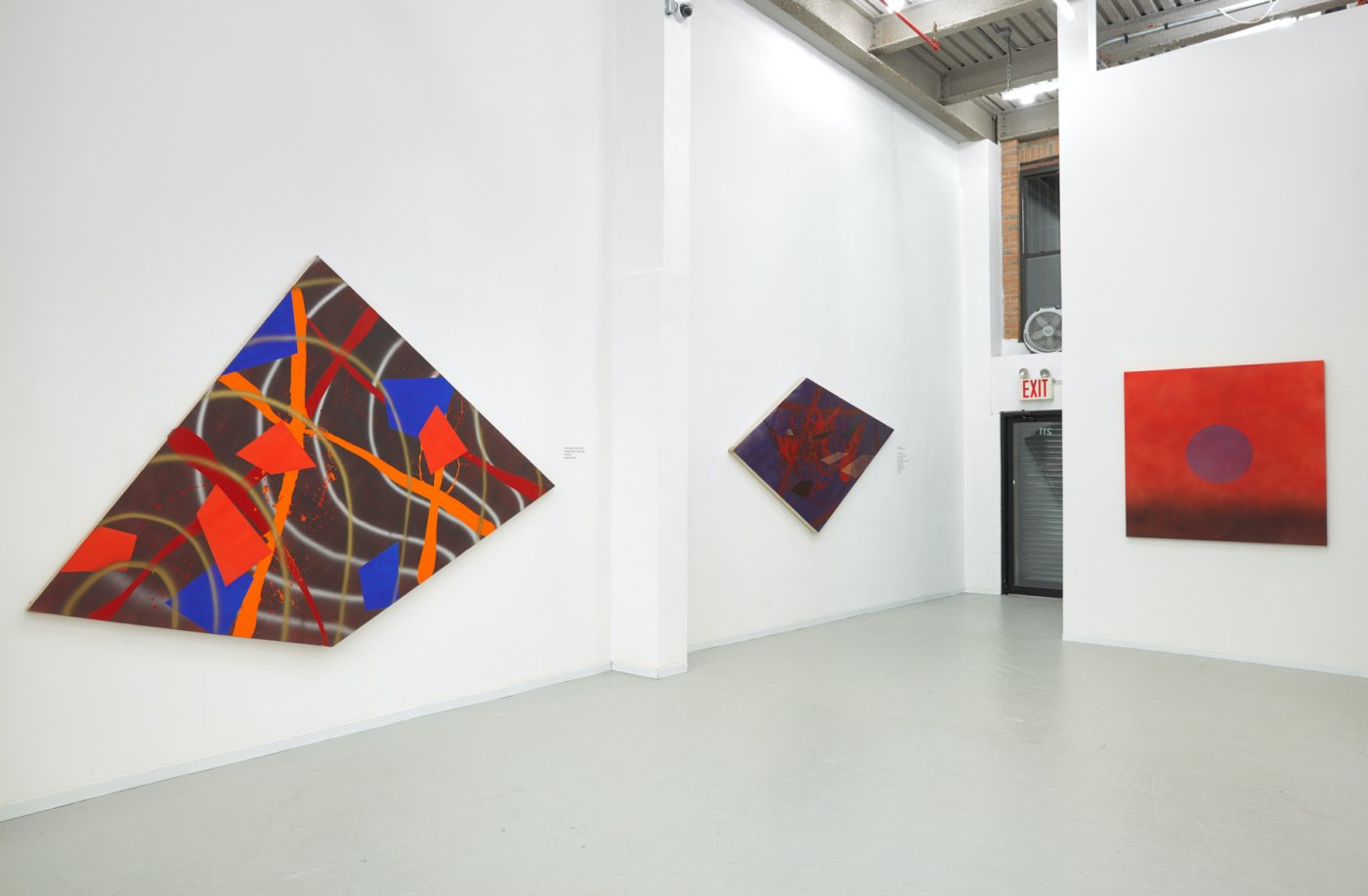 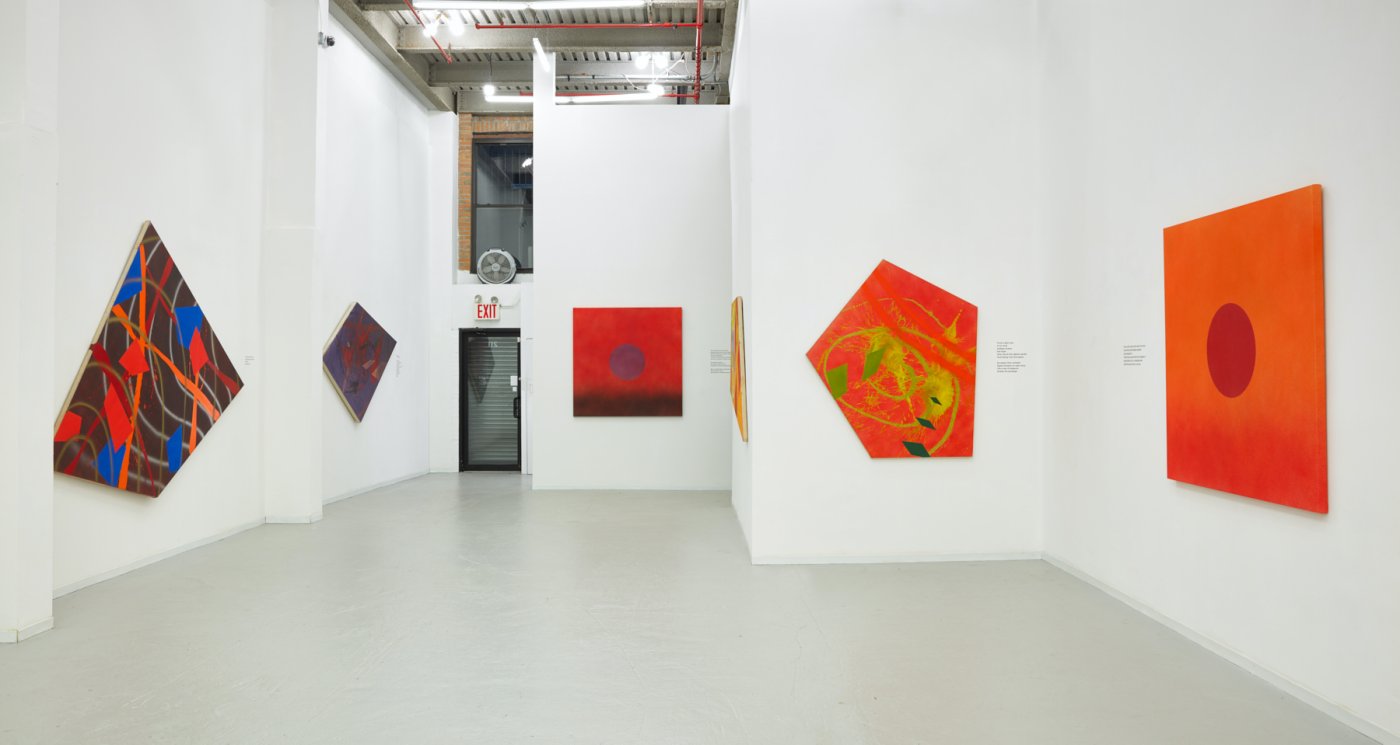 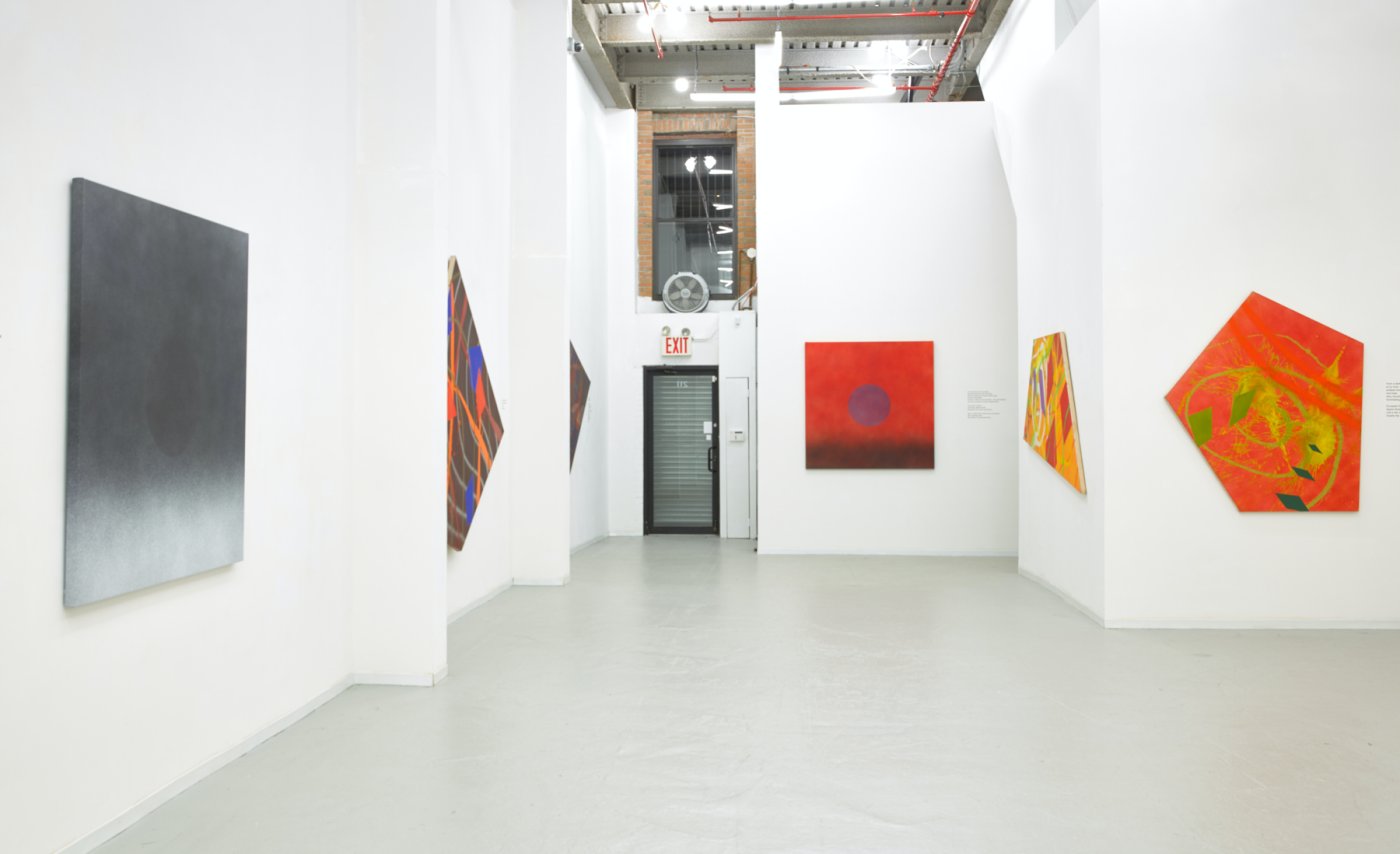 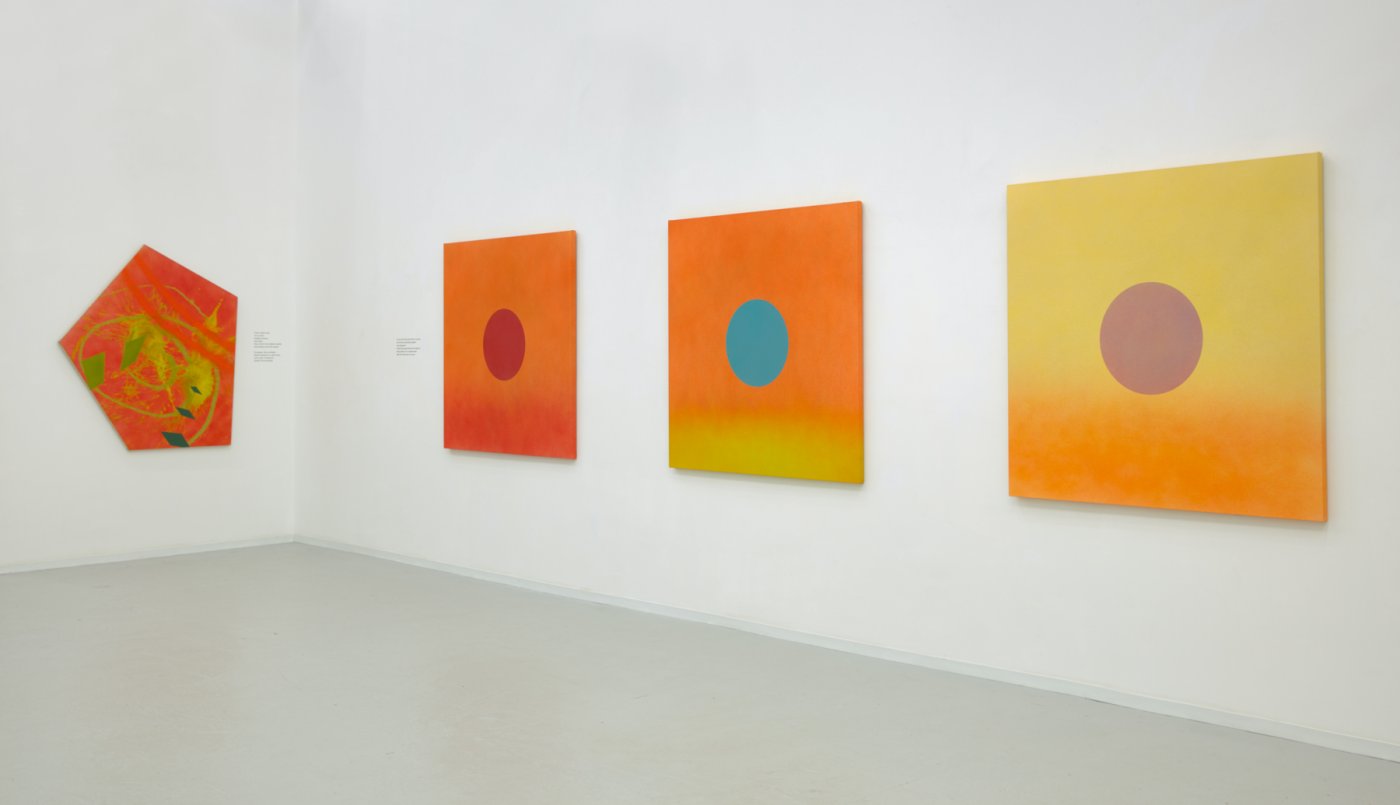 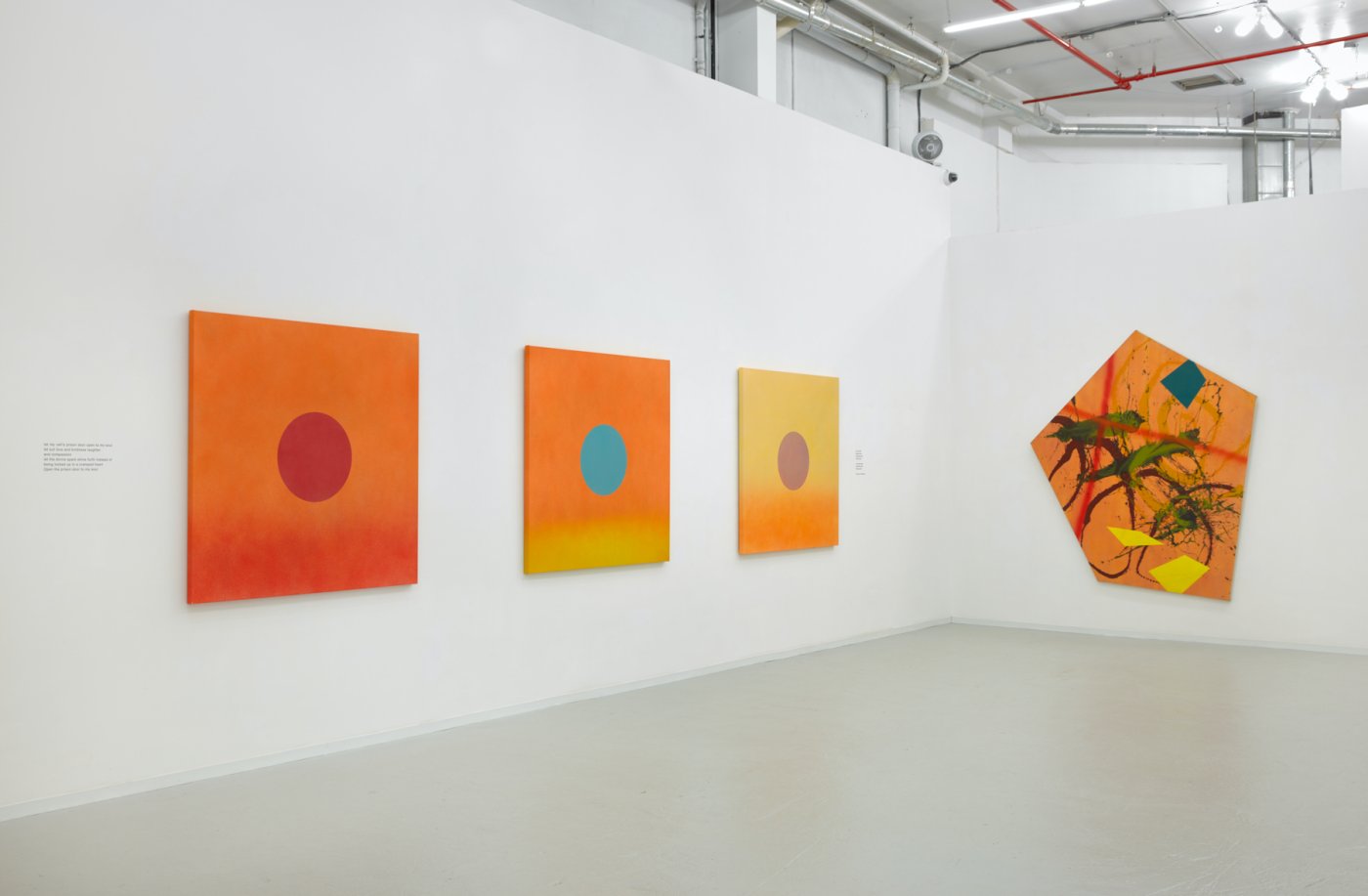 The later paintings represent an early breakthrough for the artist as they followed several cathartic series, Convergence (1980-81) and Emergence (1982-3) as well as extensive reading in astrophysics, psychology and higher states of consciousness. Those paintings manifested a culmination of understanding himself as a human being and his location in the cosmos, but also opened the door to a decades-long meditation practice and systemic approach to realizing serenity in his paintings through minimal compositions and ethereal sprayed color. Thus, the newest series contains single central discs on square canvas with ethereal grounds, and according to the artist, presents “the disc as a primal mystery with emotive color relationships between disc, background, and horizontal mist-like bands.” The reductive compositions are every bit as bold as the shaped canvases in Gifts to the Universe, but relying primarily on the dynamic color interactions between the discs and grounds to convey “a hereness and nowness and a centering and opening out of awareness” per the teachings of John Vervaeke (think Baba Ram Dass and Be Here Now, 1971). The new series also represents a recent breakthrough and like the earlier series, also borne out of spirituality and a raised consciousness.

Details About the Artwork and Exhibition:

The paintings from the earlier series, Gifts to the Universe, are exuberant, bright, celebratory and liberating. As the name suggests, the artworks feel like gifts that are wrapped and ready for giving. They also have a street vibe as the spray paint evokes graffiti with the many different layers of paint and imagery. To the artist, the layers of imagery and color represent different cerebral and personal aspects of his life, such as materiality, creativity and spirituality. However, for the uninitiated observer they are playful, expressive, wild and suggest input from different contributors (other graffiti artists, perhaps) each responding to the marks laid down before them. In some ways, this is an accurate portrayal of Rapaport’s approach to his artwork, which has been a long and challenging journey that has required him to evolve and grow, each stage of his development effectively represents a different expressive actor bringing something new to the art making practice. He was in a very dark and destructive period early in his career with addiction and difficult psychological issues. But, he has moved beyond it by looking long and hard into his heart and soul, using meditation and painting to heal and express his ideas and thoughts. It has truly been an Awakening.

Regarding the layers of imagery in the shaped canvases, Rapaport thinks of these as very distinct and specific. “The pour references dense materiality, the very physicalness of being. Because there are no straight lines in nature the quadrilaterals reference our mental processes. […] Finally the linear spray, which from 1985 on was the final element added creates an evanescent almost spiritual scrim through which one sees through to the whole painting.”

Rapaport’s influences for the physicality, rhythmic complexity and density of the imagery in the shaped canvases come largely from Jackson Pollock’s painting, One: number 31, 1950 (Museum of Modern Art, New York) and Frank Stella’s large scale and complex wall sculptures. The sprays were inspired from a very early experience with a spray gun, but its application to his studio practice was validated after he saw an exhibition of Jules Olitski’s paintings in the 1970s in Toronto, Canada at the David Mirvish Gallery. This was Rapaport’s first encounter with Olitiski’s work and it left an indelible impression. The color and its applications were influenced by the Washington Color School masters, Morris Louis and Kenneth Noland.

There was a 30-year journey between the shaped canvases of the late 1980s and the minimalist canvases in the new series, Into The Mystery. Several series were created during that time and all borne out of the artist’s meditation practice and approach to dealing with grief. The Still Point series was extremely reductive and ethereal, comprised of mostly sprayed grounds with a few symmetrical thin lines and dots functioning as meditation centers. As the artist once wrote, the series “was a distillation and visualization of what meditation was for me up till then.” The subsequent series then incorporated pours with the discs and sprayed grounds in various combinations and palettes.

During a period of grief following the death of Rapaport’s mother, he felt the need to honor her and bring closure to his loss with the Grief and After series. He introduced the discs at that time and combined them with single pours of paint on the sprayed grounds. He noted, “The relationship between the sprayed background field, disc and poured central figure is story-like, anecdotal with color and composition melding in an airy open-ended visual experience.” He then experimented with variations on these elements and themes in the New Chapter and Waking Up series of paintings. He stated, “The poured central figure in both the New Chapter and the Waking Up paintings has roots in the 1980’s Convergence paintings and the Grief and After paintings and importantly, there is an underlying element of soul struggle inherently in these spirit forms.”

The new paintings from the Into The Mystery series are a return to a more reductive composition that is upbeat and positive. They are spiritual and mark a significant achievement in his increased consciousness and awareness through meditation. Important influences include the reductive, serene and meditative paintings of Mark Rothko and Agnes Martin. More important, they have a dialog with the shaped canvases as both share breakthroughs at different times in Rapaport’s career where his enhanced awareness through the practice of meditation and a layman’s understanding of cosmology, respectively, led to a significant aesthetic change in his paintings and studio practice.

Rapaport (b. 1947), born and raised in New York City, earned his BFA in 1969 and pursued graduate studies at Hunter College. Initially trained and concentrated on figurative painting and drawing, by the late 1960s he switched entirely to abstract painting. The 1970s were a bit of a lost decade for the artist due to health issues and other personal matters. However, he reemerged in the early 1980s and has consistently produced challenging and inter-related series of abstract artworks that he has exhibited mostly in and around New York. His strongest affiliations have been with Westbroadway Gallery in New York and Sideshow Gallery in Brooklyn.