“My painting is not art of rebellion, but one of discovery and sharing. I have found satisfaction in the spontaneous, often compulsive, act of drawing and painting.”
– Leonard Edmondson 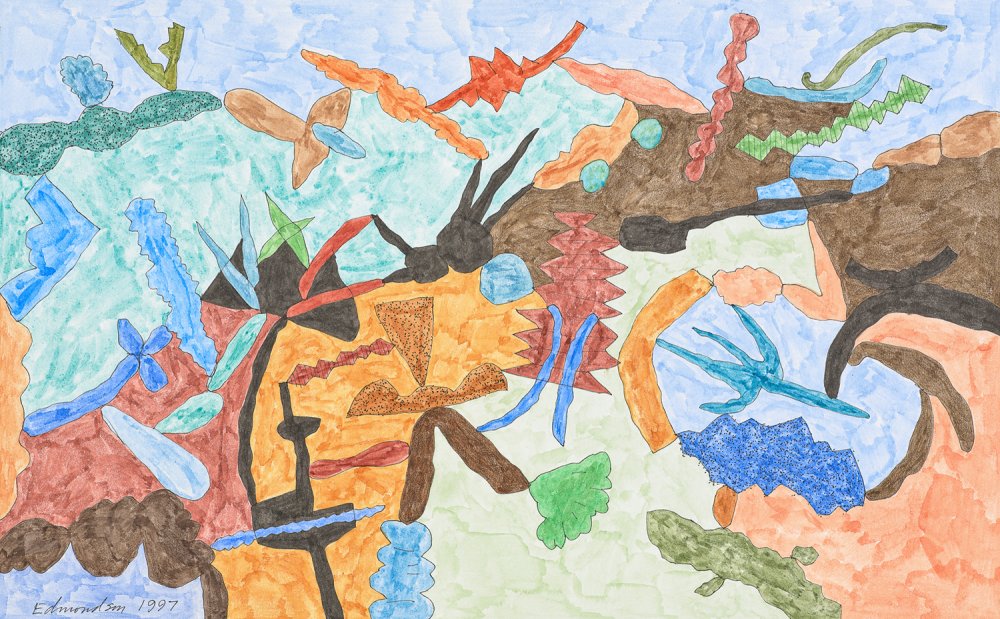 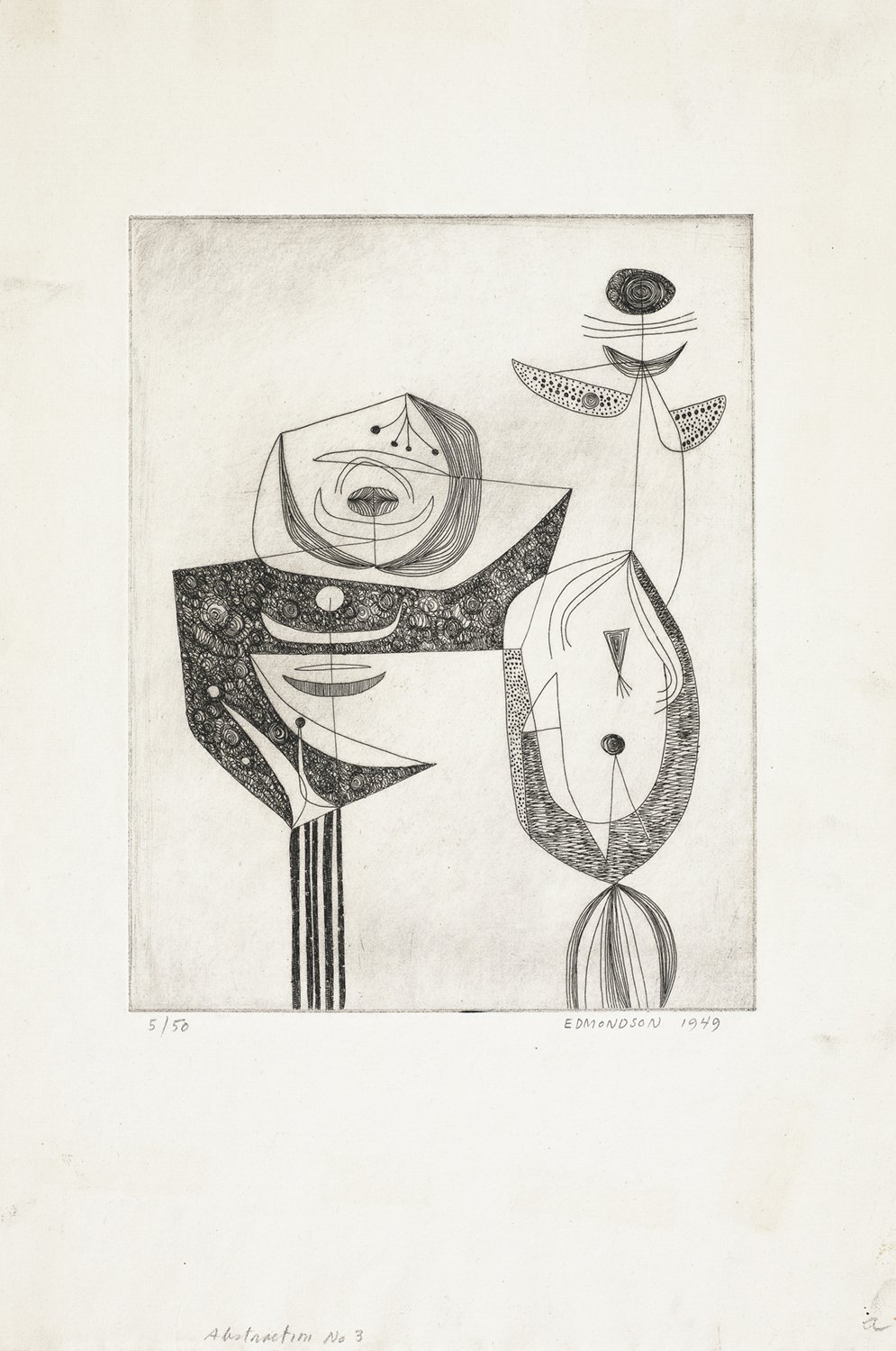 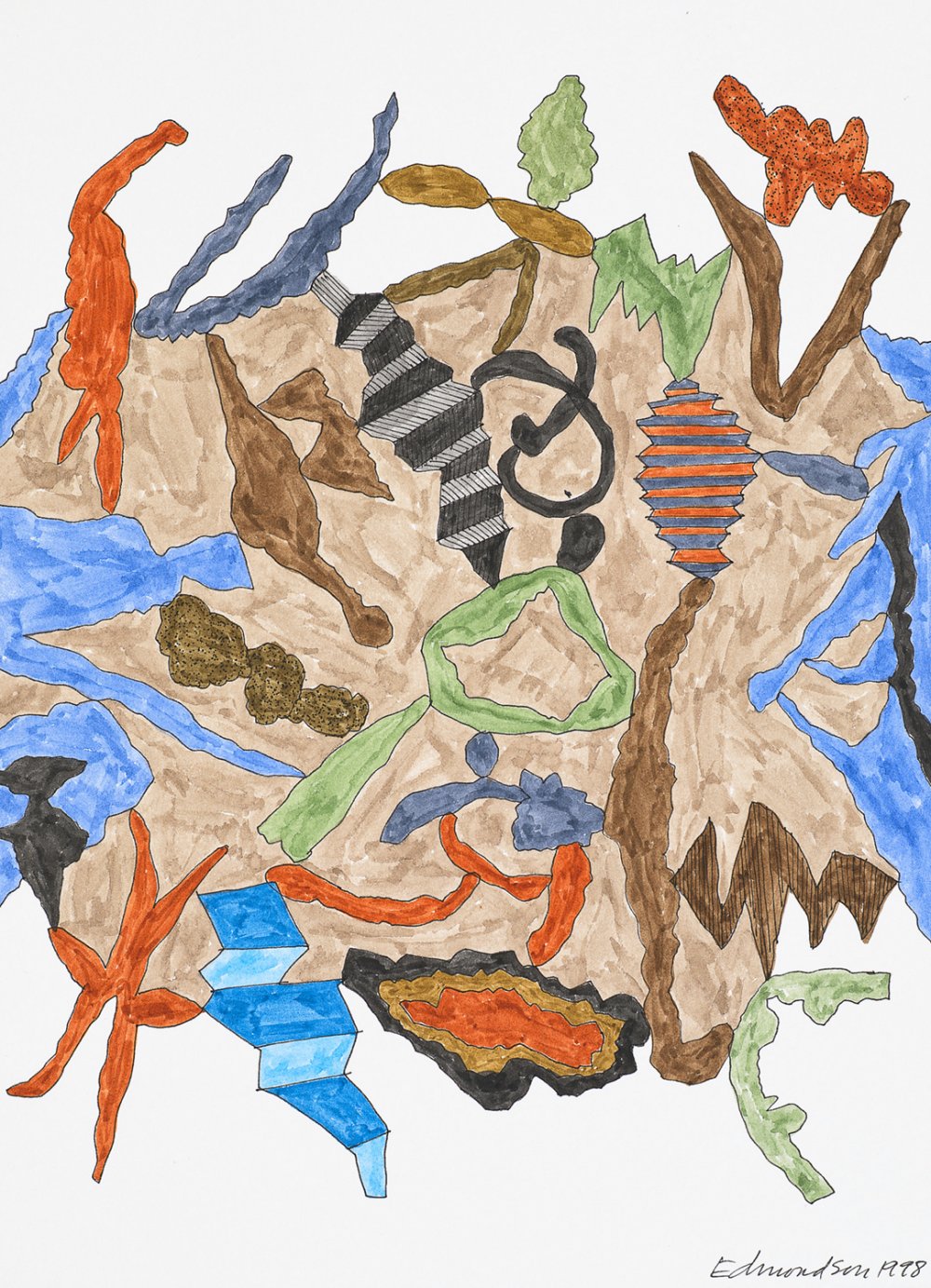 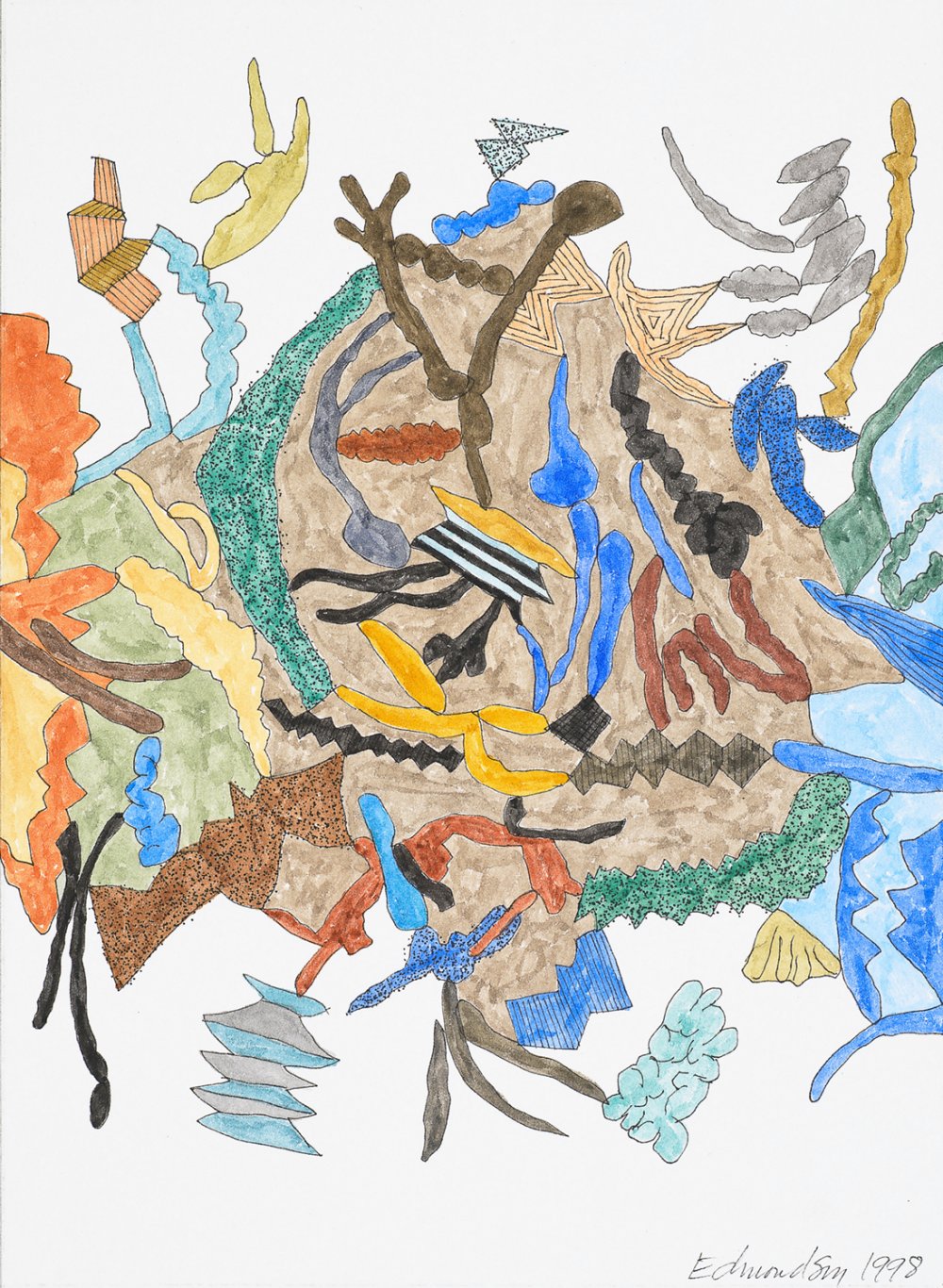 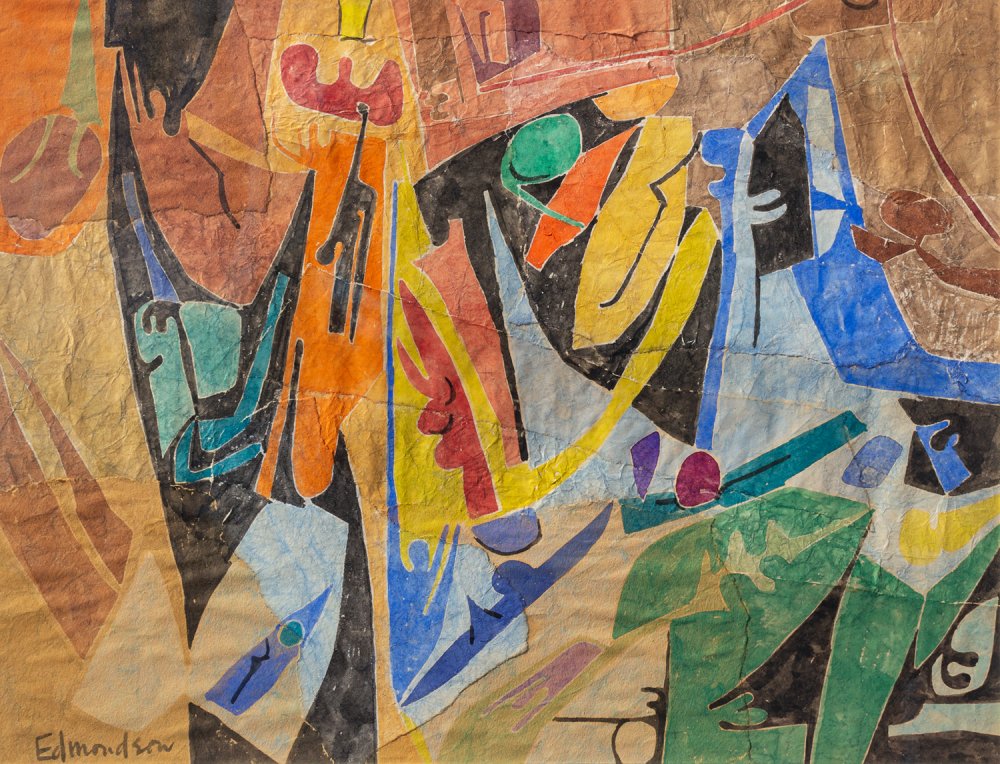 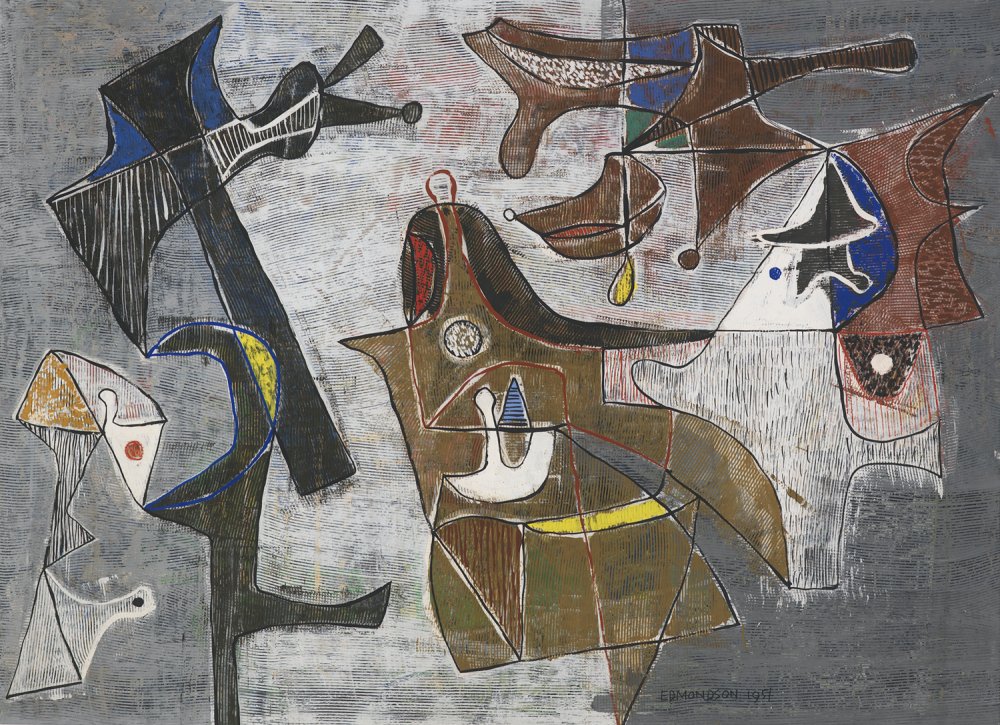 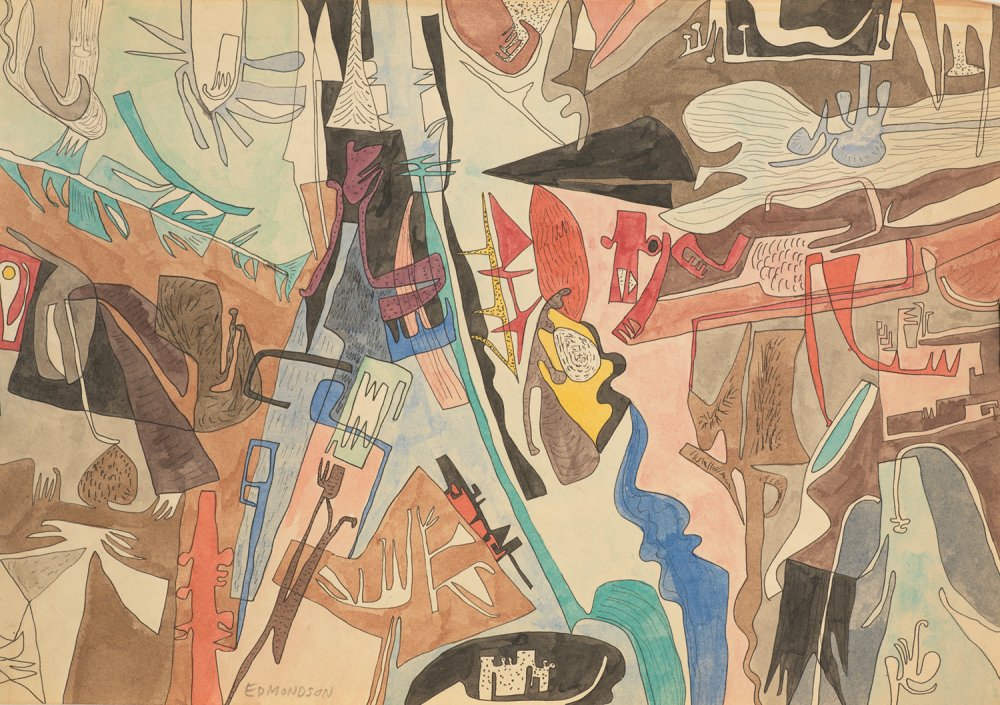 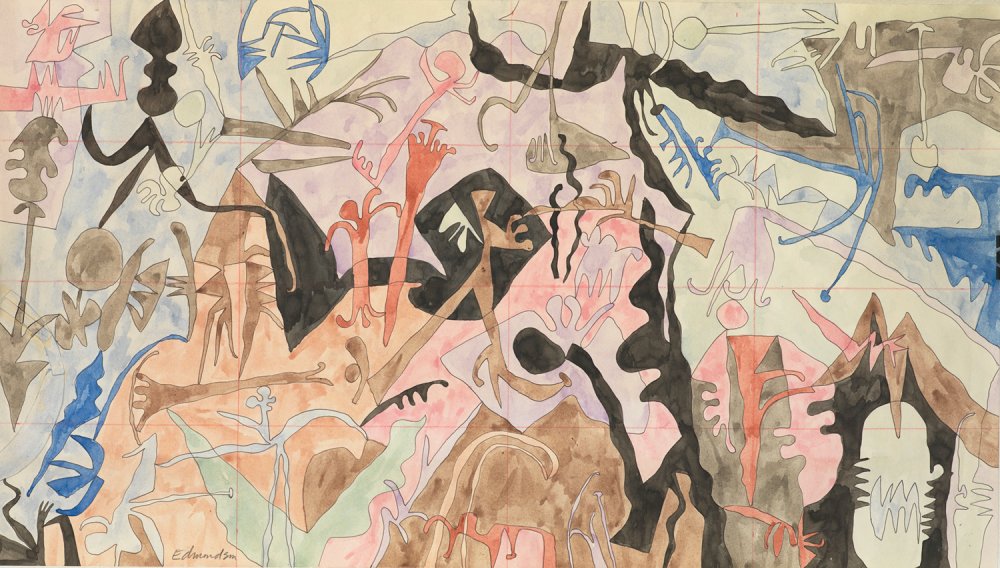 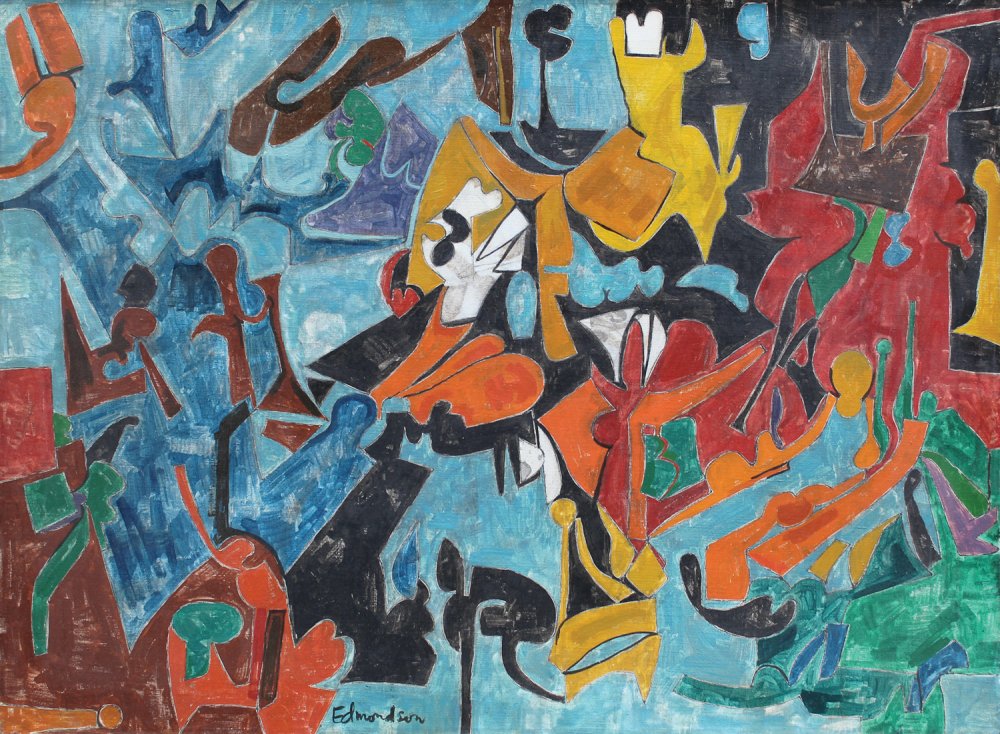 Leonard Edmondson
An Occasion for Surprise, 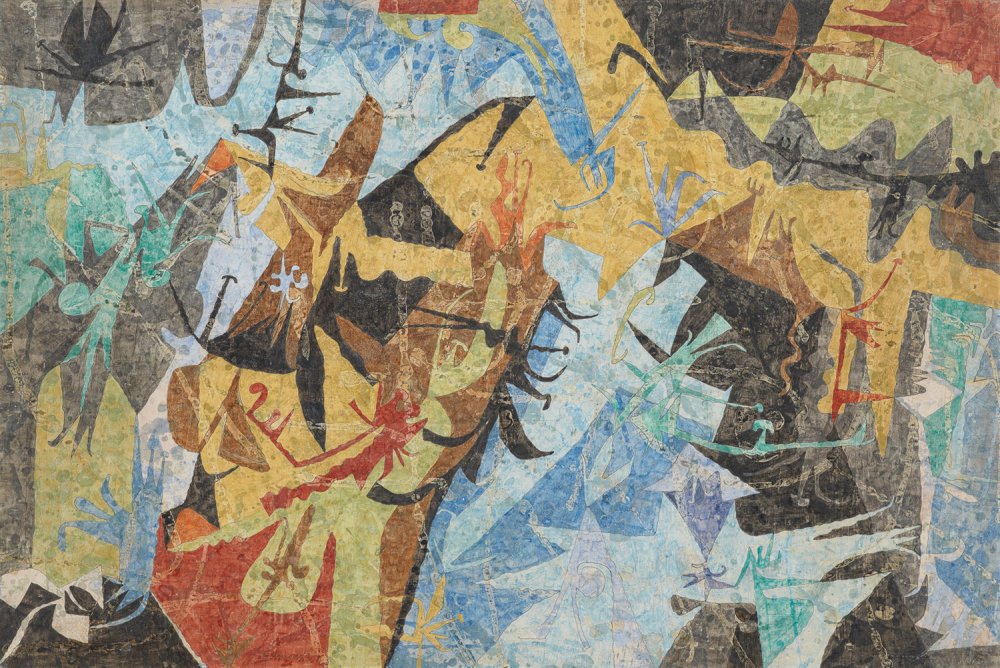 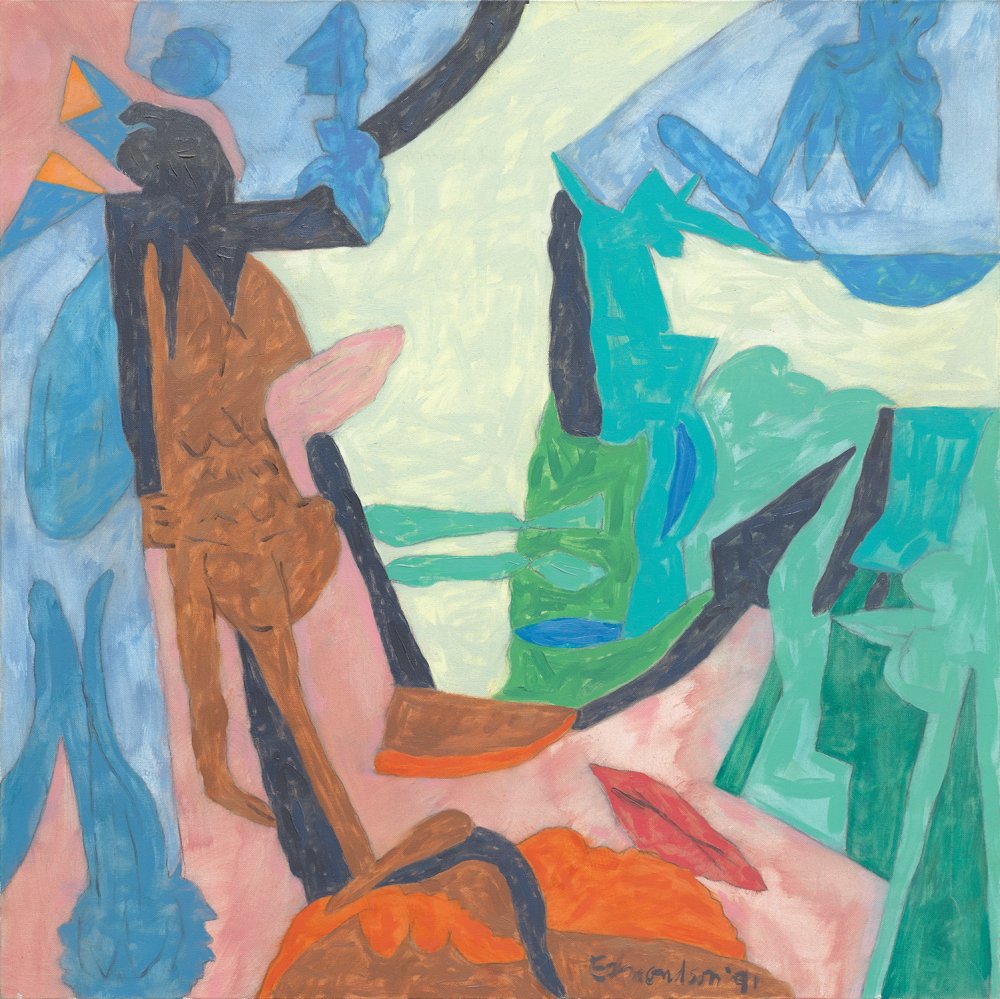 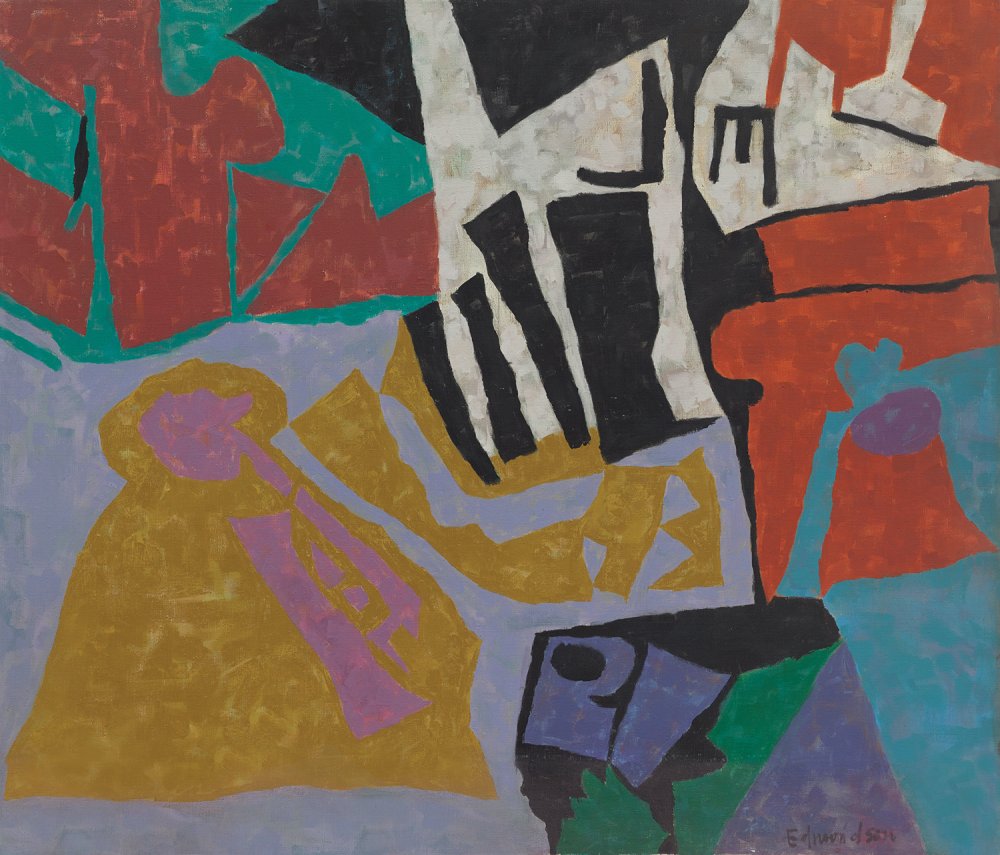 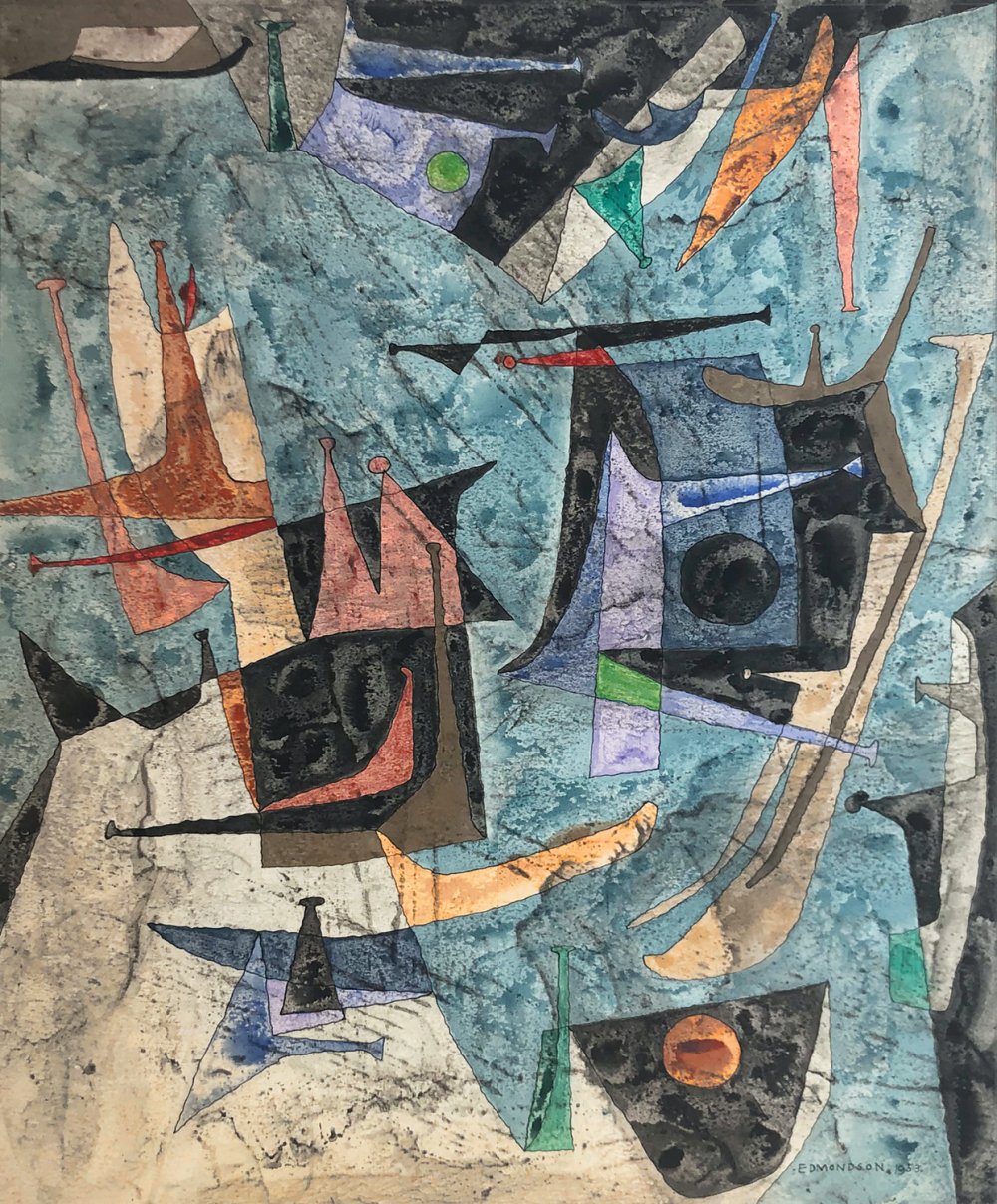 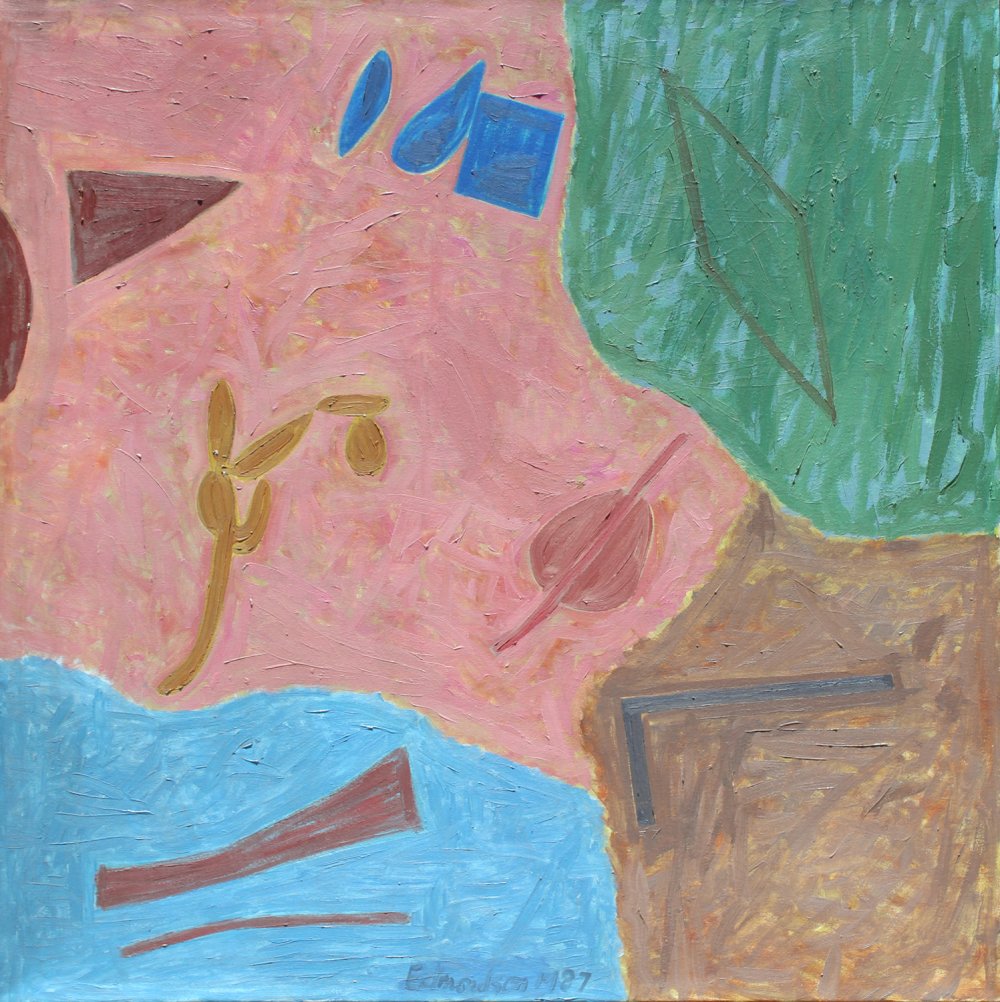 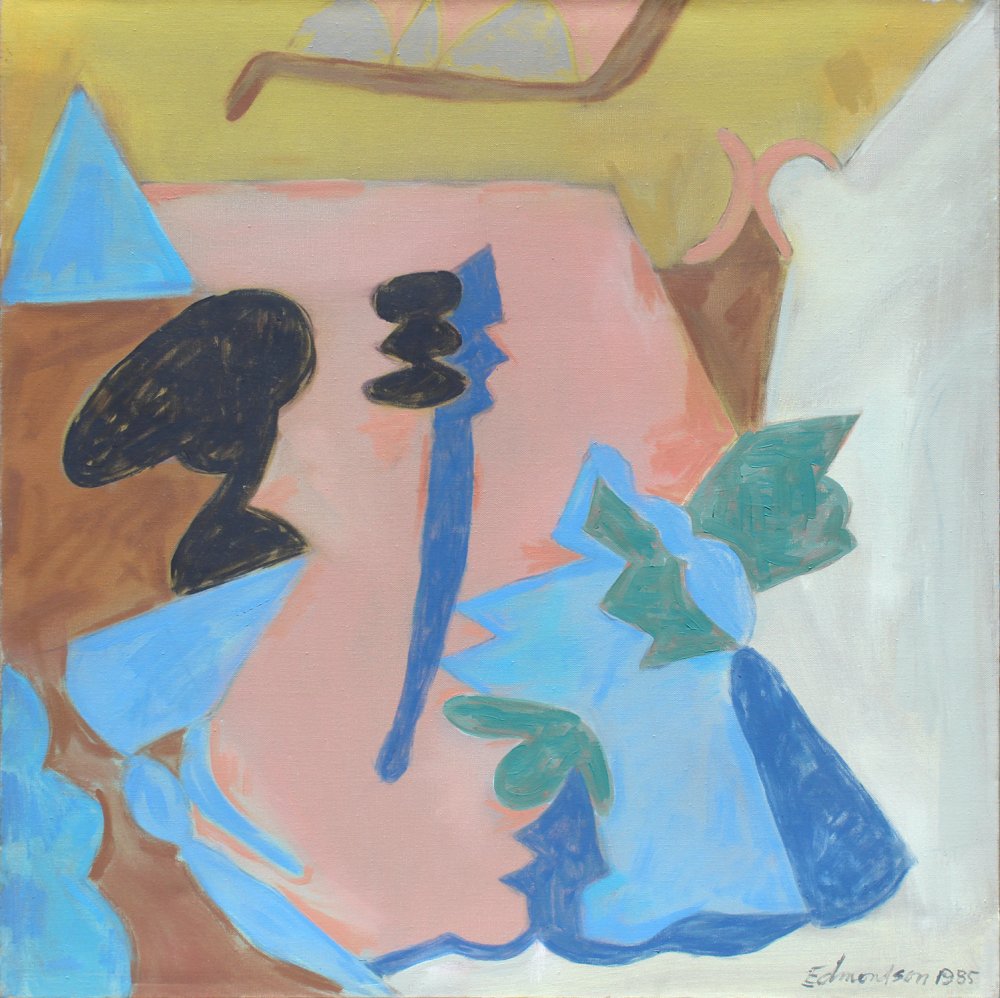 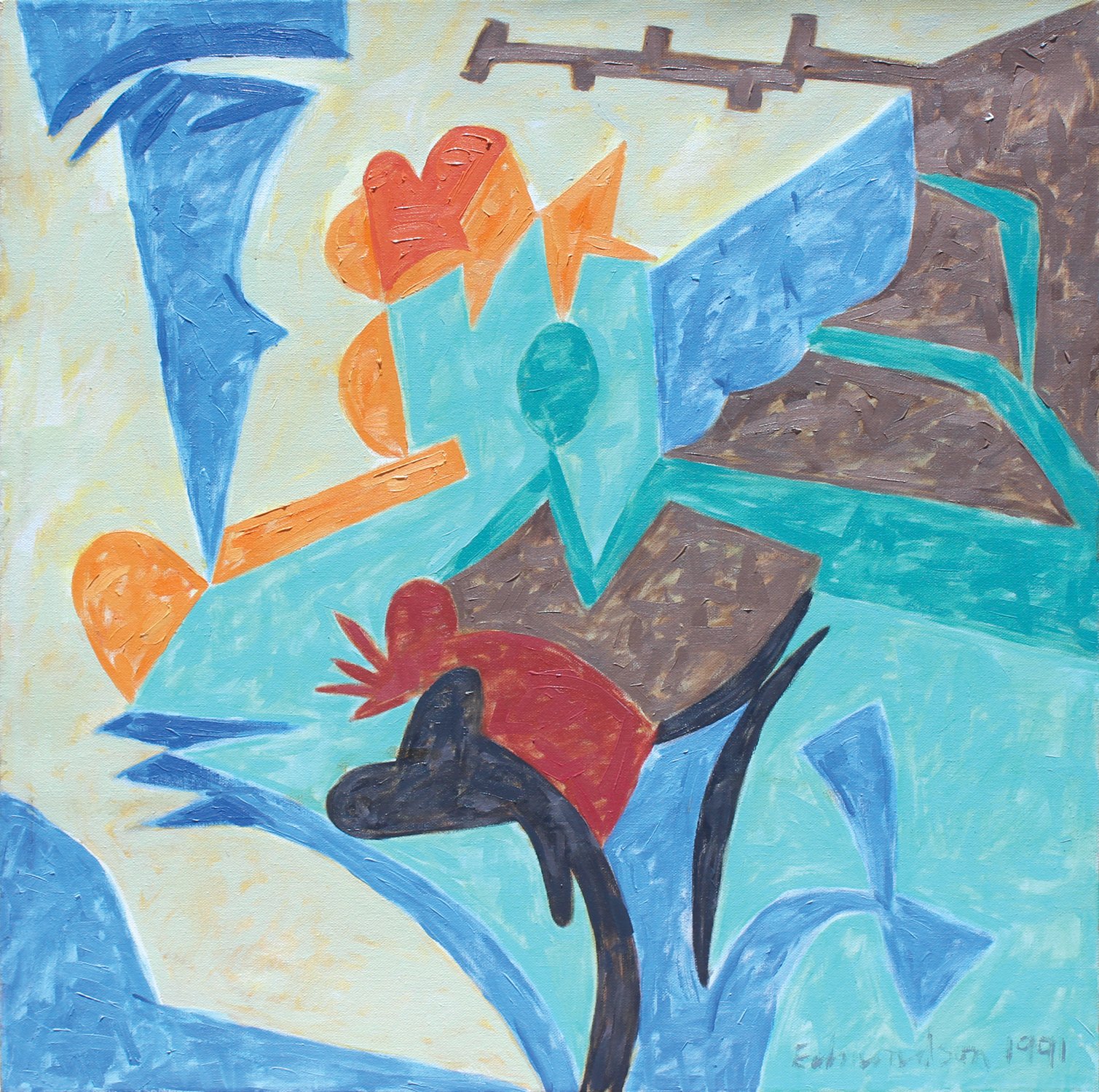 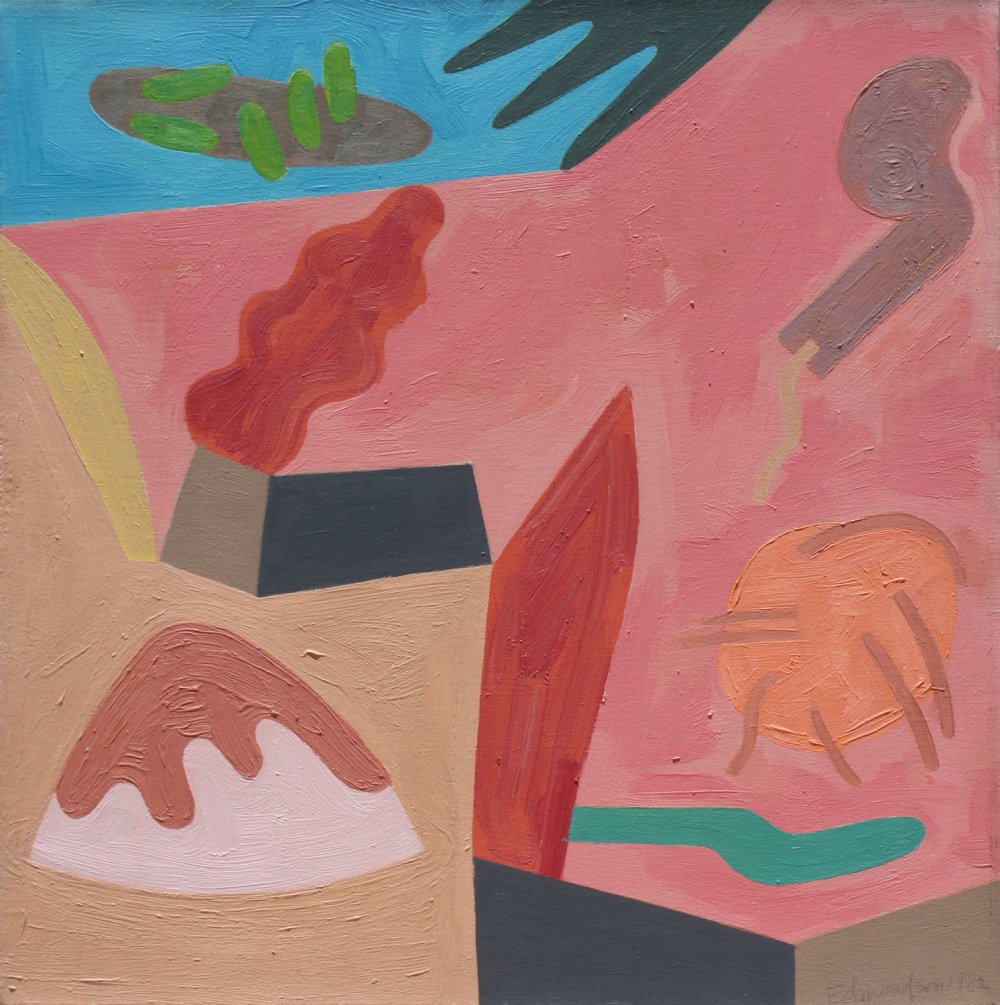 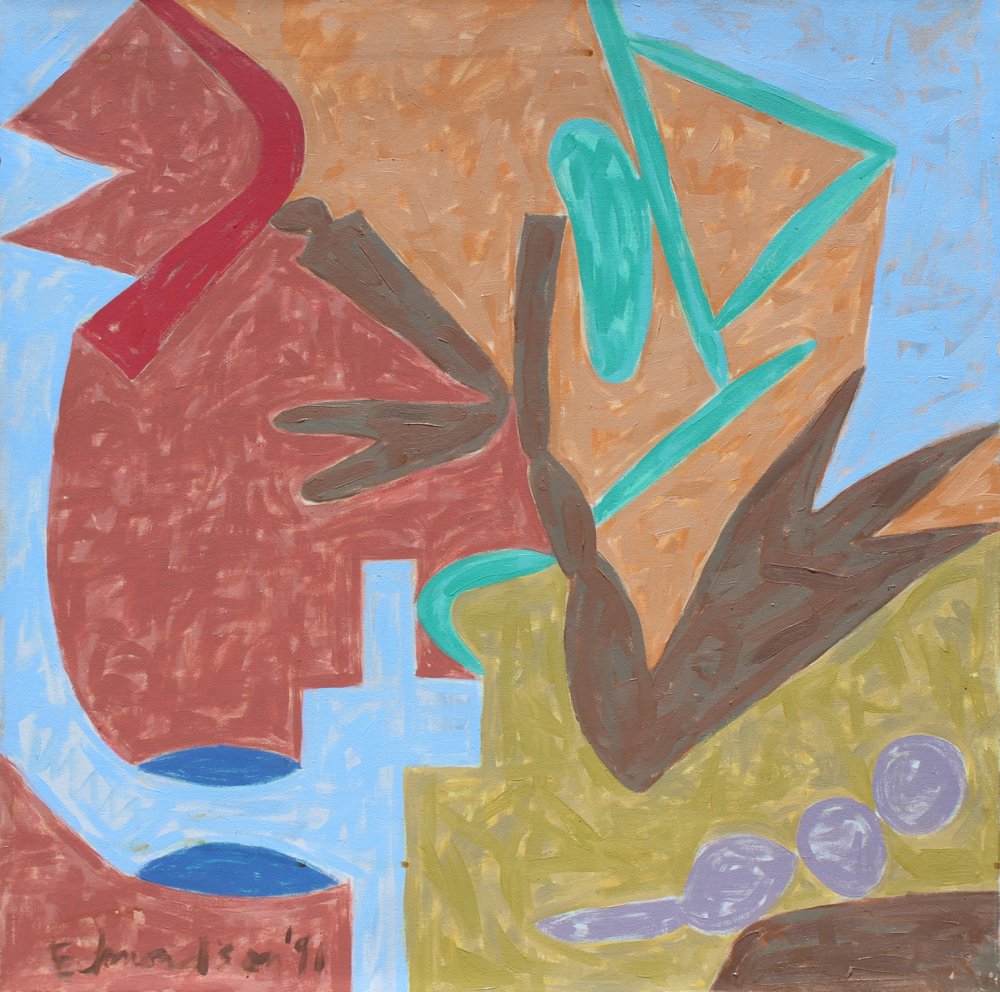 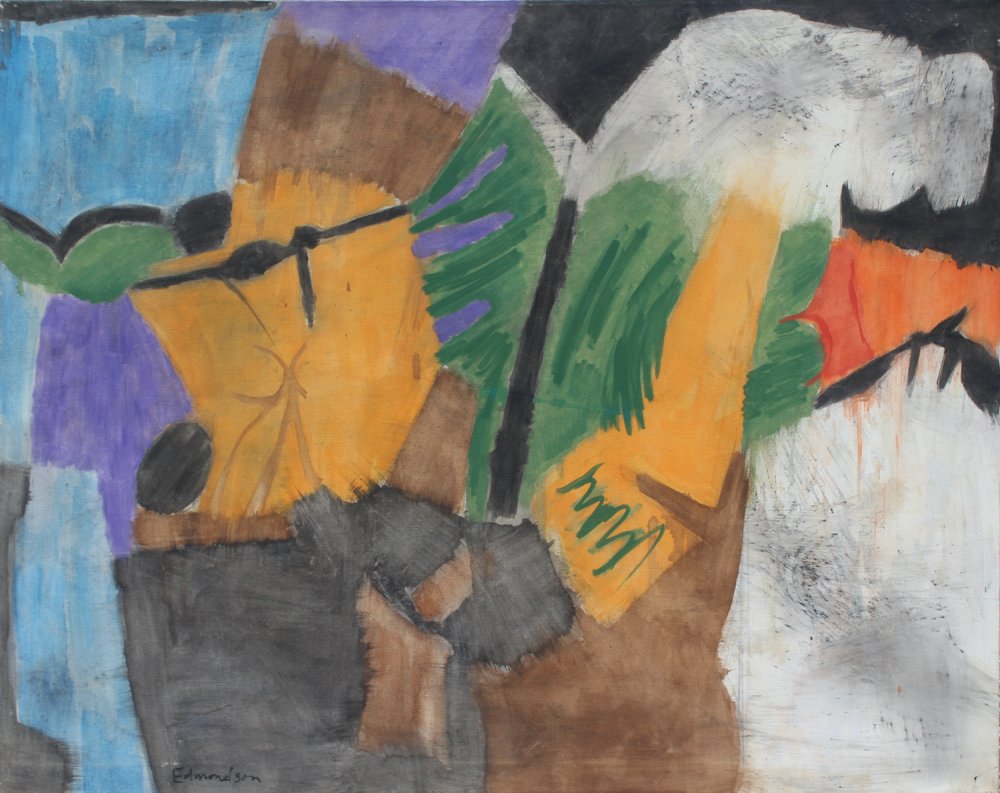 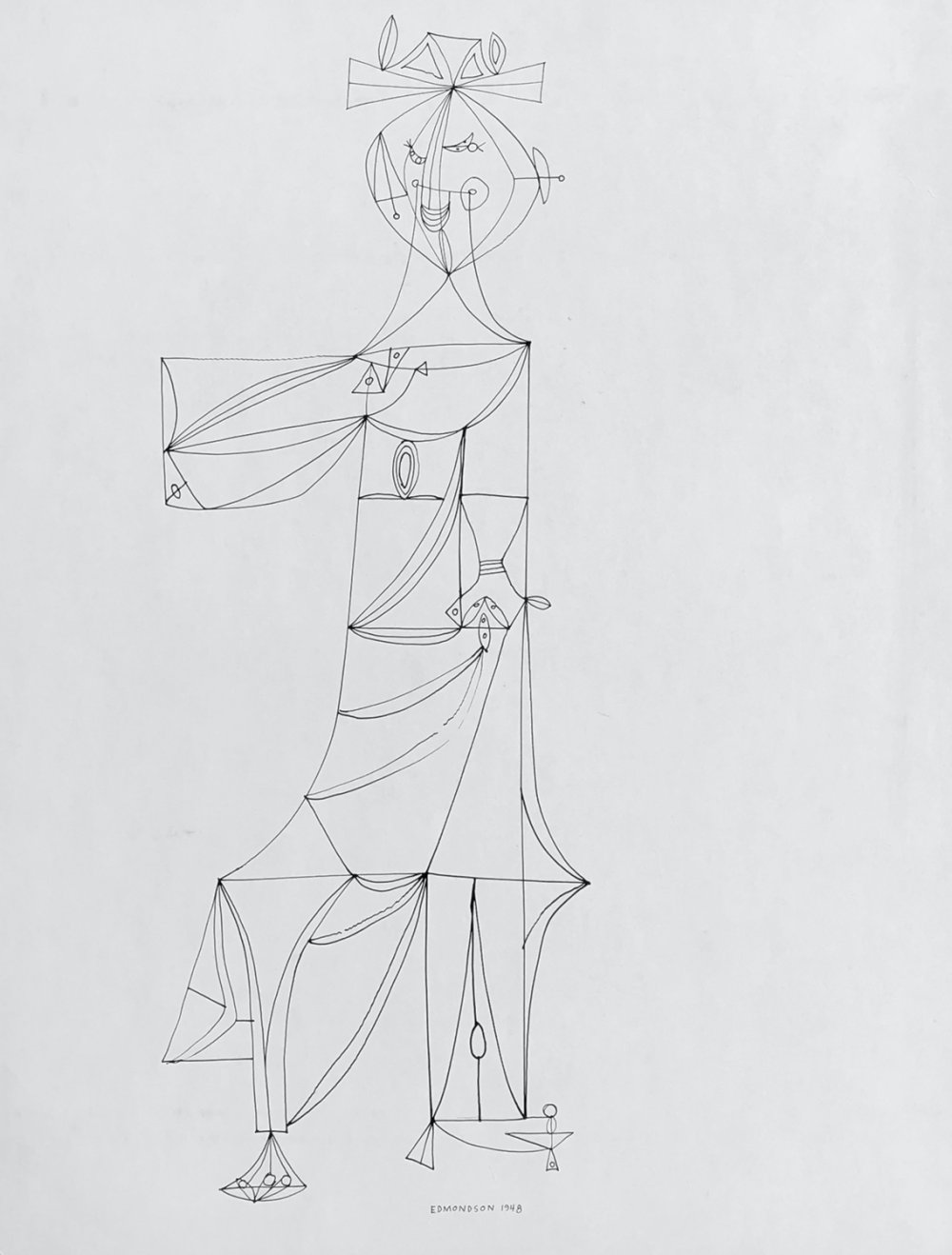 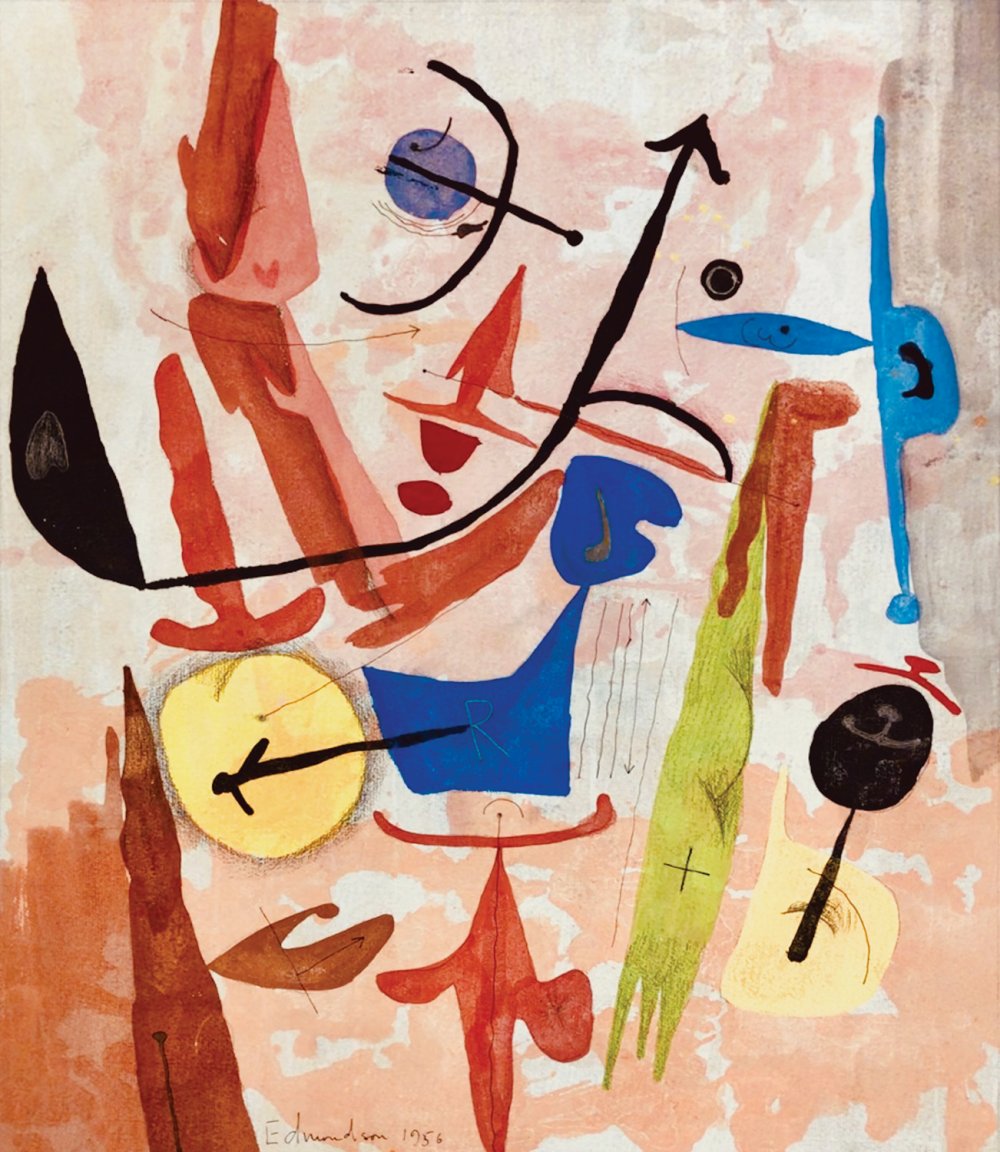 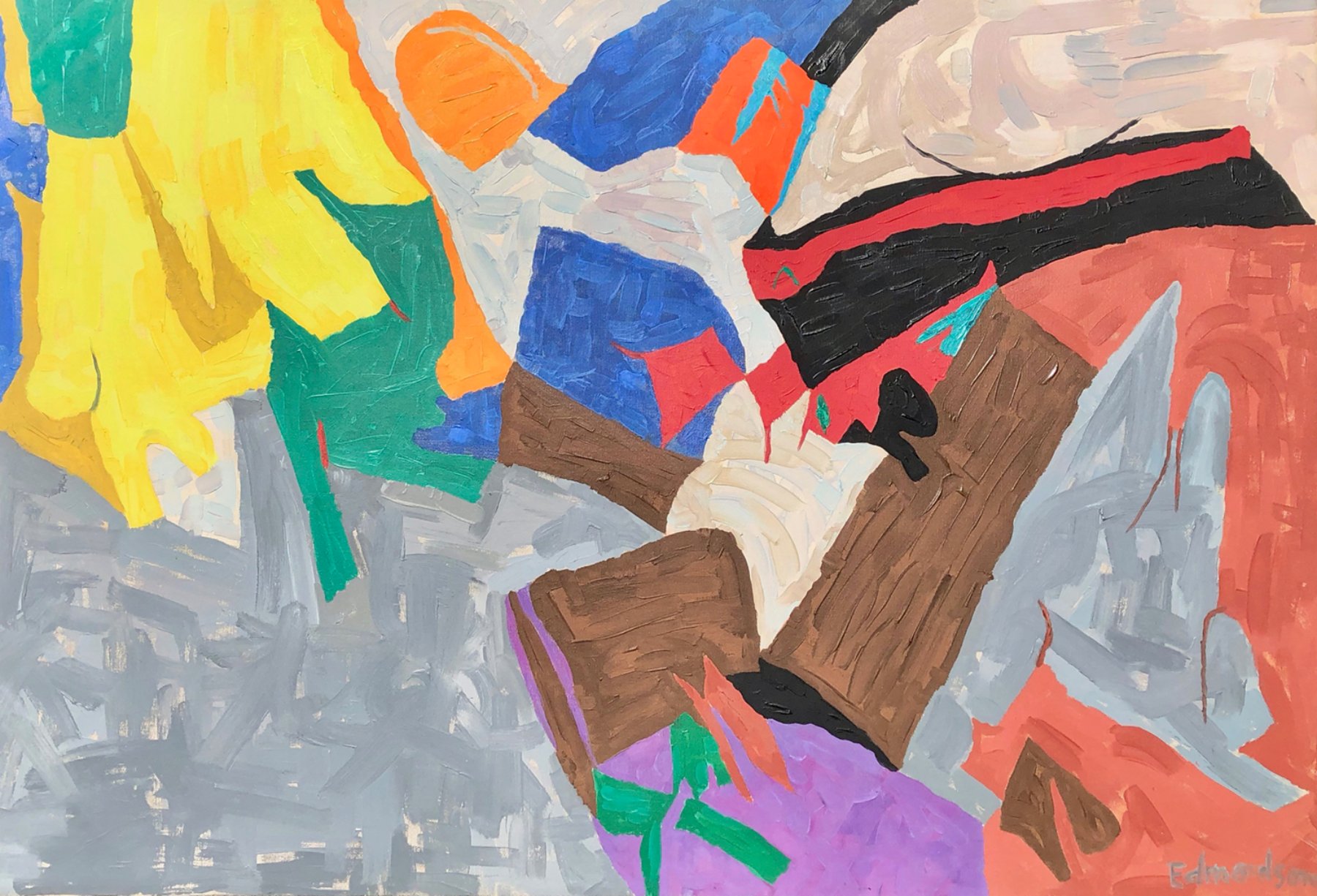 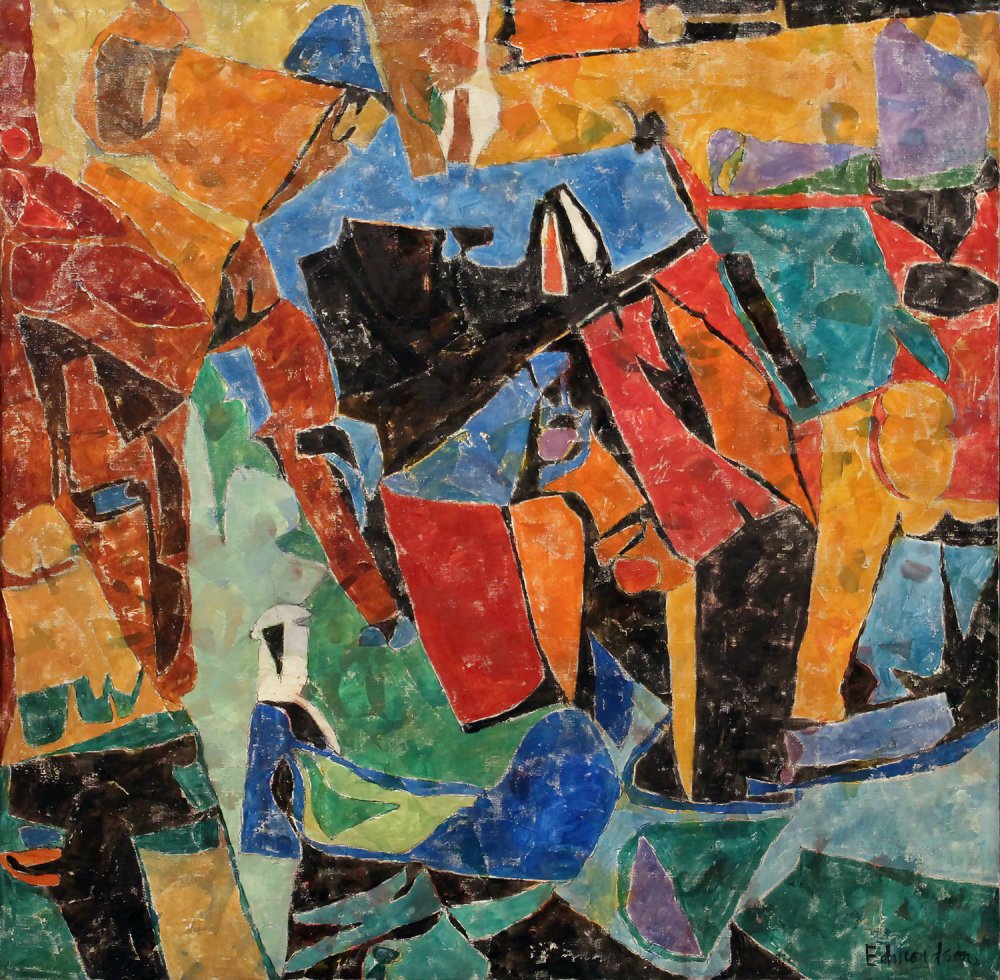 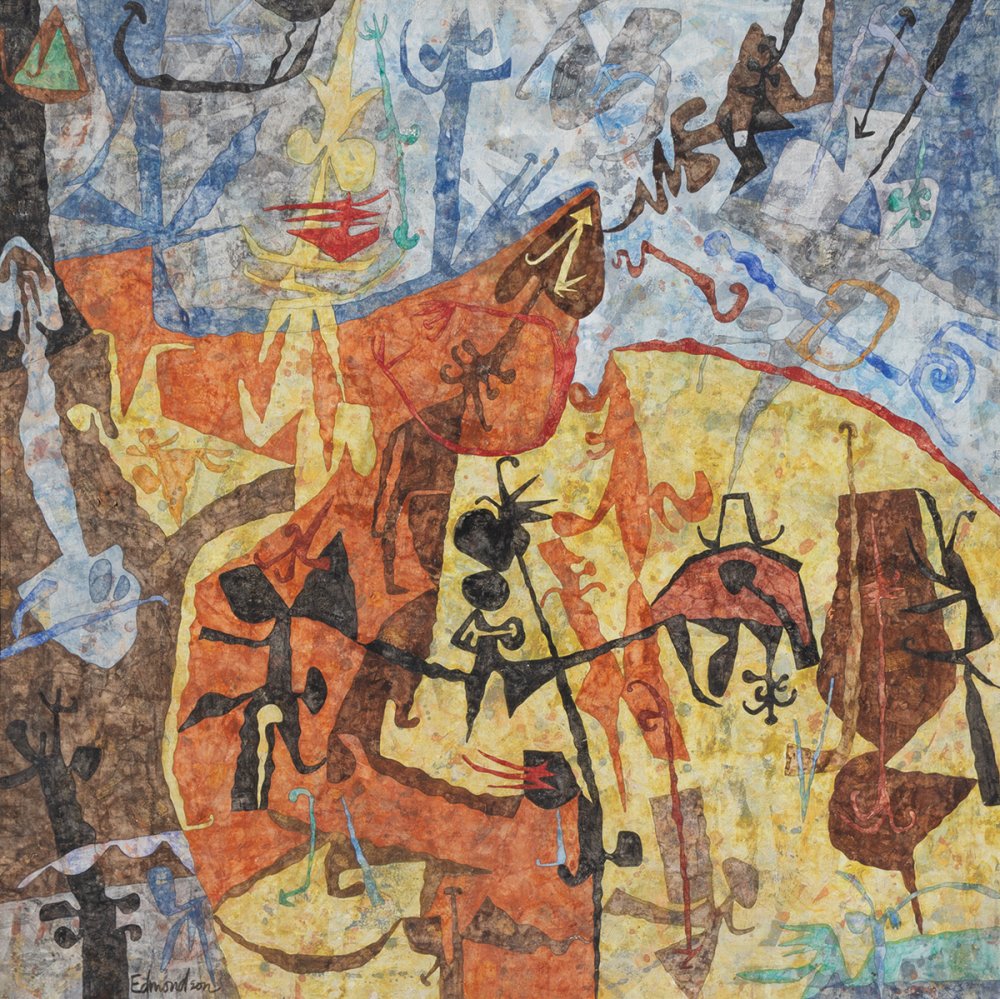 Leonard Edmondson, California native, painter, printmaker, educator, and author, was born in Sacramento in 1916. Edmondson studied at the University of California, Berkeley, where he graduated in 1942 after earning his B.A. and M.A. in Fine Art. Between 1942 and 1946, he served in the U.S. Army in Military Intelligence. When he returned from service, Edmondson embarked on a distinguished teaching career in Los Angeles that spanned five decades. Concurrent with beginning teaching, he became absorbed with Klee and Kandinsky, studying Klee’s Pedagogical Sketchbook and Kandinsky’s theoretical writings.

Although renowned for his work as a printmaker, Edmondson used a wide variety of media in his art. By 1950, he made an abrupt change from figuration to abstraction, cited by the artist as a journey of discovery, inspiration, and meaning in his work. The following year was pivotal for Edmondson. He learned advanced intaglio techniques from Ernest Freed at the University of Southern California. His first solo exhibition was held that year at the prestigious Felix Landau Gallery in Los Angeles. Then in 1952, his first solo museum show was mounted at the de Young Museum, San Francisco, CA.

From 1954 to 1956, Edmondson was appointed head of the design department at Otis College of Art and Design. His paintings continued to garner acclaim, appearing in important national venues, such as the 1954 exhibition “Young American Painters” at the Guggenheim Museum in New York, an exhibition at the Whitney Museum of American Art in 1956, and the Corcoran Gallery of Art’s Biennial of American Painting in 1957.

Edmondson’s abstract works are allover compositions in which biomorphic shapes float through an atmosphere of soft color. Often, his palette consisted of limpid hues of translucent rose, terra-cotta, pink, gray-blue, and yellow. His art is also concerned with cognition; titles such as An Occasion for Surprise and Collateral Ribbon demonstrate his interest in relationships, both conceptual and formal (the latter comprising space and color). His paintings and prints share a delicate line, a concern with the tonal gradations of textured backgrounds, and a refined elegance.

After the fifties, Edmondson had continued success in both his teaching and artistic careers. He spent a year in New York City on a Guggenheim Grant working at the Pratt Graphic Center in 1960; he became the chair of the art department at California State University in 1964, and in the early 1970s, he and a group of artists formed a studio called the Pioneer Press Club. A studio Edmondson and his fellow artists used as a place to experiment and where Edmondson created his universally respected book, Etching, which was published in 1973.

“The artist is a product of the society that nurtures them, and that society is dynamic and complex. They are responsive to the unrest of their society, which sets in to search for new and unpredictable ways of expressing themselves. Ways that will reflect the experimental nature of his ethic will, at the same time, reveal the artist’s nature.” – Leonard Edmondson, 2002

“The excavation of the unconscious and dreams that the Surrealists advocated proved to be very fertile for both figurative and non-figurative work, though perhaps even more for the latter. Edmondson definitely saw himself as an “Abstract Surrealist” and also as a “Romantic”, which makes sense because in many ways, Surrealism is in the Romantic tradition. “I sometimes think of my painting as Romantic,” he wrote in 1957, “in the sense that these paintings are a search for a truth not found in ordinary circumstances or established customs but discovered only out of a personal resolution.” Edmondson’s use of the word “personal” does not mean that the work is only comprehensible to the one who made it, or that its horizons are limited to the artist’s own circumstances. On the contrary; the discovery of the deepest level of the personal leads to an expansion of its meaning, so that the personal ends up encompassing that which is beyond it. As Edmondson wrote on another occasion, “I feel that my value as a painter lies in revealing a personal world which in turn becomes, when it is complete, a universal world.” – John Dorfman, Senior Editor, Art & Antiques Magazine