Leon Polk Smith: Endless Space features paintings from the artist’s iconic Correspondence and Constellation series which he produced over a nearly twenty-year span between the late 1950s and the 1970s. Characterized by their interactive multipart compositions, the canvases created during this time period have come to be known as the artist’s most signature works. Endless Space expresses Smith’s nimble and daring shift from rectilinear canvases to shaped supports, and from single-panel works to complex, polyptych installations. Fusing together bright colors at a curved edge, Smith’s compositions push the confines of the canvas. “I was fascinated by the interchange of the positive-negative aspect of [Mondrian’s] paintings with no background,” Smith described in a 1966 artist statement. “I was thrilled to think that if I could liberate this quality which he confined to the rectangle into a free form, that I would be able to express the endless space.”1

As Smith’s large-scale paintings reveal an abundance of formal ingenuity, they also contain elements of personal narrative that demand further examination. Smith was born in 1906 to mixed, half-Cherokee parents near the territory of Chickasha one year before it was incorporated into the state of Oklahoma.The artist’s Native heritage and proximity to indigenous traditions provide a nuanced background for the role of space and color within his compositions. With this biographical context, Smith’s abstract expanses thereby reemerge as open roads, infinite plains, and vast skies — vestiges of his childhood landscape and rural upbringing, working on his family’s farm, and his work constructing highways. Offering an important frame of reference alongside Smith’s Native identity are his experiences living as a gay man in McCarthy era New York City. In the exhibition’s accompanying catalogue, injecting the predominant formal analysis of Smith’s work with queer theories of anthropomorphism, art historian Jonathan David Katz discusses the artist’s painted forms as a coded representation of then-illegal homosexuality, a “redirection of the impersonality of geometry towards the chaos of desire.”2 Between these formal, social, and political readings, Smith’s works adamantly coalesce around one vital certainty — the notion of endless, polyvalent, and colorful space.

Leon Polk Smith (American, 1906 – 1996) was a painter heralded for his lifelong commitment to exploring color and shape through reductive geometric compositions and shaped canvases. Born on Native American lands, Smith grew up with his eight siblings in a farming community among American Indians of the Choctaw and Chickasaw tribes. Smith received his primary and college education in Oklahoma, and moved to New York City in 1936 to pursue a graduate degree in arts education at Columbia University Teachers College. In New York, he worked at the nascent Museum of Non-Objective Art (later the Guggenheim Museum) where he encountered the works of Modernists such as Piet Mondrian, Constantin Brancusi, and Jean Arp. Smith was immediately drawn to the ways in which Modernists harnessed geometry and space, concerns that would remain at the forefront of his practice throughout his life. From the mid 20th century onwards, Smith was predominantly seen within the category of geometric abstraction. But as abstract and minimalist painters of the time began to diverge from Modernism, Smith continued onwards, innovating the formal and rational elements of the Modernist tradition. From his first solo exhibition in NewYork City in 1941 until his death in 1996, Smith’s paintings exuded a buoyant optical tension—or what critic Roberta Smith would term a “slightly unhinged optimism”3—that would come to be regarded as central to the foundation of the hard-edge movement.

The Leon Polk Smith Foundation was established by the artist and has been active since Smith’s death in 1996. More information on Leon Polk Smith and his work can be found at the foundation’s website:
www.leonpolksmithfoundation.org. 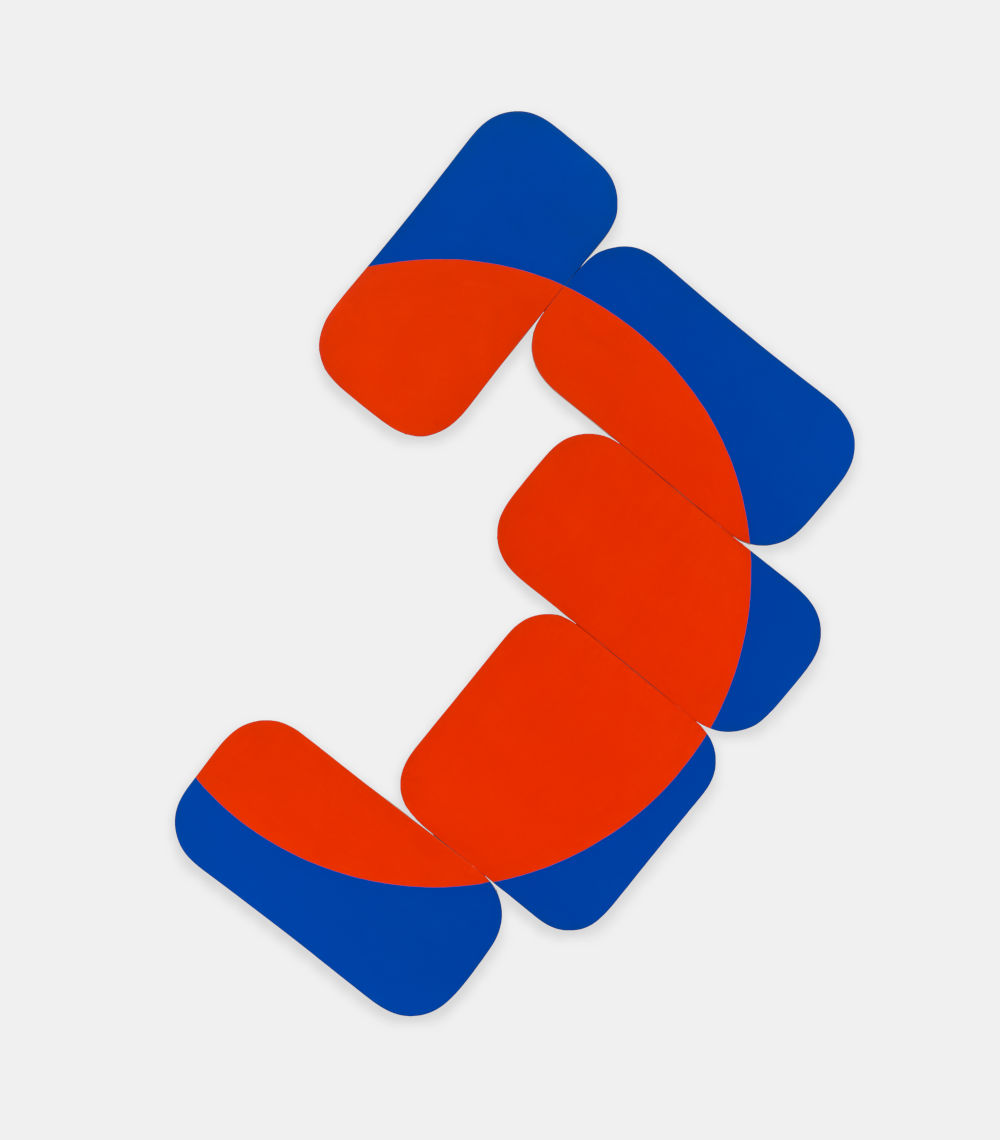