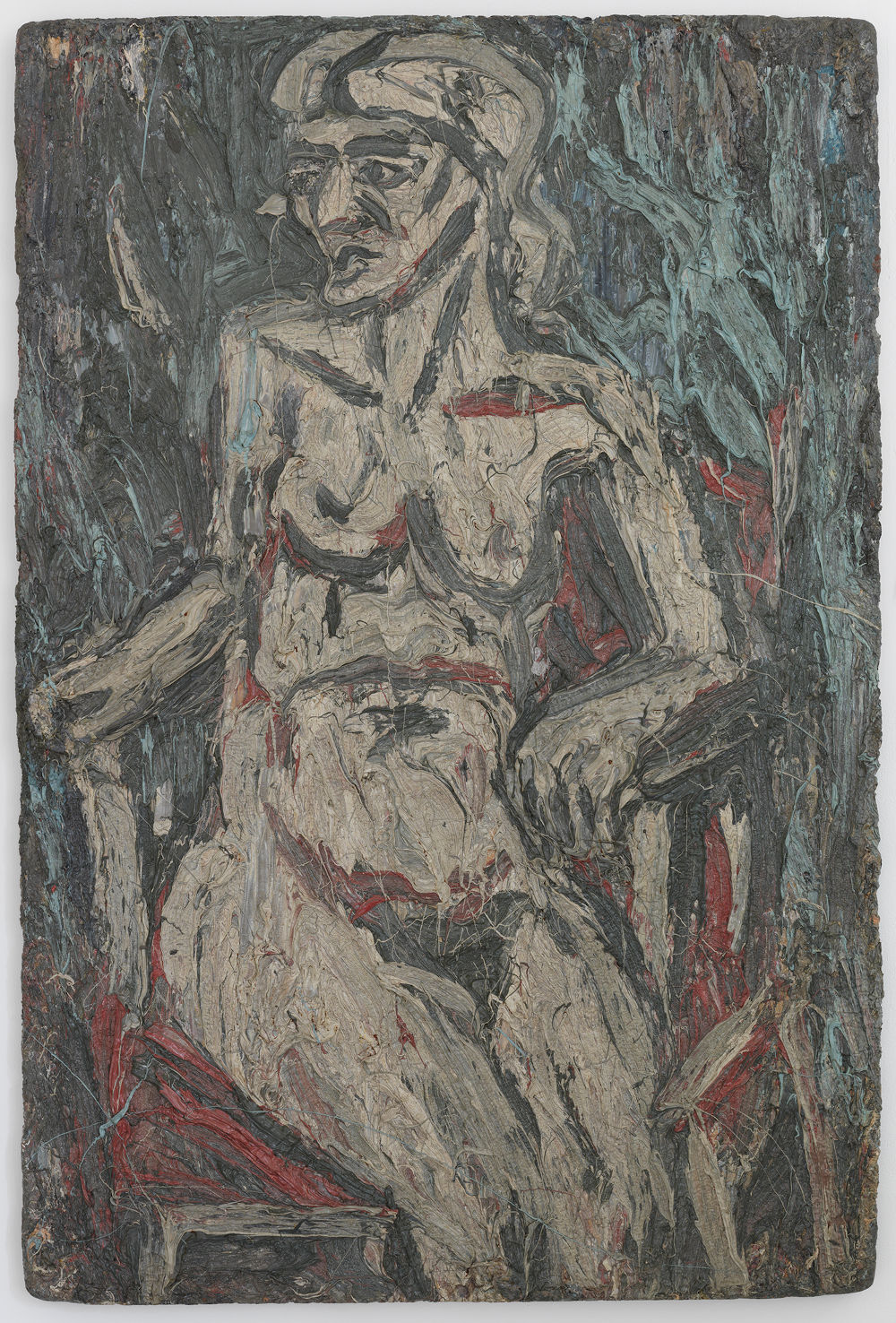 The presentation is the gallery’s original proposal for Frieze Masters Art Fair, London, which was due to take place in October 2020 and which was cancelled due to the coronavirus pandemic.

Anthony Caro (1924-2013) played a pivotal role in the development of twentieth century sculpture. Originally working for Henry Moore, he questioned assumptions about form, material and subject matter in sculpture, and his work inspired a whole younger generation of British sculptors. He often worked in steel, but also in a diverse range of other materials, including bronze, silver, lead, stoneware, wood and paper. He came to public attention with a show at the Whitechapel Gallery in 1963, where he exhibited large abstract sculptures brightly painted and standing directly on the ground so that they engaged the spectator directly. This was a radical departure from the way sculpture had hitherto been seen and paved the way for future developments in three-dimensional art. Through the 1970s and 1980s Caro continued constructing works from steel and experimenting with painted surfaces. His Table Pieces of this time, such as those shown here, continued to challenge the restrictions of the plinth further by hanging off the edge or reaching all the way to the floor.

One of Britain’s most acclaimed painters of modern times, Leon Kossoff (1926-2019) is recognised for his highly worked and gestural impasto paintings and his striking and expressive drawings in charcoal, pastel, and graphite. Kossoff grew up in London’s East End and the post-war destruction of the City and neighbourhoods so familiar to him became a focus for his work. The Demolition of the YMCA building paintings from Spring 1971 document the destruction of this ecclesiastical building to make way for a new hotel complex. Kossoff completed four paintings of the demolition, three of which we show here. As stated in the upcoming Catalgoue Raisonne of Kossoff’s work, “the impending collapse of the tower resonates through each painting, its presence lending structural stability to the composition while at the same time symbolising all that is precarious about its situation.” Throughout his life, Kossoff continued to turn to his family and friends as subjects. These figurative works are classical in genre yet distinctly personal in style and approach. Here, we show a portrait of his long-time muse, Fidelma, from 1981 along with “Seated Figure No. 2” from 1959.

Anthony Caro and Leon Kossoff were both amongst the most influential artists of their generation and we’re delighted to show these important artists’ works together, creating a dynamic conversation between the steel sculptures of Anthony Caro and the impasto oil paintings of Leon Kossoff.