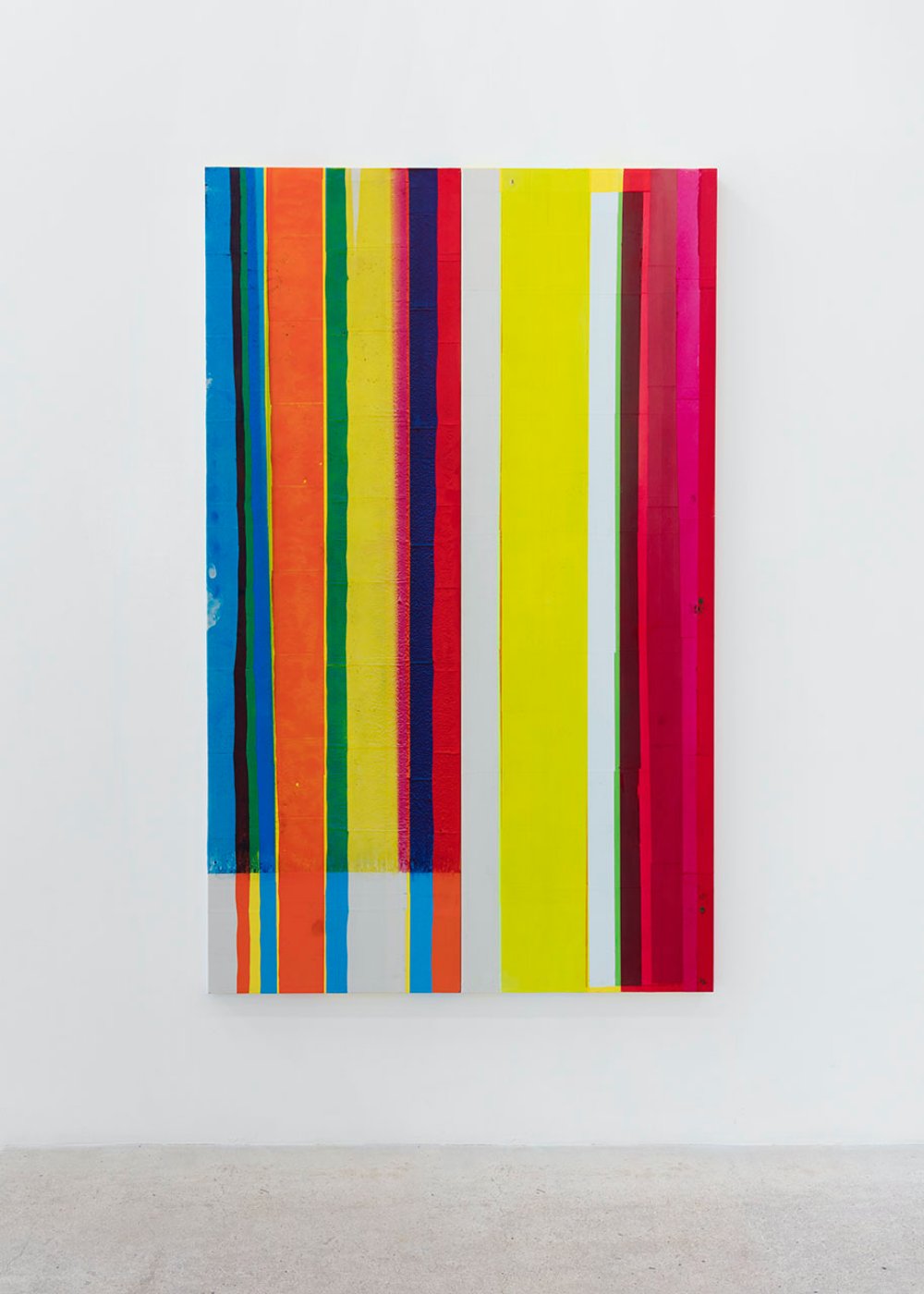 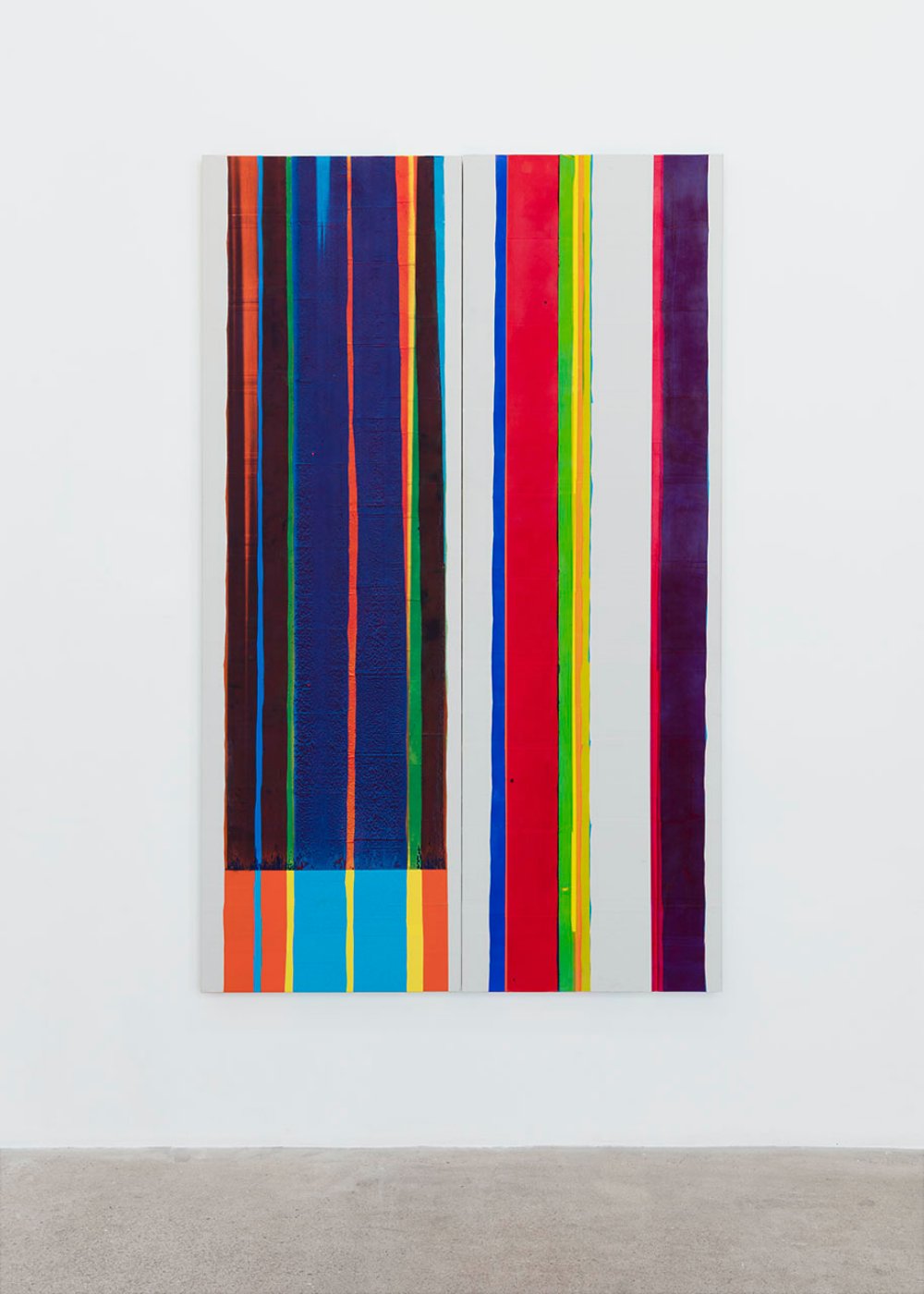 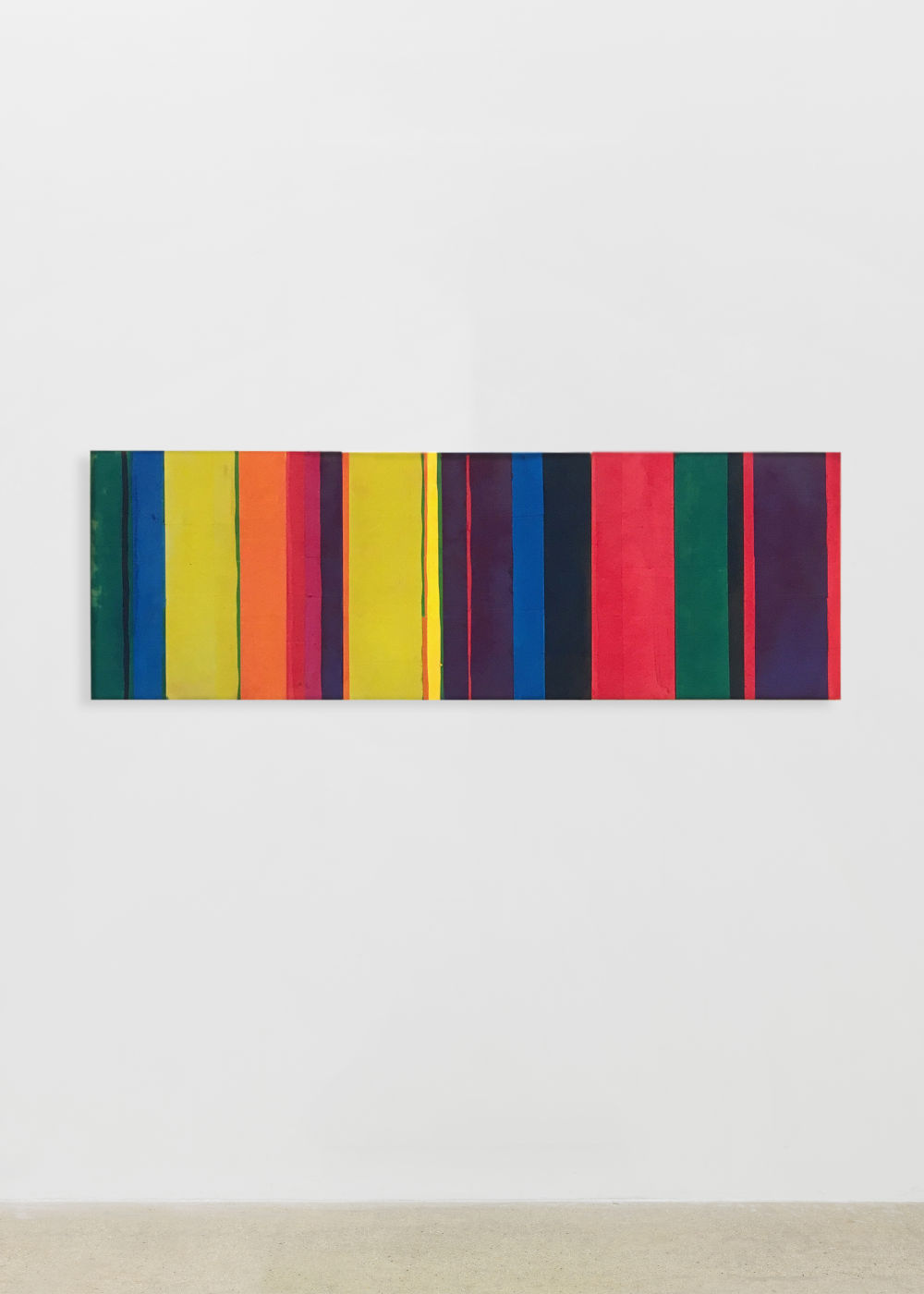 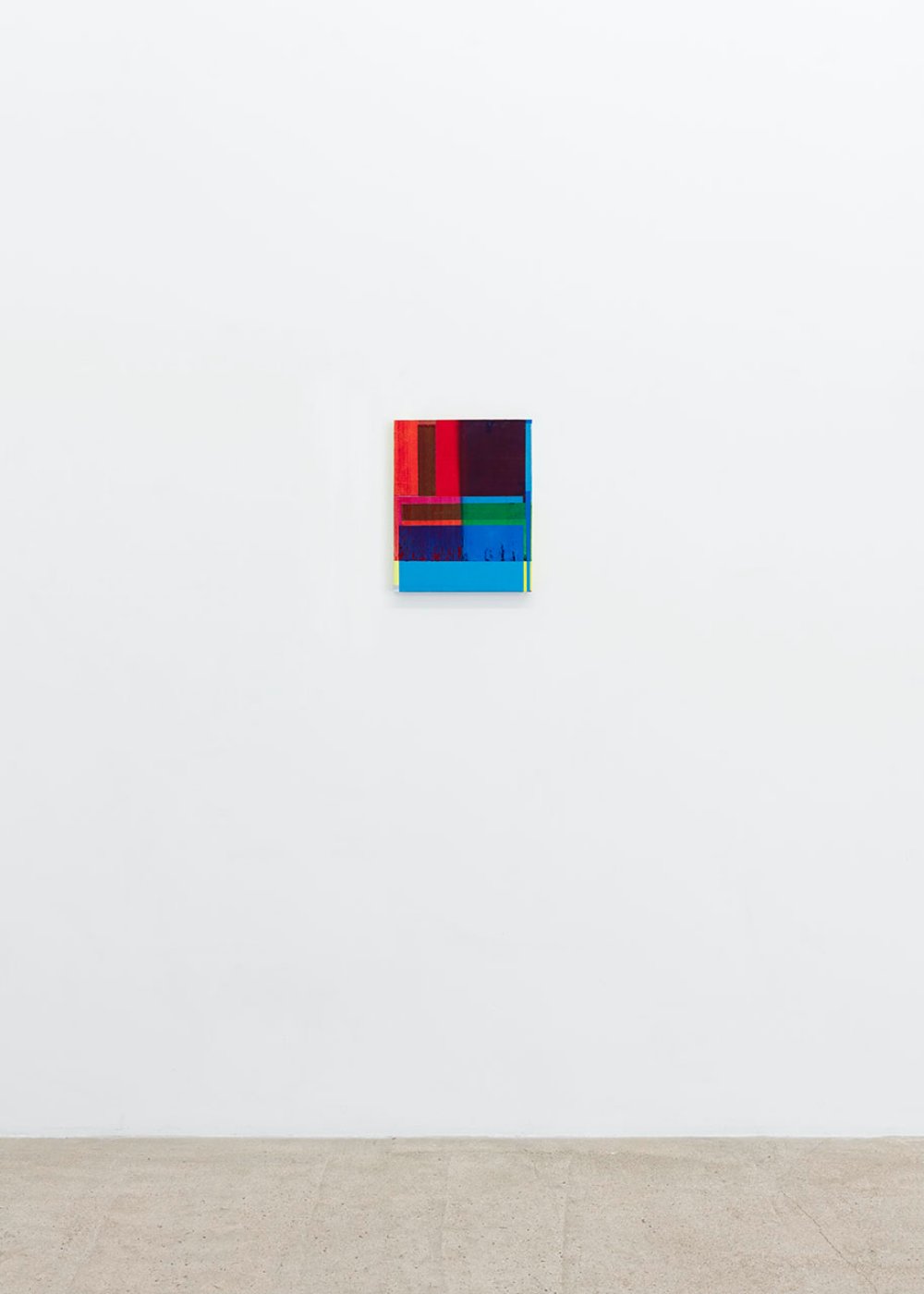 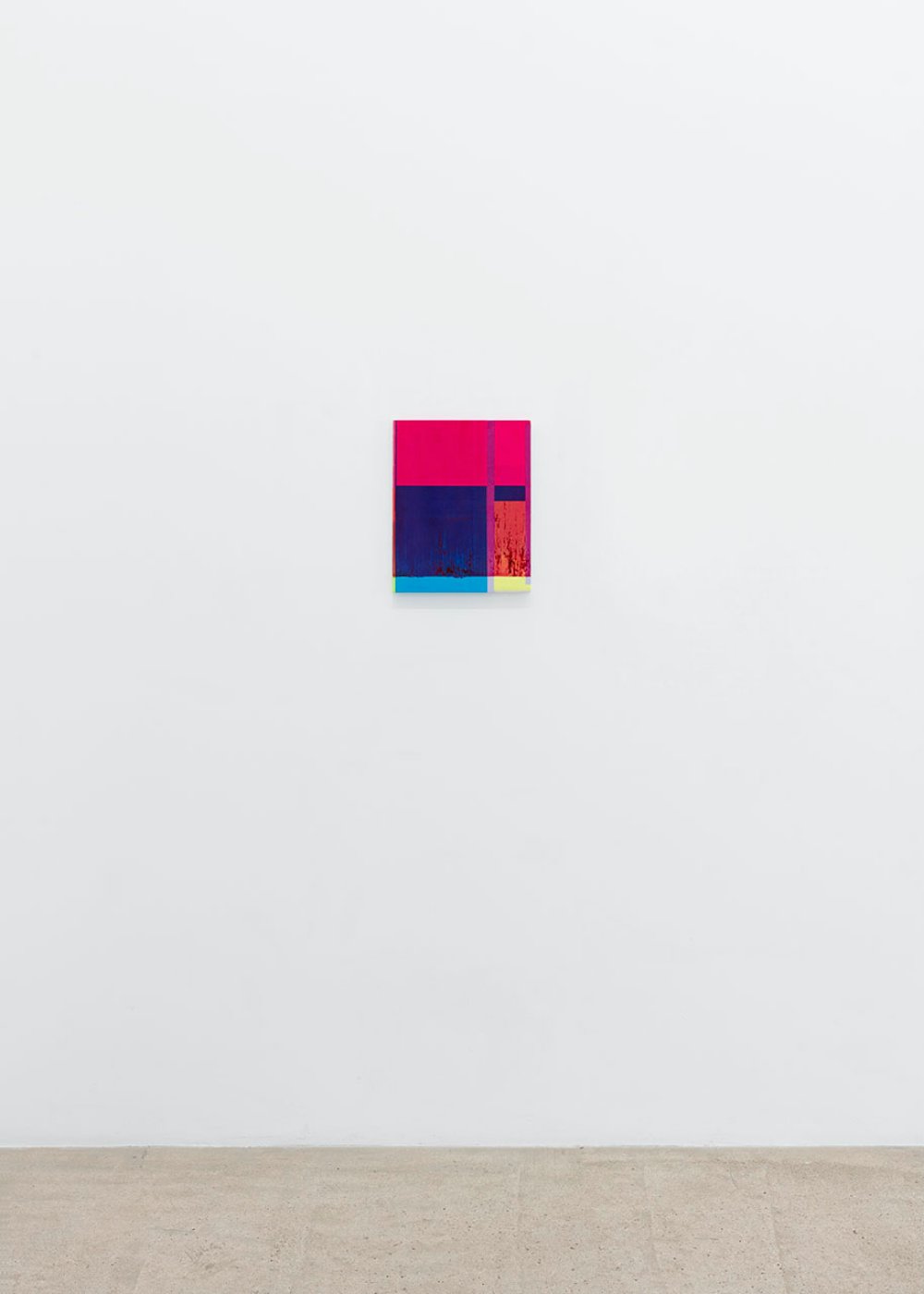 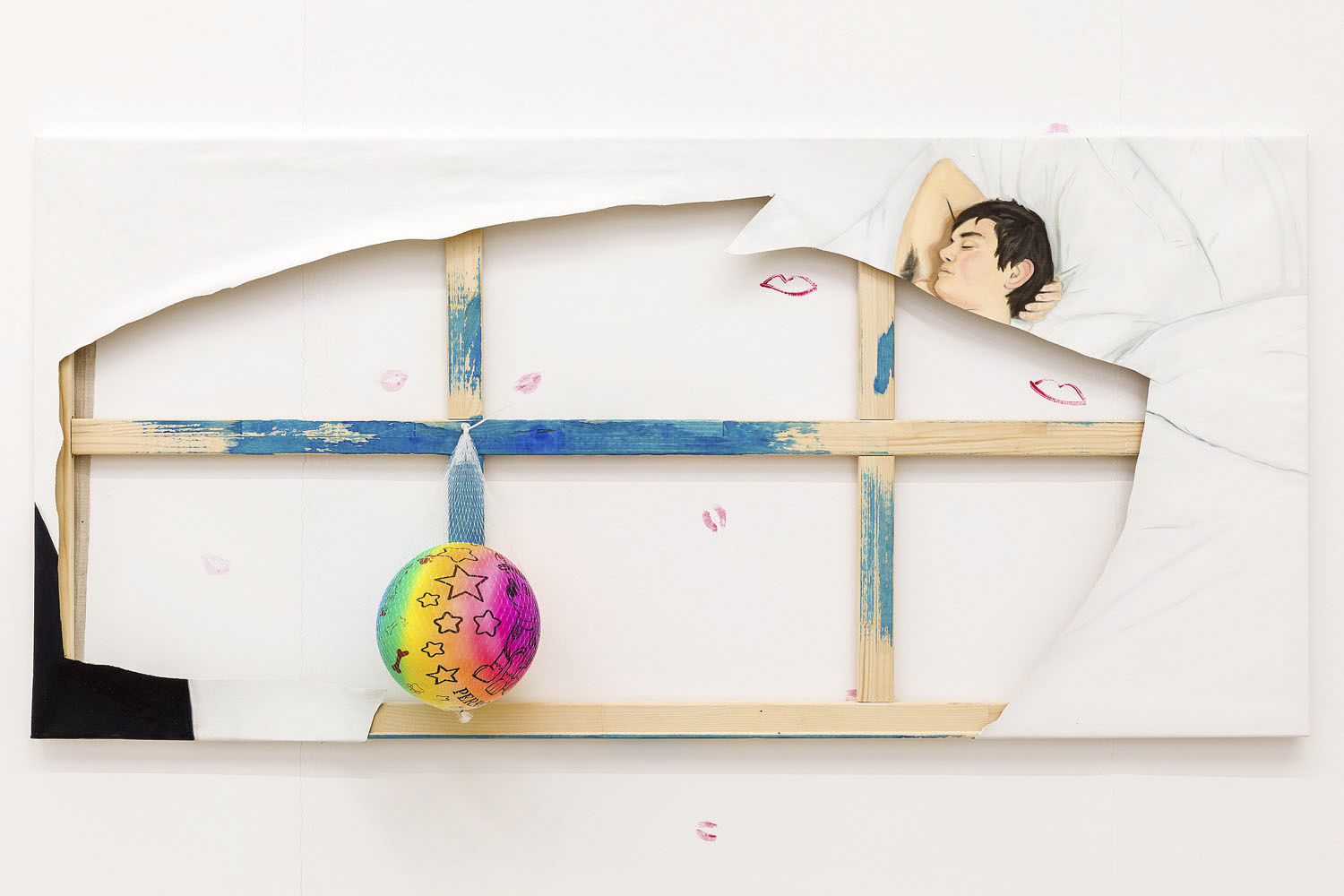 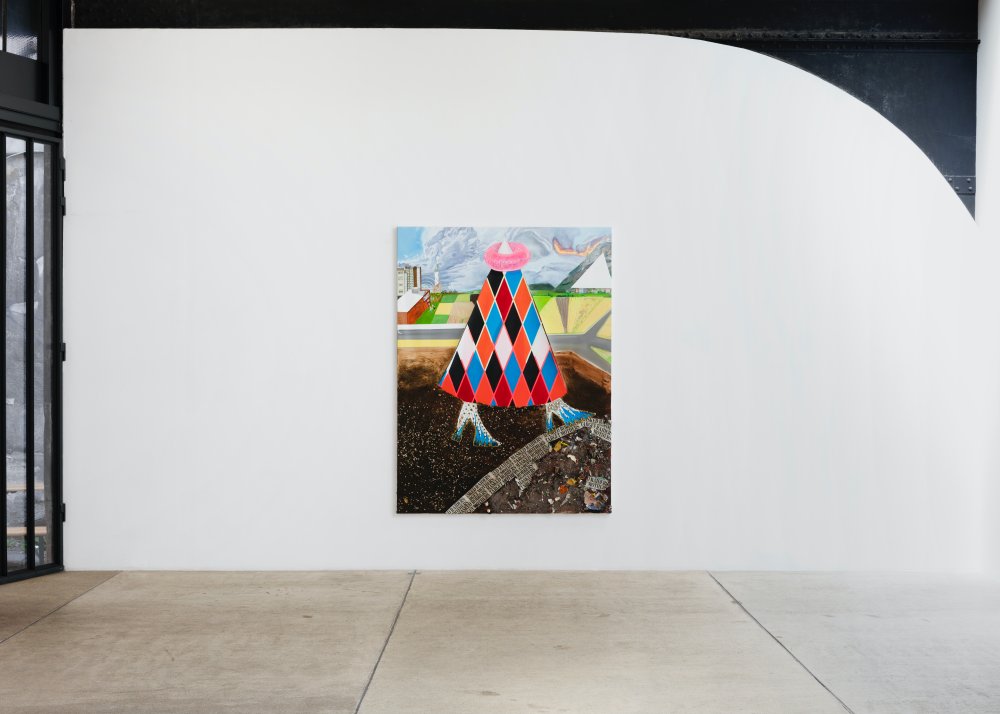 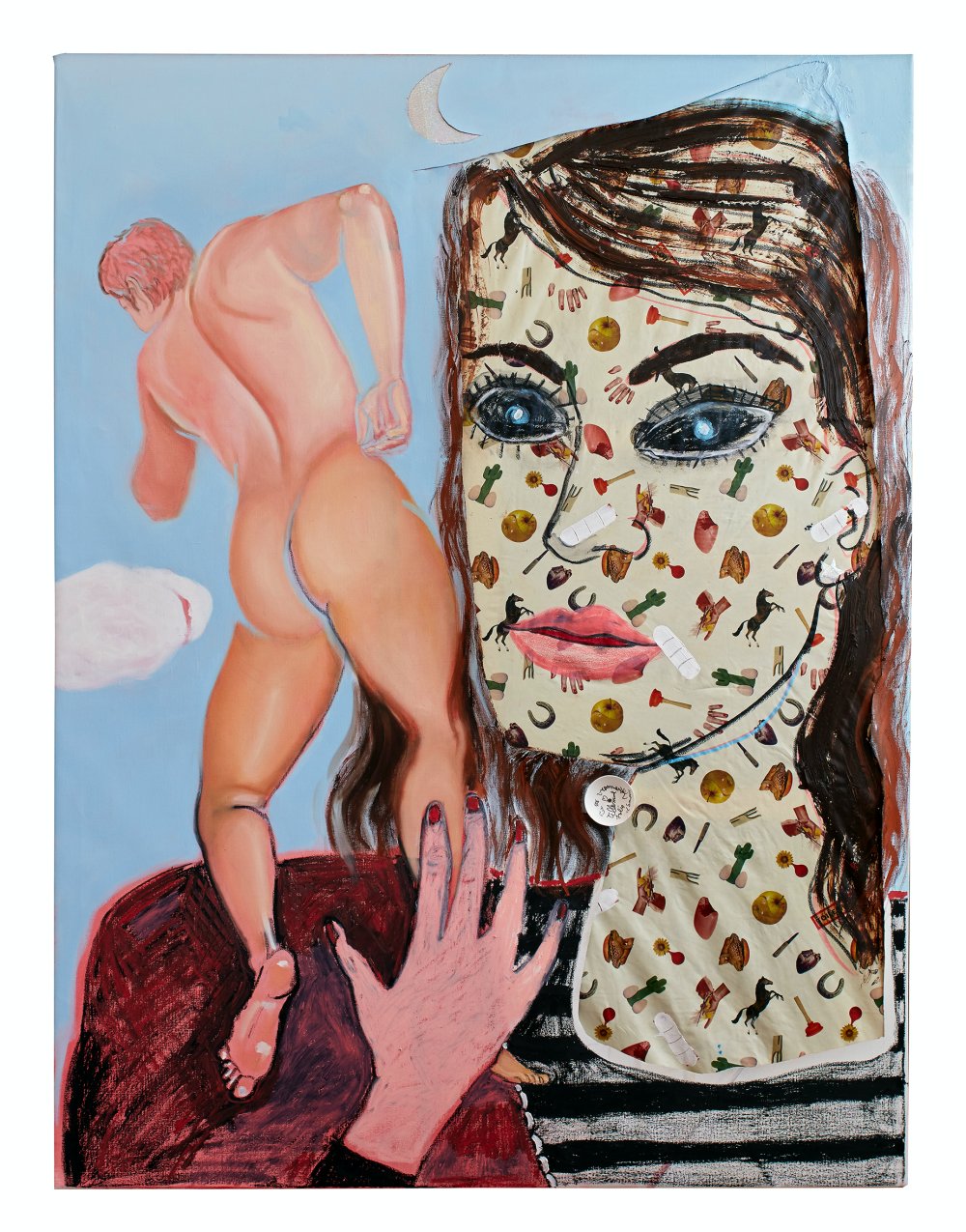 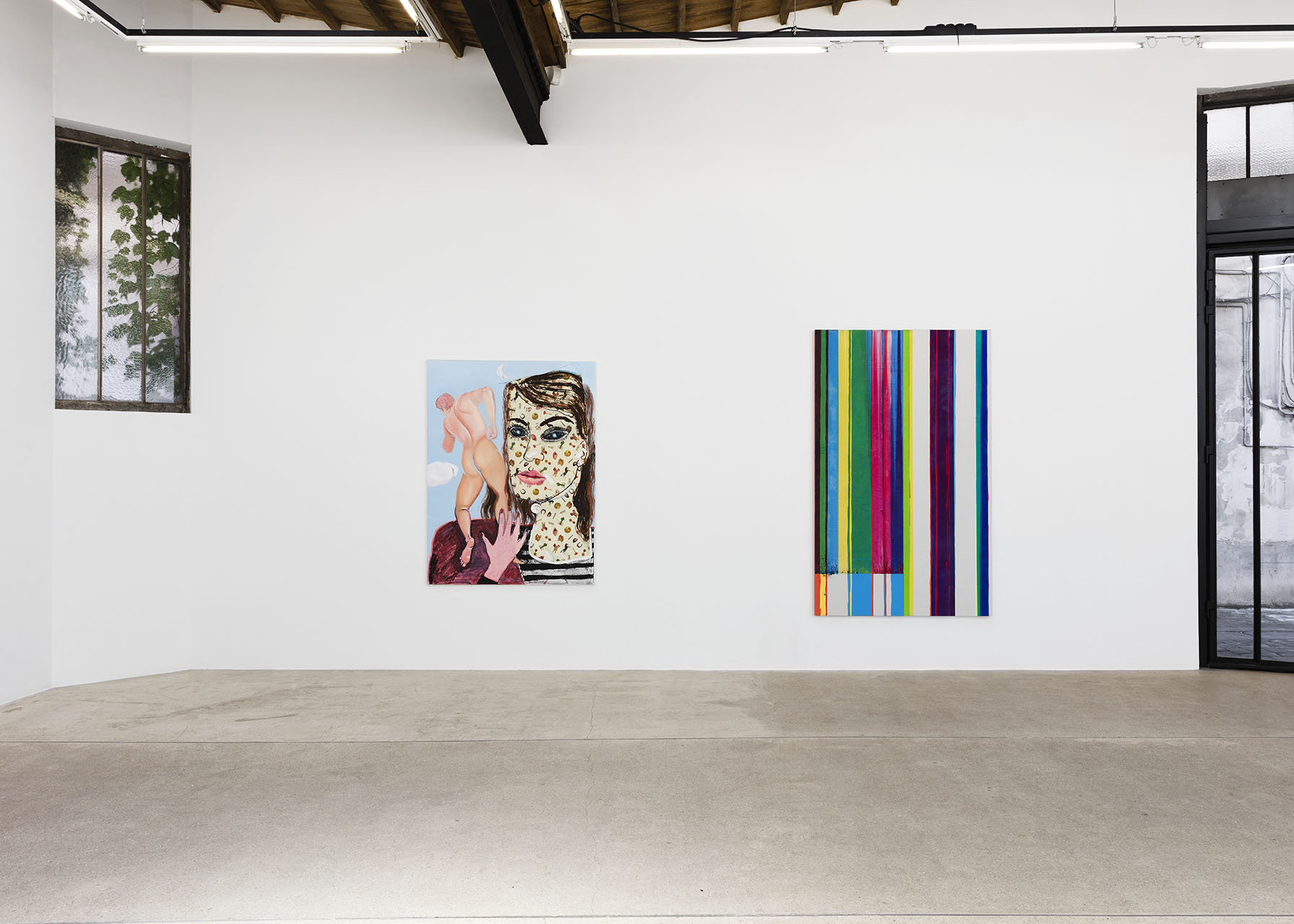 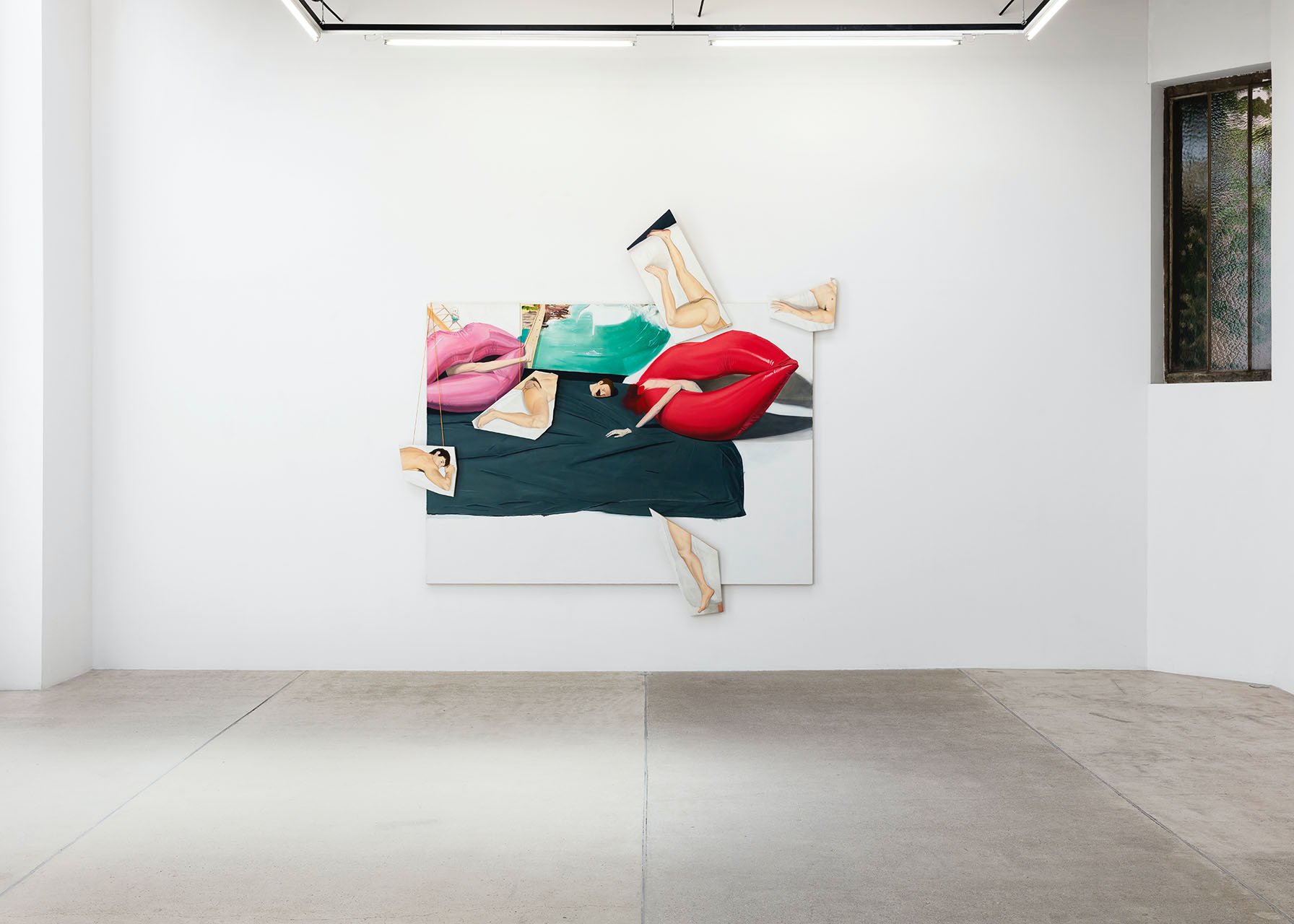 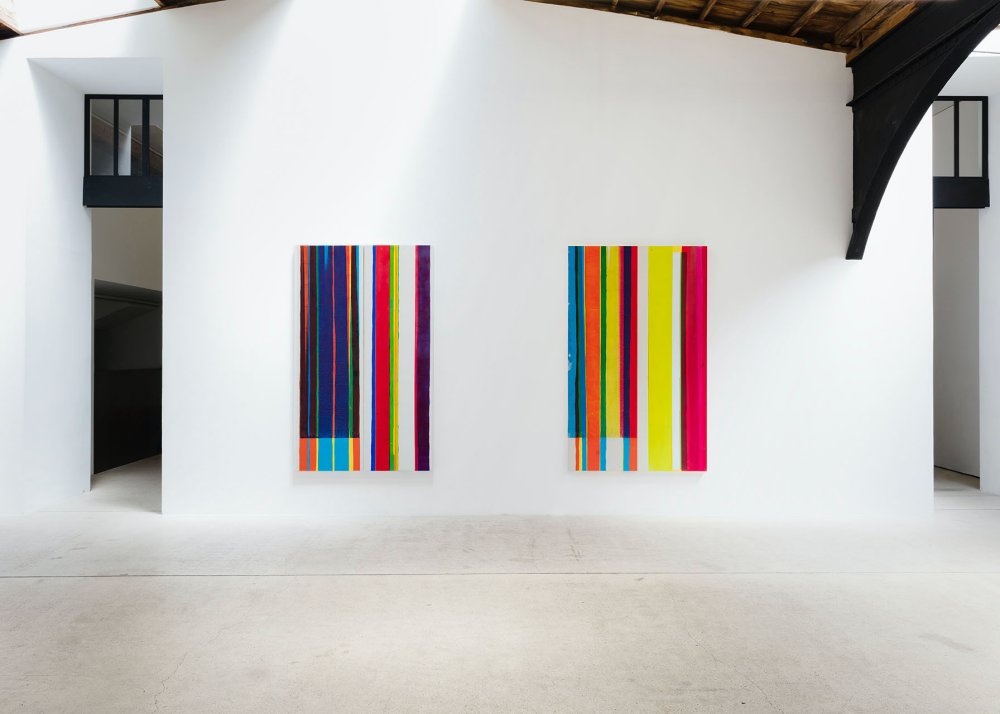 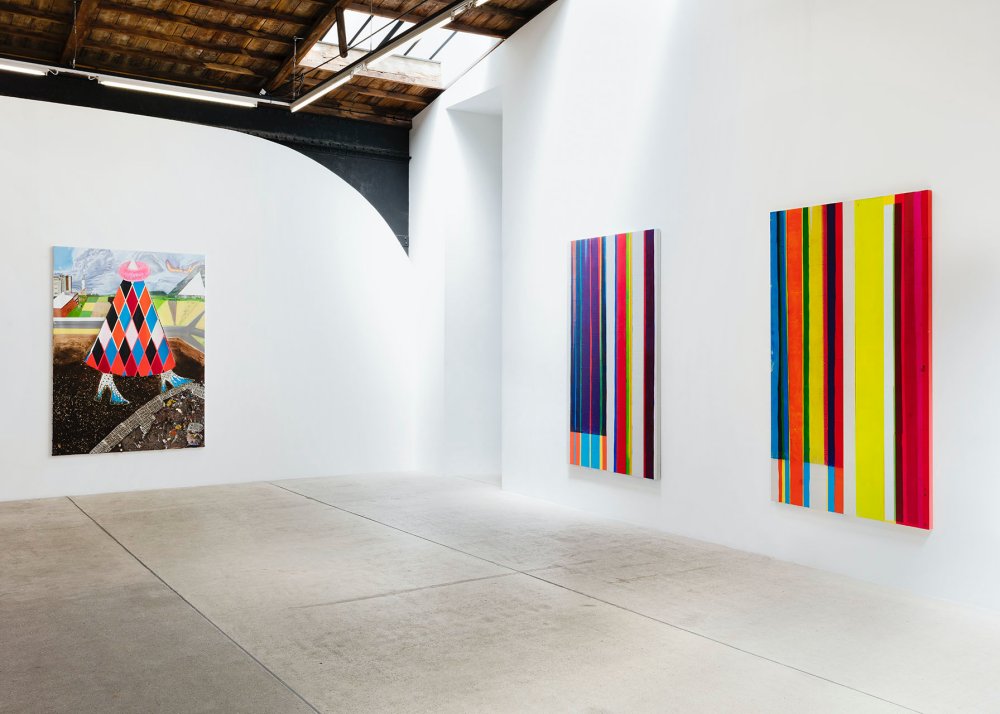 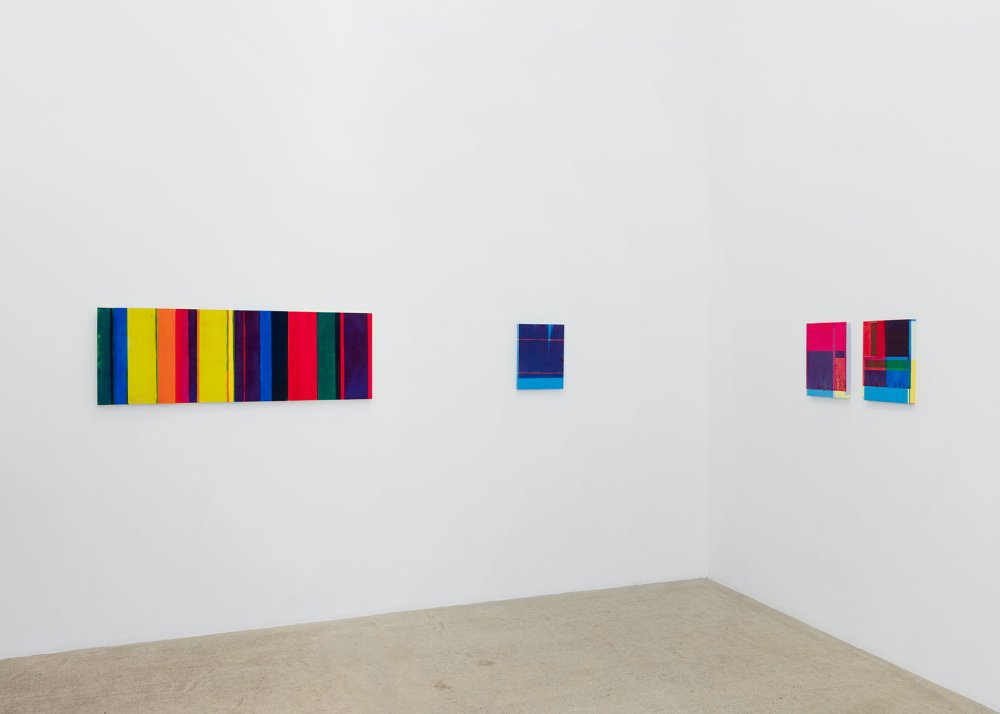 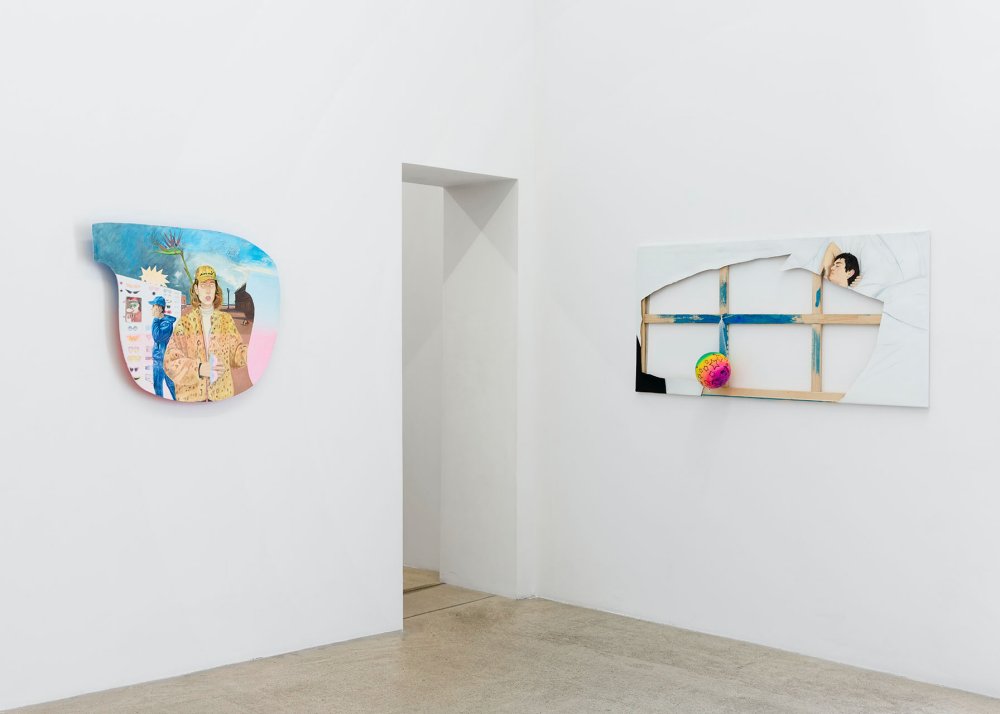 Here it is a question of lines, whether vertical or horizontal, straight or twisted, with warm or cold colours: the exhibited paintings are made of these different vocabularies, which come together and oppose each other in this series.

A dialogue develops, in which tensions may arise and mistakes can be made.

It becomes clear that a confrontation is taking place, that between man and machine. The works are constructed in a mechanical fashion, the paintings created by the errors produced by cutting and wedging.

The toner ink is then manually applied in layers. It separates the different parts of the works, aiming to increase the variations and differences, enriching the contrasts and adding complexity.

It is at this stage that a link is formed between man and printer.

The artist has thus substituted himself for the machine, using error as the fundamental tool for his production.
– Léo Chesneau

The five paintings shown in the Twister exhibition exude a carnivalesque atmosphere. Disguise involves an exceptional transformation in which our appearance is concealed: to disguise oneself is to deny one’s true nature…Yet, to forget oneself for a while behind a veil of colours, stories and accessories is a way for me to engage with my own self in a particularly truthful manner. I reverse myself: I turn my skin inside out and make palpable the nerves of my imagination.

This is exactly what happens when I paint:

Femme Montagne qui marche is the metaphysical self-portrait of a painter.

Une Maman is the projection of myself into my lover’s dead mother.

Sainte Lucie (Je choisis les lunettes Rose-Bleu) is an autobiographical interpretation of the myth of Saint Lucy based on a love triangle between a ghost, a living person and me.