Fergus McCaffrey presents an overdue introduction to the seductive and sometimes disquieting work of Leiko Ikemura, the Japanese born / Berlin based painter and sculptor. The artist has had a highly acclaimed five-decade career in Europe and Asia, but remarkably this is her first solo exhibition in New York City. The exhibition features 40 paintings, works on paper, and sculptures in ceramic and glass, created between 1981 and 2022. These works are displayed on both floors of the gallery. 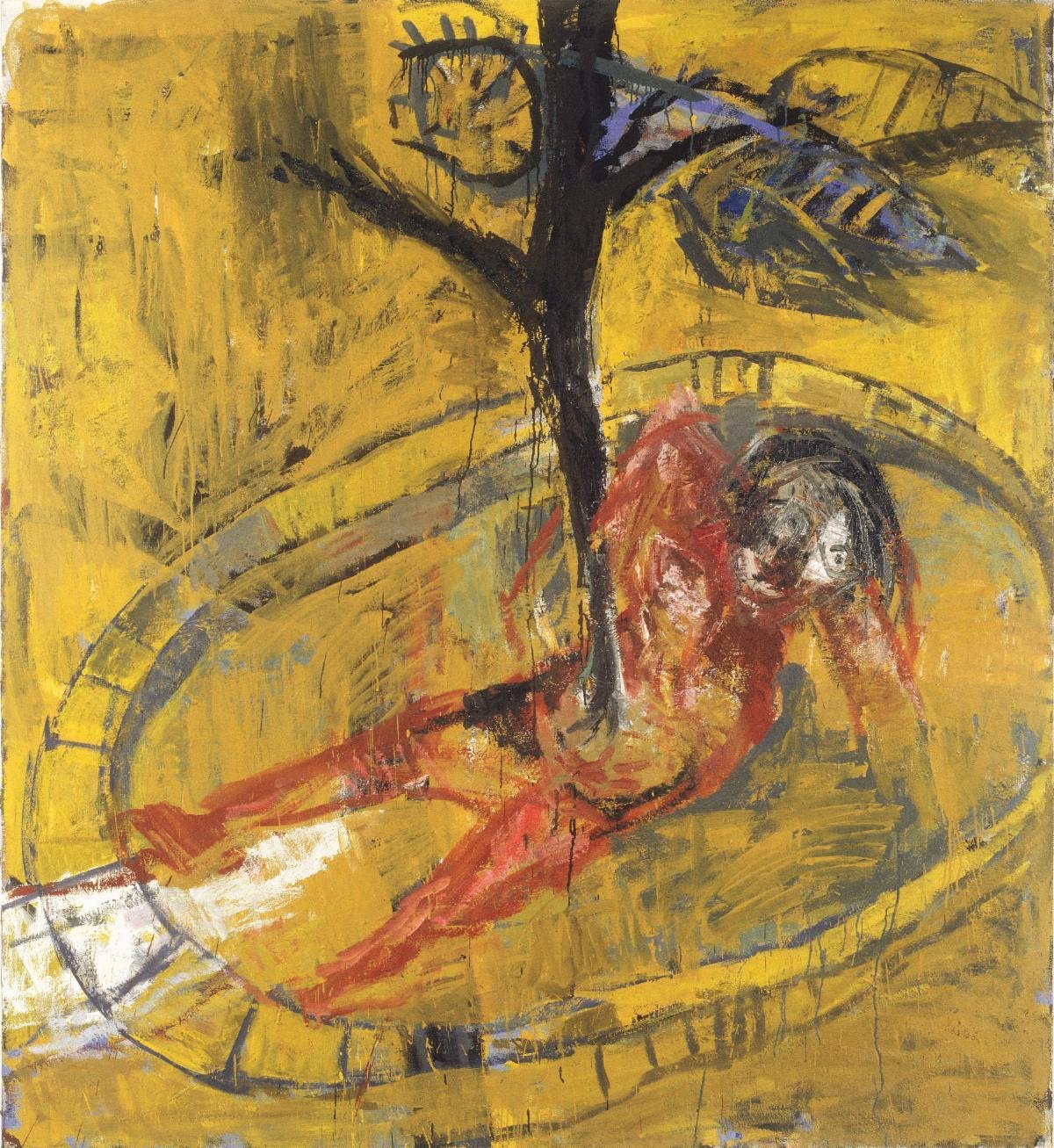 Ikemura departed from Japan in 1972 to study art in Seville, Spain, before moving to Switzerland in 1979, and then settling in Germany in 1991. Like her European peers Marlene Dumas (b. 1953) and Miriam Cahn (b. 1949), Ikemura invokes the age-old authority of representational oil paint to address contemporary matters of social justice, ecology, ancient folktales, and the sublime.

The gallery’s ground floor features representations of women, which have been central to Ikemura’s practice since the beginning of the 1980s. Early paintings, pastels, and drawings also on display demonstrate the tough Expressionist roots of her style and approach to subject matter, which first brought her acclaim in Switzerland and Germany. In the early 1990s, Ikemura began to explore ceramic sculpture using rough clay formed by hand, colorfully glazed, and then fired in a kiln. Reminiscent of both Japanese Haniwa figures and Western medieval carvings, these incised and ruggedly-built heads, torsos, dwellings, and symbolic forms continued to embody the directness and raw vitality of Ikemura’s early spirit, while a transition was occurring in her painting.

Concurrently, Ikemura began making a new series of works that she titled Girls that represent a distinct stylistic evolution for her. These paintings are a veiled critique of the infantilized representation of women as passive and voiceless in Japanese Manga and Kawaii culture and fine art. The Girls series utilized a new palette, technique, and materials; with Ikemura applying and pouring radiant passages of magenta, lapis, violet, tangerine, lemon, and apricot in contrasting consistencies on to semi-transparent burlap canvases that she had prepared with rich umber, chocolate, and ebony grounds. The paintings are life-size, confrontational and highly nuanced in evoking both elation and empathy; and they reveal a complexity, inner darkness, and psychological depth that belies their seductive appearances. Ikemura is unabashed in her pursuit of the sublime in art. The Girls share a remarkable chromatic affinity and emotional resonance with painters as diverse as Emil Nolde and Mark Rothko.

Four monumental panoramic paintings of indistinct figures in misty lake and mountain landscapes, rendered in radiant washes of turquoise, ochre, crimson, and charcoal will be juxtaposed with the artist’s new translucent colored glass sculptures on the upper floor of the gallery. While there are references to the German Romantic tradition in these works, it is important to acknowledge that Ikemura grew up nearby the Ise Jingu shrine in Mie Prefecture; which is the sacred and spiritual home of Japanese Shinto. Ikemura states that her hope is “to visualize the cosmos beyond time and border, beyond gender, and to accentuate the vulnerabilities and the strength of female beings and nature.” The transparency of the glass and the translucent ethereality of Ikemura’s brushwork underlines an existential blurring of the distinction between being and non-being, and organic and inorganic matter; reflecting the animism of Shinto and the Buddhist inflected philosophy of the great Japanese thinker Kitaro Nishida.

The gallery’s exhibition is an opportunity for the American audience to familiarize themselves better with this visionary artist’s work.