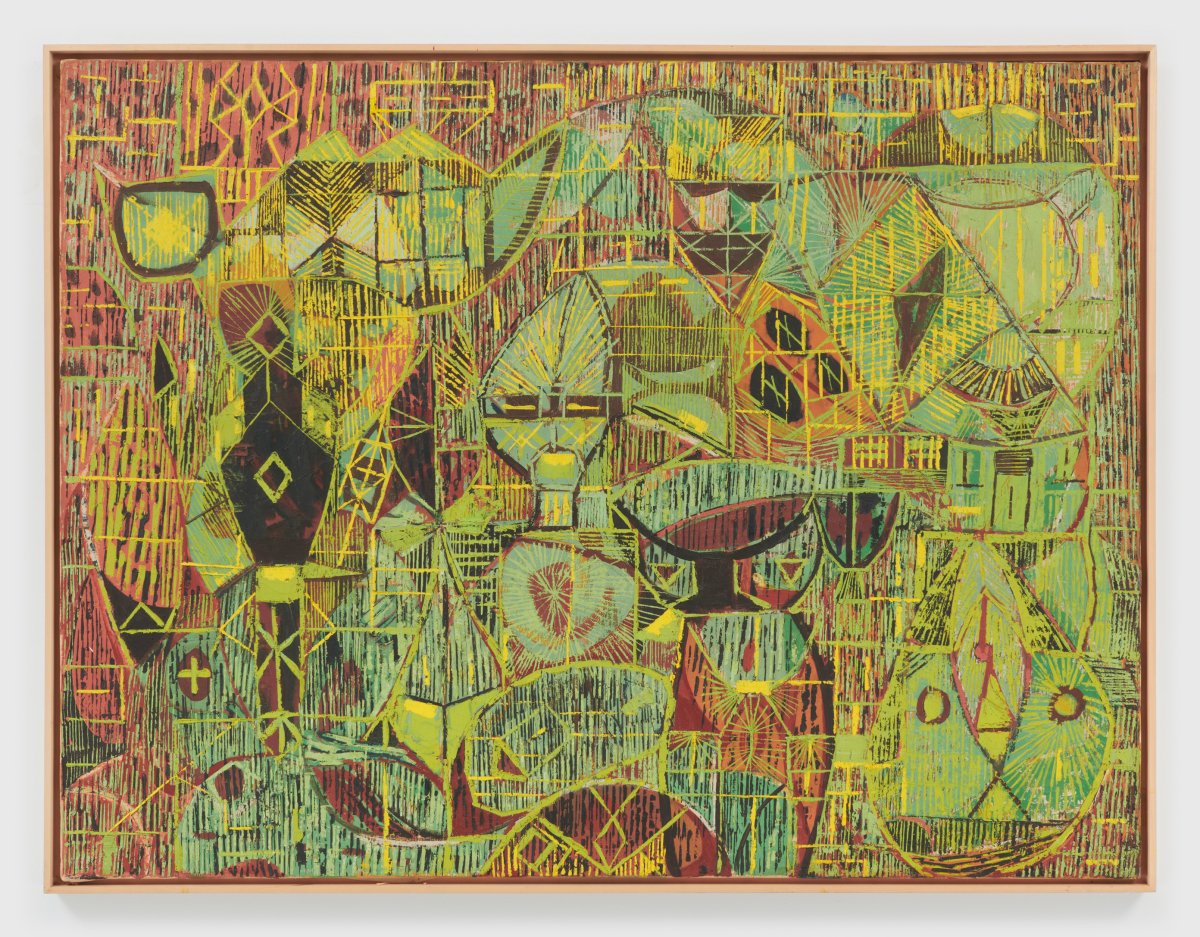 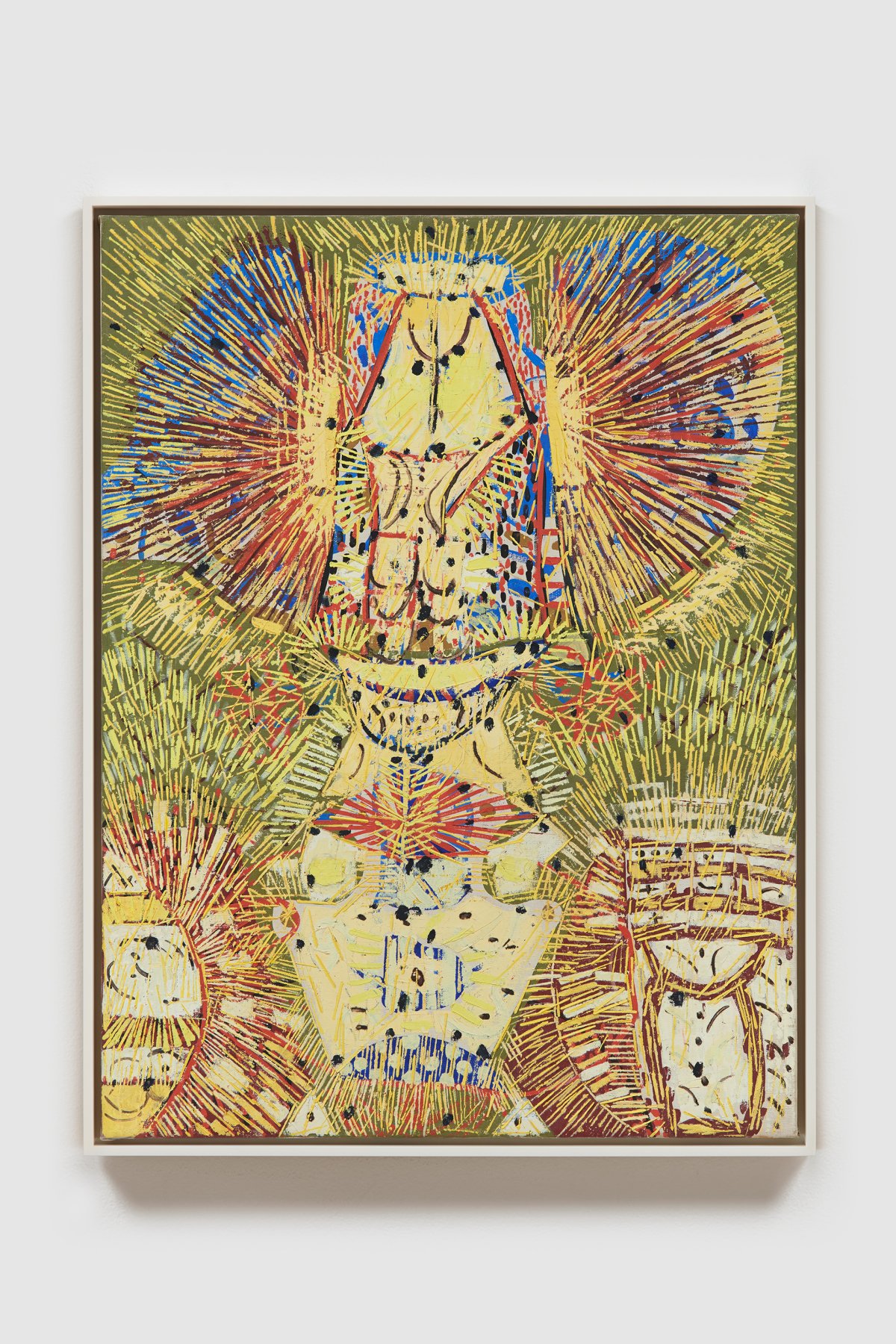 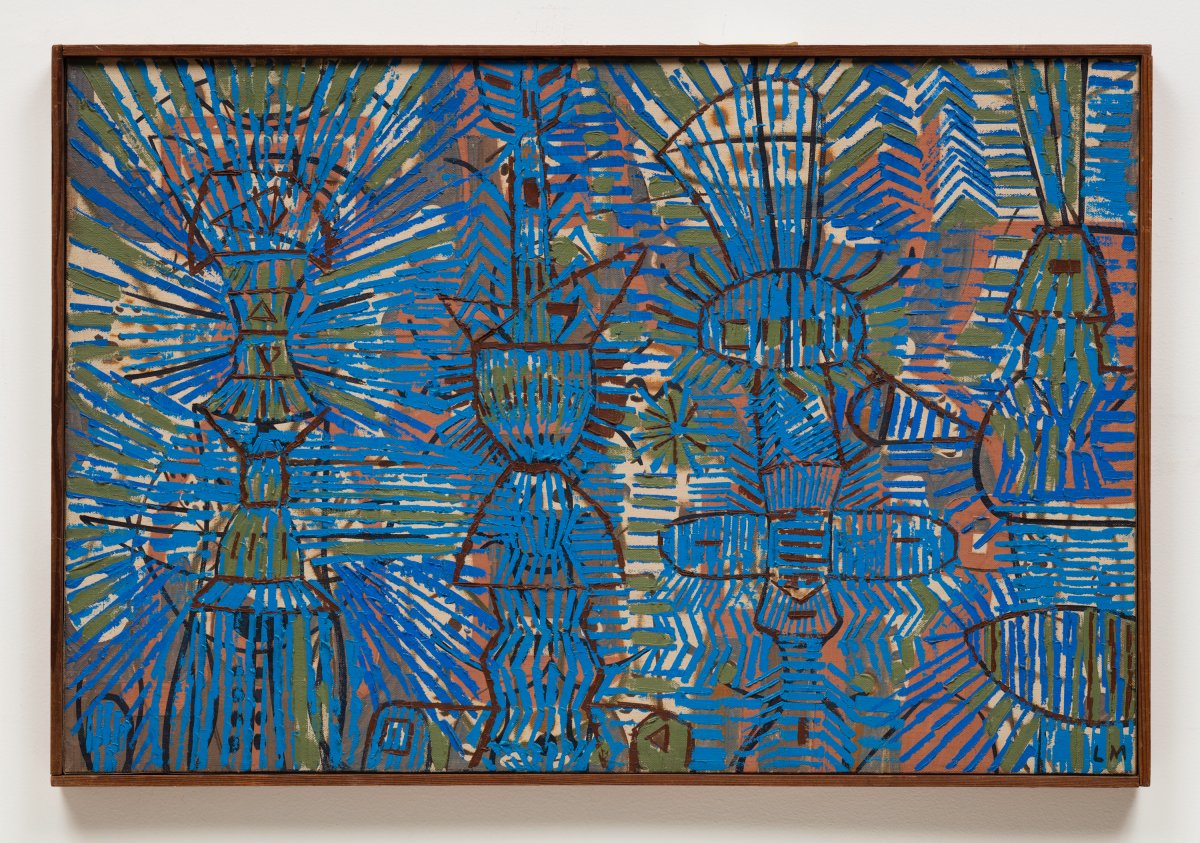 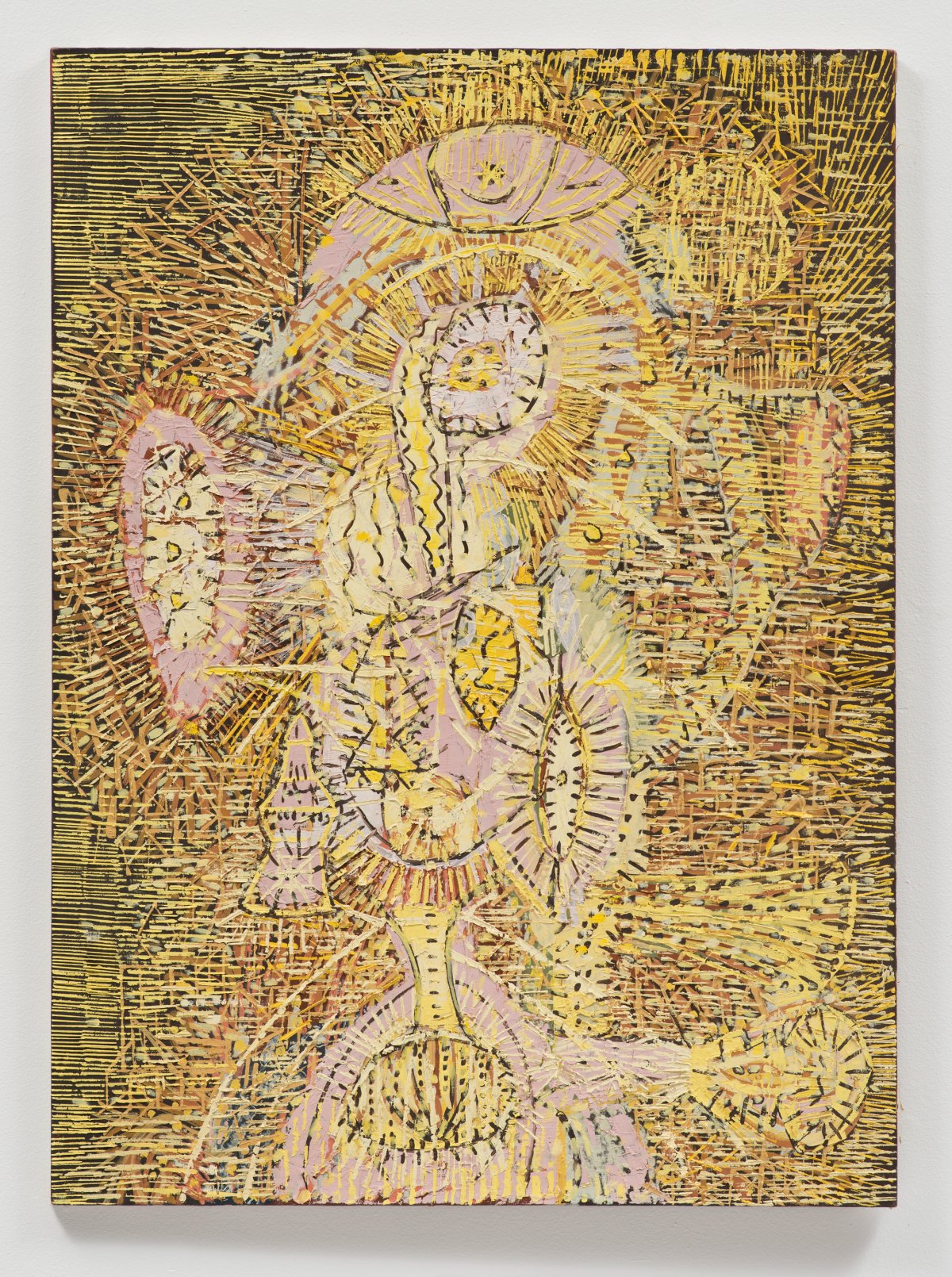 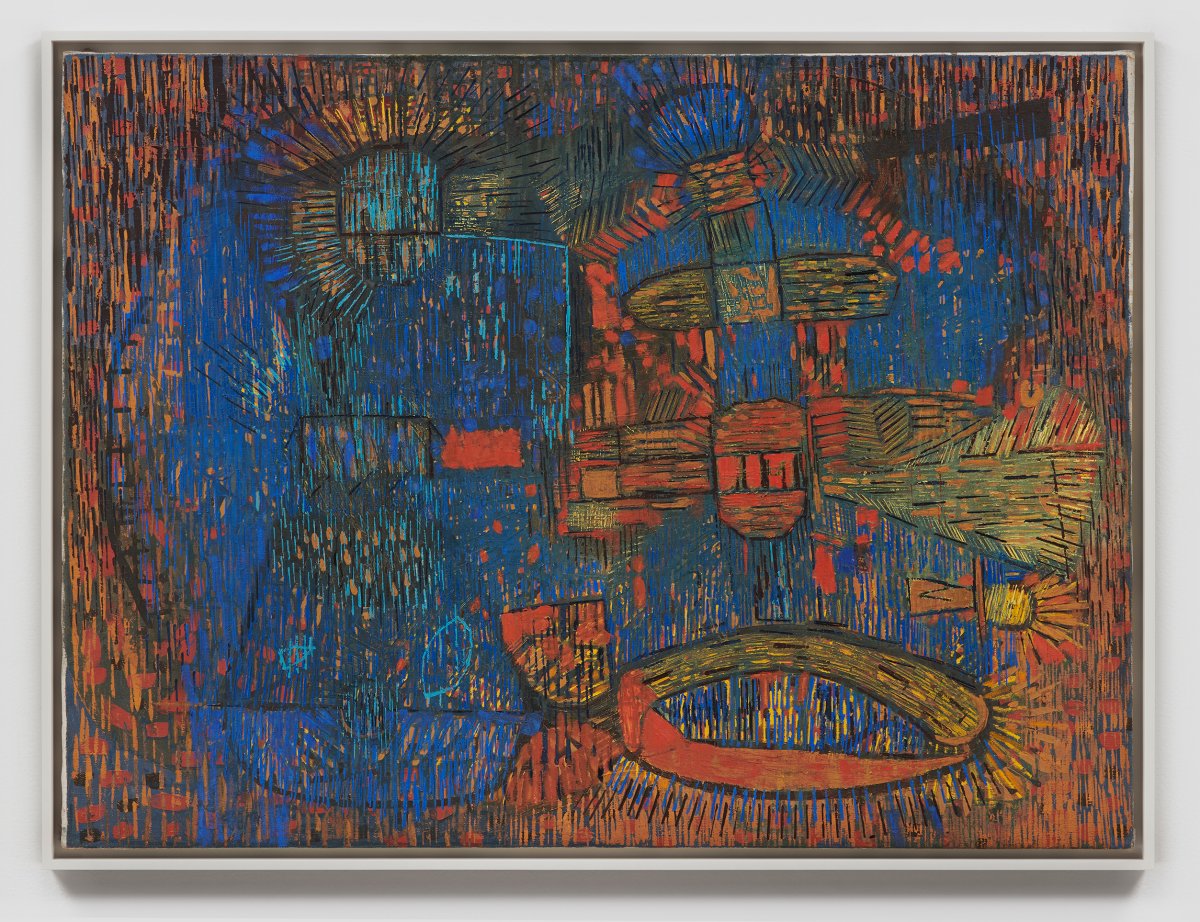 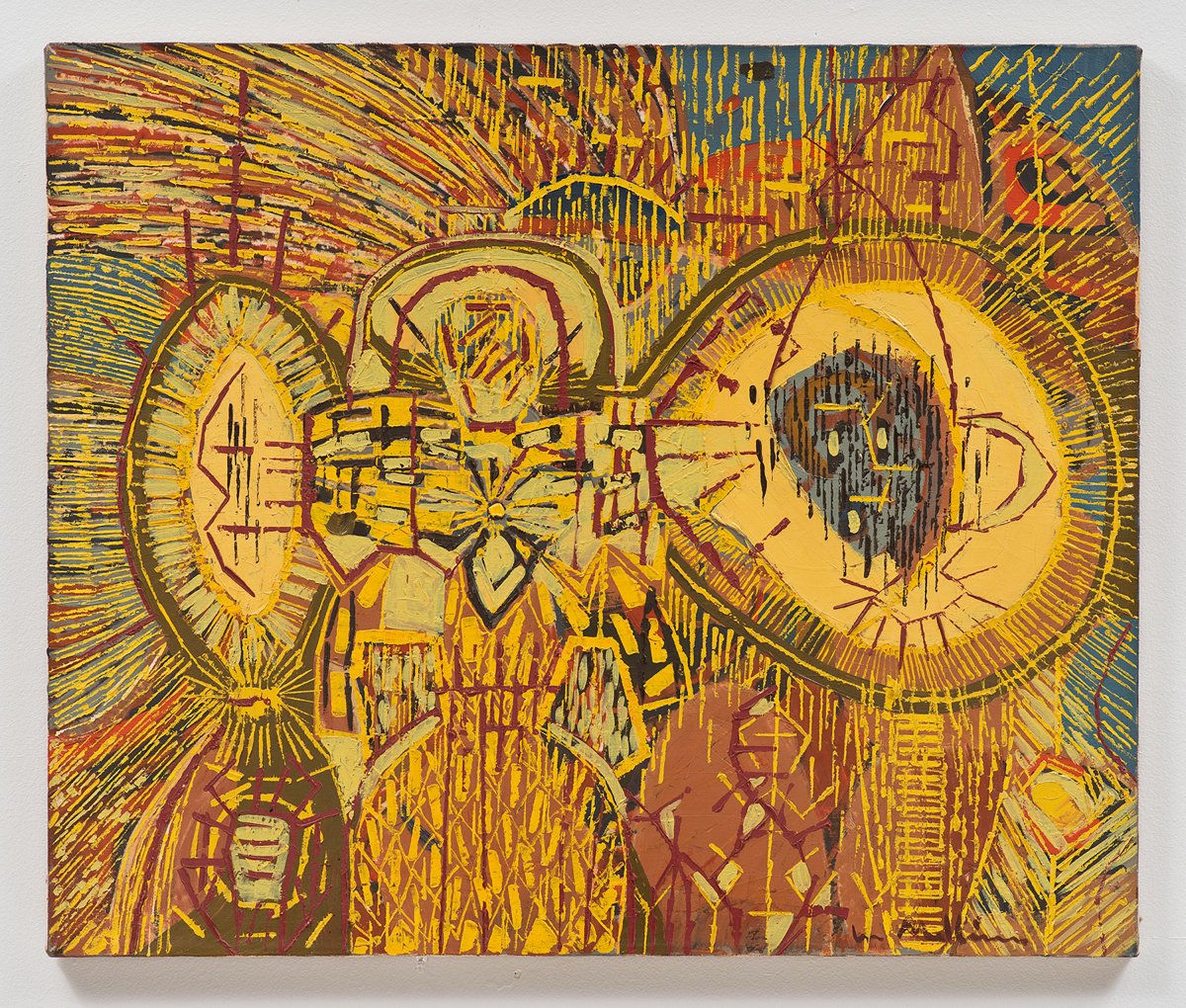 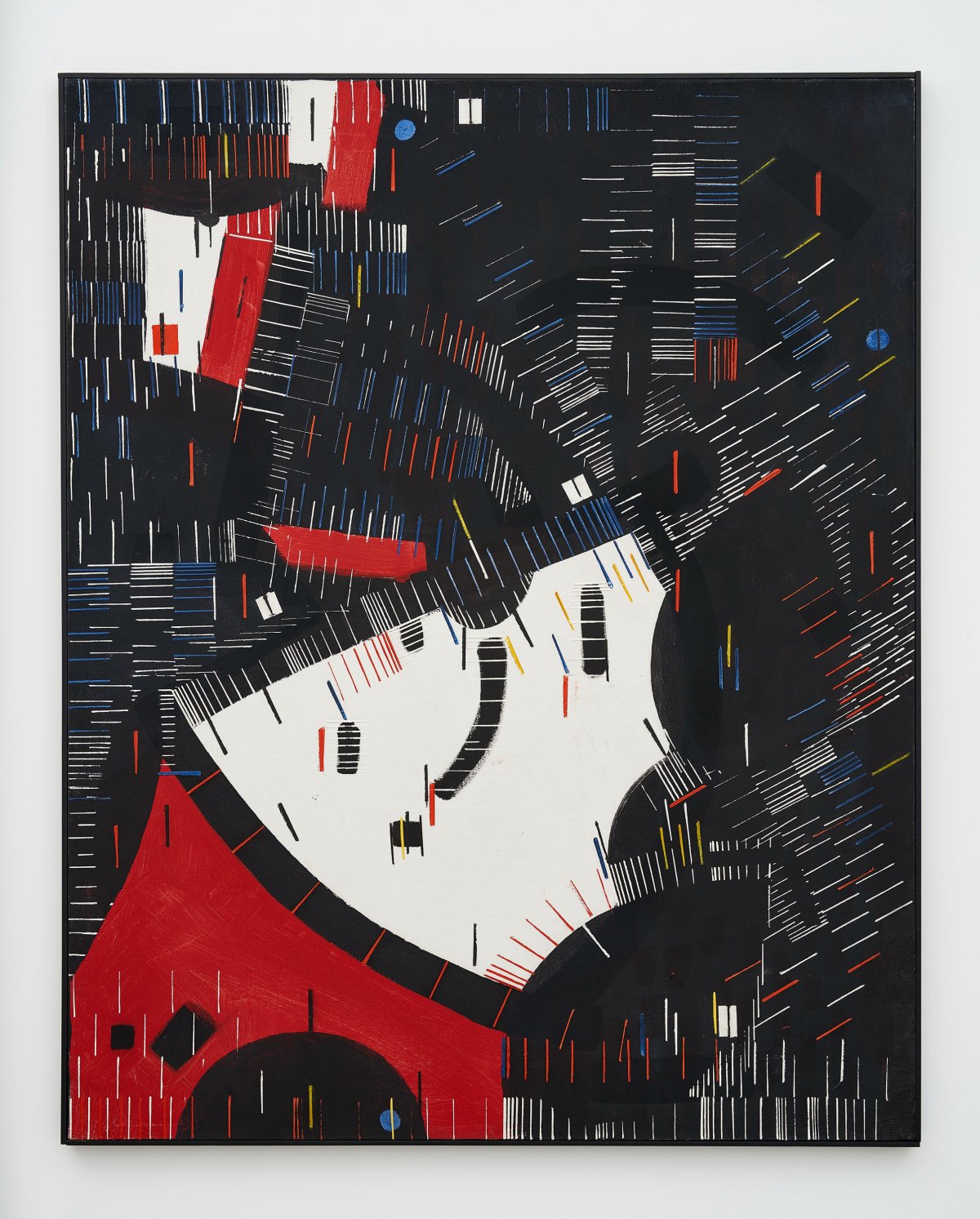 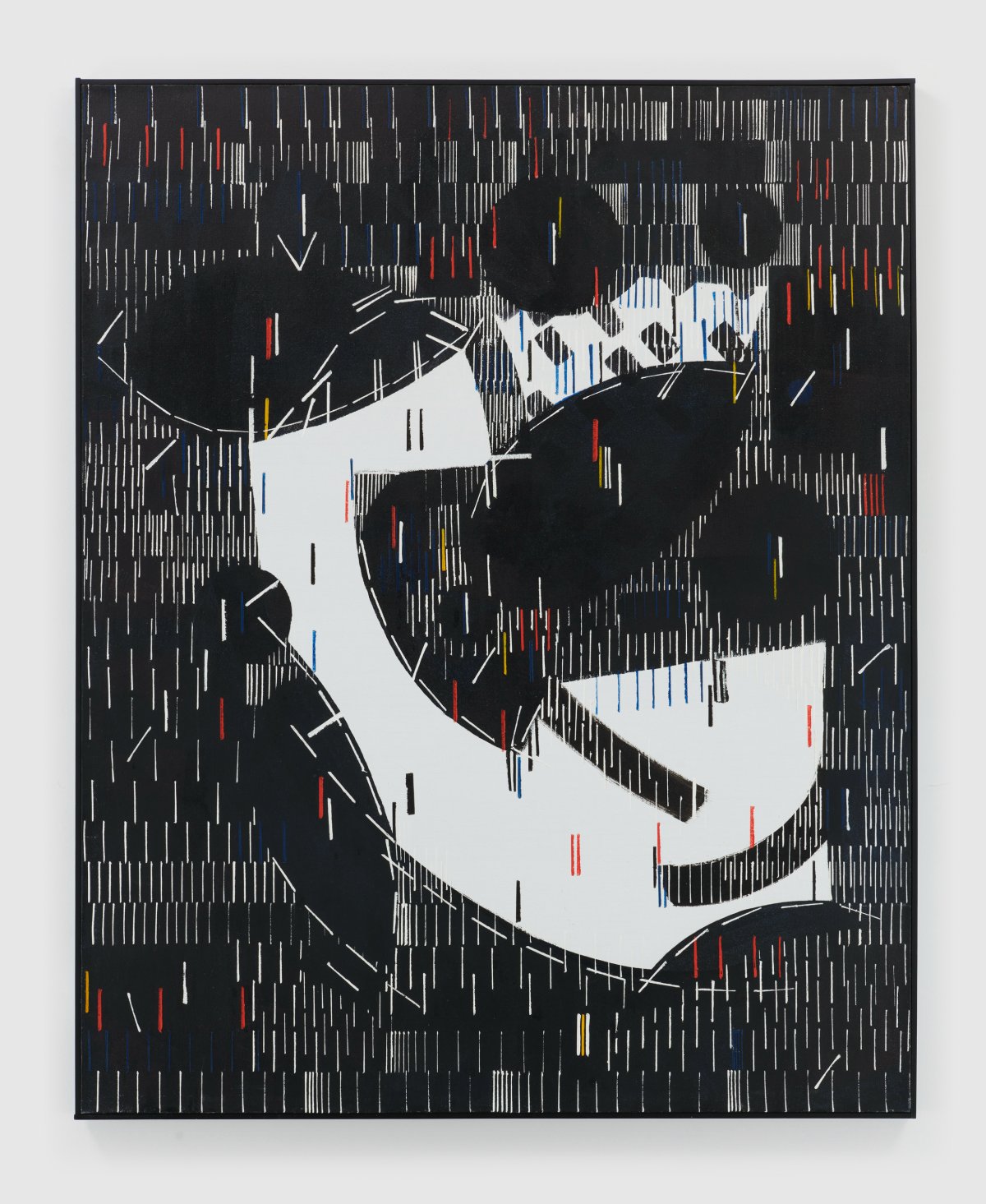 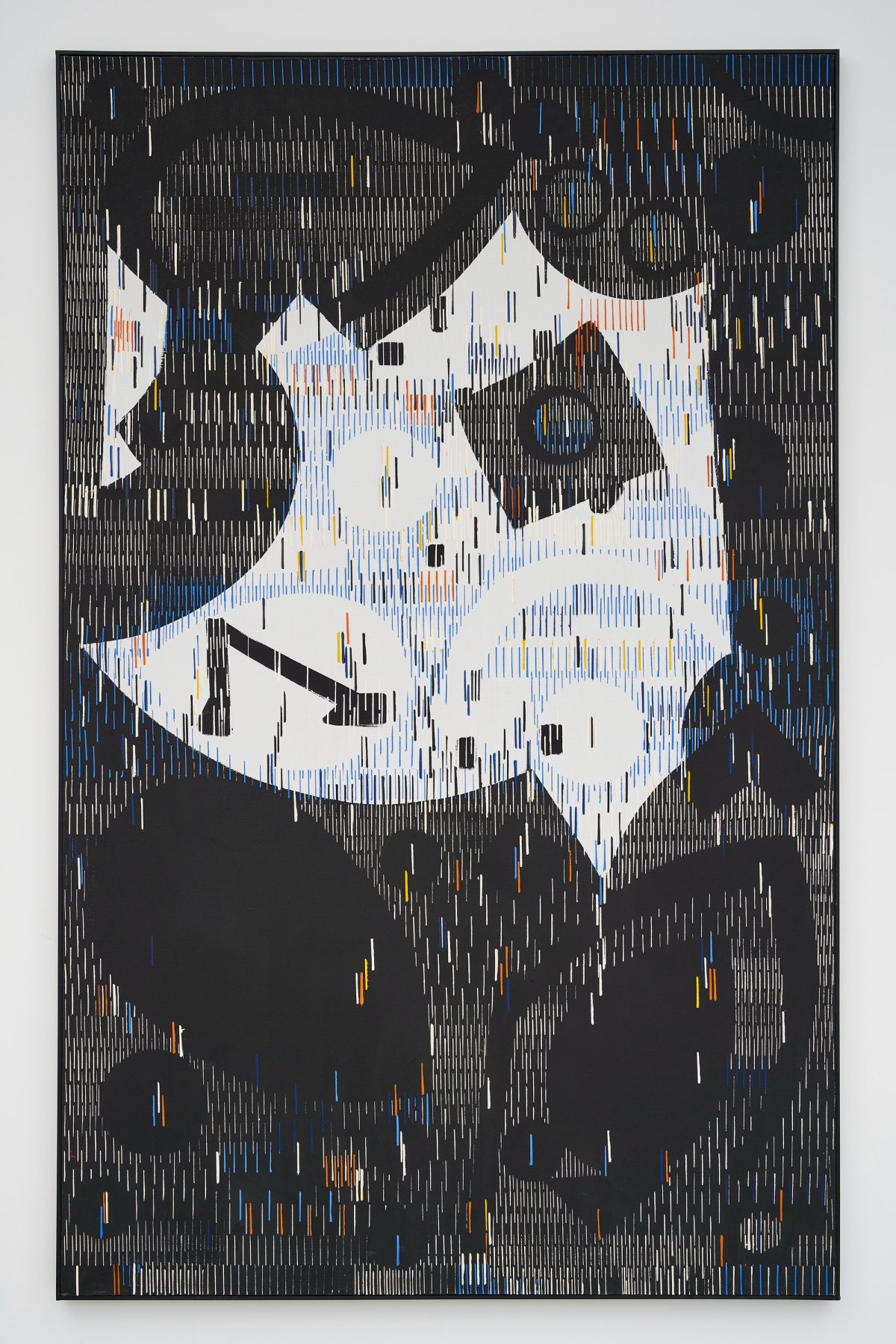 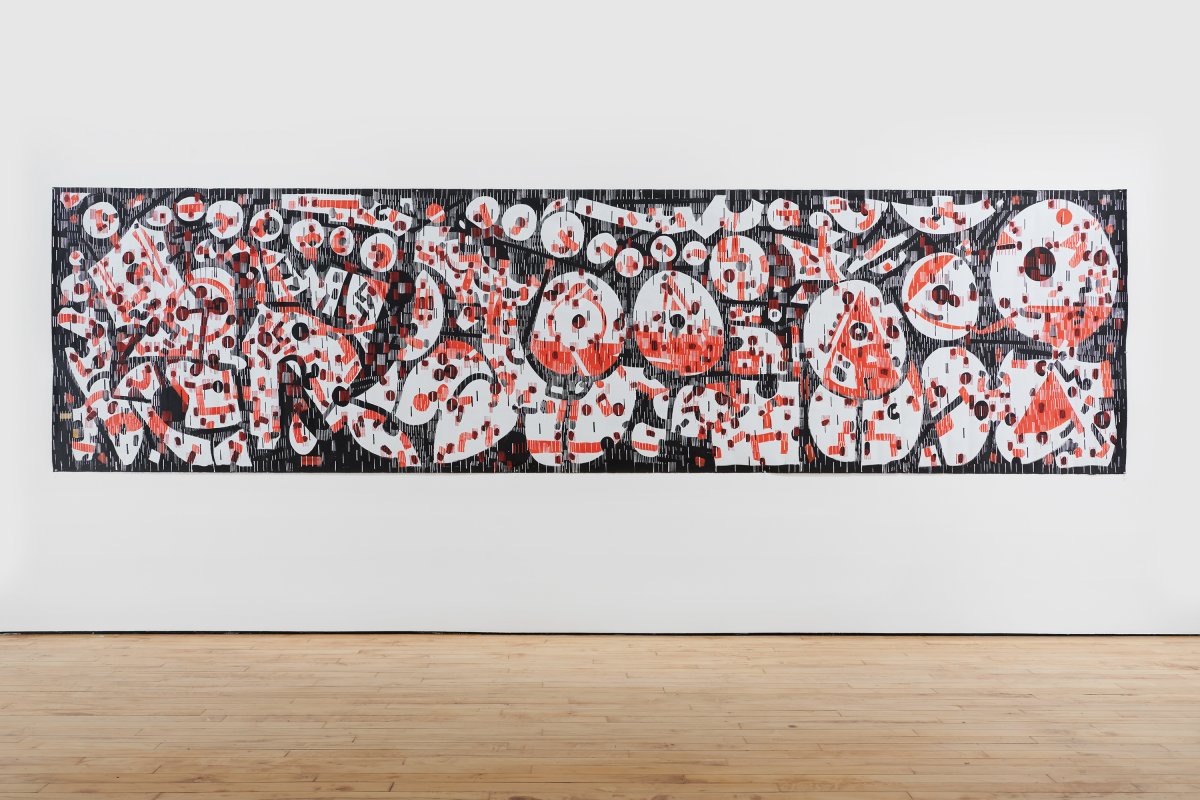 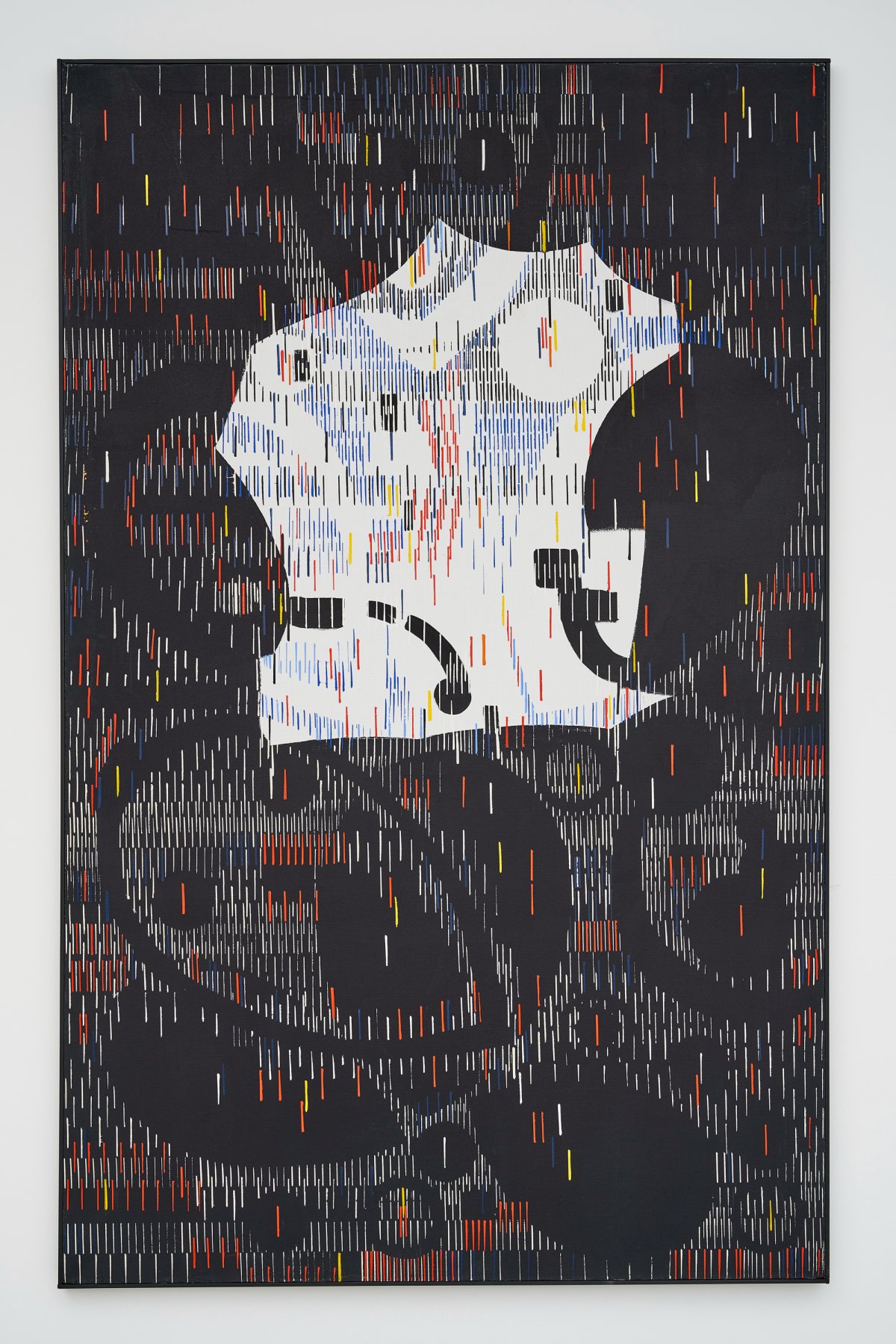 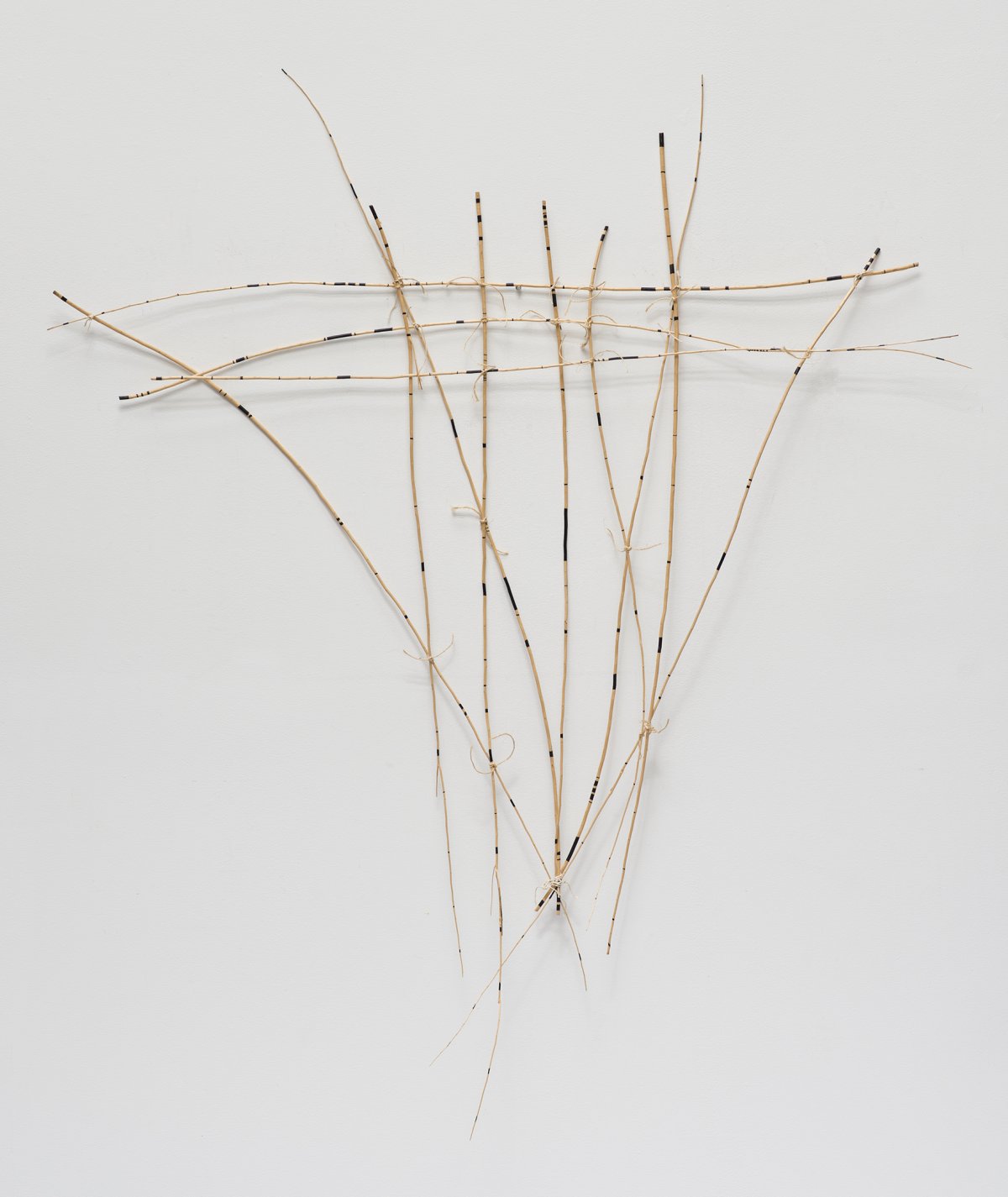 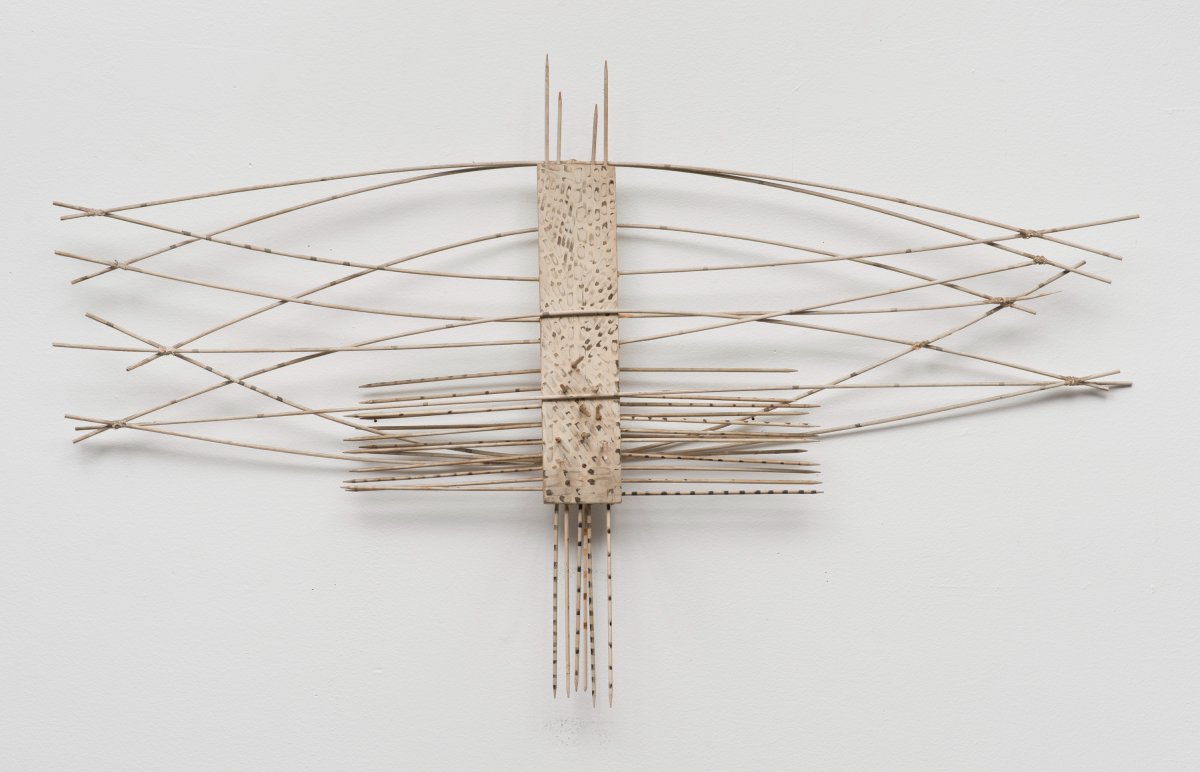 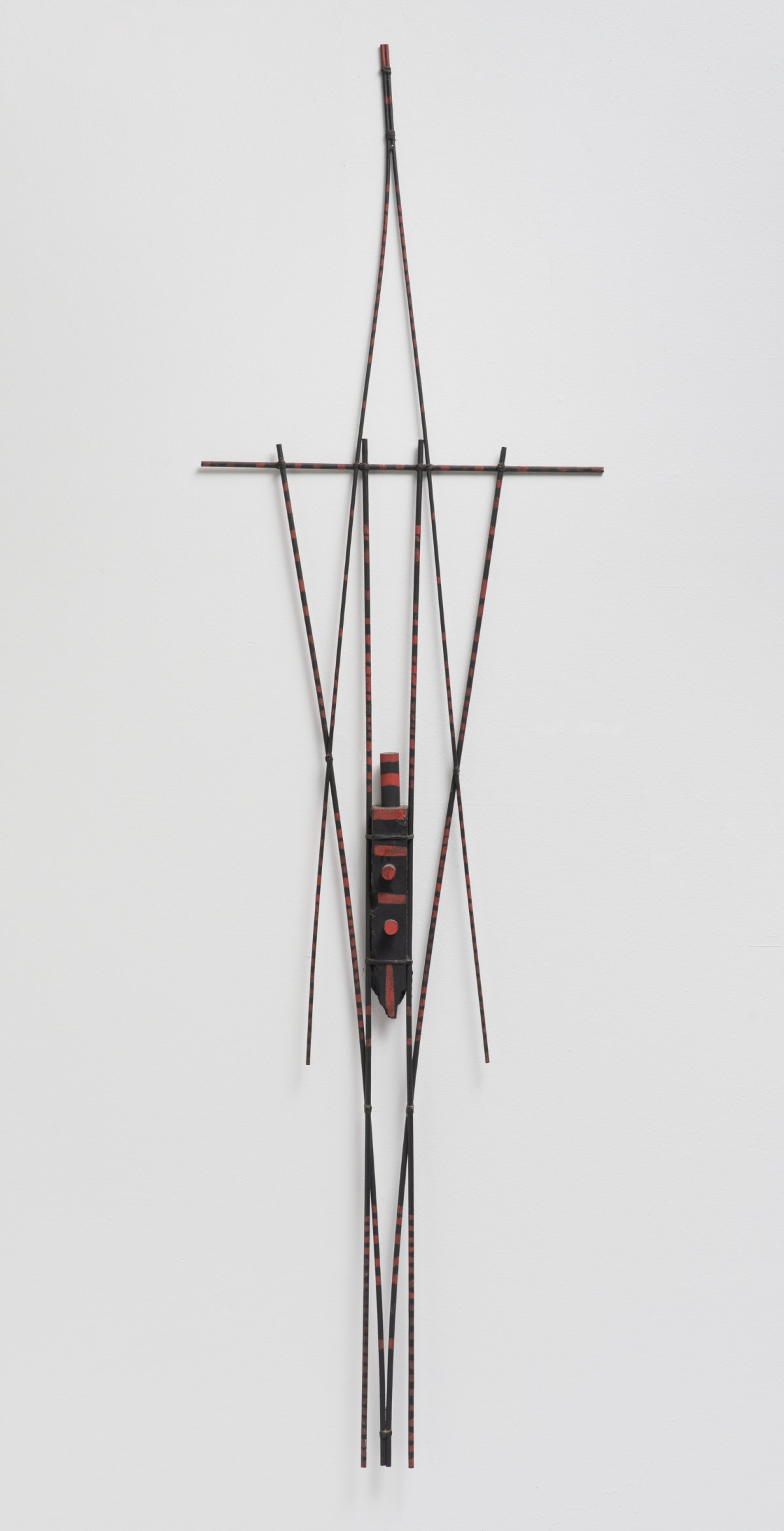 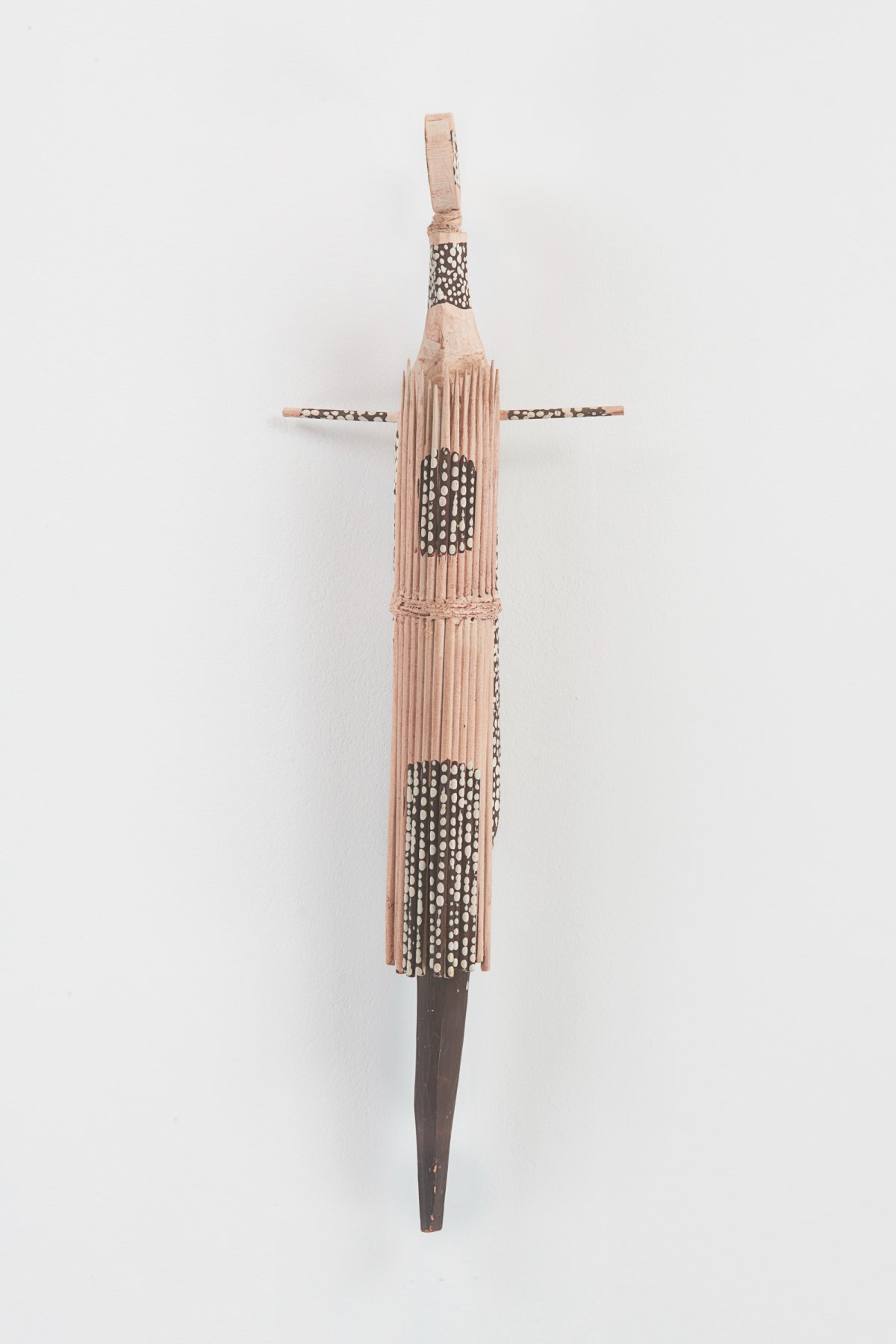 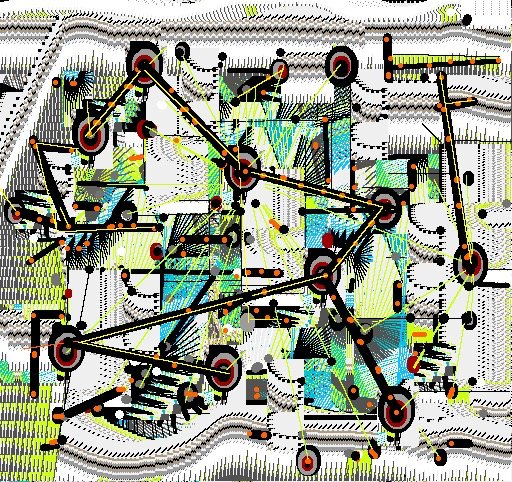 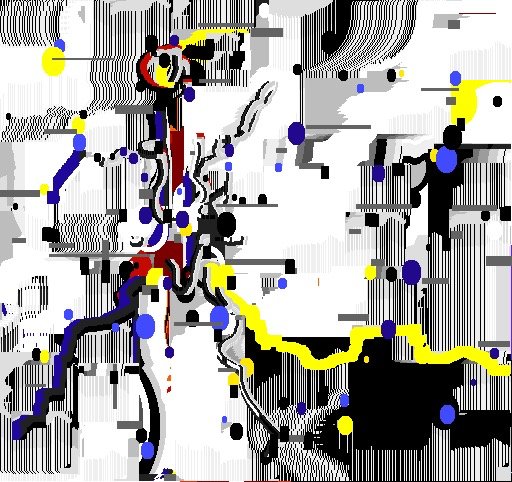 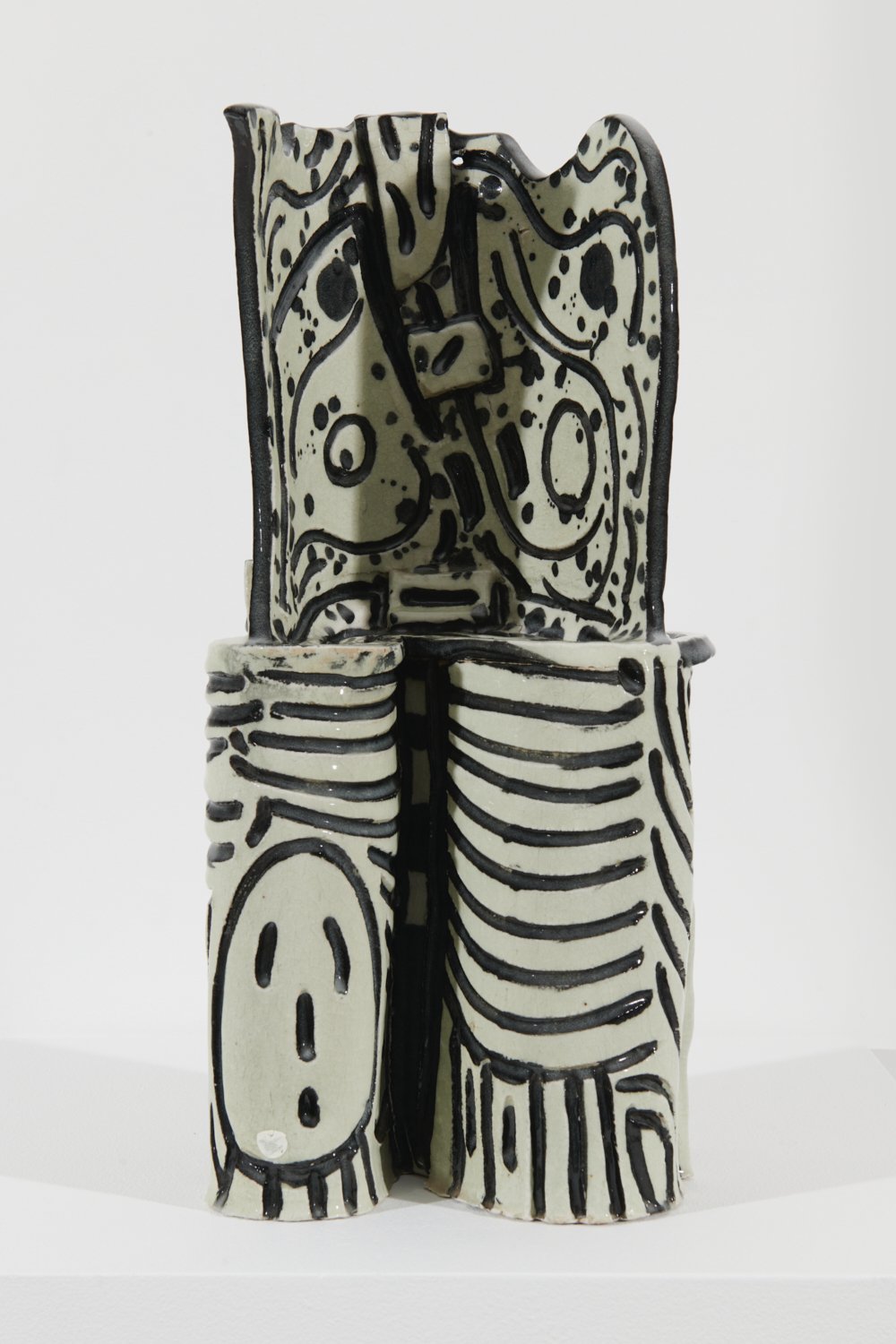 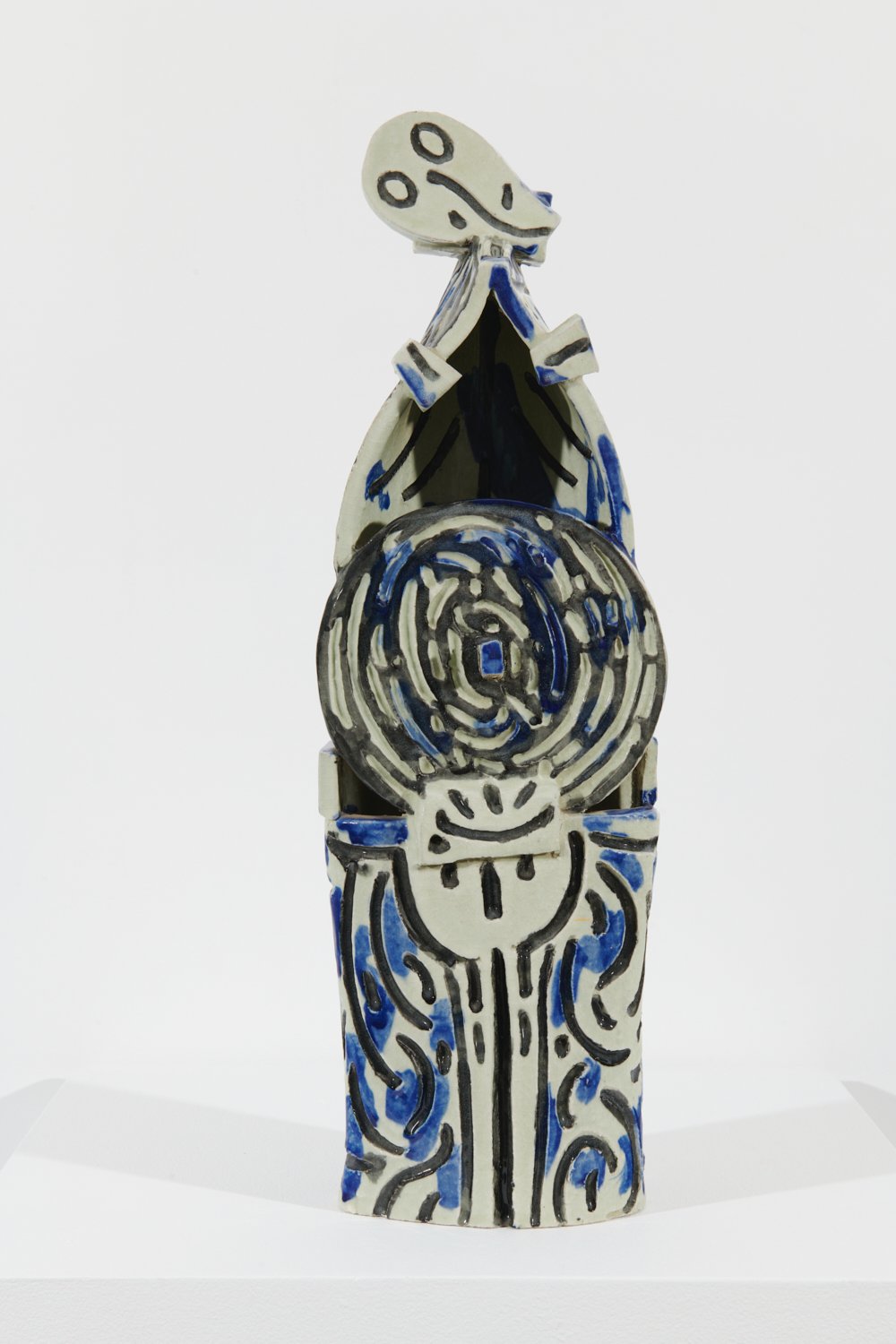 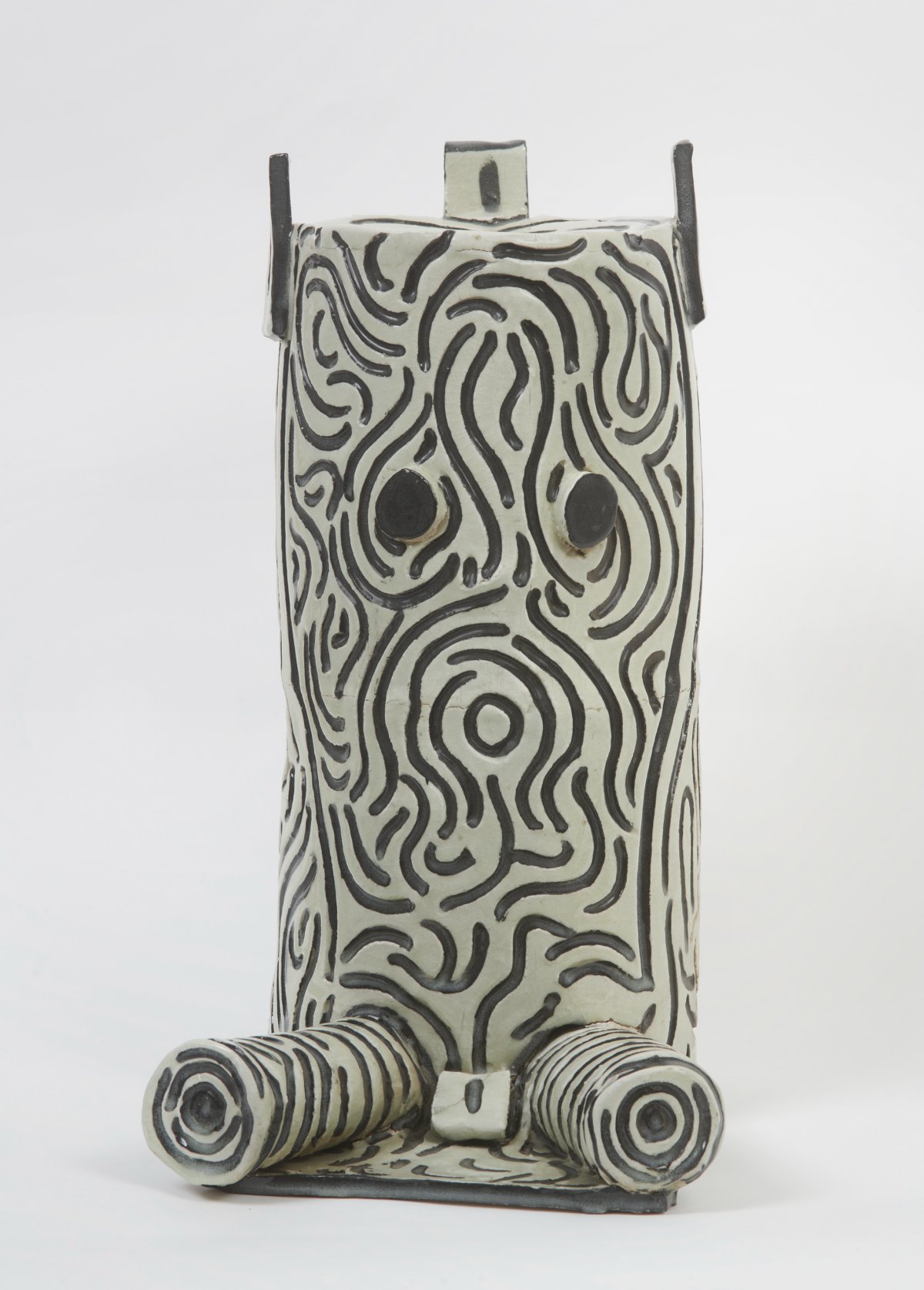 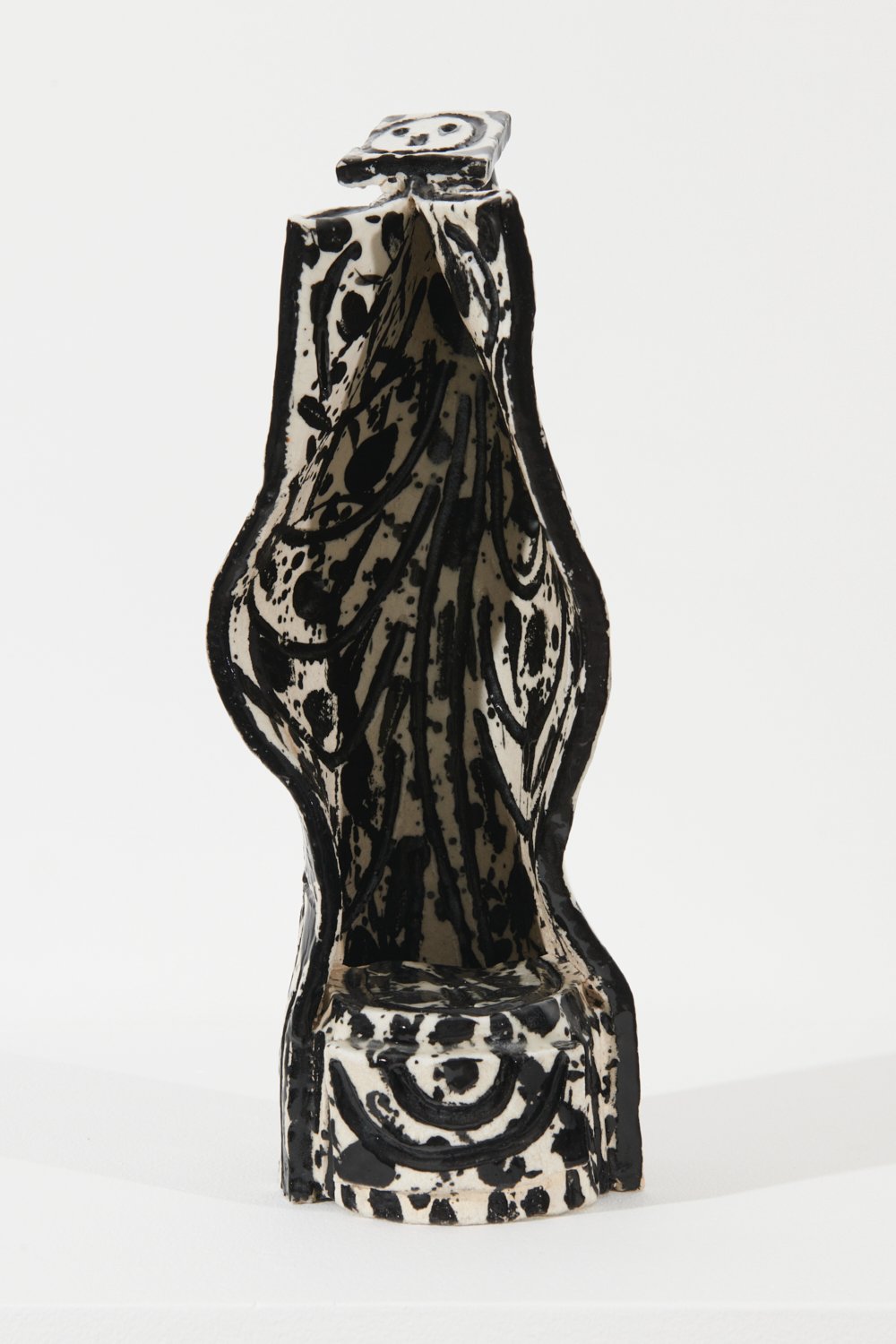 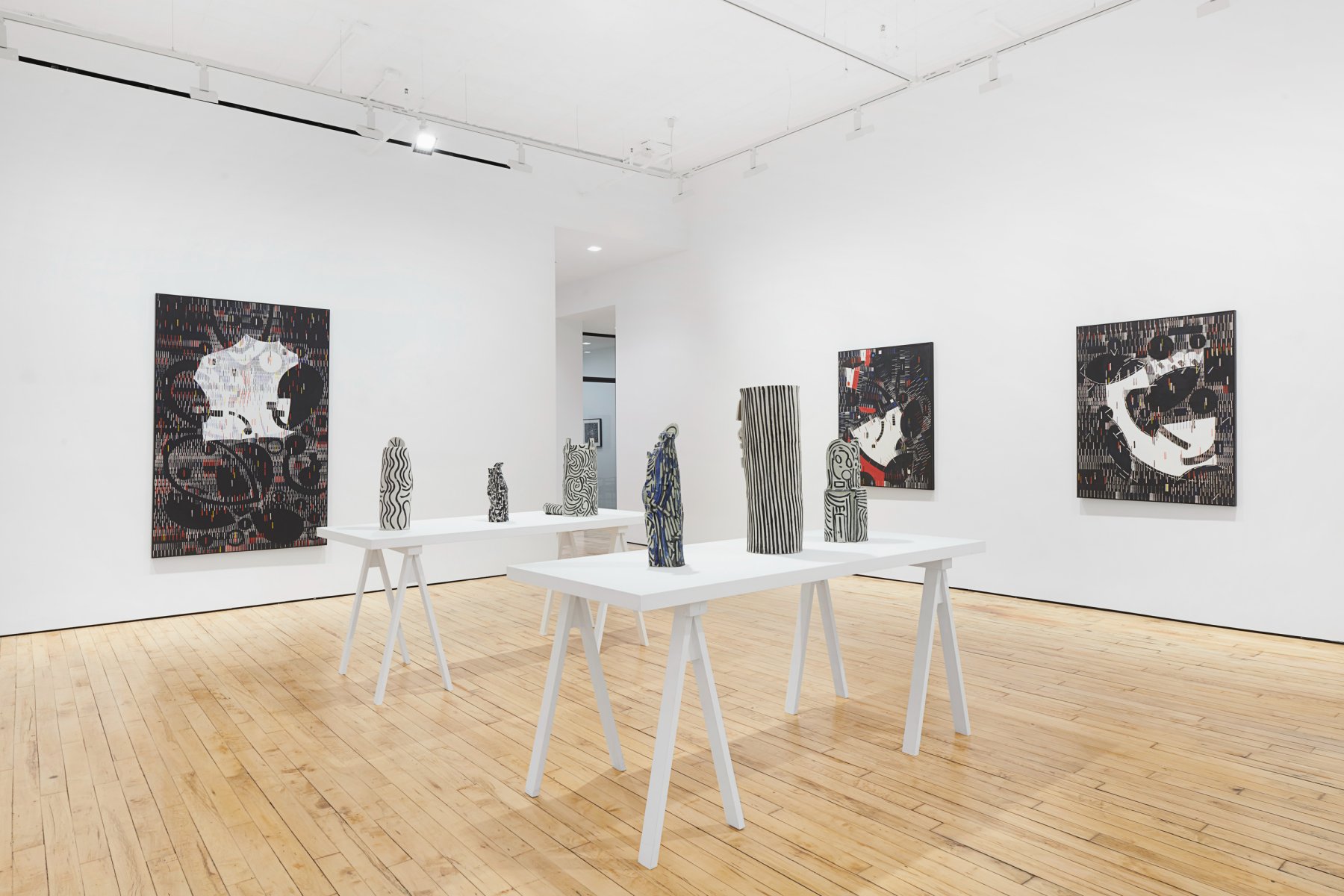 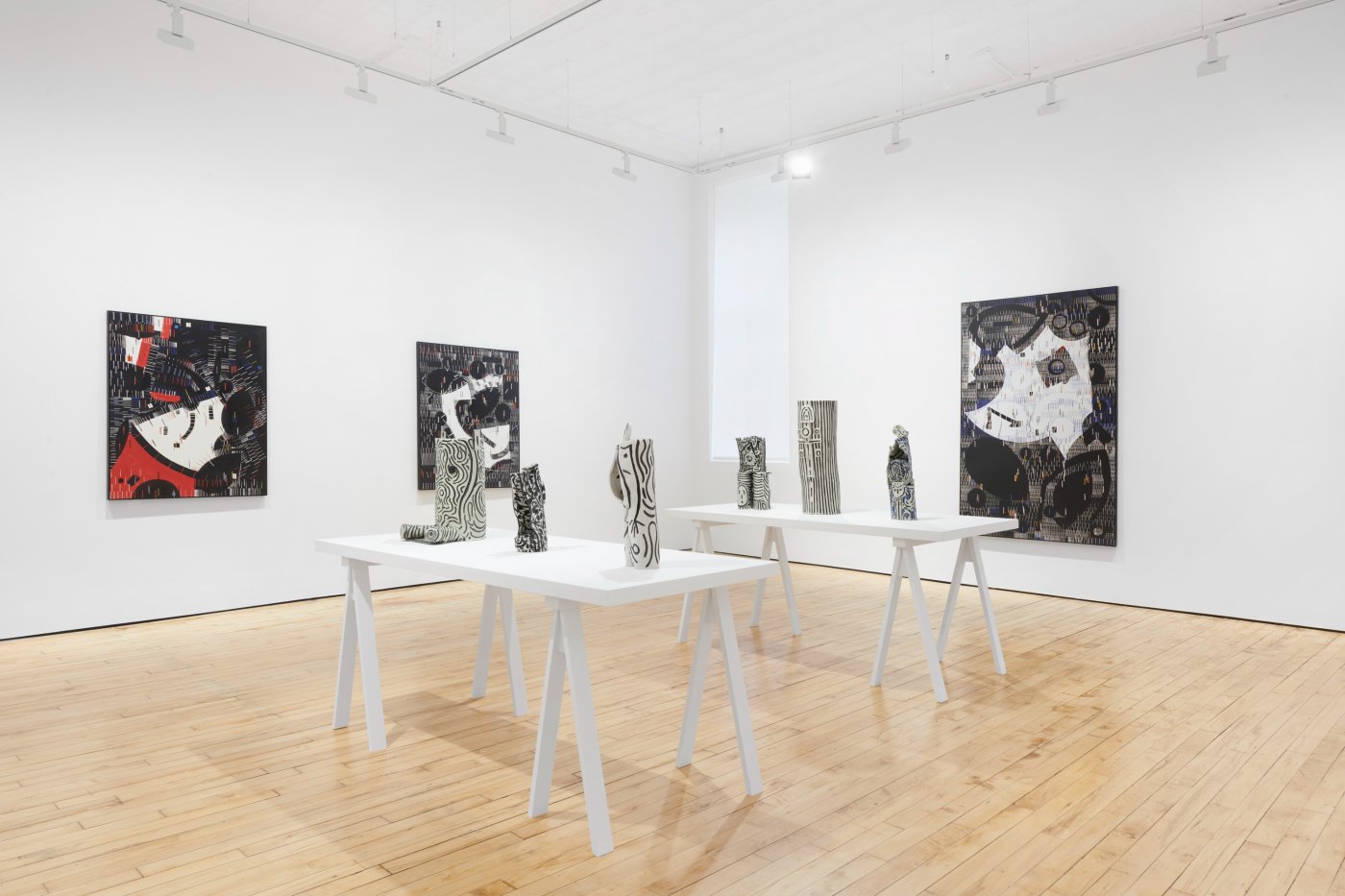 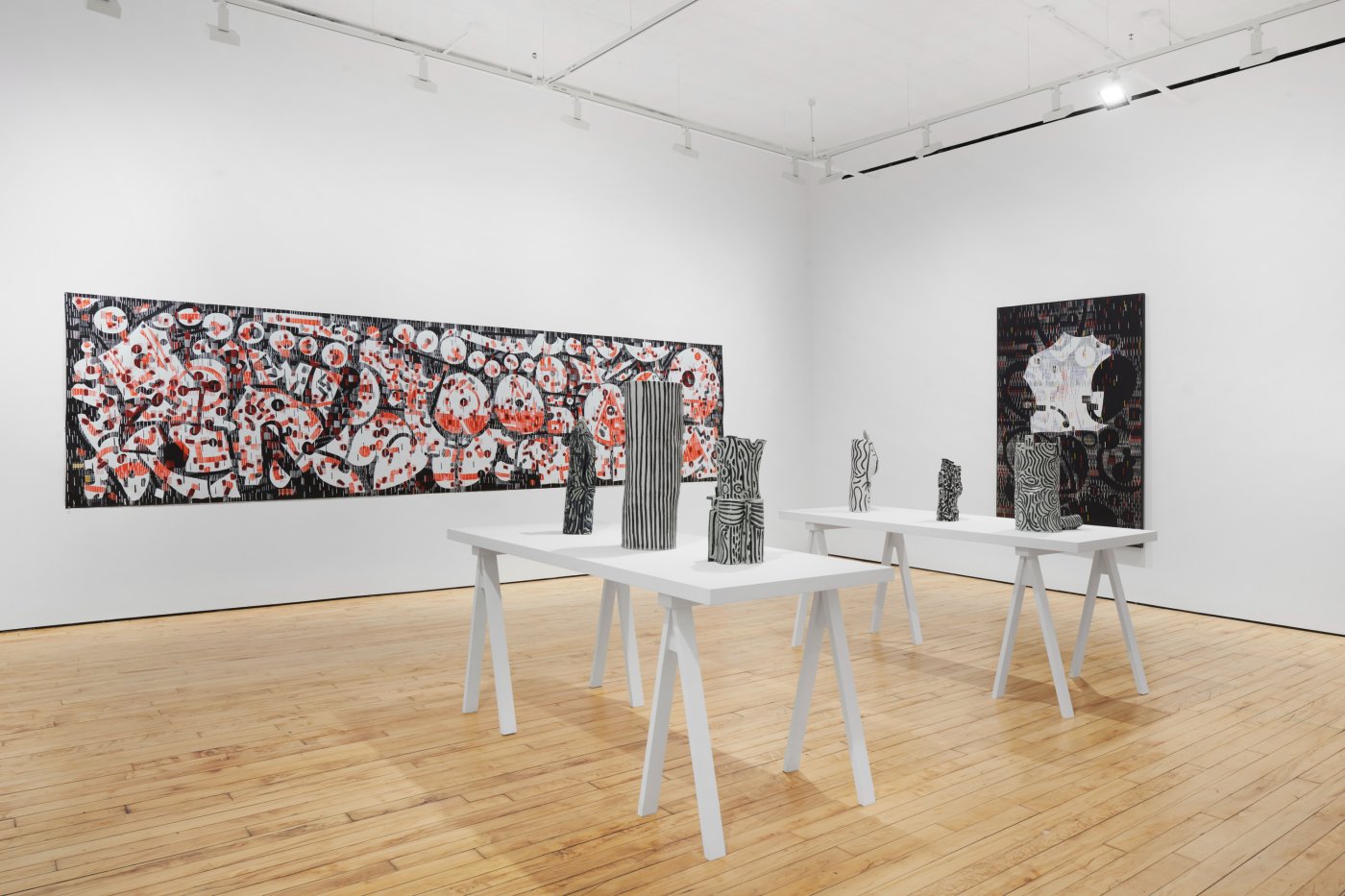 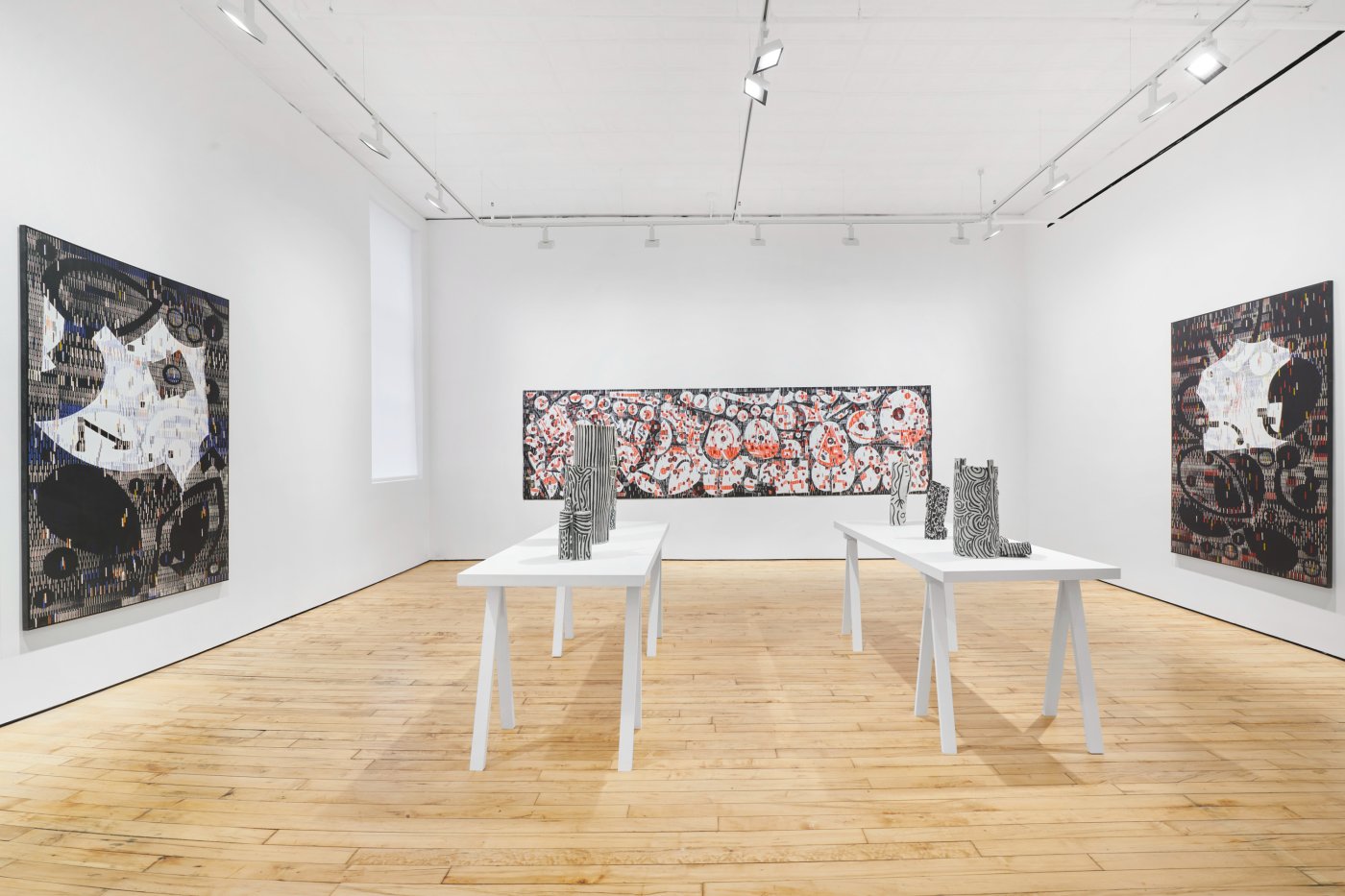 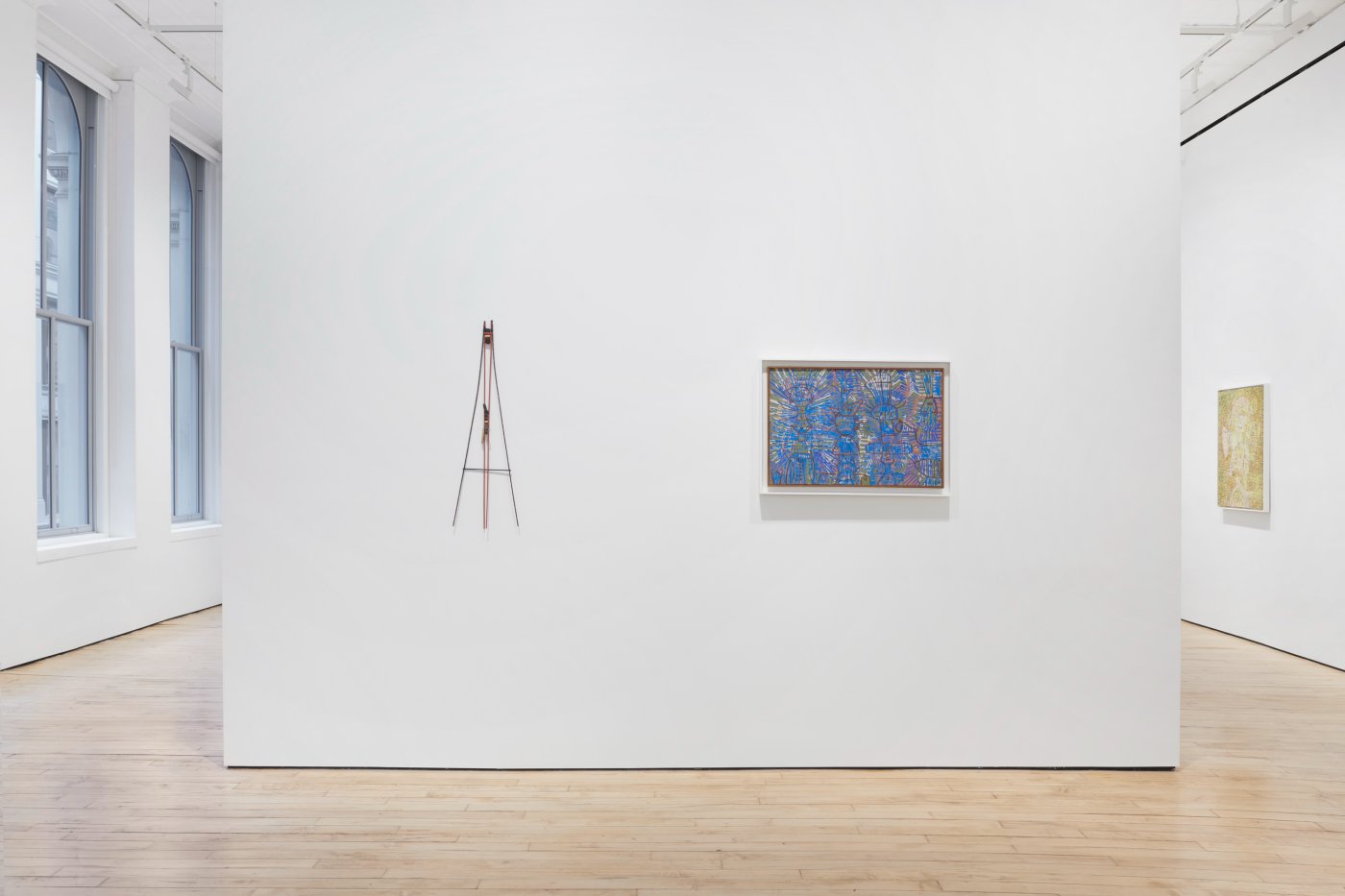 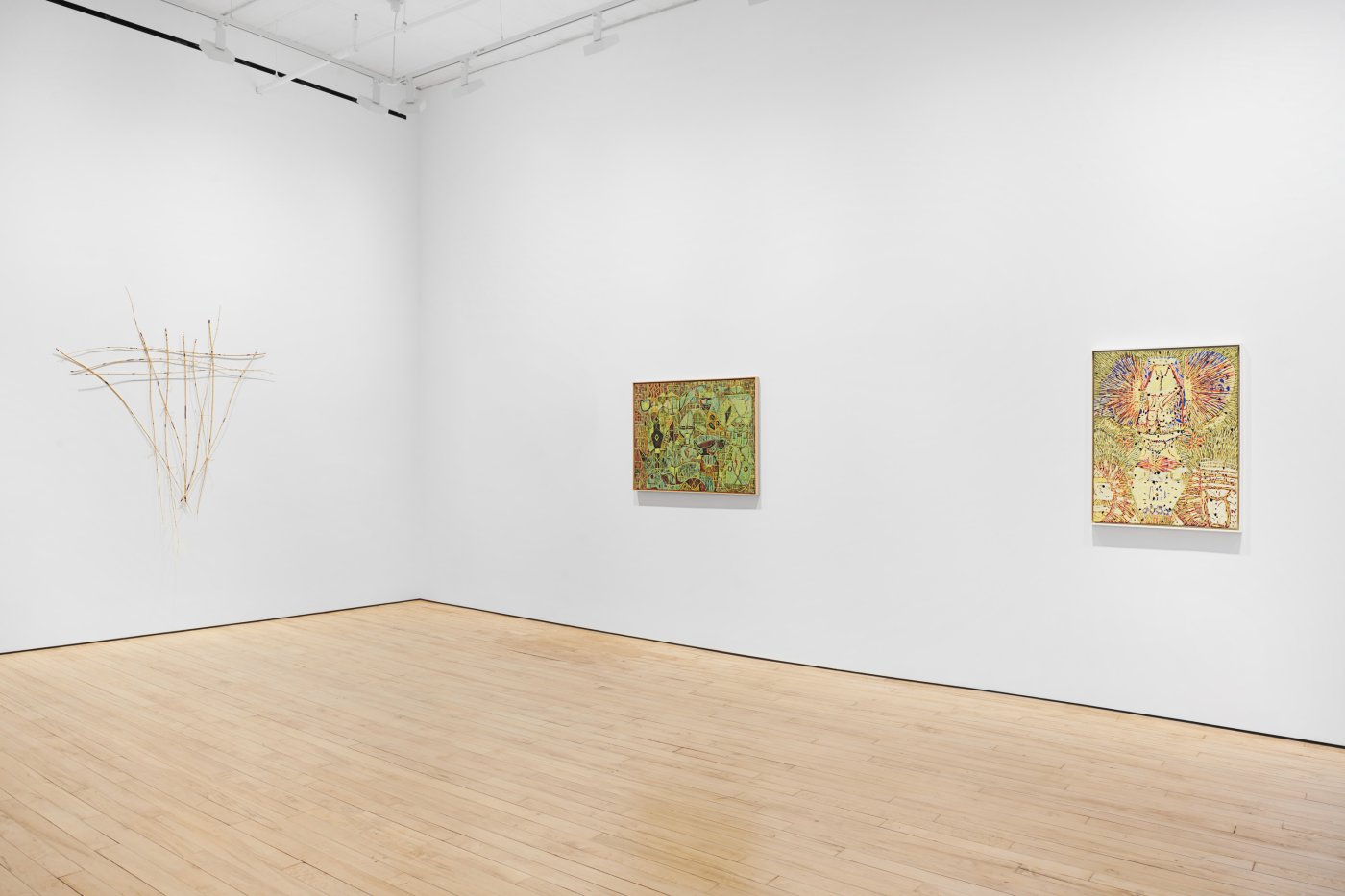 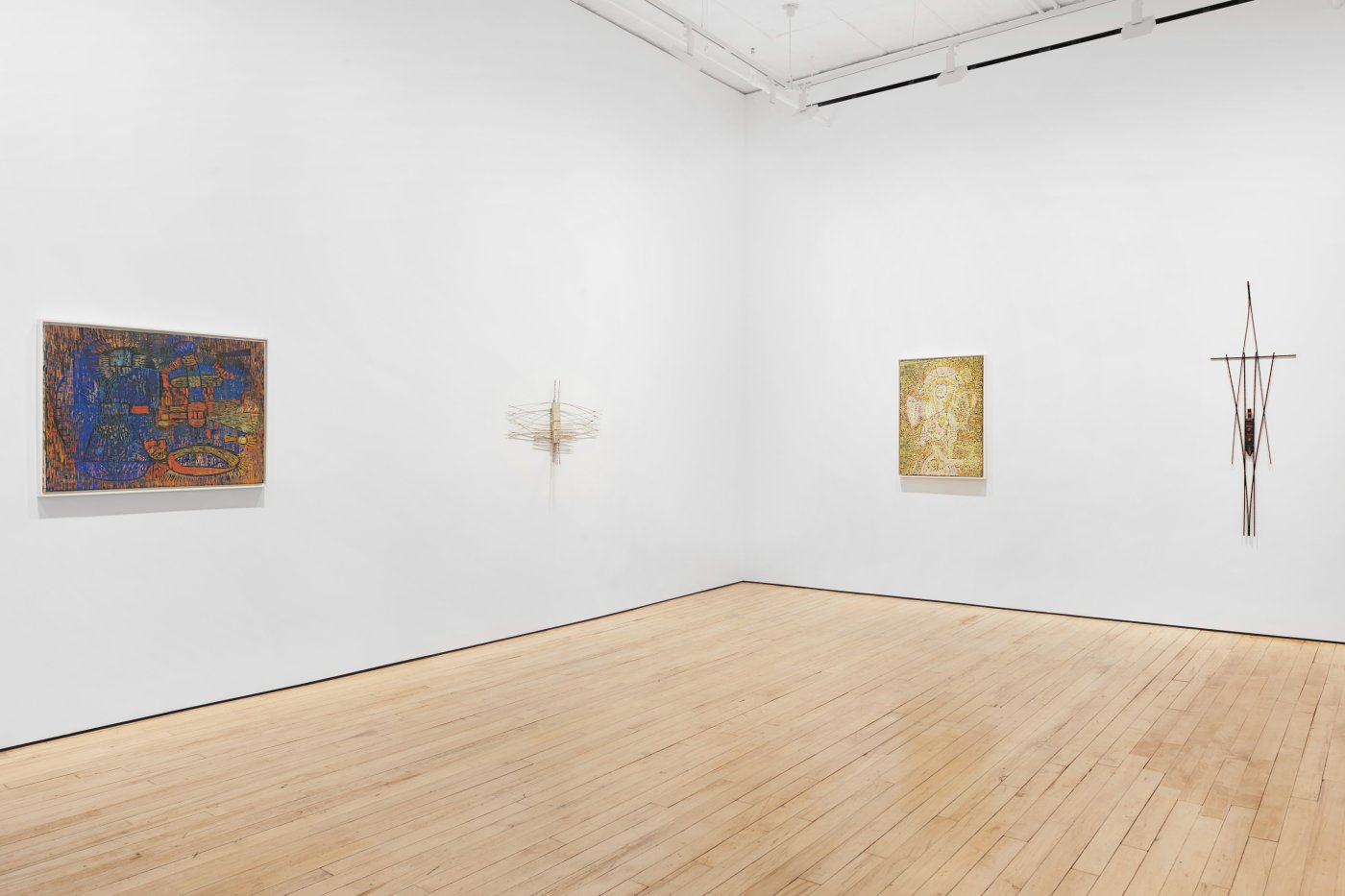 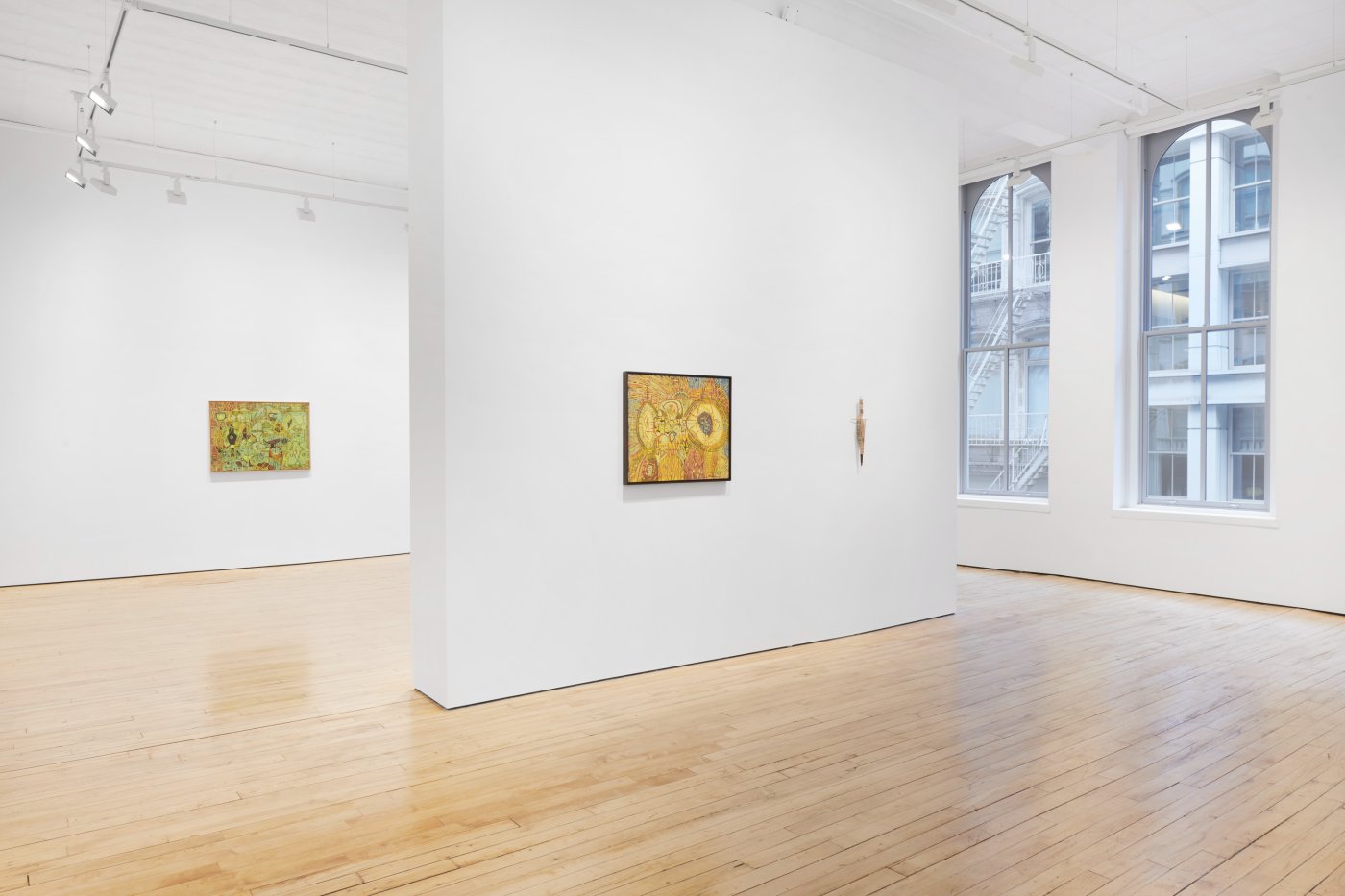 Lee Mullican: The Nest Revived spans six decades of formal experimentation by the late West Coast artist. This exhibition brings together important early paintings and rarely-seen wooden assemblages from the 1940s and 50s along with a monumental painting, totemic ceramics, and a groundbreaking digital artwork from the 1980s.

Mullican was a seeker. Drawing on a wide range of influences, he moved between painting and sculpture to push abstraction and pattern beyond the surface of the canvas. The exhibition reflects upon the dynamic processes that defined Mullican’s art-making and reveals the artist’s enduring belief in the spiritual dimension of abstraction. This sensibility was rooted in a lifetime’s study and appreciation of non-Western, global artistic traditions. The 1948 painting from which the exhibition takes its title, The Nest Revived, suggests that for Mullican, the natural world was a place of endless and regenerative inspiration, a point of both origin and return.

For Mullican, artmaking was a meditative practice, drawing upon Surrealist methods of automatism to map both a quasi-mystical internal landscape and an external topography. This view of the world from above as well as from within was first honed by the artist in his years spent as an aerial topographer for the US Army during the Second World War. In his paintings from the 1940s and 50s, Mullican developed and refined a unique method of applying paint to the canvas with the thin edge of a printer’s knife, building up the surface with textured, fine lines–a technique he referred to as striation. The artist’s works from this period are densely patterned interweavings of symbolic figuration and rhythmic mark-making.

The wooden assemblages, which Mullican’s Dynaton Group co-founder Wolfgang Paalen gave the name Tactile Ecstatics, reflected Mullican’s desire to move away from the two-dimensional surface of the canvas into the three-dimensional space of the real world. Often made of sticks, paper, string, and feathers, in Mullican’s own words, they were “attenuated images that stepped out of my canvases like ritual objects.”

Mullican’s paintings, ceramics, and digital works from the last decades of his life reflect a deepening of his painterly experiments across both craft mediums and the emerging technologies of the day. The artist’s pioneering forays into digital image-making began in the computer labs at UCLA in the mid-1980s. Replacing the printer’s knife with a computer mouse, Mullican merged his meditative method of automatism with the computer’s precise, instantaneous replication of marks. The resulting digital compositions expand upon the proto-pixel forms that appear in his paintings from the 40s and 50s.

Mullican’s 1980s paintings represented a striking evolution in his visual language yet remain grounded in the natural world. In these works, the rich, elemental tones of his earlier work gave way to a pared-down palette of black and white, stippled with fine lines of vibrant primary color. Dense striations of paint are loosened and layered over organic forms that suggest dissected flower petals. His ceramic sculptures from the same period marry that graphic sensibility with a totemic, architectural quality informed by the artist’s reverence for pre- Columbian and Native American abstraction.

Lee Mullican: The Nest Revived maps Mullican’s endlessly inventive pursuit of a singular language of abstraction, one that pushed against the flat surface of the canvas to bring his painterly universe into the space of the world in which he lived.

Lee Mullican was born in Chickasha, Oklahoma in 1919 and died in Los Angeles in 1998. He attended the Kansas City Art Institute after transferring from the University of Oklahoma in 1941. Upon his graduation from the Institute in 1942, Mullican was drafted into the army, serving for four years as a topographical draftsman. Mullican traveled to Hawaii, Guam and Japan before ending his tenure in the army in 1946, when he moved to San Francisco. In San Francisco, Mullican became a founding member of the Dynaton Group with Gordon Onslow Ford and Wolfgang Paalen. This group of artists, named after the Greek word for “the possible,” acted as a bridge between the European Surrealist and American Abstract Expressionist schools. Disbanding shortly after its seminal exhibition in 1951 at the San Francisco Museum of Modern Art, the Dynaton explored the subconscious mind, mysticism, automatism, and the influences of ancient cultures. After winning a prestigious Guggenheim Fellowship in 1959, Mullican spent a year painting in Rome before returning to Los Angeles where he joined the teaching staff of the UCLA Art Department in 1961, keeping his position for nearly 30 years. He divided the later part of his life between his homes in Los Angeles and Taos, traveling internationally and co- organizing exhibitions at UCLA. Mullican’s works are included in the permanent collections of the San Francisco Museum of Modern Art, the Hammer Museum, the Whitney Museum of American Art, the Los Angeles County Museum of Art, and the Metropolitan Museum of Art, as well as in numerous other institutions.