Relatively brief but prolific, Lee Lozano’s career produced a multifaceted oeuvre unconstrained by a single signature style. From the early 1960s until her death in the late 1990s, Lozano borrowed ideas from different art movements and idioms, only to subvert them to stunning effect. Hauser & Wirth New York presents a selection of paintings from both her figurative and minimalist bodies of work, alongside accompanying studies and drawings. 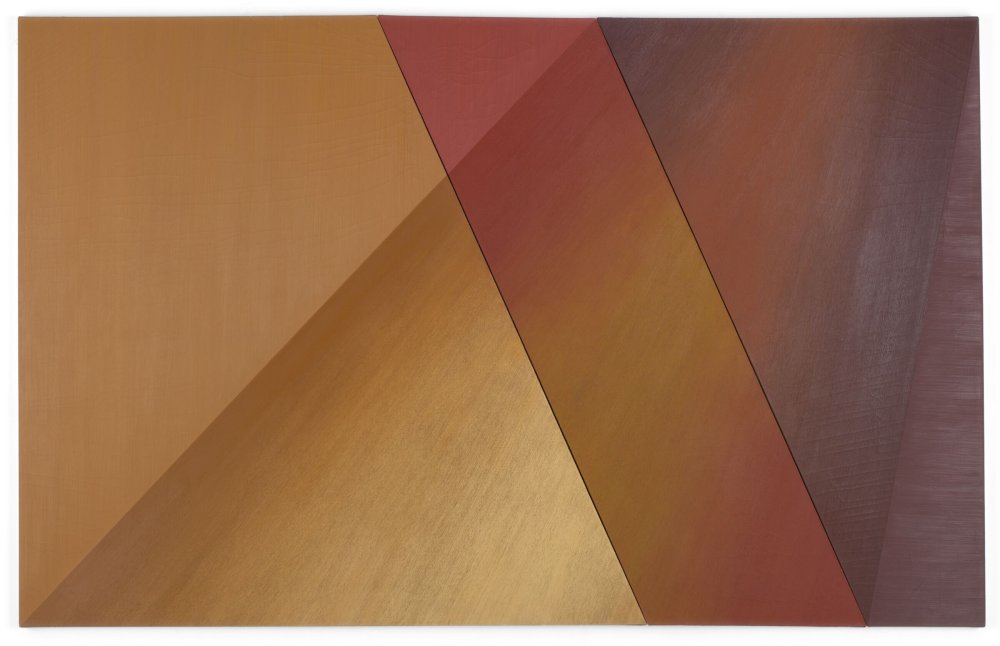 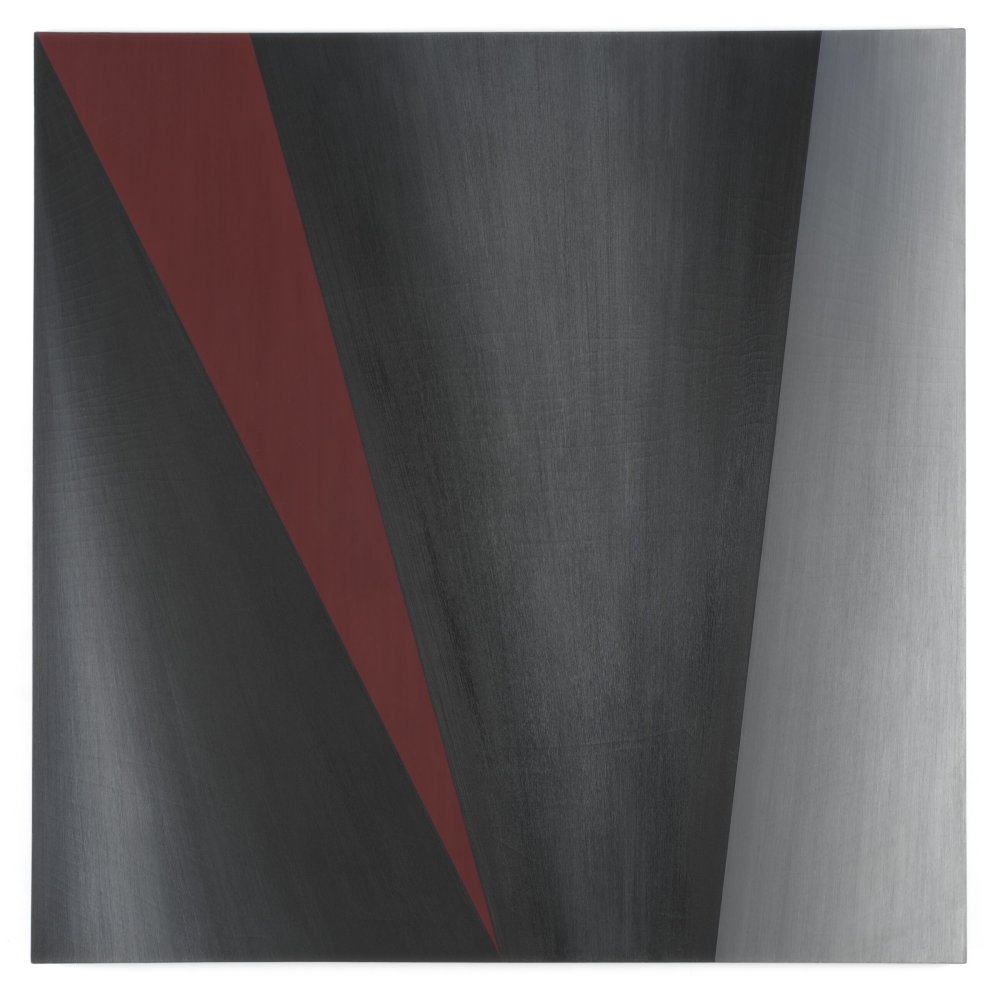 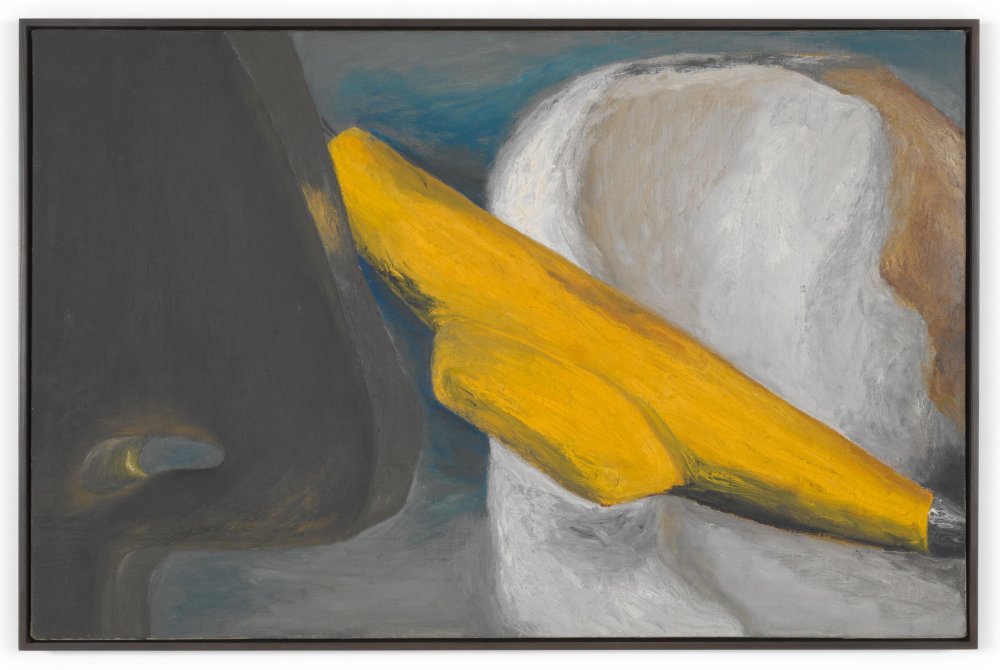 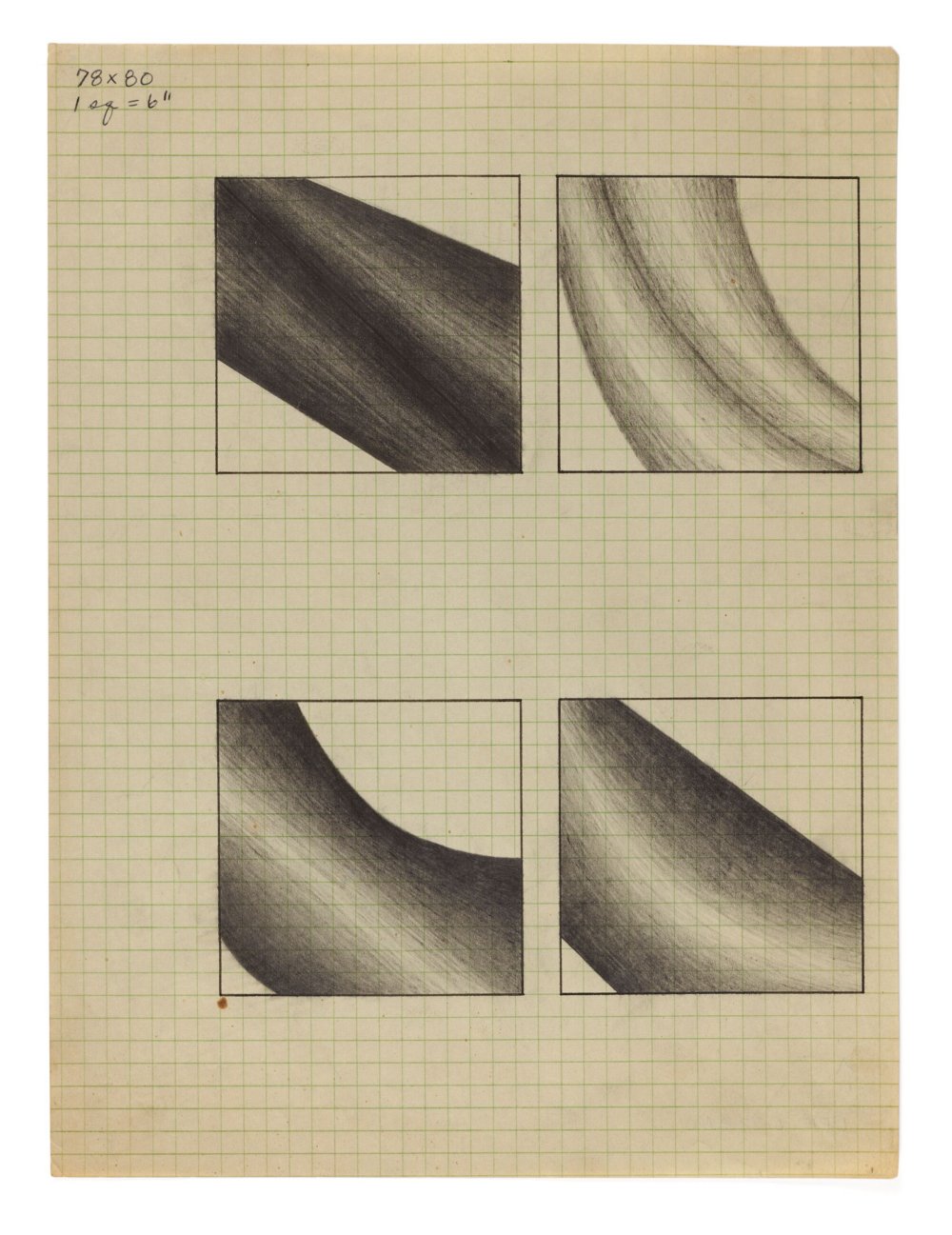 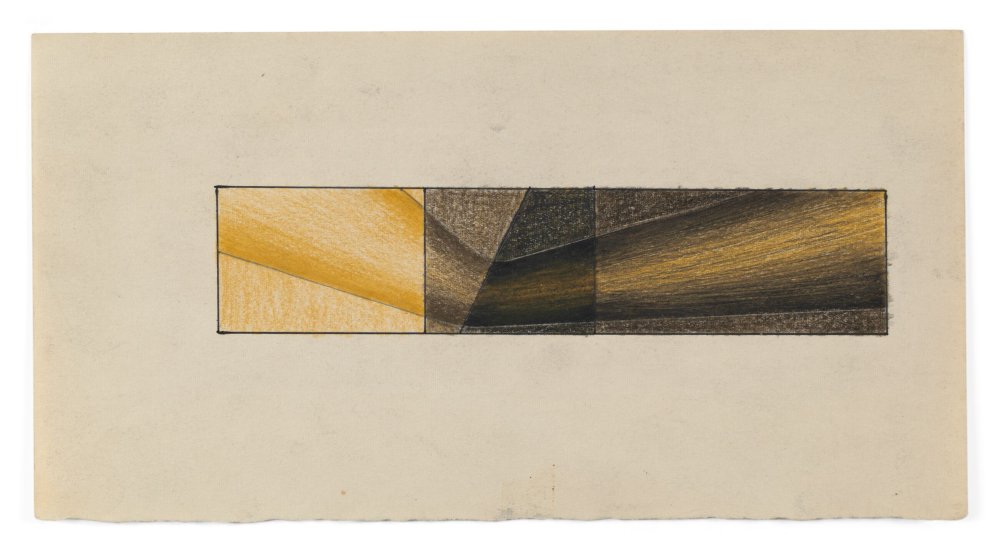 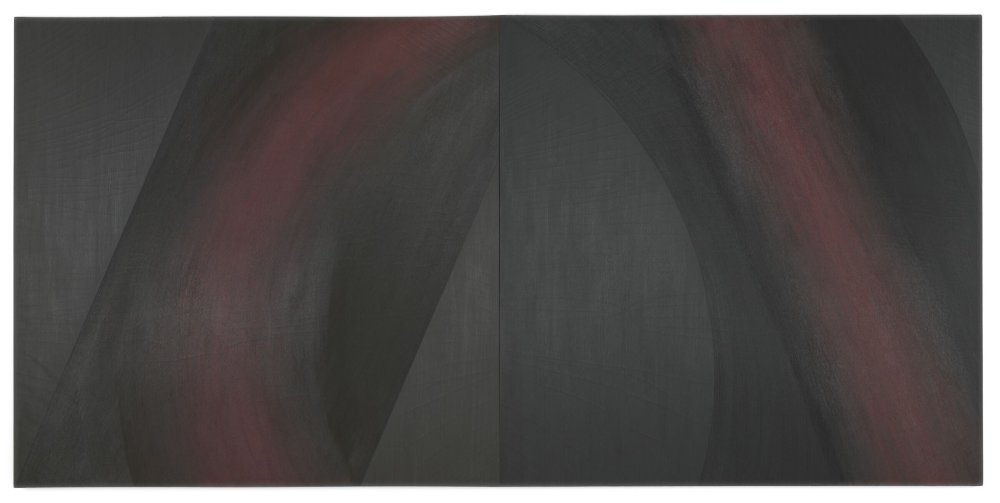 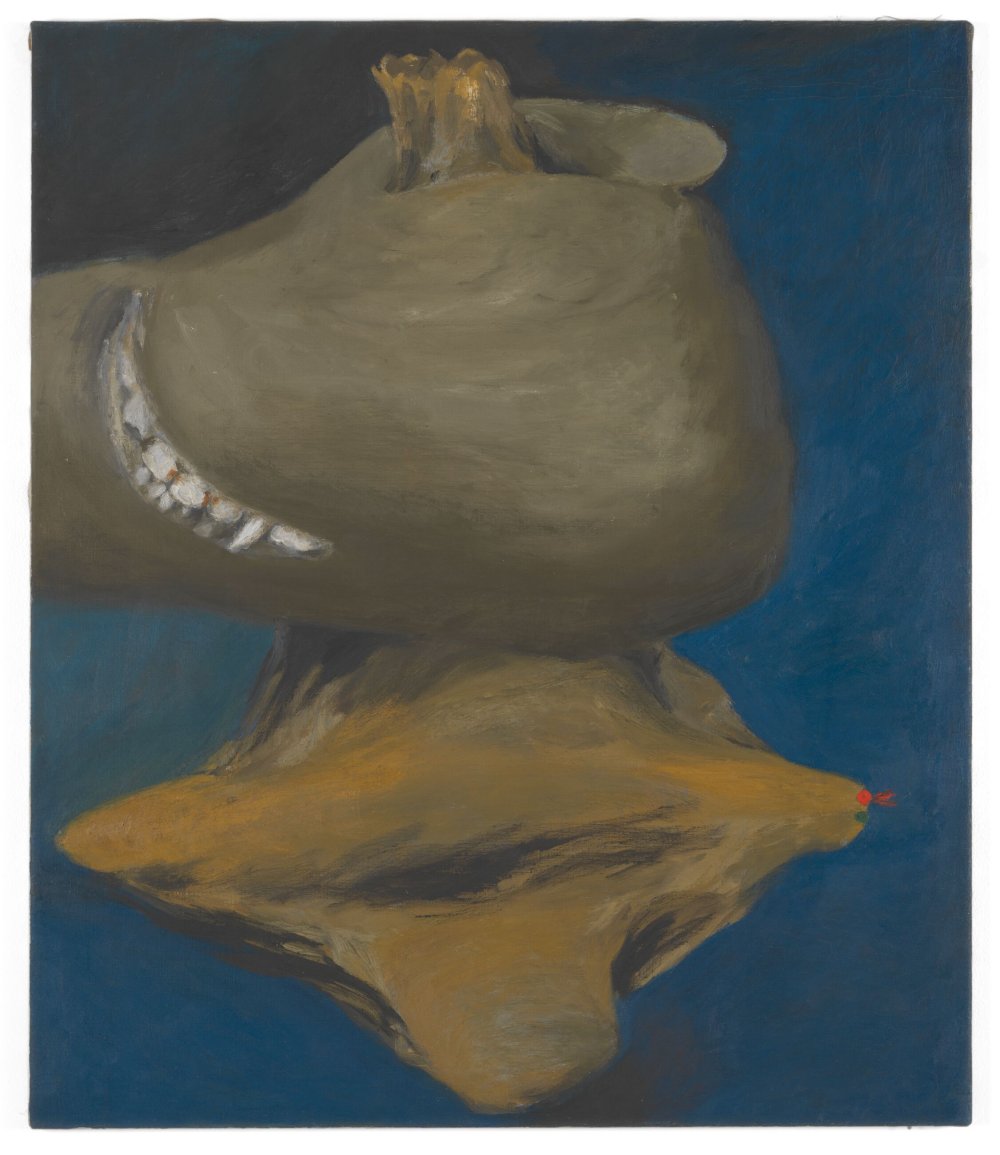 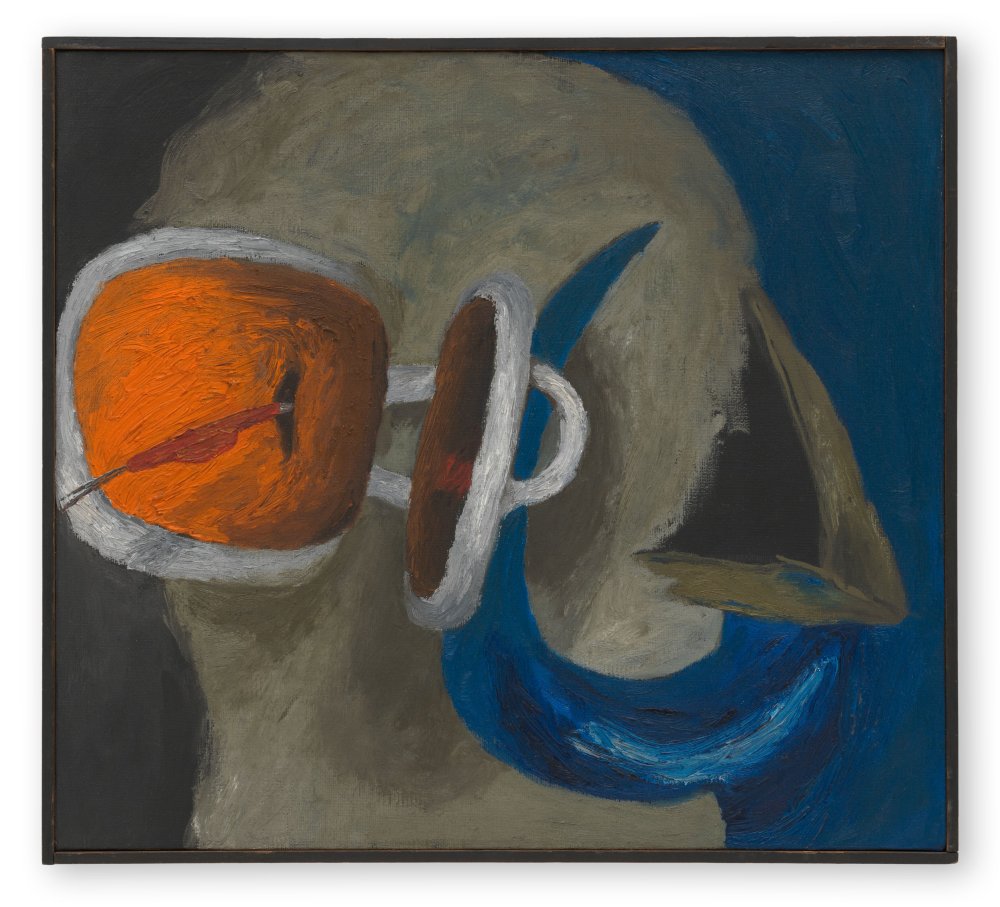 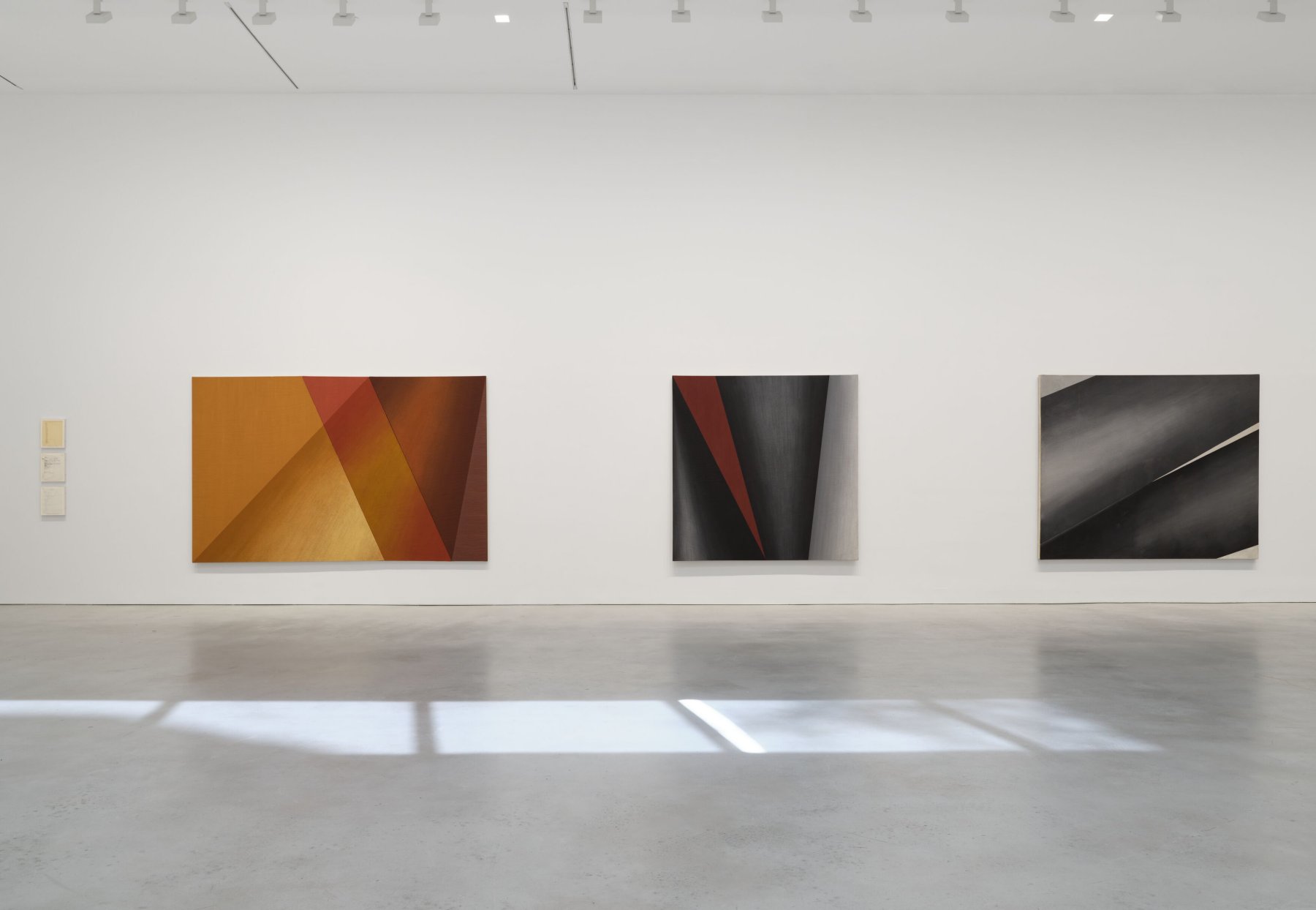 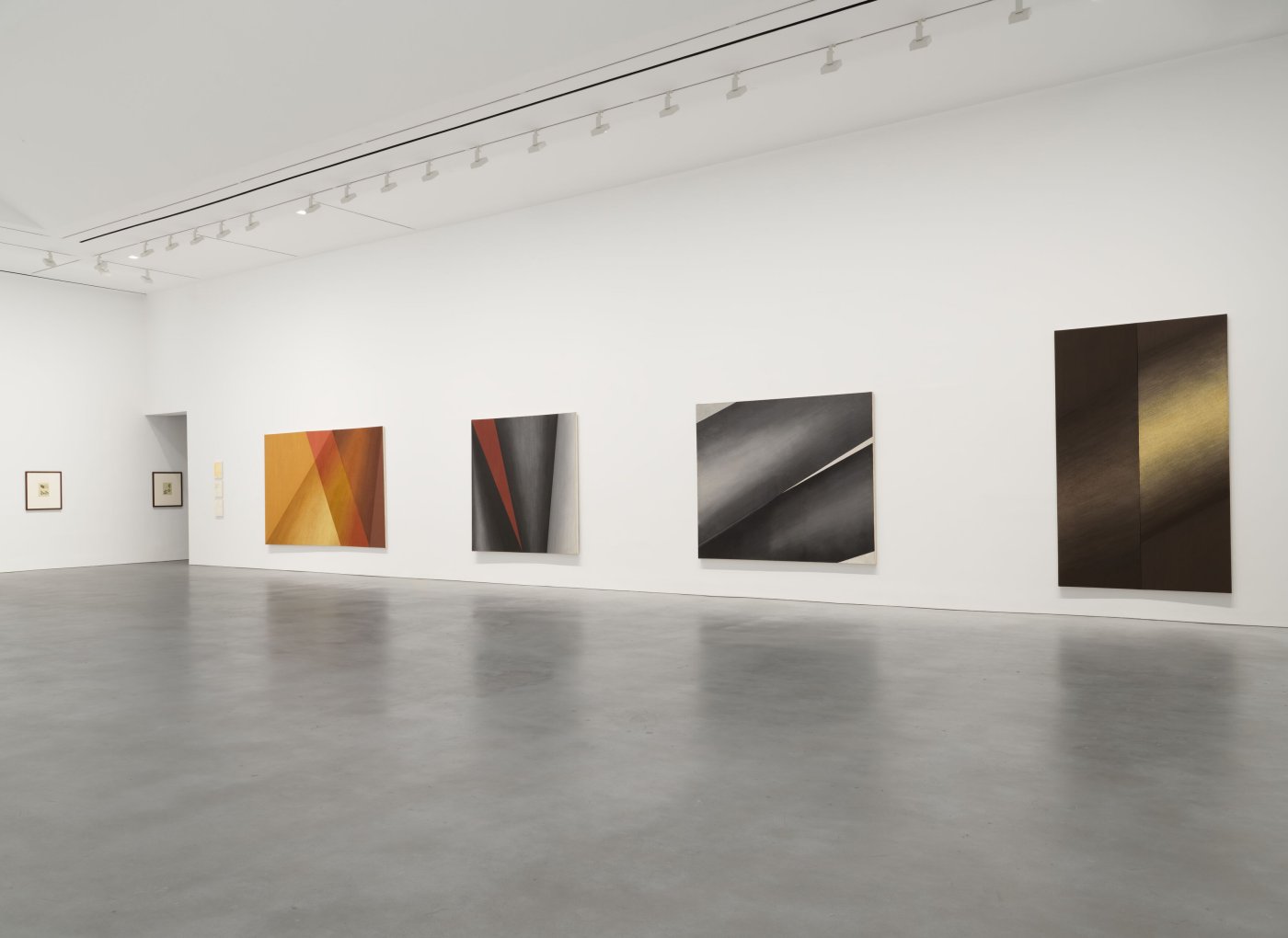 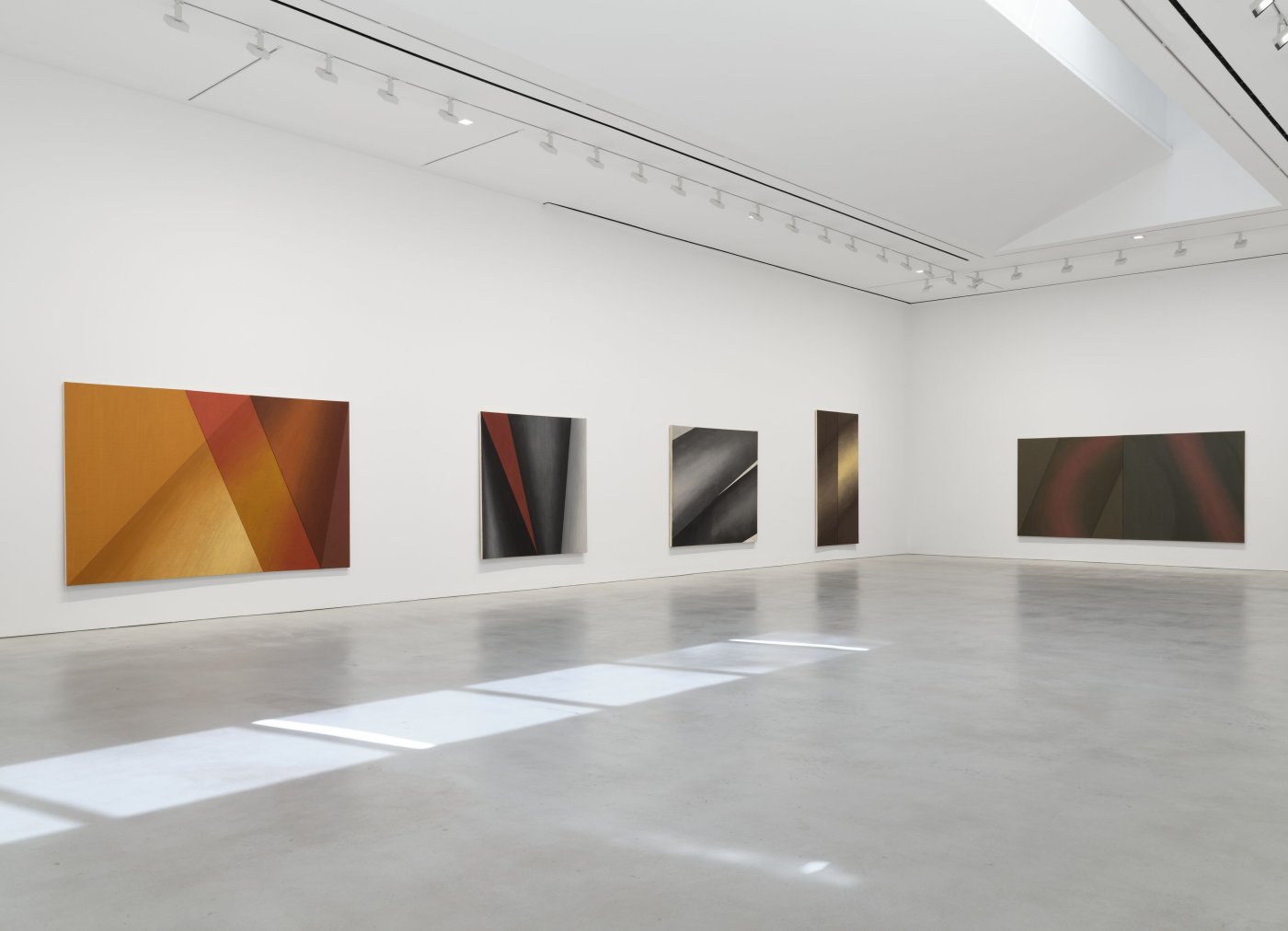 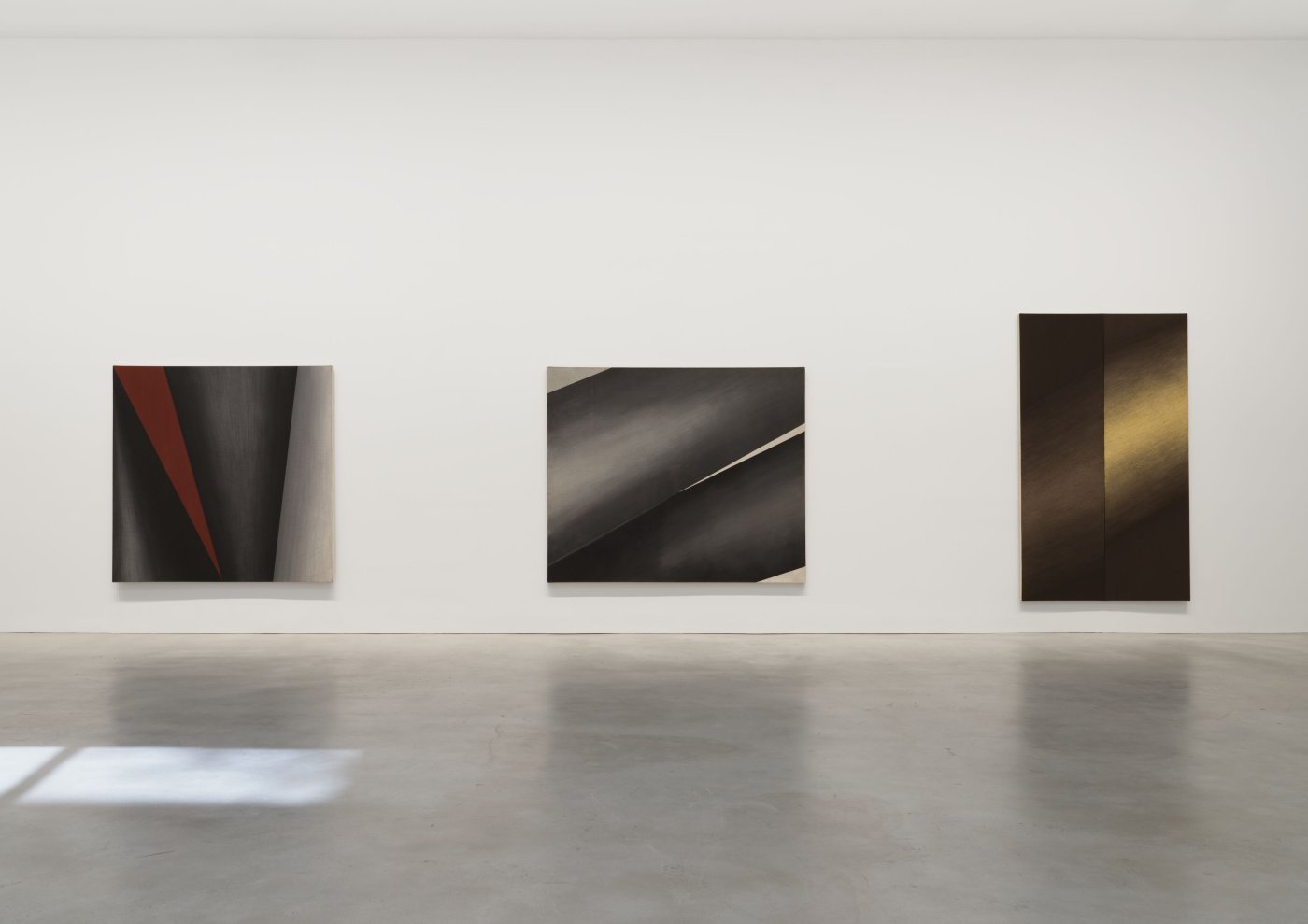 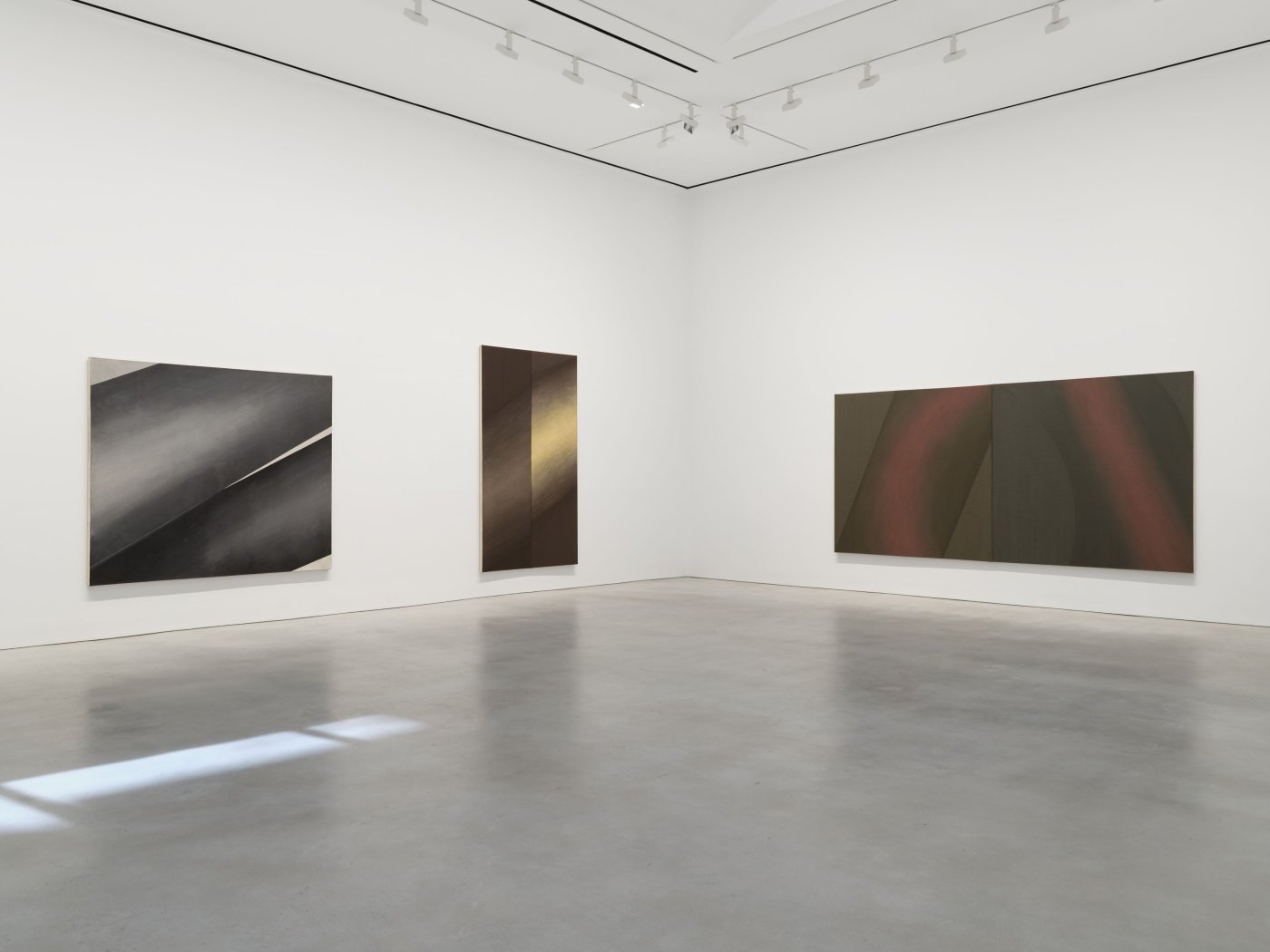 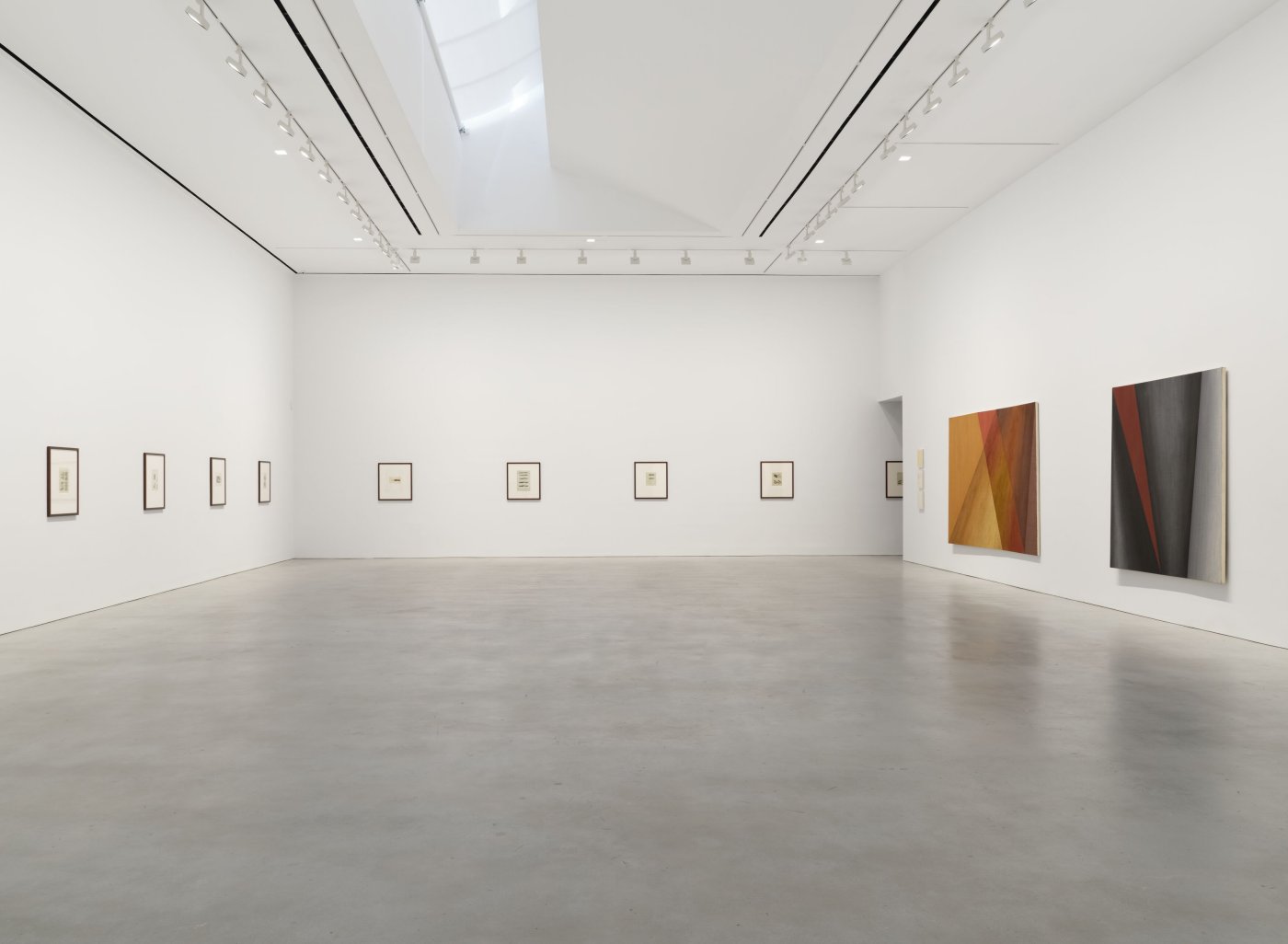 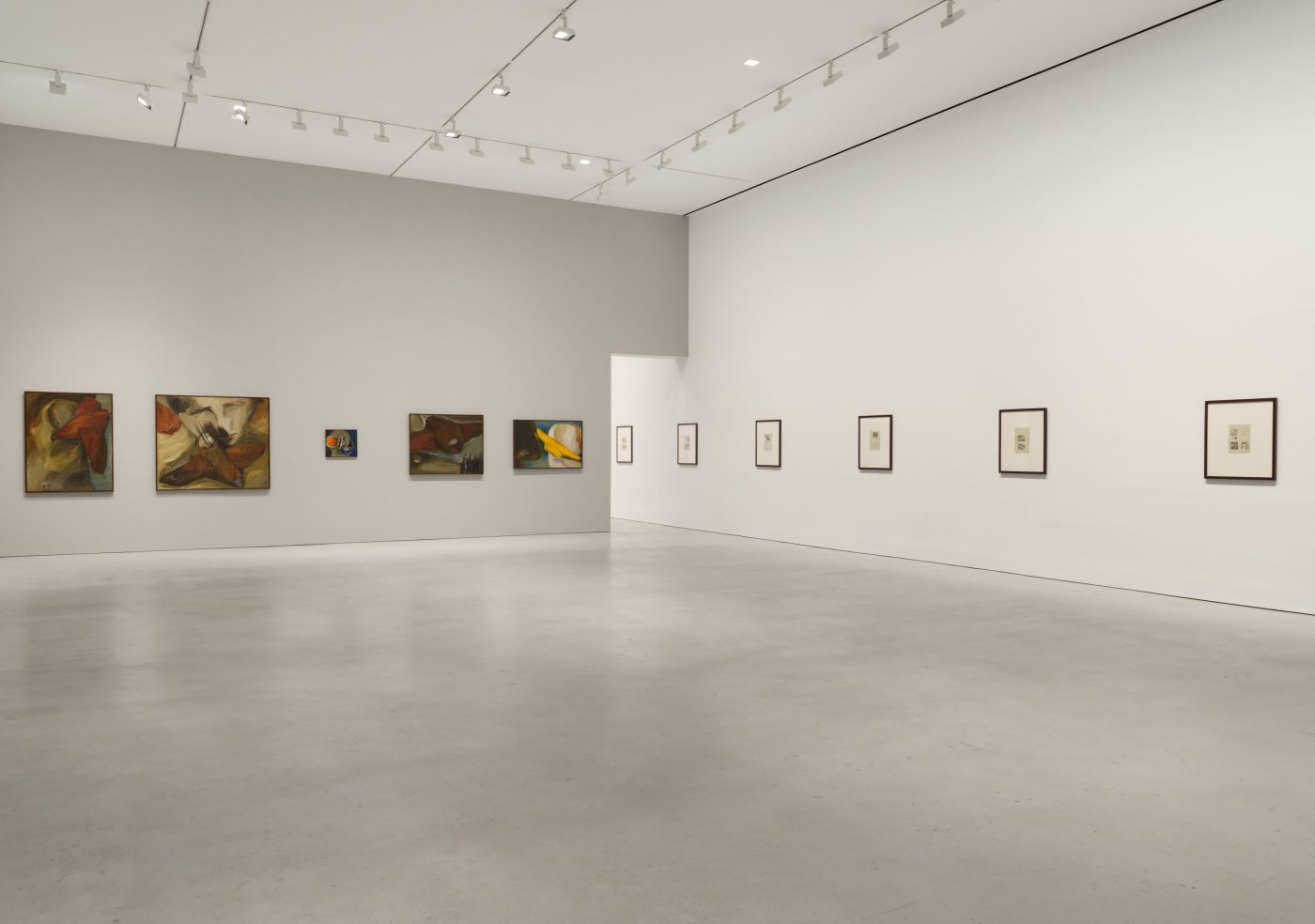 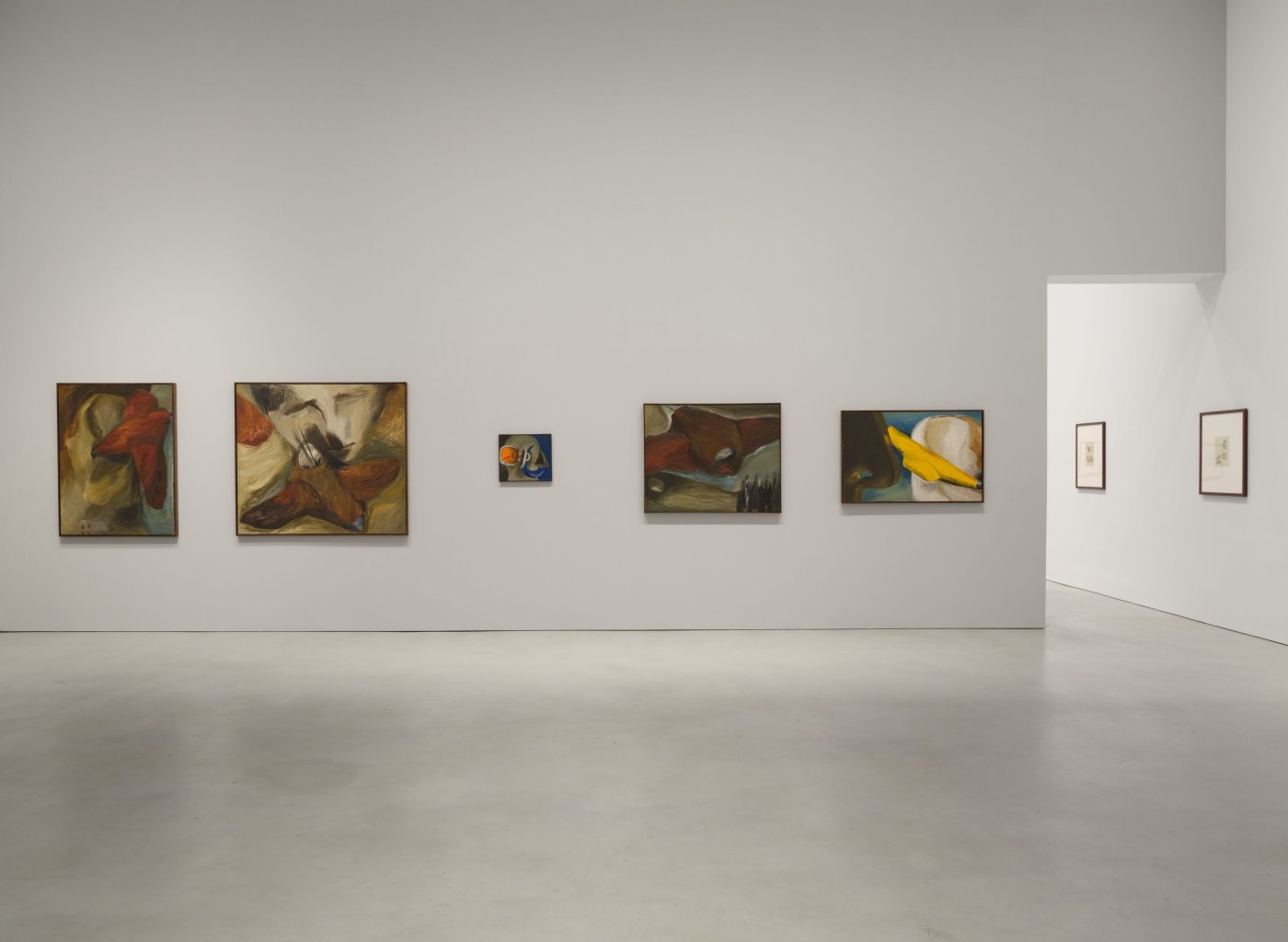 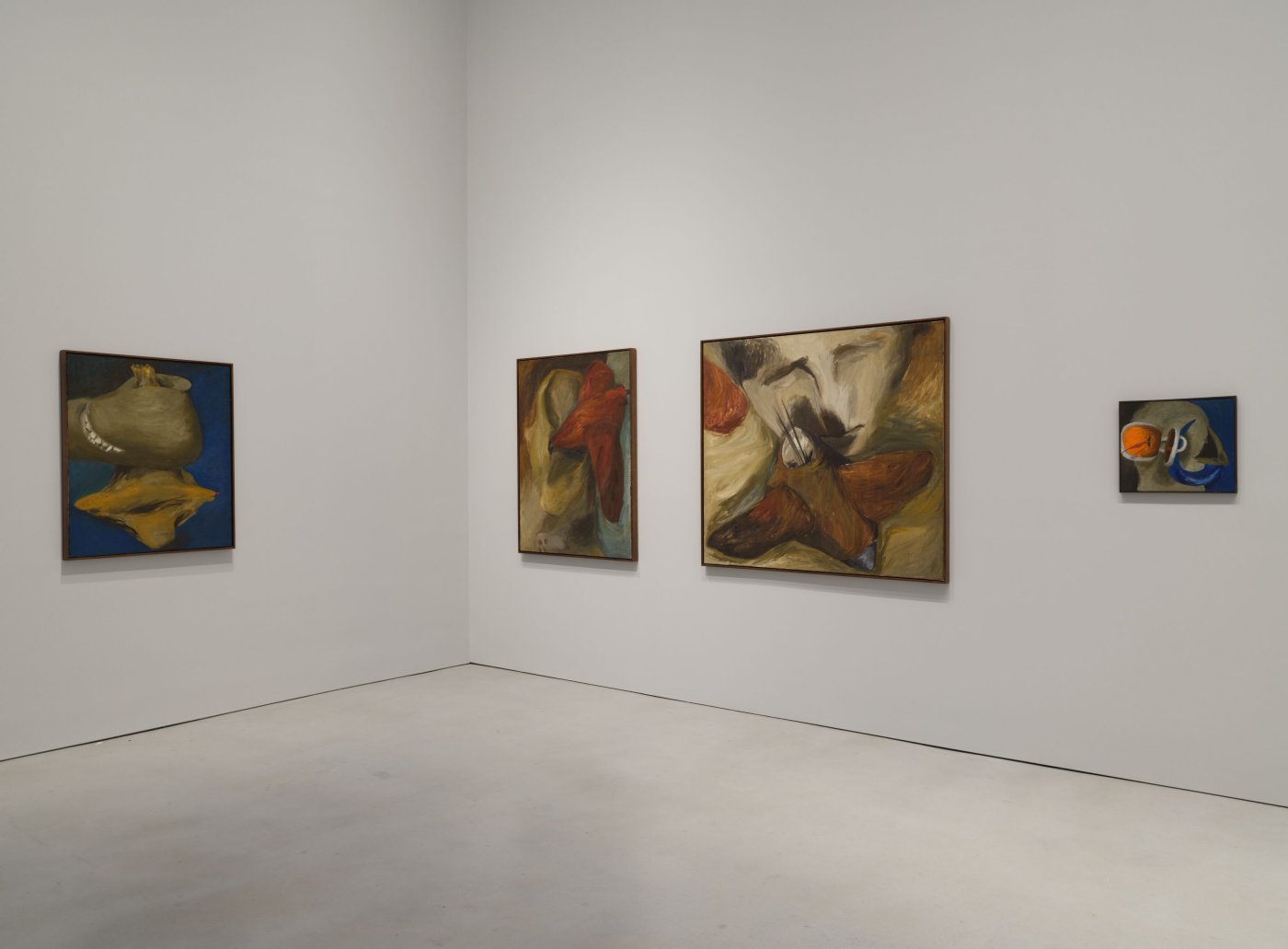 In the early figurative works on view, Lozano focused on the physicality of the human form and its associations with power and sexuality. She would eventually eliminate these recognizable shapes and objects from her paintings, choosing instead to use a deliberately restricted palette and range of geometric forms to explore the phenomena of energy, light, and color. These minimalist works, all of which have a verb as their title, were the first series she showed publicly in New York at the Bianchini Gallery in 1966.

The show opens with a selection of figurative works from Lozano’s beginnings as an artist in New York during the early 1960s, a time of immense transition and experimentation within a very male-dominated art world. Executed with raw expressionist brush strokes, Lozano’s early paintings are imbued with a very personal iconography – including phalluses, religious symbols, tools, and airplanes – that blurred the boundaries between body and machine. A symbol of strength, skill, and potency, or perhaps simply just a direct reference to the patriarchal art world she inhabited, cartoonish, severed phalluses appear in several of the works on view. In others, airplanes fly in and out of ears and mouths, circling around heads. In one painting, a large, globular hand embellished with a menacing mouthful of teeth holds a tight grip on the wing of a bright yellow airplane – a possible metaphor for Lozano’s evolving ideas and practice, moving through distinct artistic phases in rapid succession.

By 1965 Lozano’s work became more minimalist and geometric, focusing on what she called ‘energy paintings.’ Using three-inch housepainters’ brushes, the artist painted repeated parallel strokes while the pigment was still tacky on the canvas, rendering finely ridged, slightly reflective surfaces that imparted different optical effects and a feeling of accelerated motion. Cones and cylinders act as agents of speed and violence, sometimes corresponding to their triangular shaped canvases – assembled to create a singular, rectangular composition. Both a striking challenge to painting’s basic elements and a profound exploration of matter itself, this series comprised Lozano’s first one-person exhibition at the influential Bianchini Gallery. In response to these astonishing canvases, critic Dennis Adrian wrote in Artforum that Lozano’s exhibition was ‘an opportunity to see…commitment to a reductive, abstract mode of expression which nonetheless permits a very rich kind of pictorial experience…a genuine and polished ability to compress, within a deliberately restricted range of forms, a ferment of energetic perception.’

Lee Lozano was one of the most innovative artists to have worked in America during the 1960s. Throughout her oeuvre, which spans a little more than a decade, she produced ground-breaking work in a progression of styles, from the figurative and cartoonish pop-expressionism of her early paintings and drawings, through serial minimalism, to language based conceptual pieces. Upon settling in downtown New York, Lozano quickly entered circles of like-minded artists and actively contributed to the developing art scene at the time, establishing close relationships with Dan Graham, Carl Andre and Sol LeWitt, among others. She began showing her work at influential New York institutions such as Richard Bellamy’s Green Gallery, the Bianchini Gallery, and the Whitney Museum of American Art, and, in 1969 at the Gallery Ricke in Cologne, Germany.

In February 1969 she commenced her ‘General Strike Piece,’ in which she withdrew from the New York art world ‘to pursue investigations of total personal and public revolution.’ This was followed by one further act of withdrawal, the decision to boycott all relations with other women. What began as a short-term experiment to improve communication with women resulted in a rejection of all members of her own gender – and, by the same token, of early forms of feminism – that lasted for the remainder of her life. However, the uncompromising and vigorous richness of Lozano’s creative output has had a profound impact on many contemporary artists that have followed, firmly placing her as a cult figure within the historical canon of American Art. She eventually settled in Dallas, Texas where she lived until her death in 1999. Her short lived but influential career remains a source of fascination, lauded by Lucy Lippard as the foremost female conceptual artist of her era in New York.