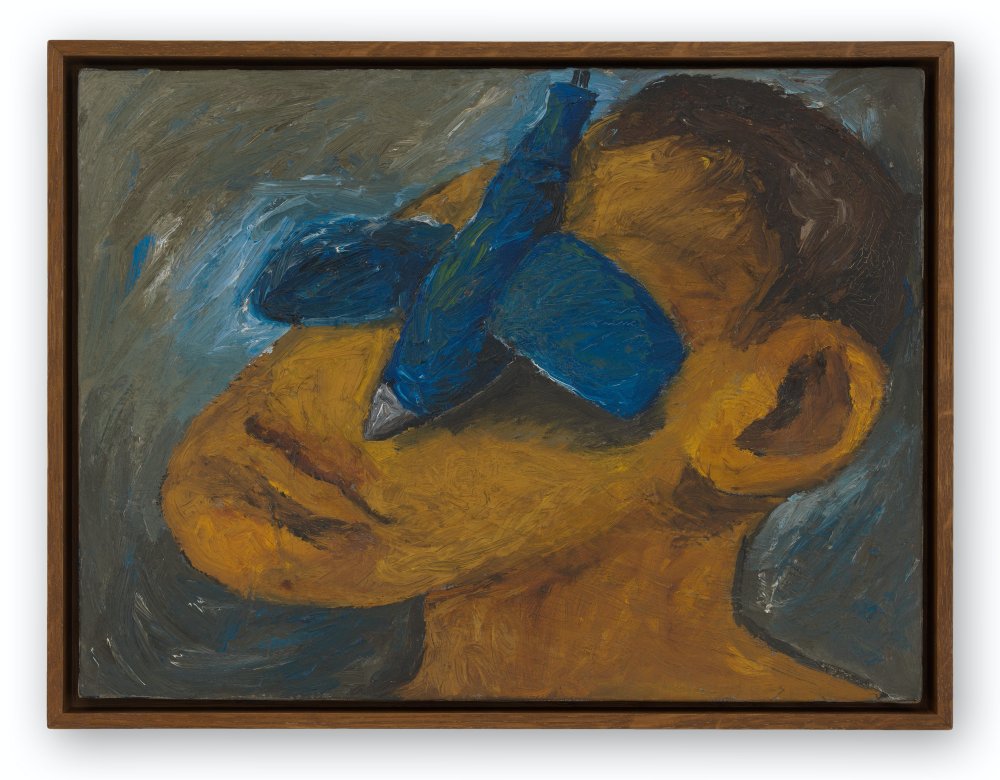 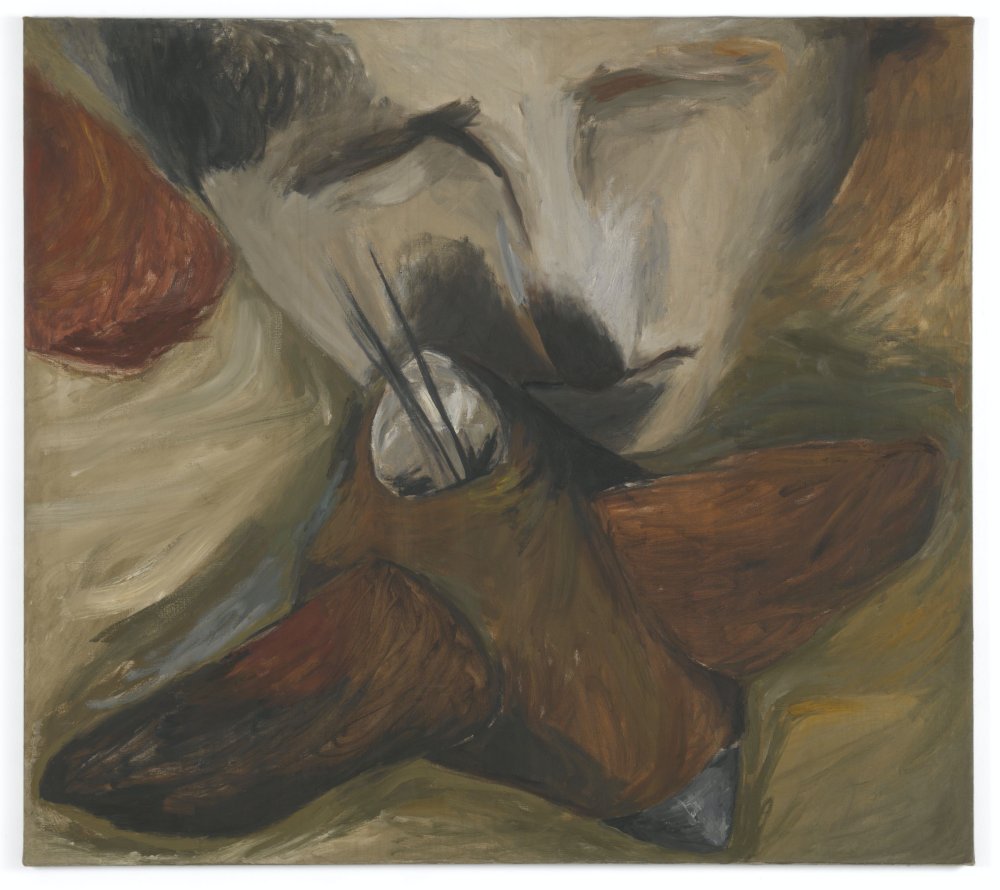 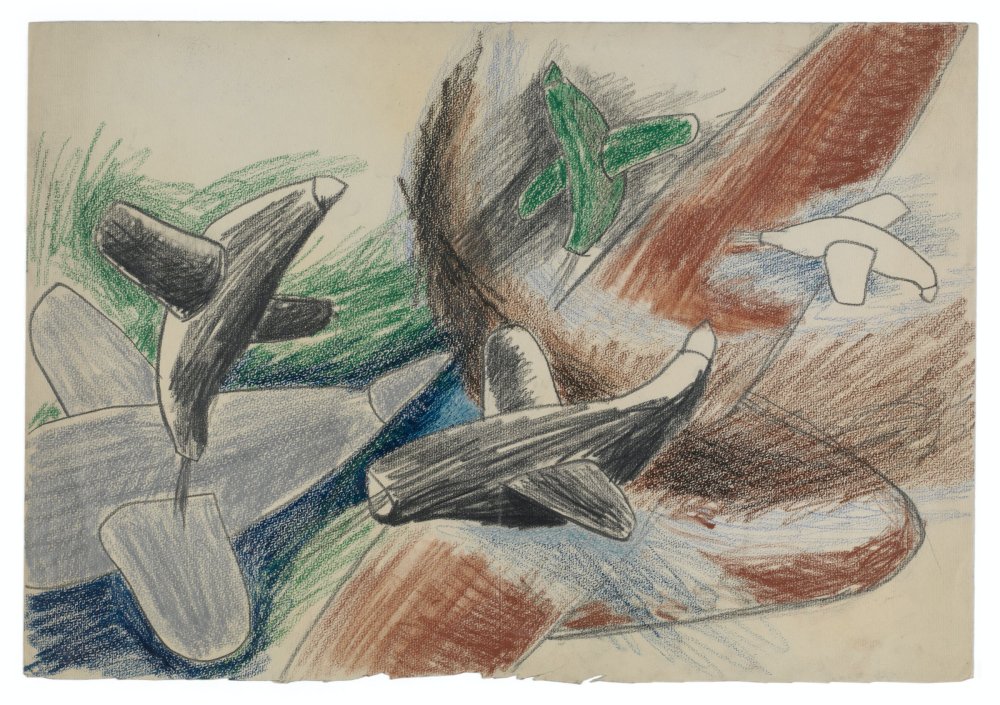 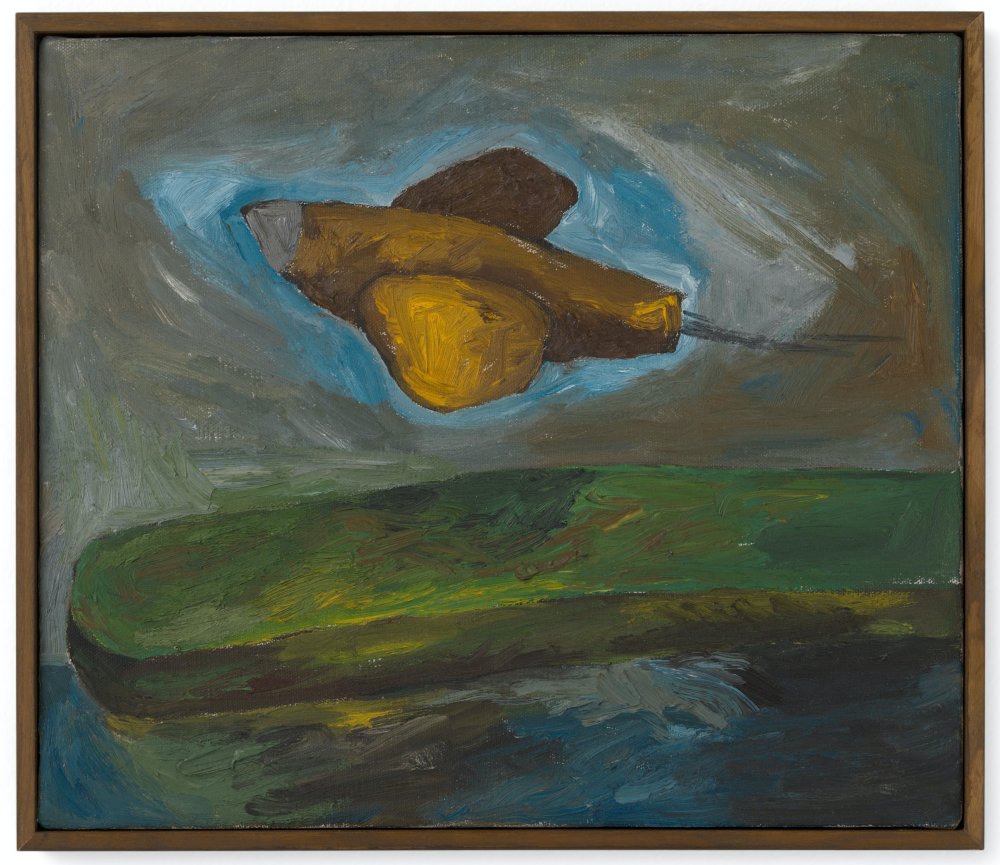 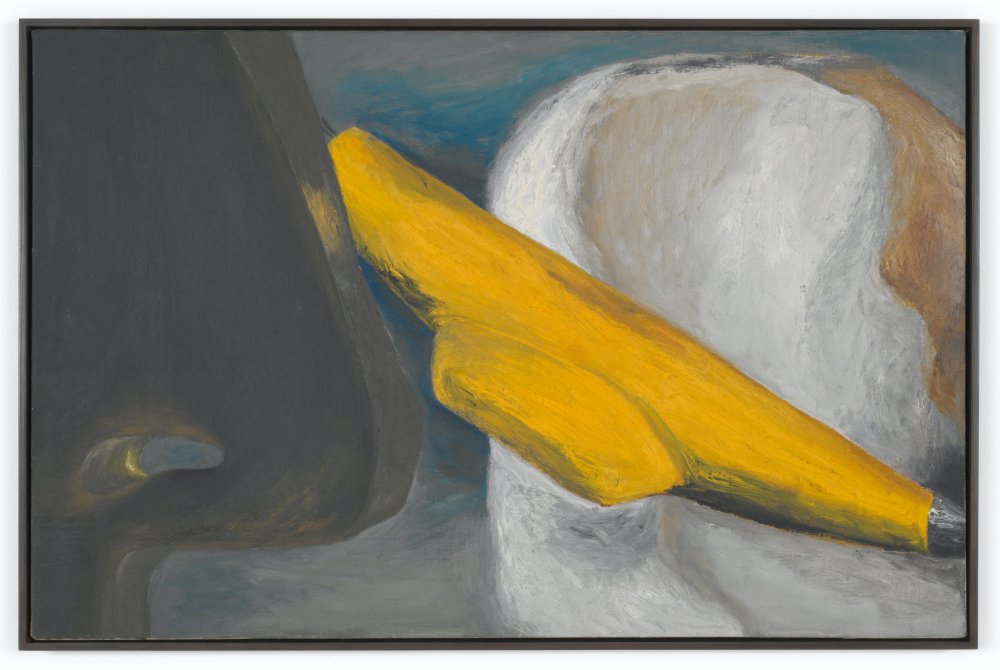 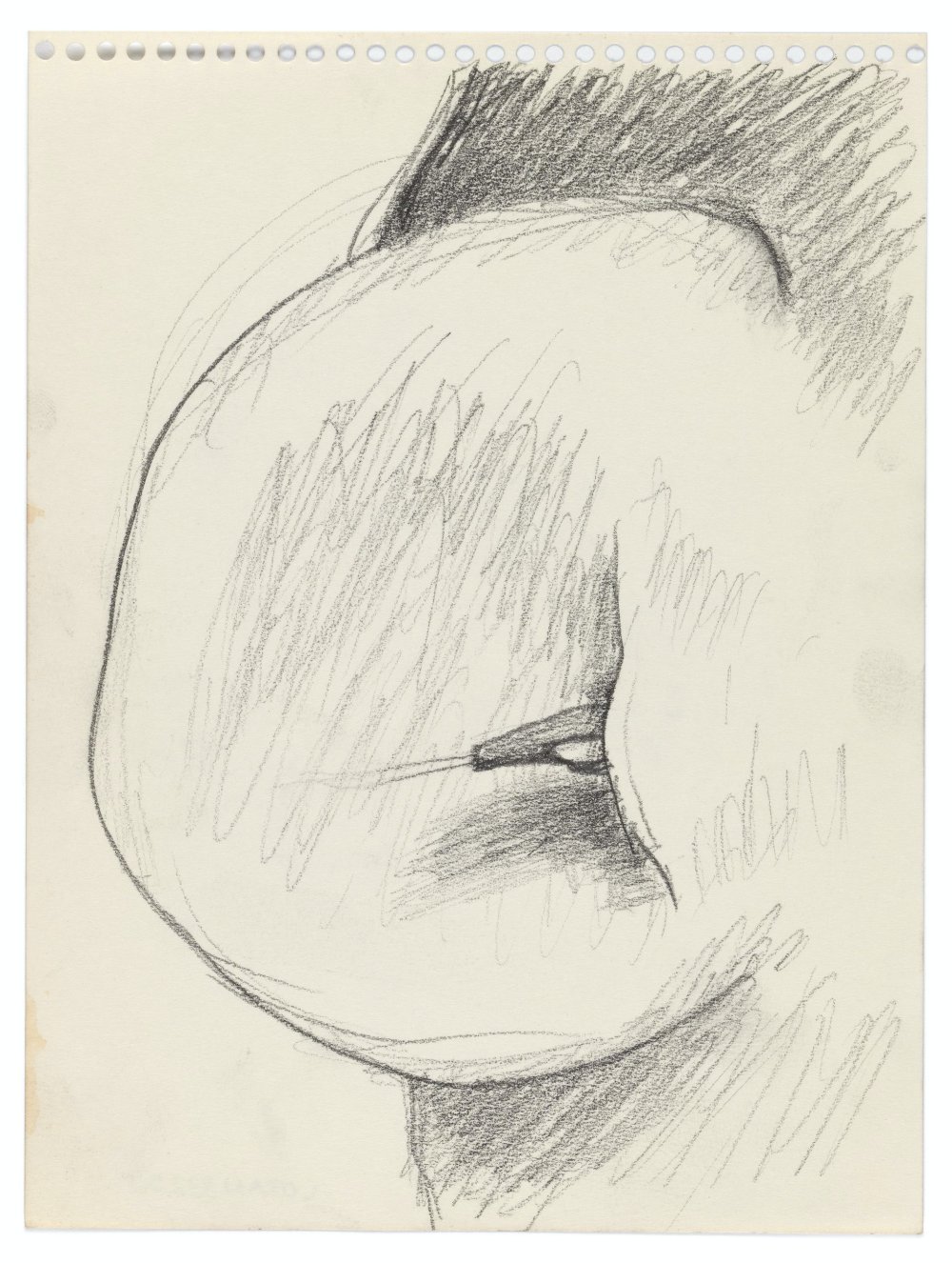 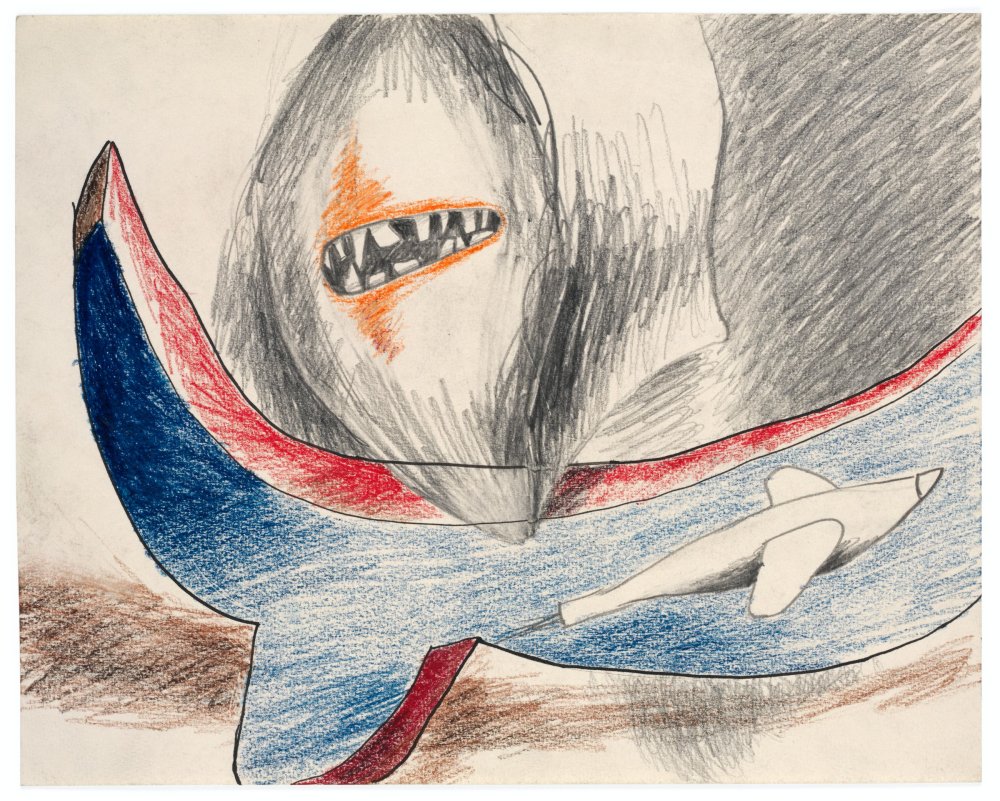 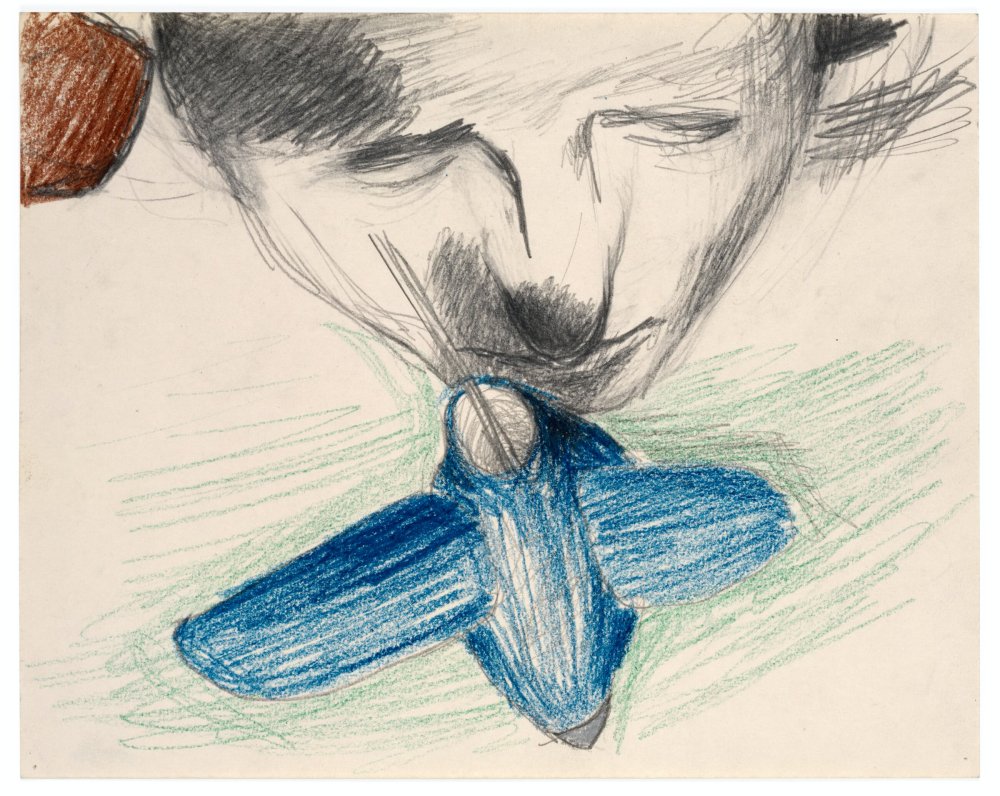 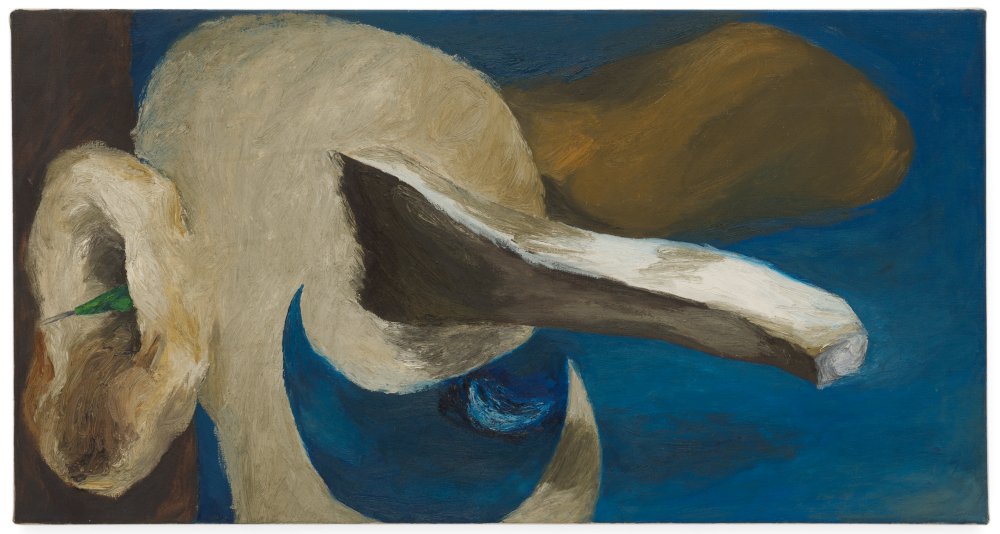 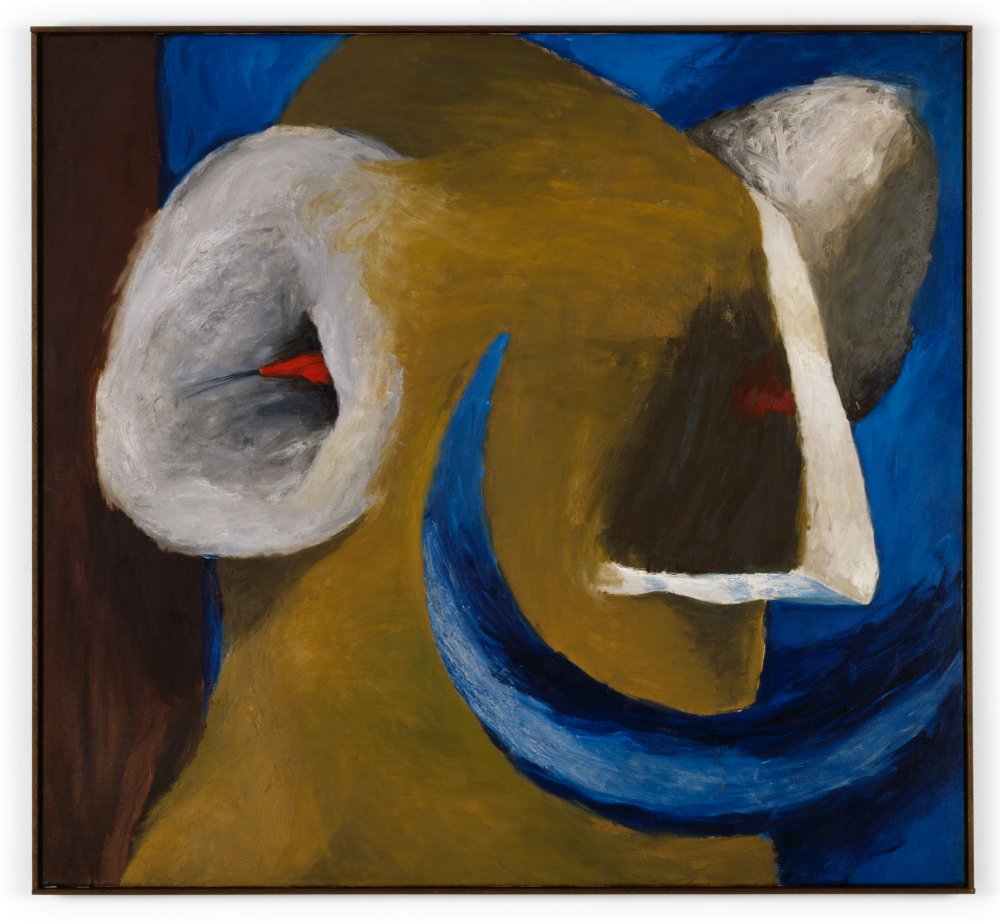 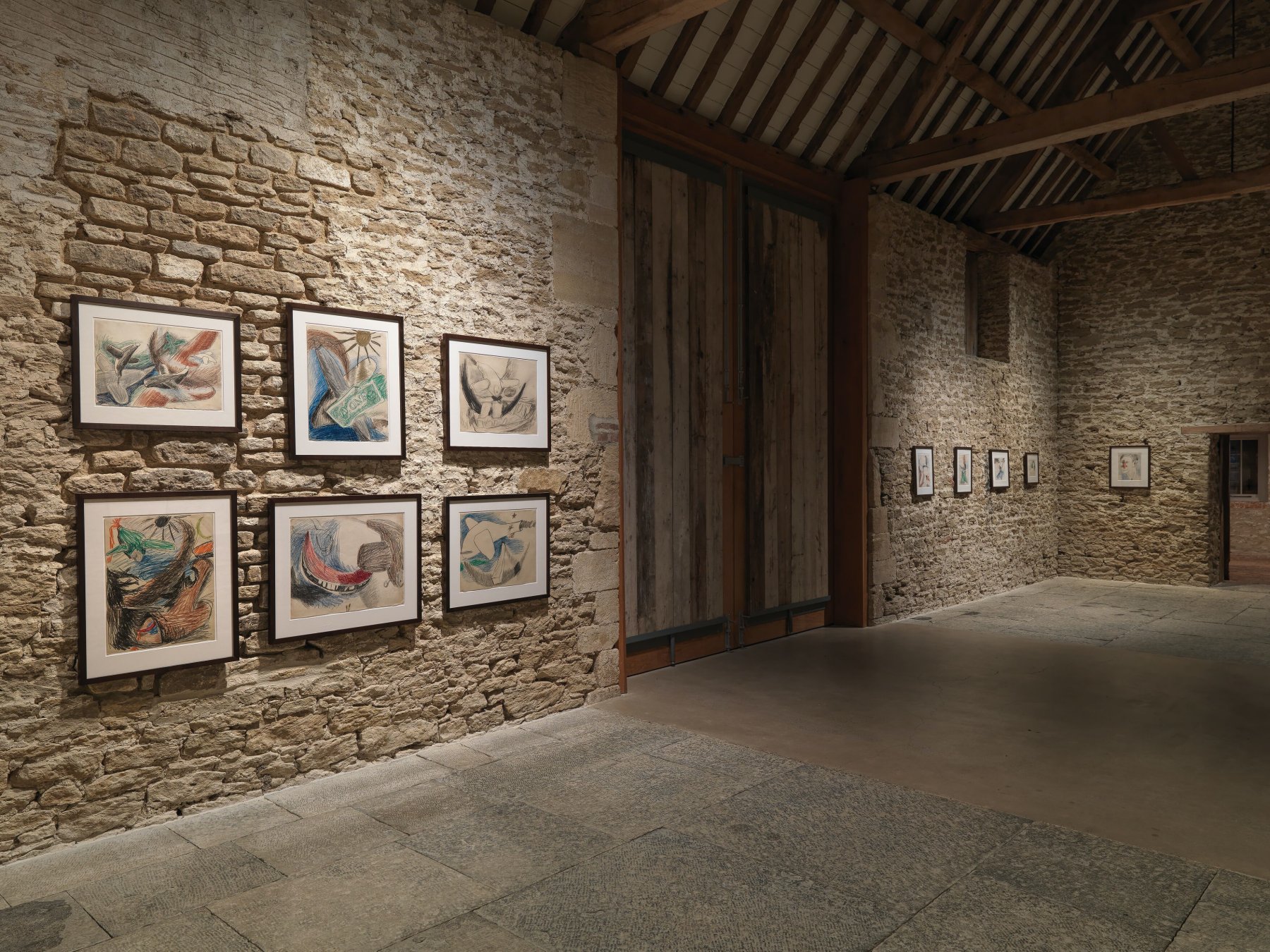 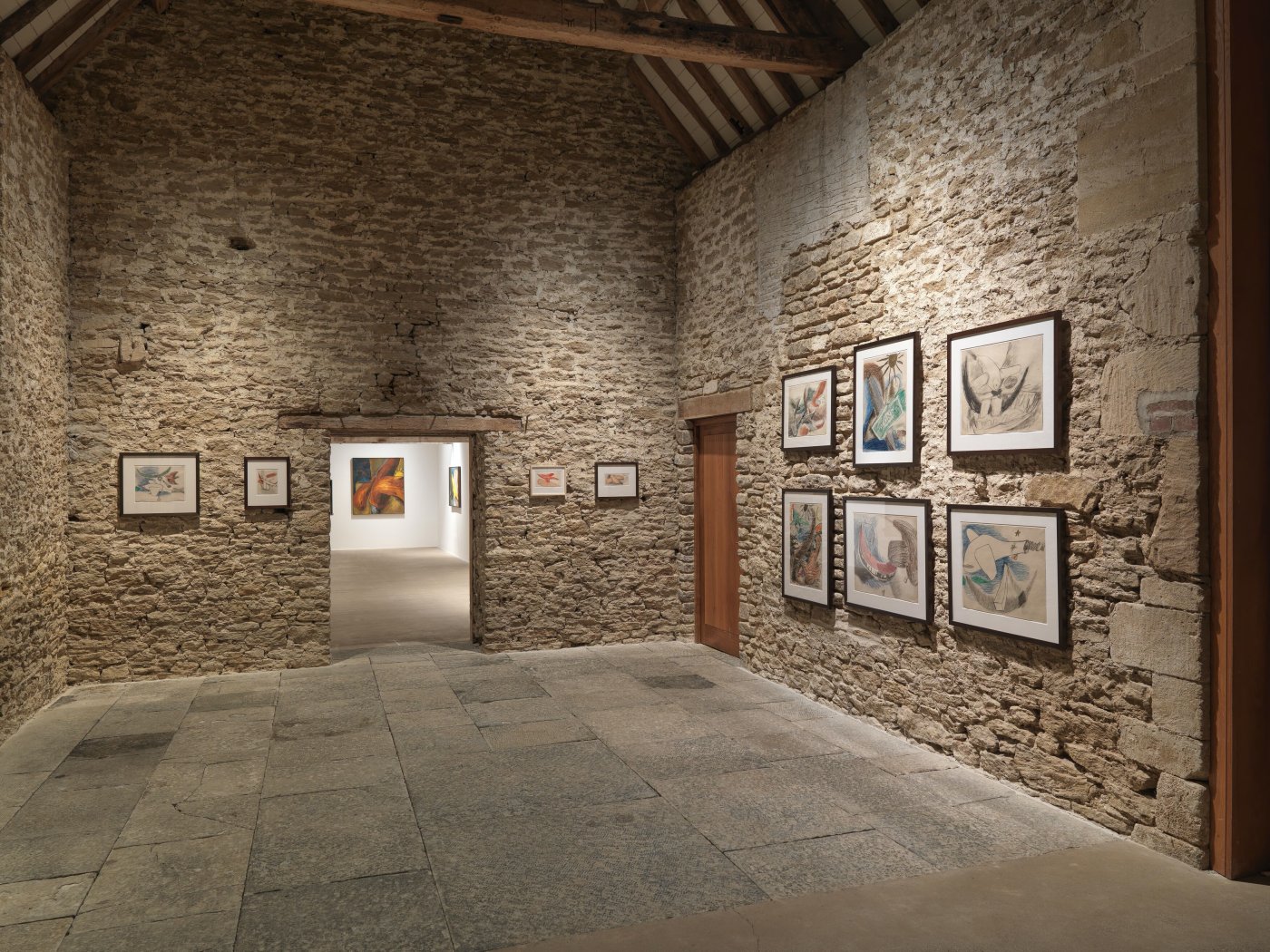 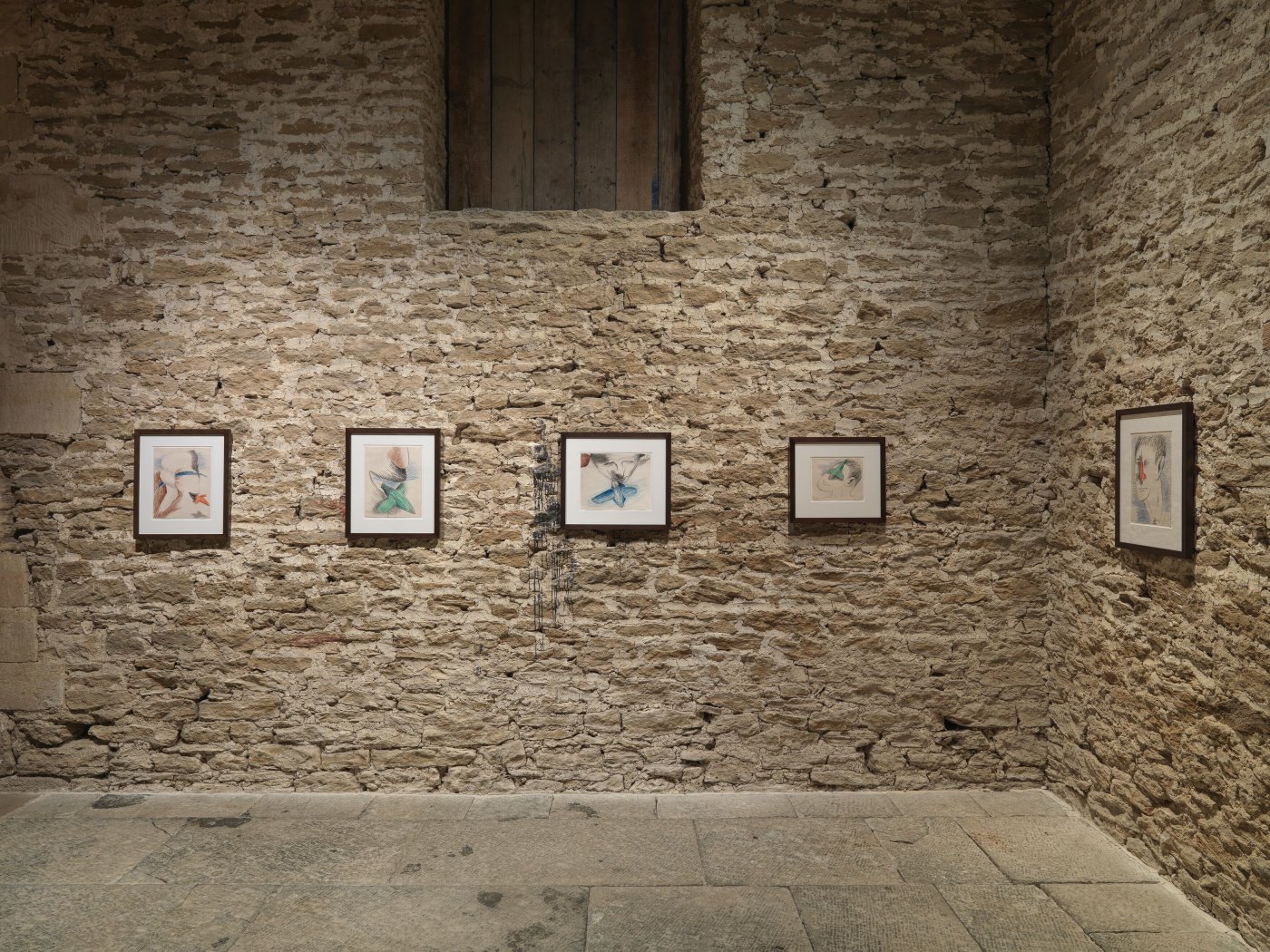 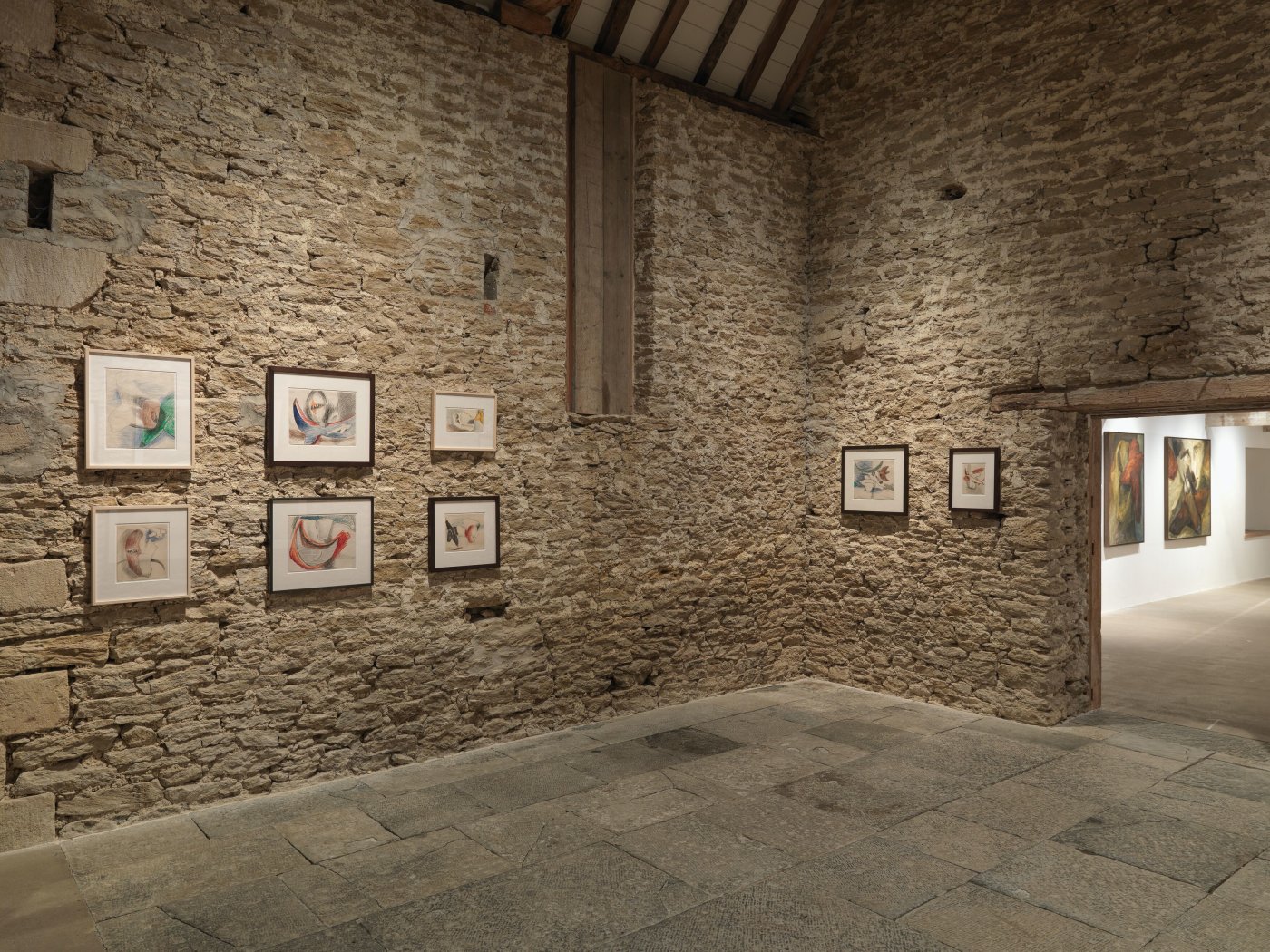 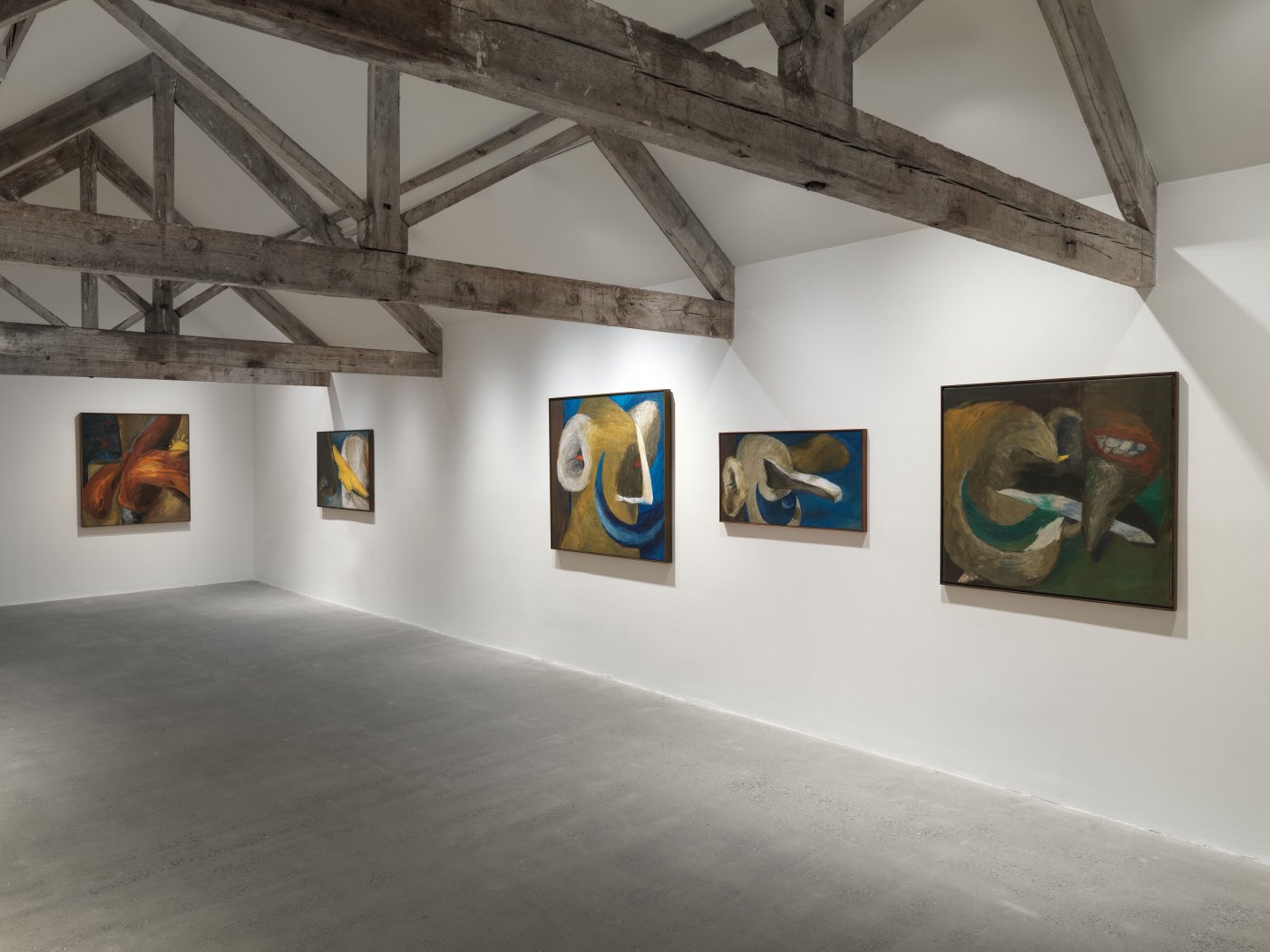 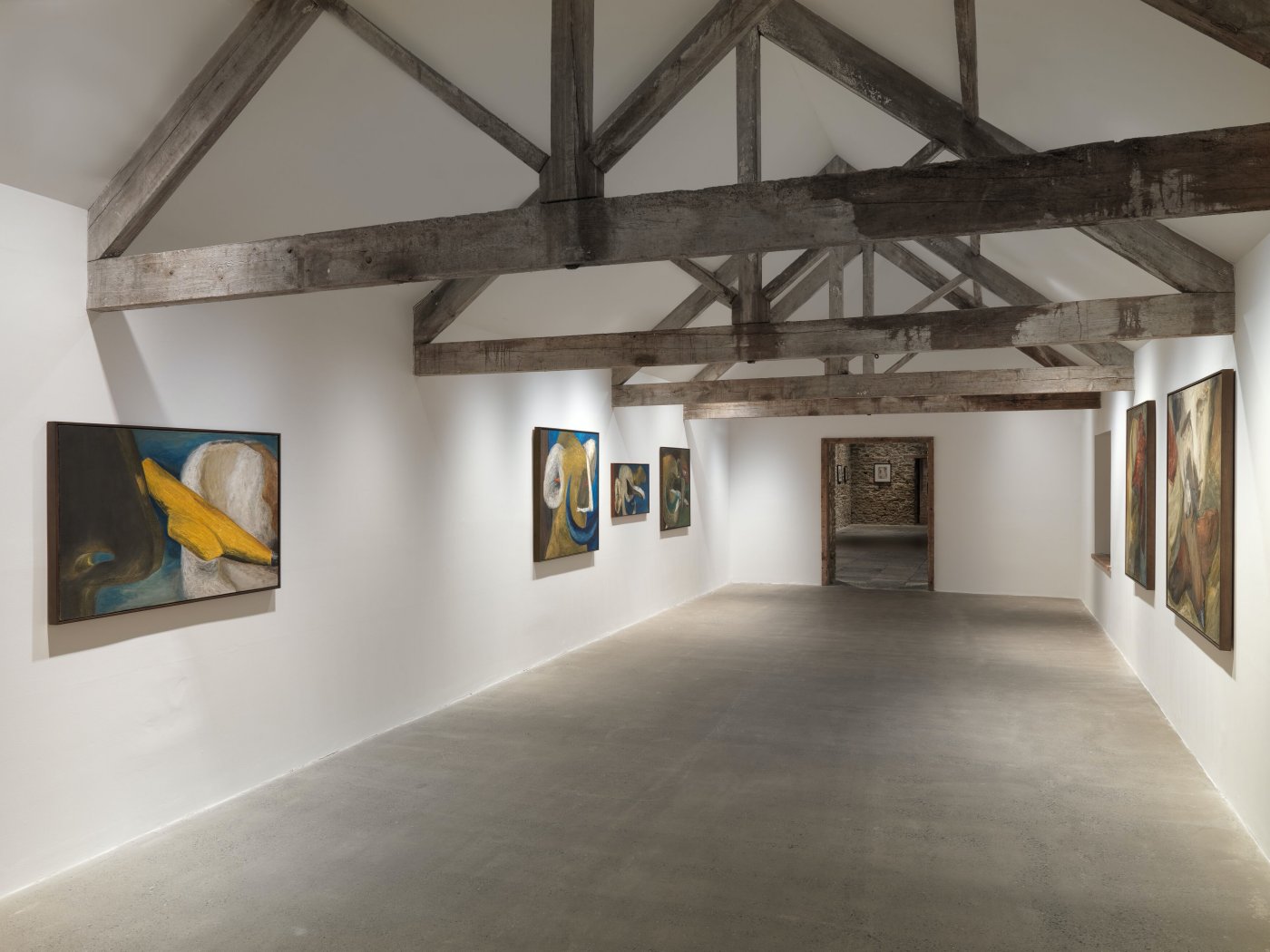 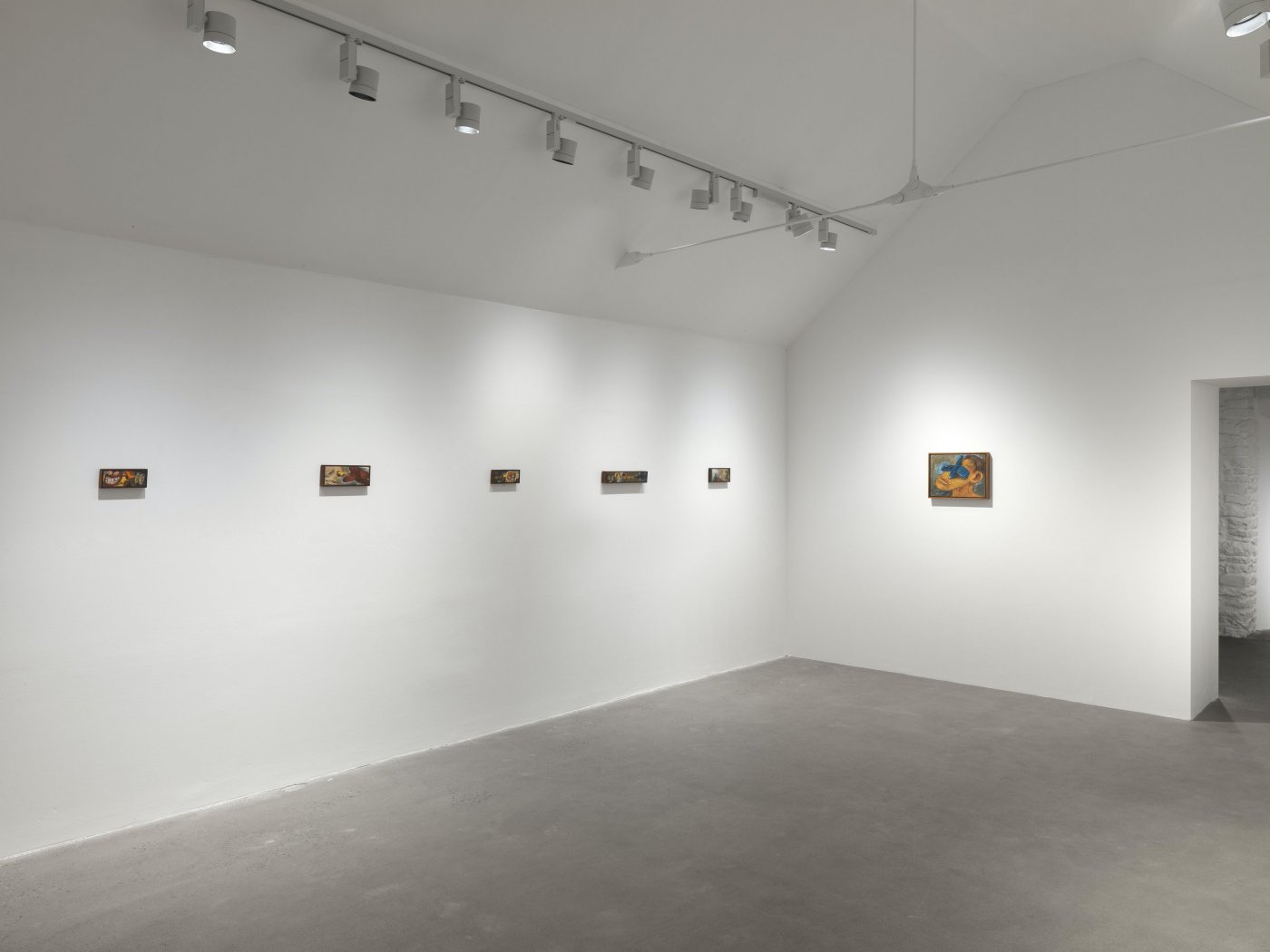 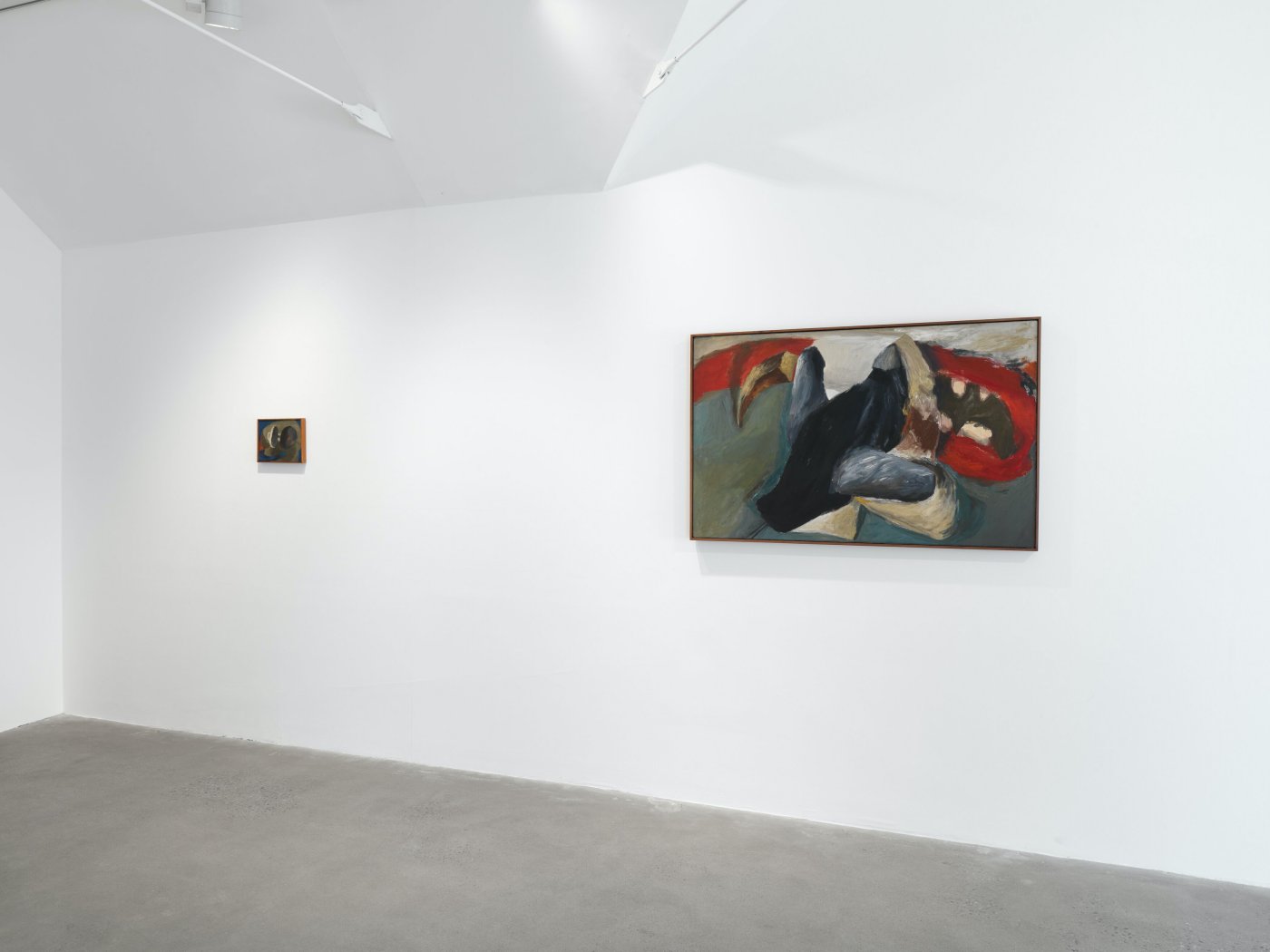 Lee Lozano (1930–1999) was a key figure and pioneer within the New York art scene of the 1960s and early 1970s. A shrewd observer of urban culture, Lozano created work in response to the constraints of constitutional systems, disrupting dynamics of gender, power, money and politics. Created in 1962–1963, the early paintings and drawings on view at Hauser & Wirth Somerset use airplanes as a central image and can be considered as examples of the artist’s passionate exploration of creative energy in its purist form. Iris Müller-Westermann writes about the series as ‘Metaphors for a kind of thought energy – for ideas circulating, being heard and taken in, processed, produced, and sent out again. One could regard these airplane pictures as investigations of the raw material necessary for every sort of creative activity. After all, everything starts with an idea, including art.’ Lozano’s works from the early 1960s are stylistically distinct, admired for their furious physicality, unapologetic confidence and urgent energy. They exploit the boundaries between body and machine, eroticism and aggression, to powerful effect.

This focused body of early work exposes a complex and deeply intimate inner life grappling with one-sided gender and societal dichotomies, while other works display a form of ferocious humour and playfulness, exploiting the rhetoric of exaggeration to its most cogent effect. Her raw expressionist brush strokes create powerful works imbued with a very personal iconography, including genitals, religious symbols, tools, body parts, and airplanes. As Iris Müller-Westermann continues, ‘Airplanes began whizzing around in Lozano’s surrealist imagery. They fly into ears and out of mouths, circuit heads, or hover over an erect penis as if above a launching pad.’ Airplanes were masculine intruders into a realm of feminine ambiguity, allowing Lozano to ruthlessly explore the sexual subtext of human interaction, male domination, socially acceptable rituals and scripted gender roles.

The paintings appear effortlessly provocative, reinforced by an earthy palette – cocoa browns, steel greys, ashen smudged blacks offset with rusty ochre and burnt orange – juxtaposed to bright blues, reds and yellows. The furious brush strokes are built up, fluid and densely packed with information, suggesting an immediacy and surge of human emotion that would continue to dominate Lozano’s thinking in later works. Eric Lawing states ‘Her ability to develop a highly personal painterly style within a social narrative format at a time when most artists were searching for an alternative to expressionism stands as a major accomplishment of 20th century American Art.’ A manifestation of her identity and vision as an artist, these fast-paced drawings and oil paintings are charged with an unbridled and swirling energy – embodied by the anthropomorphic airplanes – also revealing Lozano’s extraordinary technical skills as a painter. Although these works differ stylistically from the subsequent paintings, the series serves as an early representation of Lozano’s unique voice as it began to manifest and transform itself, crystallizing her very own pictorial language into a conceptually consistent trajectory over the course of the 1960s.

About the artist
Lee Lozano is one of the most innovative artists to have worked in America during the 1960s. Throughout her entire oeuvre, which spans a little more than a decade, she produced ground-breaking work in a progression of styles, from the figurative and cartoonish pop-expressionism of her early paintings and drawings, through serial minimalism, to language-based conceptual pieces. Upon settling in downtown New York, Lozano quickly entered into circles of like-minded artists and actively contributed to the developing art scene at the time, establishing close relationships with Dan Graham, Carl Andre and Sol LeWitt, among others. She began showing her work at influential New York institutions such as Richard Bellamy’s Green Gallery, the Bianchini Gallery and the Whitney Museum of American Art, and, in 1969 at the Gallery Ricke in Cologne, Germany.

In February 1969 she commenced her ‘General Strike Piece’, in which she withdrew from the New York art world ‘to pursue investigations of total personal and public revolution’. This was followed by one further act of withdrawal, the decision to boycott all relations with other women. What began as a short-term experiment to improve communication with women resulted in a rejection of all members of her own gender – and, by the same token, of early forms of feminism – that lasted for the remainder of her life. However, the uncompromising and vigorous richness of Lozano’s creative output has had a profound impact on many contemporary artists that have followed, firmly placing her as a cult figure within the historical canon of American Art. She eventually settled in Dallas, Texas where she lived until her death in 1999. Her short lived but influential career remains a source of fascination, lauded by Lucy Lippard as the foremost female conceptual artist of her era in New York.