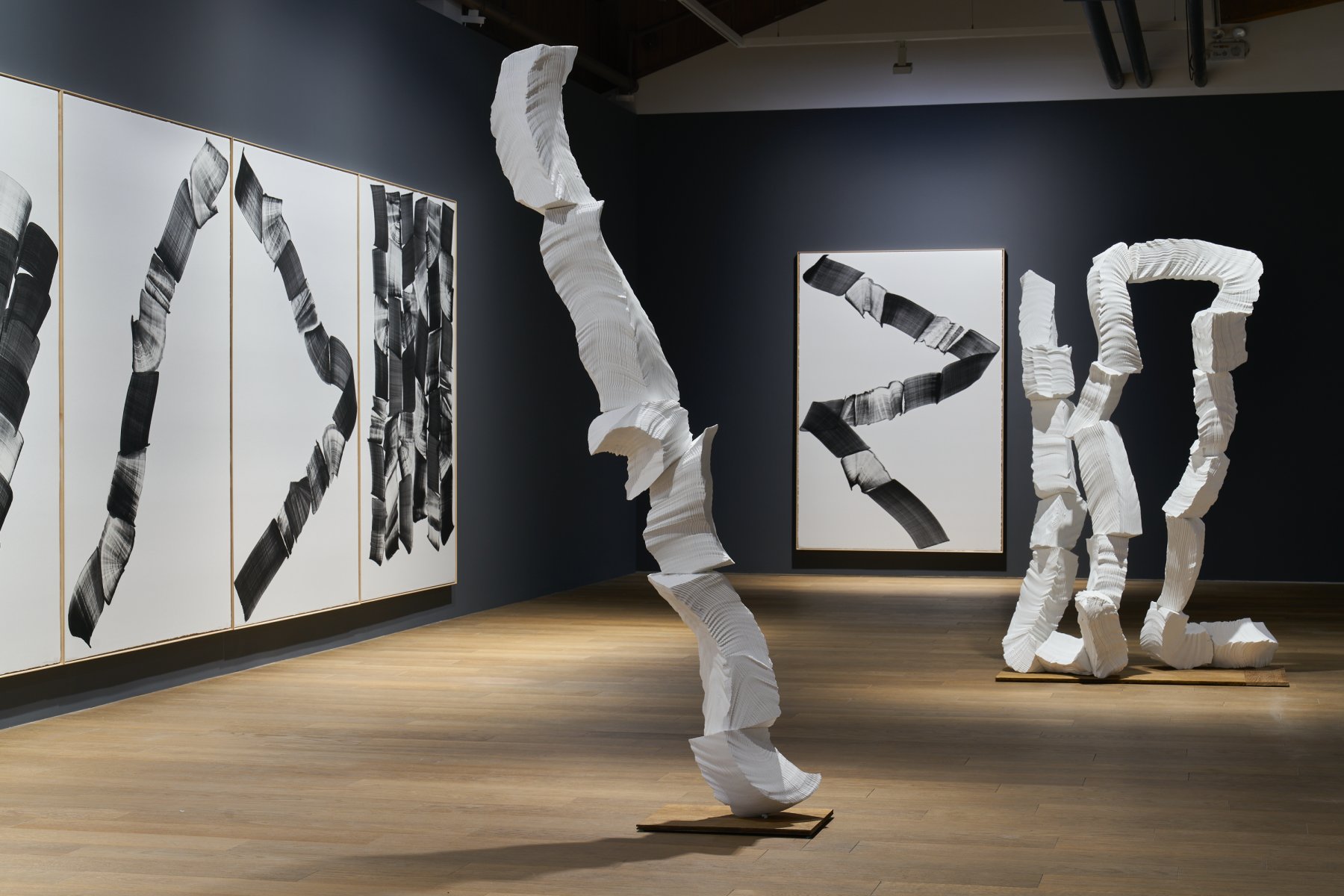 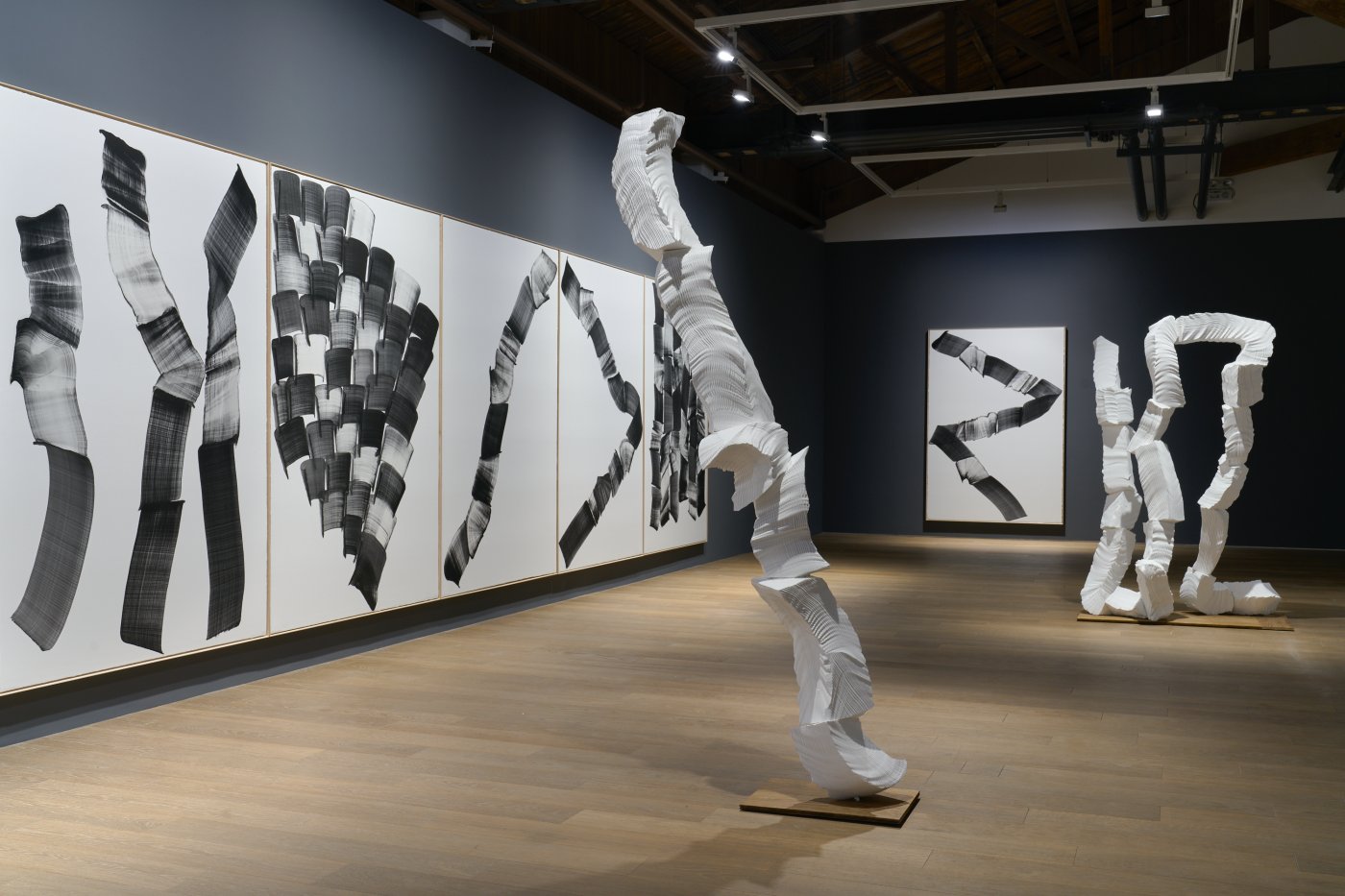 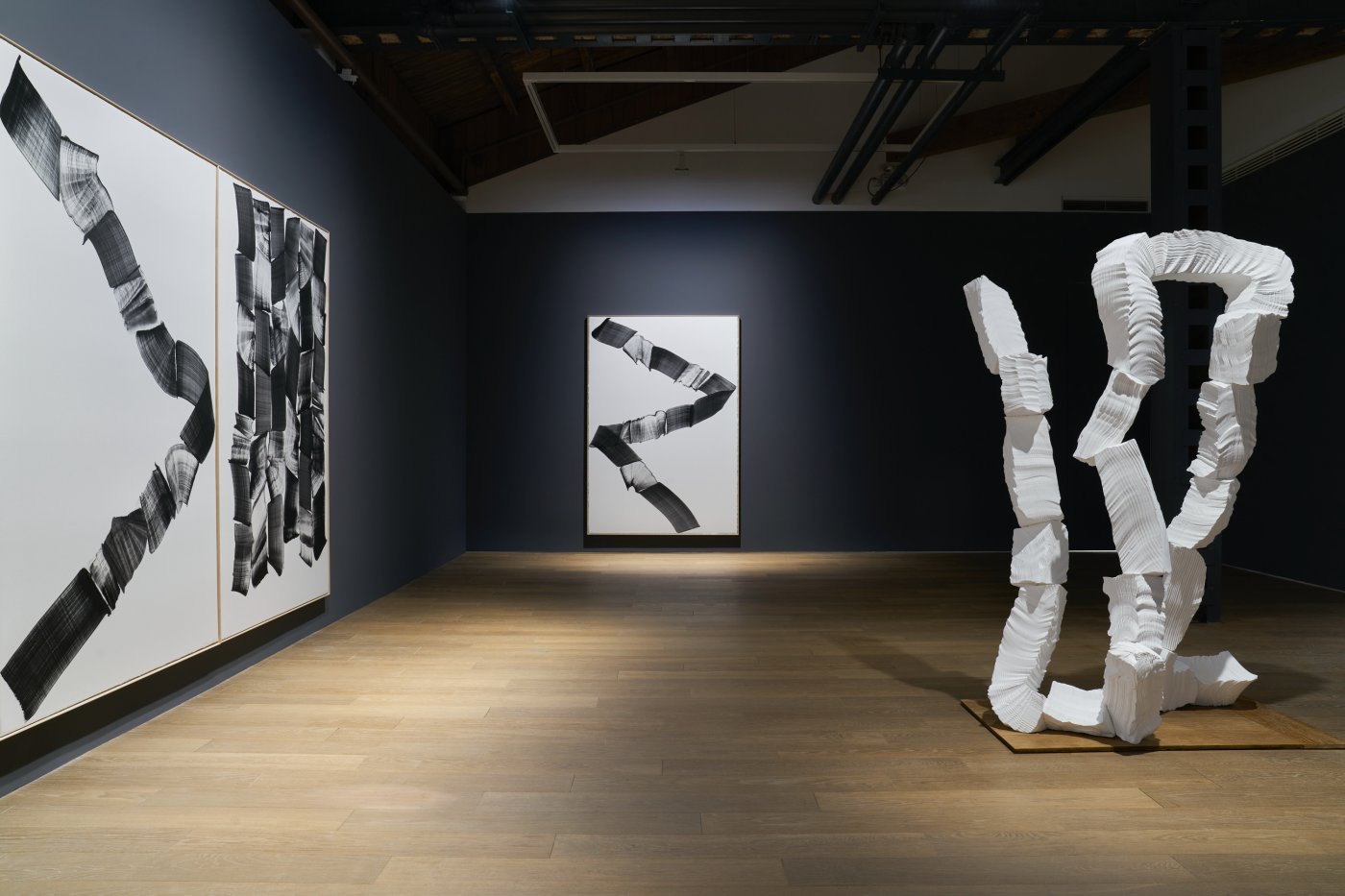 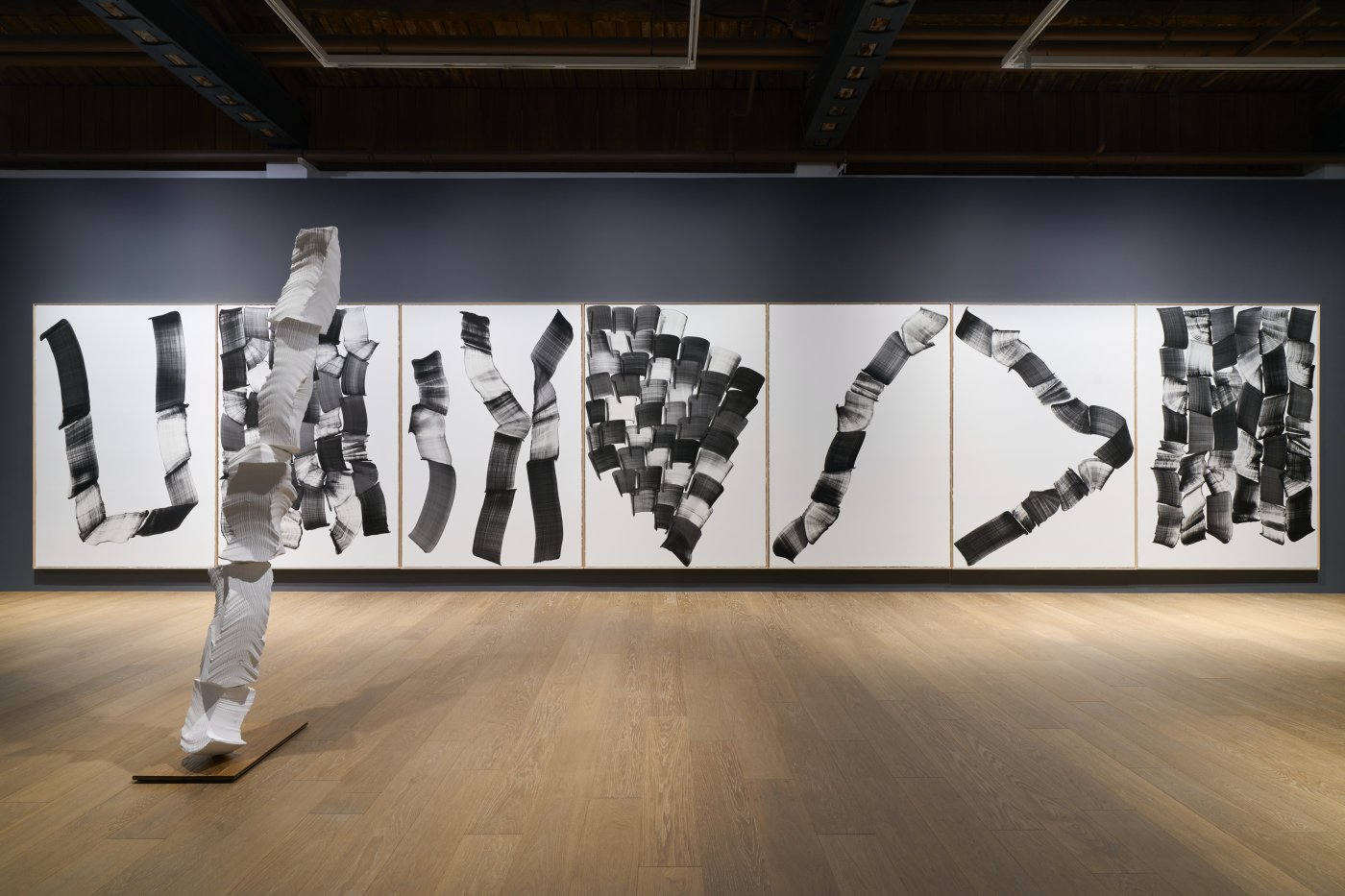 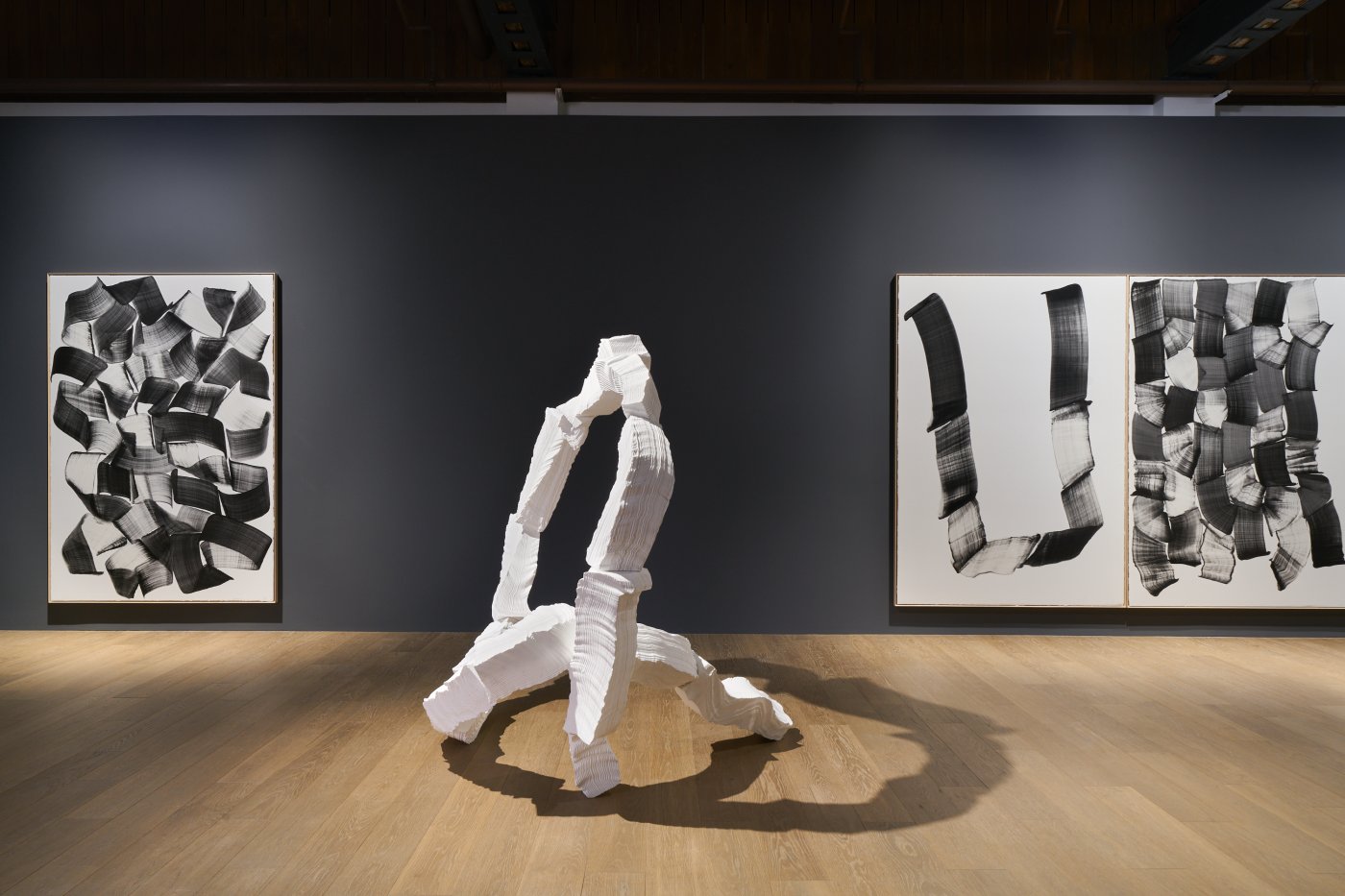 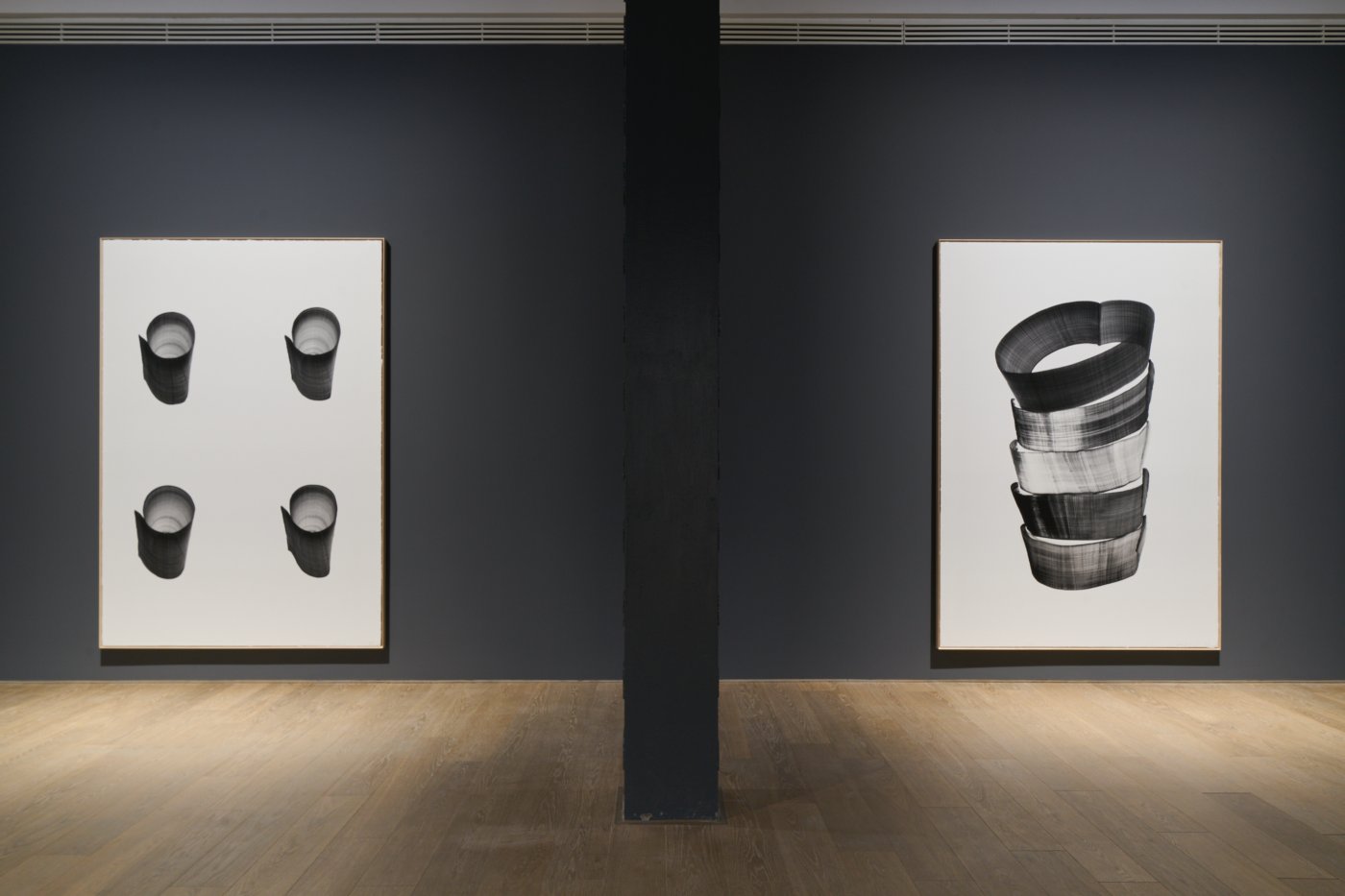 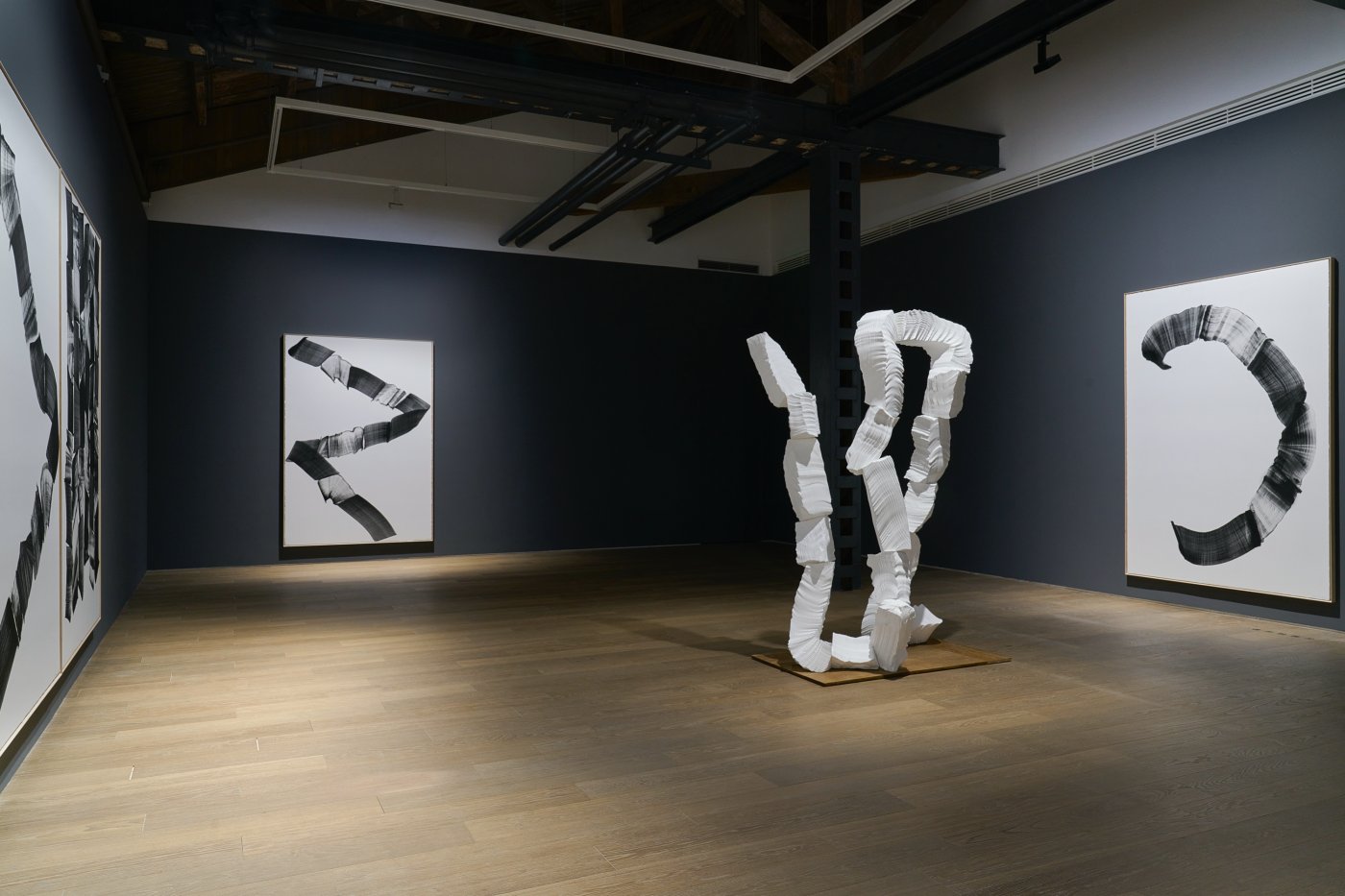 The friendship between Lee Bae and I began thirty years ago. I feel sincerely happy for him that his works are going to be shown at Perrotin Shanghai and meet the Chinese audience. This occasion marks his second solo exhibition in mainland China, which was preceded by the artist’s eponymous exhibition “Lee Bae” (2009) at the Today Art Museum in Beijing.

Lee Bae (born in 1956) is two years younger than me. He moved to Paris in 1990, a year later than I did. For most foreign artists who arrived in Paris then, life was difficult in the beginning. Without enough budget to buy paint, Lee Bae came upon a sack of barbecue charcoal and did some experiments by painting with charcoal on paper. Little did he know that this undertaking would prompt him to turn to charcoal drawing as his main medium and initiate a variety of artistic adventures.

Charcoal has unique meanings in Korean tradition. It is believed that charcoal can dehumidify houses and ward off evil forces. When the first full moon of the lunar calendar rises, people would perform the ritual of “burning the moon house” ( 달집태우기 ), setting ablaze a sacred moon structure built up of pine branches. The charcoal carbonized by the burning of pine wood is considered a purifying substance with spiritual implications.

Relatively inexpensive, the medium of charcoal made it possible for Lee Bae to explore various aspects of its materiality. He no longer felt displaced or uprooted when painting with charcoal. In his artistic practice, he found a way to connect with his cultural root. In this world of black and white, certain themes of Lee Bae’s past re-emerged, including charcoal ink, calligraphy, and his own childhood.

Over the last three decades, Lee Bae’s practice centers on the same question: What can be expressed by the specific medium of charcoal? What does charcoal want to express? Lee mobilizes a way of thinking rooted in the culture of the East. More specifically, he places himself on equal terms with the tools and materials he uses; he listens to them, rather than manipulating them. In Issu du Feu, for instance, he attaches charcoal shards to the canvas in a way much similar to the arrangement of mosaics. Then he grinds and polishes them into an even surface. The black wooden texture of charcoal creates a shiny, multi-layered sheen. For another piece, he places a number of bounded, carbonized pine tree trunks in an exhibition hall. Thoroughly charred, the light-absorbing surface of these tree trunks contrasts with the white walls of the exhibition space. Also included in his previous exhibition is the film footage that documents the process of “burning the moon house”, which invites the audience to come to terms with the sacrificial ritual that produces charcoal, as well as the sacredness of this material in traditional culture. For Landscape, a group of monochrome paintings that take on forms resembling minimalist works, Lee creates an elusive glow at the convergence between the black and white areas, which may remind one of the visual effect of solar prominence. In a series of acrylic medium and charcoal ink paintings named Untitled, he applies a dozen layers of acrylic medium to the canvas. The charcoal brushstrokes look as if they could penetrate to the back of the canvas, appearing both tender and mysterious.

Lee Bae started a new series titled Brushstroke around 2020. This time, the artist turns to a greater challenge: he soaks a broad brush in diluted charcoal ink and applies the ink to paper. The most obvious feature of this series is the fact that, once Lee starts, he can hardly hesitate or change the movement of his brush. On this score, Lee moves into a realm that beholds the essence of East Asian ink wash painting and calligraphy. In this realm, how an artist sets the brush to paper and how he wields the brush are of paramount importance. Brushwork and the shades of ink set the tone for the whole piece. When moving the brush on paper, an artist exerts control to the utmost degree, whereby he forgets control itself.

To listen to the voice of charcoal, Lee seeks to activate the memory deeply embedded in his body, by which he guides the movement of his hand. Each stroke is an unfolding of psychological time. As a result, his brushwork can be seen as the self-initiated performance of the medium itself, as well as the crystallization of the artist’s thoughts accumulated over a long period of time. Traces of chance and contingency are also present in Lee’s brushstrokes, manifested by tremors of the artist’s hand, as well as by twists and pauses of the lines. Lee’s broad brushstrokes seem to have a life of their own, a liberated, spirited, and vigorous life that exists in itself and for itself.

Several fascinating, even playful, aspects are integral to Lee Bae’s practice. His brushwork not only unfolds on a flat, two-dimensional surface, they also conjure a three-dimensional space through twists and swerves. Quite surprisingly, I once found that reflections of light can be glimpsed at the place where his broad strokes make a turn.

Therefore, Lee Bae’s Brushstroke series should be understood on three registers, namely the two-dimensional plane, the three-dimensional space, and the fourth dimension of time.

This exhibition at Perrotin Shanghai features works of the Brushstroke series, especially pieces that demonstrate Lee’s short lines. In these works, one can see long, wrinkled lines, broken lines, and arrangements of short lines. Lee created some of these short lines by applying charcoal powder made from willow, pine, grapevine, and oak, which point to psychological changes inherent in the artist’s movement of brush and the artist’s experiment with the rhythm of the pictorial space. In Lee’s works, if a long line can be compared to a deep breath, then short lines are juxtapositions of multiple breaths and thoughts.

The three sculptures included in this exhibition are part of Lee Bae’s latest works. They show the artist’s interest in exploring the three-dimensional aspect of his two-dimensional Brushstroke series. Looking forward, these sculptures may signal a future direction of Lee’s artistic practice.