Jack Bell Gallery presents an exhibition of new paintings by Lavar Munroe. This is the artist’s eighth solo show with the gallery. 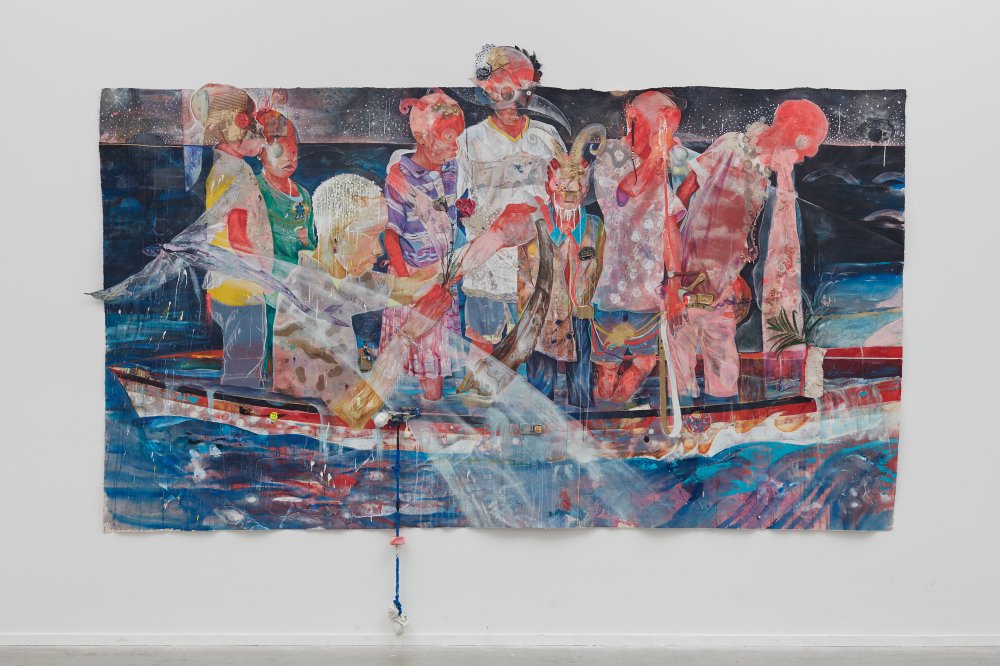 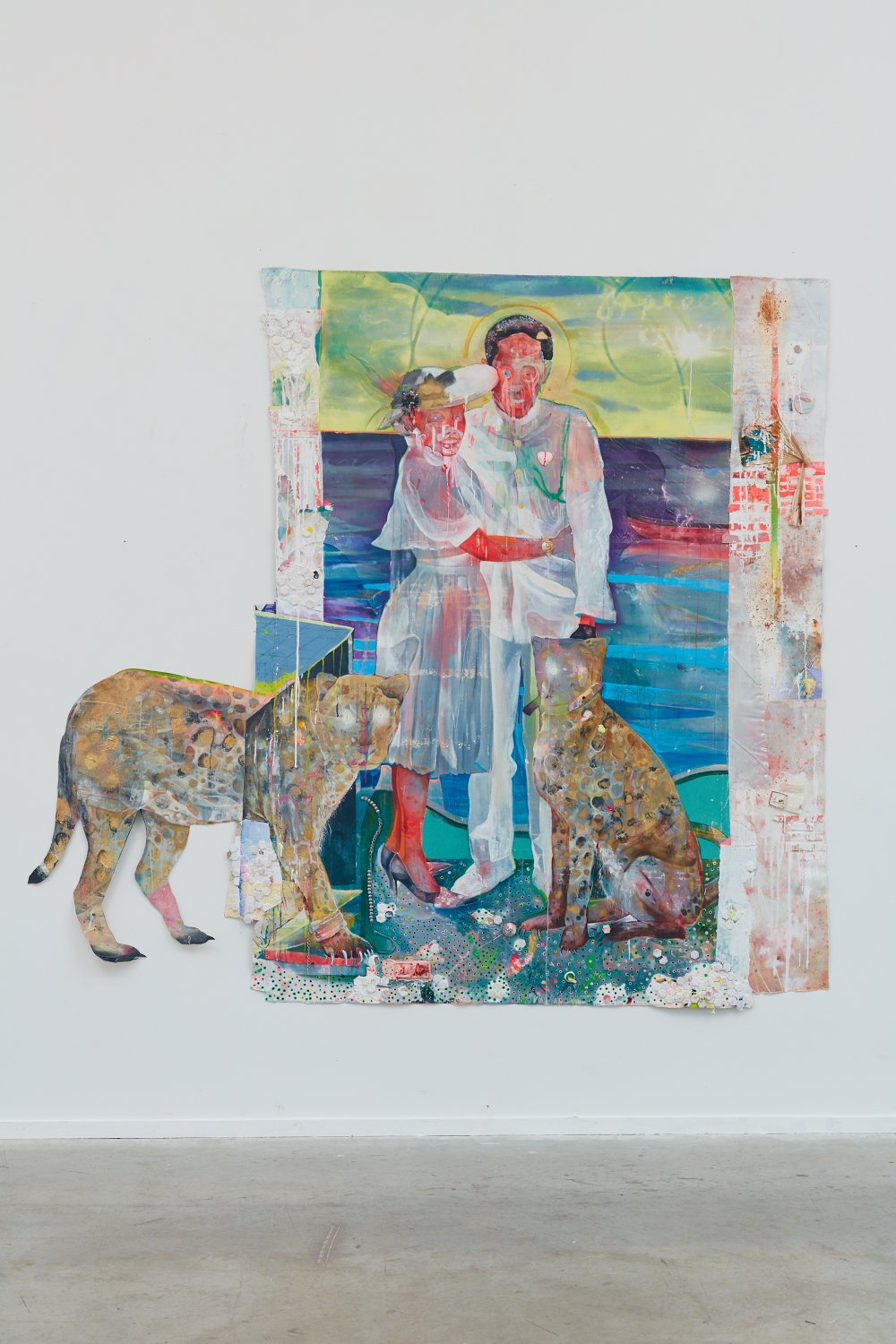 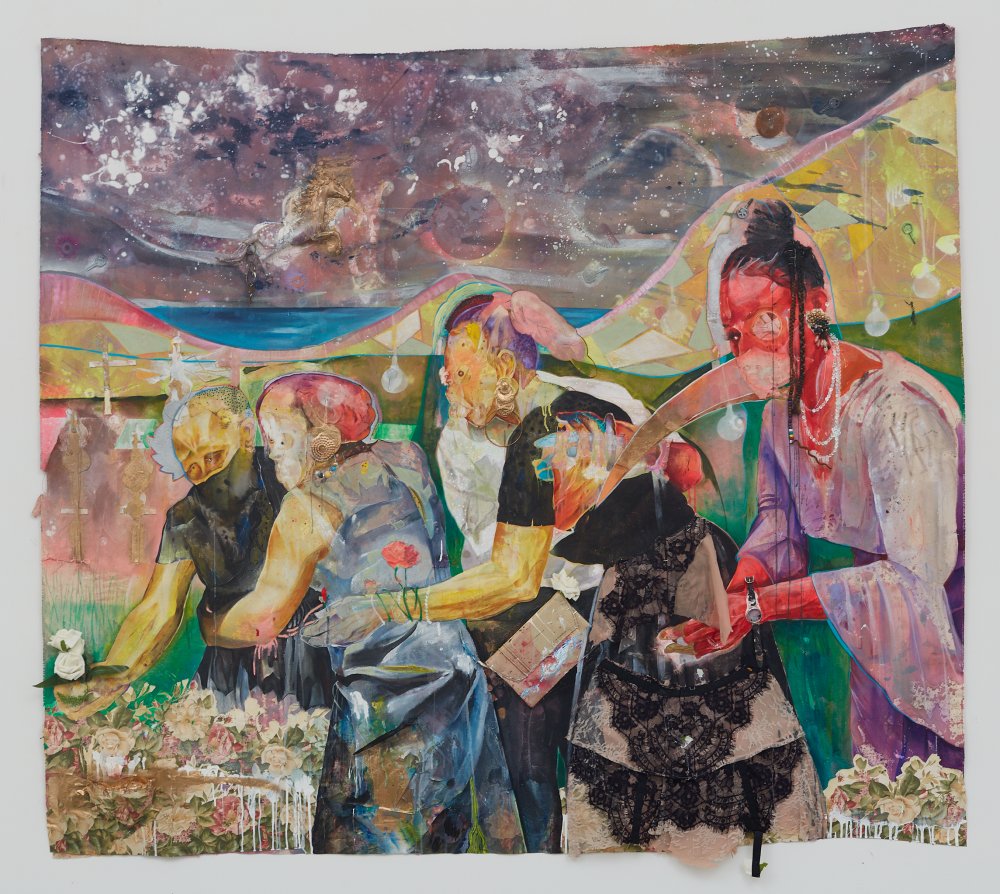 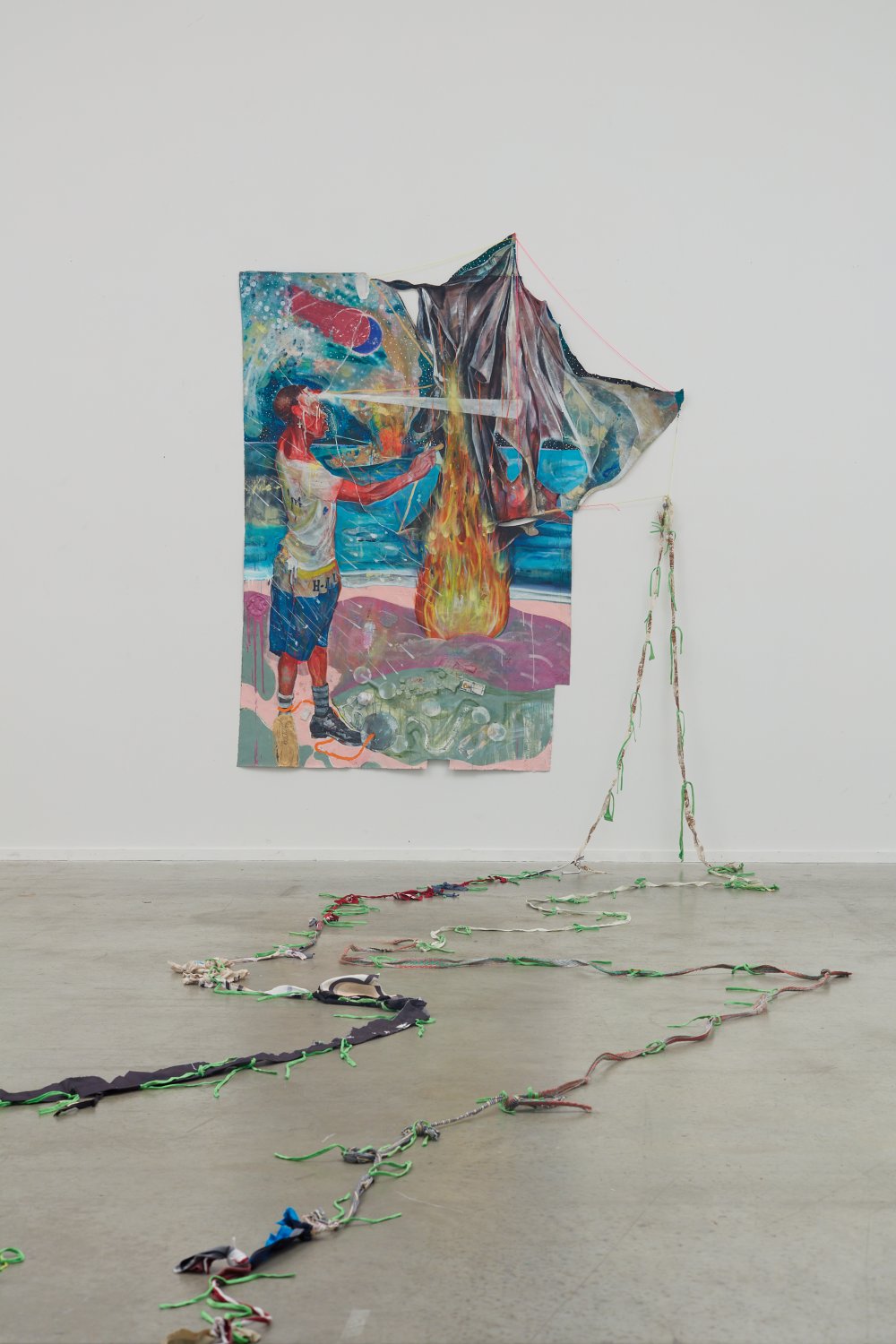 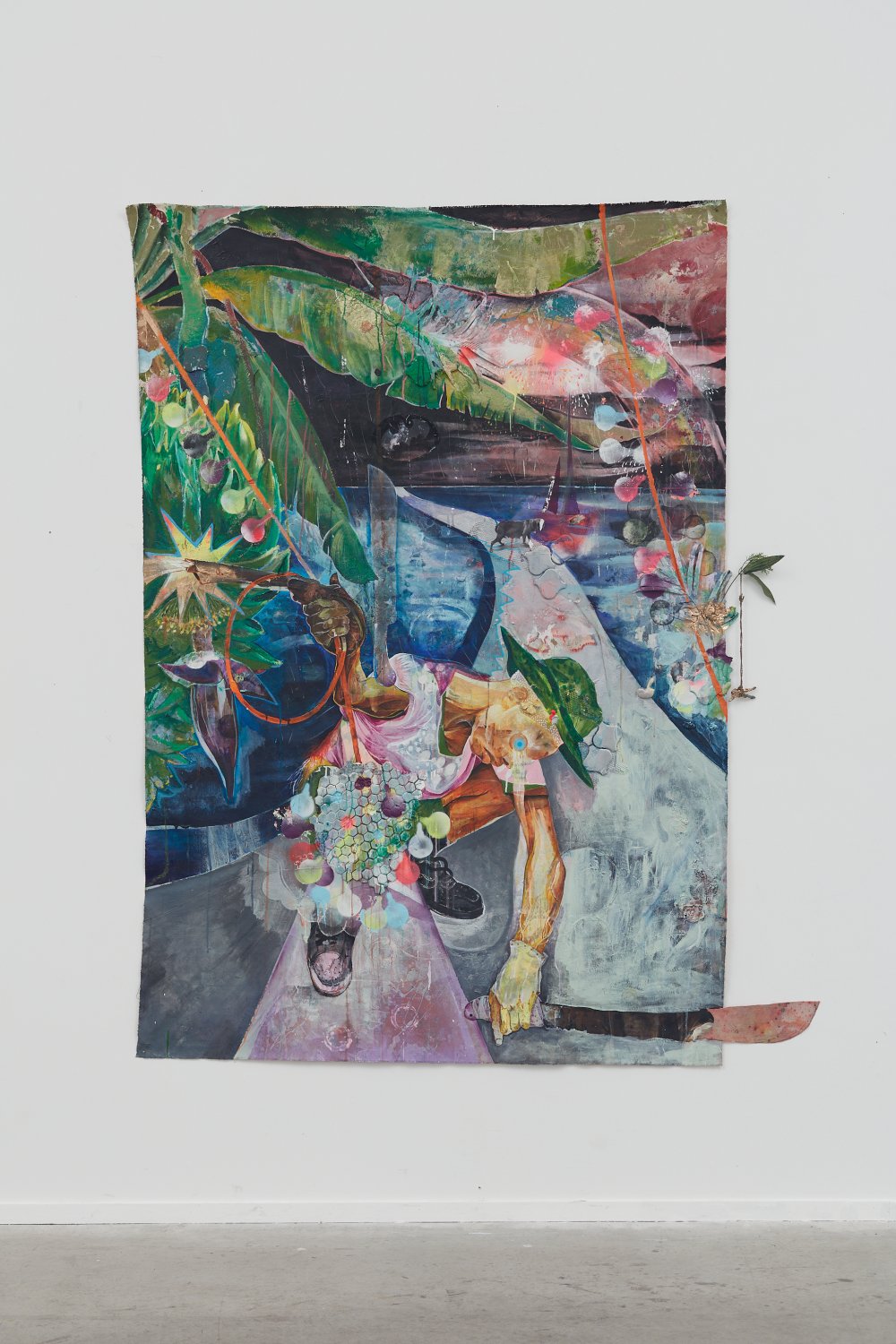 Lavar Munroe
The Night Before Christmas Startled the New Year, 2021 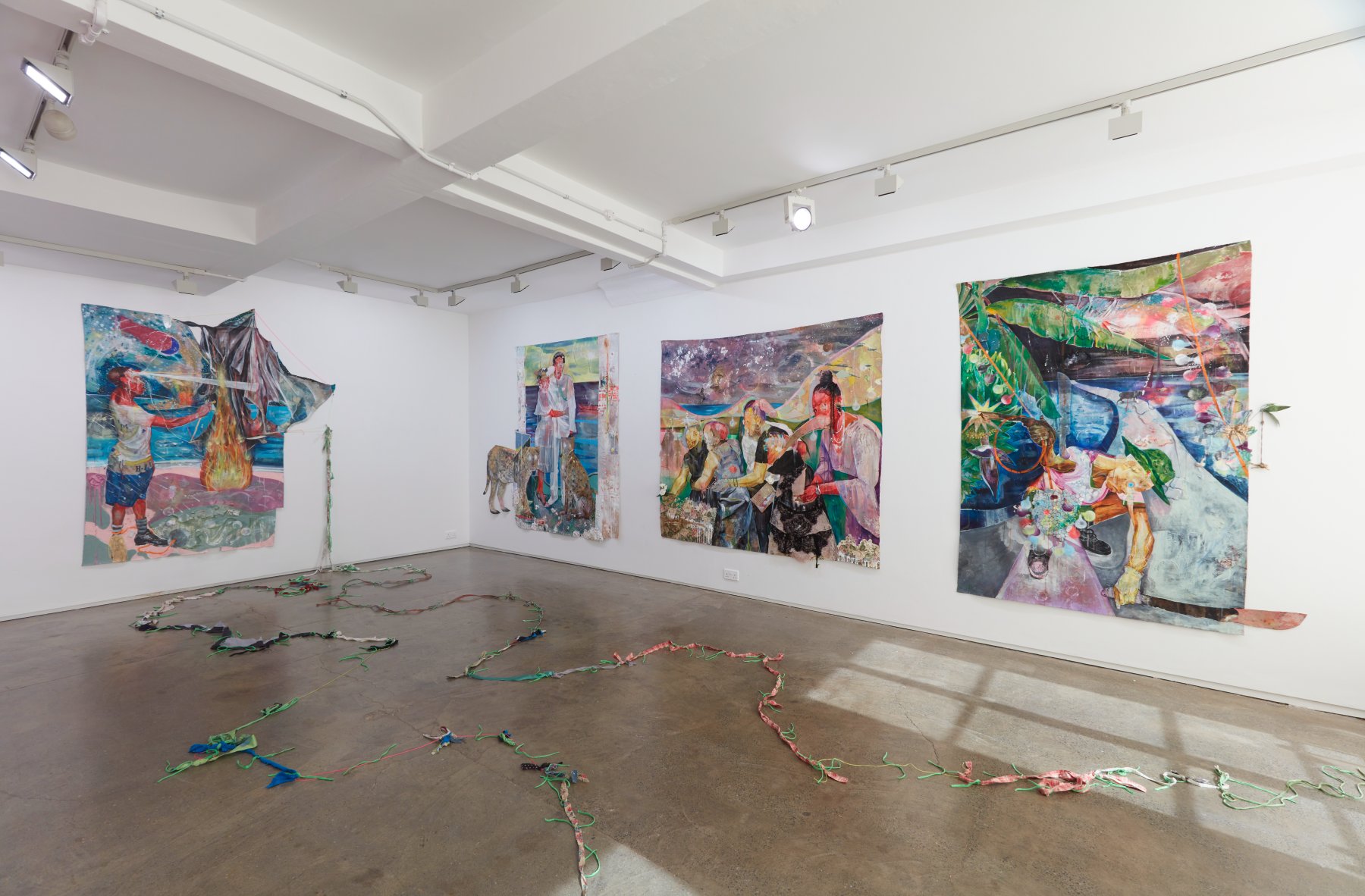 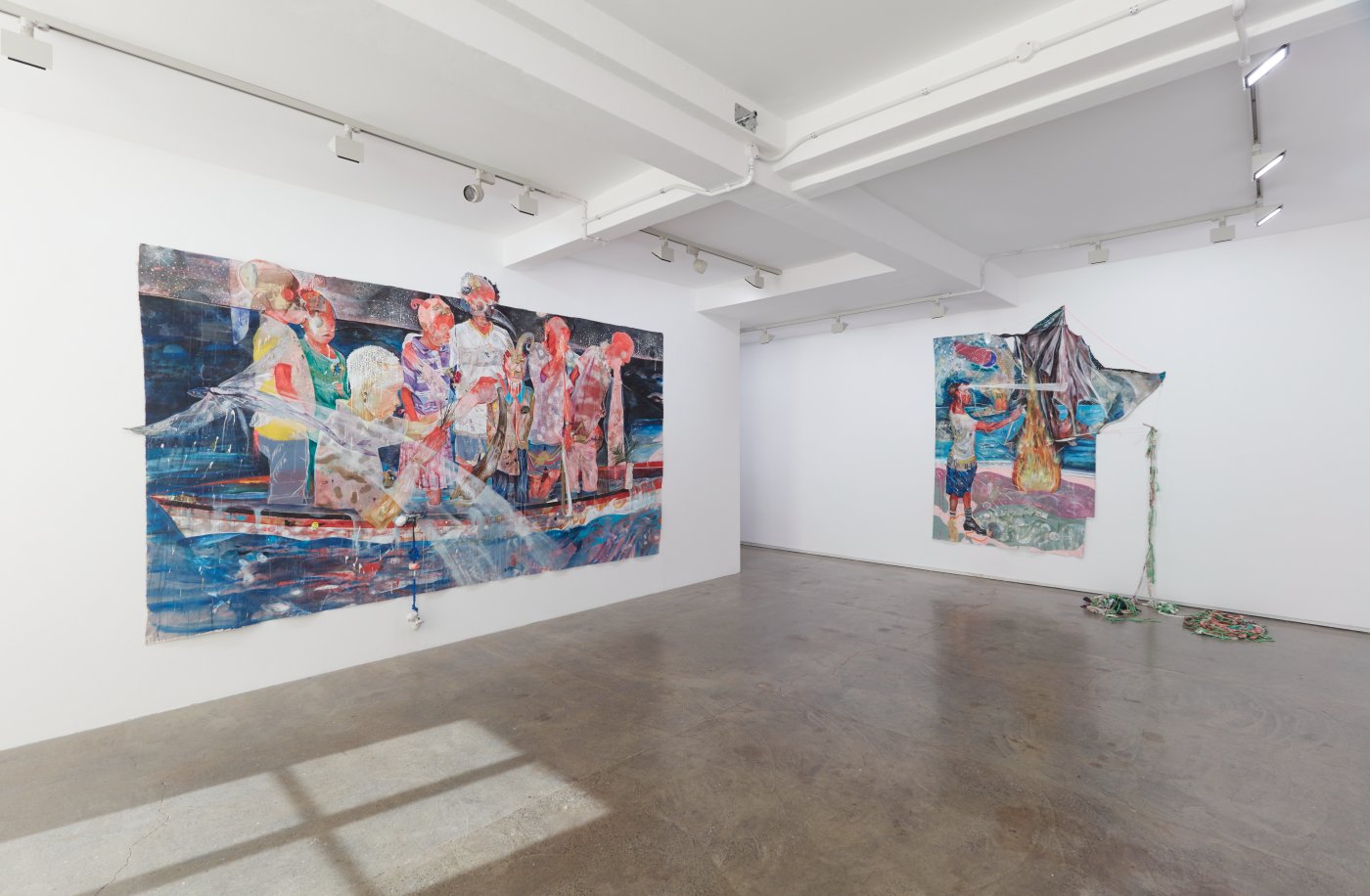 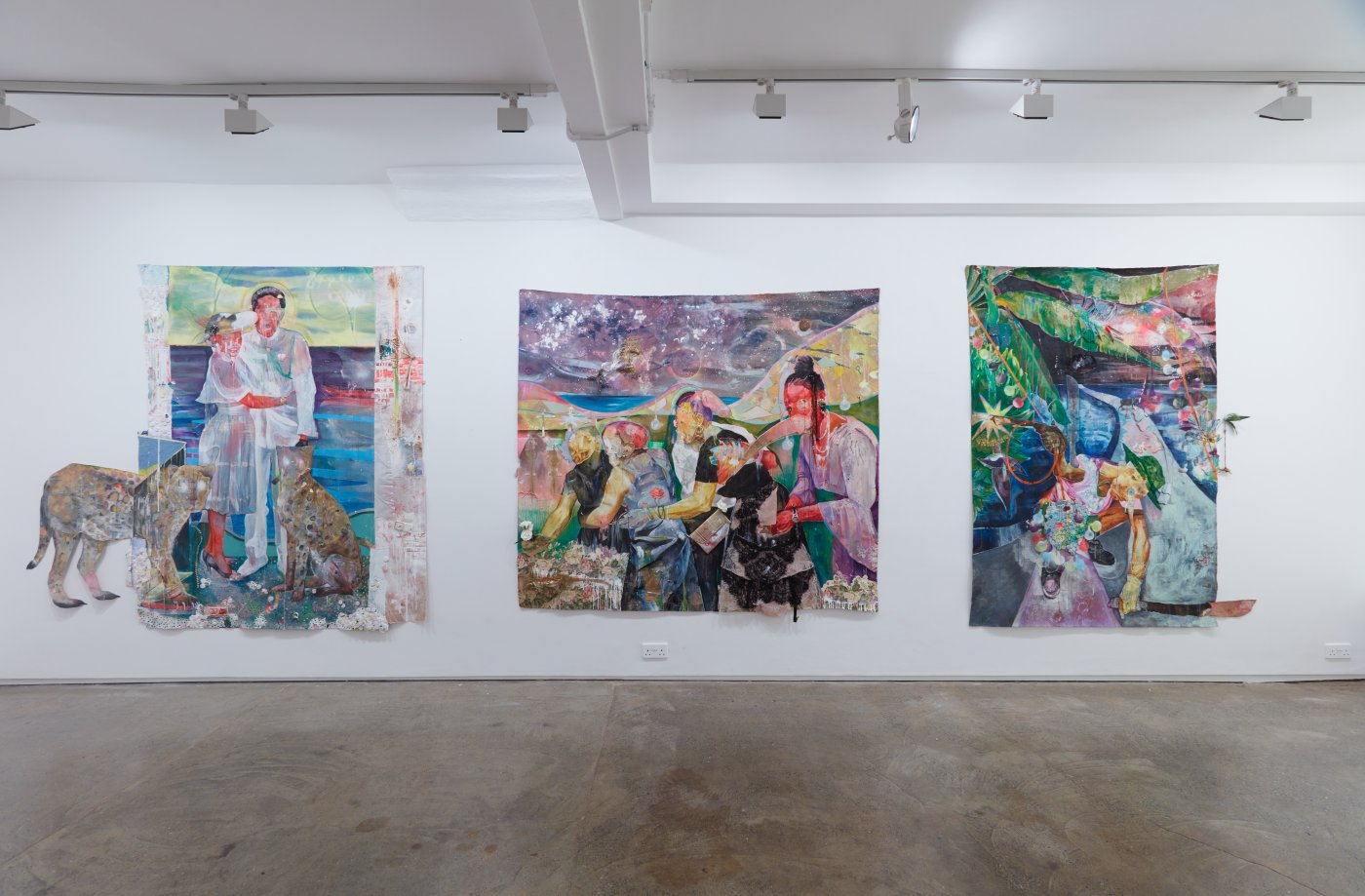 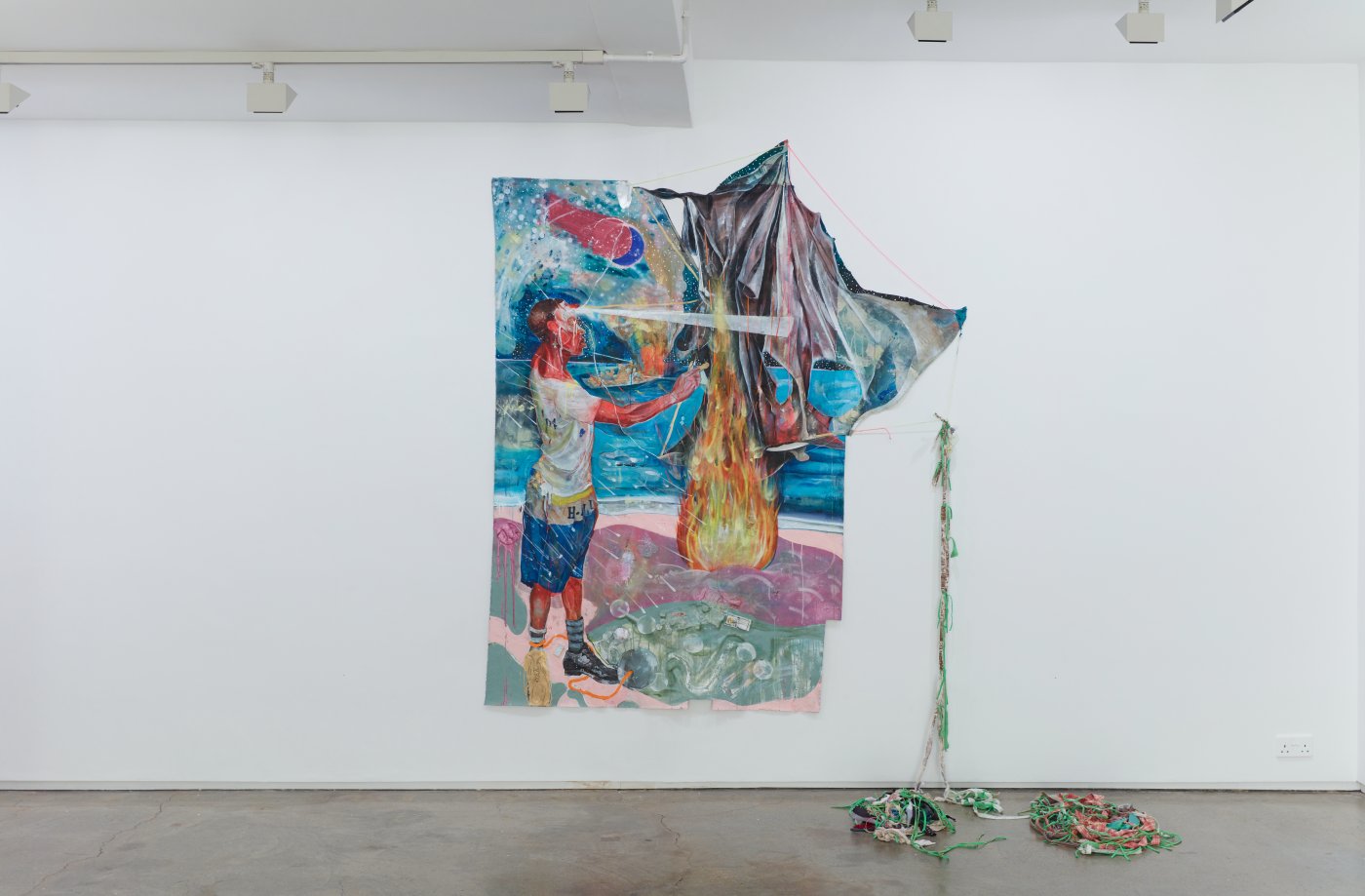 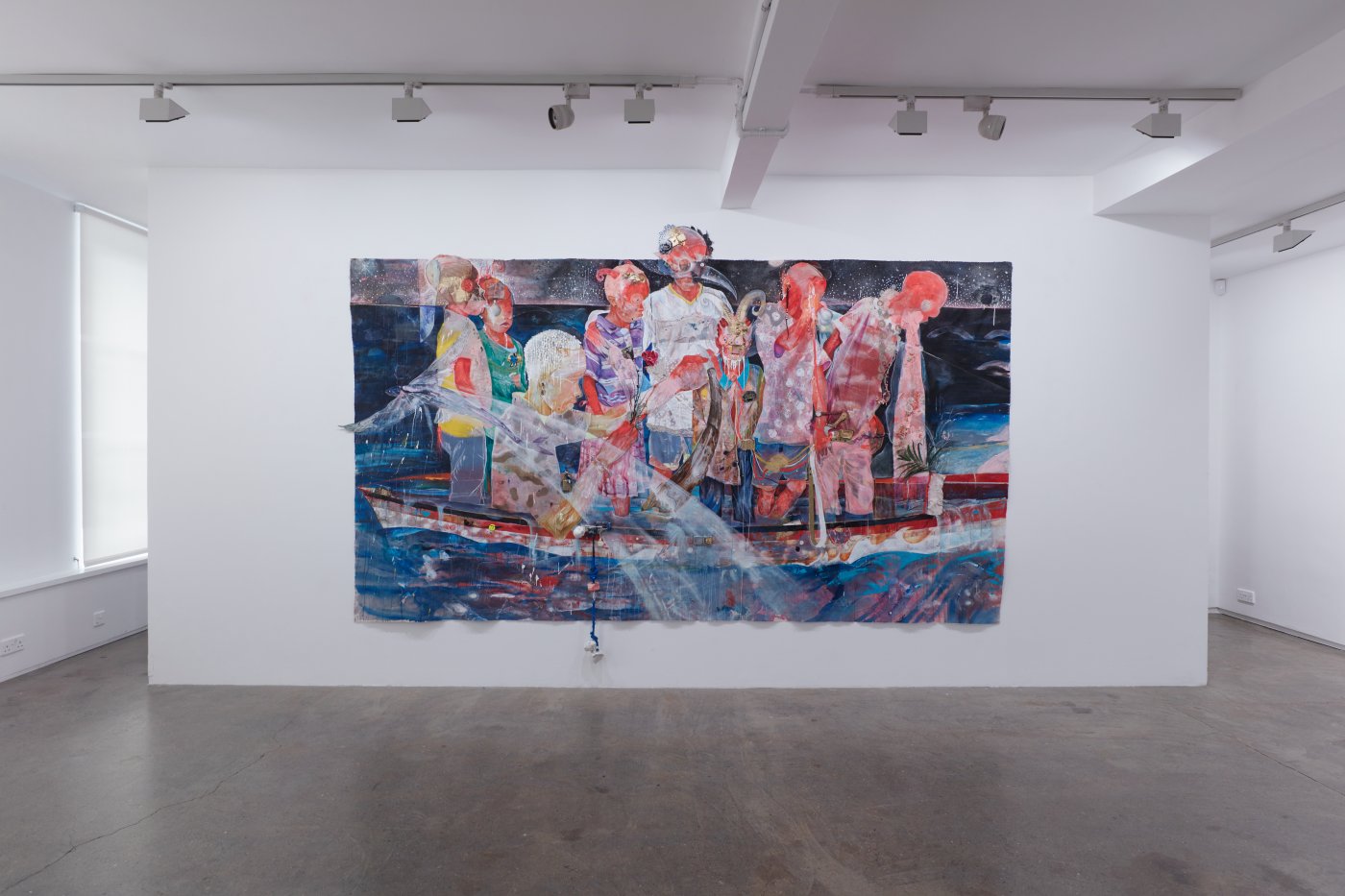 Being the son of a seaman and having experienced trauma at sea at a young age, my curiosity and fear of succumbing to the ocean has been a lingering concern since I was a boy. Through time, this concern has evolved from the personal and targeted to the wellbeing of others, especially those using water as means of vast journeys. In this intimate body of work, I explore voyages and terror at sea. A focus on sea travel, and its relationship to ancestry, migration and refugees is a key theme that runs throughout the exhibition.

The history of sea voyages is vast and continues to play out in many societies today. In ‘A Voyage Fit for a King’ I pay homage to the trans-Atlantic slave trade of yesteryear, using Goree Island’s ‘Door of No Return’ as the setting of this work. I have visited this space several times and each time, I am filled with emotion and empathy for my ancestors who were victims of the slave trade. An empty canoe drifts in the background suggestive of demise.

Today, the smuggling of human cargo via sea continues in the form of illegal migration and refugees fleeing by sea in hopes of a better way of life elsewhere. For many on these dangerous voyages, elsewhere is never discovered.

The work ‘If Ya Drown, Ya Drown’ examines the aforementioned. A sea vessel filled with passengers began to take on water. Flying fish jump out of the sea to flee lurking sea predators. Crocodiles lurk in the background awaiting a potential meal. A young boy vomits profusely in the ocean as the captain makes music using a rusty handsaw and a rose branch. The passengers are in a quasi-state of trance and terror as they wait to learn their fate.

For those who are lucky to make landfall, there is border control. ‘The Night Before Christmas Startled the New Year’ portrays a fight for territory. A crouching figure is portrayed wielding a machete and firing a pistol on a bridge that separates two bodies of water. The figure serves a dual role as both trespasser and owner of the land which he defends.

‘Bye & Bye’, addresses death and mourning for those who meet their demise during sea travel. Historically, sickness, drowning, seaborn execution and death by sea creatures have been a consistent reality for slaves, refugees and migrants using the sea as a means of transportation.

In ‘The Kite Runner’, a boy wearing a Cubic zirconia crucifix earring examines a battered kite. A firefly sits on his index finger as a burning boat sails toward the seashore. The kite serves as a metaphor for the burning sailing vessel. This work addresses terror, desperation and faith in the time of sea crisis.

Munroe was born 1982 in Nassau, Bahamas. He lives and works in Baltimore, USA. Recent exhibitions include shows at the Perez Art Museum Miami, National Gallery of Bahamas, Nassau, MAXXI Museum of Art, Rome, Museum of the African Diaspora, San Francisco, and the Meadows Museum of Art, Louisiana. Works have been included in previous exhibitions at ‘Prospect 4’ triennial, New Orleans, directed by Trevor Schoonmaker, ‘All the World’s Futures’, 56th Venice Biennale, curated by Okwui Enwezor, 12th Dakar biennale, curated by Simon Njami, Nasher Museum of Art at Duke University and SCAD Museum of Art among others.