“So in peace our task we ply,
Pangur Ban, my cat, and I.
In our arts we find our bliss,
I have mine and he has his.”
– from Pangur Ban, 9th century poem in Old Irish,
translated here by Robin Flower

“I postulate that cats started as psychic companions, as familiars, a
nd have never deviated from this function.”
William S. Burroughs, The Cat Inside (1986) 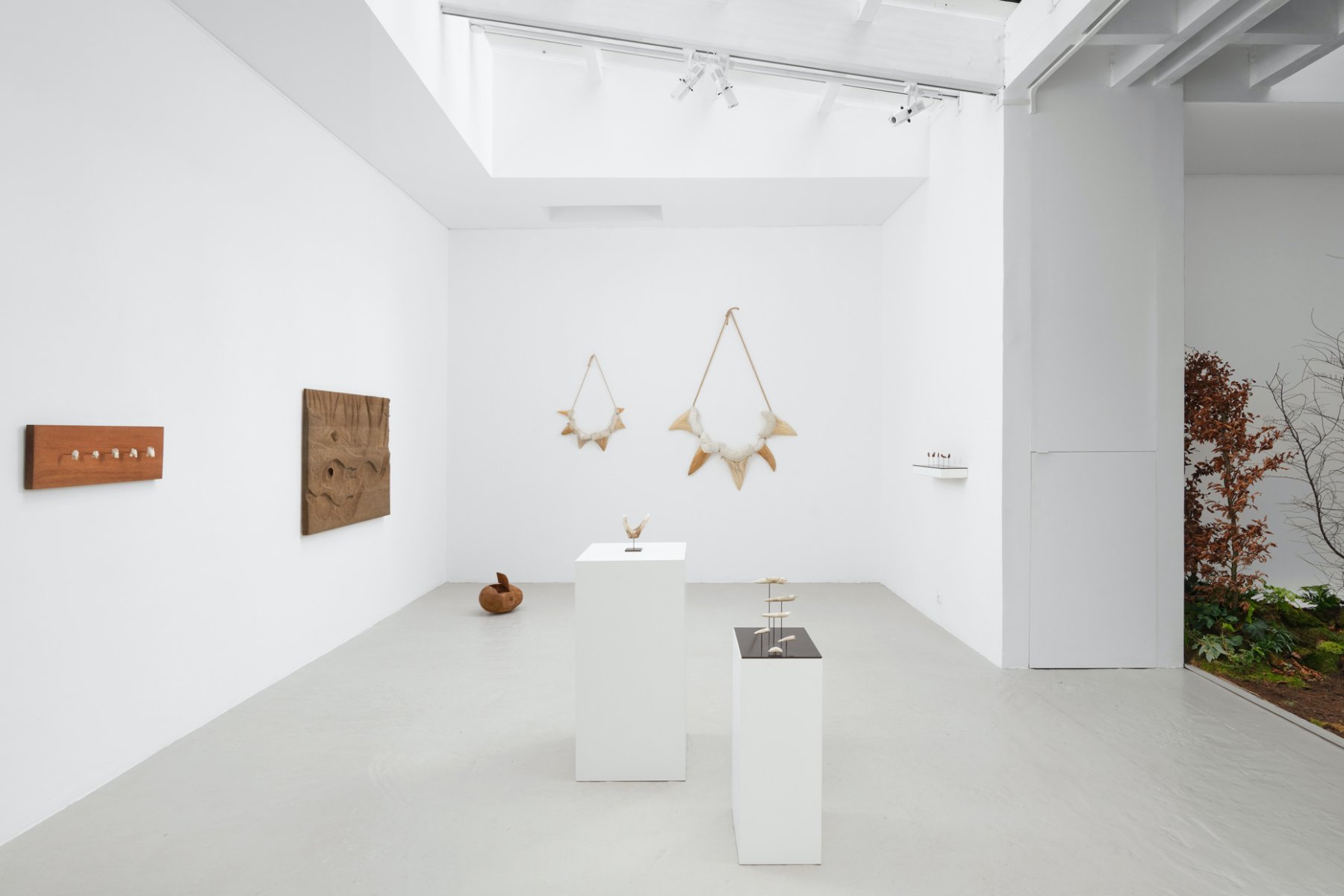 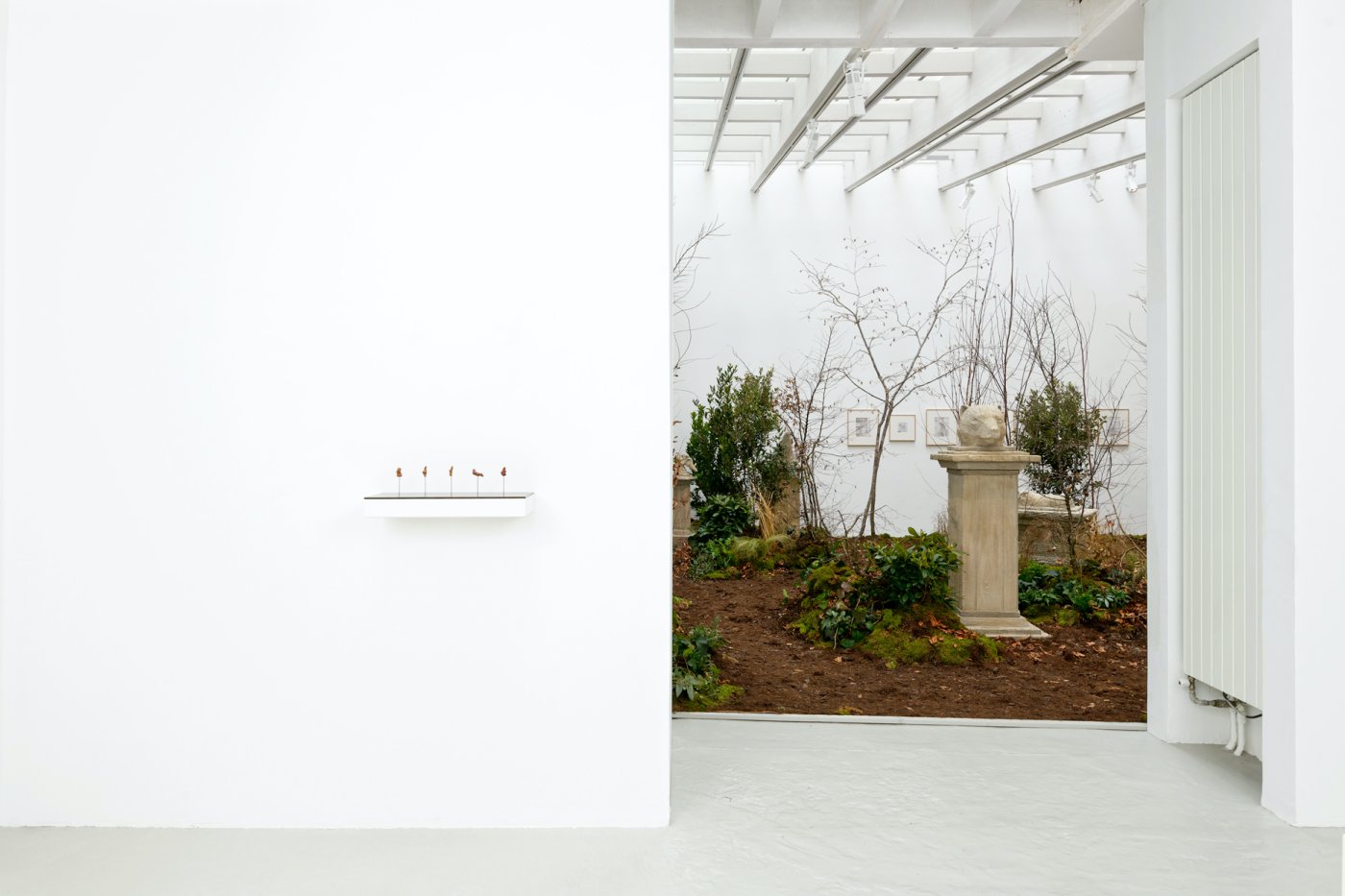 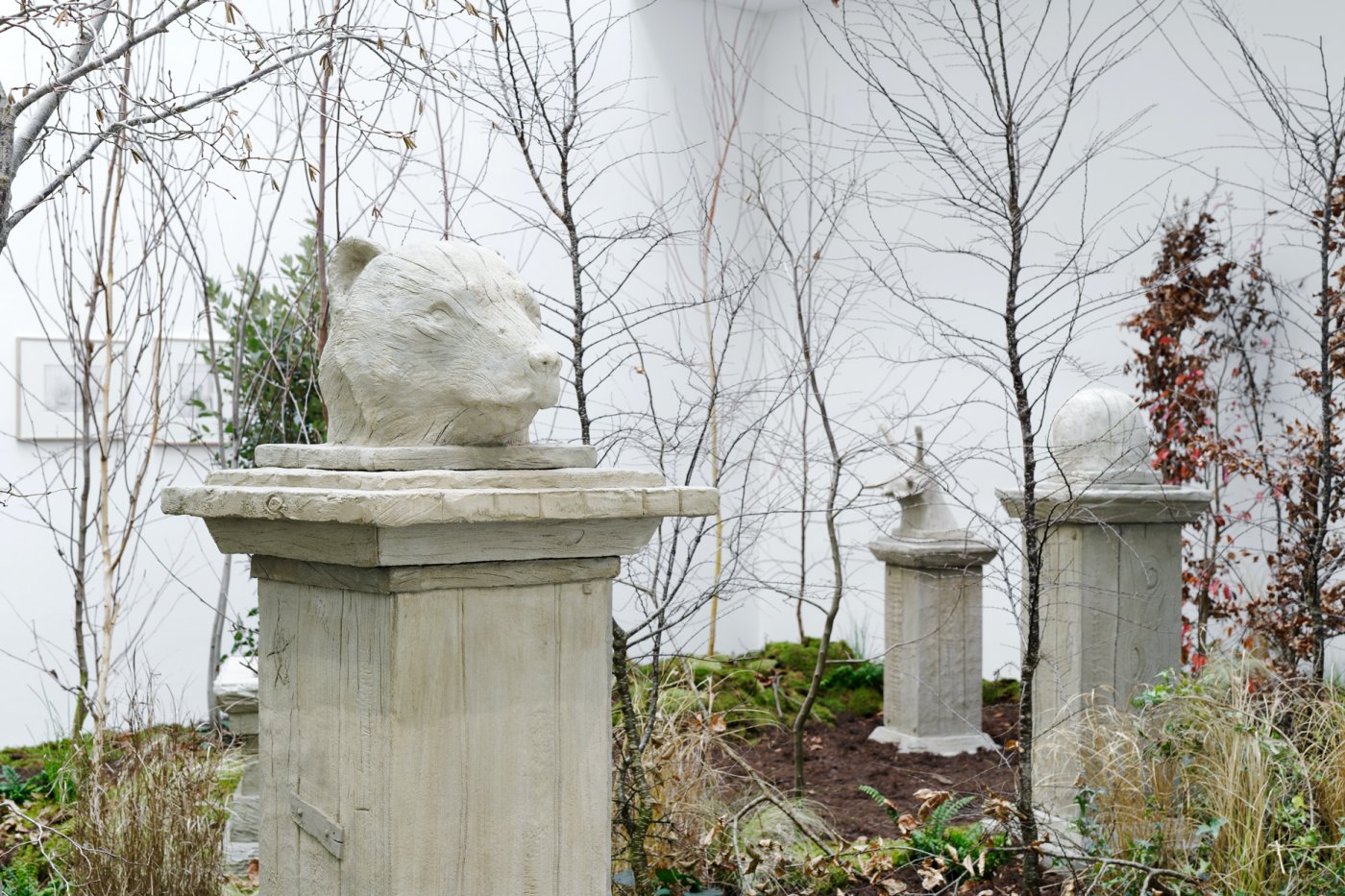 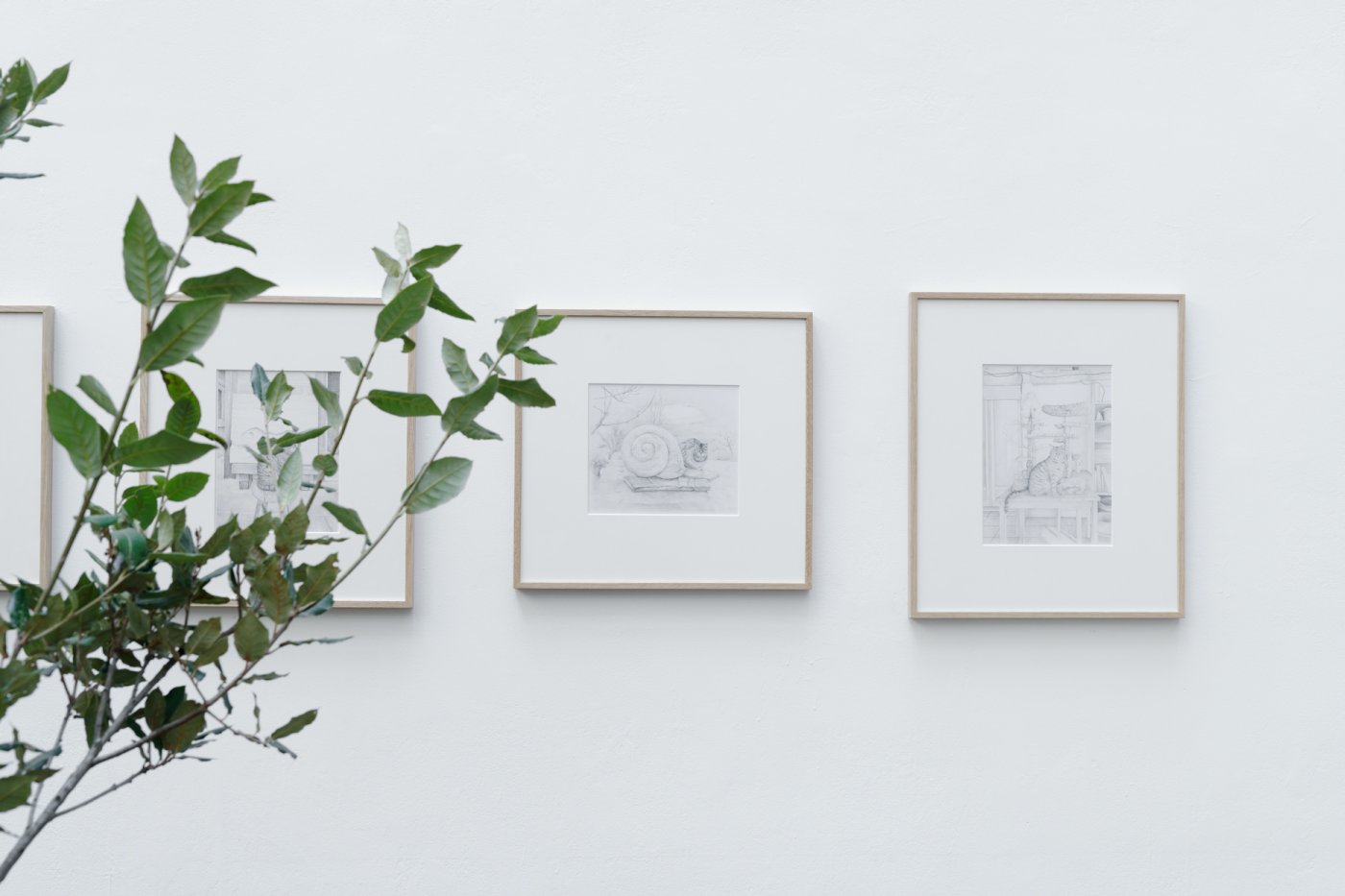 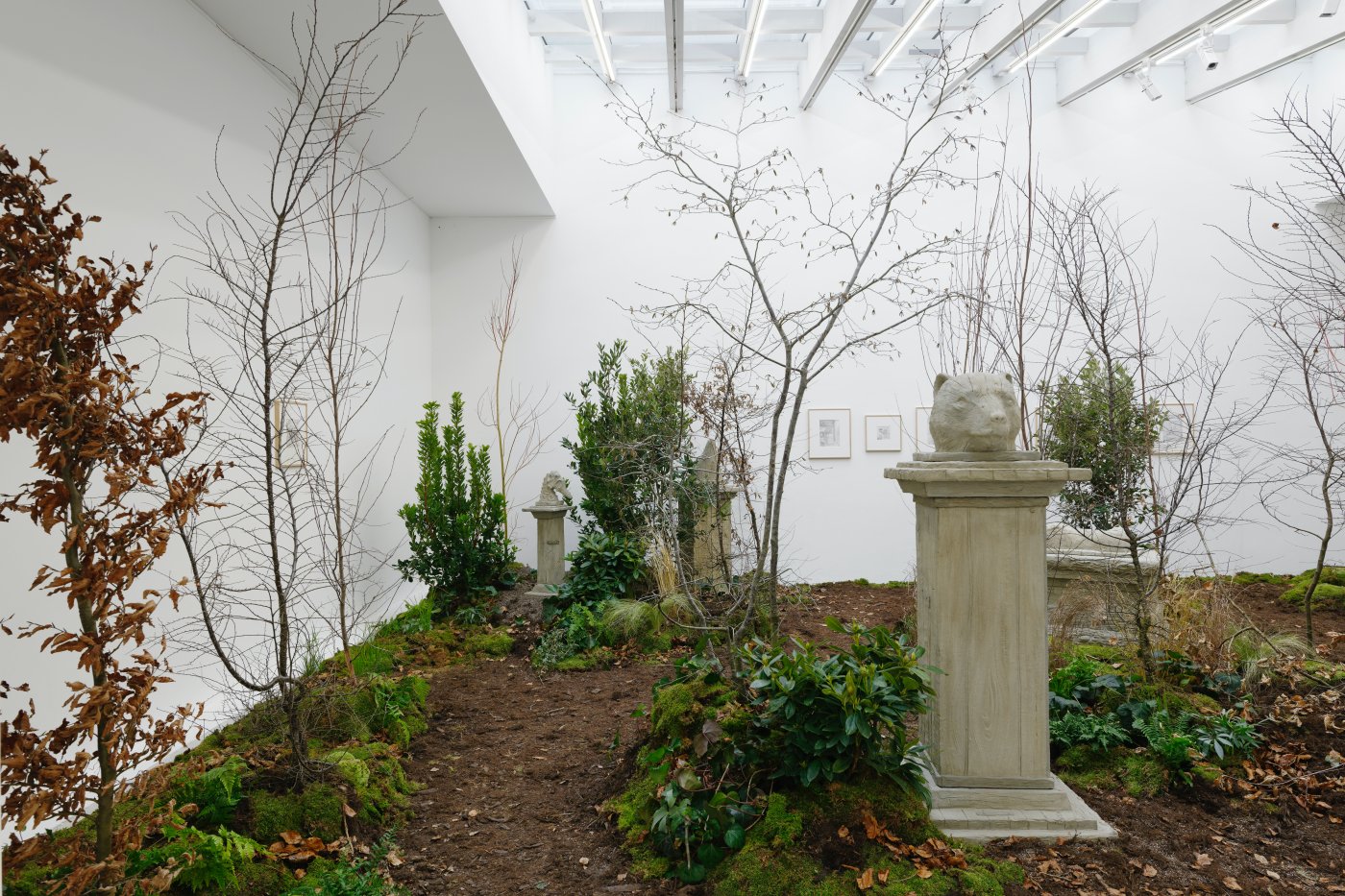 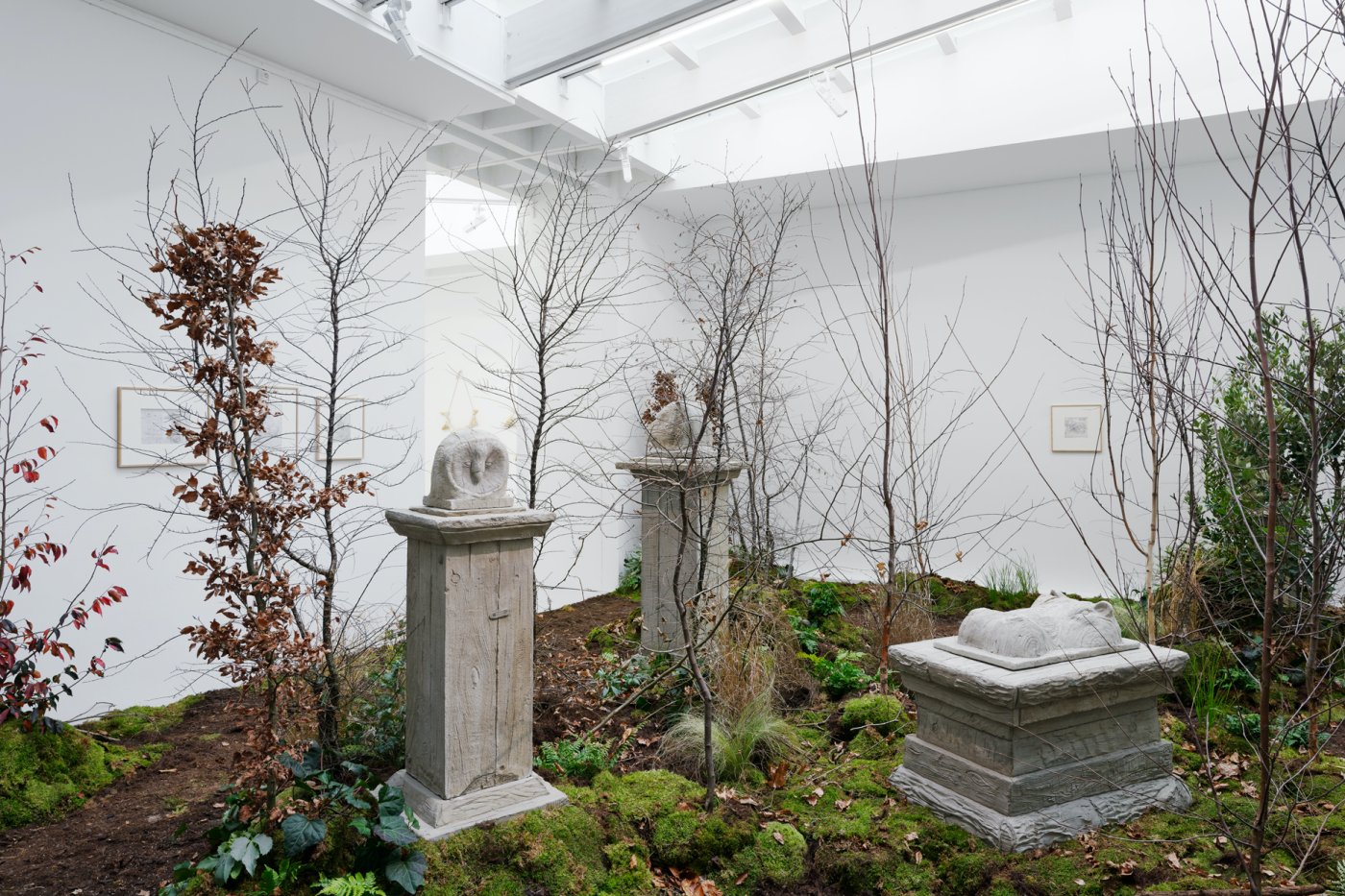 The two lions that guard the New York Public Library are named Patience and Fortitude. Many a castle and treasure vault, tomb and museum has a fierce feline or two protecting its gates. Cats, big and small, have long existed as protectors for those things we humans value. There are many theories as to why these wild hunters went from ferocious predators to pampered pets. The most popular being that with farming, humans had surplus grain that rodents liked to munch and that cats were excellent at catching mice invading the granary. And thus, a lasting symbiotic interspecies bond was formed.

But I prefer Burroughs’ postulation. We are connected psychically to cats. They are guides and guardians, repositories for affection and singular companions, their furry languid elegance and luminous eyes, predatory teeth and retractable claws hold a certain allure. As does their particular intelligence and easy affection. Humans like to consider ourselves the most intelligent species on the planet, but I suspect cats, whilst still quite capable of surviving in the wild, found some admiring if often lonesome hominids and let us do all the work on their behalf.

And here, a cat, one cat, the artist Laurent Le Deunff’s feline companion Grelot, carefully drawn in pencil, presides and guards, advises and beckons from beside mysterious sculptures, all made by the artist. Together they constitute mysterious clues in the ongoing mystery of Laurent’s works, their play on meaning and materials, reference and reflection (animals often but not always frolicking through them). Grelot is witness to all the stories and struggles of the studio, and it’s tempting to tell a story from this singular cat’s perspective, but I’ll take my cue from Laurent. Rather than presuming some anthropocentric tale, it is better to simply acknowledge and admire, admit the fact that Grelot is here watching and thank this feline for standing by, guarding over, for presumably being a snuggling companion, present through all the travails of art. Grelot, if Burroughs is to be trusted, is a psychic familiar assisting the artist with deeper visions than might be possible on his lonesome.

It is easy enough to describe Laurent’s works. Shark’s teeth carved in wood. Pop figures carved from fossilized dinosaur poop. Meticulous drawings of animals copulating. Reliquaries drawn from nature or natural materials to re-present what’s possible through sly allusions. But somehow, their simultaneous meanings and rebuses are more difficult to pin down. And here, in this forest glade, the mulch and trees and this reflecting pool, an enchanting contrast to the other artworks placed and hung as if in a gallery; the two worlds existing together but tautly in their differences.

While going deep into the work of Laurent Le Deunff, I came across (through one of his suggestions) an authentic replica of a double-headed phallus found in the Gorge of Hell, a paleolithic cave dwelling, that was probably inhabited by Cro- Magnons, in Dordogne, in France. The original, carved from reindeer horn, has been duplicated in resin and is for sale in an online shop. Curiously, the manufacturer has doubled its size. “Perhaps it has a simple and practical function? Maybe a sex toy ? It can be easily held in the hand to be admired.”

The artist’s sly allusions collide and entangle with a special kind of humor. Myths become kitsch, become sculptures and then settle into the background of exquisite grisaille drawings. What began with a shark trawling the forest in Laurent’s hypothetical movie called “Requin de bois”, becomes a carving of the shark’s teeth made of wood, only perhaps to find its way back into a forest in an installation of the artist’s making. Laurent solves some ancient mystery with a modern meaning, or some contemporary existential dilemma with ancient methods, or both, the two mixing together and in tension with each other. One sculpture by Laurent pushed me down the rabbithole of the internet to learn all about the popular French game show, Fort Boyard. Challenges of all kinds, flavored with a quasi-mysticism, in a fort that has never actually been used militarily, but as it floats as an island of imposing stone, feels purpose-built for a game show of physical challenges. At the center of the game is a tiger’s head purring from a pedestal. And here she is again, guarding and daring us with her formidable face. An ersatz prop, under Laurent’s hands this tiger winks from some ancient lore we’ve long forgotten and from yesterday’s television. Both at once, with a feline grace that I hope Grelot might have appreciated.

Andrew Berardini (born in 1982 in California, lives in Los Angeles) is a regular contributor to Artforum, Spike, and ArtReview and an editor at Mousse, Art-Agenda, Momus, and the Art Book Review. Warhol/ Creative Capital and 221a Curatorial Grantee. Faculty at the Mountain School of Arts since 2008 and the Banff Centre since 2014. His research interests include art writing as a form of literature, color, radical subjectivity, ecstatic resistance, romance, literary chimeras, corporeality, language as incantation, the permeability between fiction and reality, underground culture, the erotics of art, and the aesthetic history of California.

Occasional editor and curator with past exhibitions with MOCA – Los Angeles (US), Palais de Tokyo – Paris (FR), and Castello Di Rivoli – Turin (IT) and recent co-curator of the second Lulennial in Mexico City (MX). Formerly held curatorial appointments at LAXART and the Armory Center for the Arts (Los Angeles) and was once on the editorial staff of Semiotext(e). Author of Danh Vo: Relics (Mousse, 2015) and currently finishing a book about color and another about how to be an unprofessional artist.