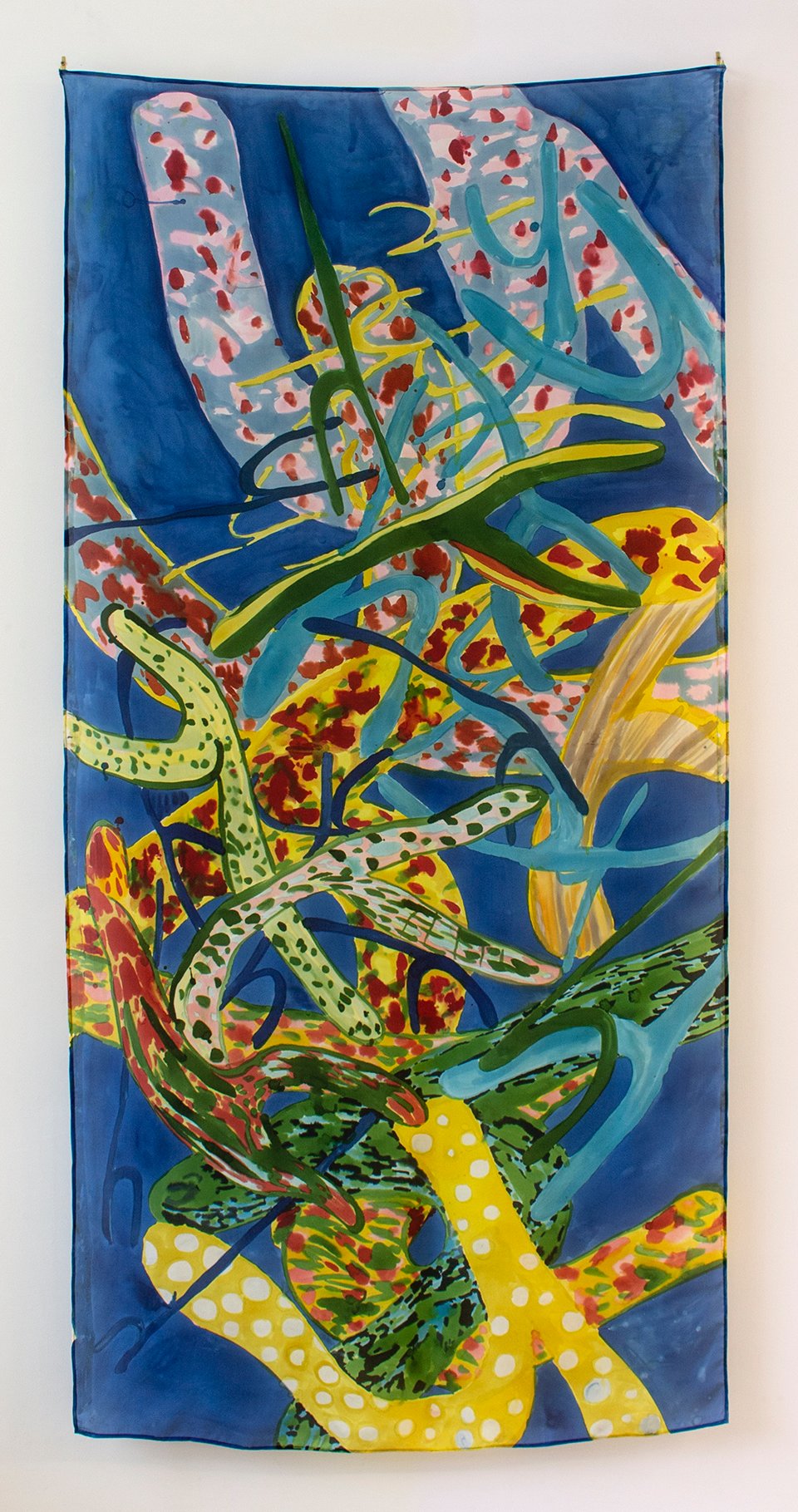 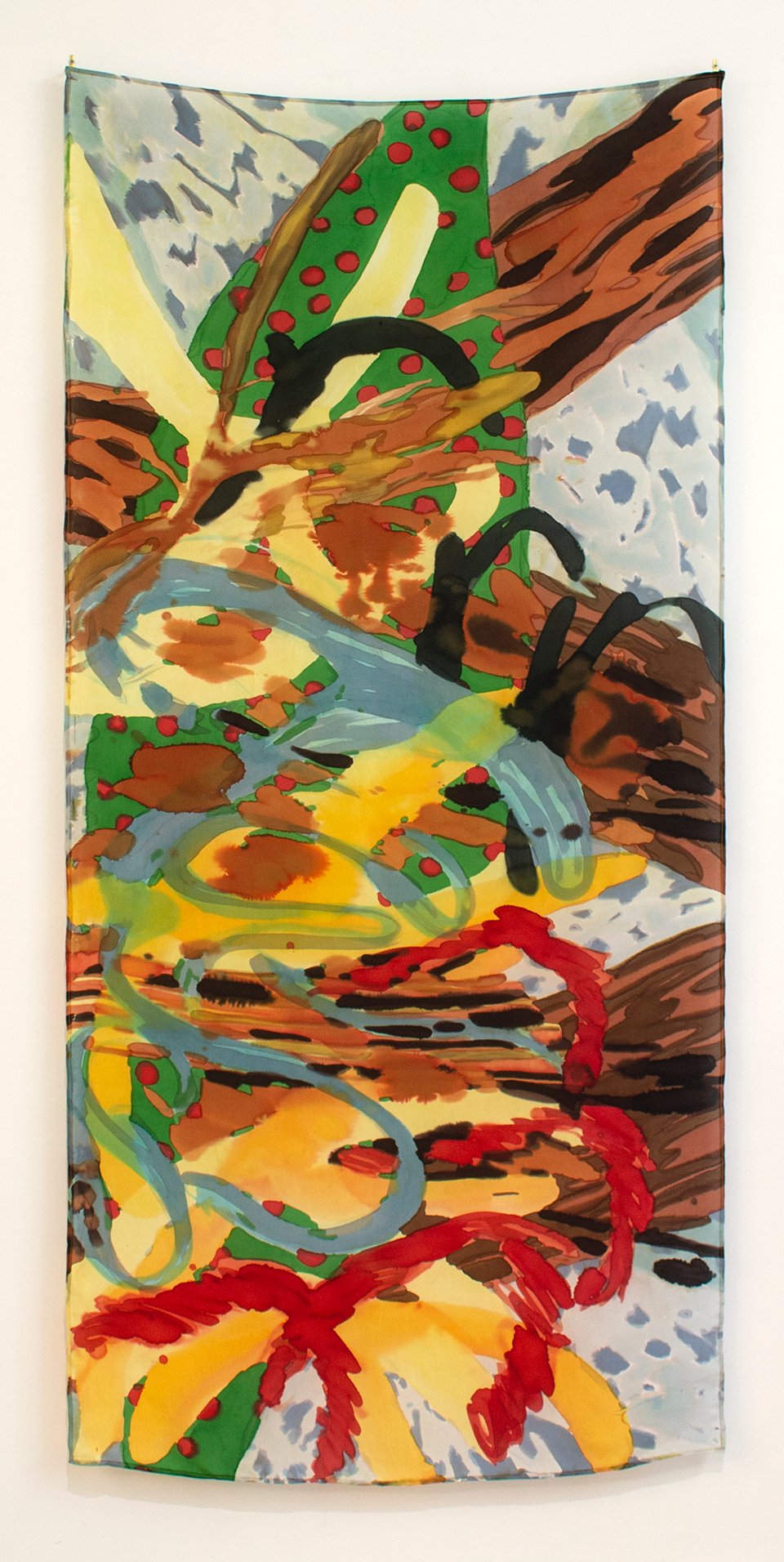 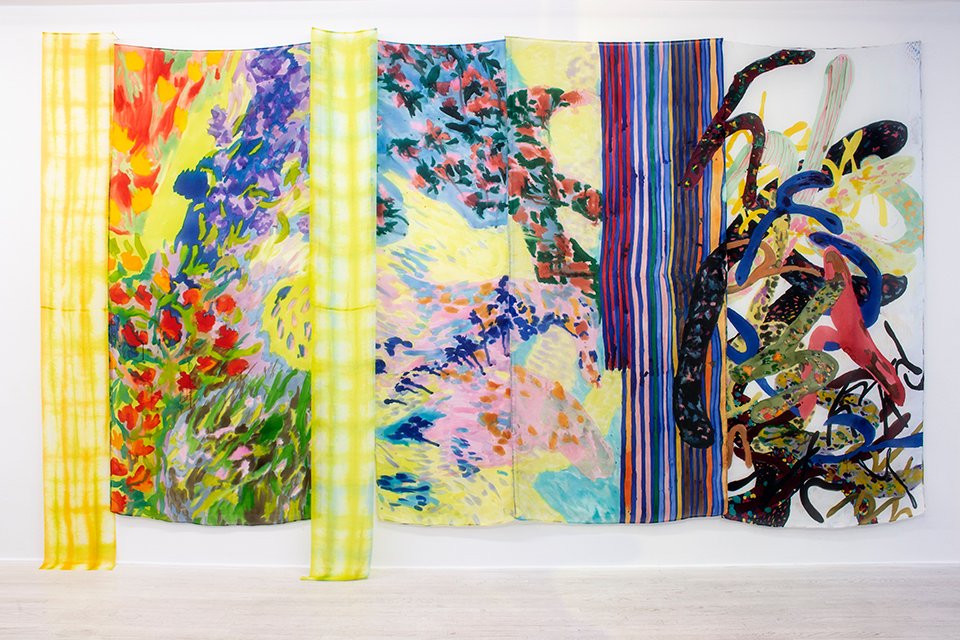 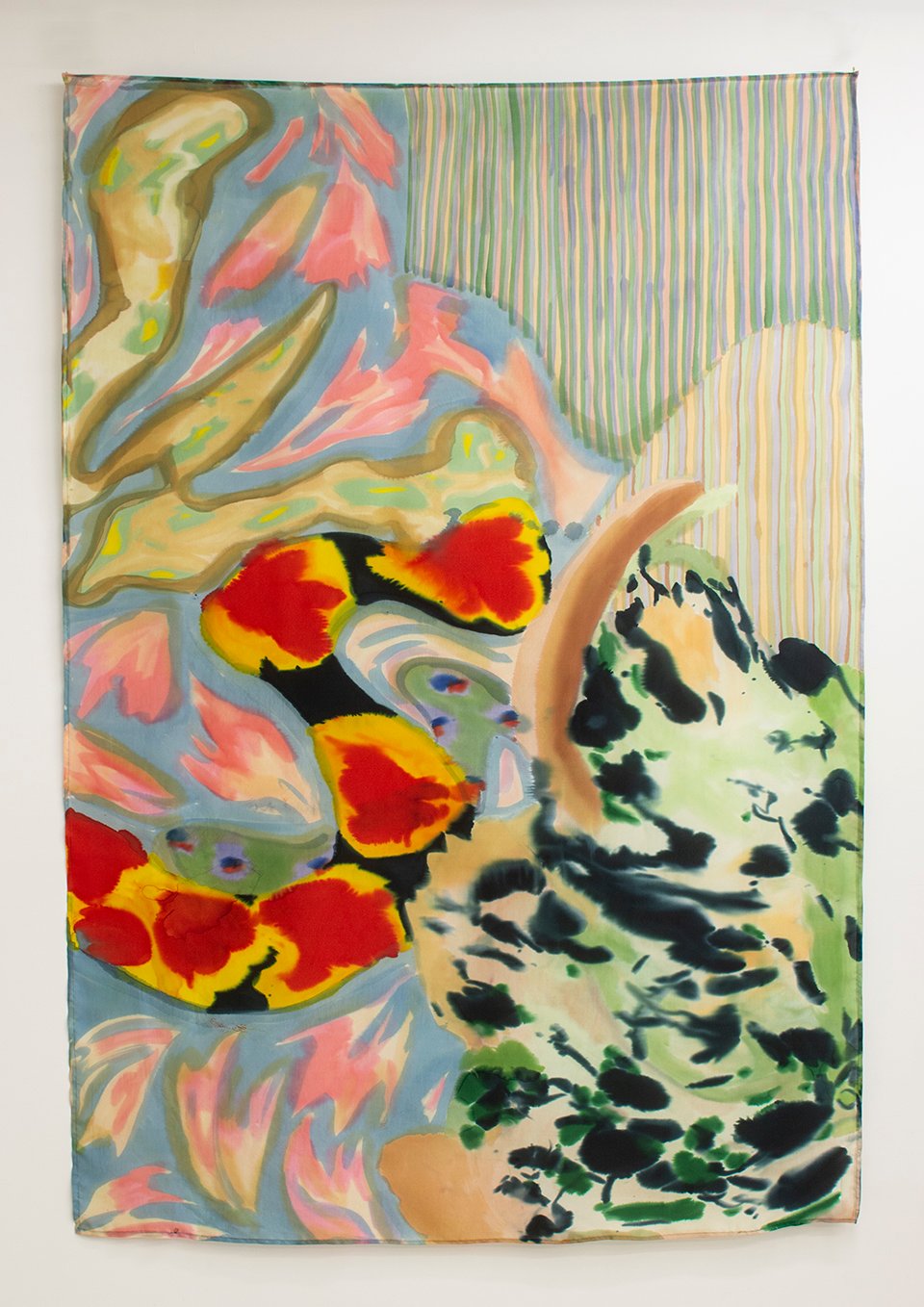 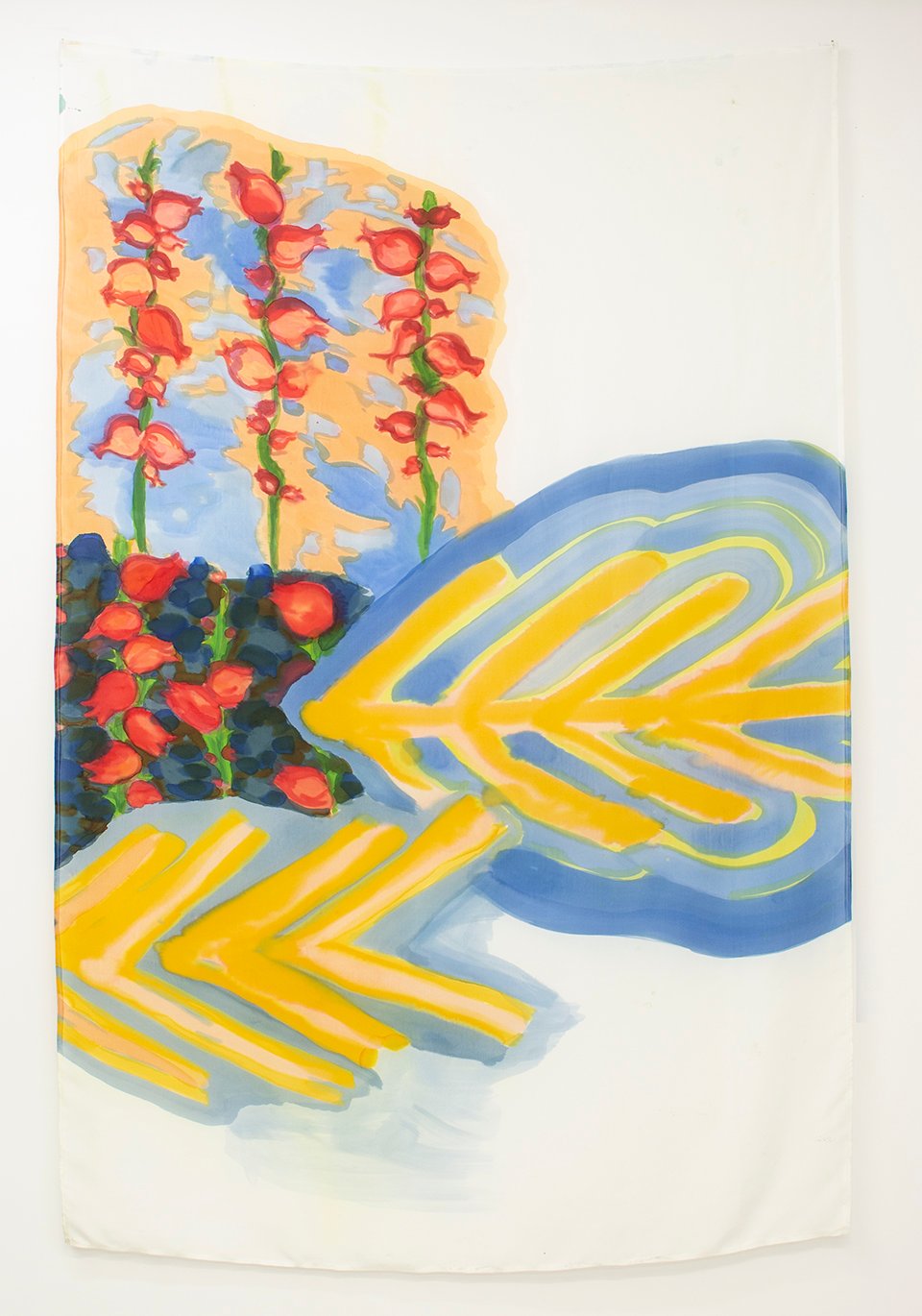 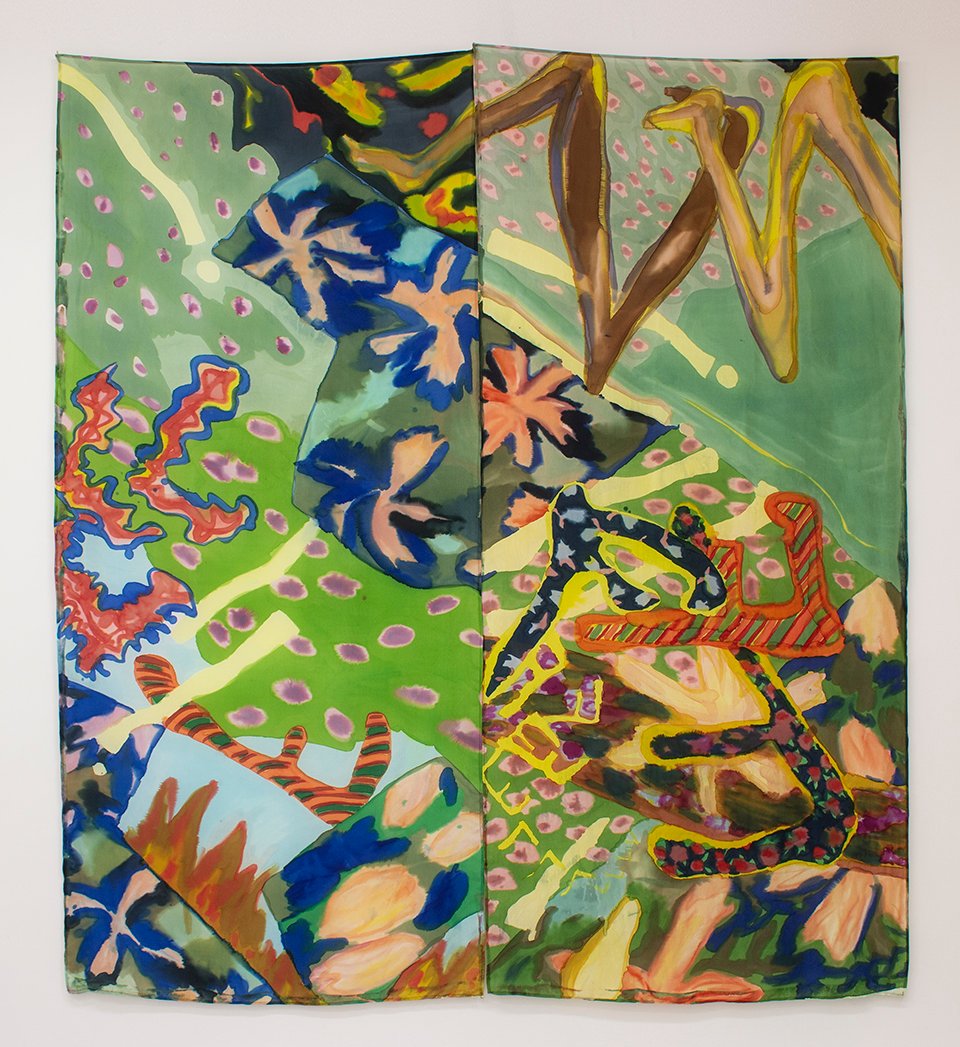 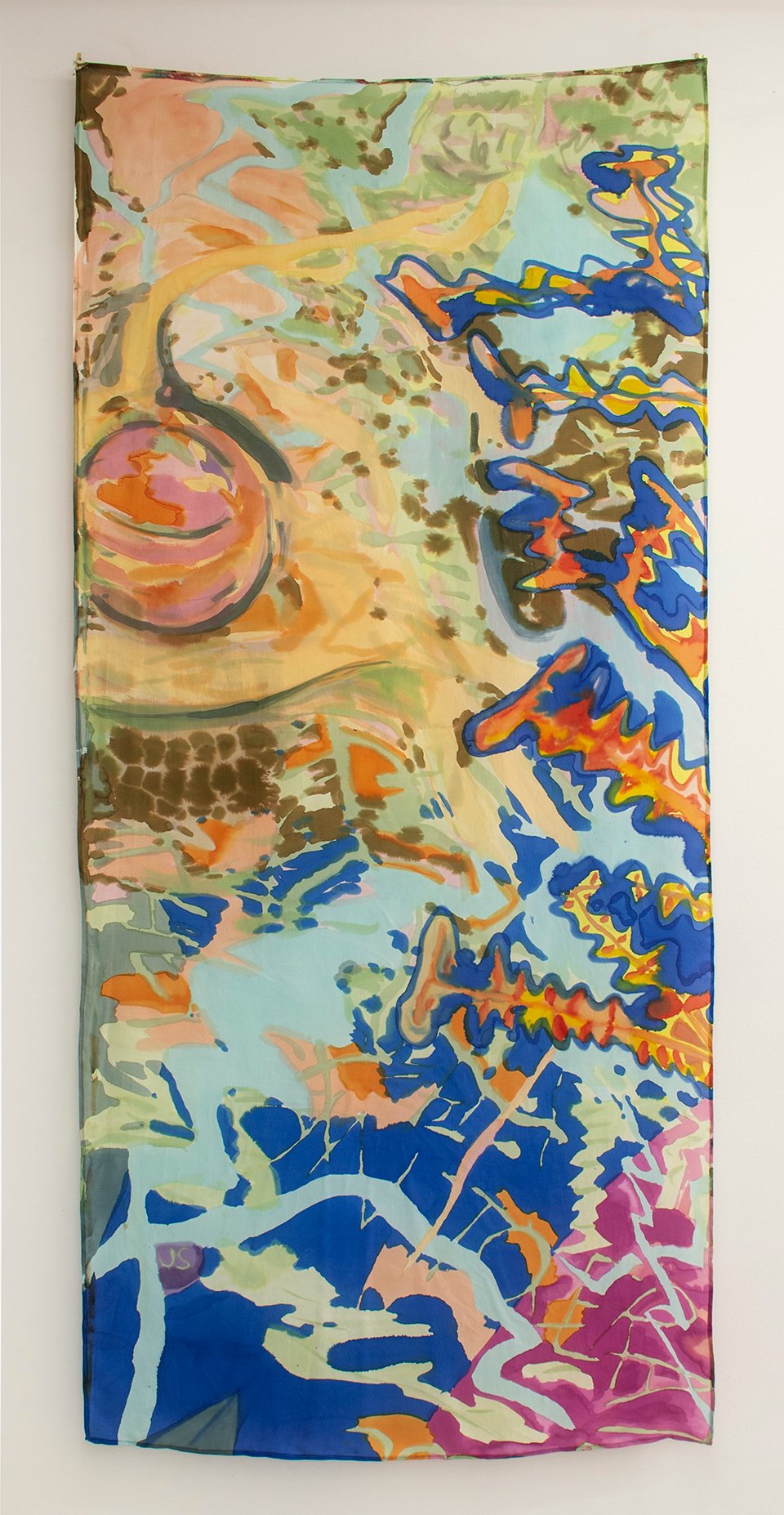 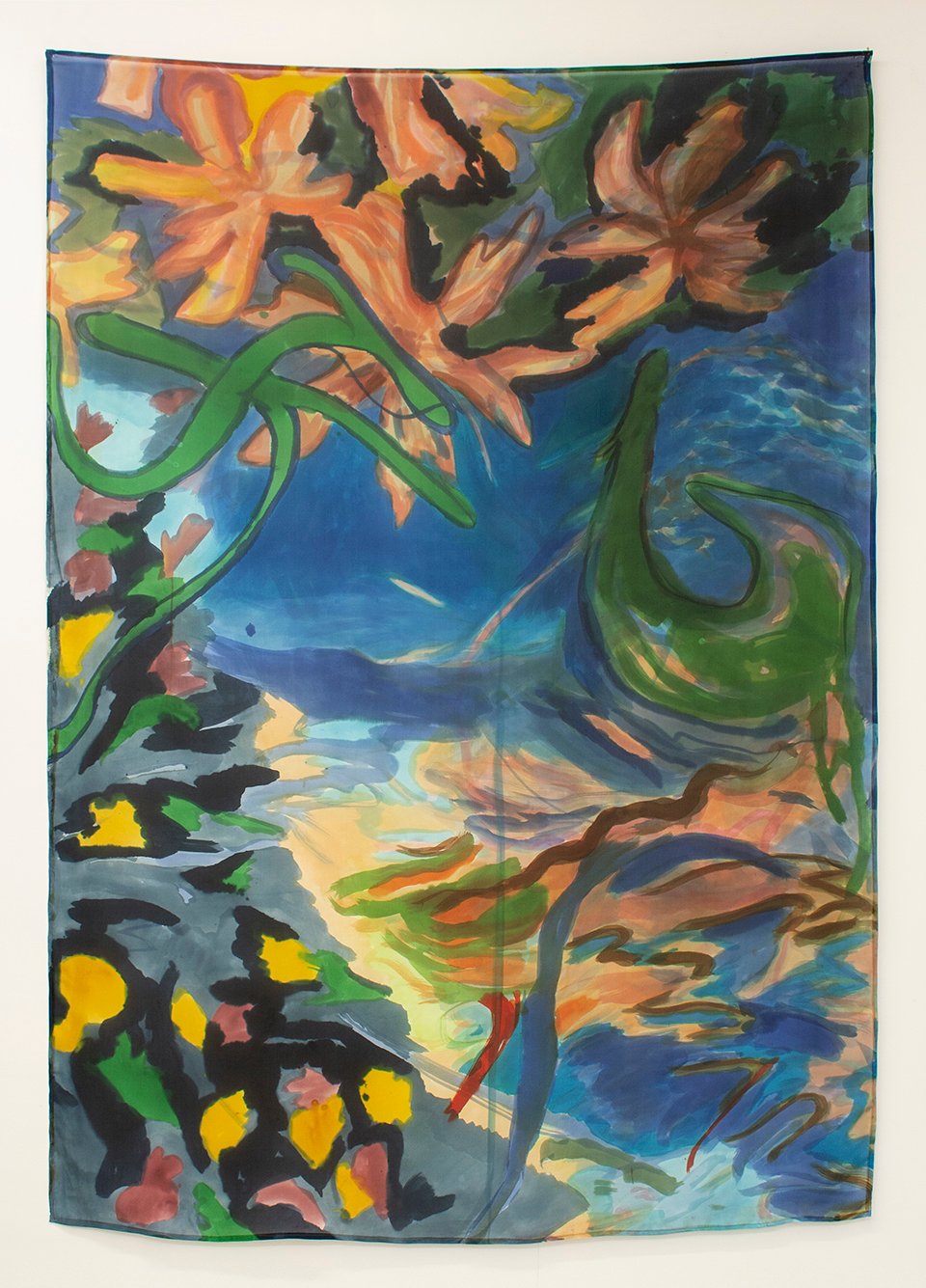 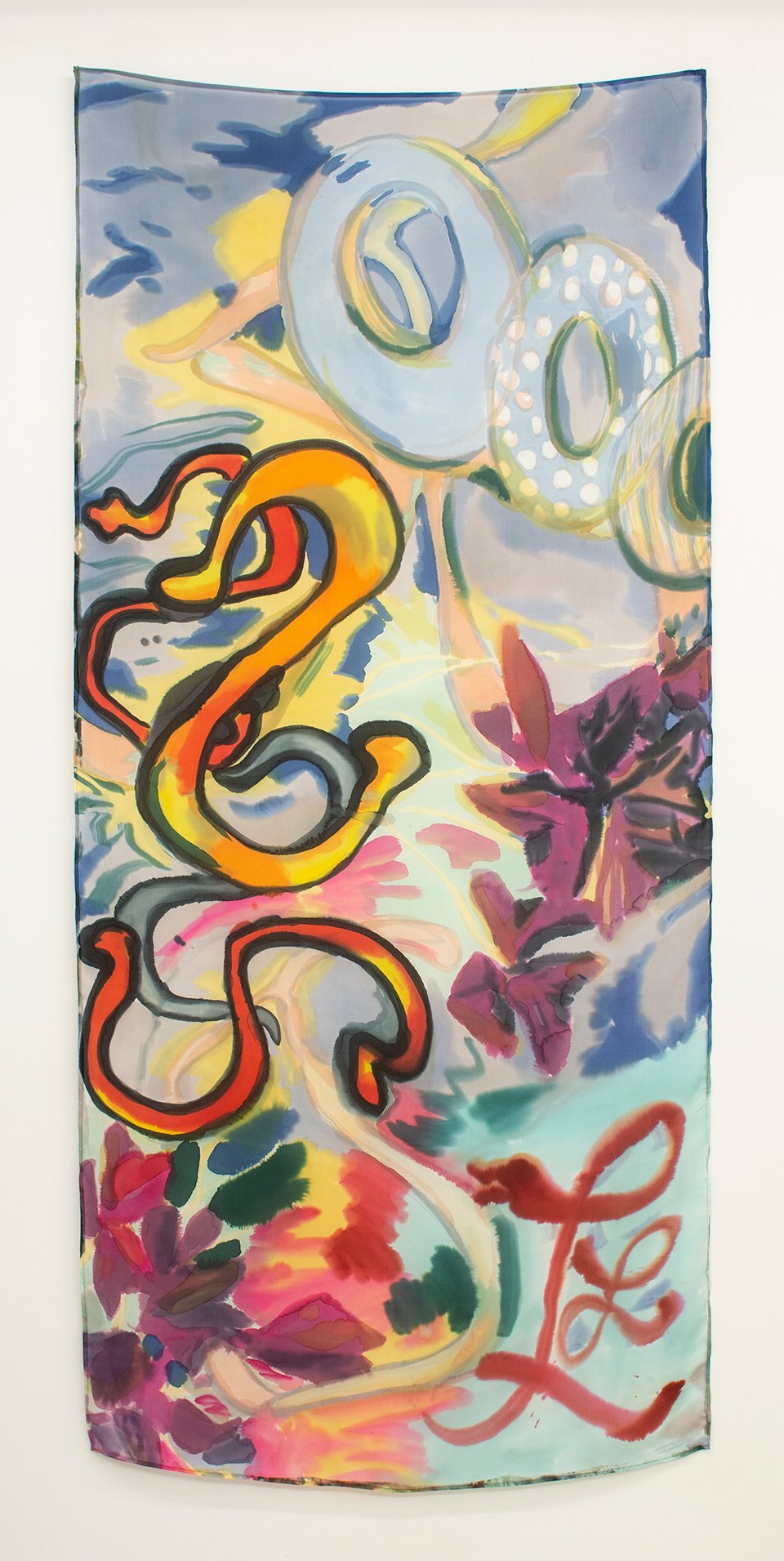 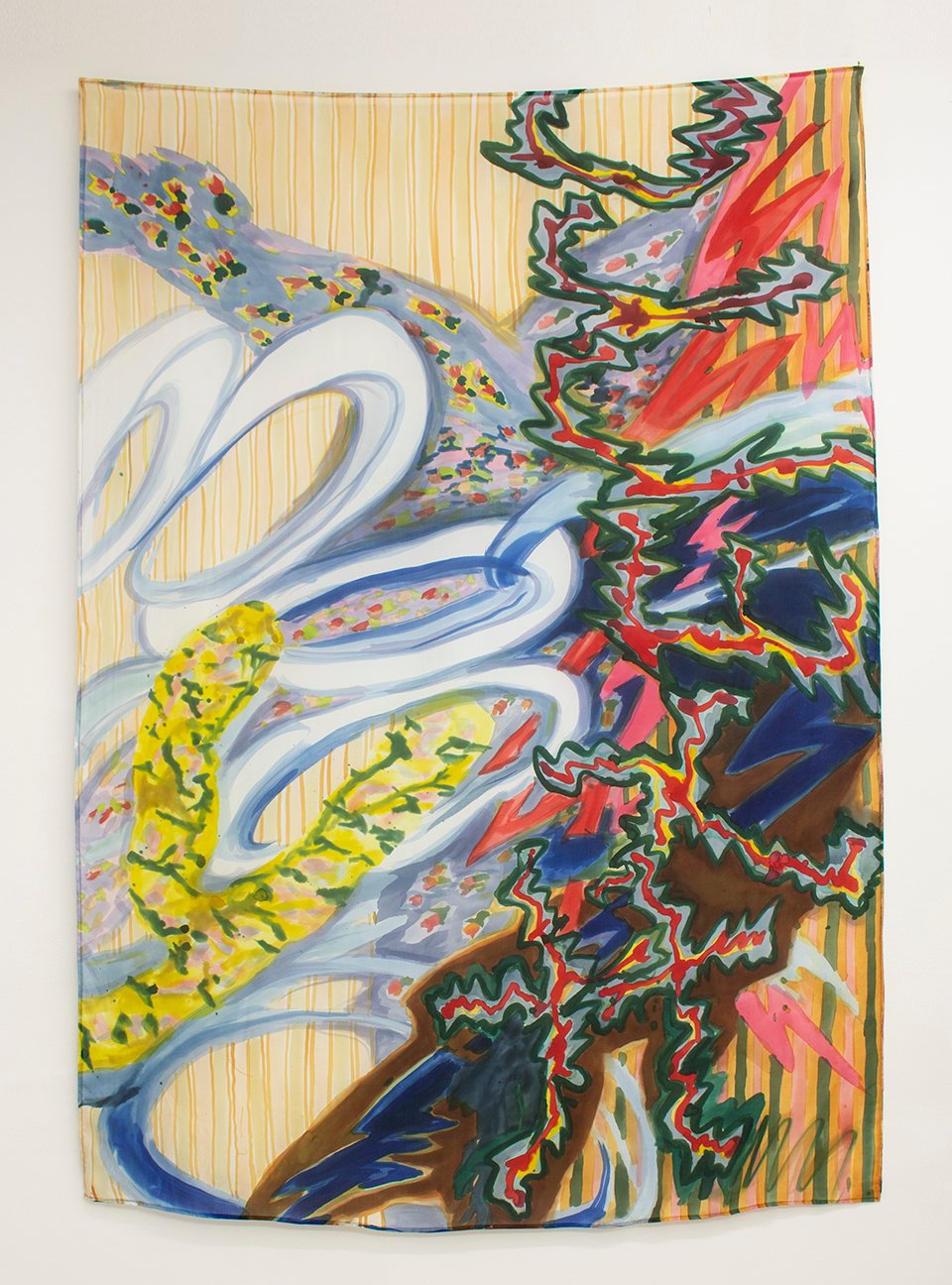 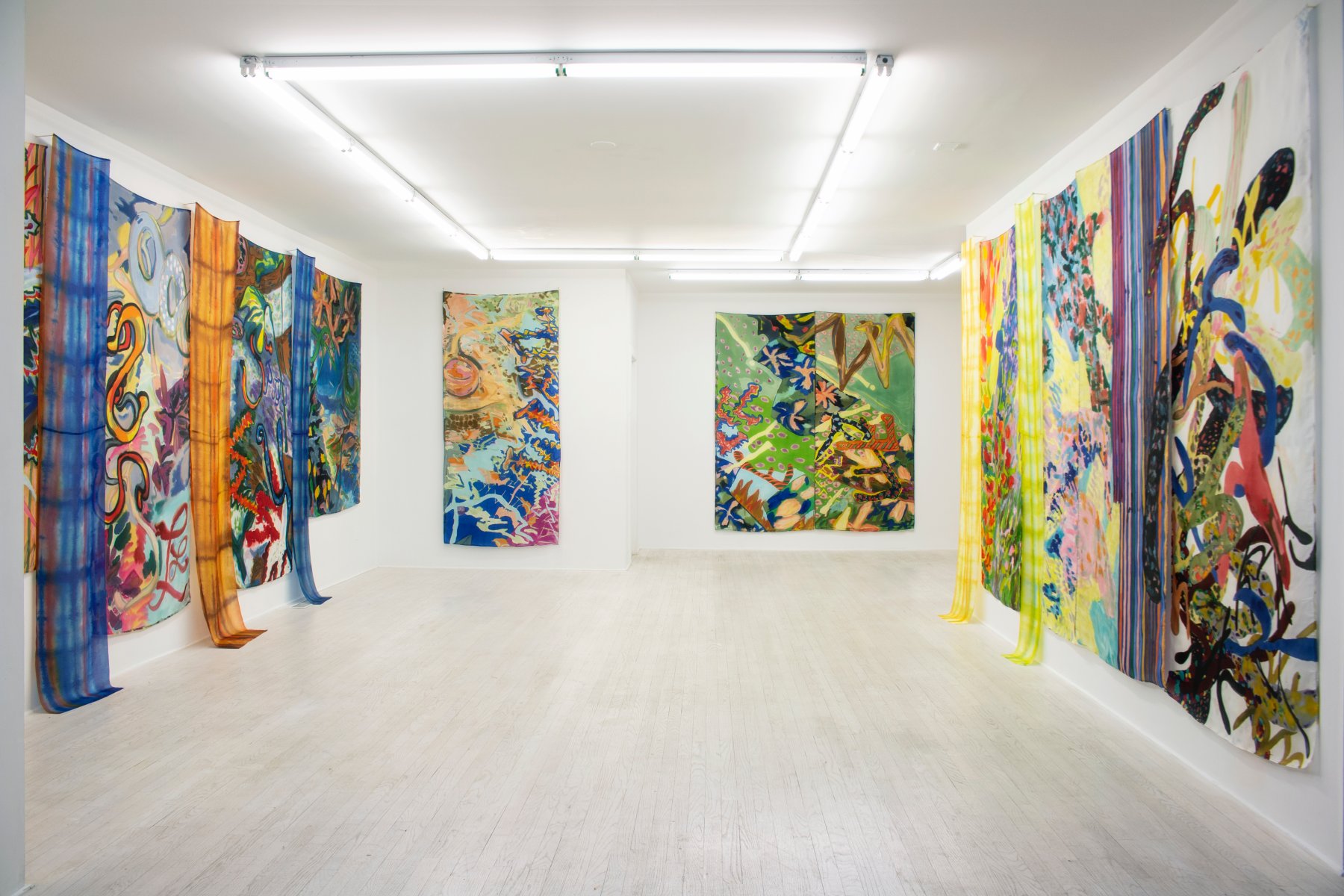 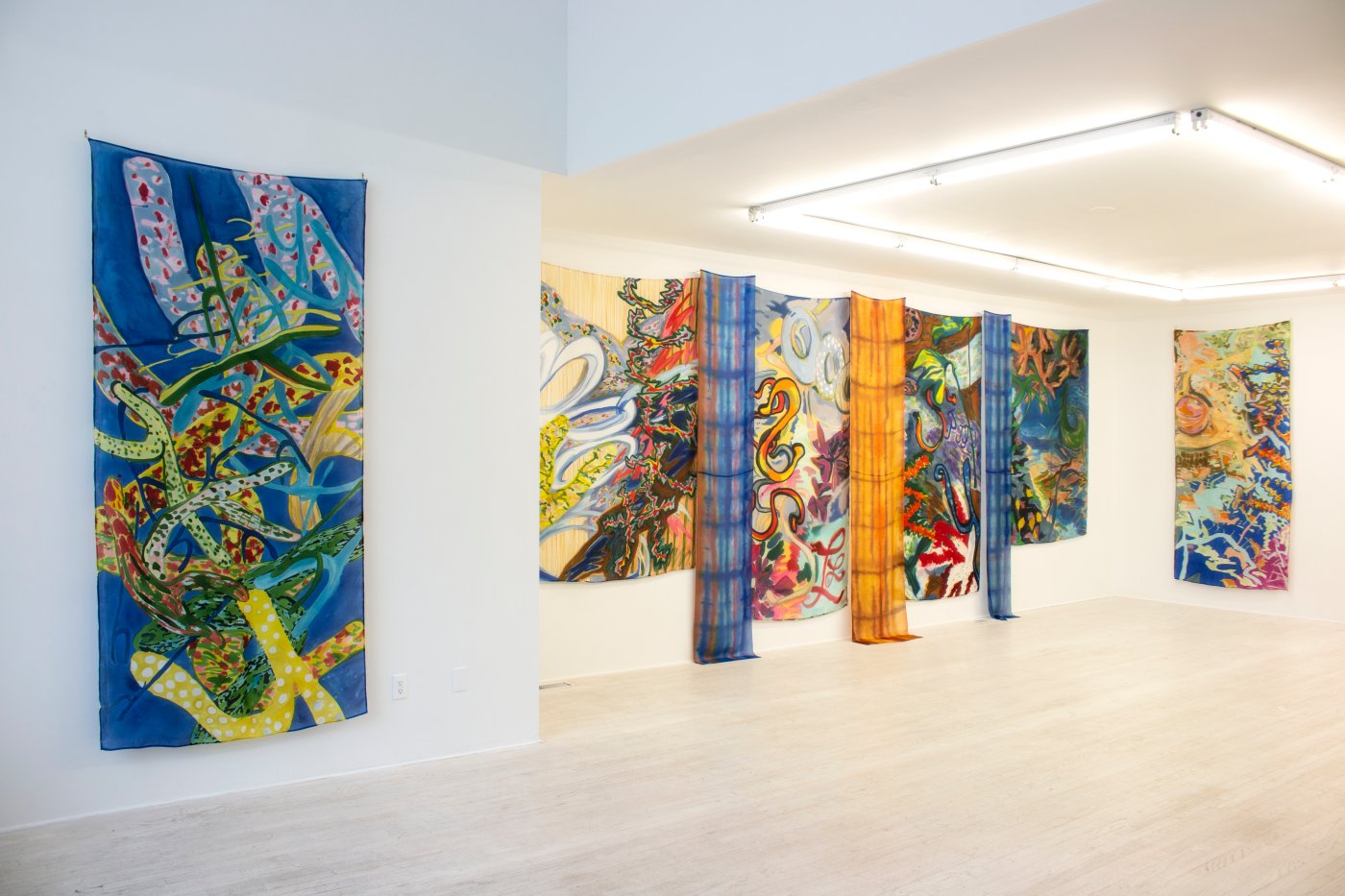 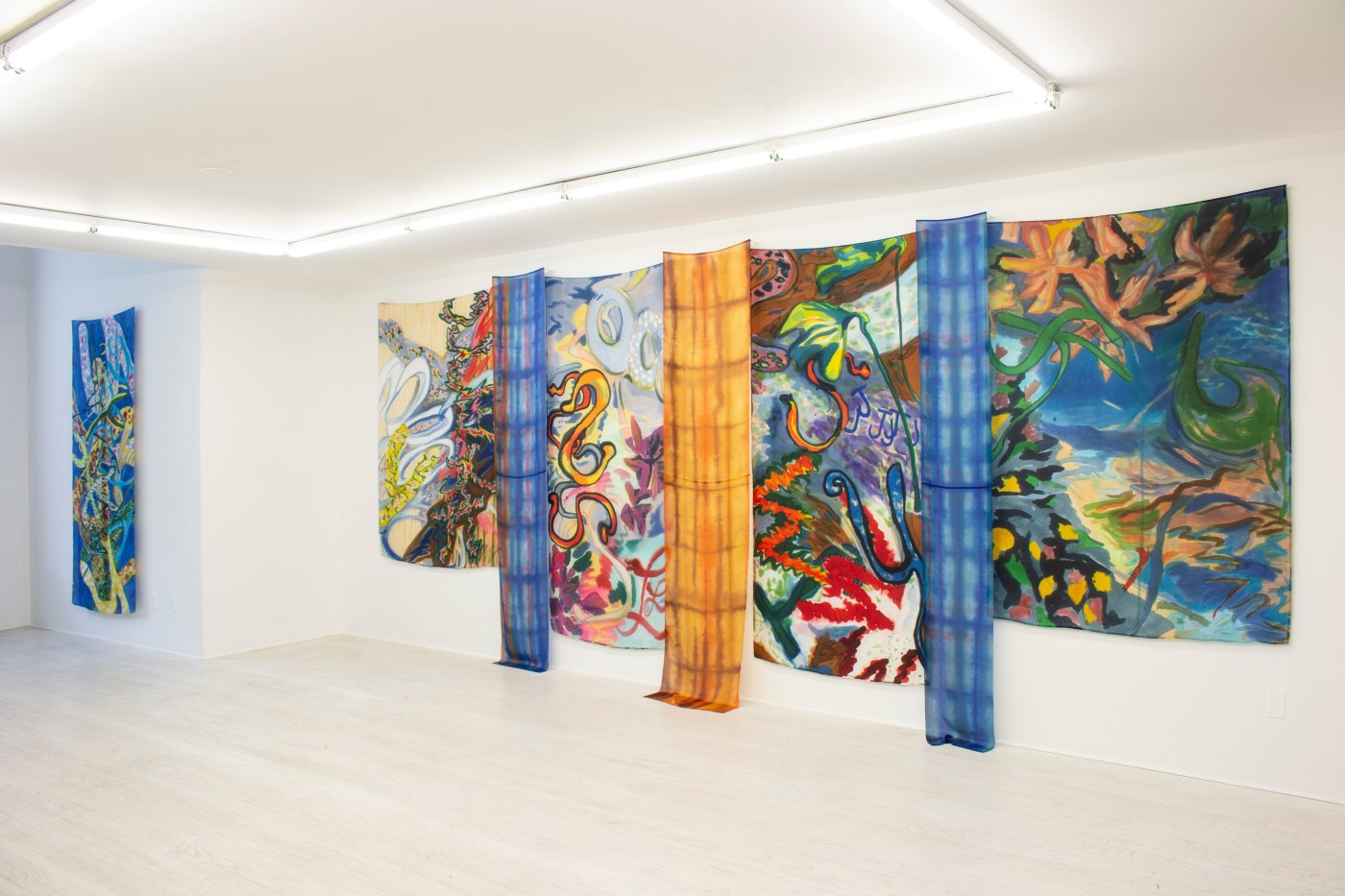 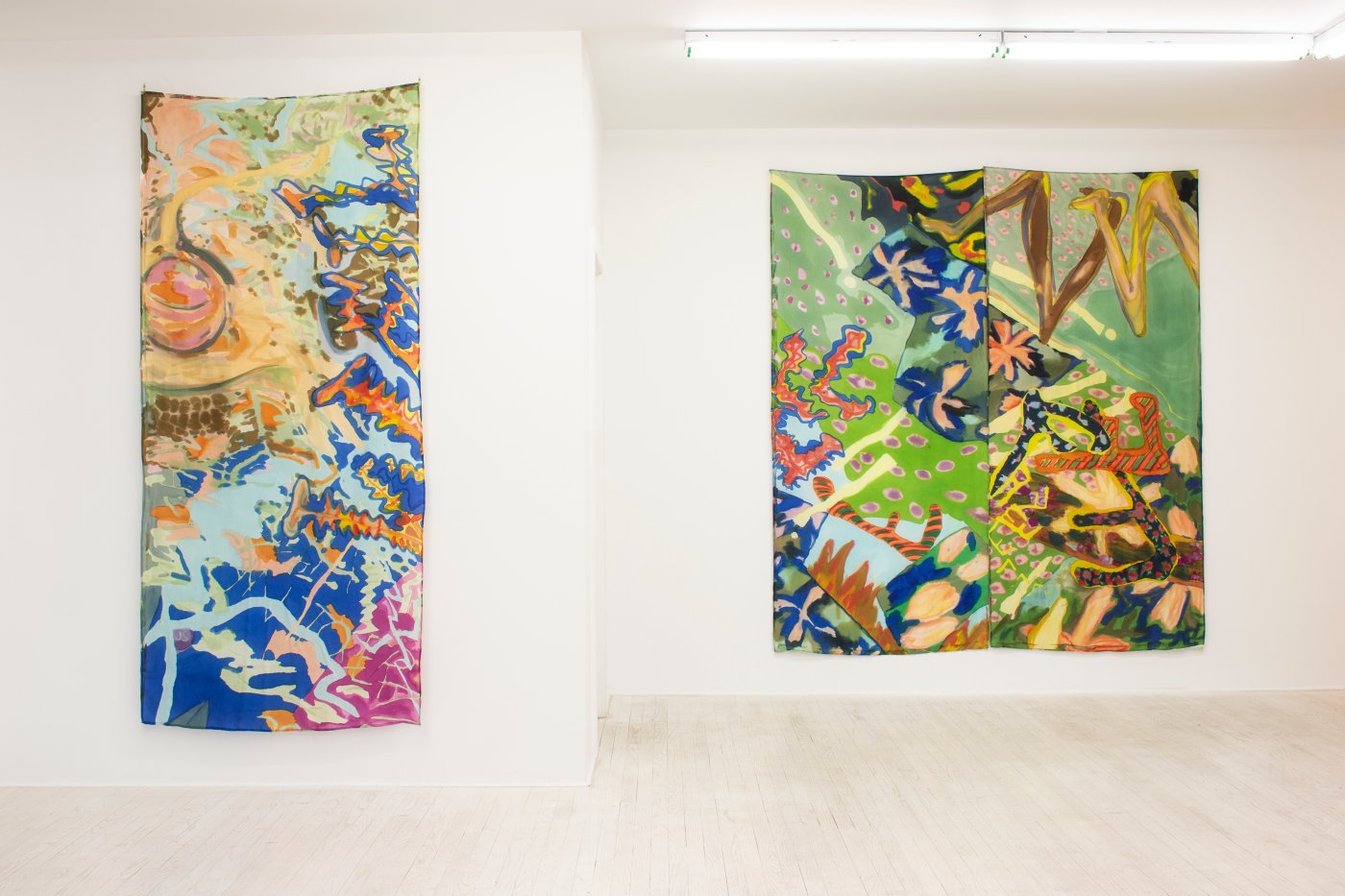 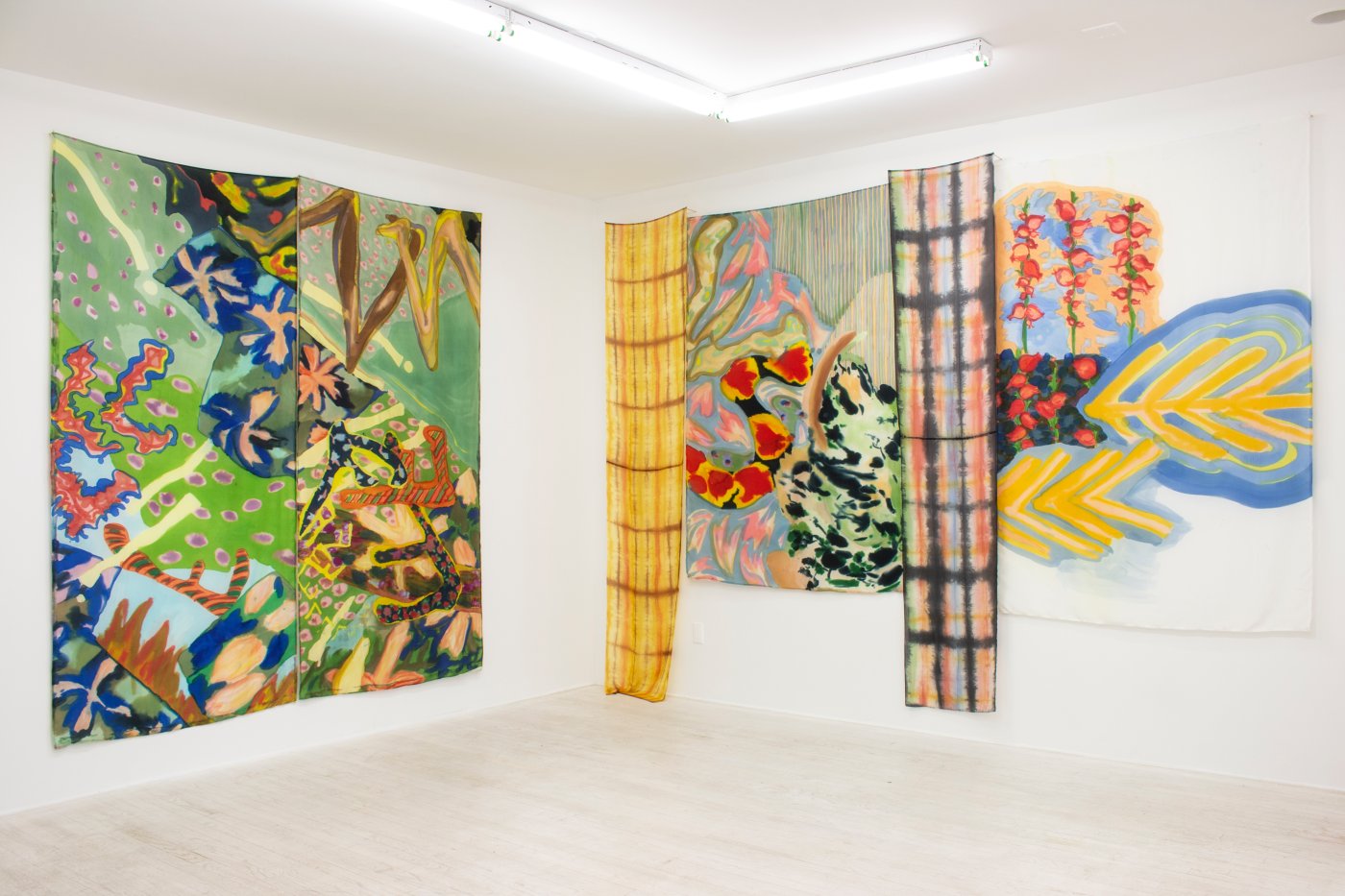 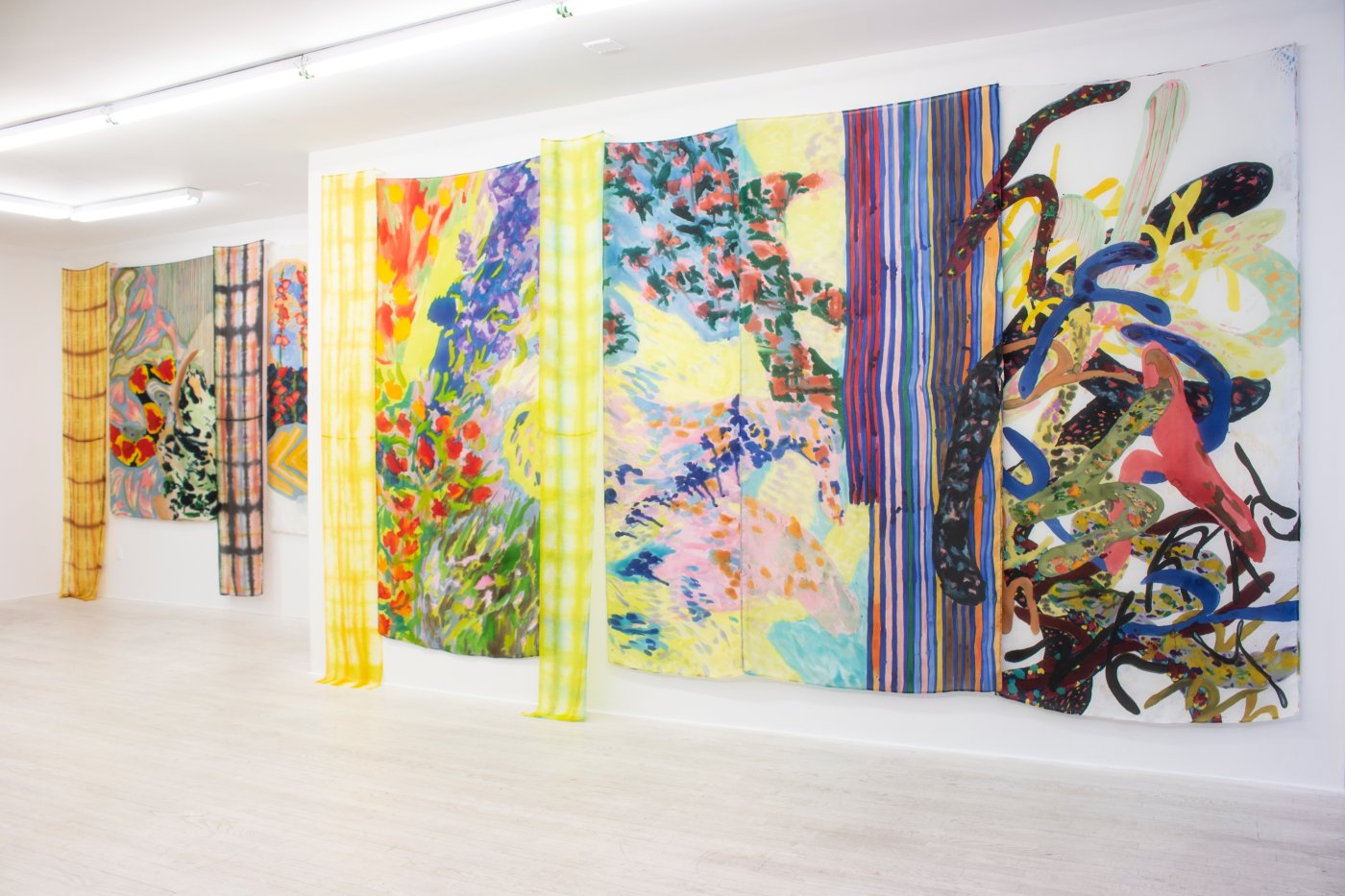 Luloff’s ambitious installation flows from floor-to-ceiling throughout the downstairs gallery creating an enveloping experience. Each dye on silk panel functions as its own work within linear groupings of landscapes packed with vegetative shapes interrupted by plaid borders. If the larger panels function as places, these sharper borders act as architecture or people peppered within her environments. Luloff has specific narratives in mind while working and arranging, though the sequences read more like memories or dreams that float into recall in bursts of varied clarity.

Luloff began this body of work with a shape borrowed from an earlier painting–a wishbone form that could also be interpreted as a y or h. She explored the form, repeating it over and over again, upside-down and backwards, examining all possible incarnations. With time, the y and h sound inhabited her thoughts as she painted them and the letters began to symbolize words like why? Or help! Or yes! More letters evolved from the y-h and more words, as the panel paintings became increasingly more descriptive of scenes, environments, spaces, with pattern as a key component. Often, a painting is made in reaction to the prior, or they are born from the same burst of energy and sound.

The work became increasing narrative for her in a process that she calls “imaging”. In this new approach Luloff is pulling forth images from her mind and depicting them. This is in contrast to previous bodies of work where she would be pairing swaths of pattern and color with fabrics on which she had drawn from life. In her previous bodies of work, she followed the material for exploration whereas here the imagery is guiding her journey.

While crafted with novel materials, and hung on hand-made brass rods without stretcher bars, this body of work is most in line with historical notions of painting. Luloff fully leaned into painterly concerns for Sequences and here the compositions are not sewn or glued together but contain all of her imagery within one rectangle. Luloff’s carefully arranged installation offers us a glimpse of how these works fuel each other in their creation and allow us to imagine an endless array of possible manifestations of her world.