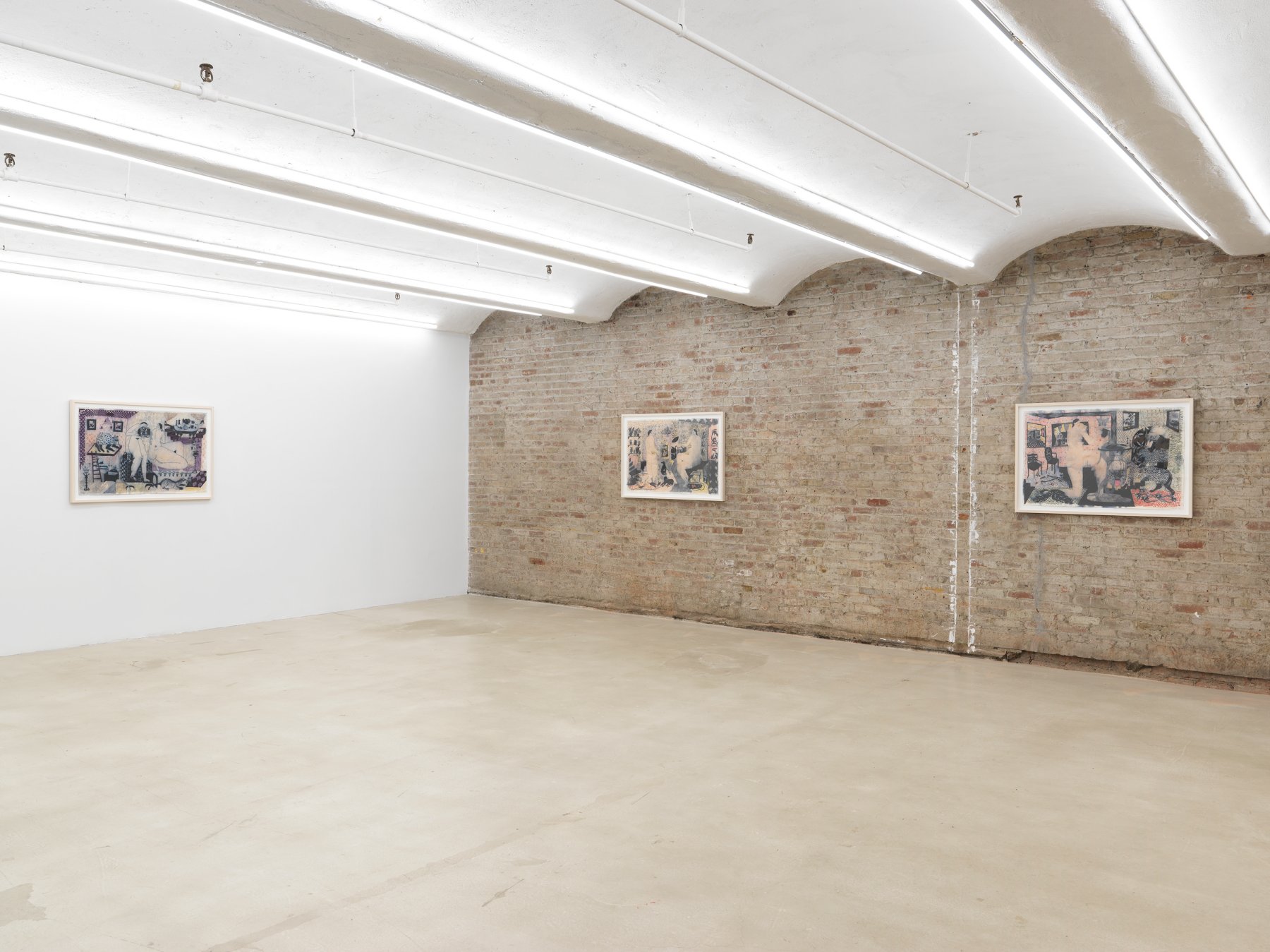 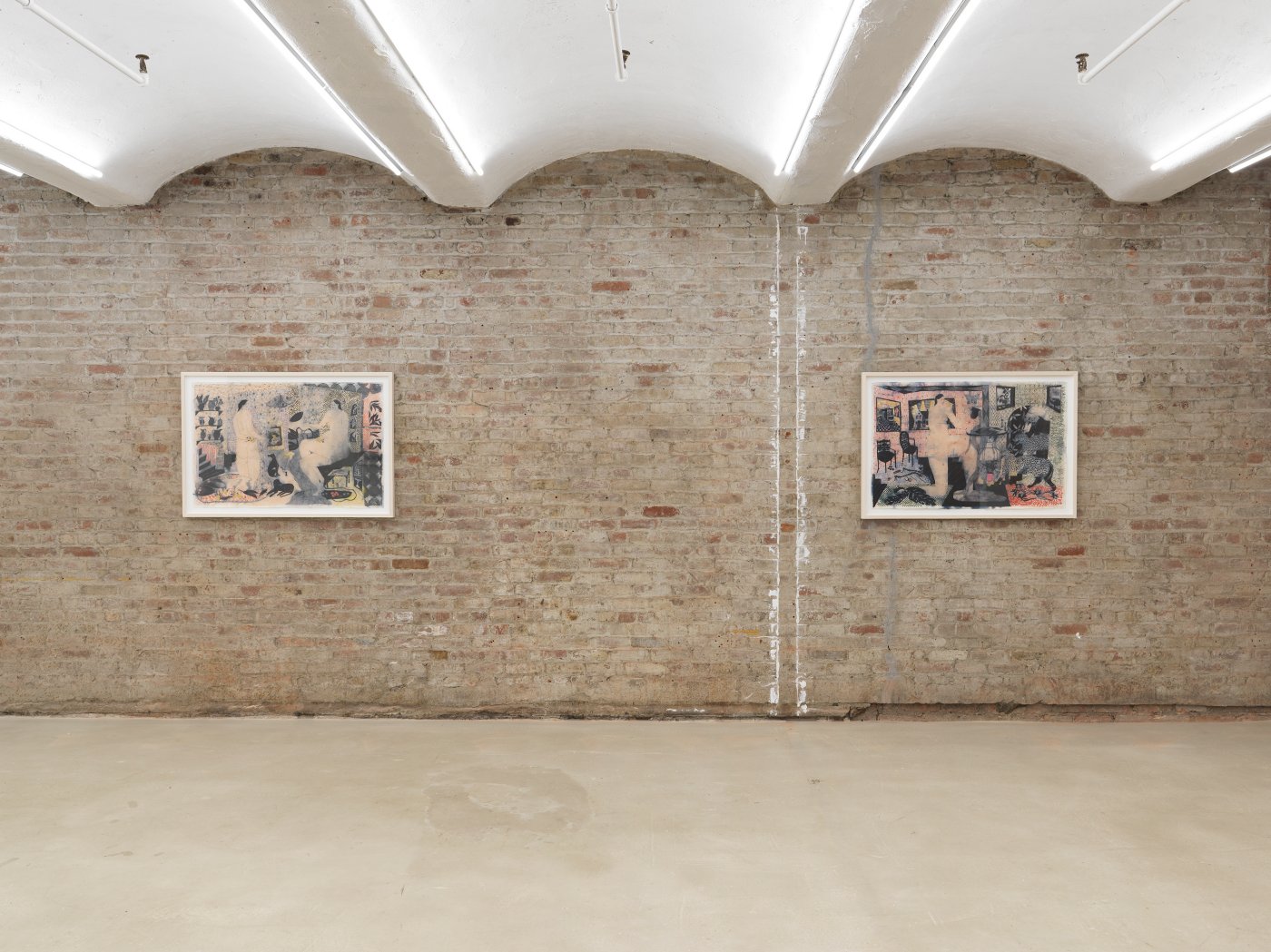 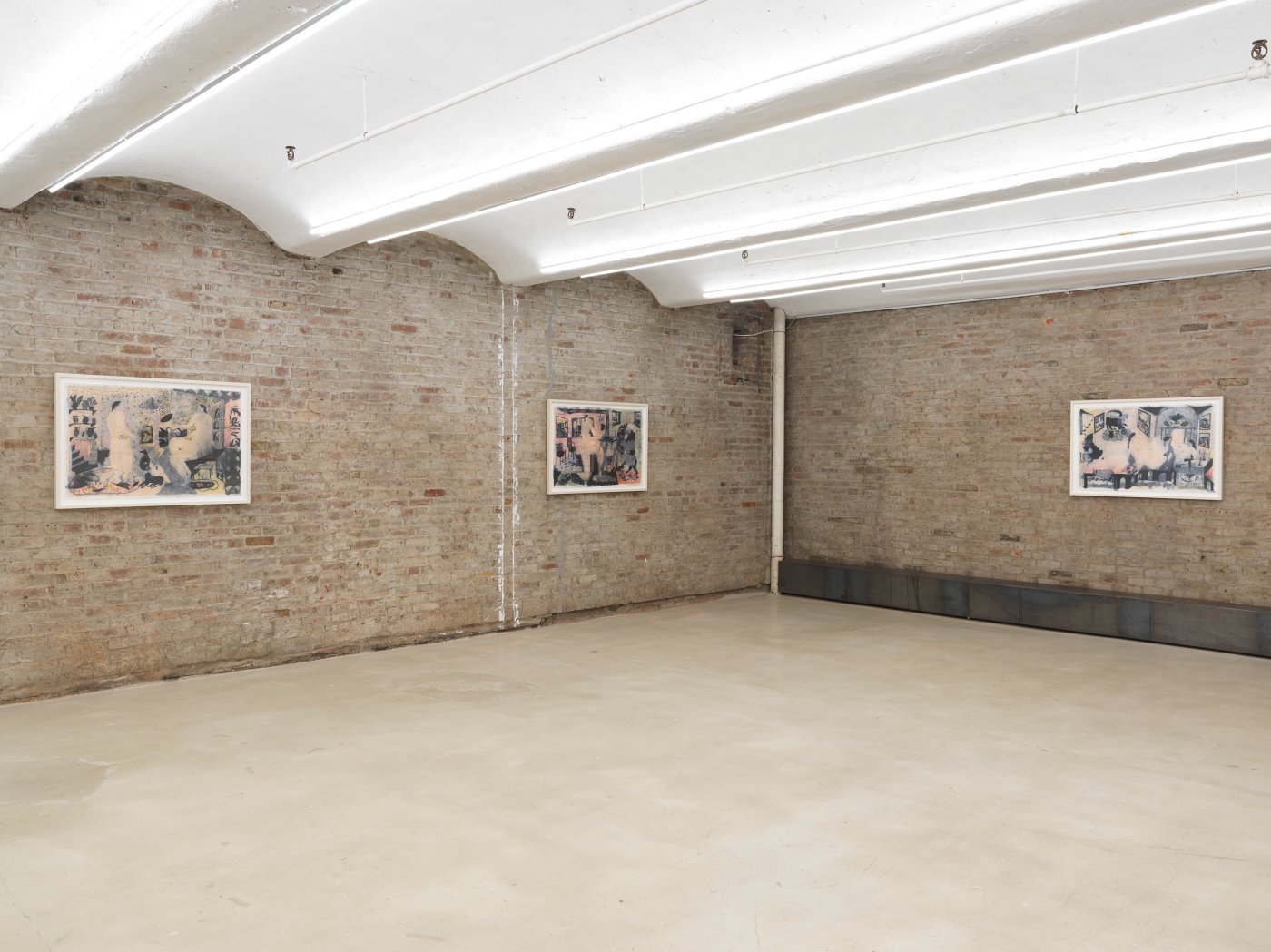 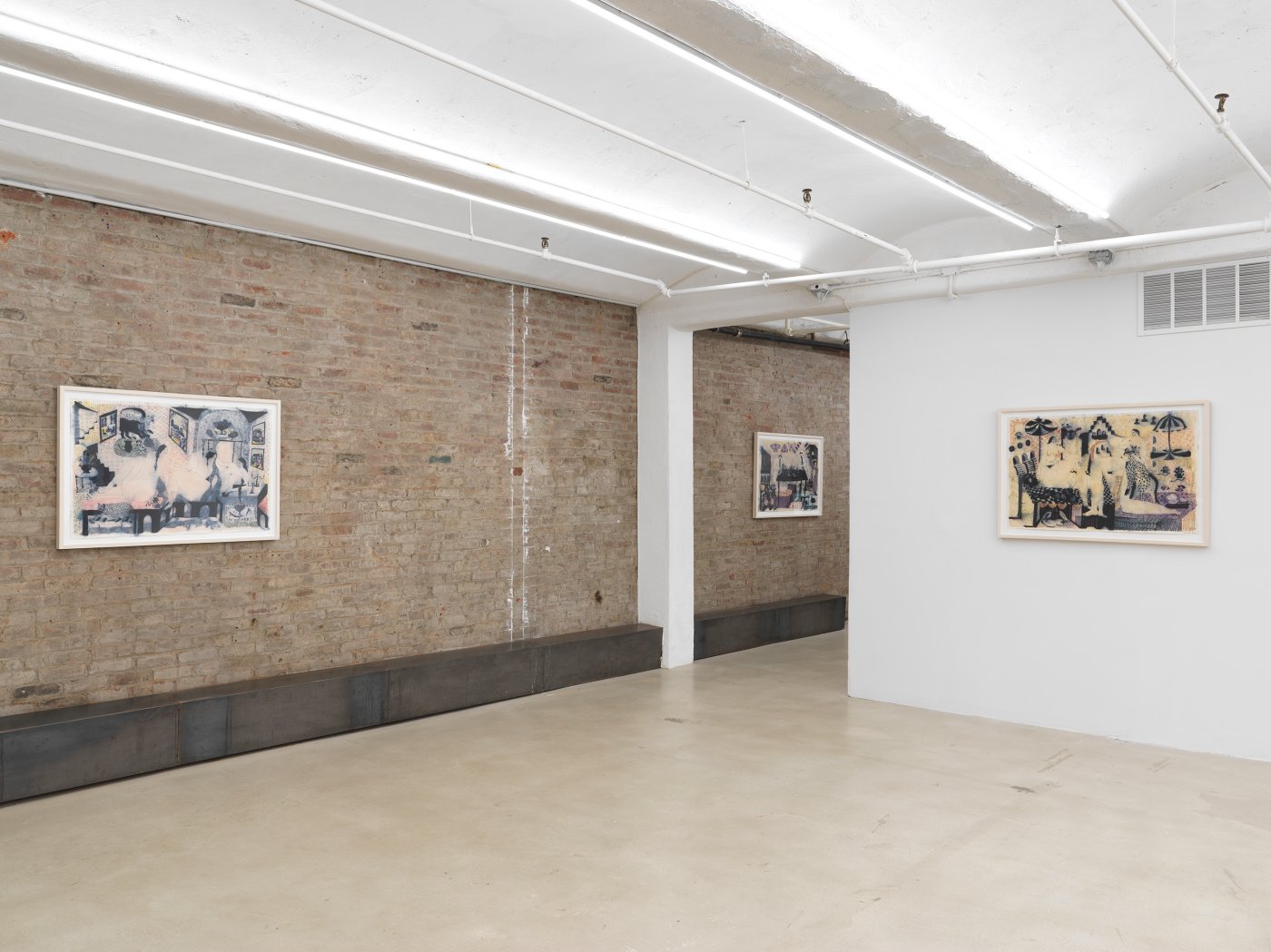 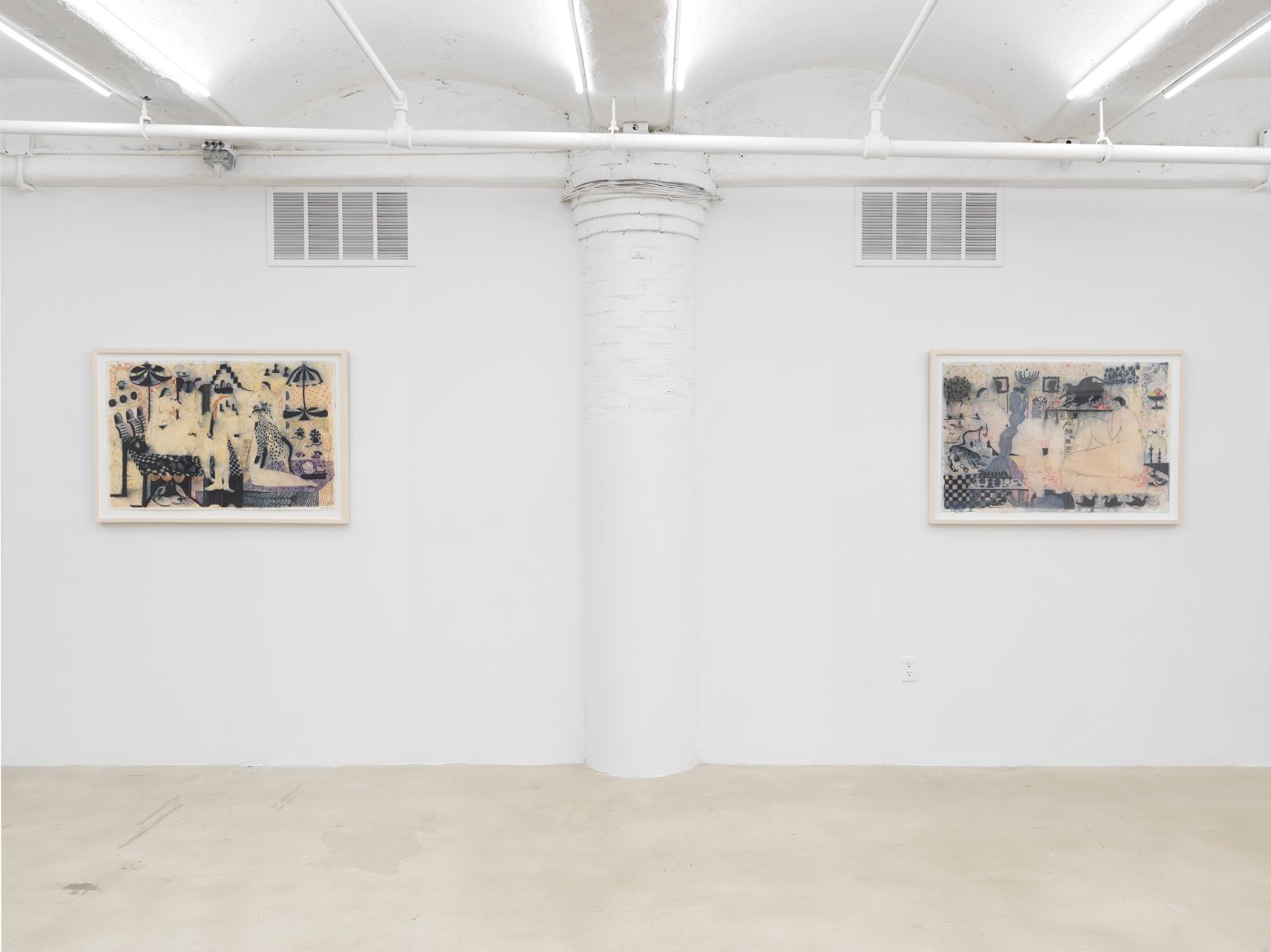 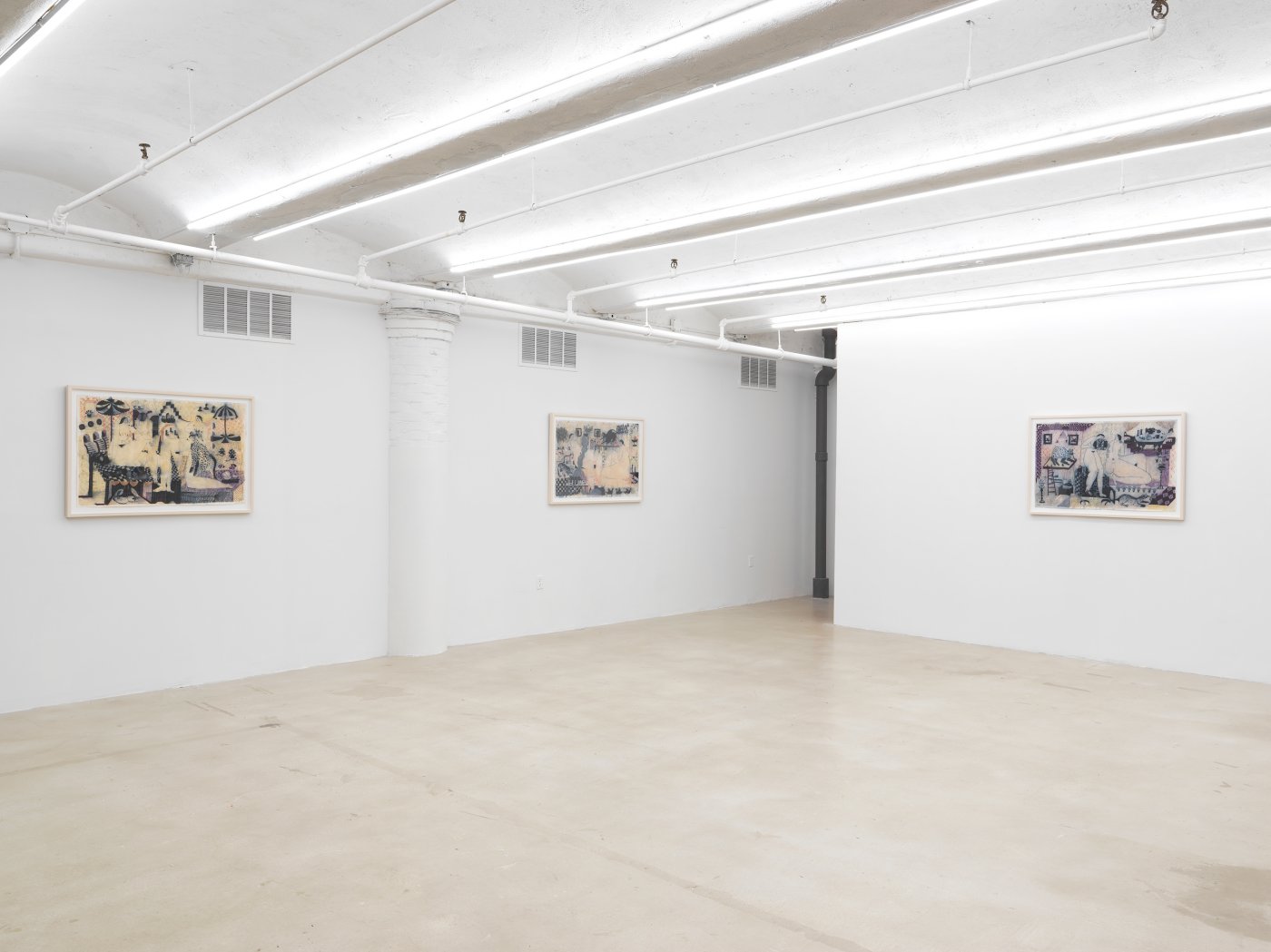 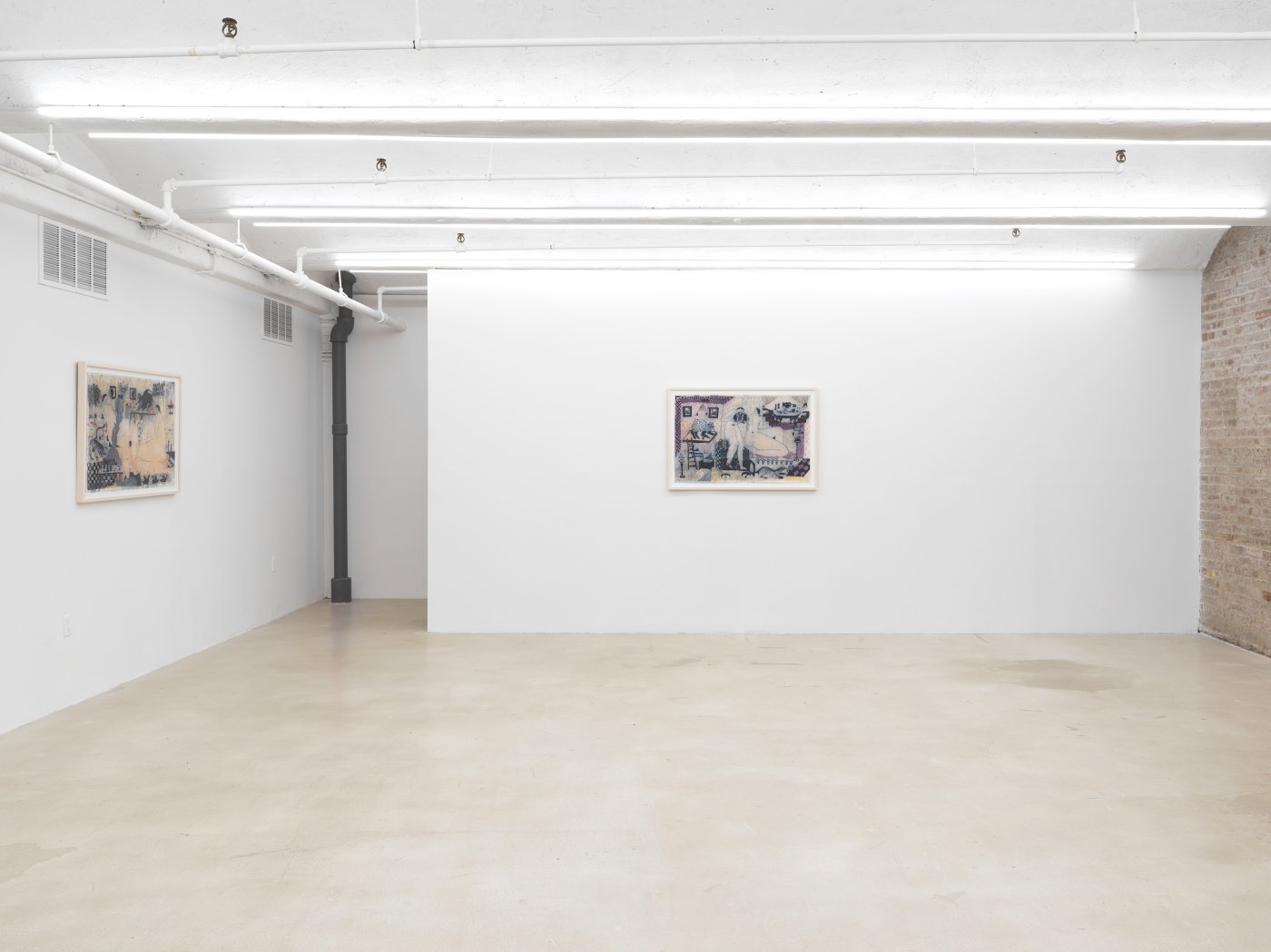 Roche’s layered and dynamic works on paper illustrate harmonic environments and depict scenes of empathetic touch and connection. Using nude female figures as the central subjects of her work, Roche distorts, elongates, and duplicates the female body in moody washes of acrylic paint and ink. Decorated interiors meld with exterior presences like wild animals, butterflies, and flowing rivers to create dream-like settings that explore balance and unease at once. Roche draws her influences from classical Greek mythology, handmade embroideries, domestic interiors, and her vivid dreamworld.

In Sulfur Cosmos, 2022, two nude female figures lounge above an arcade of rounded arches while streams of water pour out from amphoras, flowing between their bodies and through the architecture. Tables, plants, candelabras, and paintings, among other objects, fill the setting, giving it a home-like atmosphere. Meanwhile, in the background, two felines charge into the scene while a third remains confined to the lower right corner of the painting. Roche distorts the illusion of depth created by linear perspective resulting in a layered composition reminiscent of collage. The female figures, appearing unfazed by the simultaneous motion and idleness of their environment, engage tenderly with one another in a state of rituality and ceremony.

Roche’s interest in interior imagery began at a time in her life when she was bedridden due to a back injury and working from a specially-made drawing easel, the artist states, “I was in a lot of physical pain at that time. I really checked out mentally and found myself just drawing lines and trying to figure out how to portray spatial perspective by looking at my surroundings in my bedroom, it was sort of a coping mechanism.” Finding comfort in the repetitive line work of stairways, doorways, windows, and tangible objects, Roche began blurring boundaries between the internal and external.