Hauser & Wirth’s exhibition ‘Larry Bell. Still Standing,’ presents a range of the artist’s sculptural works from the 1970s to the present day. 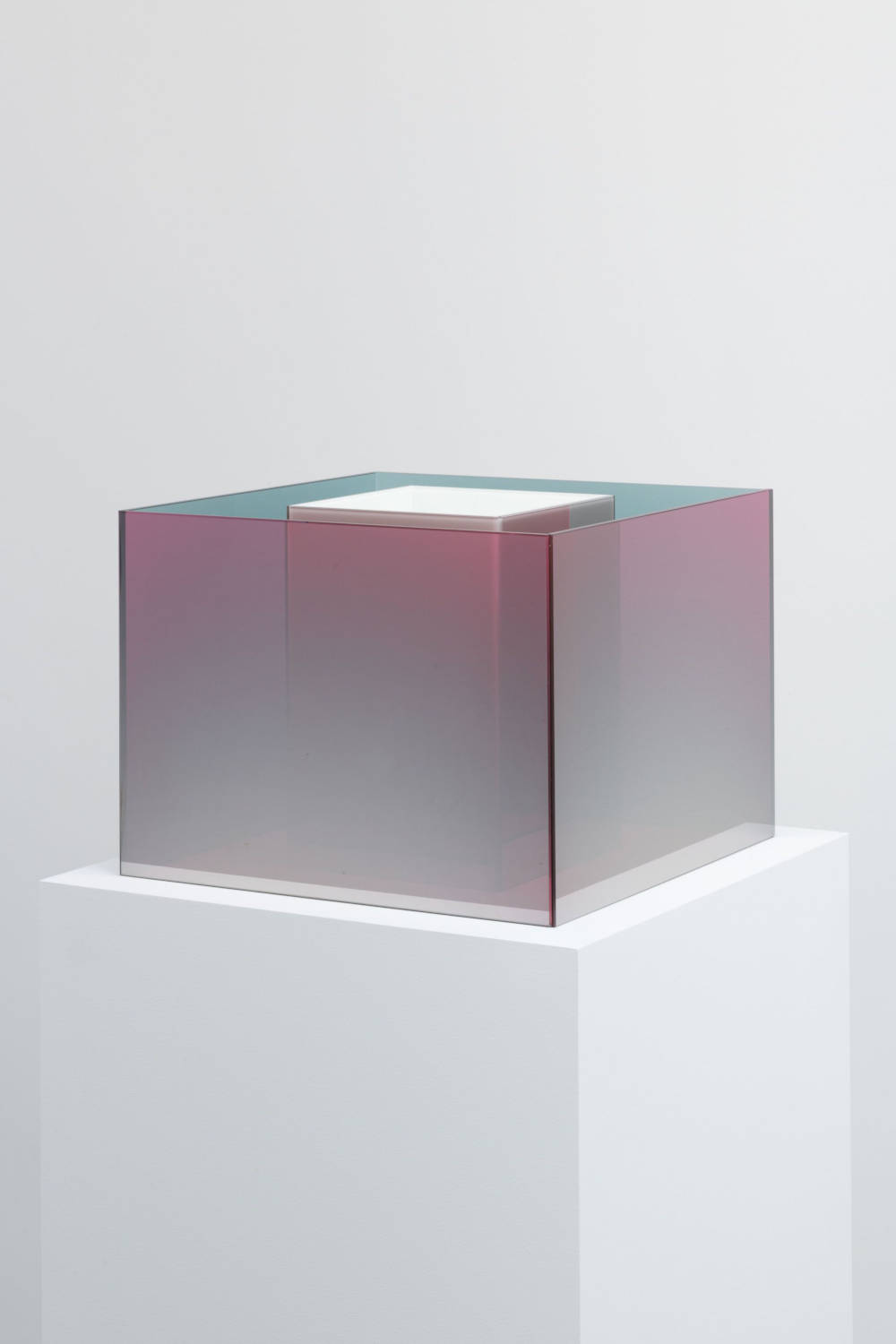 A pioneer in his approach to the surface treatment of glass, and a master of unprecedented explorations of light, reflection, and shadow, Bell has documented perceptual phenomena through a tirelessly inventive sculptural practice. This exhibition charts a less explored, but seminal moment in Bell’s practice when he began to radically deconstruct his signature glass cubes into the more architecturally-scaled, fragmented, crystalline forms or what he referred to as ‘standing walls.’ ‘Still Standing’ also presents a number of the artist’s small-scale studies, illuminating Bell’s process as he meditated on scale and translated his ideas into larger sculptural works.

Rather than being contained, Bell’s standing walls were site-specific to every space in which they were presented, wholly permeable to their setting. The immersive environments created by his standing walls were capable of challenging perception in new ways, their expansiveness opening viewers up to other ways of seeing. In examining this body of work, the exhibition highlights the artist’s critical contribution to the history of Minimalism and installation art. The exhibition traces Bell’s evolution after a move to Taos, New Mexico in 1973. Finding conventional gallery spaces of the time could not physically accommodate what he aspired to produce, Bell set out to make work on his own terms.

Bell’s installations quickly rose to acclaim as they attracted institutional exhibitions in the 1970s. Among the most widely known of the standing walls is ‘The Iceberg and Its Shadow’ (1974). This sweeping work, which consisted of fifty-six large-scale, freestanding glass panels, was first shown at the Fort Worth Art Museum, Texas, and later became part of the collection at the Massachusetts Institute of Technology.

Three standing wall works are exhibited in Hauser & Wirth’s ground floor space, including two recent largescale icebergs. Standing at eight feet tall, these works embody the influence of the American West – the ways in which the distinctive light and vast, open space encourage a more wide-ranging vision of technical and aesthetic possibilities. The third standing wall and the earliest work in the exhibition, ‘Griffins Fracture’ (1977) employs glass coated with Inconel, and exemplifies his coated glass works by controlling the flow of natural light and modulation of shadows through reflective, translucent materials. Other pieces from this series have been exhibited in such institutions as Tate Gallery in London and the Chinati Foundation in Marfa, Texas, and notably in the 2011 exhibition Pacific Standard Time at the Getty Center, which renewed attention to this body of work. ‘Still Standing’ marks the first New York City gallery exhibition of the iceberg works. Ever changing and varying in transparency, opacity, and tone, these large scale sculptures act in direct dialogue with their environment.

The juxtaposition of small-scale sculptures with their larger scale counterparts showcase the artist’s process and the unparalleled technical skill he has brought to the fabrication of his art over the course of six decades. Featuring works with coated color glass – the first time these have been shown – the exhibition exemplifies the complexity of the optical techniques employed in Bell’s practice. Pieces such as ‘Untitled’ (1985), show Bell’s early experimentation with coating and improvisation. In ‘Glacier’ (1999), Bell tests a new iceberg form, while in Bell’s ‘nesting box’ works – open cubes without top or bottom panels – Bell updates his process to include color coated laminated glass sheets, such as in ‘Untitled’ (2019) in Mist, Spa, Sunflower, and Optimum White. These smaller scale works form a precursor to his larger works, demonstrating his process and forming a central part of his practice today.

An accompanying exhibition brochure includes a group of Bell’s reference drawings for ‘The Iceberg and Its Shadow’ and further examines this formative period in the artist’s career.