Sean Kelly presents Asymmetrical Symmetry, an installation of newly created paintings by Landon Metz. For his inaugural exhibition with the gallery, Metz has created a new body of work in direct response to the architecture of the space. 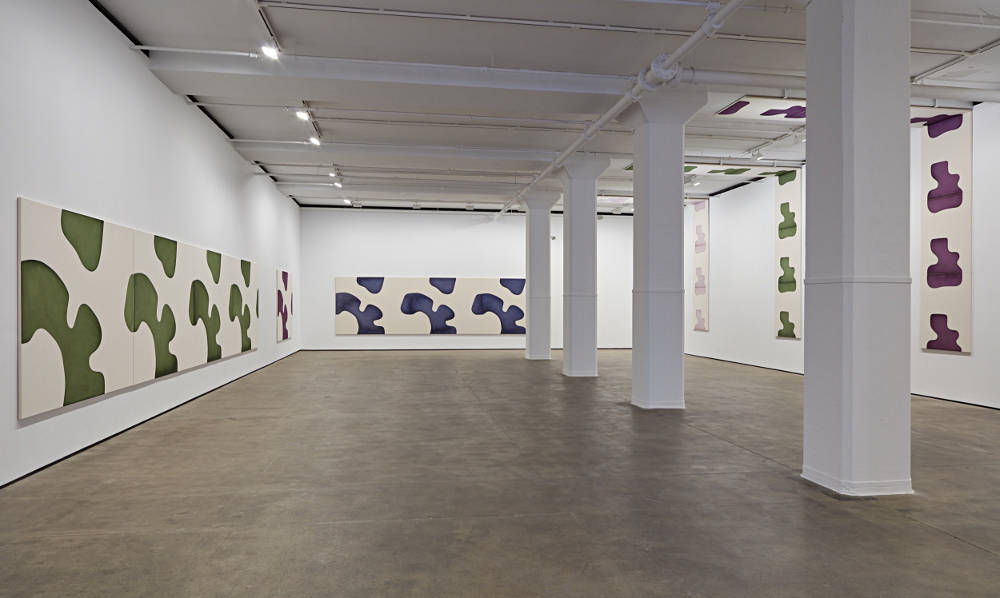 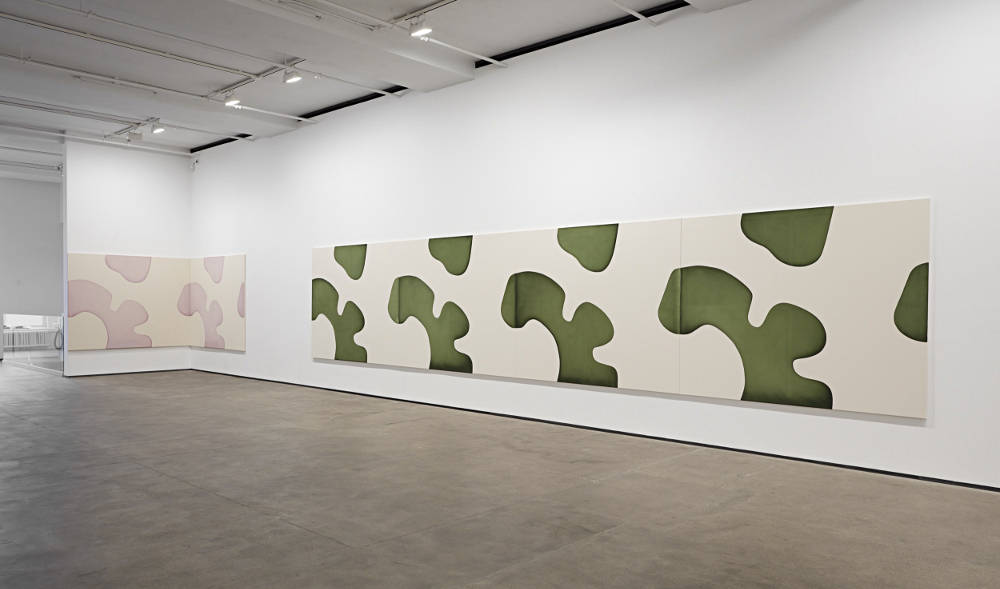 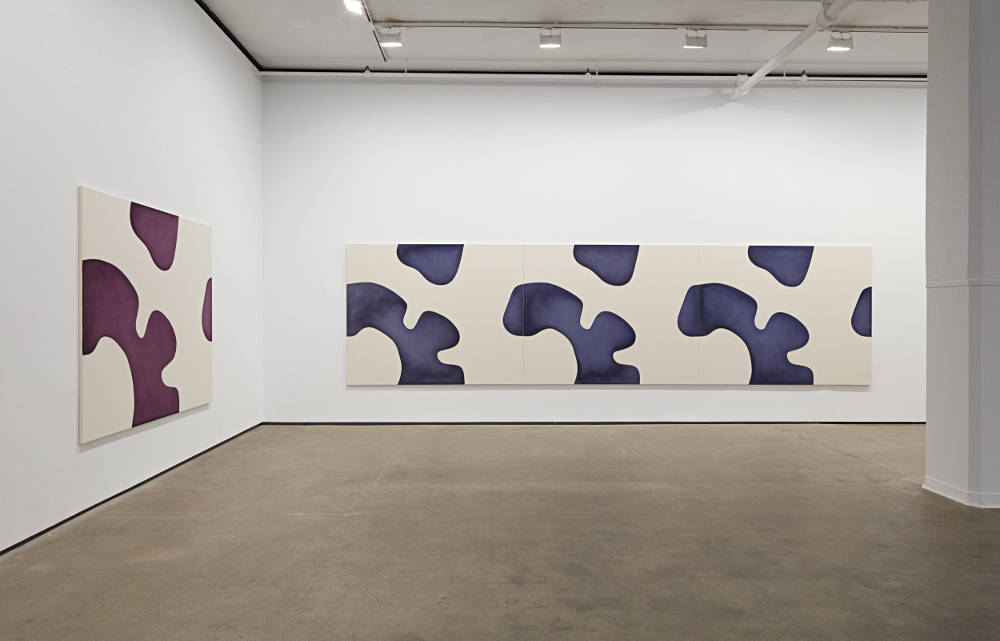 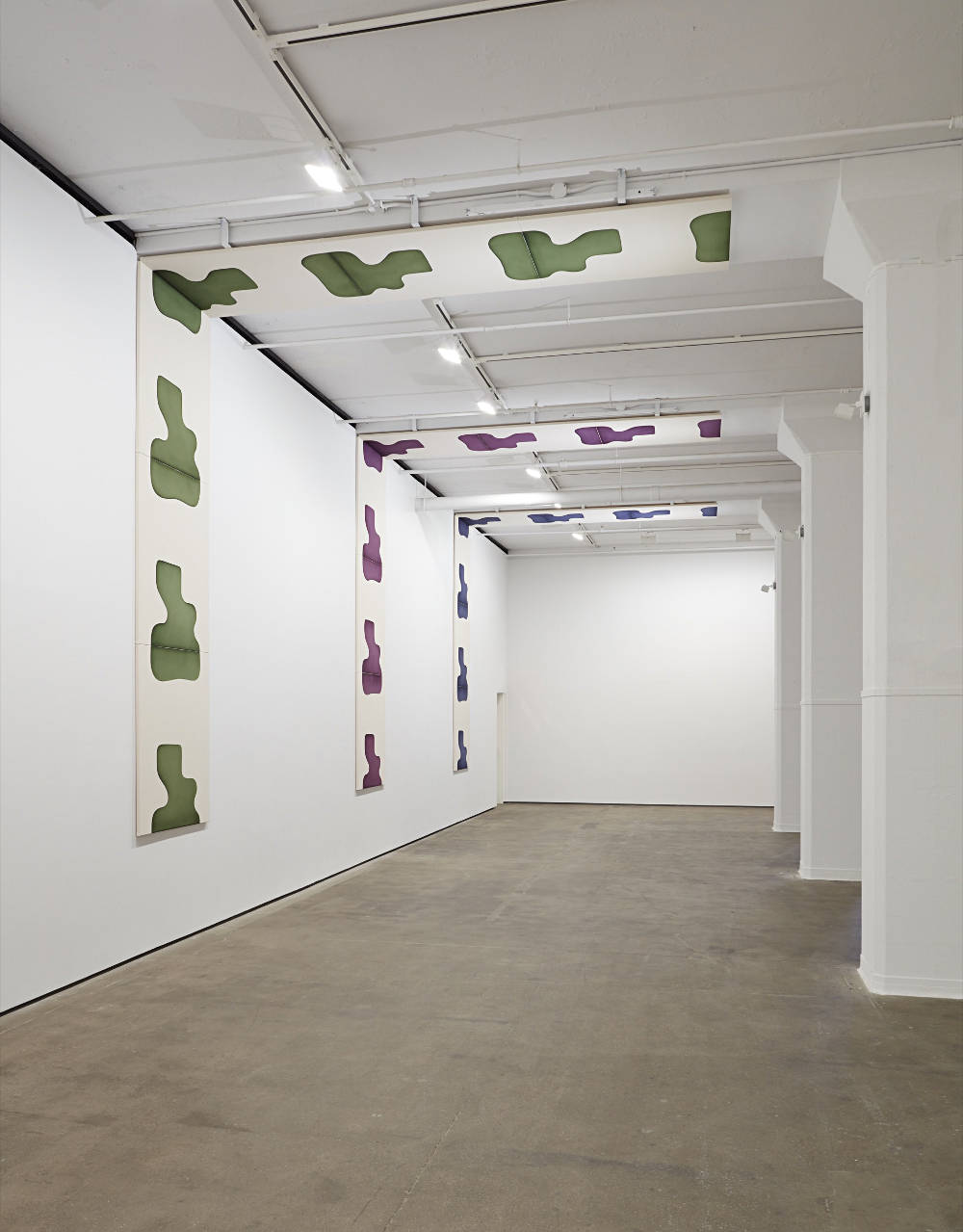 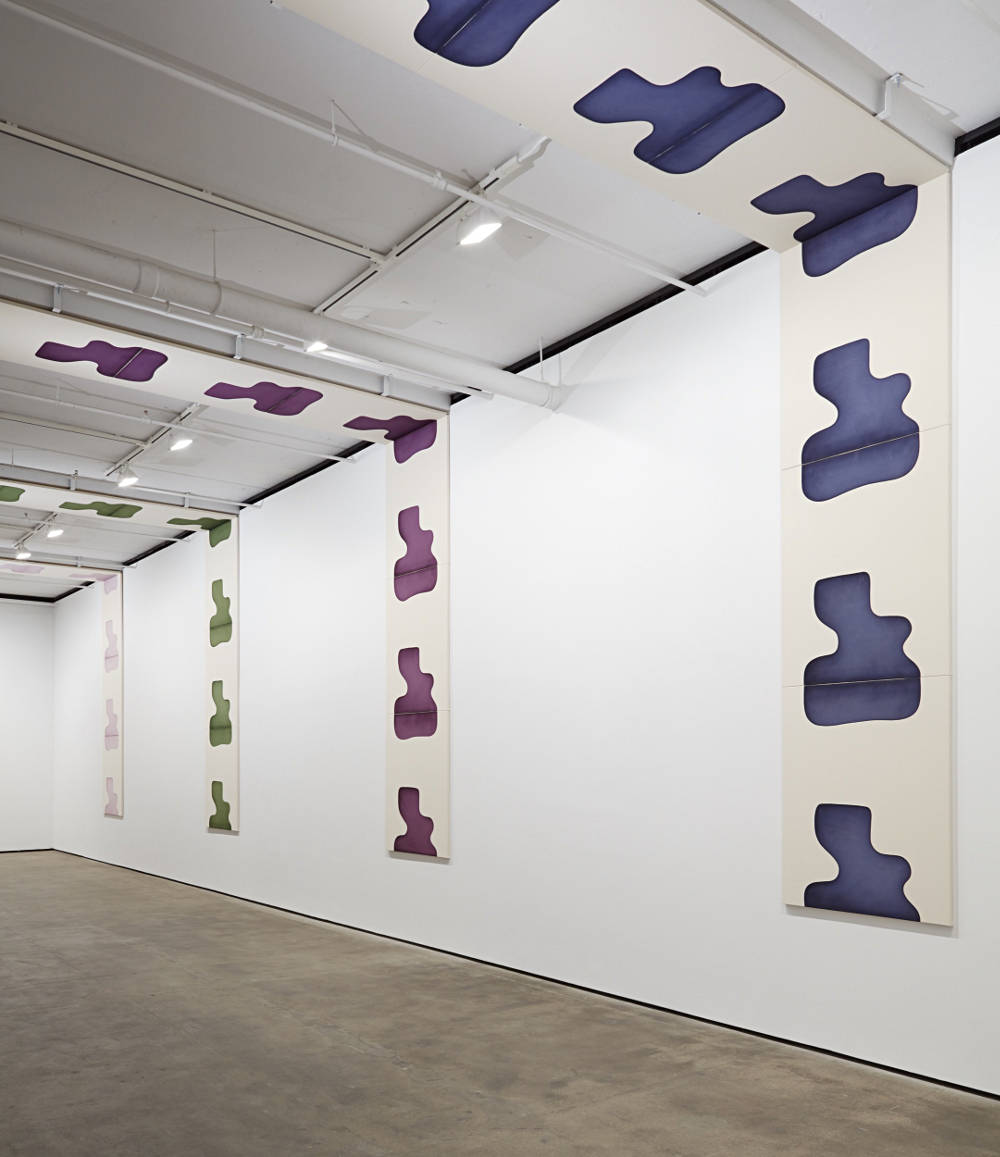 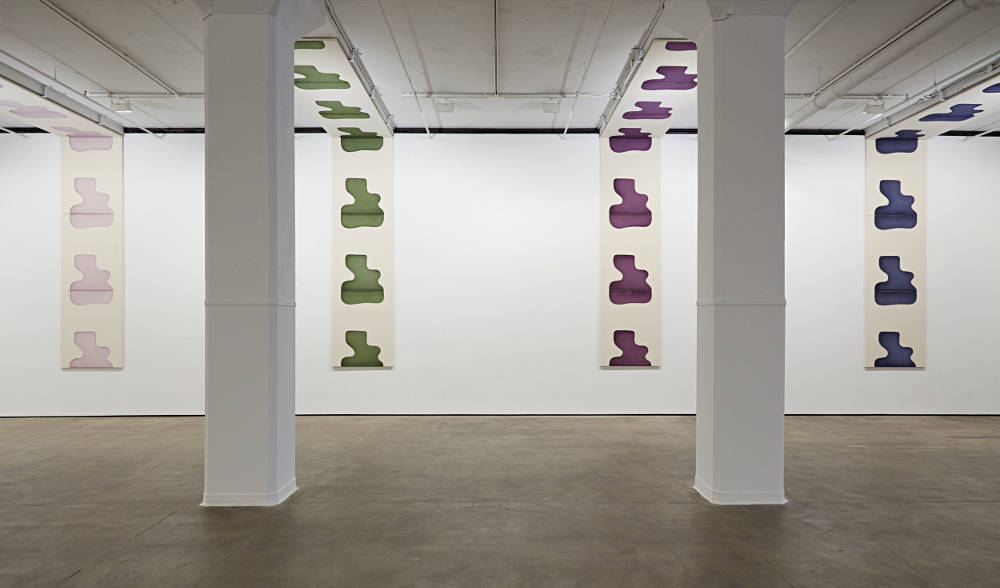 Site-responsive rather than site-specific, each canvas functions simultaneously as an independent work and a constituent component of a larger, experiential environment.

Chance and repetition are consistent themes informing Metz’s various bodies of work and qualities that connect the five distinct groups of paintings in this exhibition. Rendered in four unique colors, two of which are new to the artist and will debut in this exhibition, Metz’s paintings are displayed in an atypical manner, in this instance progressing through the gallery in a serial fashion, moving both horizontally and vertically across the space. Displayed as diptychs and triptychs, alone and in larger groups, the canvases echo specific measurements taken from the architecture of the gallery. The works proceed throughout the gallery and onto the ceiling, encouraging the viewer to experience the exhibition in different ways.

Just as Metz’s approach to presentation departs from the traditional, his method of composition is uniquely distinctive. Rather than paint in the typical manner, Metz uses a specially devised pigment dye, which he pours onto unprimed canvas, coaxing the liquid into vaguely biomorphic shapes. This labor-intensive process is lengthy as the dyes take many hours to evaporate and dry. The elements of time and action that infuse the making of his paintings distinguish Metz’s practice as both meditative and performative.

This technique yields paintings of spare elegance, yet they are visually dynamic. The absence of the artist’s hand in the finished work is one Metz likens to Duchamp’s concept of the ready-made, in which selection and repetition displace the aura of artistic originality. Chance and uncertainty also play a role in the production of Metz’s paintings, further linking his work to that of John Cage, who similarly relied on principles of repetition and time as essential constituents of his compositions.

Metz’s work has been exhibited in solo exhibitions in Switzerland, Norway, Denmark, and Canada and most recently at the Museum Pietro Canonica, in Rome, Italy. He will be the subject of a solo exhibition next year at MOSTYN, a contemporary arts center in North Wales. Metz was the artist in residence at the ADN Collection in Bolzano, Italy in 2014. Metz was born in Phoenix, Arizona and currently lives and works in Brooklyn, New York.

From the VRchives: Landon Metz: Asymmetrical Symmetry @seankellyny New York, presented from 7 September to 20 October 2018 new paintings created in response to the architecture of the gallery space, that are site-responsive rather than site-specific, each canvas functioning both as an independent work and a constituent component of a larger, experiential environment click the link in our bio for further details #fromthearchives #360 #360art #360photo #VR #VirtualReality #LandonMetz #SeanKelly #SeanKellyGallery #NewYork #NYC #gallery #exhibition #art #painting #abstract #geometry #contemporaryart #modernart #seemoreart #GalleriesNow #ID13435