Galerie Gmurzynska presents to its New York audience La Main de Picasso, the centerpiece and namesake of the exhibition being a rare and singular treasure: a plaster cast of Pablo Picasso’s left hand. 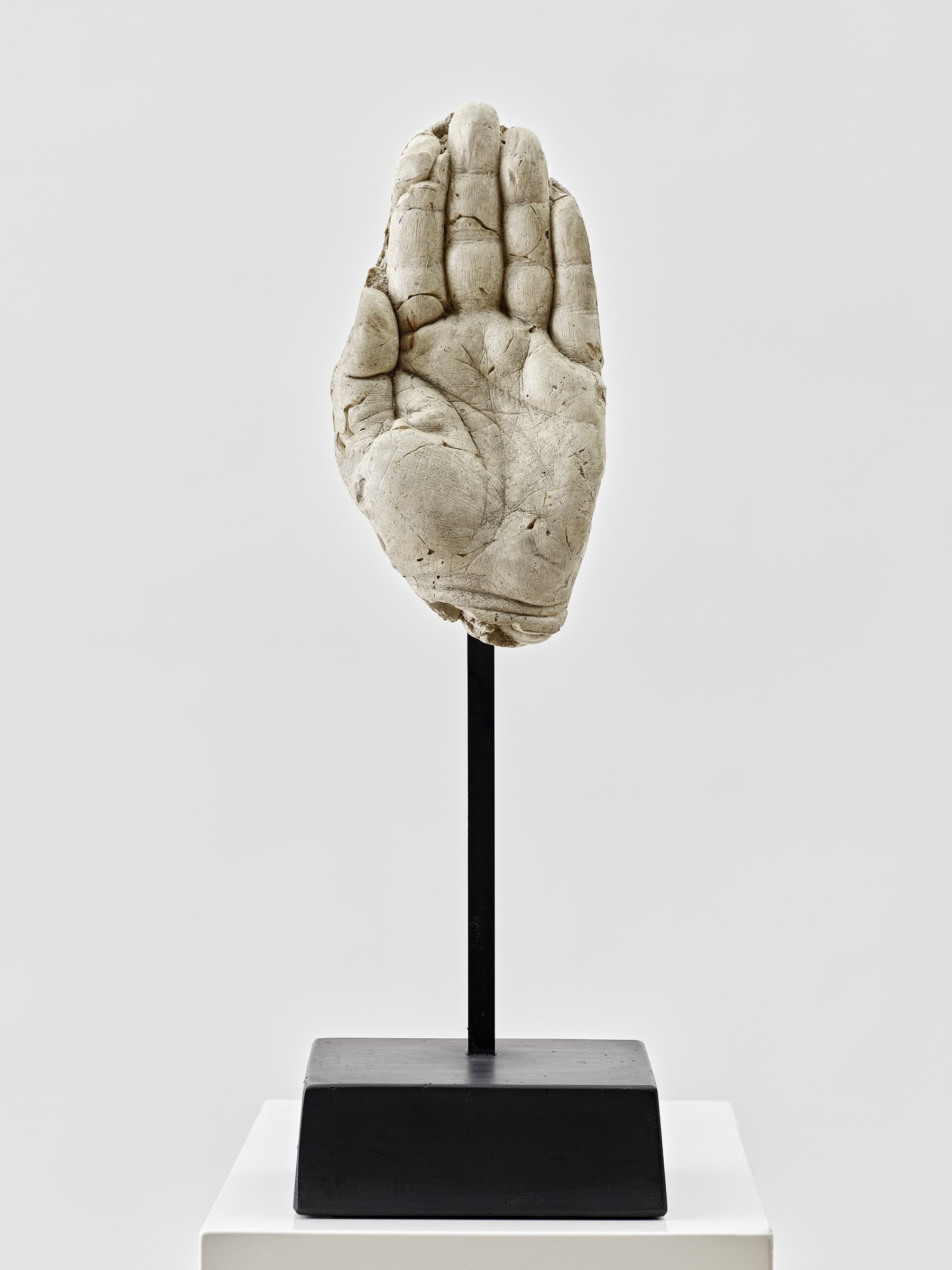 The show is based on an academic essay by Dr. Jérôme Neutres entitled God’s Left Hand: Analysis of the plaster sculpture of Pablo Picasso’s palm. Produced in 1937, the same year as Guernica, the plaster sculpture of Pablo Picasso’s left hand is the only known modelling exemplar in Picasso’s oeuvre of his left-hand palm – the only possible life model for the right-handed sculptor– whereas the artist’s hand is a recurring motif in his paintings and sculptures. To Picasso, the hand bespeaks of the academic subject that reveals the artist’s talent; it becomes the symbol of the creative force while representing the bodily part that exemplifies the fate and character of being; lastly, and essentially, the hand is at once motif and subject of the imprint, a theme that fascinated Picasso for he was drawn to art brut and primitive art. It is not coincidental that, for the cover of the first Catalogue Raisonné of Picasso’s sculptures in 1949, Daniel Kahnweiler chose a photograph depicting a plaster sculpture of Picasso’s hand.

Picasso took to sculpting in Barcelona, in the year 1902. He went on to become a prolific sculptor as well as a painter. The work presented here is a single plaster cast of Picasso’s left palm from a series of plaster studies dear to the artist, who fondly called them ‘his plastics’. Between 1930 and 1935 in his sculpting studio at the Château de Boisgeloup, then in Paris until 1944, Picasso devoted himself mostly to plaster, experimenting with modelling, assemblage, and imprints. Influenced – as in his paintings – by primitive sculpture, Picasso engaged in a dialogue with matter, physically confronting his hands with clay, and plaster in particular. Picasso, who deemed the bronze casts of his works as too impersonal, often favoured the final form of the raw material, such as plaster. Speaking of his plaster sculptures, Picasso told his friend and exegete Pierre Daix: “They were much more beautiful in plaster… I wouldn’t even consider casting them in bronze at first…”

This unique historic work is listed in the Catalogue Raisonné des sculptures de Picasso (N°220 C), as well as in the following catalogues: Une Collection Picasso, Œuvres de 1937 à 1946, Huiles, Gouaches, Dessins, Collages et Découpages from the ‘Marie-Thérèse Walter’ Collection, Galerie Krugier, Geneva, December 1973 (introductory illustration); and Picasso. The Sculpture, Galleria Borghese, Rome, from 24 October 2018 to 3 February 2019 (pp. 186-187). Owned by a famous collector who acquired it from the Picasso Estate, this mythical work has not been exhibited in public for more than twenty years.

Galerie Gmurzynska New York invites you to view the work in person, and to explore the symbolic and personal meaning of this work to the artist himself and to the present-day viewers.