Pilar Corrias presents a solo show by Koo Jeong A at the gallery’s Savile Row space. 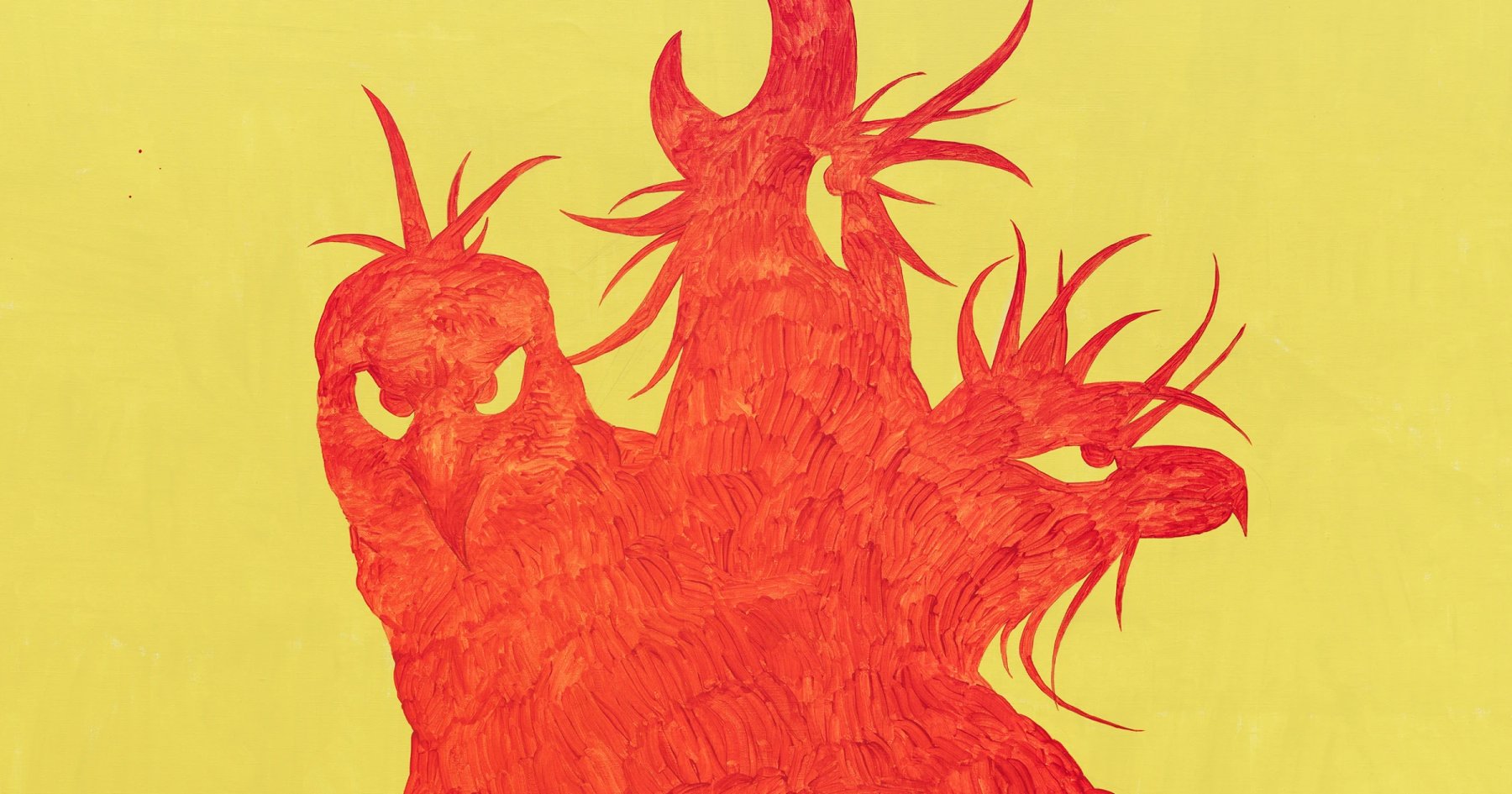 Meaning ‘face of the east’ in Korean, [ YONG DONG ] features a new series of paintings of a red, three-headed eagle – the artist’s play on a familiar South Korean amulet that is worn to ward off evil spirits. During the Coronavirus lockdowns, Koo kept finding themselves drawn to the motif of the eagle – a migratory bird with no restrictions, a symbol of freedom, lightness and strength.

The artist’s compositions of the monstrous bird perched on a rocky crag are based on the landscape of Hakdong Park and Dosan Daero in Seoul, where golden eagles could often be seen feasting on animal carcasses. After years of increasing urban development, the natural environment has subsequently diminished. These paintings are contrasted with small-scale paintings of rocks, from which Koo’s creature is absent. Taking inspiration from a fifteenth-century wrought iron pedestal in the Metropolitan Museum of Art’s collection that may have served as tabernacle, the rock is imbued with an almost holy, altar-like significance.

The exhibition also features new works the Seven Stars series, where hand-drawn, red, linear stars converge and collide. A continuation of their interest in the innate connectivity between earthly and universal matter, for Koo Jeong A these works exemplify the ways in which the energies of our bodies and those of the stars are not only aligned but intricately woven together.

The new works continue the investigations of the artist’s manifesto ‘Living and Working Everywhere. Citizen of Everywhere. Innovation.’

Since the early 1990s, Koo Jeong A’s work reflects on the invention of space, the senses and the body; incorporating objects, still and moving image, elements of audio and scents. Many of the artist’s works, conceived within site-specific environments, question the limits of fact and fiction, the imaginary and actuality of our world.