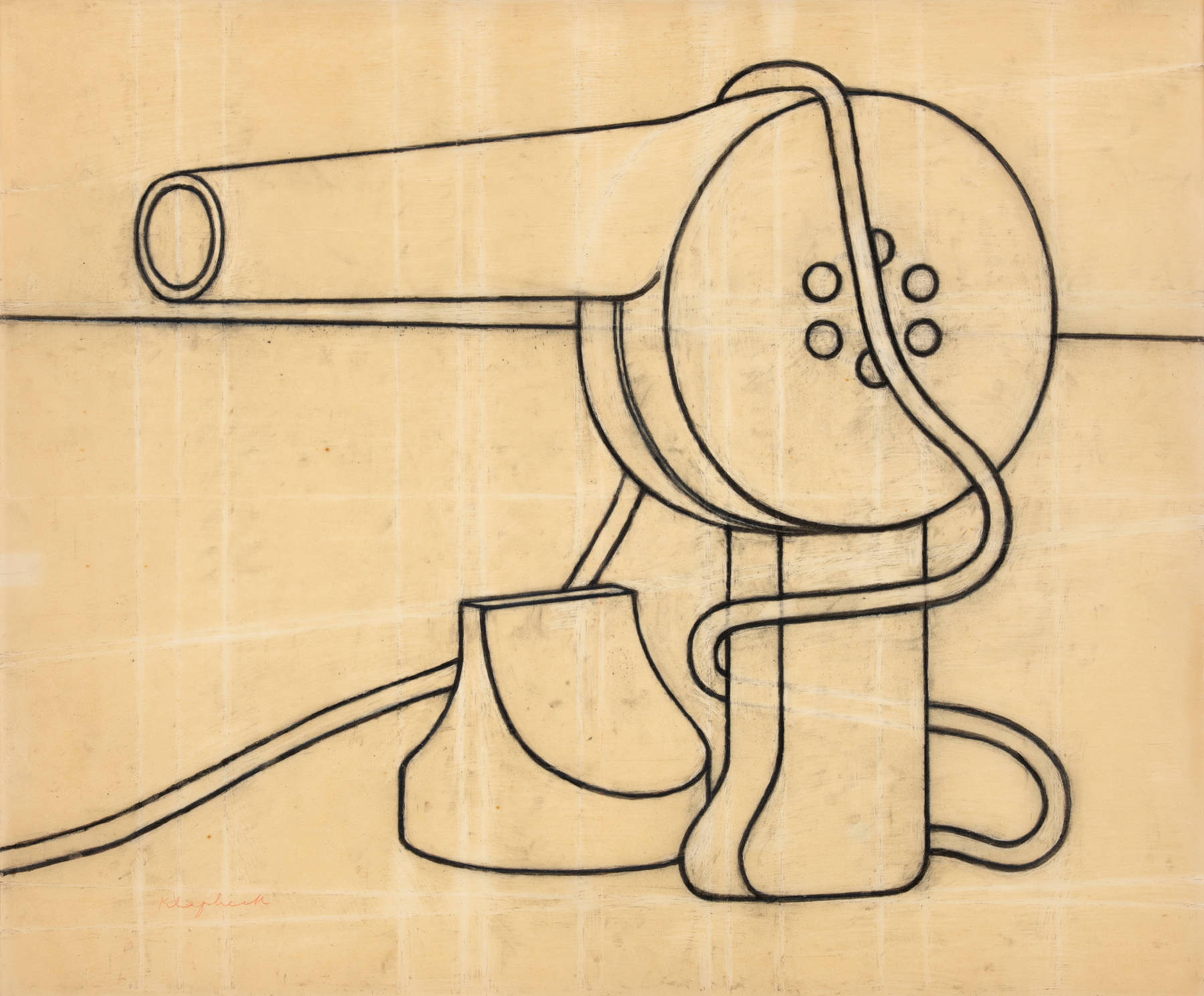 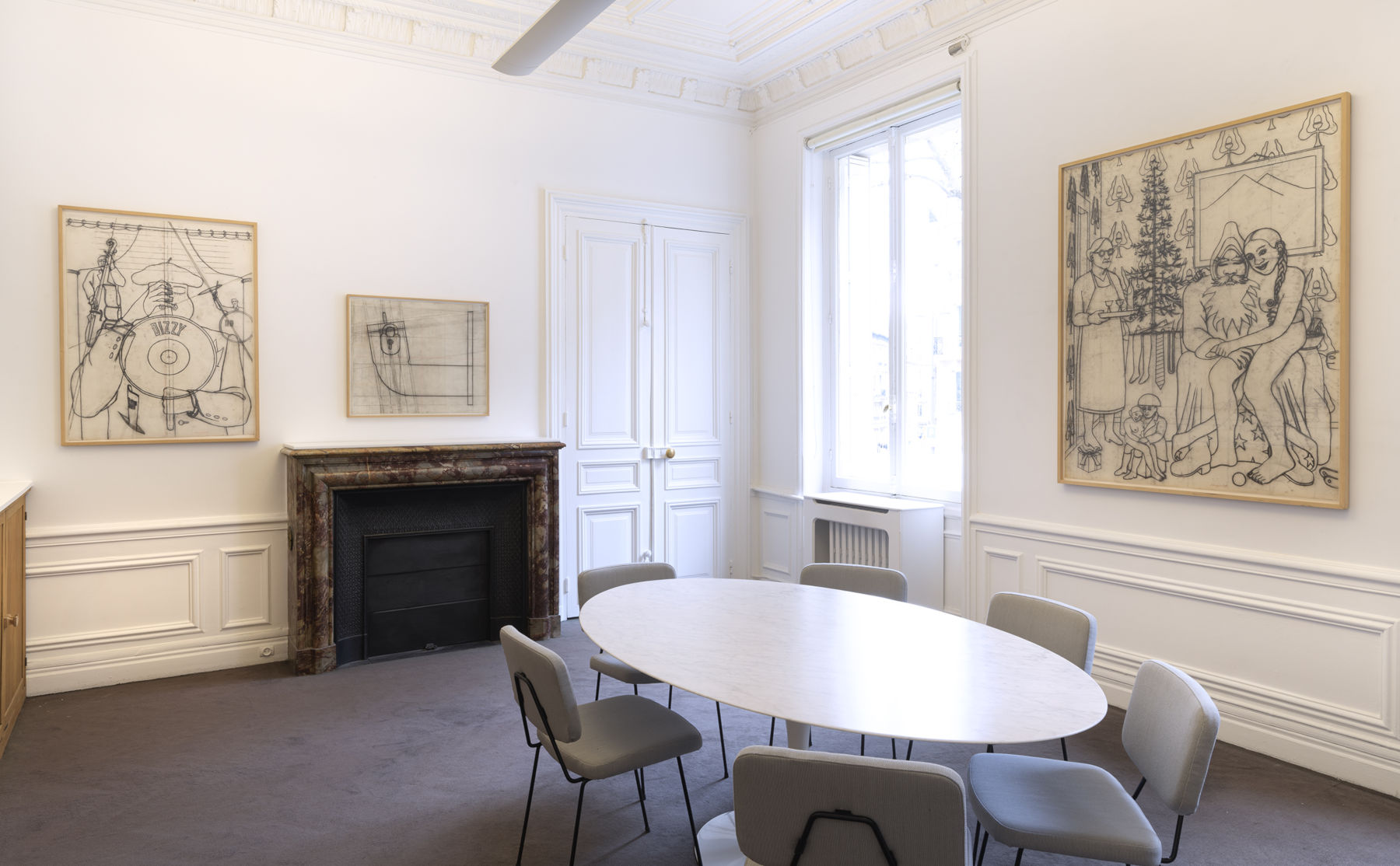 For Konrad Klapheck (Düsseldorf 1935), drawing underpins his work. Starting with a brief sketch of an idea which is then subjected to a system of very rigorous geometric and formal constraints, in the final version he sets out the meticulous structure of the work, which then only needs to be reproduced in colour on the canvas. And given a title. With his titles, Klapheck gives a completely new reading of the image. The accepted rules lead to a stylisation, a simplification, even a deliberate deformation of object, spaces and figures, creating the sort of magical realism that emanates from his work.

Konrad Klapheck has been exhibiting at 13 rue de Téhéran for more than 40 years. To date, the gallery had never dedicated an exhibition only to his sketches.

A retrospective was recently organised at the Musée de La Chaux de Fonds in Switzerland. Another is under preparation in a Dutch museum.