There is an eternal return to chaos that we humans play out, no matter how secure our societies may feel.
—Kon Trubkovich

Gagosian presents The Antepenultimate End, an exhibition of new paintings by Kon Trubkovich. 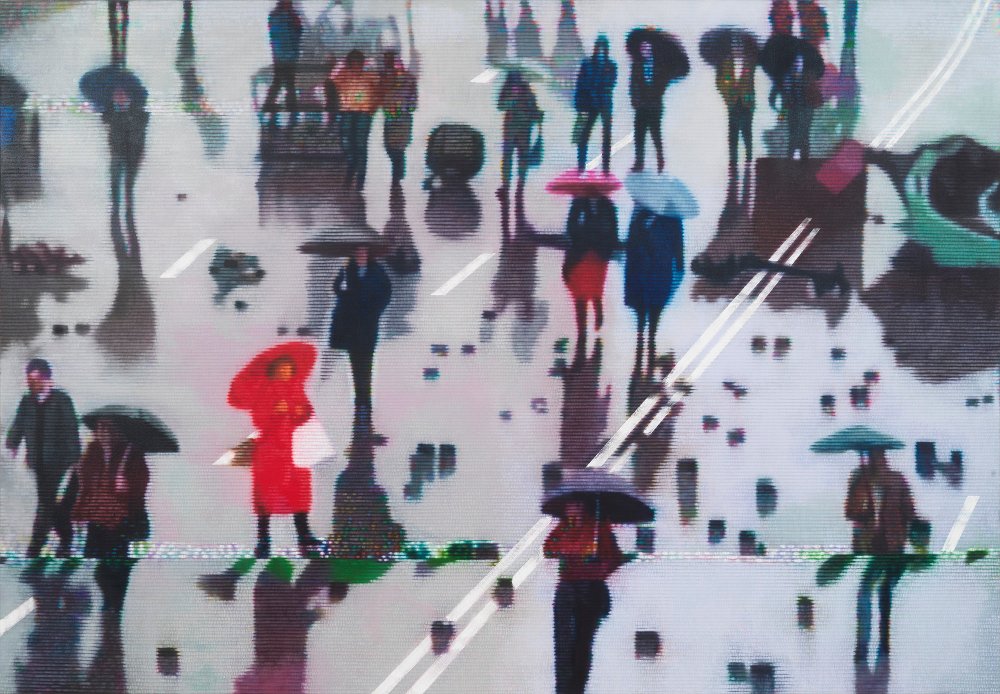 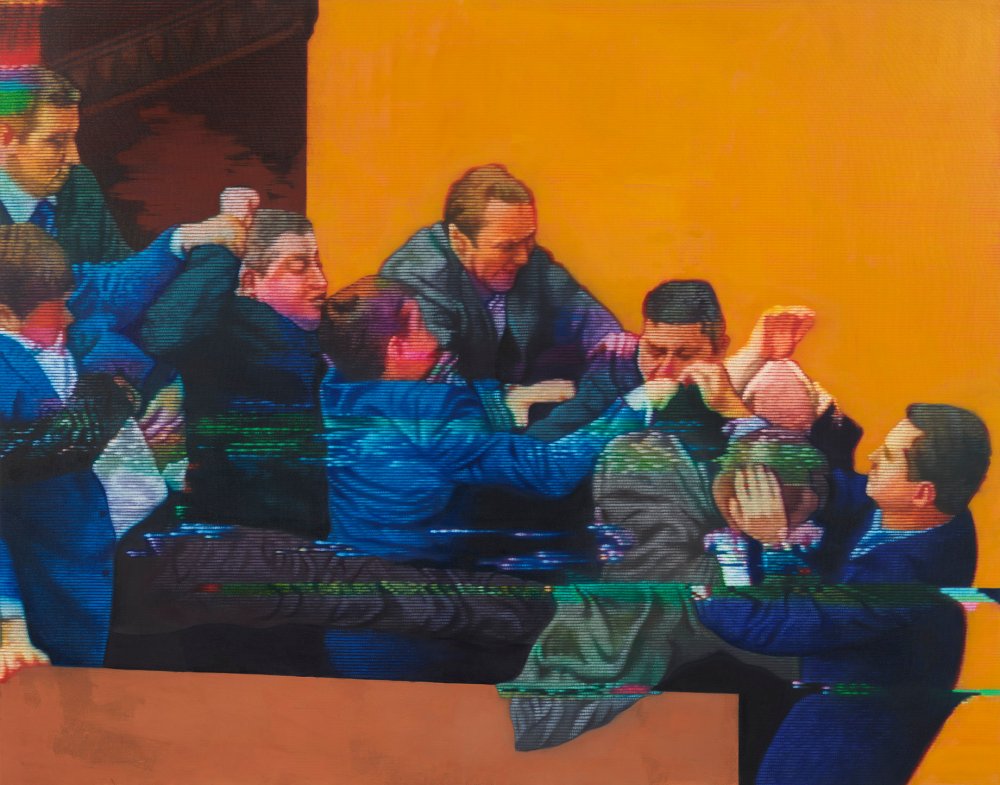 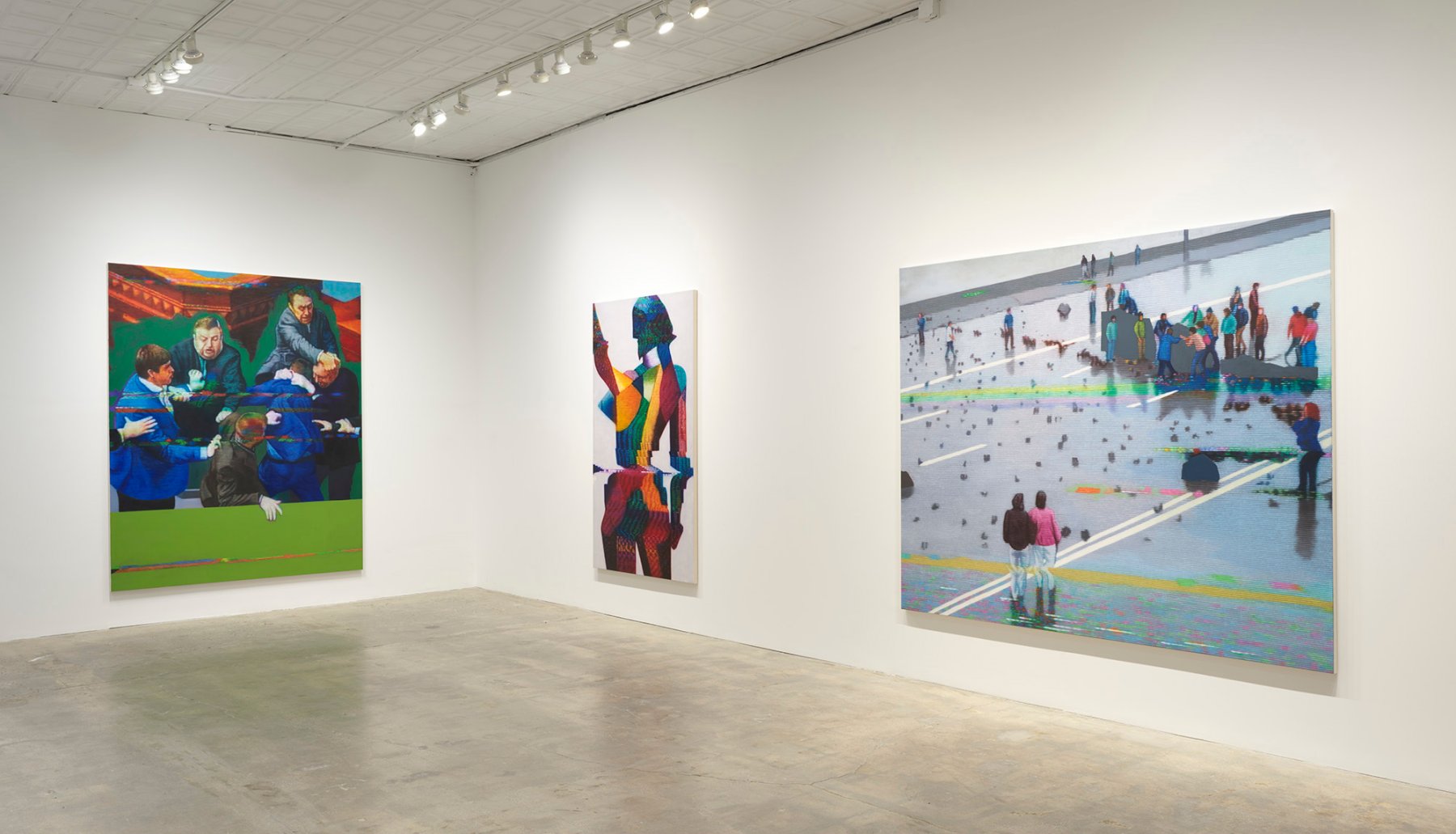 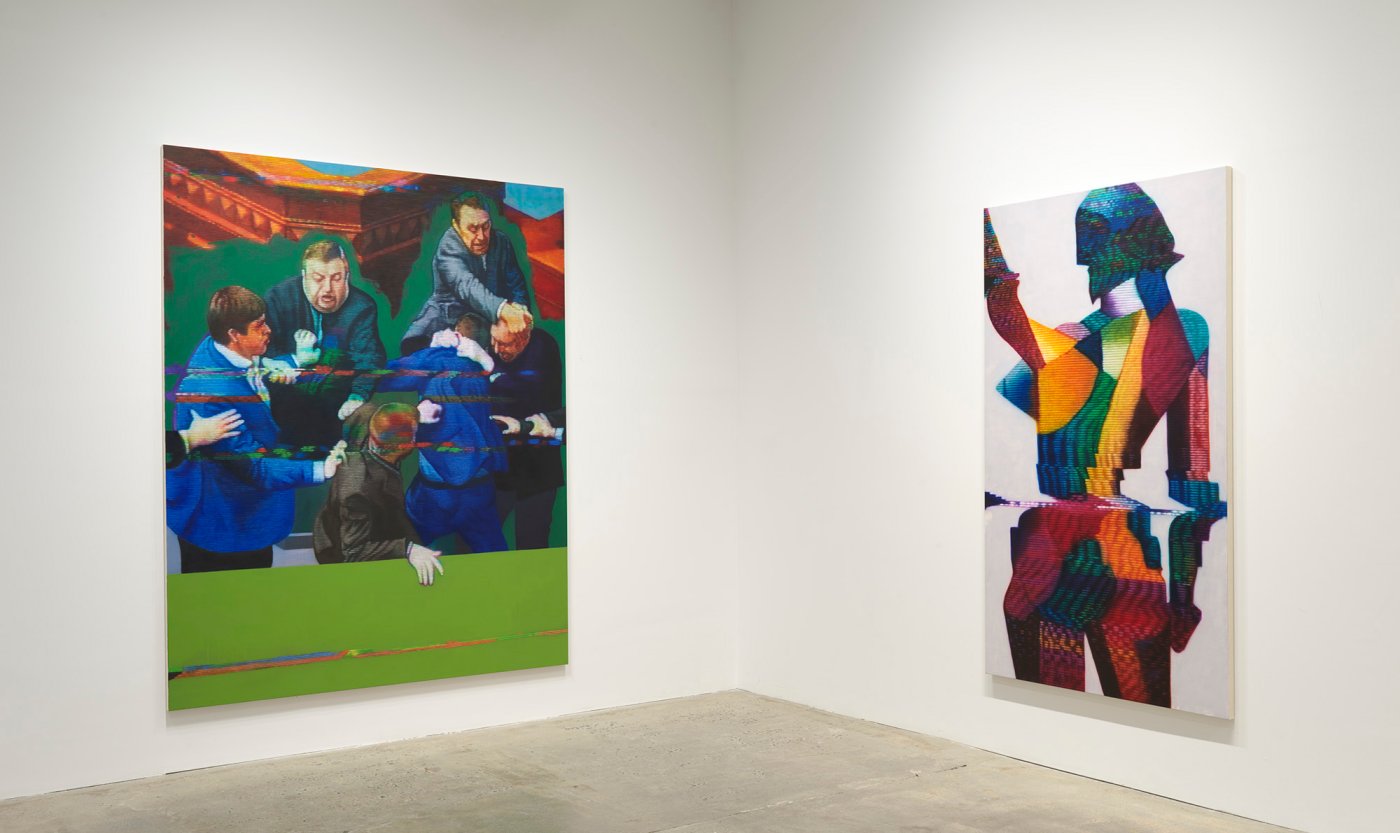 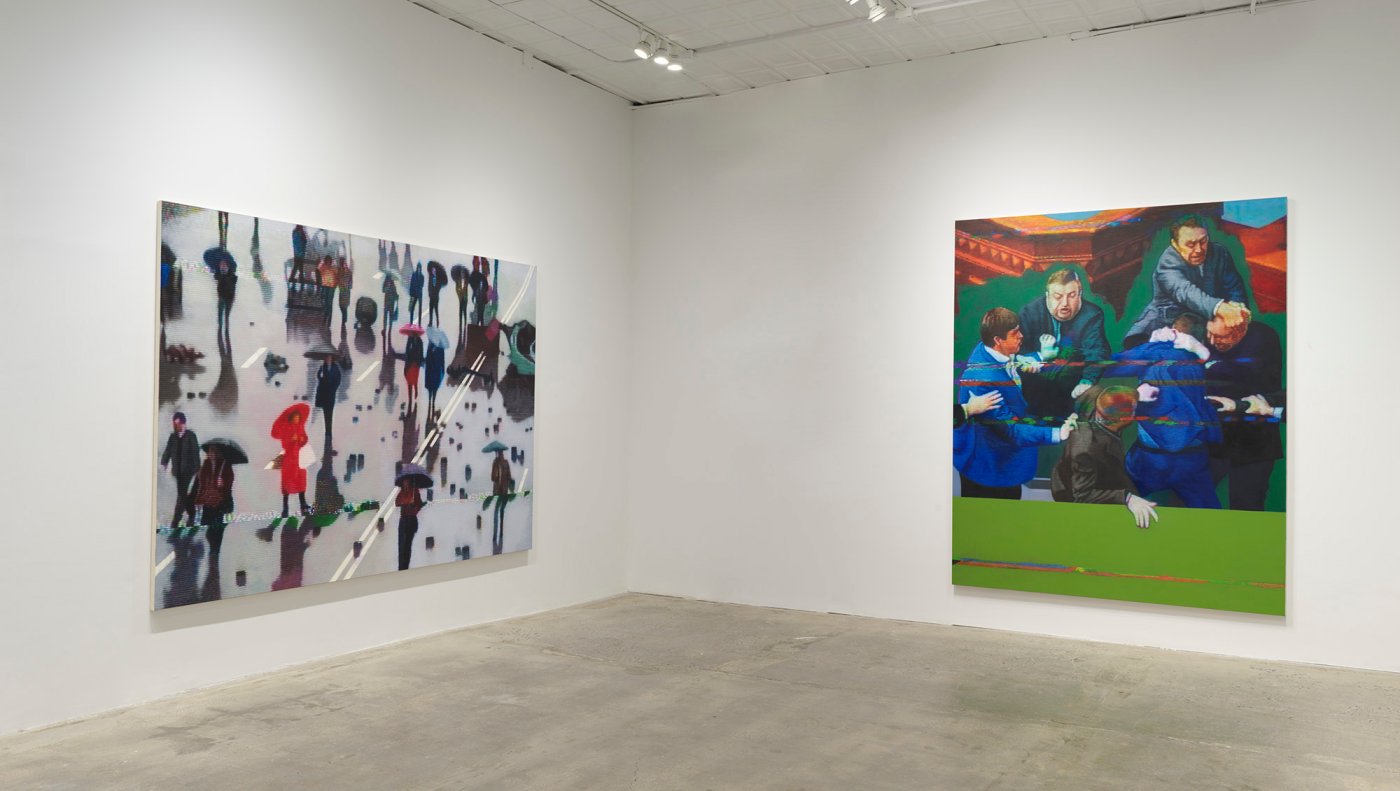 In paintings, works on paper, and videos, Trubkovich employs recollection as his primary source material. Through reference to antiquated technology, he investigates some of the ways in which personal and collective memories contradict one another, their gradual transformation complicating ideas of historical truth. Drawing on both recorded history and the story of his family’s 1990 emigration from the USSR to the United States, he marks the passage of time by alluding to the appearance of electronic media in decay.

Trubkovich borrows imagery of many different origins—historical and contemporary—and reconstructs events from their depiction on TV, using the on-screen image as a metaphor for displacement. He employs a fine paintbrush to emulate the grain of the broadcast image; the fuzzy reproduction quality of old video recordings informs the distinctive texture of his paintings’ surfaces and suggests that each scene is a pause between one frame, one recollection, one era, and the next. Likewise, his palette reveals a coming together of influences past and present, the vibrancy of Byzantine icons inflecting the queasy glow of televisual transmissions.

Alongside The Antepenultimate End (2019) and Barricade (2020)—paintings of Trubkovich’s Moscow birthplace immediately following the collapse of the Soviet Union—the exhibition also features Golden Ratio (Orange) and Golden Ratio (Chartreuse) (both 2020), which depict a brawl between Russian separatists and Ukrainian nationalists that took place in the Ukrainian parliament in 2015, as well as a distorted rendering of a canvas attributed to Russian artist Lyubov Popova (1889–1924).

While referring to events from Trubkovich’s childhood years, the Moscow paintings also relate to recent instances of civil unrest in the United States, such as the January attack on the Capitol in Washington, DC. The conceit of the Golden Ratio paintings has also become newly familiar, in this case from the Accidental Renaissance meme, wherein online commenters identify compositional similarities between certain contemporary photos and well-known historical paintings (here, the artist was reminded of his early fascination with Rembrandt’s 1636 painting The Blinding of Samson). Finally, the Popova painting alludes to histories of Eastern European art that were suppressed or neglected under the Soviet regime but resurfaced in the 1990s, and which continue to represent the destabilizing effect of historical forces on individual identity.