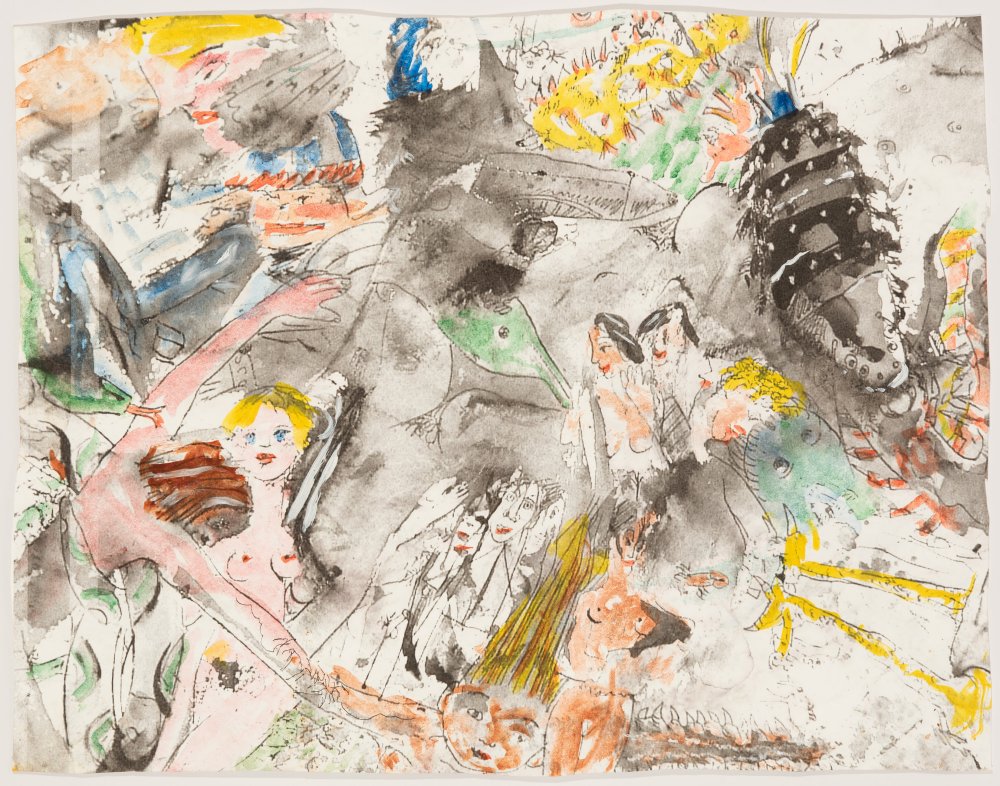 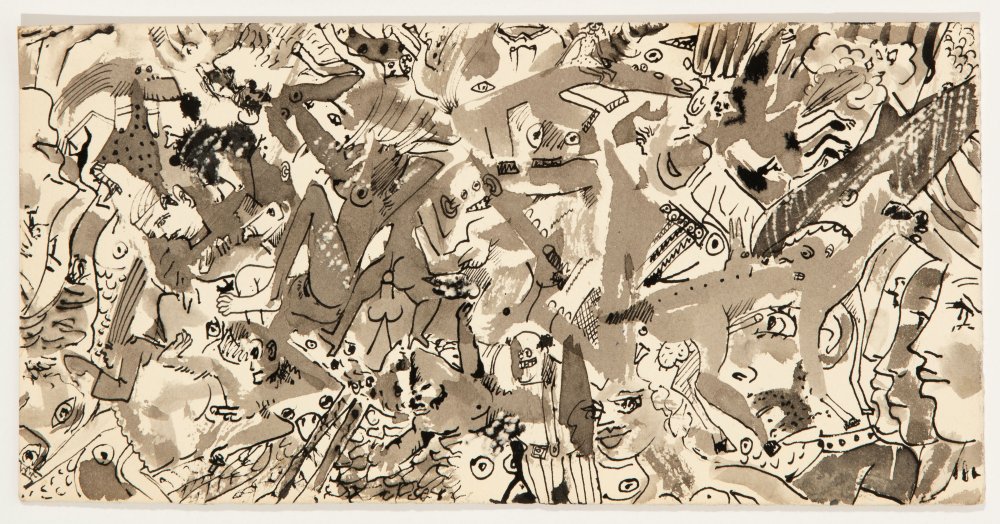 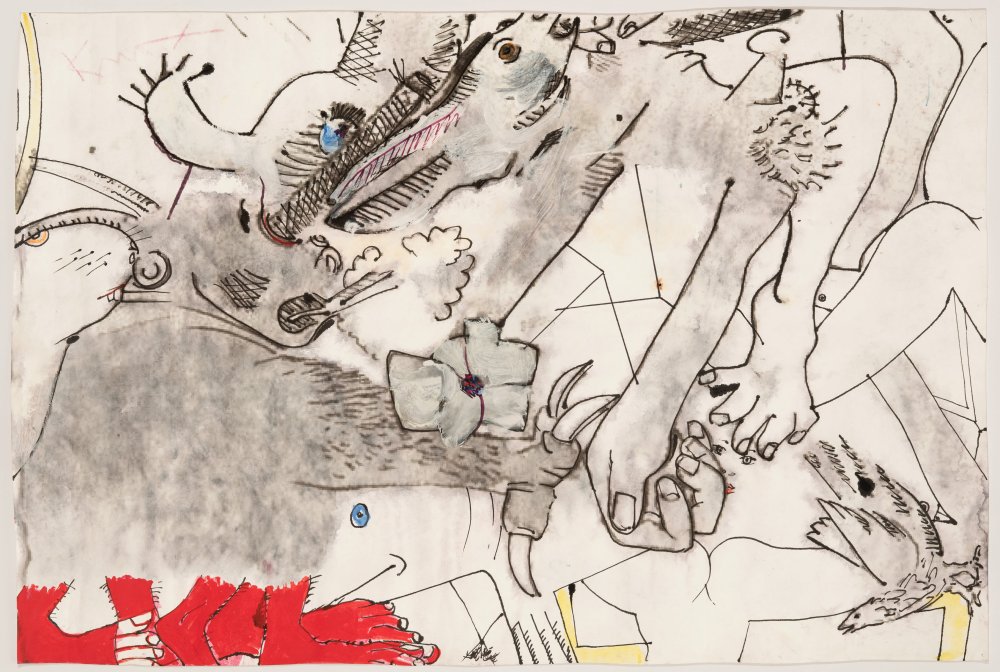 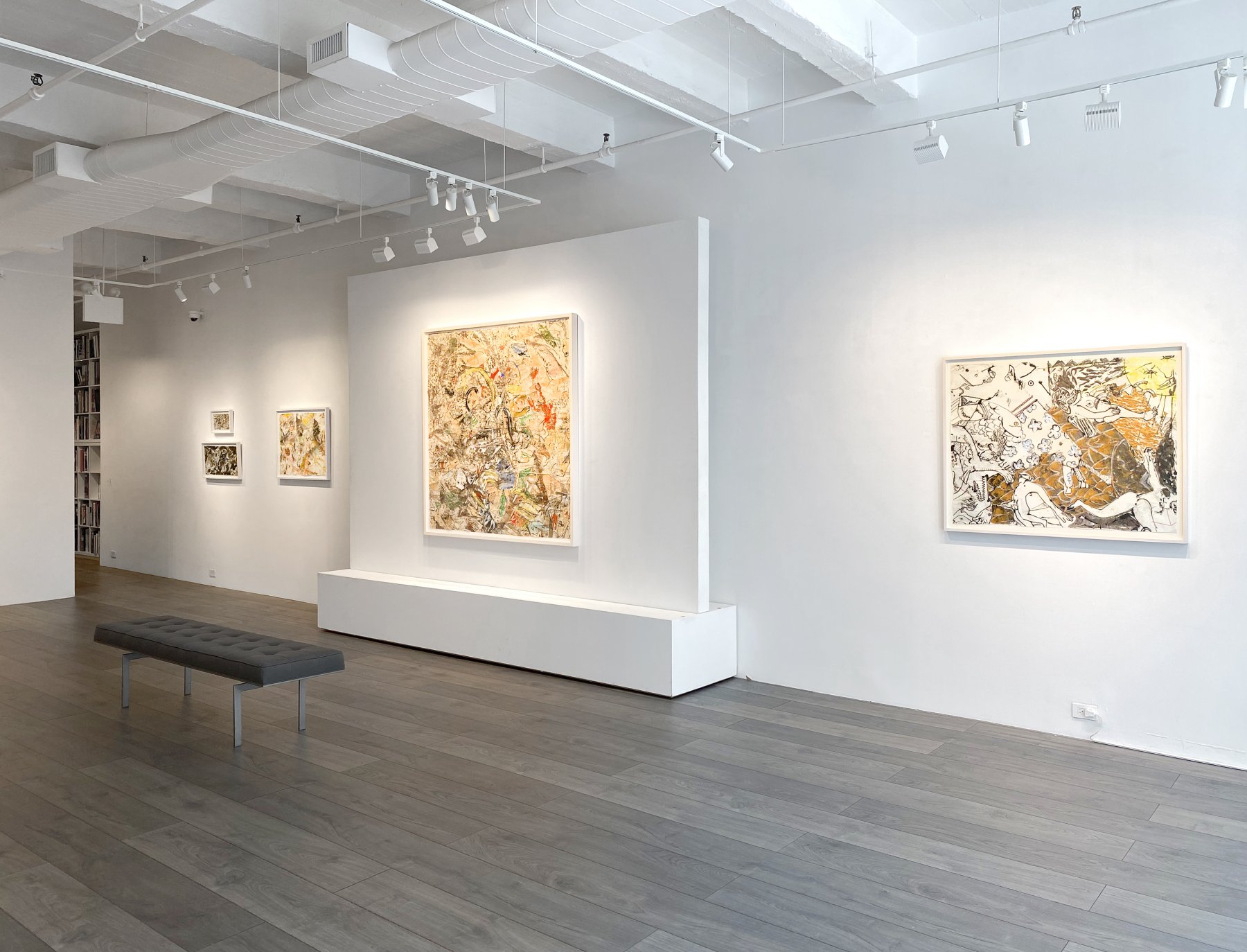 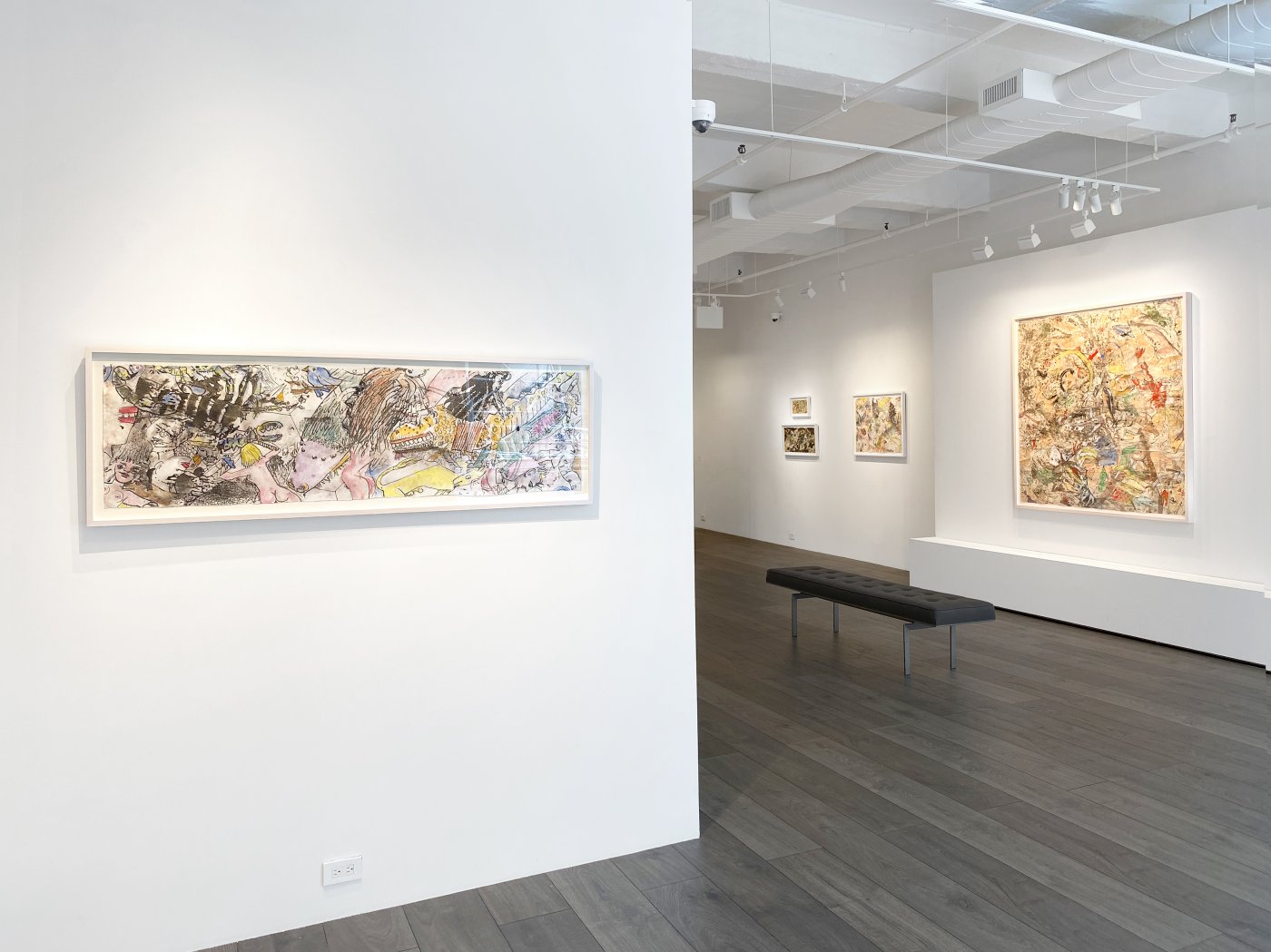 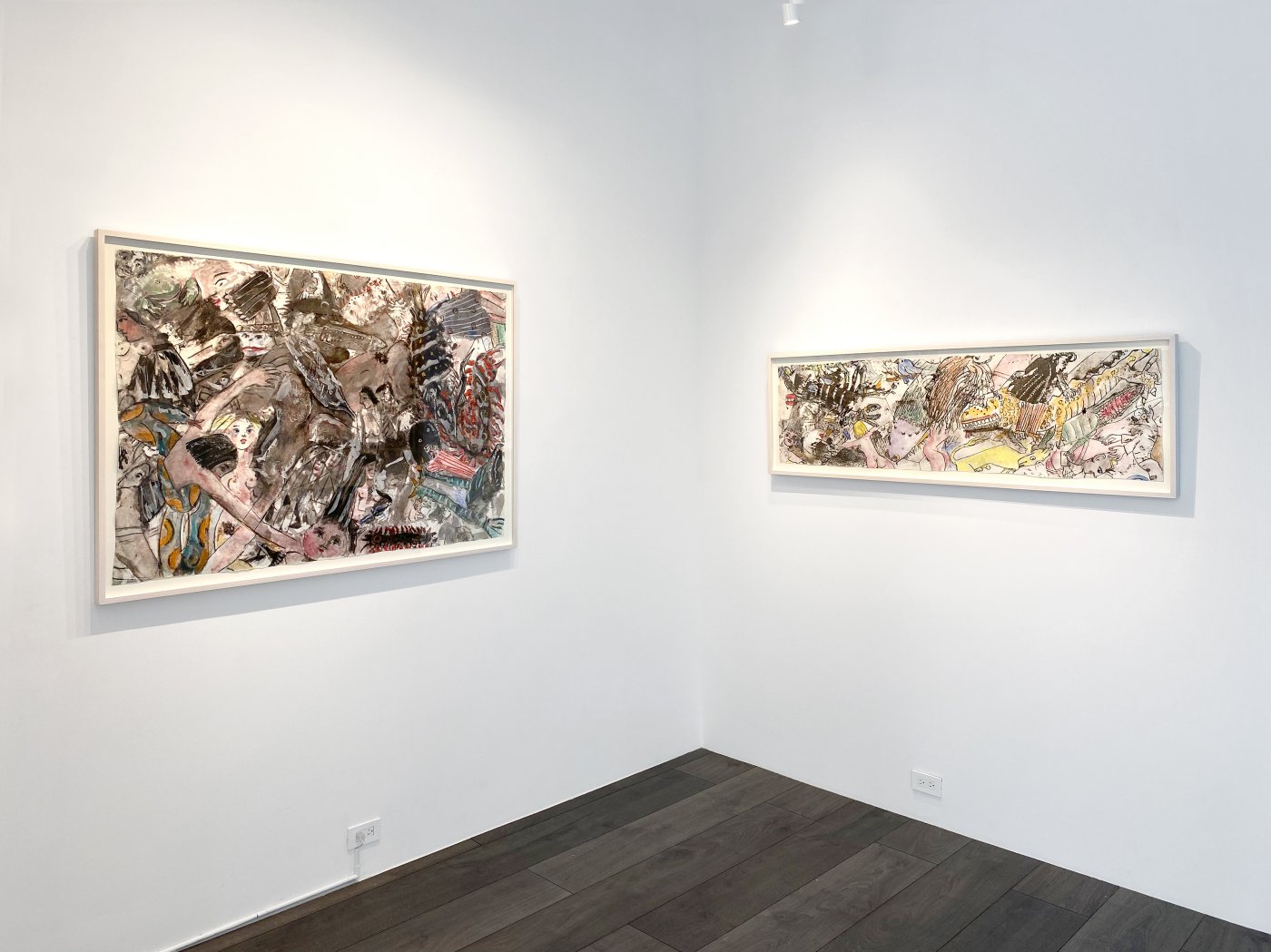 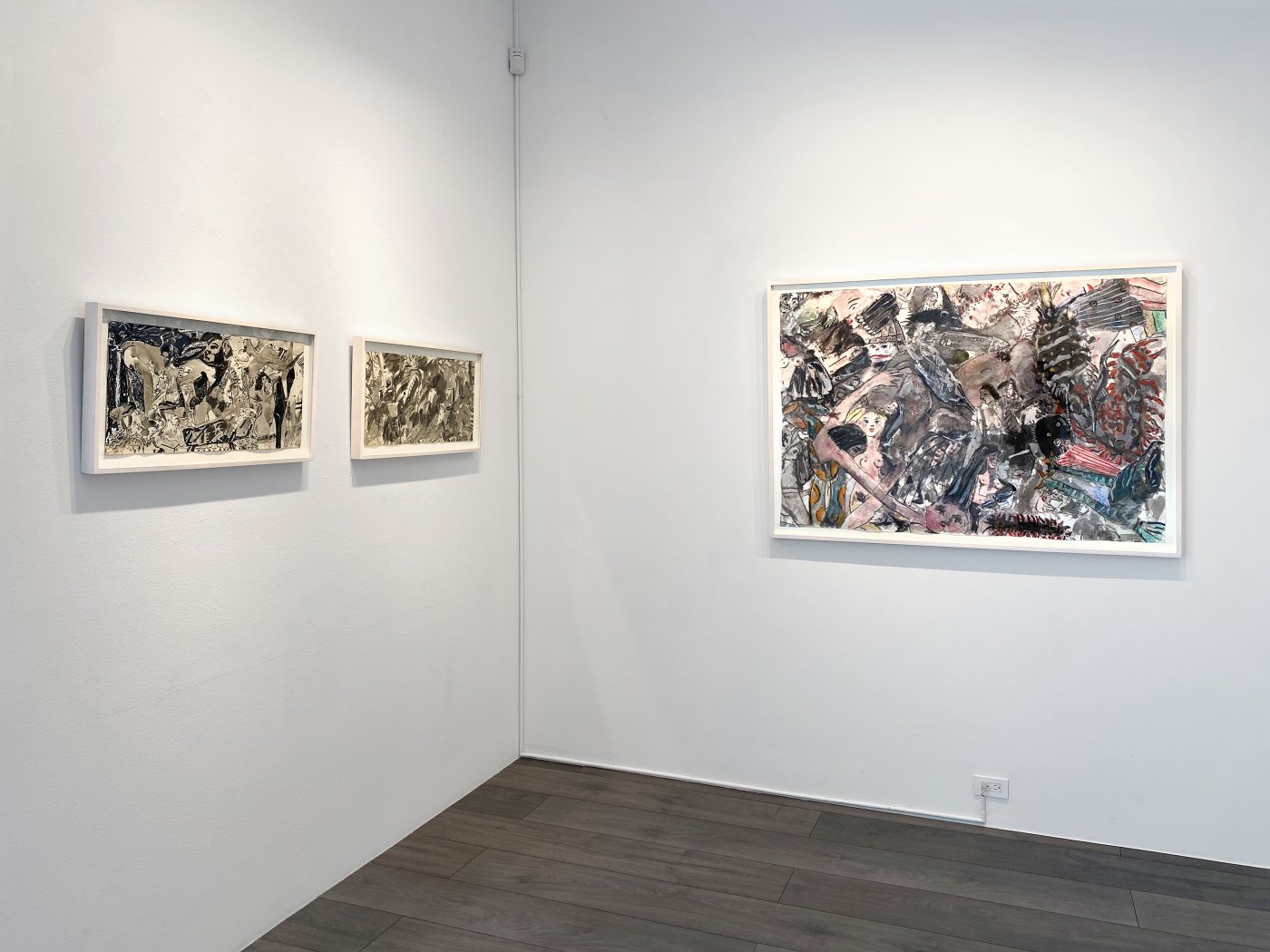 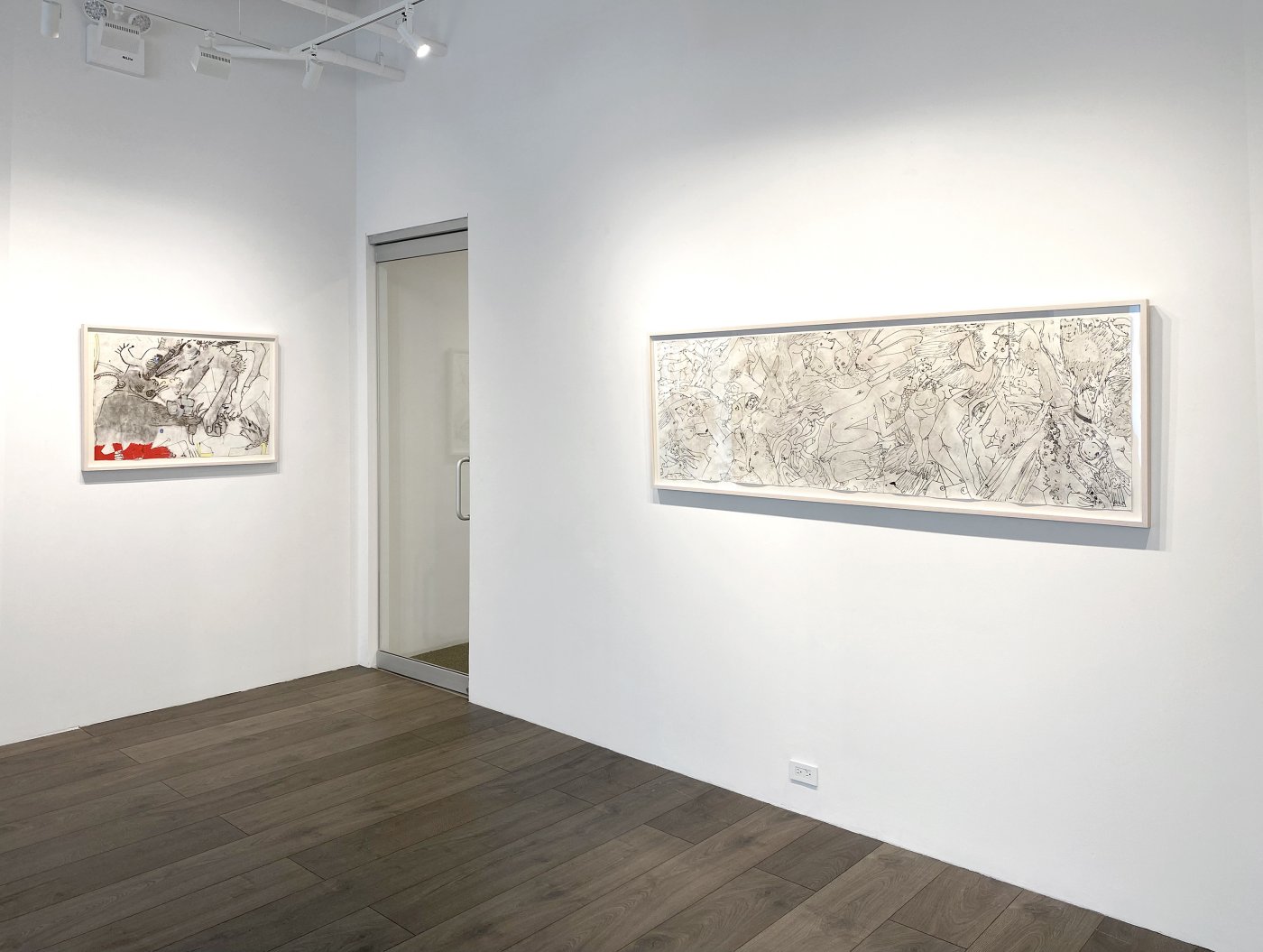 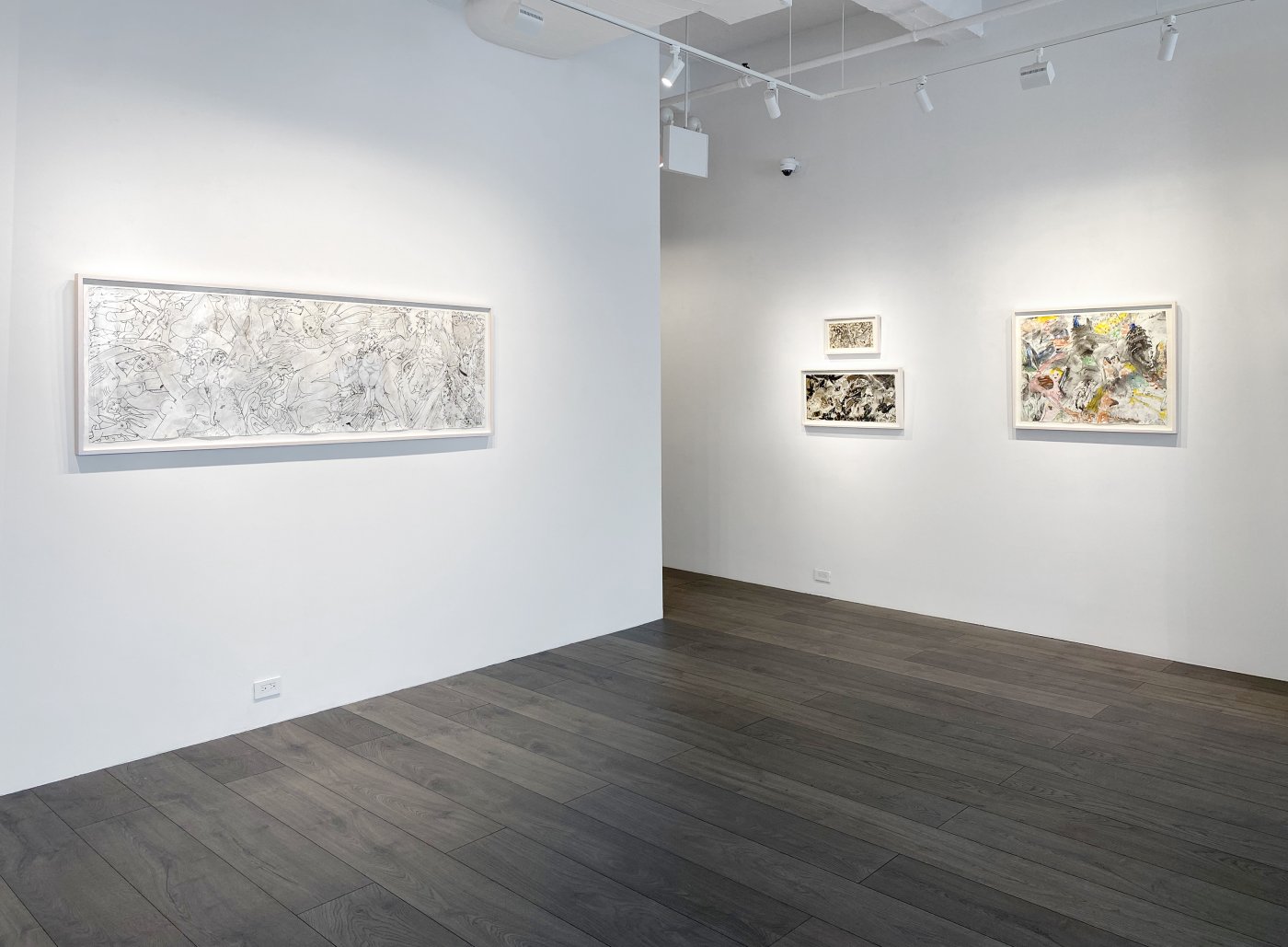 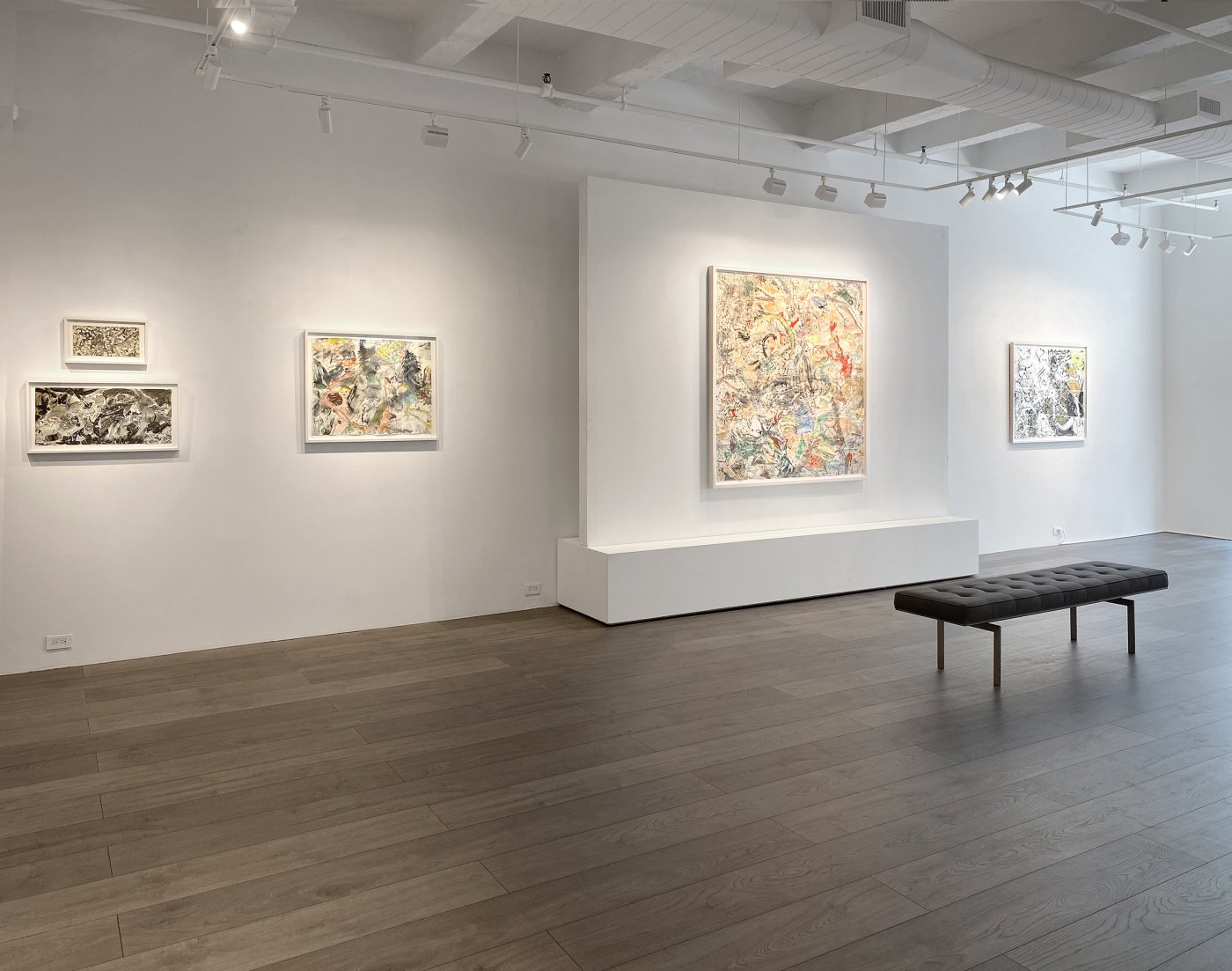 Over the course of his seven-decade career, acclaimed artist Knox Martin has engaged with a wide range of artistic movements, from Cubism to Abstract Expressionism to Pop Art, establishing his own distinct style. Hollis Taggart presents an exhibition that explores Martin’s particular affinity toward Francisco Goya and the ways in which that artist has served as an important source of inspiration for Martin since childhood. The exhibition, titled Knox Martin: Homage to Goya, features a selection of drawings from Martin’s series, titled Caprichos, which the artist has been evolving for several decades. The works reflect the vibrant and energetic approach for which Martin is known, while also capturing the artist’s formal and conceptual relationship to Goya.

Martin grew up across the street from the Hispanic Society of America in New York, where he would spend hours copying the Spanish artist’s etchings and drawings into his notebooks. While Martin felt an artistic and spiritual connection with much of Goya’s oeuvre, he was particularly drawn to Los Caprichos (1799), Goya’s sardonic series of etchings of Spanish society gone mad. As Martin’s own practice matured, the incisive energy of Goya’s work continued to influence Martin’s own painting and drawings. In the 1950s, Martin began a drawing series—Caprichos—that served as an homage to the artist that had played such a critical part in his creative development and that also encapsulated his own singular vision.

Martin’s Caprichos series includes approximately 80 drawings, produced over multiple decades. For Knox Martin: Homage to Goya, Hollis Taggart will feature approximately a dozen of the more recent works, produced between 2000-2016. For the series, Martin conjures his own caprices into densely packed and highly exuberant compositions. As has been an important theme across Martin’s practice, the drawings feature the abstracted human body, especially the female nude, with portions of faces and bodies interlocked with other organic forms, lines, and imagery. In instances, the viewer perceives animals, bullets, and rays of sunshine. The “scenes” capture an emotional and physical chaos, inspiring a visceral response and encouraging long looking. In a 1954 review in the New York Times, this sensation—that much of Martin’s work evokes—was described as follows: “Though their designs may appear haphazard…their neo-baroque energy is well under control.”

Knox Martin: Homage to Goya follows Hollis Taggart’s 2019 presentation of Martin’s work, titled Radical Structures, which emphasized in particular the artist’s paintings from the 1960s and 1970s. The earlier exhibition also included new paintings created by Martin that year, when he was 96 years old. “We are excited to open this forthcoming exhibition of Martin’s Goya-inspired drawings as an under-explored aspect of his varied and dynamic practice,” said Hollis Taggart. “This presentation builds on our earlier exhibition of Martin’s work, which provided audiences with a broad understanding of his stylistic approach and the spirited quality that pervades all of his painting and drawings. We look forward to sharing this more focused exhibition, which looks at this especially important thread within the wider arc of his career.”

Born in Barranquilla, Colombia in 1923, Knox Martin moved to New York City in 1927. Since his first solo exhibition in 1954, solo exhibitions of Martin’s work have been presented widely both in the US and abroad, including in France, England, Switzerland, Canada, Spain, and Germany. His work has also been included in significant group presentations, such as Some Paintings to Consider (Santa Barbara Museum of Art, California, 1964), Concrete Expressionism (New York University, New York, 1965), Large Scale American Paintings (Jewish Museum, New York, 1967), the Whitney Annual (Whitney Museum of American Art, New York, 1967 and 1972), Synthetic Realism (Gremillion & Co. Fine Art Inc., Houston, 1986), Knox Martin: A Painting Exhibition Spanning a Number of Years (Lighthouse Museum, Tequesta, Florida, 1999), Pan American Modernism: Avant-Garde Art in Latin America and the United States (Lowe Art Museum, Miami, 2013), and The Masters: Art Student League Teachers and their Students (The Art Students League of New York, 2018). Martin’s work is held in over 40 museums and private collections worldwide. He has received prestigious grants and awards, including most recently the Benjamin West Clinedinst Memorial Award and the French Legion of Honor. Martin has also led a distinguished career in teaching art, including his years at Yale Graduate School of the Arts, New York University, University of Minnesota, and The Art Students League of New York.