Klara Kristalova: Up in Smoke

Klara Kristalova: Up in Smoke 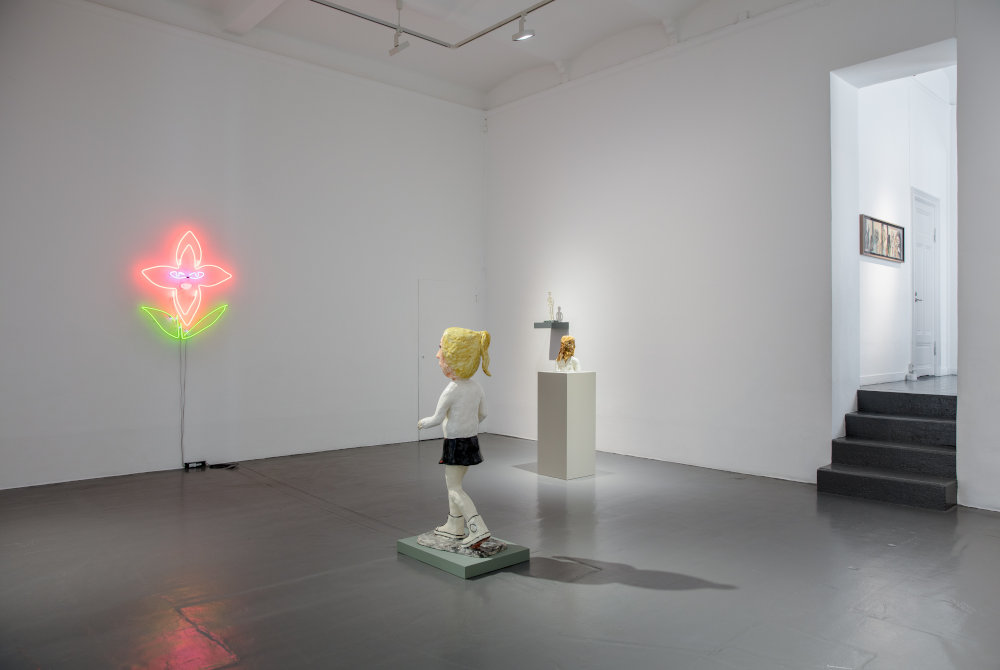 ”I wanted to give the exhibition a crazier mix. Increase the width. Liberate myself a little. Create more opportunities. I felt cornered and feel a little less cornered now.
This exhibition is to a large extent about my fear of ageing. About getting tired and ugly and how to relate to that. About the ambivalence of everything and what we cannot see and understand while it is ongoing.”

In previous exhibitions, Klara Kristalova has often worked with scenographic presentations where the various works are linked together as one installation – a group of works placed on a wooden jetty, a long dining table with ceramics or as in the previous exhibition at the gallery, a tower-like wooden structure titled The Castle. In the upcoming exhibition, the idea has instead been to highlight the individual sculptures and give them their own space and context.

Up in Smoke presents works in stoneware and porcelain together with sculptures in mixed media, bronze and neon. The exhibition also contains a number of watercolours and collages, which are now given more space. It was, among other things, the interest in watercolour and its qualities that originally led Kristalova to the glazed ceramics. In the second room of the gallery a six-meter-long frieze of watercolors, portraying different phases of life, is presented from wall to wall. A central work in the exhibition that relates to aging and the fixation on youth and beauty.

The works of Klara Kristalova often describe transformations of various kinds. She is interested in transitional stages between childhood and adulthood, man and nature, dream and reality. The largest sculpture in the exhibition, The Cloud, is also about a transformation. The work, which could have the same title as the exhibition, depicts a person who literally goes up in smoke. However, the cloud itself also resembles the shape of a gray pupa, suggesting rebirth and new beginnings.

Klara Kristalova, b.1967 in Prague, lives and works outside of Norrtälje, Sweden. She studied at The Royal Institute of Art, Stockholm (1988–1993). Kristalova established herself with a number of exhibitions and public commissions in Sweden before her international recognition in the late 2000s. She has since then exhibited at galleries and museums around the world including solo presentations at Site Santa Fe, USA (2009), SFMoMA, San Francisco, USA (2011), Bonniers Konsthall, Stockholm, Sweden (2012), Göteborgs Konstmuseum, Sweden (2013), Västerås Konstmuseum, Sweden (2013), Norton Museum of Art, West Palm Beach, USA (2015) and Gl Strand, Copenhagen, Denmark (2017). She is represented in public collections including Moderna Museet, Stockholm, Sweden, Broad Art Museum, USA, FNAC, Paris, France, EMMA, Espoo, Finland, Norton Museum of Art, USA. Currently she is one of the artists in the exhibition Signature Women at Artipelag in Gustavsberg, Sweden.