Kimsooja: A Needle Woman: Galaxy was a Memory, Earth is a Souvenir

Kimsooja: A Needle Woman: Galaxy was a Memory, Earth is a Souvenir

English Gardens, The Regent's Park, NW1 4NR Kimsooja: A Needle Woman: Galaxy was a Memory, Earth is a Souvenir


Kimsooja
A Needle Woman: Galaxy was a Memory, Earth is a Souvenir (2014) 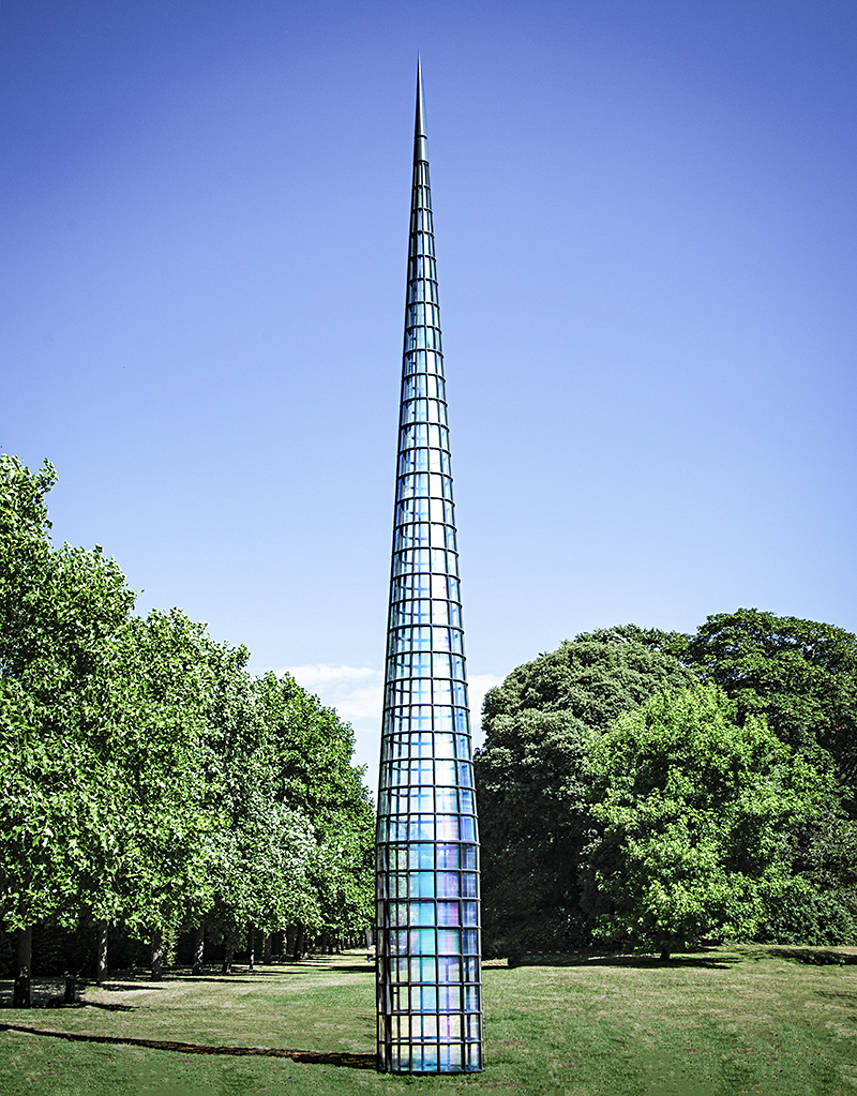 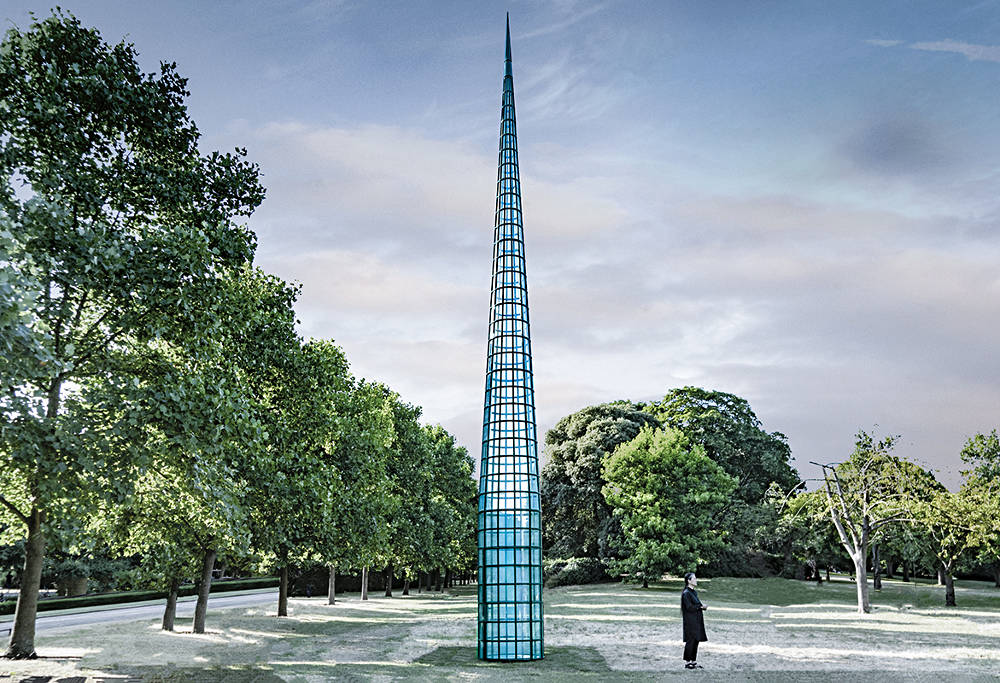 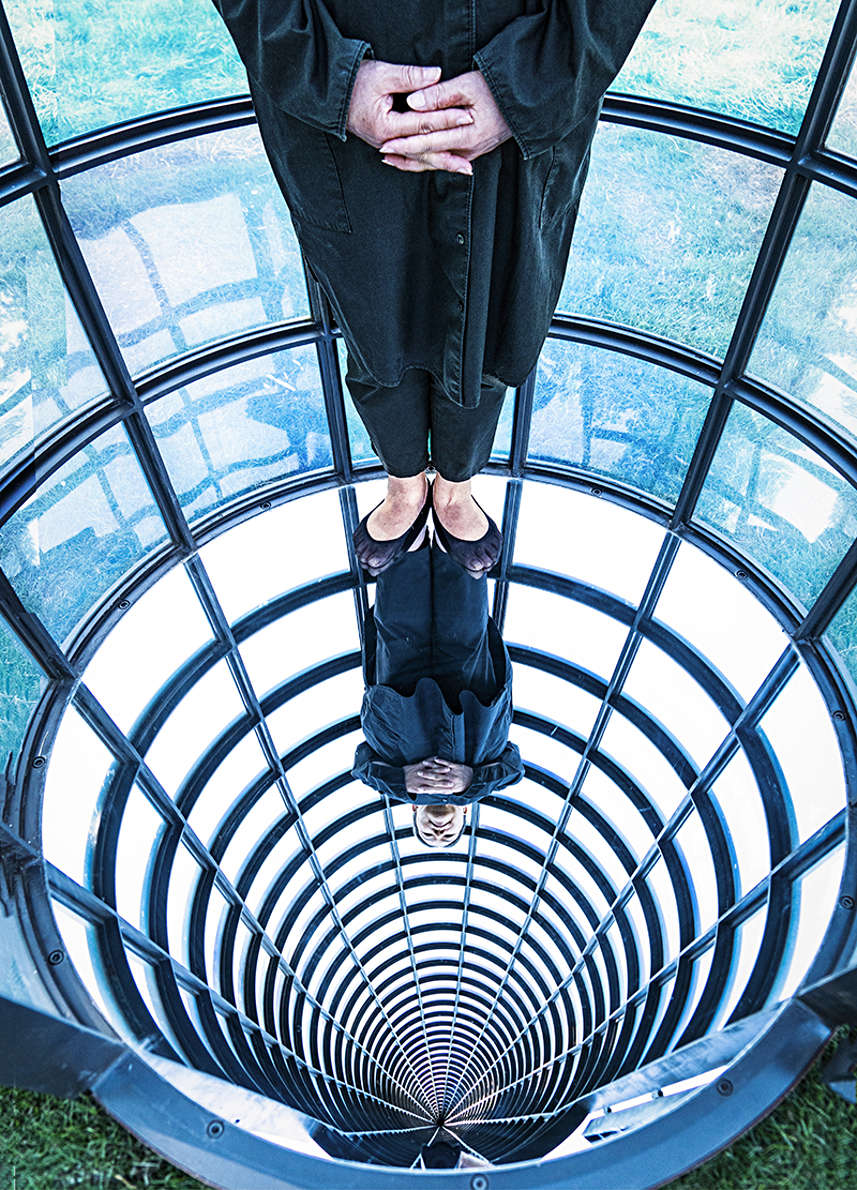 The work was specifically conceived for the inaugural Cornell Council for the Arts Biennial in 2014. The 14-metre-high artwork is the first sculpture to use nanopolymer on an architectural scale.

The project was realised in close collaboration with the architect, Jaeho Chong, the nanoscientist, Ulrich Wiesner, and the Wiesner Group at Cornell University.

The sculpture is treated with a molecularly engineered “block copolymer” that is precisely structured to maximise the refractive qualities of natural light. Similar to iridescence that occurs in nature on the wings of butterflies or shells of beetles, the color of the sculpture is physically interactive, where various spectral colors appear as a radiant glitch in the fabric of reality. The interior floor of the structure is mirrored, doubling its scale and light effects so that it appears to extend simultaneously into the earth and the sky.