Gallery Hyundai presents Kim Sung Yoon’s solo exhibition Arrangement. In a continuation of his practice utilizing art historical archives as the foundation of his creative pursuits, the exhibition highlights over forty new works that reinterpret the meaning of the flower still life genre in a contemporary context. 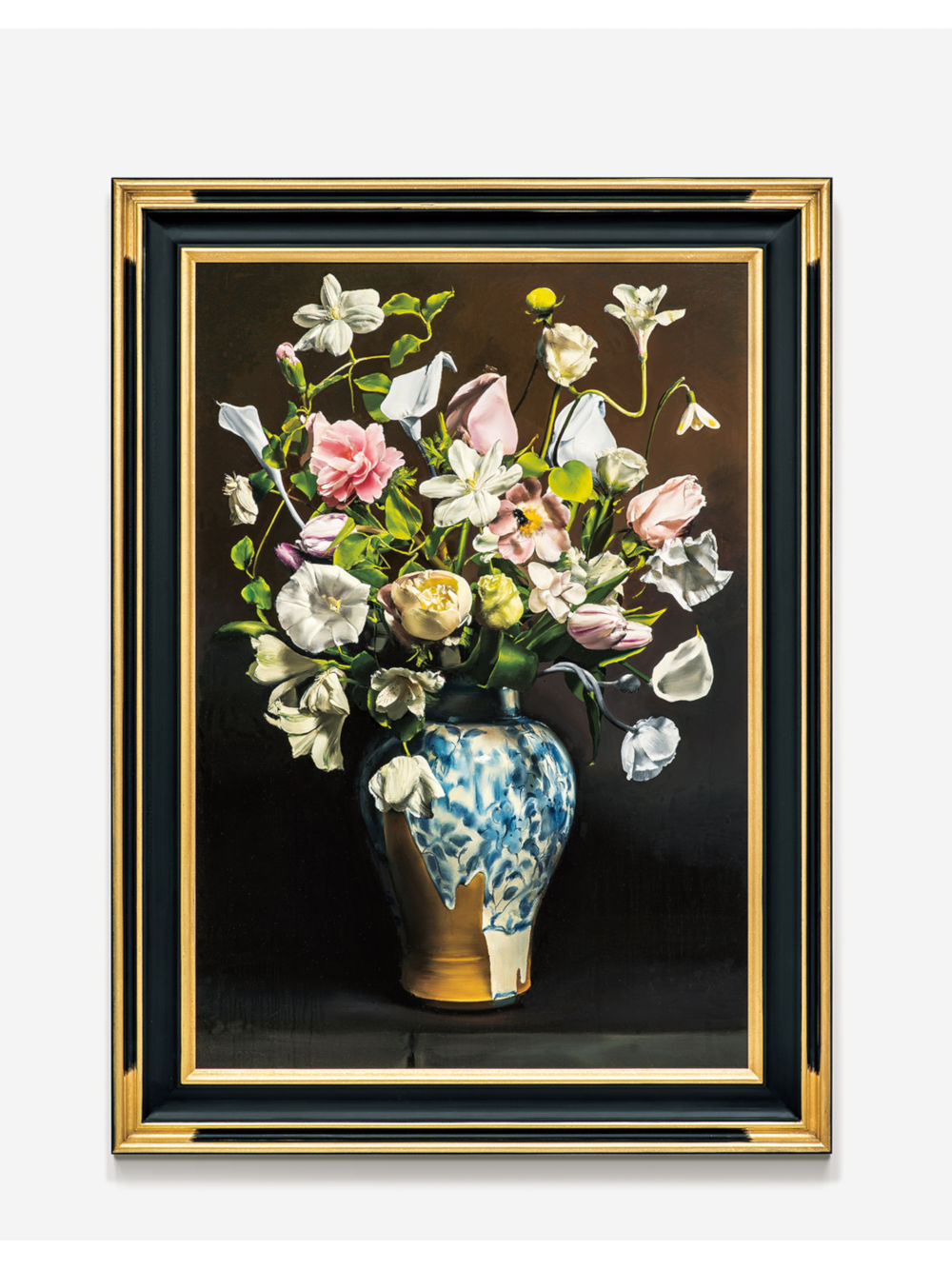 Sixteen works are displayed on the lower level. These works reproduce Édouard Manet’s flower still life paintings made by the artist during his later bedridden years. By modulating the overall tonality using only black and white and focusing on the lush brushstroke technique inspired by his favorite painter, these works are Kim’s solemn homage to Manet’s late works.

Works on the first floor are influenced by the lavish and extravagant styles of the 17th century Dutch masters. In these works, Kim re-arranges flowers from different seasons via images culled from the internet and digitally placing them into contemporary ceramic vases crafted by his artist colleagues. In this way the works transcends the limits of time and space imbuing a modern touch to the traditional still life genre.

The paintings on the second floor demonstrate contemporary perceptions of the ordinary flower arrangement. In the series, the artist fills the frame with the colors of corporate logos from the glass food containers that were used as props to hold the flowers. By inverting the placement of the logos, the symbolic face of capitalism, at the bottom center of the frame the artist is willing to invert traditional values.