Goodman Gallery presents “A Healing Path for Phantom Pain”, Kiluanji Kia Henda’s first solo exhibition in the UK. The exhibition brings together bodies of work continuing the artist’s exploration of collective memory through engagement with landscapes and public structures. 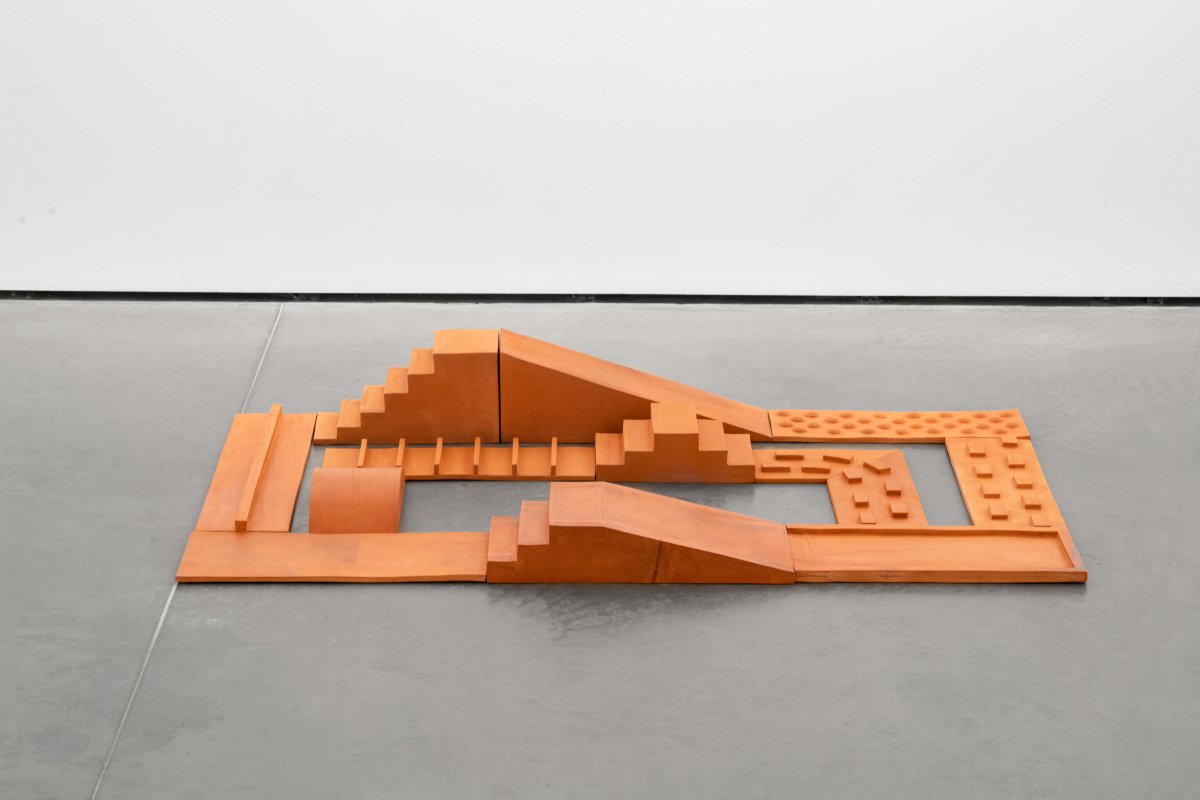 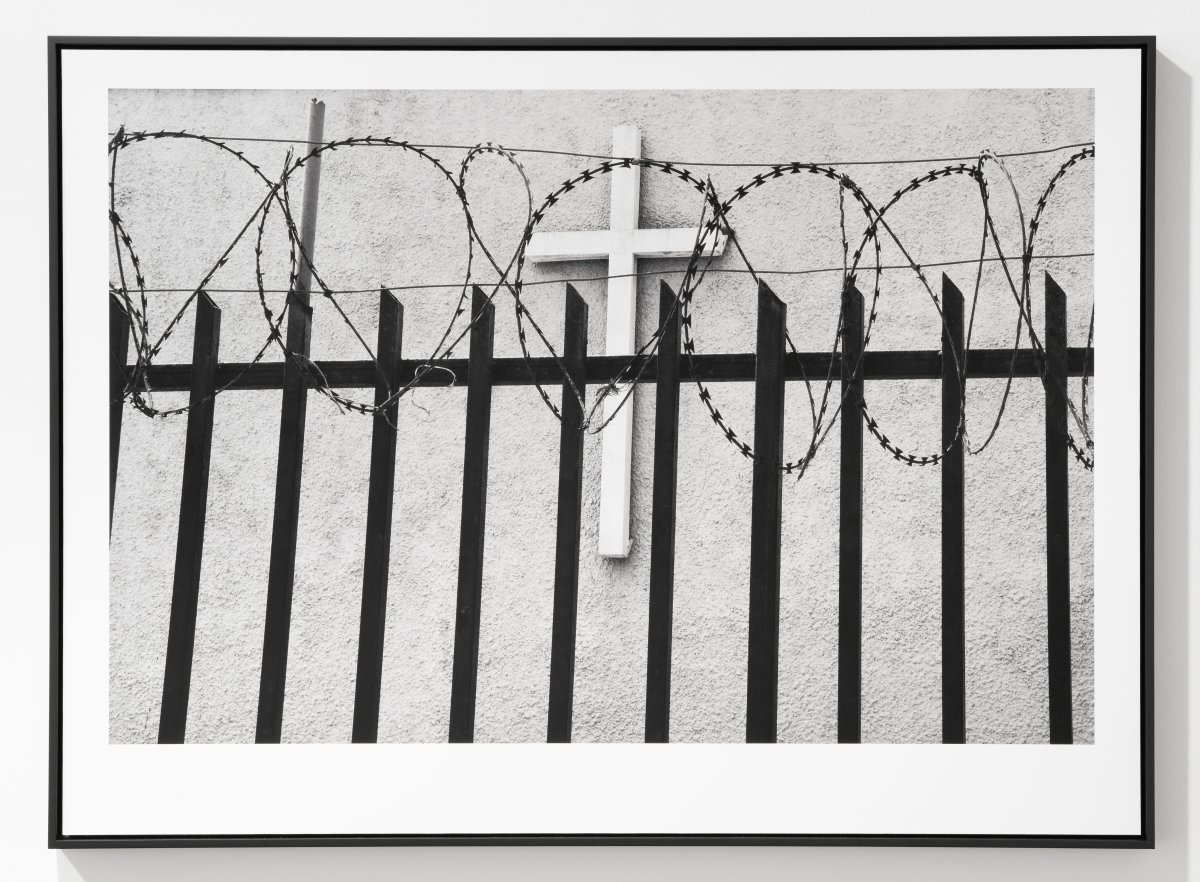 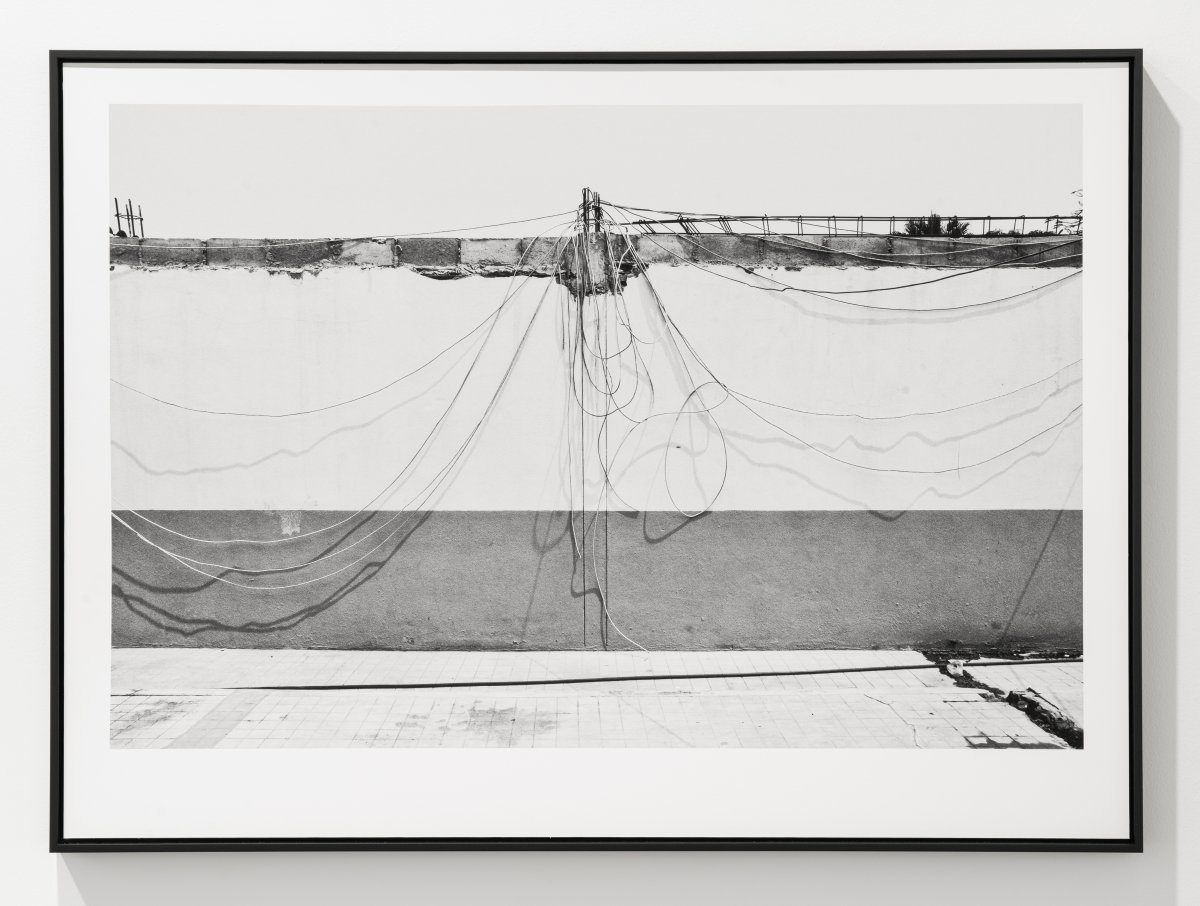 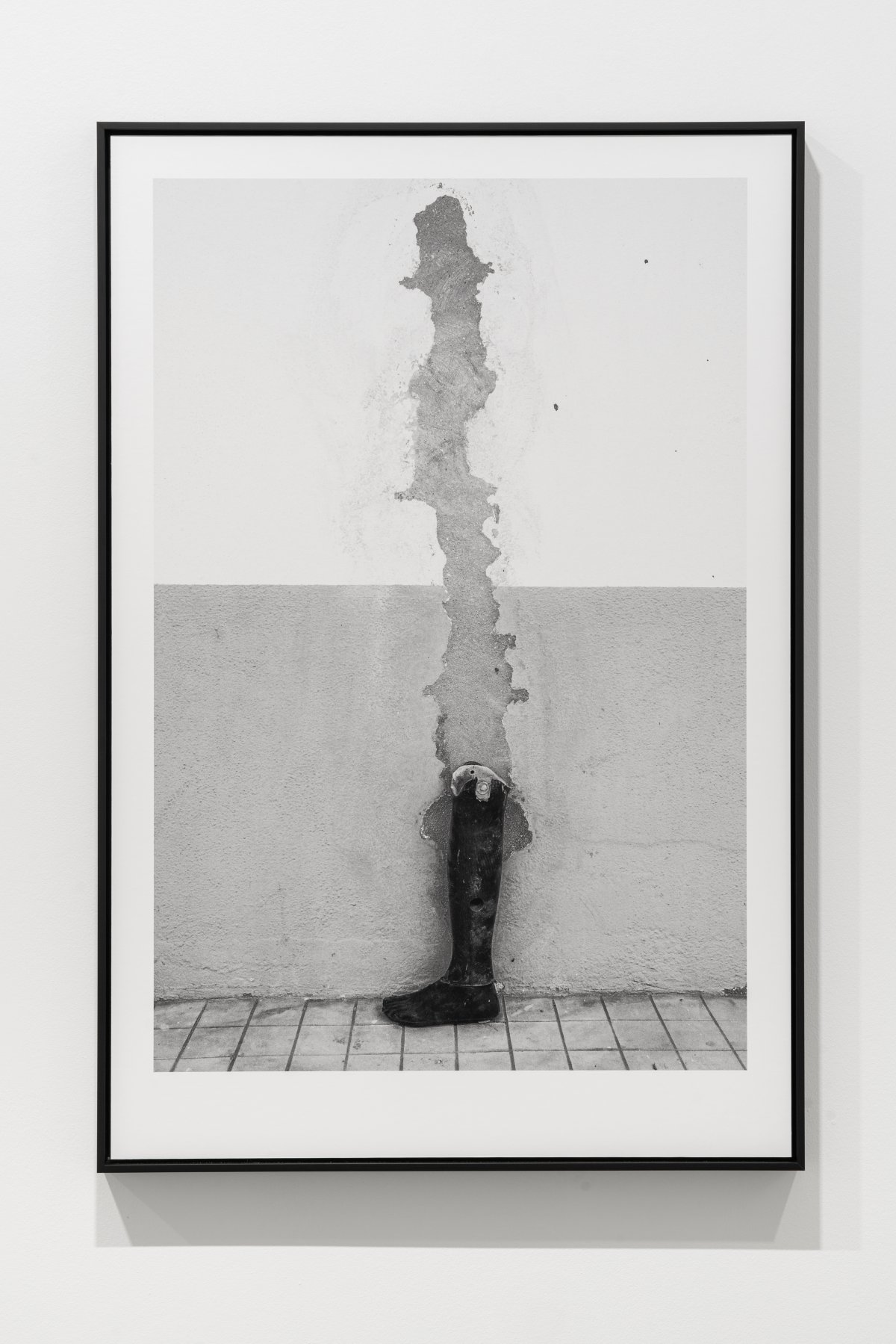 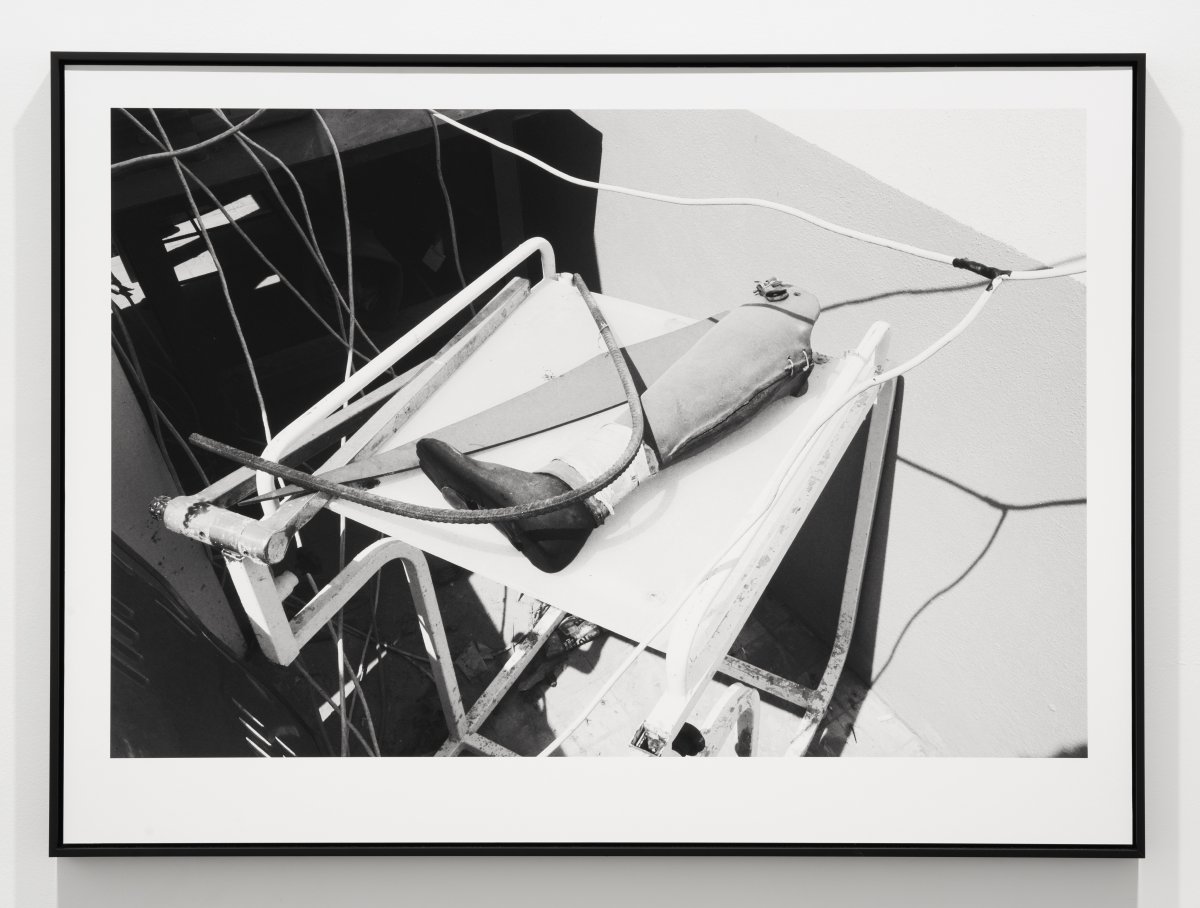 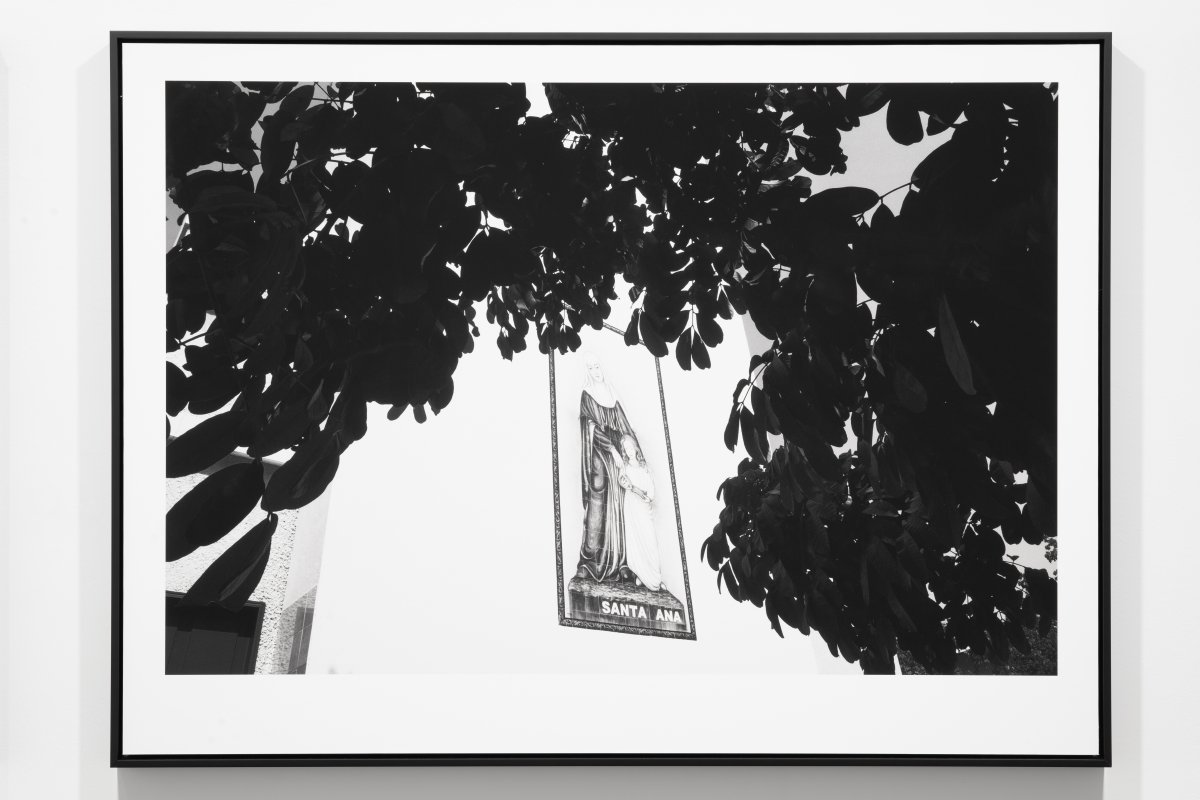 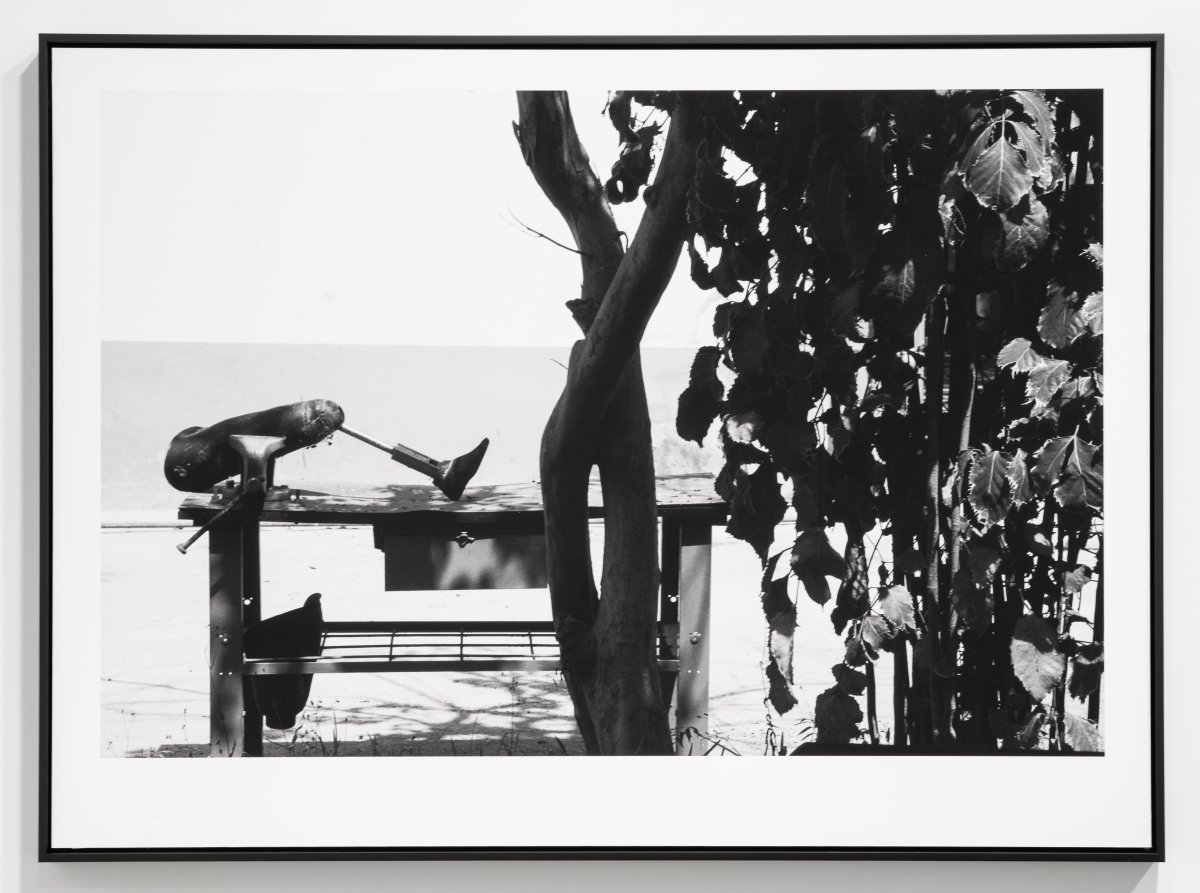 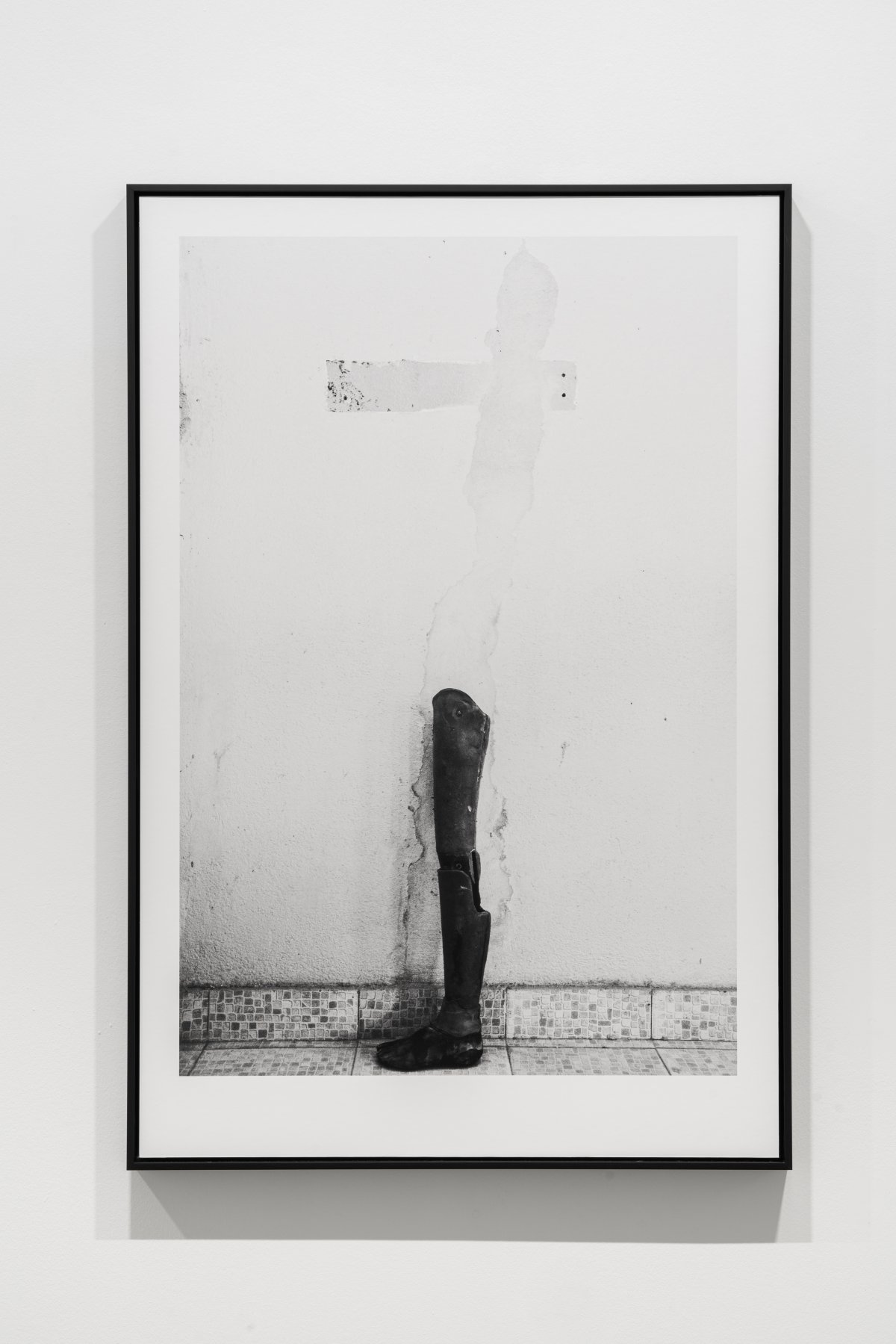 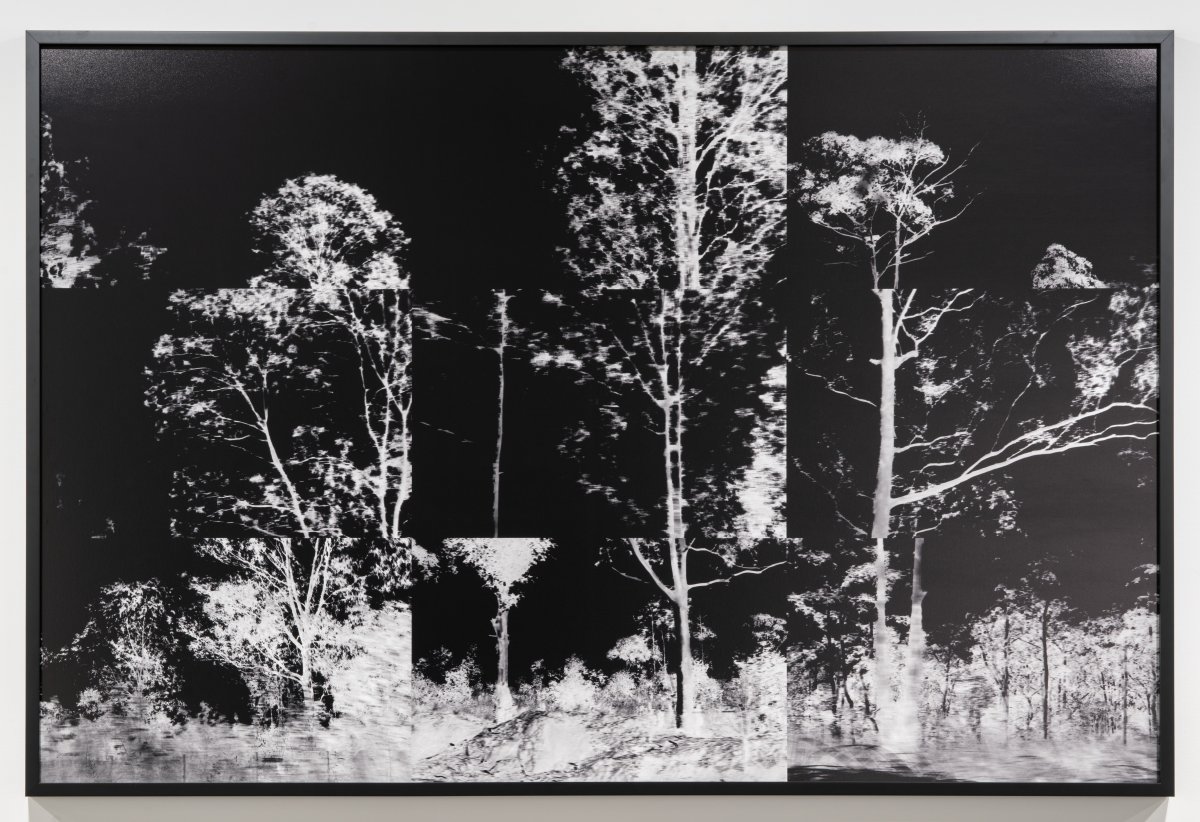 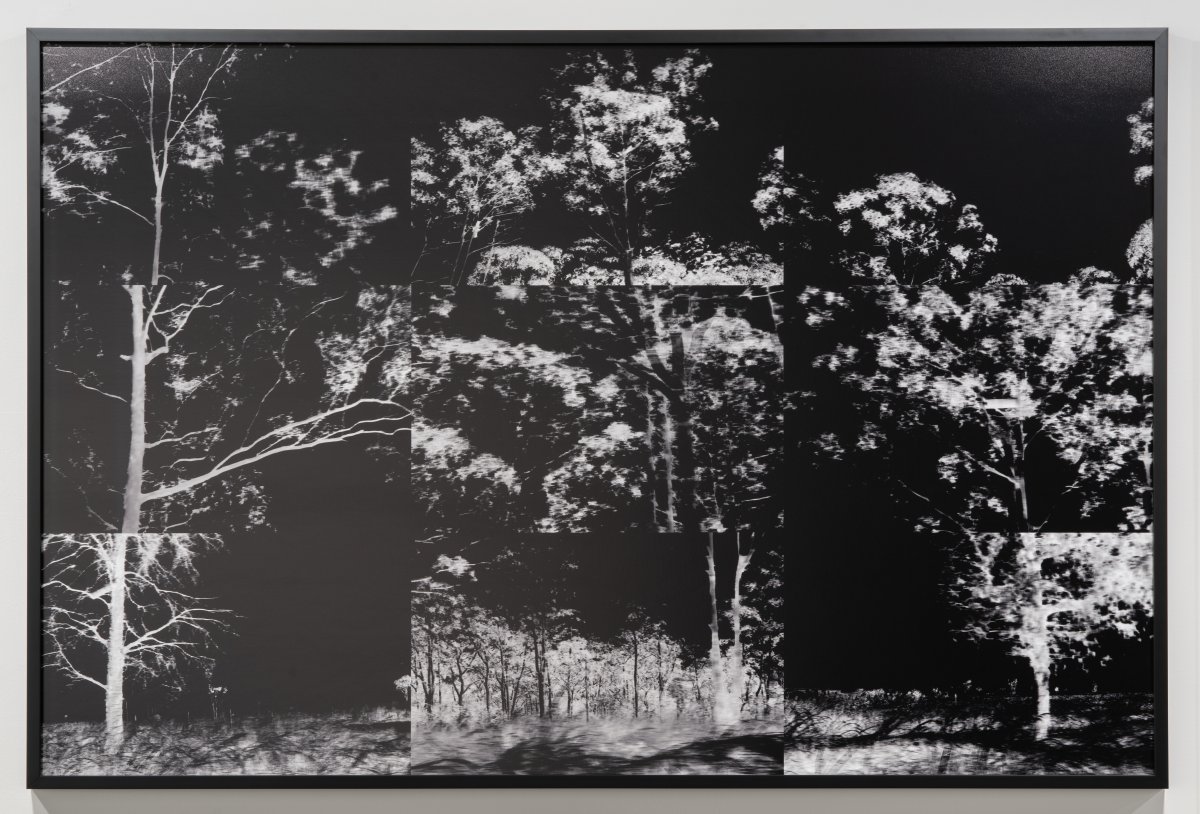 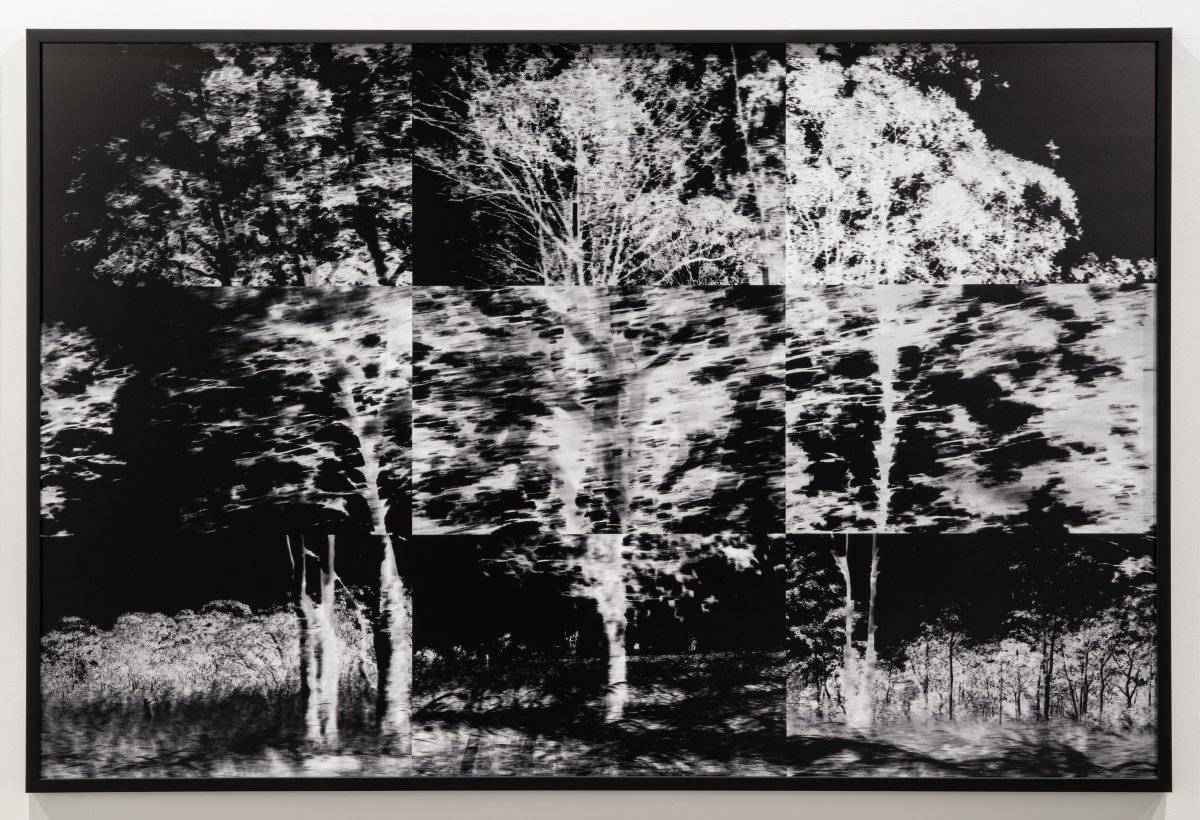 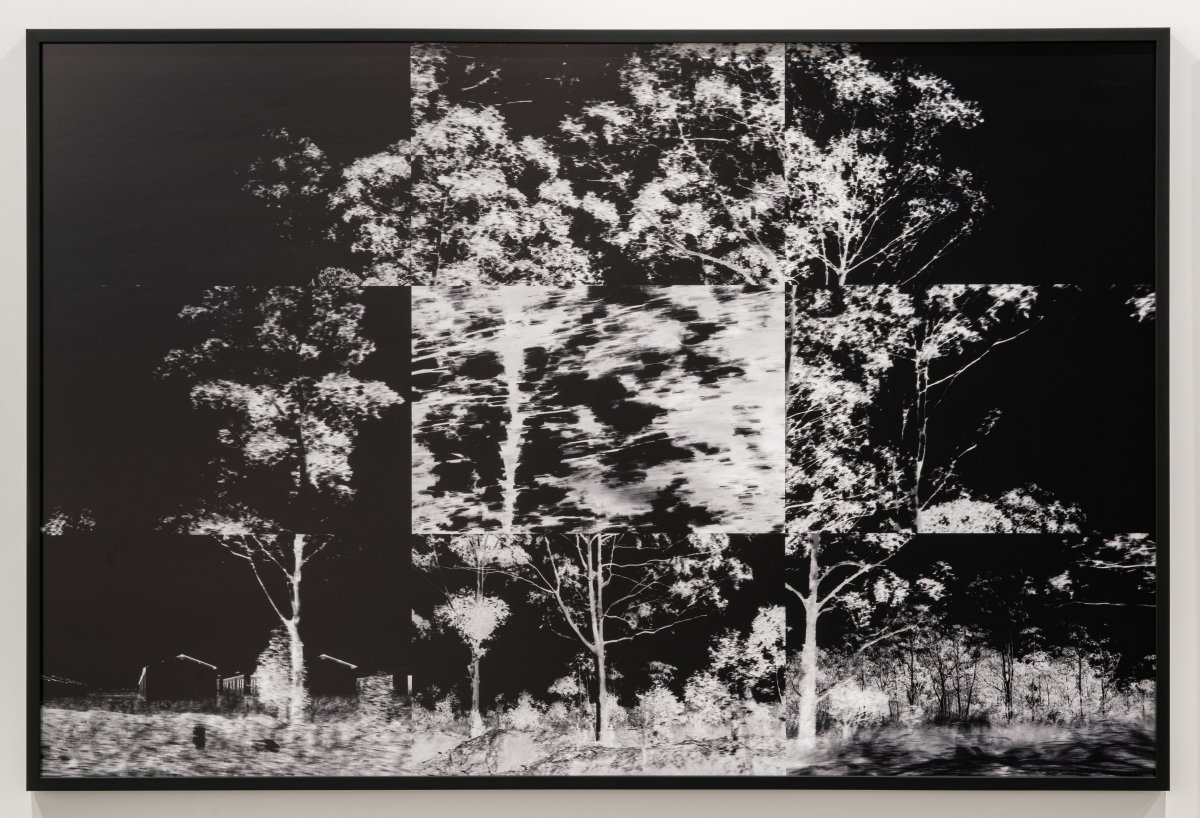 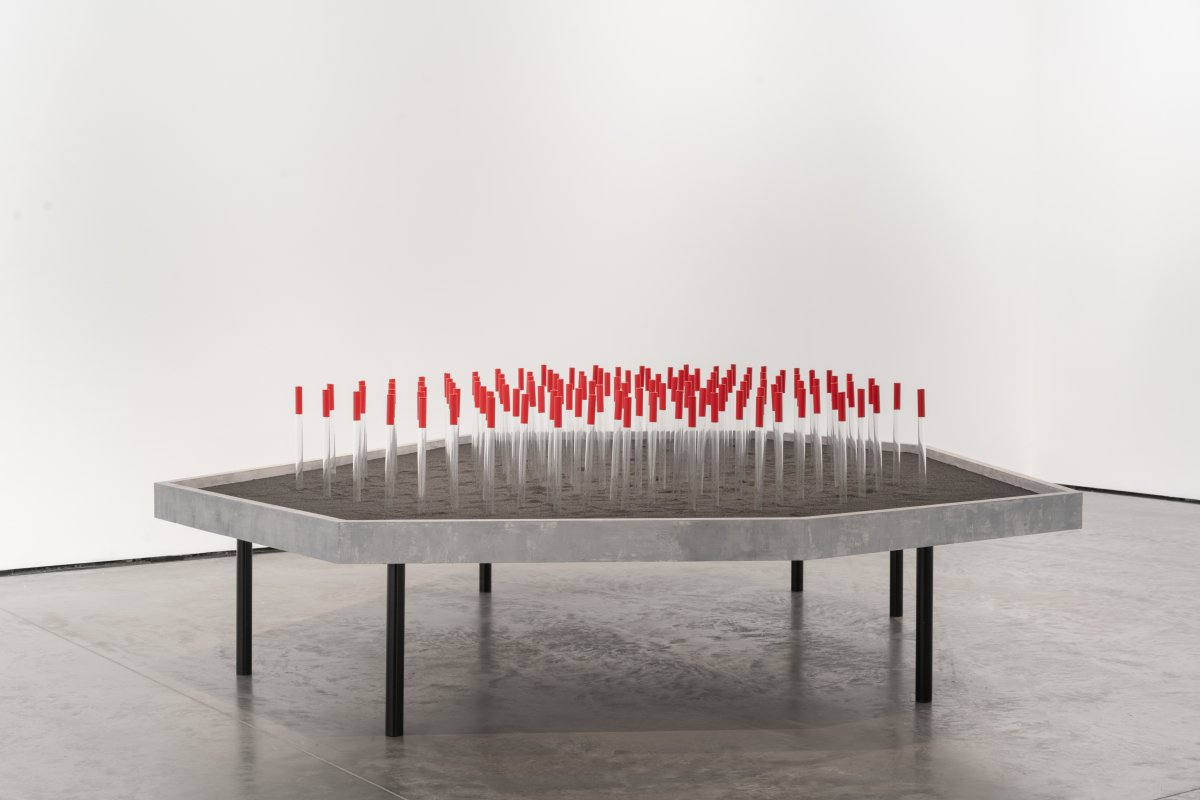 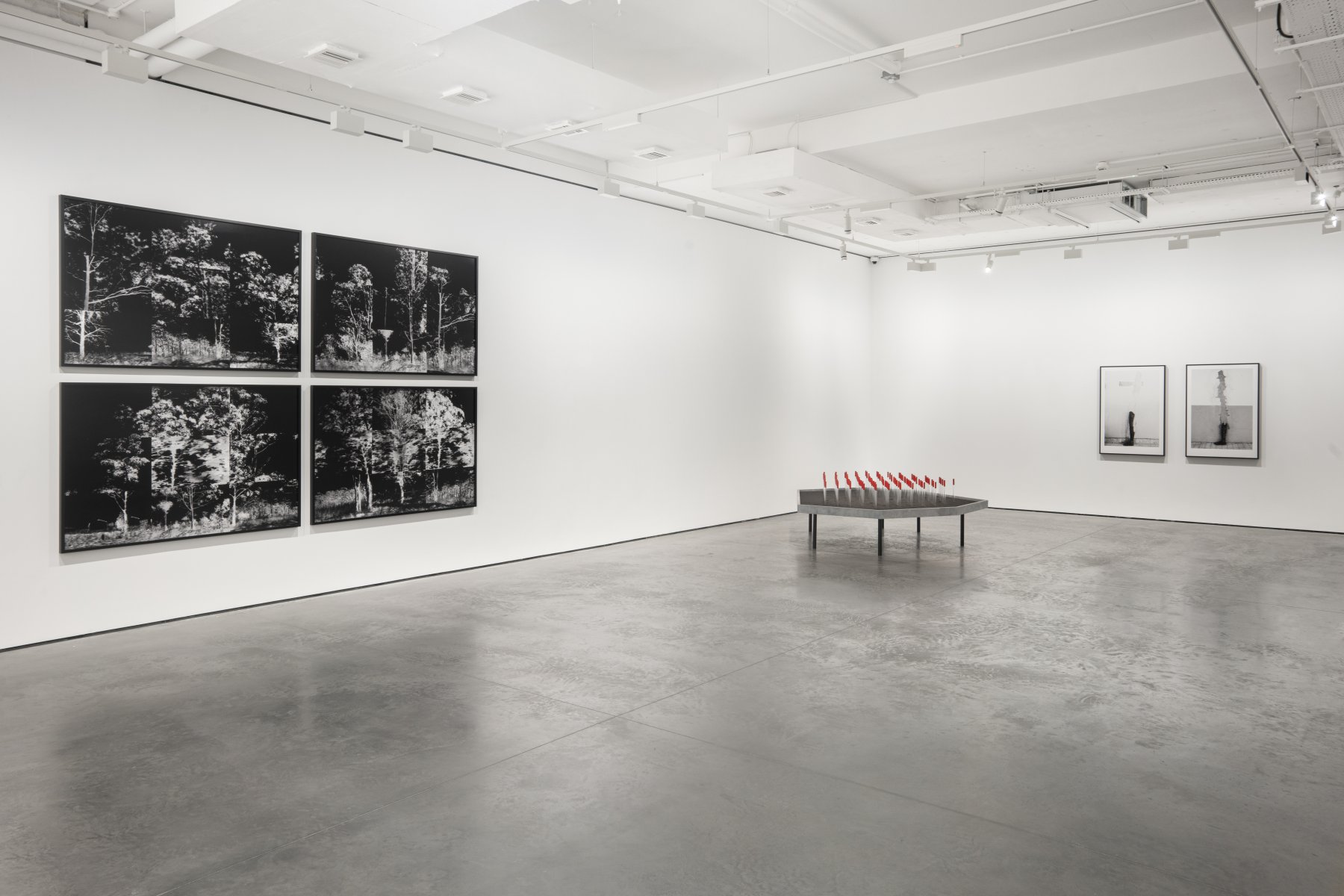 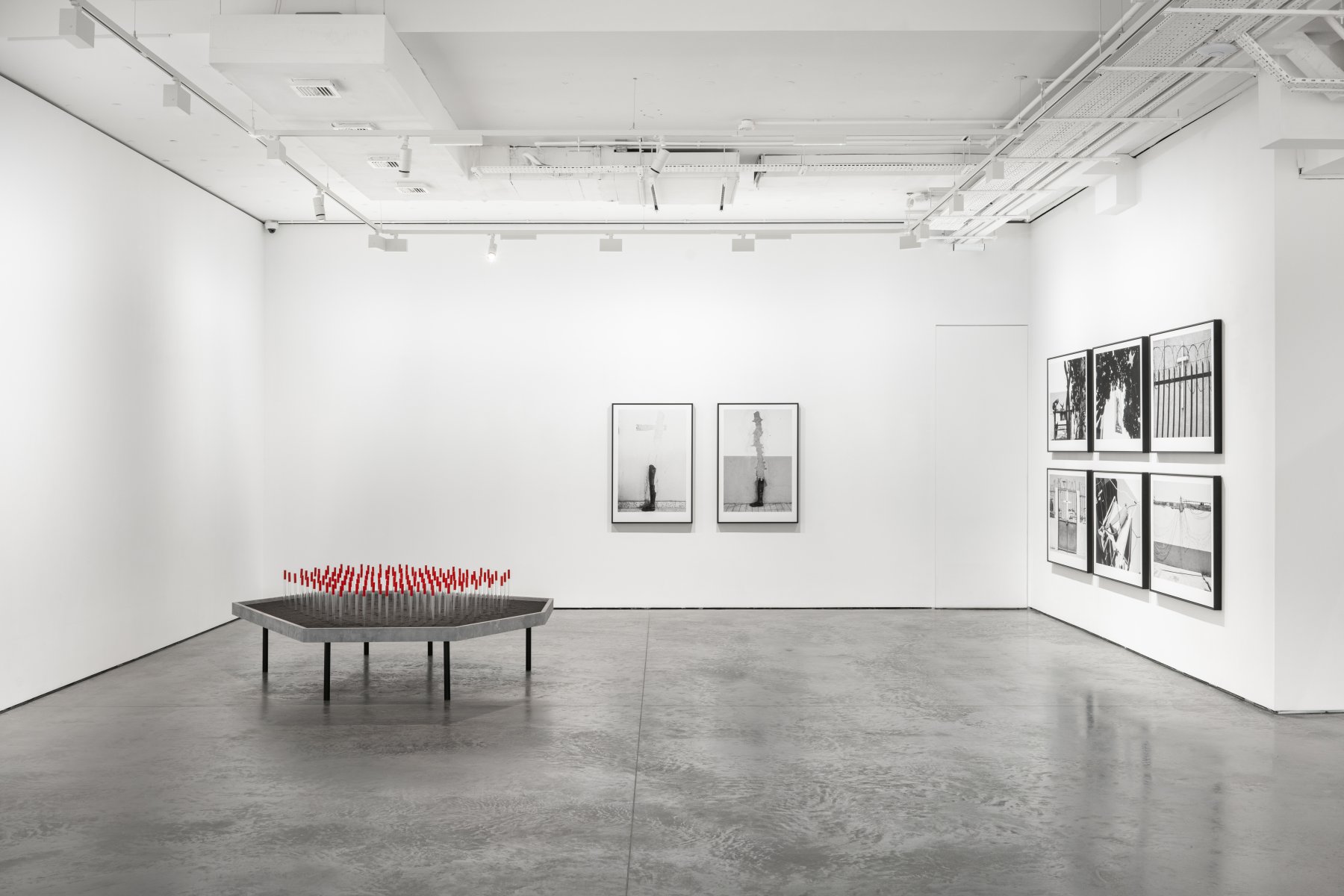 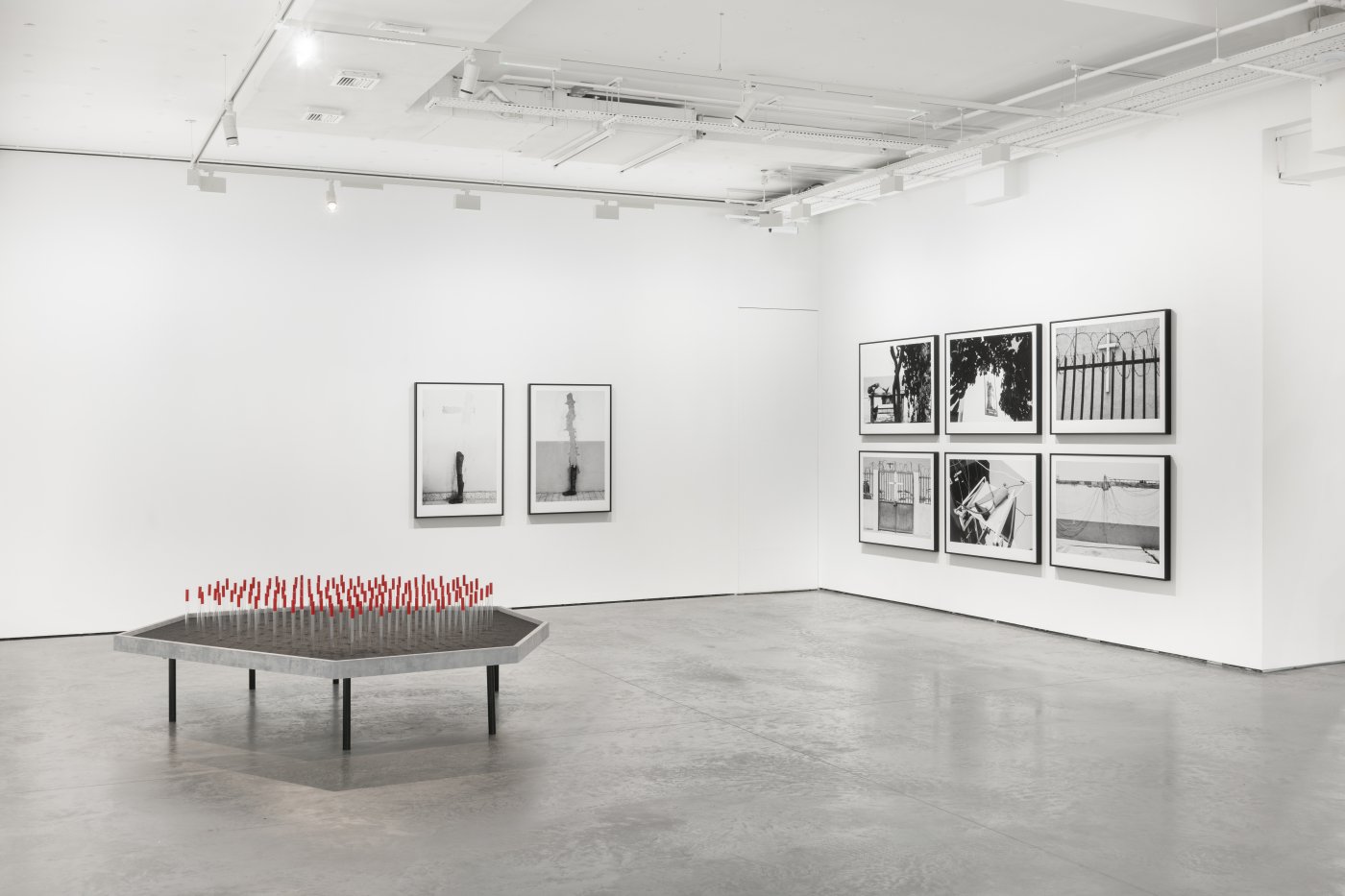 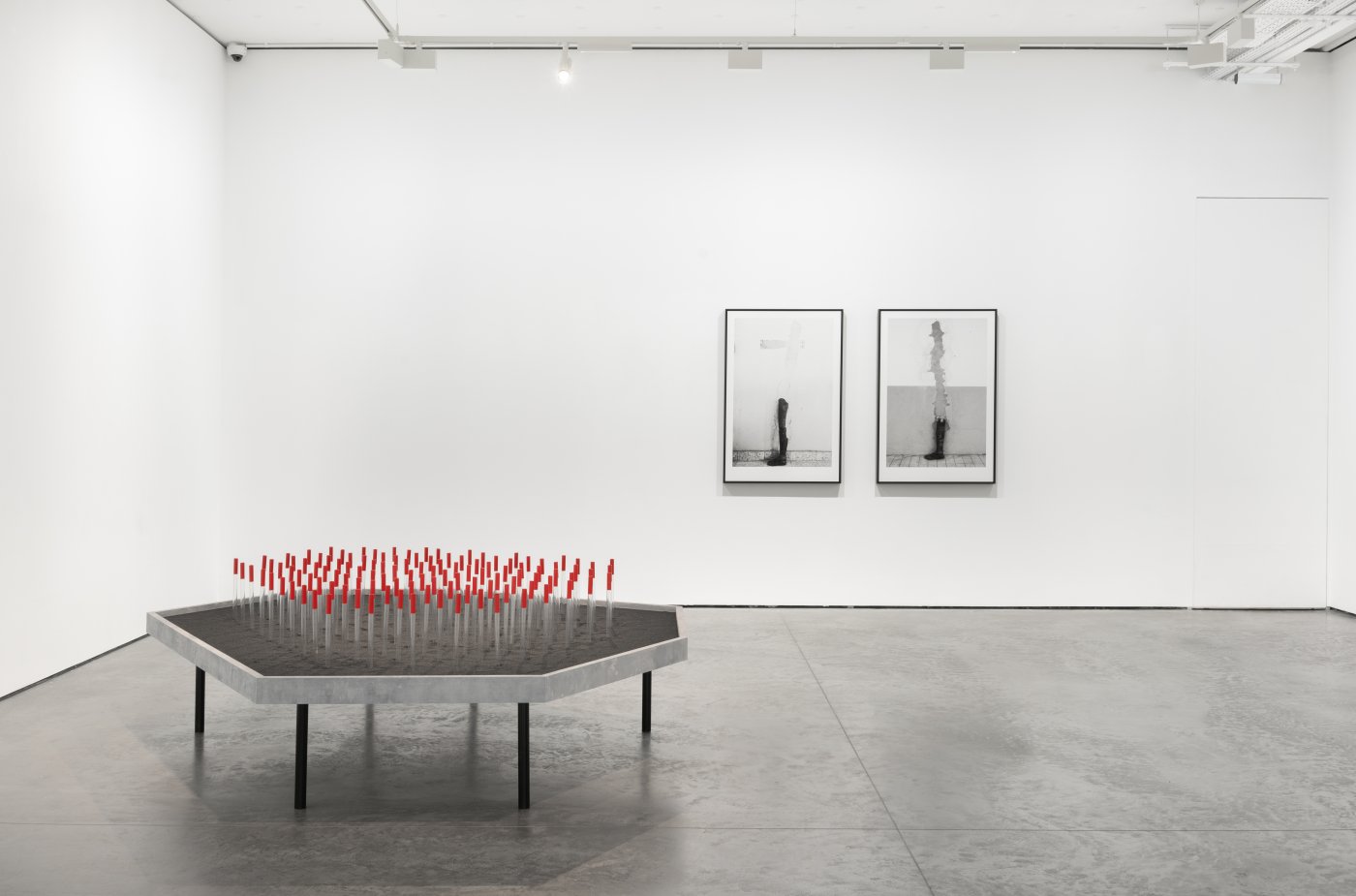 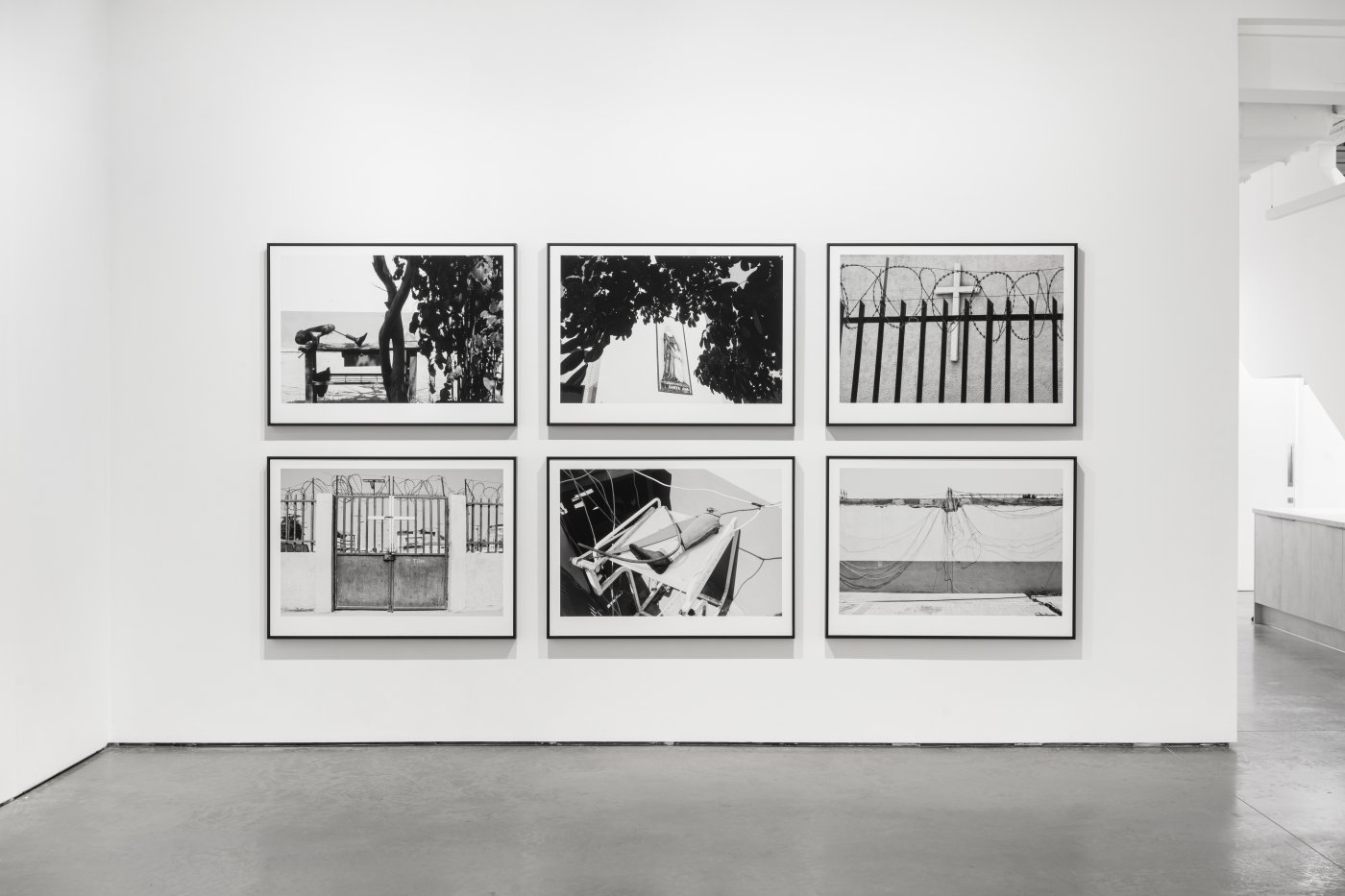 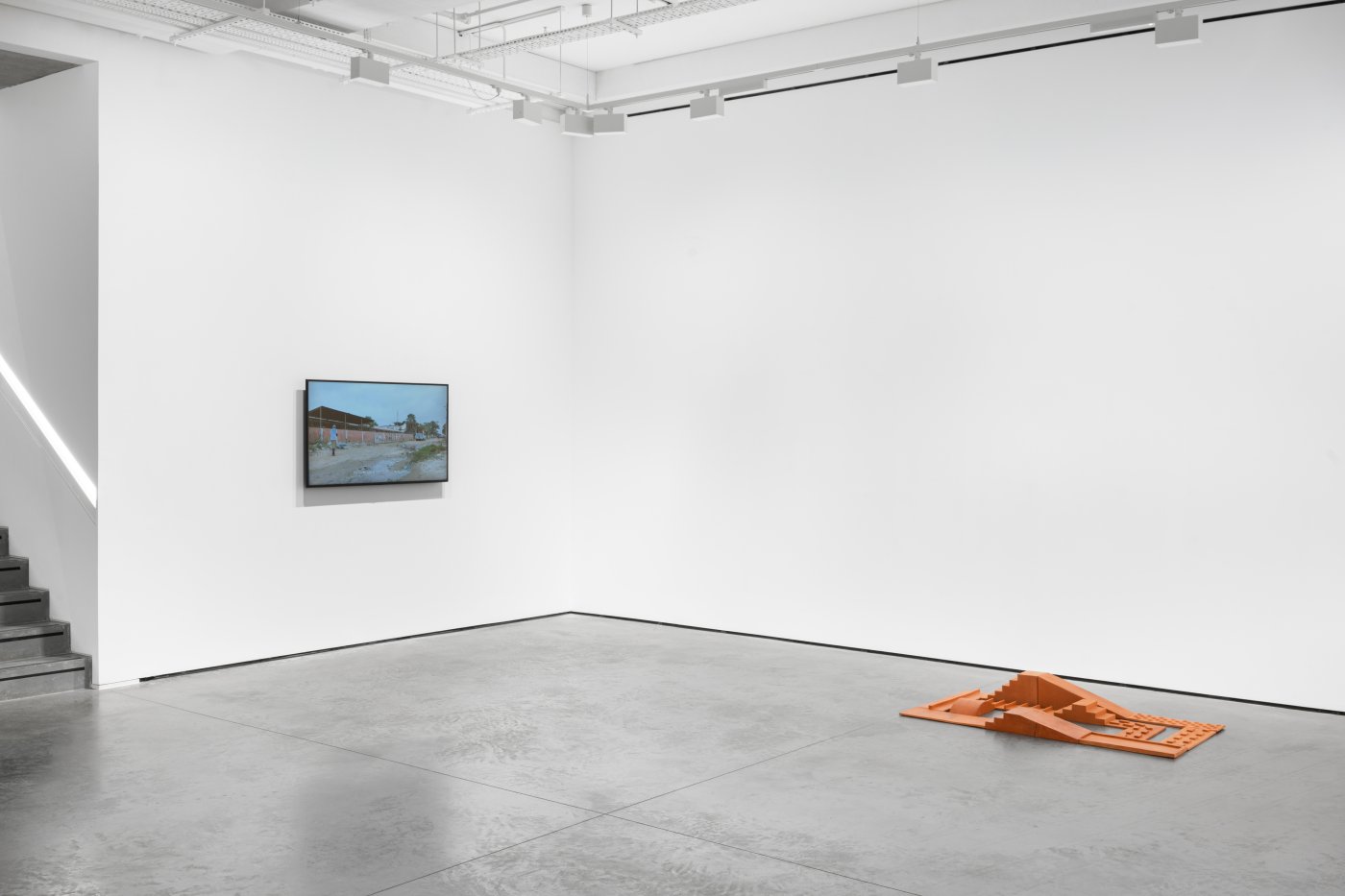 The title of the exhibition couples the painful realities of the past — which present themselves as ghostly recurrences — with the hopeful possibility of recovery. More pointedly, it reflects on the history of Angola through a critique of structures of power that continue colonial legacies. The artist explains; “On the street where I grew up in Luanda, there was a school, a cinema, a police station, and a Catholic church next to an Orthopaedic centre – each of which played a part in the colonial strategy. I decided to focus on the Catholic church and the Orthopaedic centre to think through Western influences in Angola’s history and its devastating conflict.”

The 20th anniversary of Princess Diana’s death in 2017 coincided with Kia Henda’s return to Luanda from New York — a trip during which Diana’s humanitarian efforts were advertised broadly in international media. Part of Diana’s efforts included a visit to Angola, in 1997, where she lobbied against the military industry which benefited from the terror of war, particularly in the production and distribution of anti-personnel landmines. Through photographs, a video installation, as well as new sculptural installations, Kia Henda reflects on the continued effects of active landmines in Angola. A vestige of the brutal civil war, anti-personnel landmines continue to threaten the lives of civilians across the country.

Terra inóspita is a new sculpture that gestures at illusions of safety. The work is modelled on signs used to warn people of the existence of anti-personnel landmines. Made from 117 glass rods, Terra inóspita is a reinterpretation of these warning signs which are often made of wooden sticks painted red and white. The translucency and fragility of glass as a material reflects on the battlefield as a site of deadly experimentation, a lethal laboratory of forts. Loosely translated from Portuguese as “inhospitable land”, the sculpture reflects frustration at the inefficacy of measures to prevent death. Kia Henda recalls small children playing near these signs, wholly unaware of the dangers of existing landmines. Through this work, he pushes against the historicization of the war, returning these concerns to the present moment. Alongside this work is a clay sculpture, A Healing Path for Phantom Pain, based on rehabilitation apparatus used by patients at the Neves Bendinha Orthopaedic Centre. The work reflects on processes of healing and recuperation. The sculpture functions as a model for Kia Henda’s plans to replicate a lifesize rehabilitation apparatus, using sand. For the artist, both materials of sand and clay contain fragility and have a connection to healing pains of the past.

The series of photographs in the exhibition document the Neves Bendinha Orthopaedic Centre and the Santa Ana Catholic church. Devoid of human beings and with no signifiers of time, the images capture an enduring melancholy and restlessness. Both the Orthopaedic centre and the church are a reflection of sites of hope for many Angolans who experienced the effects of war. And yet they reveal themselves as not completely within reach — enclosed, protected…and therefore empty.

Restless Landscape is a series of digital print montages. The images are an assemblage of photographs of the landscape in the central part of Angola where the civil war was particularly damaging. Thinking about the impact of war on both people and on nature, Kia Henda gestures towards trauma’s ability to root itself into the land, thereby necessitating a process of healing and renewal. By creating the photomontages, he is recreating a new landscape filled with overlapping trees — this process of manipulation is Kia Henda’s attempt at rehabilitating the land from a traumatic past.

In Phantom Pain – A letter to Henry A. Kissinger (2020), part of which is filmed at the Neves Bendinha Orthopaedic Centre, Kia Henda confronts former United States Secretary of State Henry Kissinger for his involvement in crimes against humanity and the resultant enduring pain his decisions caused. Kissinger, of course, remains a polarising figure hailed as both war criminal and venerated as a Nobel prize laureate. Through this work, Kia Henda points to the ways in which the retelling of history is illusory, perhaps even deceptive.

Through a meditation on the geopolitical, “A Healing Path for Phantom Pain” studies how trauma travels temporally and spatially while also confronting the painful process of overcoming that trauma.

Kiluanji Kia Henda (b. 1979, Luanda, Angola) employs a surprising sense of humour in his work, which often hones in on themes of identity, politics, and perceptions of post-colonialism and modernism in Africa. Kia Henda brings a critical edge to his multidisciplinary practice, which incorporates photography, video, and performance. Informed by a background surrounded by photography enthusiasts, Kia Henda’s conceptual-based work has further been sharpened by exposure to music, avant-garde theatre, and collaborations with a collective of emerging artists in Luanda’s art scene. Much of Kia Henda’s work draws on history through the appropriation and manipulation of public spaces and structures, and the different representations that form part of collective memory, in order to produce complex, yet powerful imagery.

Kia Henda has had solo exhibitions in galleries and institutions around the world. His work has featured on biennales in Venice, Dakar, São Paulo and Gwanju as well as major travelling exhibitions such as Making Africa: A Continent of Contemporary Design and The Divine Comedy: Heaven, Hell, Purgatory revisited by Contemporary African Artists. In 2019, Kia Henda’s work was acquired by Tate Modern in London, and he was selected to participate on the Unlimited sector at Art Basel. In 2020 Kia Henda will be shown at the MAN Museo d’Arte Provincia di Nuoro in Italy, marking his first major solo exhibition in a European museum.

Kia Henda currently lives and works between Luanda and Lisbon.