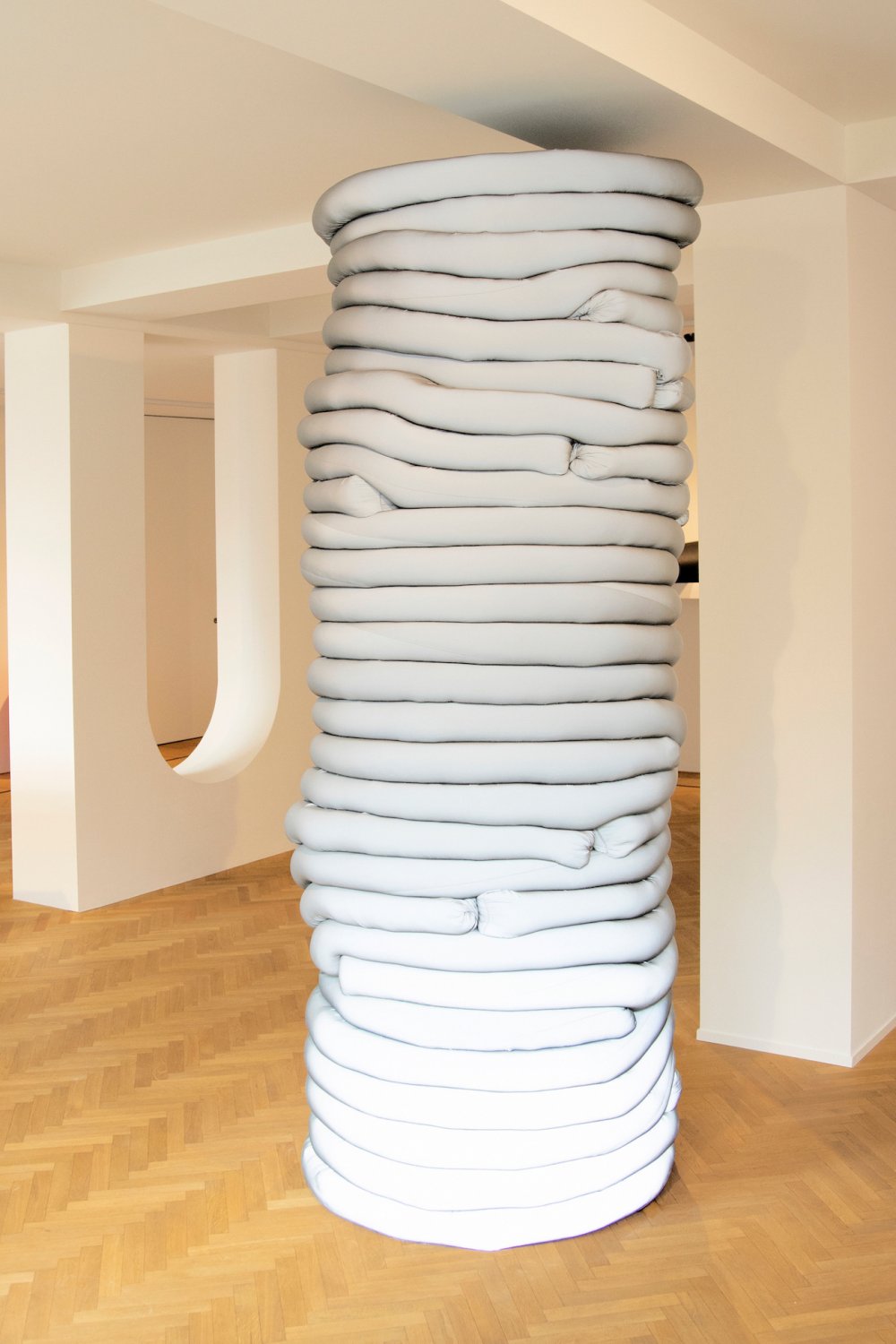 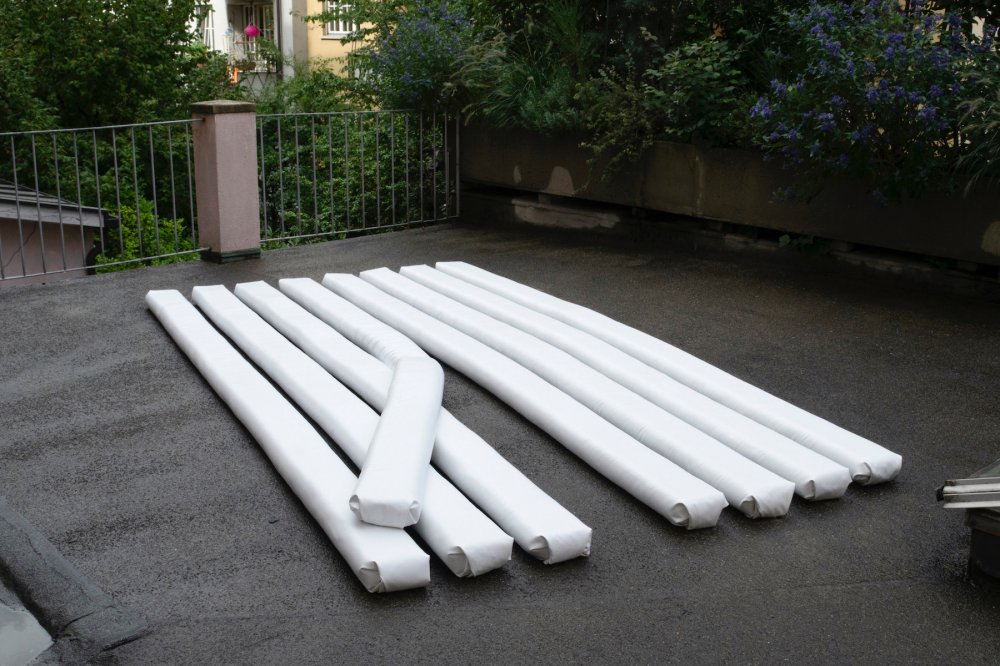 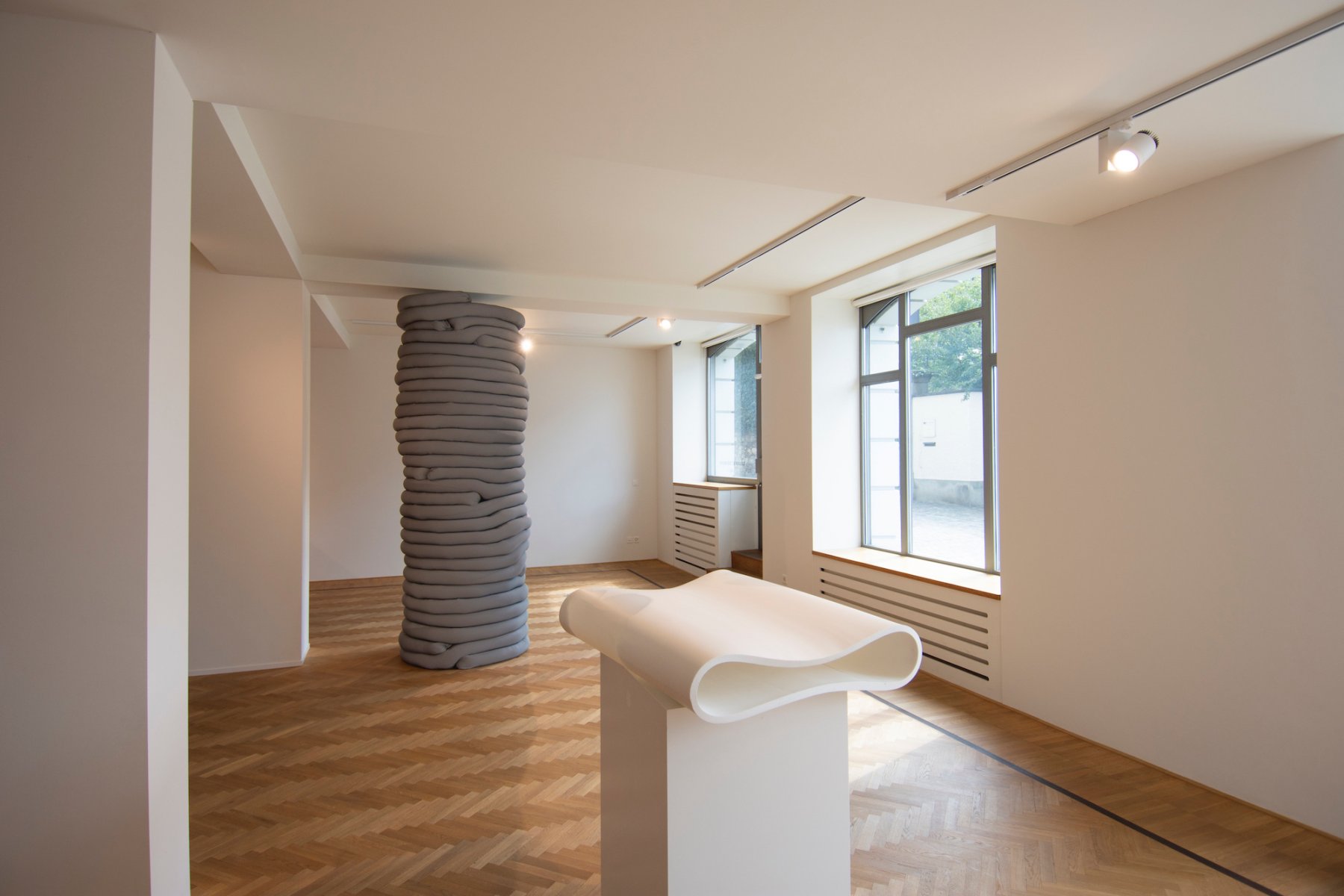 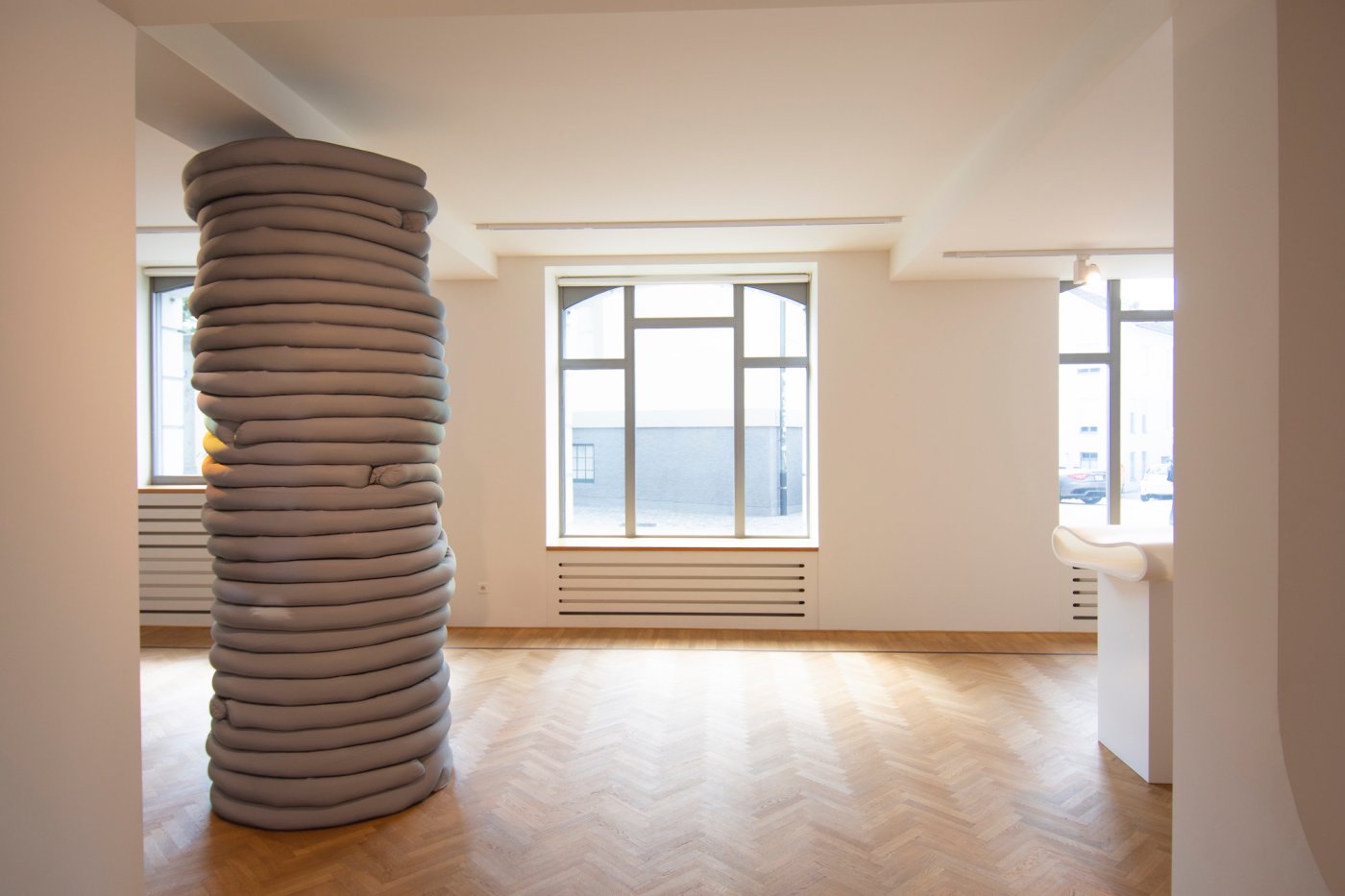 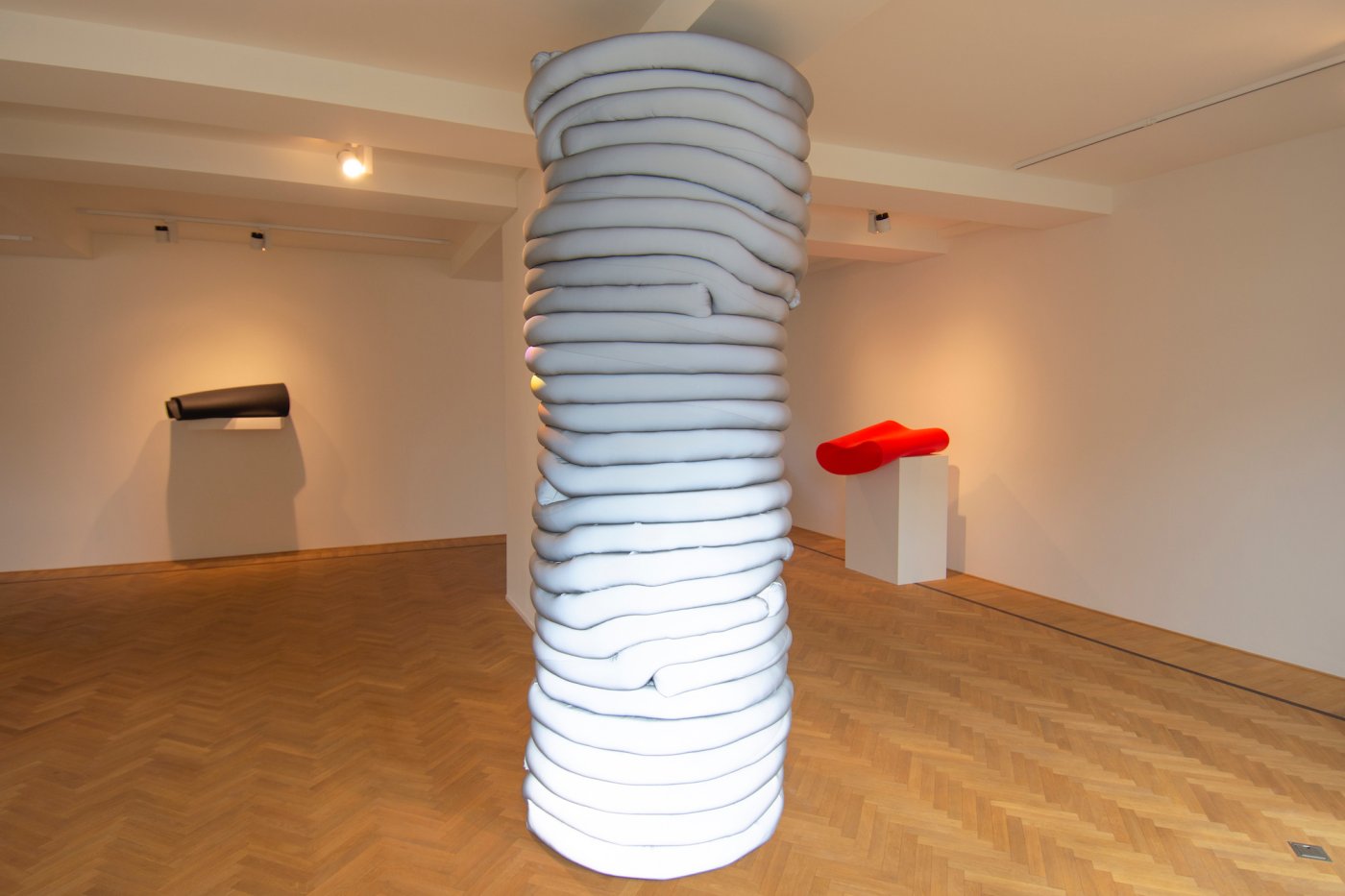 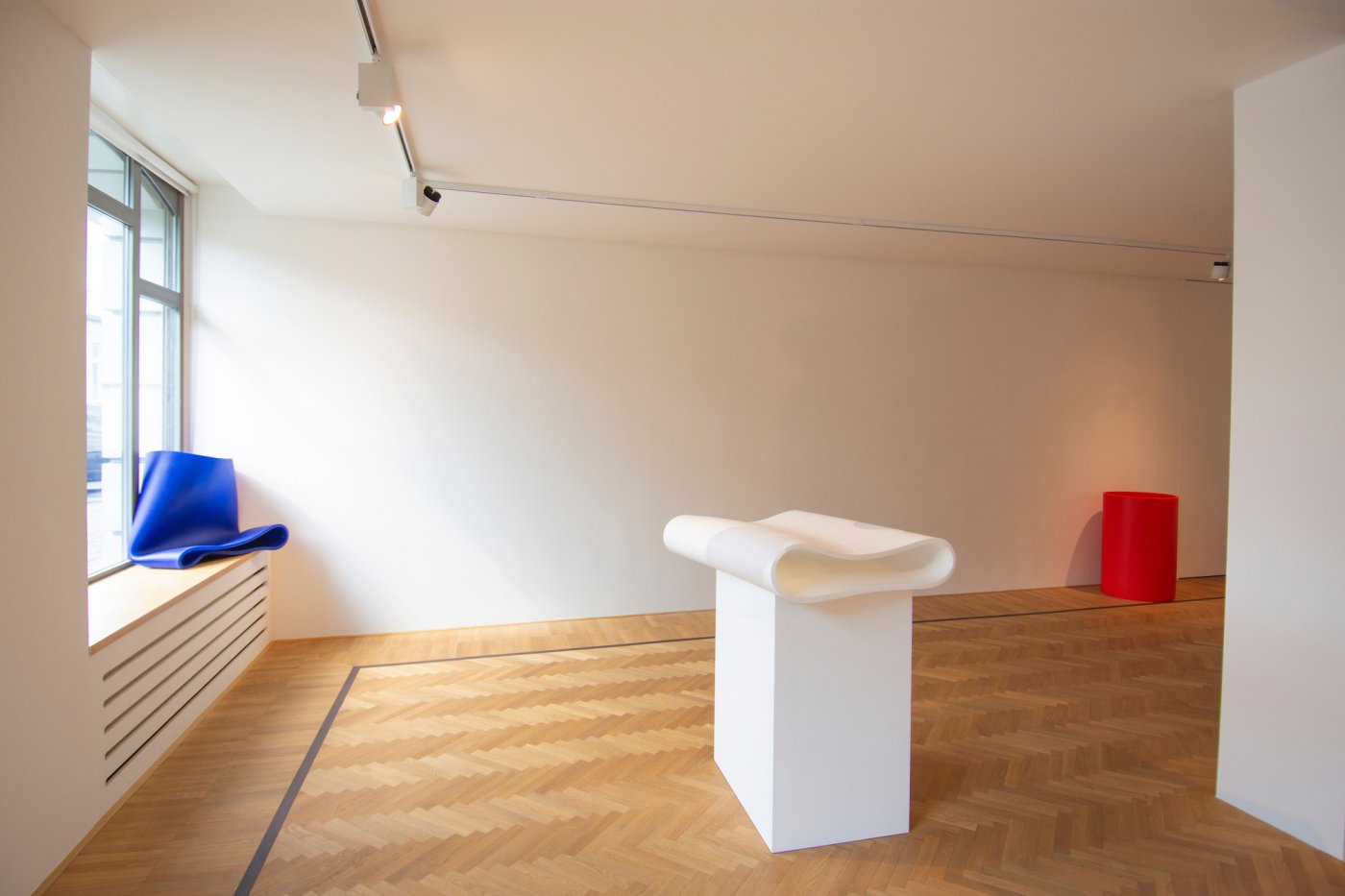 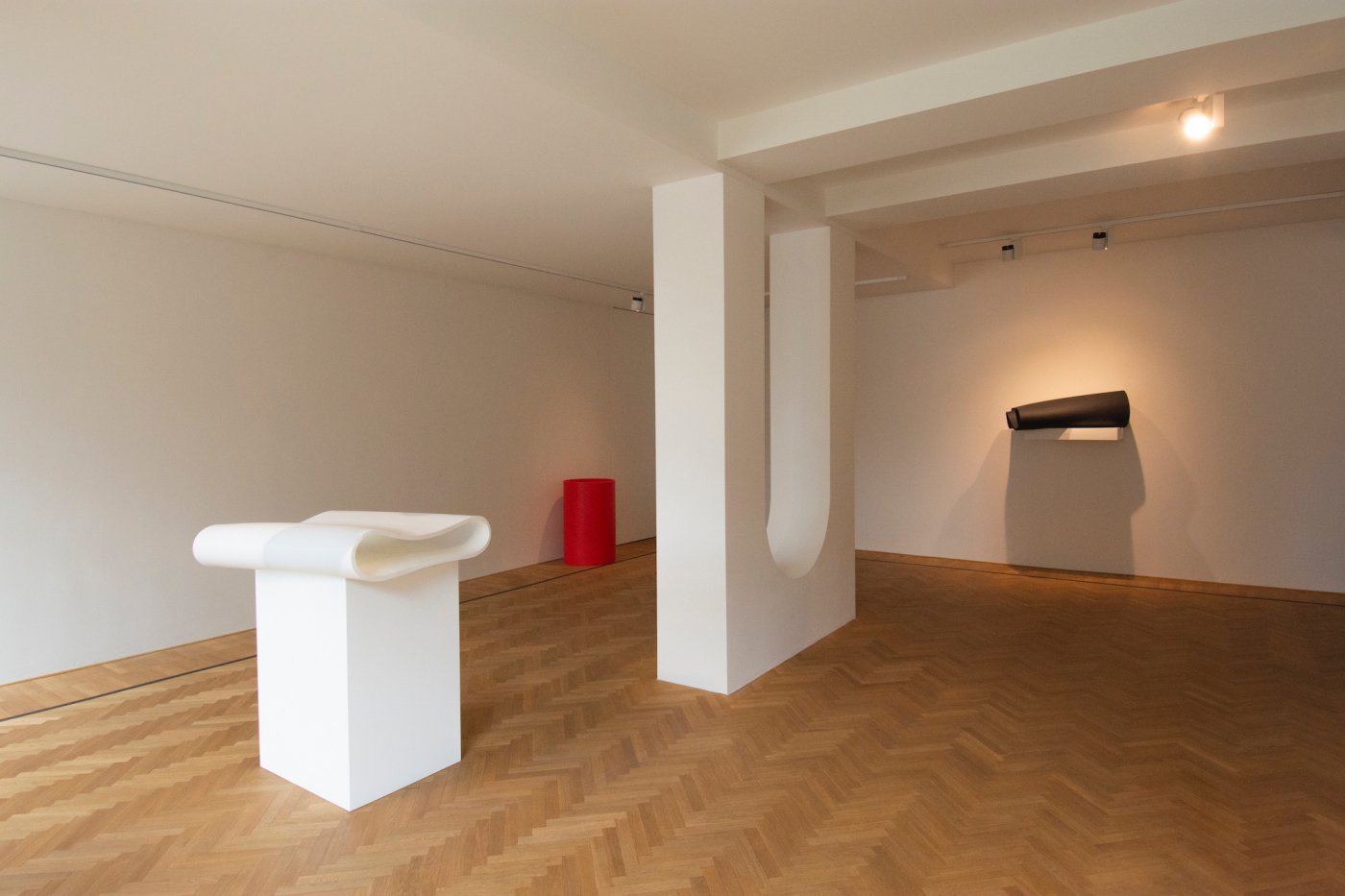 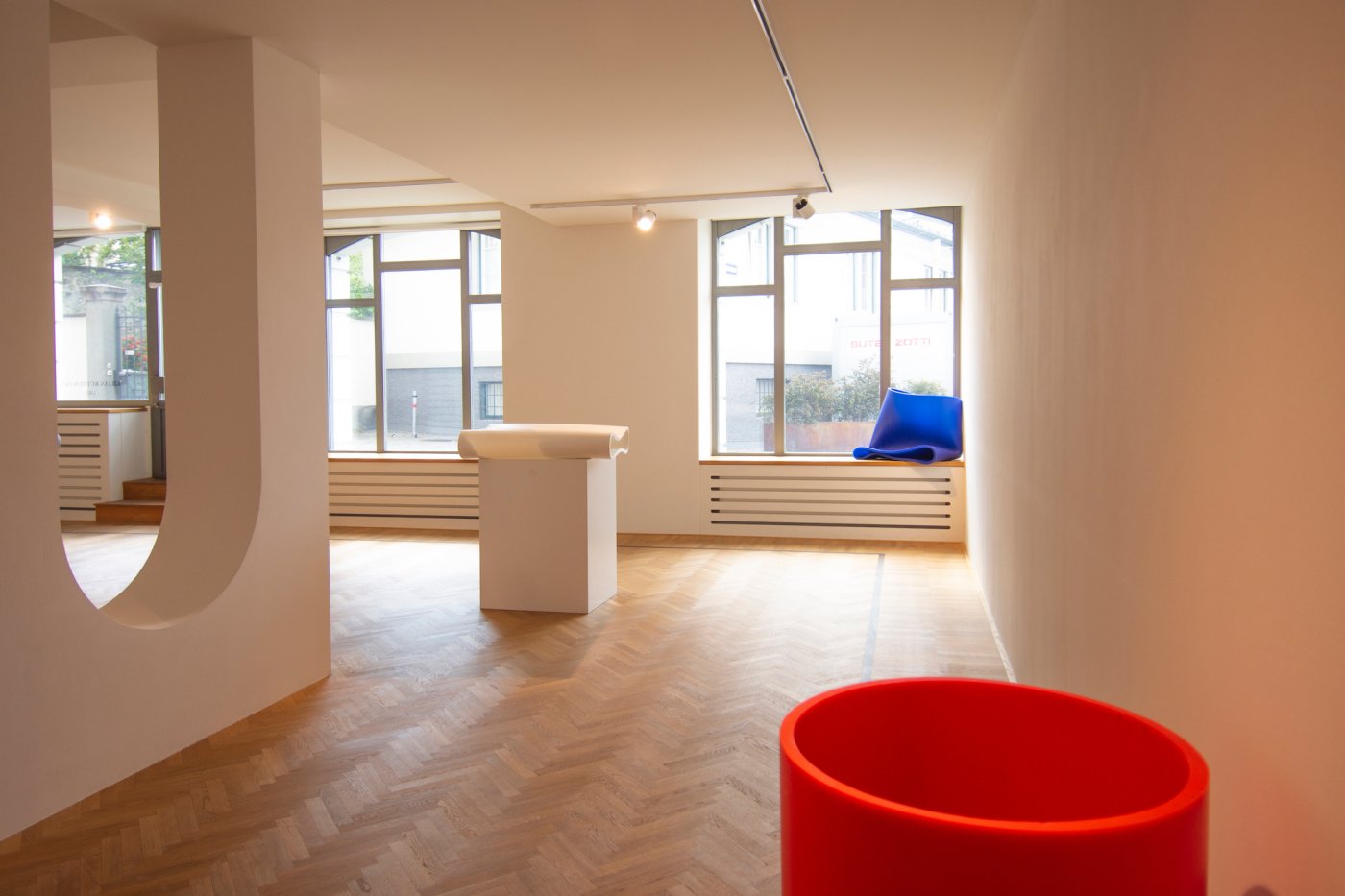 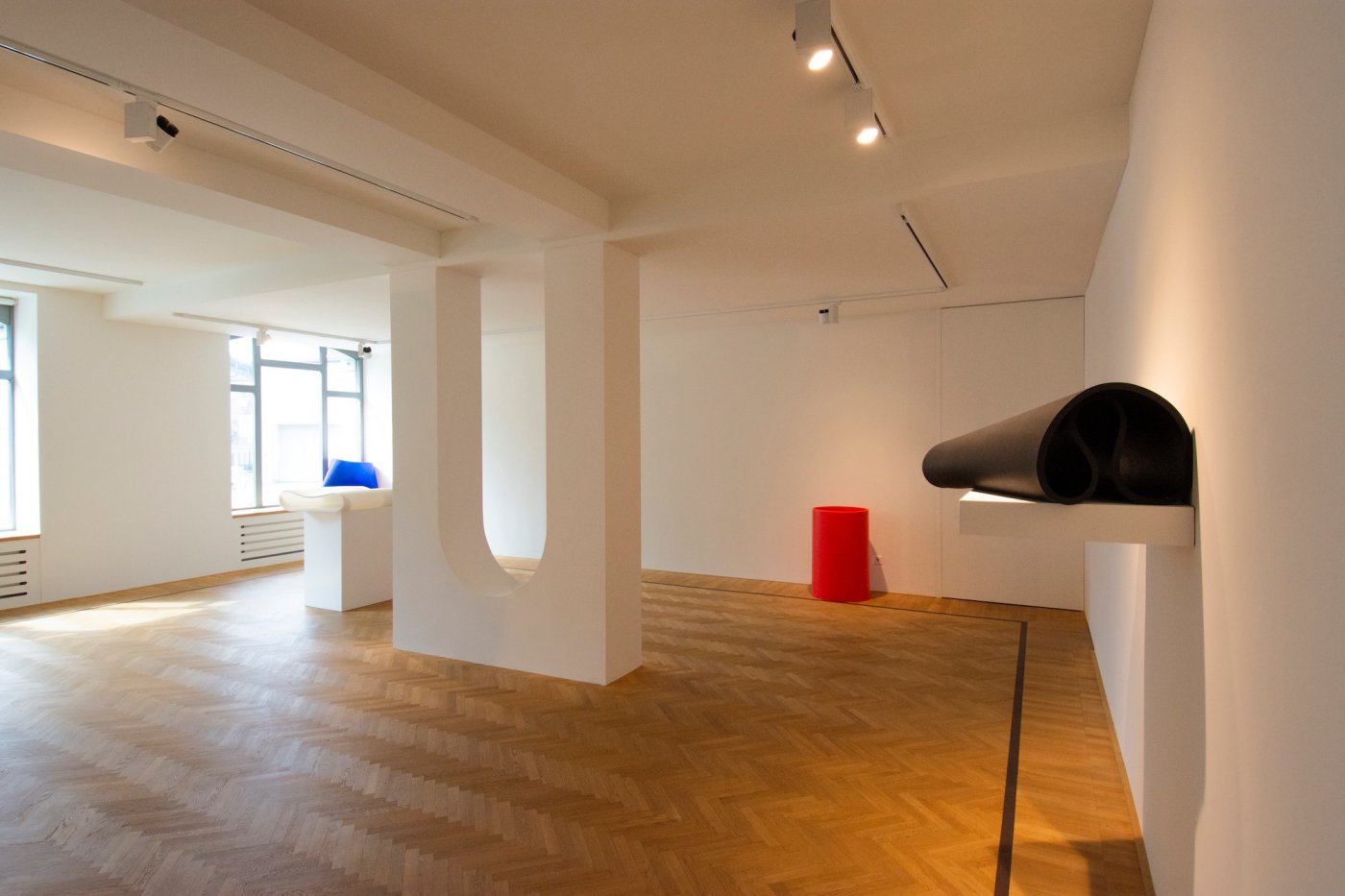 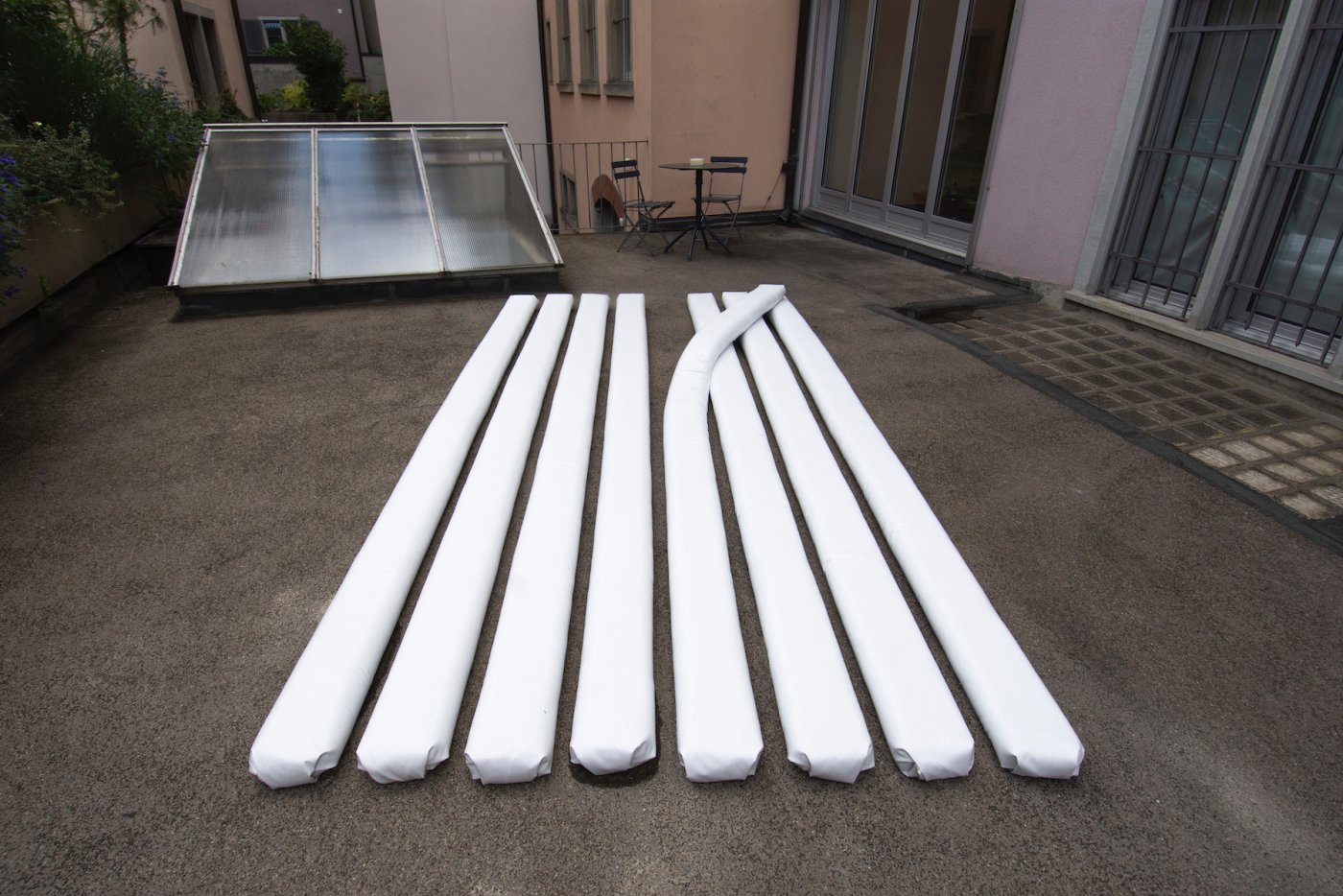 Entering the gallery you are greeted by the soft and playful dance of color and light reflecting off the hi-tech fabric of a majestic ring-tower. Standing in the room awkwardly and almost as high as the ceiling, this sculptural intervention examines the spatial limits of the exhibition space. The reflective fabrics – more commonly used on safety jackets – are soft vessels filled with sand. The sandbag stands as a unit of construction developed for displaced people. Sand is almost liquid and shapeless when it’s loose but becomes hard like concrete when stuffed and compressed in a limited space. Appearing near bursting-point, the earthquake-proof construction has a precarious, wobbly look, while the play of light on the surface attracts us almost magnetically and tempts us to touch it or overthrow it.

Further in five new works, each called quite literally Re-Position and each in a different color, are staged differently within the space. Made from a single piece of glossy silicone the works have the ground shape of a tube. This extremely simple shape is deformed by its own weight. It adapts to the architecture of its subsurface without, however, completely losing a certain tension. They just hold themselves upright or squeeze themselves into a corner… they slosh over the base or deliberately stand obliquely. The result is an almost poetic, emotional effect. Depending on their position they allude with a wink to a Bauhaus sculpture, an architectural model or the body or something else entirely. It’s like a bow to what they represent with a mischievous smile on their face. They are living bodies rather than empty skins. Lazy ones, however. They are slackers. Almost as if they are playing dead. Passively present. Much like sit-in protesters who make themselves heavy when they get carried away. Due to the bounciness of the material, the work’s weight and tenuous grip, the installation of the sculpture has performative qualities, as the work is only completed by the final act of placement. In their formal simplicity, the works of the trained sculptor reveal a comprehensive knowledge of the source materials, whose properties and potentials Rüthemann explores.

Both works get their power from being heavy, soft and rather passive. A third new work is found on the terrace – eight long sand-filled poles lie almost perfectly next to each other – one of them bunked off. Fingers crossed doesn’t nod so much to Minimalism as to the formalisation of a gesture or saying. Rüthemann’s work extends over the bend of the floor which also acts as a roof for the space underneath, and enters into a dialogue with the surrounding landscape.

The works play with an elemental dichotomy – the collision of high and low needs and technologies. As with all of Rüthemann’s works, assumptions are being tested by new relationships; the viewer’s expectations are considered and played with, equally subject to the artist’s manipulation as the physical materials he uses.

Courtesy of the artist and Fabian Lang, Zürich