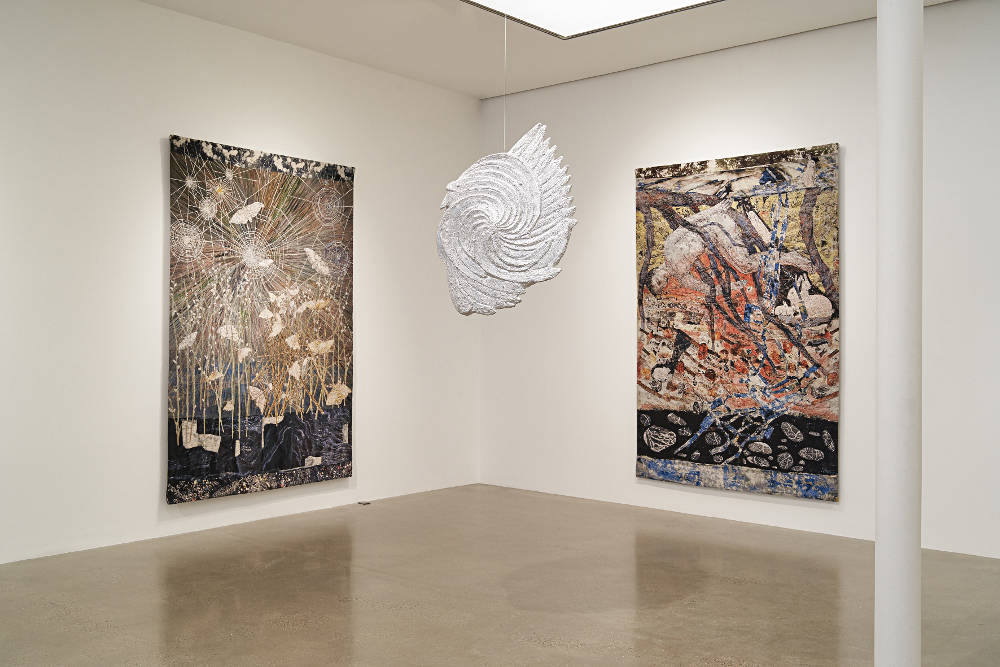 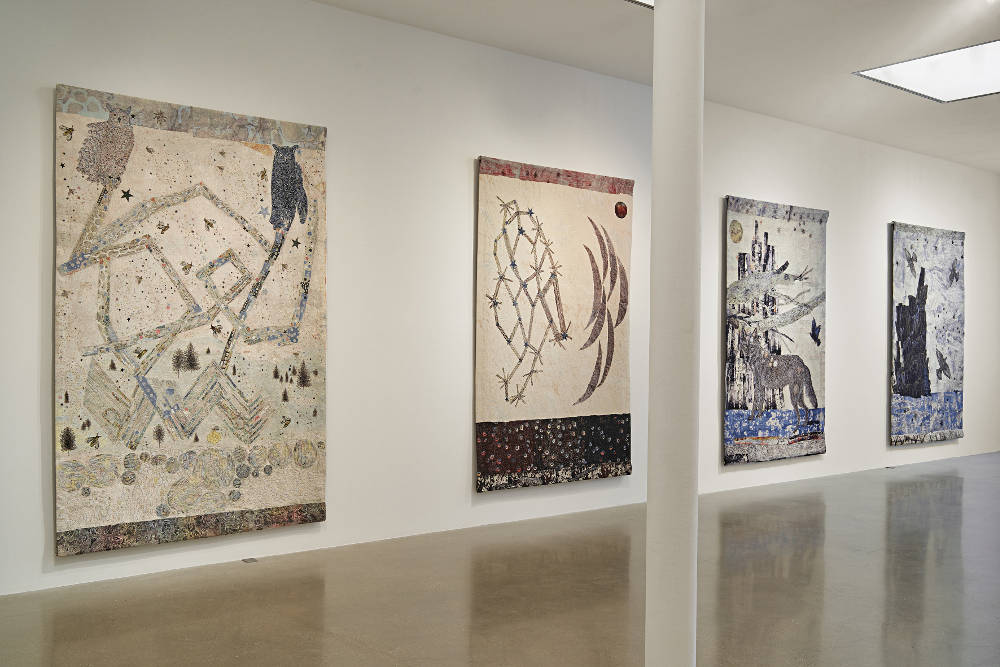 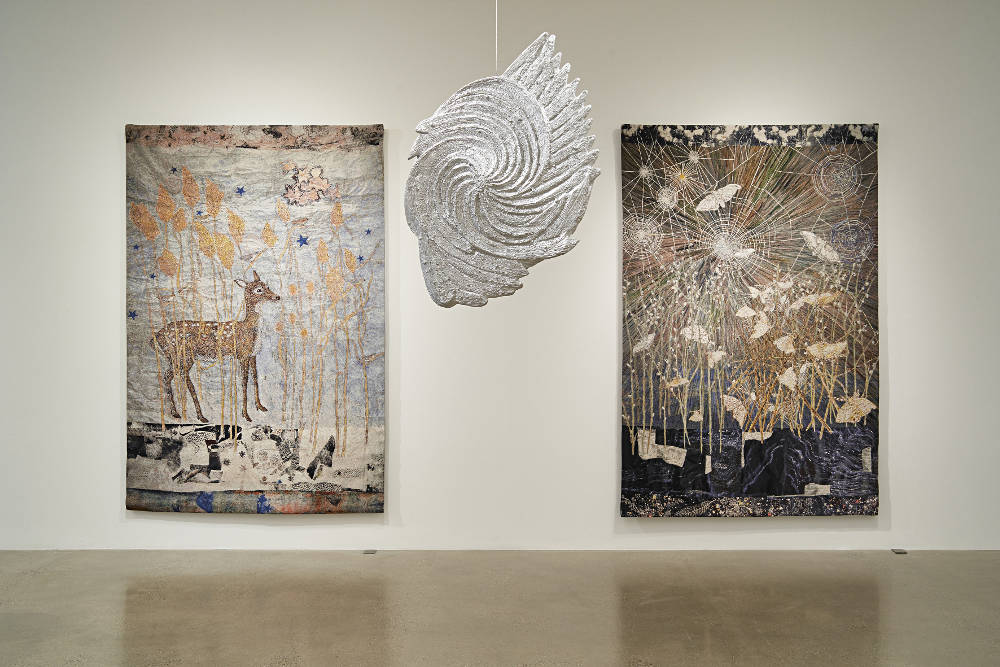 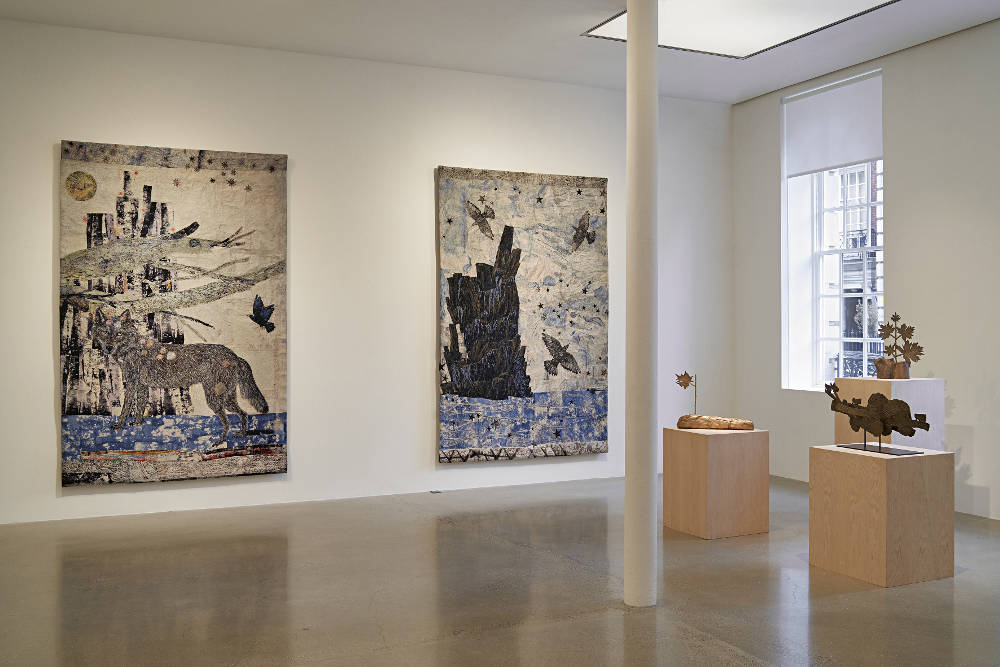 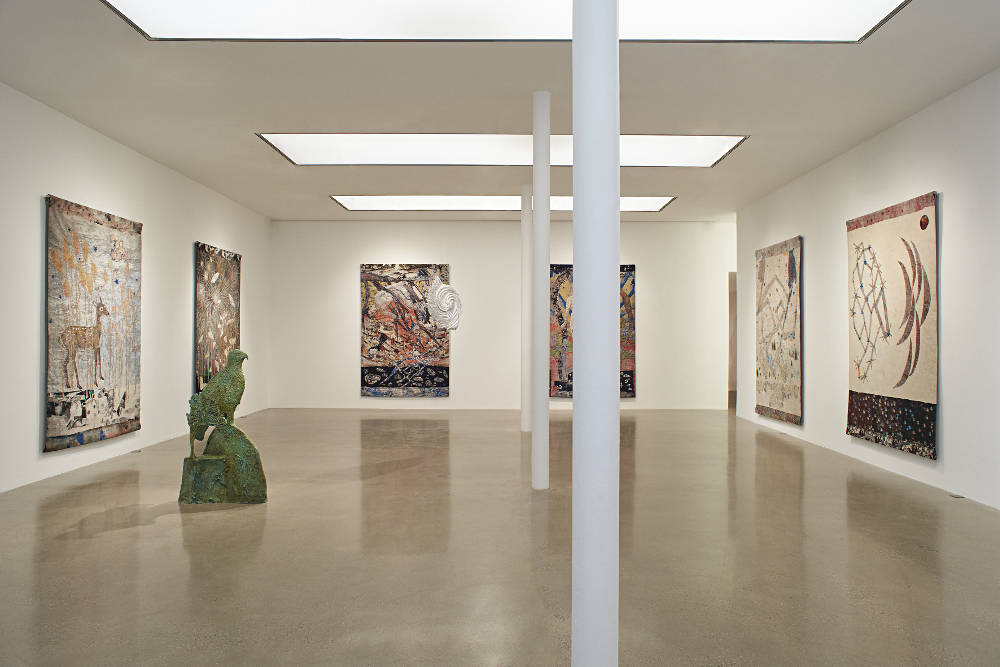 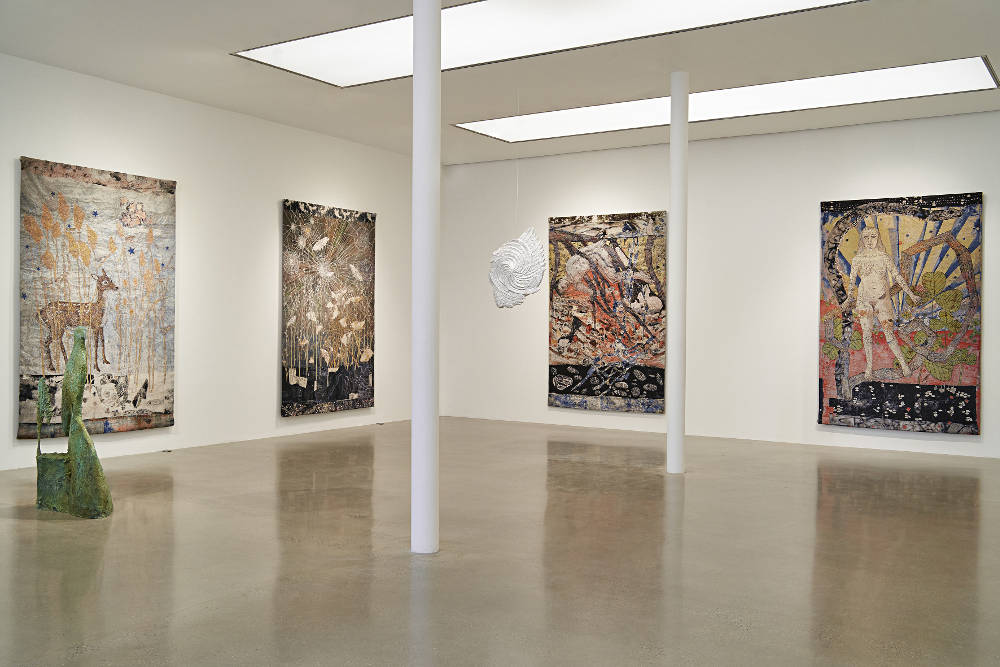 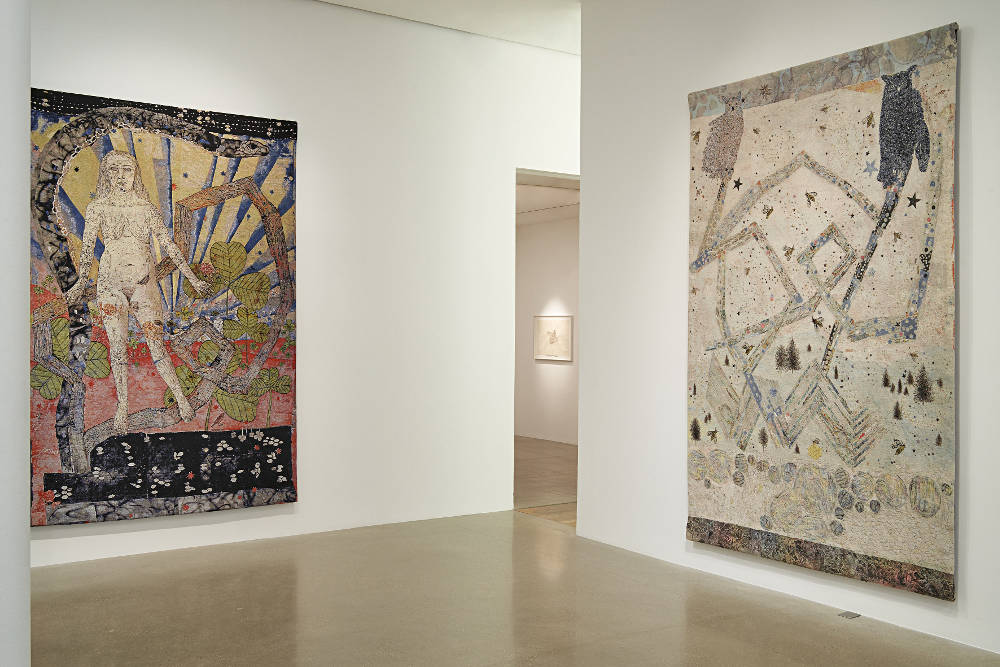 Produced in collaboration with Magnolia Editions, the tapestries are rich with allegory, conflating Smith’s confrontation of subjects such as identity, mortality and women’s liberation with visual metaphors in the form of mystical creatures and nude human forms.

Through everyday materials such as glass, ceramic, fabric and paper, Smith’s work examines the dichotomy between the psychological and physiological power of the body. Smith’s objects and drawings based on organs, cellular forms, and the human nervous system demonstrate her deep understanding of the body’s intimate functions and delicately balance the global with the personal.

In the early 1990’s, Smith’s practice evolved to incorporate animals, domestic objects, and narrative tropes from classical mythology and folk tales. Life, death, and resurrection are thematic signposts in many of Smith’s installations and sculptures. This subject matter is closely intertwined with Smith’s own experience of widespread and personal tragedies; such as the 1980’s AIDS crisis.

As a young girl, one of Smith’s first experiences with art was helping her father – American sculptor Tony Smith – make cardboard models for his geometric sculptures, and her early practice was greatly informed by other adults around her, including her aunt, Graziella who taught her embroidery and other handicrafts. This formative education spurned a great interest in folk arts, which are still prominent in Smith’s work now, especially evident in her tapestries.

Produced by Magnolia Editions, the 2 x 3 metre tapestries featured in the exhibition at Timothy Taylor are made using a digitised Jacquard weaving process, which employs a punch-card system to control the thread sequencing. Smith devises the compositions by collaging life-sized cartoons together from drawings and prints – the information that is amassed then passes between Magnolia Editions and Smith to identify areas of colour and design. The exhibition at Timothy Taylor displays the suite of tapestries, alongside sculptures in bronze, aluminium and silver, and works on paper.