David Richard Gallery is pleased to present Wax and Wane by Kevin Umaña, his first solo exhibition in New York and with the Gallery. This exhibition of 17 new artworks created during 2021 is part of a larger body of work comprised of five different, but related and interdependent bodies of works that differ by size, supports and media. 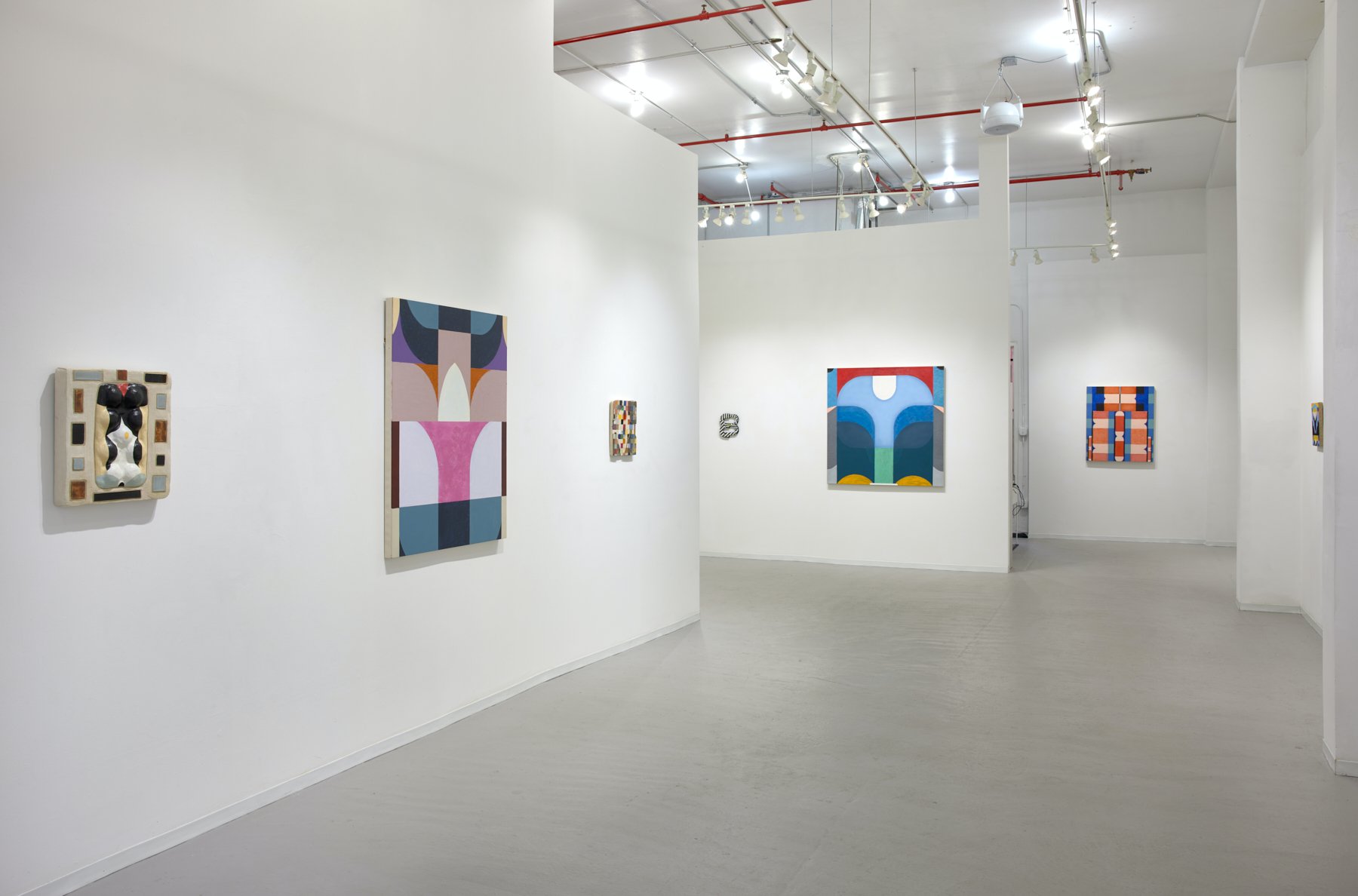 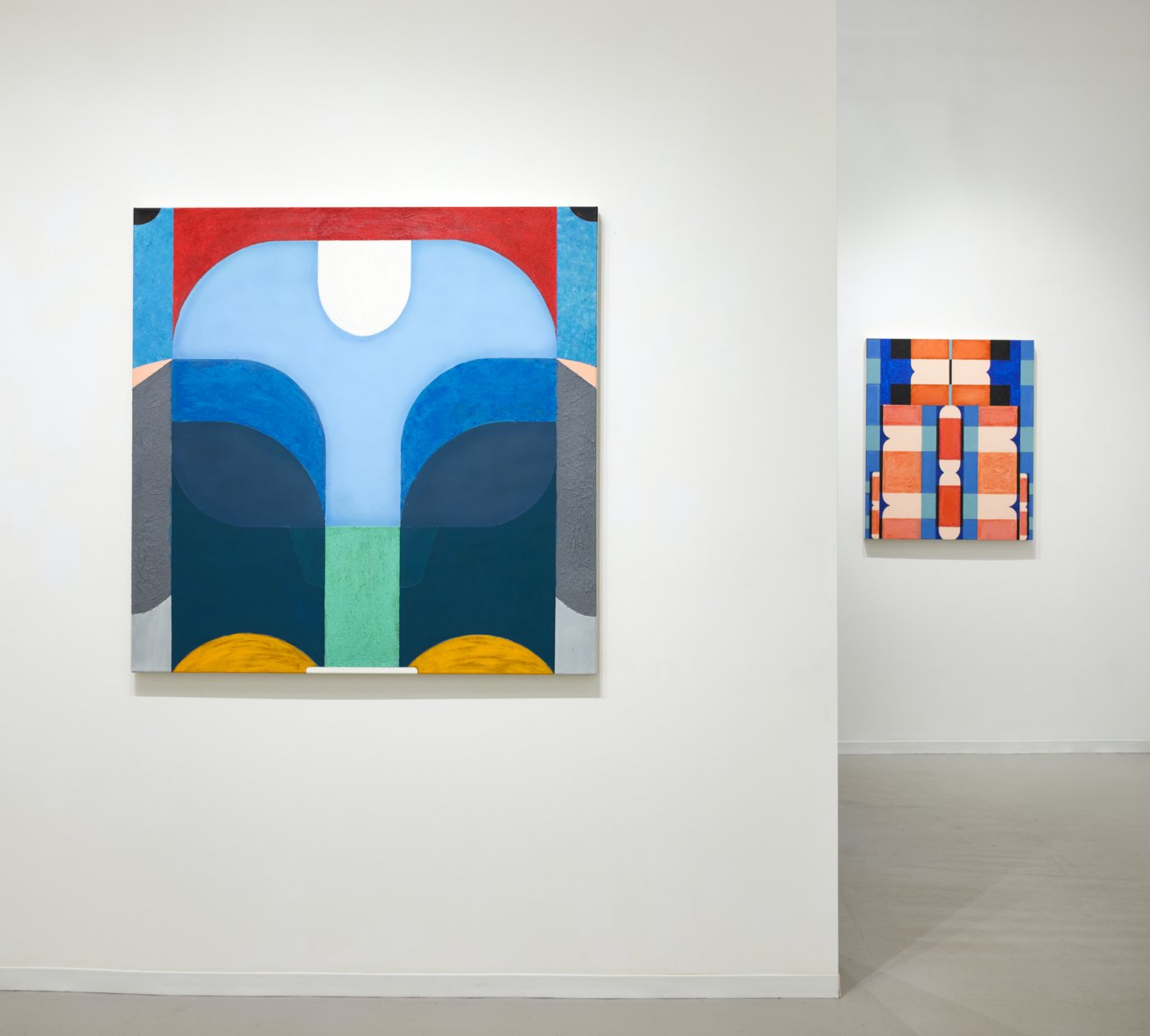 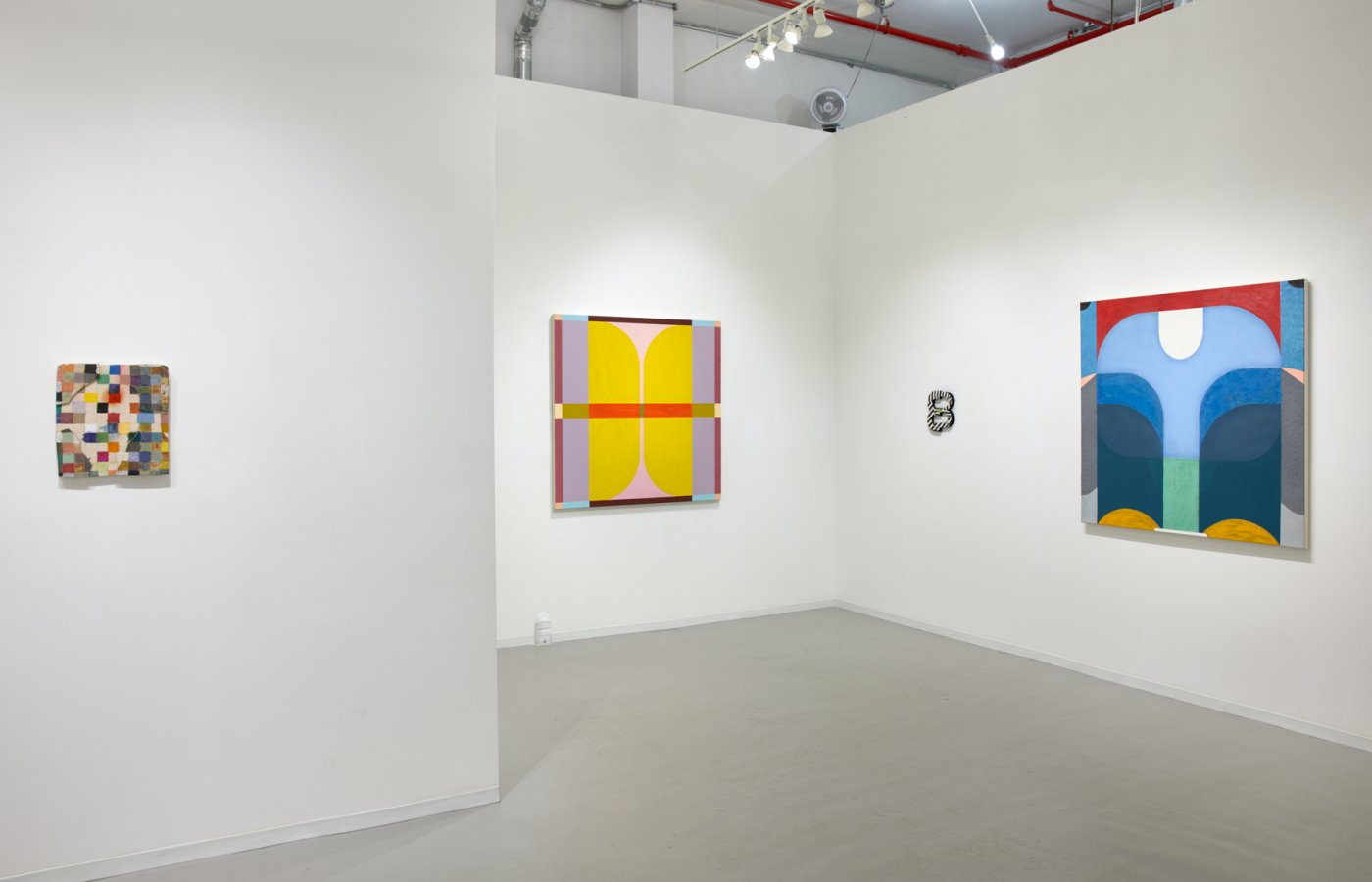 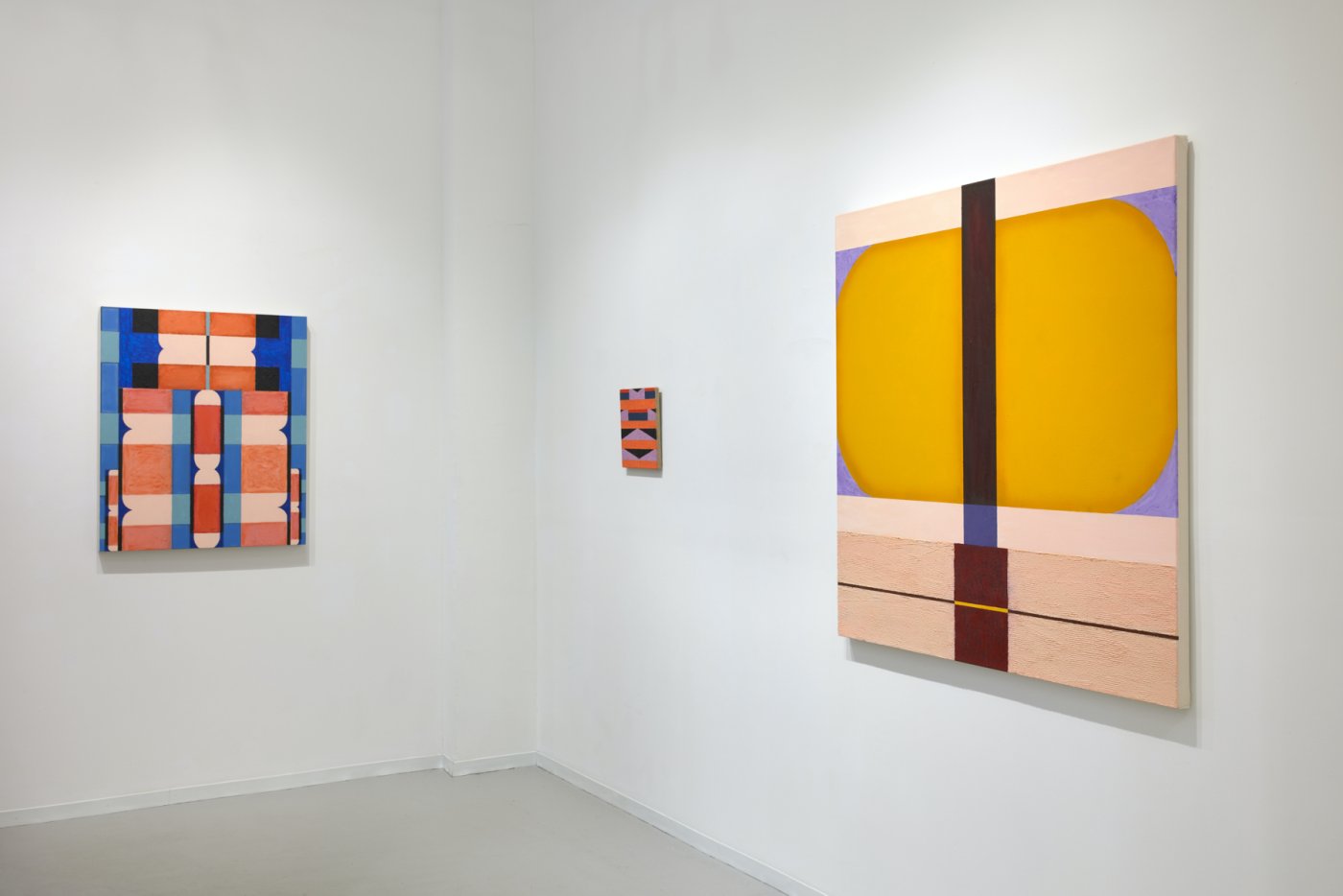 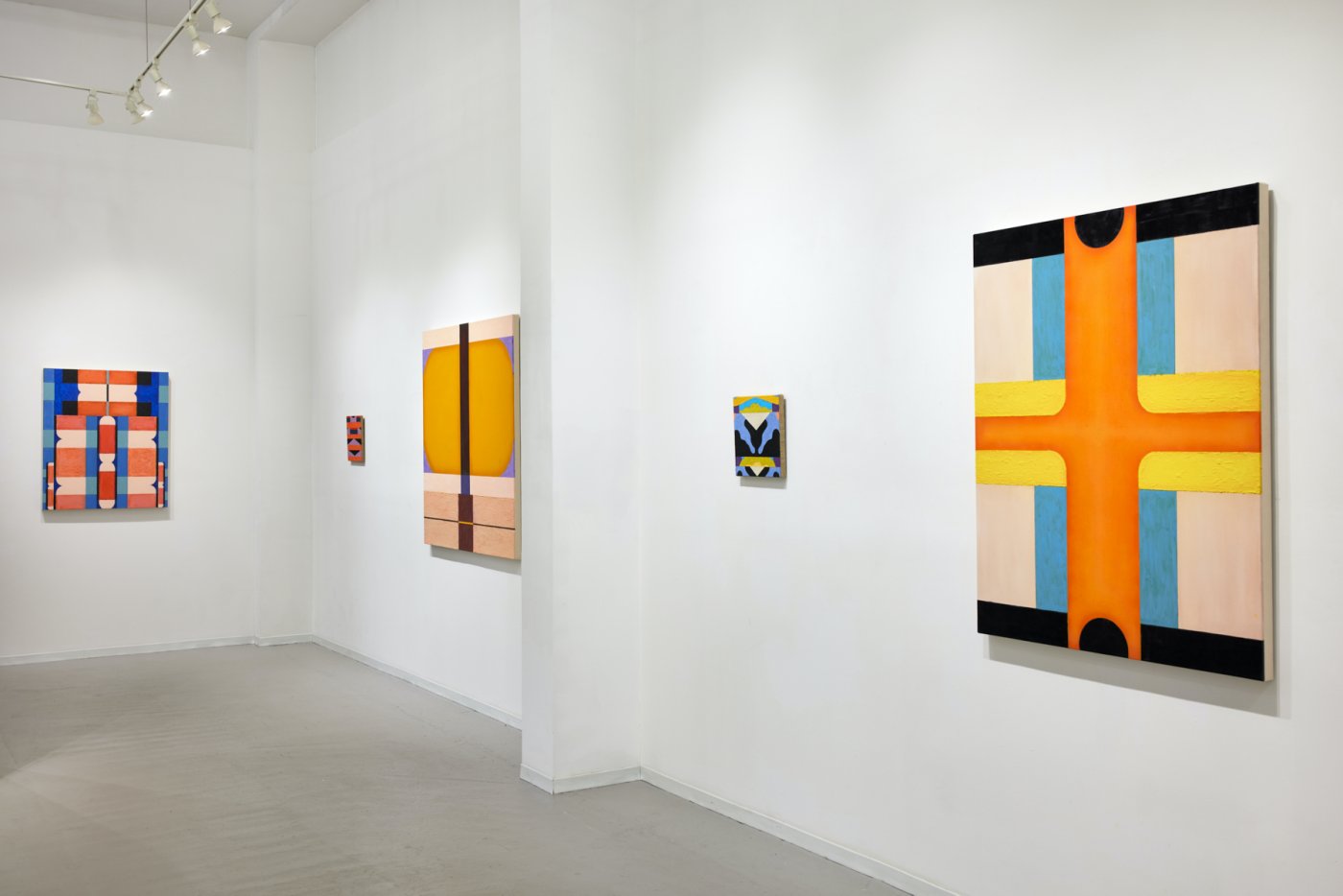 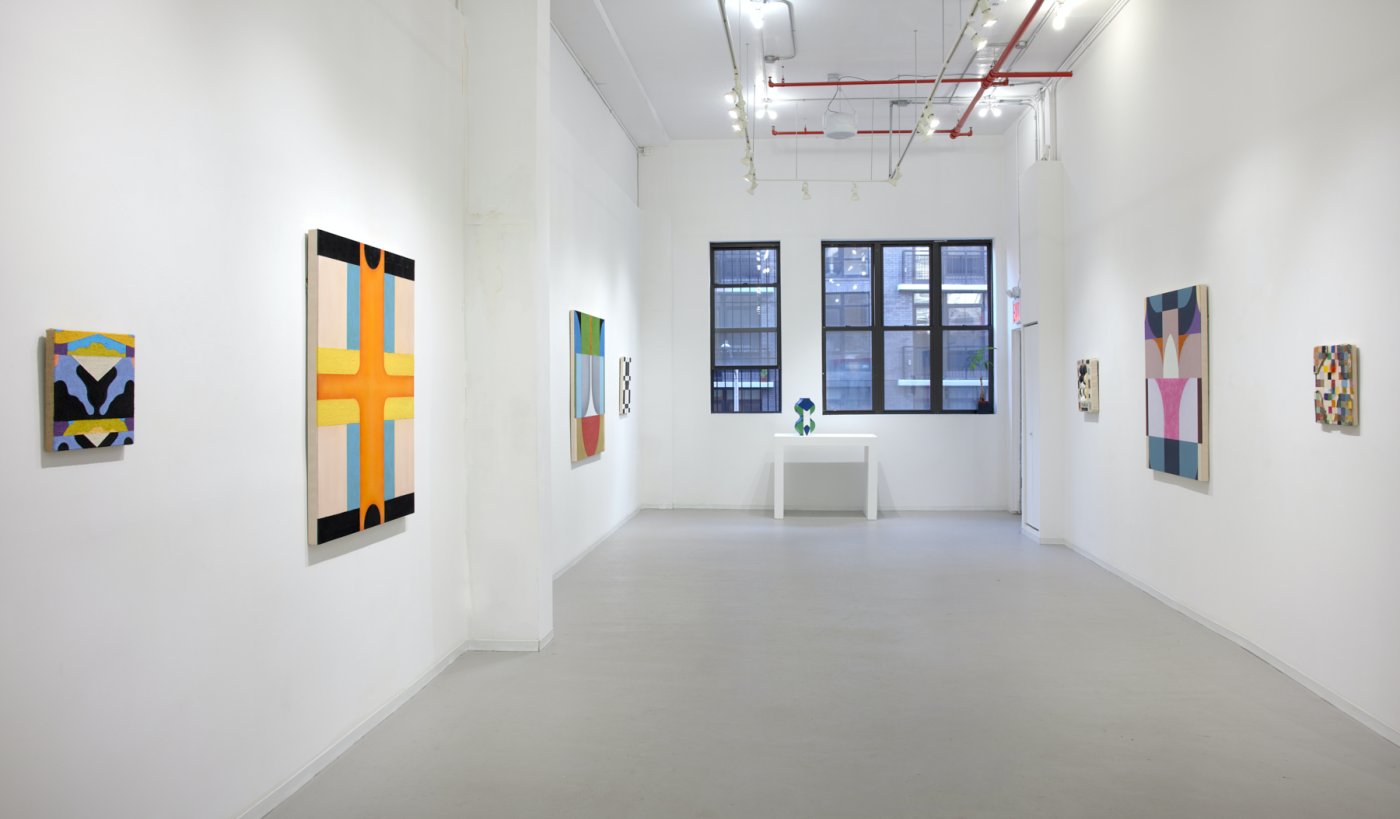 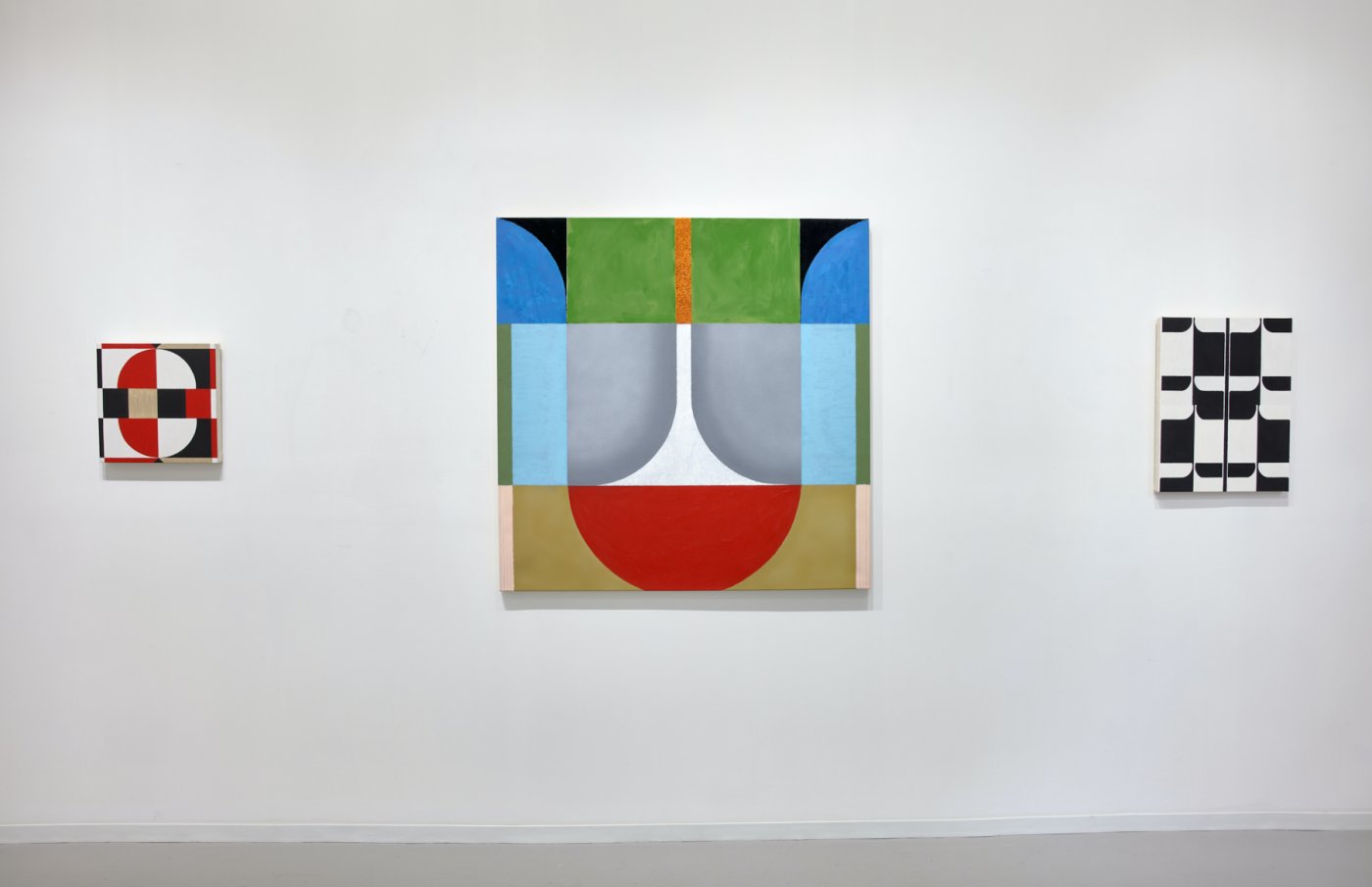 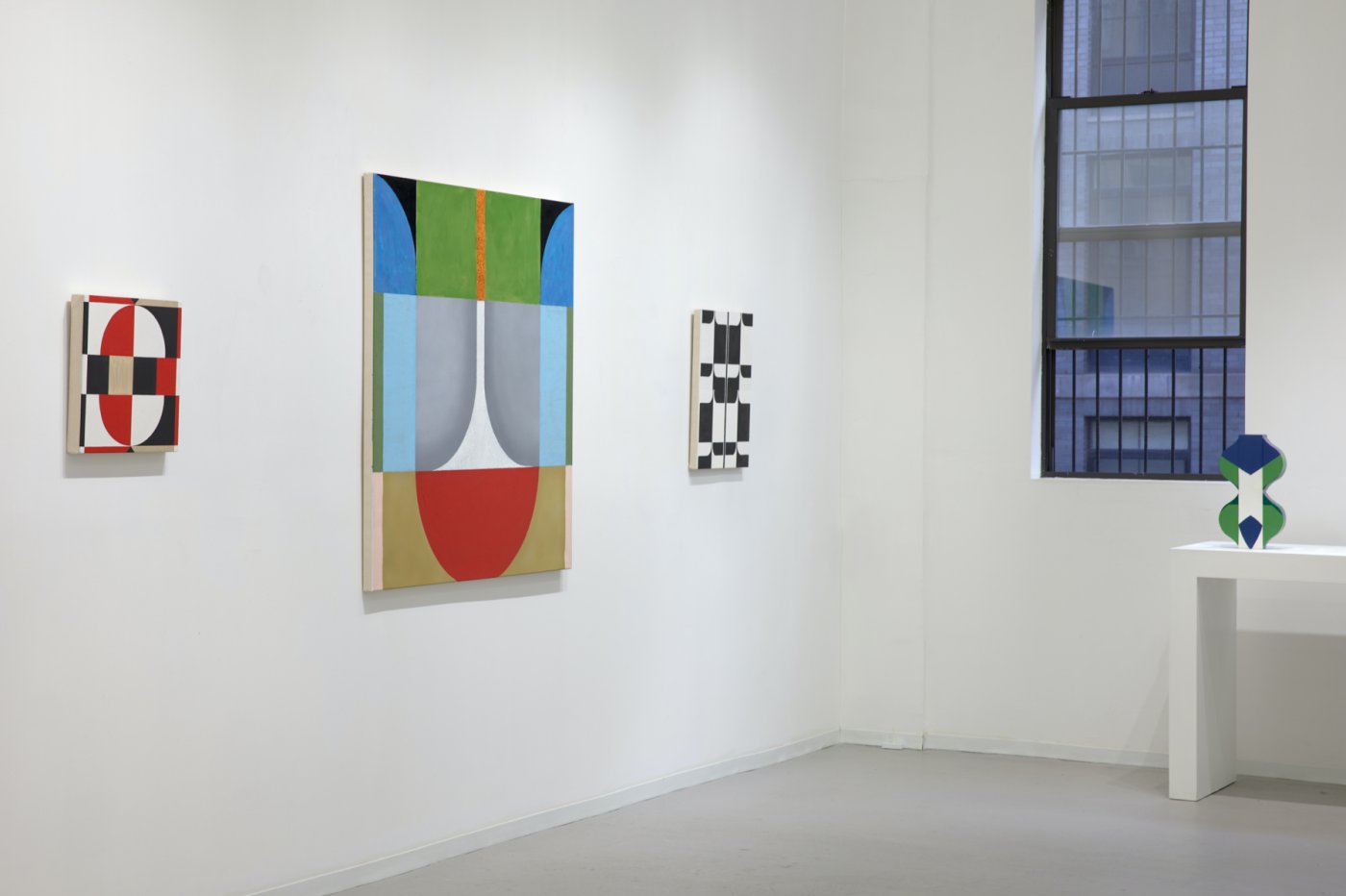 The various bodies of work include: 1) seven large canvases made of acrylic and oil media that also include a range of additions that model and provide tactile and sculpted surfaces to the individual geometric shapes; 2) four smaller paintings that experiment with novel supports, media and additions to the media as well as specific geometric shapes and compositions that have a direct dialogue with the larger paintings; 3) two flat-ish glazed ceramic wall pieces; 4) two hybrid paintings with additions of flat glazed ceramic fragments adhered to the canvas and integrated within the compositions; and 5) one painted, wooden, free-standing sculpture on a pedestal.

Wax and Wane is a seminal body of work for Umaña as it marks a significant transition in his studio practice at several levels: formally, conceptually, culturally and emotionally. All of the artworks are derived from painting and touch on the history of painting, the compositions are geometric and fill each support edge-to-edge. However, the exhibition focuses on three major changes in the artist’s approach and compositions. First is Umaña’s shift from a rigorous, precise execution of his compositions to a process-driven approach influenced by his experiences and experimentation with glazes and ceramics. This has affected his painting practice most notably in terms of color and surface. The second change is a move away from non-objective geometric abstractions derived from reductions, then amplifications and patterning of architectural details (from personally meaningful location-specific buildings and bridges in various international locations) to a practice now rooted largely in picture making. The new compositions are geometric representations of specific places. The third notable change and relating to the second is bringing into his artwork cultural references evoked from memories of his family and youth while living in El Salvador. This includes strong influences of nature, beaches, plants, construction materials, food and religion, and thus, inherently brings a narrative that is alluded to in the descriptive titles.

Kevin Umaña was born in Los Angeles, spent his youth in El Salvador and received his B.F.A. in 2014 from San Francisco State University with a degree in Printmaking. He was awarded an artist residency in 2019 at the Center for the Book Arts in New York, New York as well as residencies in 2018 at the Sîm, Reykjavik, Iceland and Plop Residency, London, UK. His artworks have been exhibited nationally and internationally in solo and group exhibitions in New York, NY, San Francisco, CA, Chicago, IL, Columbus, OH, Omaha, NE, Kansas City, KS, London, UK, Reykavik, Iceland and Tapei, Taiwan. Umaña’s artworks are in private and public collections including the United Nations Headquarters in New York, New York, Marin Museum of Contemporary Art, CA, San Francisco Public Library, CA and Center for the Book Arts Library, NY., among others.