Pippy Houldsworth Gallery presents a specially commissioned work for The Box by Irish conceptual artist Kevin Abosch. Marking the artist’s first showing at a London gallery, Persistence explores the increasing interdependence of the physical and the digital realms. Specifically, the work traces the apparent contradiction of a seemingly infinite and eternal digital space that nevertheless relies on physical hardware to exist and to preserve the information that resides within it. 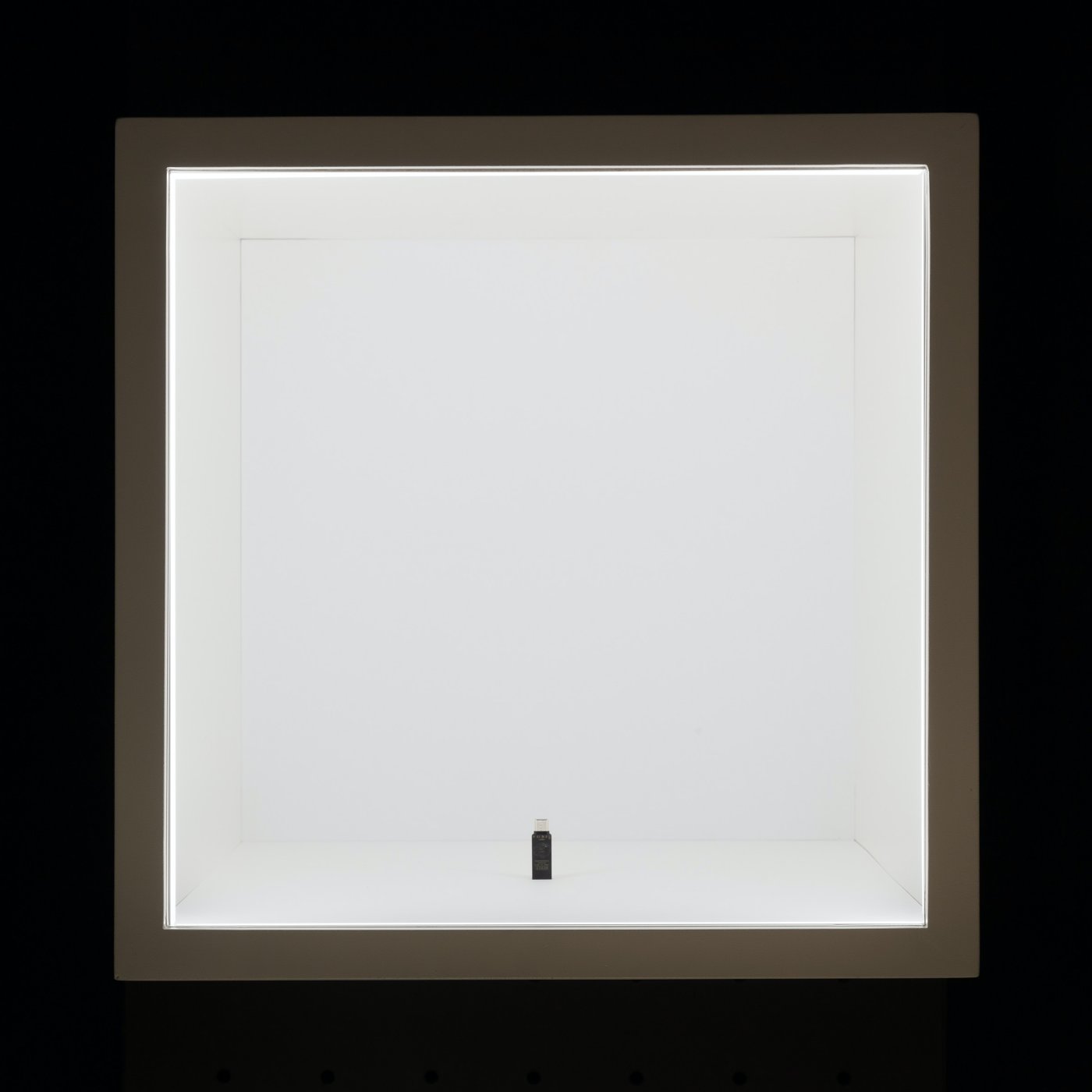 ‘Decentralised technologies like those upon which blockchains are built are well-adapted to making up for the shortcomings of governments, as well as preserving information that autocracies endeavour to censor or destroy altogether.

‘On June 23rd, 2021, the Hong Kong based pro-democracy newspaper and website Apple Daily was forced to cease operations after the news outlet’s founder and a number of staff were arrested under Hong Kong’s “National Security Law”. Activists quickly backed-up thousands of Apple Daily’s articles to a censorship-resistant blockchain called Arweave allowing the information to persist, distributed across thousands of nodes, computers that connect to the decentralised network.

‘Despite the immateriality of digital information, access to it is only possible through a complicated system of physical components… hardware. The persistence of the virtual is predicated upon the existence of the physical.

‘Persistence is a USB drive storing a number of digital assets including 11033 news articles censored by the China-controlled Hong Kong government. It also holds an executable file that can turn a personal computer into a Koii node secured by the Arweave blockchain. Persistence also contains an encrypted key that suggests ownership of an NFT (non-fungible token) artwork on the blockchain, but it is unclear how to decrypt it, therefore rendering it inaccessible. Finally, Persistence contains a “hacker tool-kit” that may prove useful under certain circumstances.’

Kevin Abosch (born 1969) is an Irish conceptual artist known for his works in photography, sculpture, installation, AI, blockchain and film. Abosch’s work addresses the nature of identity and value by posing ontological questions and responding to sociologic dilemmas. Abosch’s work has been exhibited throughout the world, often in civic spaces, including The Hermitage Museum, St Petersburg, The National Museum of China, The National Gallery of Ireland, Jeu de Paume ( Paris), The Irish Museum of Modern Art, The Museum of Contemporary Art Vojvodina, The Bogotá Museum of Modern Art, ZKM (Zentrum für Kunst und Medien) and Dublin Airport.