Kemang Wa Lehulere: not even the departed stay grounded

Kemang Wa Lehulere: not even the departed stay grounded

“Kemang Wa Lehulere is firmly established as the preeminent young South African artist on the global scene right now… His work addresses post-apartheid disquiet and other important issues, and, beyond merely instrumentalising certain symbols of politics, his work has instead facilitated politics. It creates discussion. Wa Lehulere’s exhibitions and performances are spaces for working out ideas; and not allowing something to be fixed into a static representation is very much at the heart of all he does.”

– Prof. Delinda Collier, School of the Art Institute of Chicago 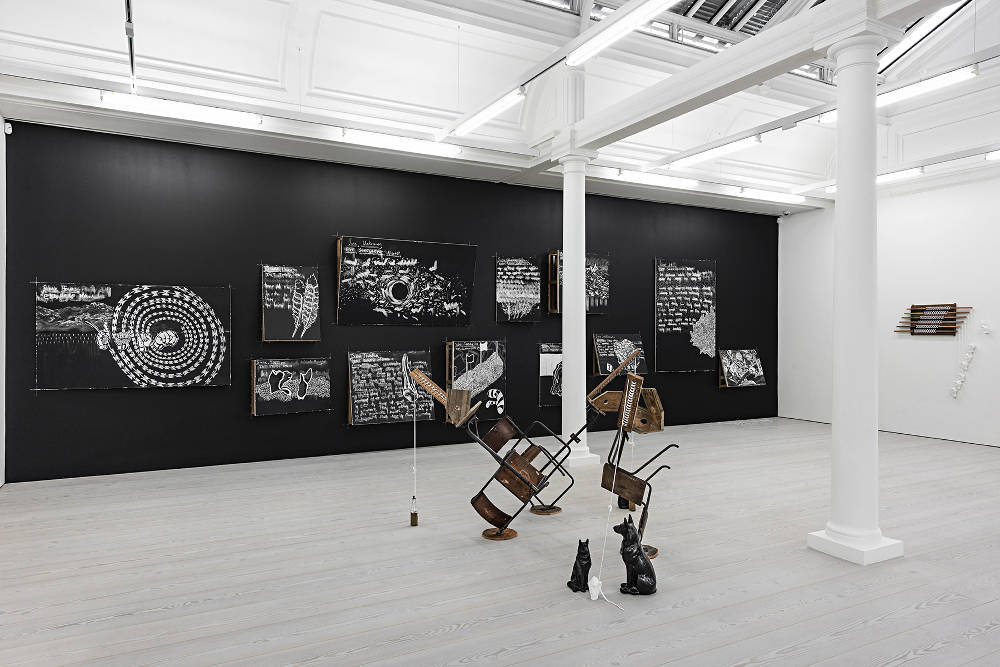 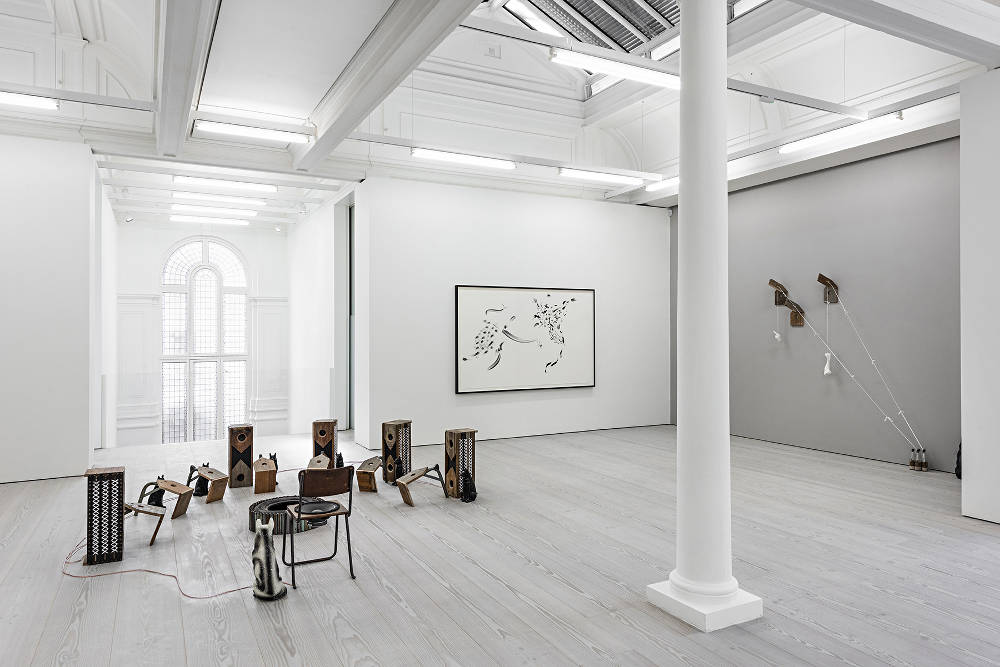 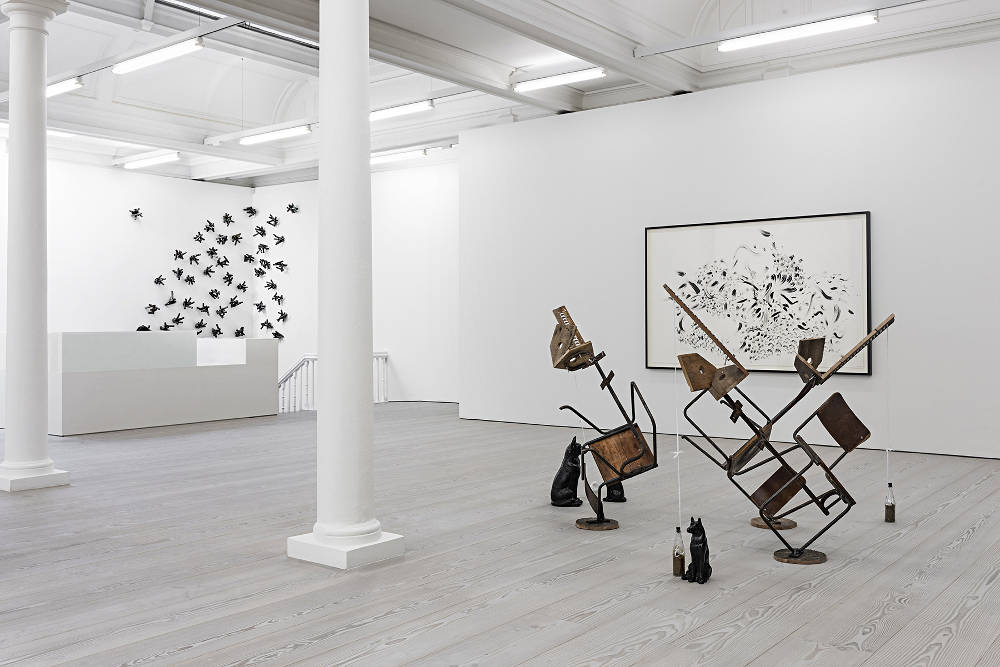 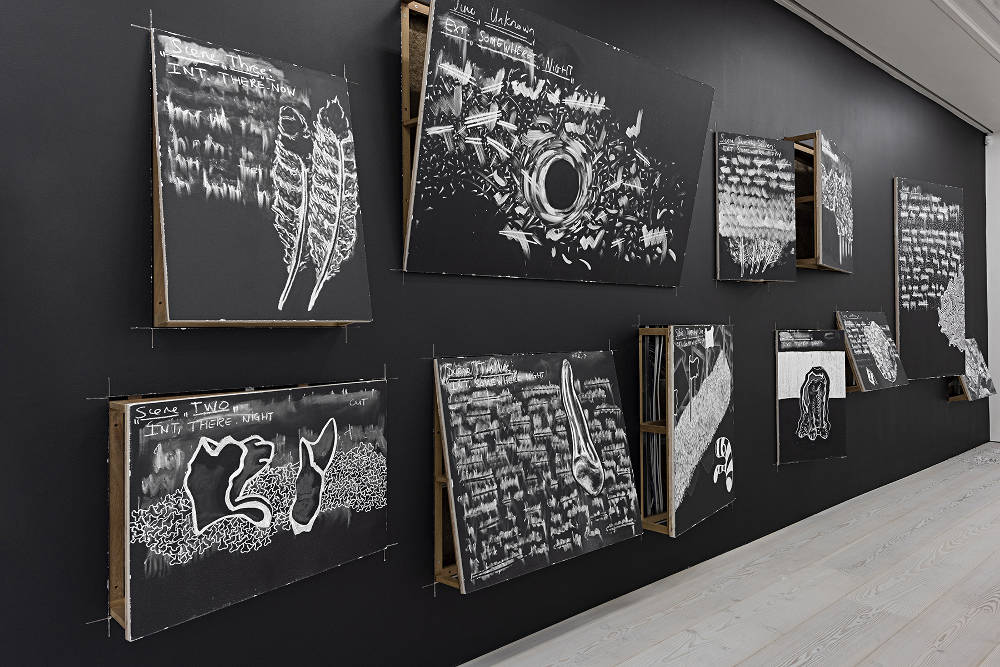 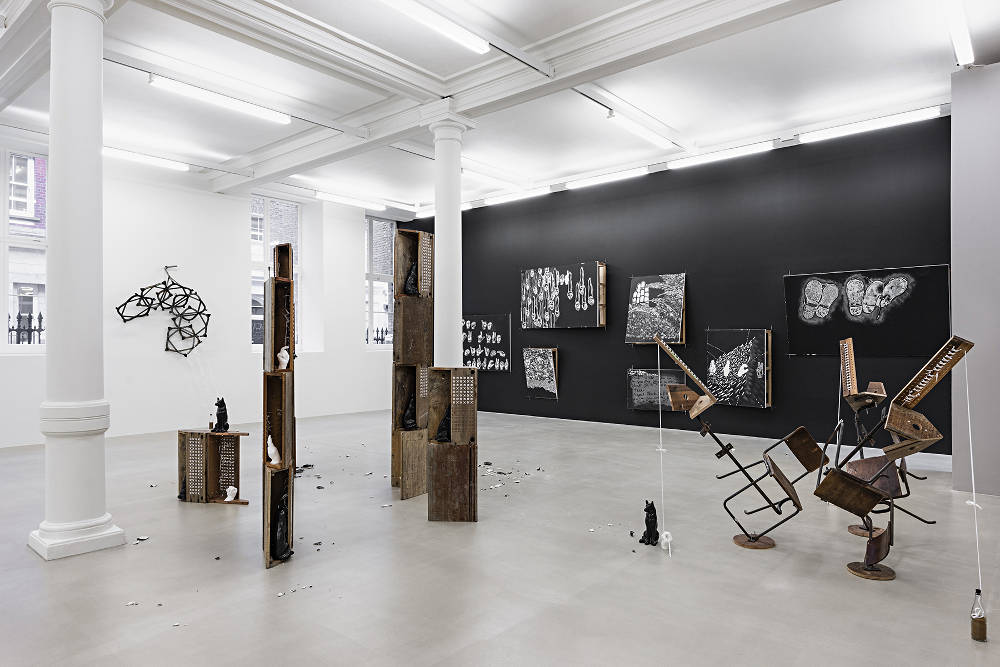 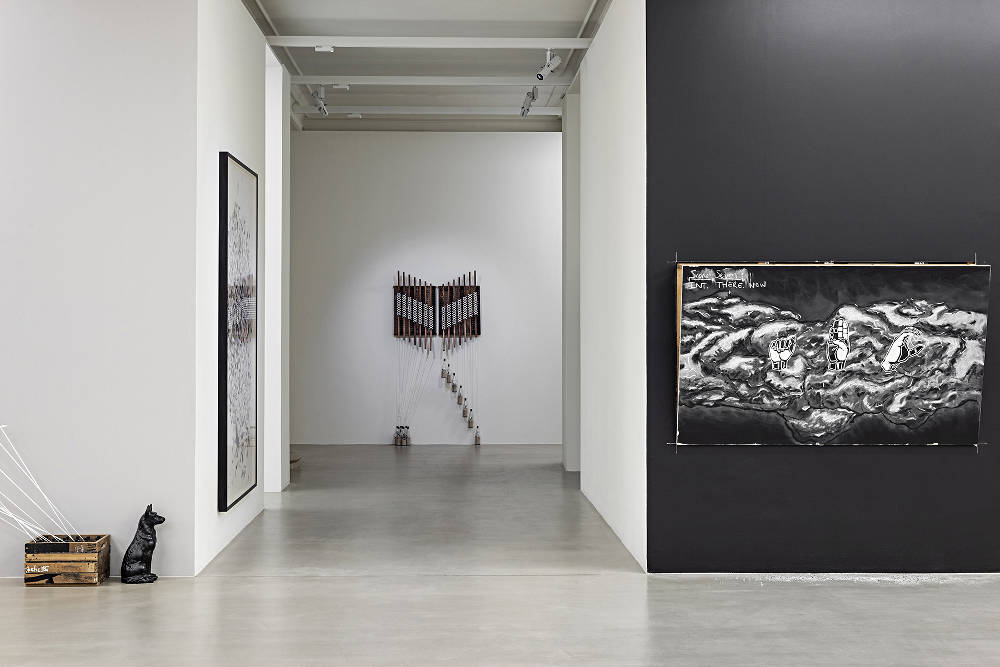 Wa Lehulere only became an artist in his late twenties, after years of social activism, which remains vital to everything he approaches. His layered practice investigates broad socio-political references, drawing from both his familial experience and research, and has become the subject of several substantial museum solo exhibitions, and included in biennials, throughout the USA and Europe.

In 2006, Wa Lehulere co-founded Gugulective, an artist-led collective based in the former township of Gugulethu, Cape Town, and his energies were devoted entirely to socially- and community-engaged performative actions. These included setting up interventionist pirate radio stations, creating pamphlets that challenged local histories, and becoming a founding member of the Center for Historical Reenactments in Johannesburg. It was only once this activism had developed into a practice that included sculptural objects and drawings as a residue of performance that he decided to enter into formal art education, graduating in 2011.

The London exhibition includes a new group of sculptural objects and drawings, many of which build on his work I cut my skin to liberate the splinter, a multi-element piece commissioned by Performa and premiered in New York in November last year. It received Performa 17’s principal award in recognition of Wa Lehulere ‘staging the most innovative and thought-provoking performance of the biennial’.

Elements that relate to the Performa work and which recur throughout his practice – including messages-in-bottles, porcelain dogs, bird houses (a reference to the prevalence of forced removals under apartheid) and the cast hands of his aunt, who was caught up in the student demonstrations of 1976 with harrowing consequences – are augmented by new imagery and objects bound together or suspended by shoe-laces.

Wa Lehulere’s interest in the Dogon people of Mali and their indigenous astrological knowledge is reflected in many of the new works. There has been much controversy surrounding the Dogon people’s knowledge of a dwarf moon invisible to the naked eye, orbiting the ‘Dog Star’, Sirius, which they appear to have known about despite having no access to astronomical instruments. European historians have relentlessly explained away the plausibility of this advance knowledge. Kemang uses laces to form star constellations and groups of simple white crosses, referring not only to the racist repudiations premising this controversy, but also to the repeated negation of opportunity for contemporary young black South Africans.

The London show includes an array of new sculptures including a floor-to-ceiling work comprised of white laces suspending hundreds of wooden discs taken from Wa Lehulere’s bird house entrances; a wall-piece with star clusters created from welded school-desk legs – which also refers to the 1976 demonstrations – and a musical work premised on attendees at a Xhosa coming-of-age initiation ceremony singing whilst gathered around a fire.

Throughout the summer, Wa Lehulere will spend time in the London gallery spaces, responding to them by reconfiguring and building on the sculptures he has created in Cape Town, as well as carving directly into the gallery walls. All visitors to the exhibition are invited to donate books, which will be sent to Wa Lehulere’s forthcoming library project in Gugulethu at the end of the show.