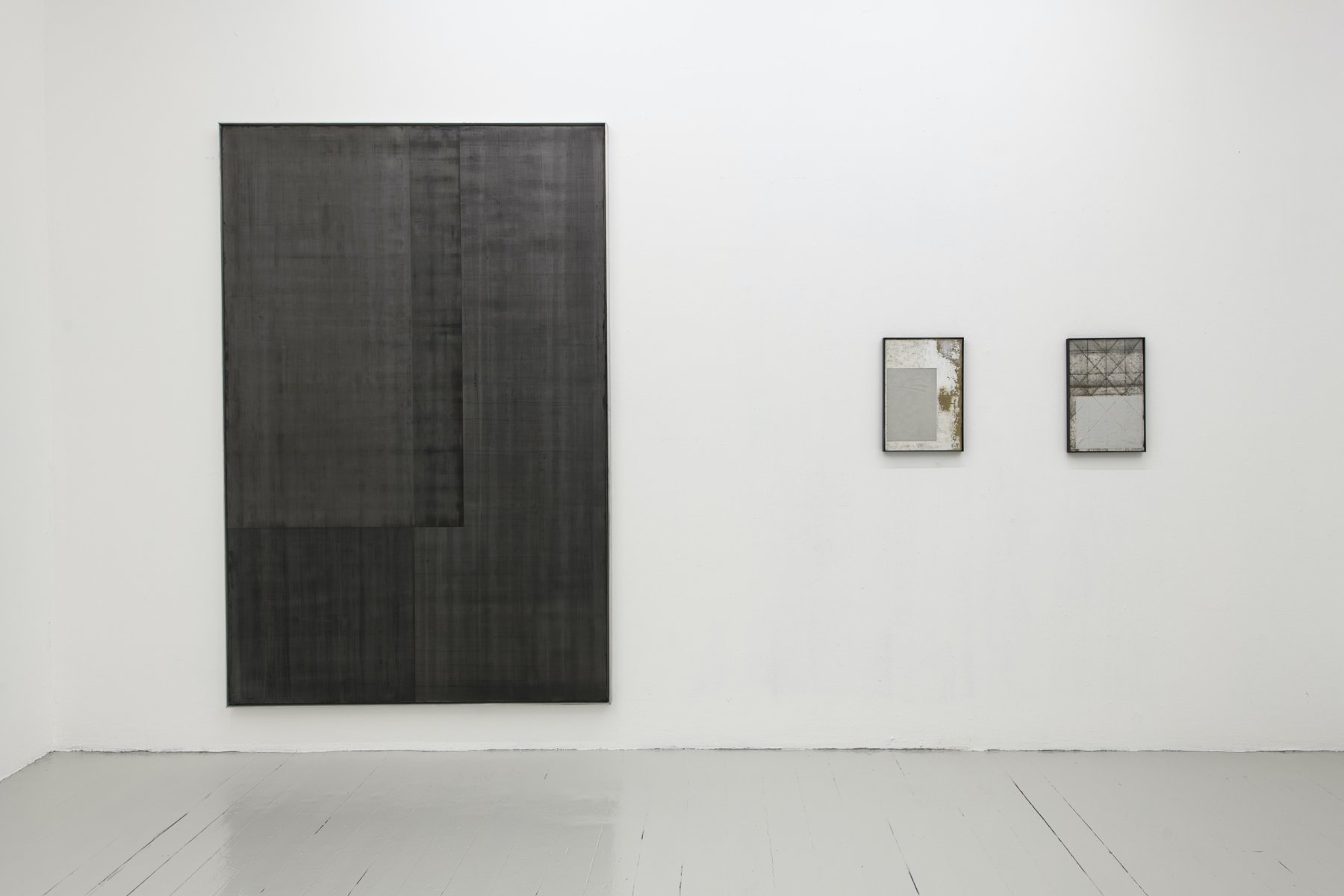 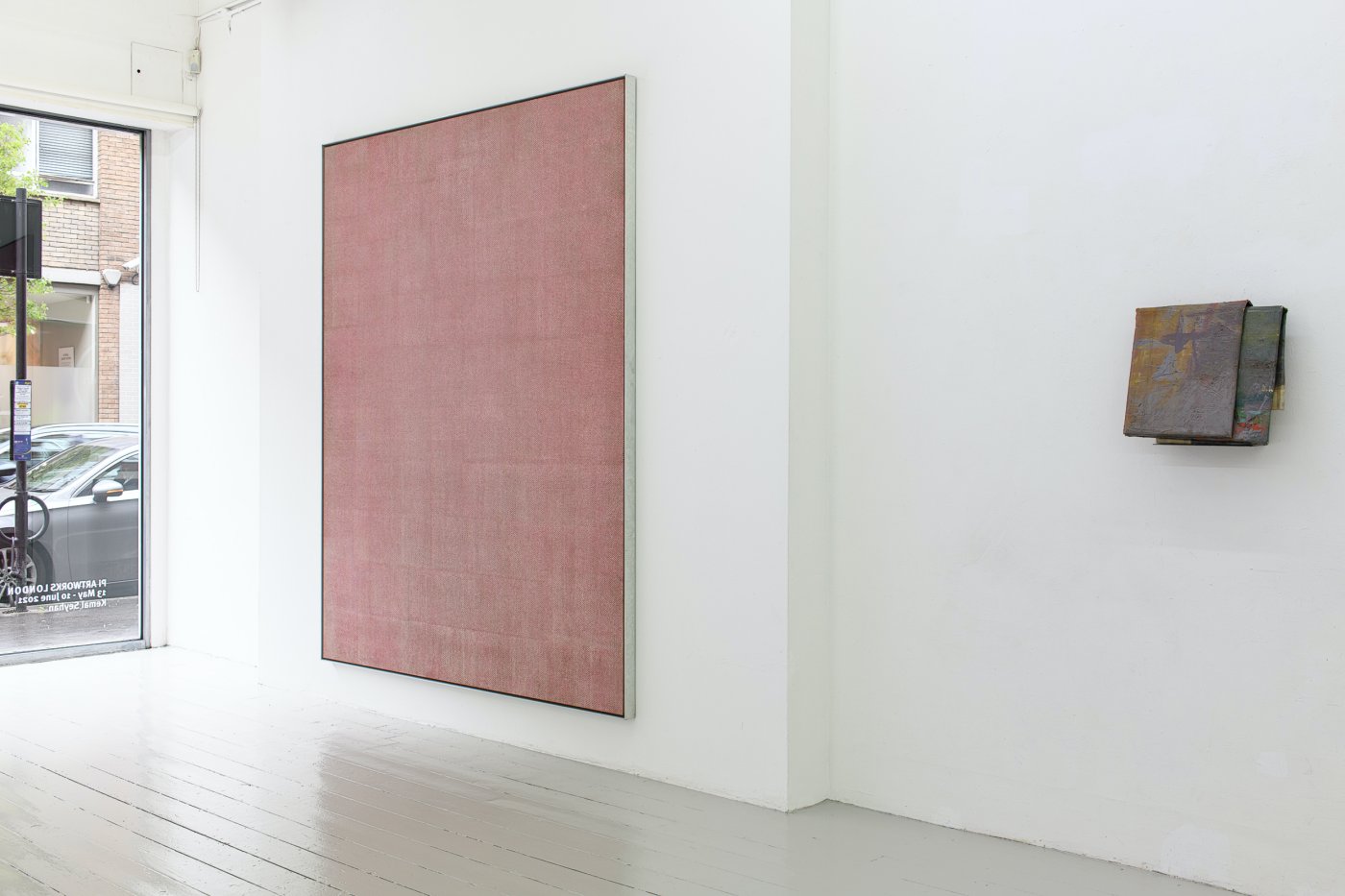 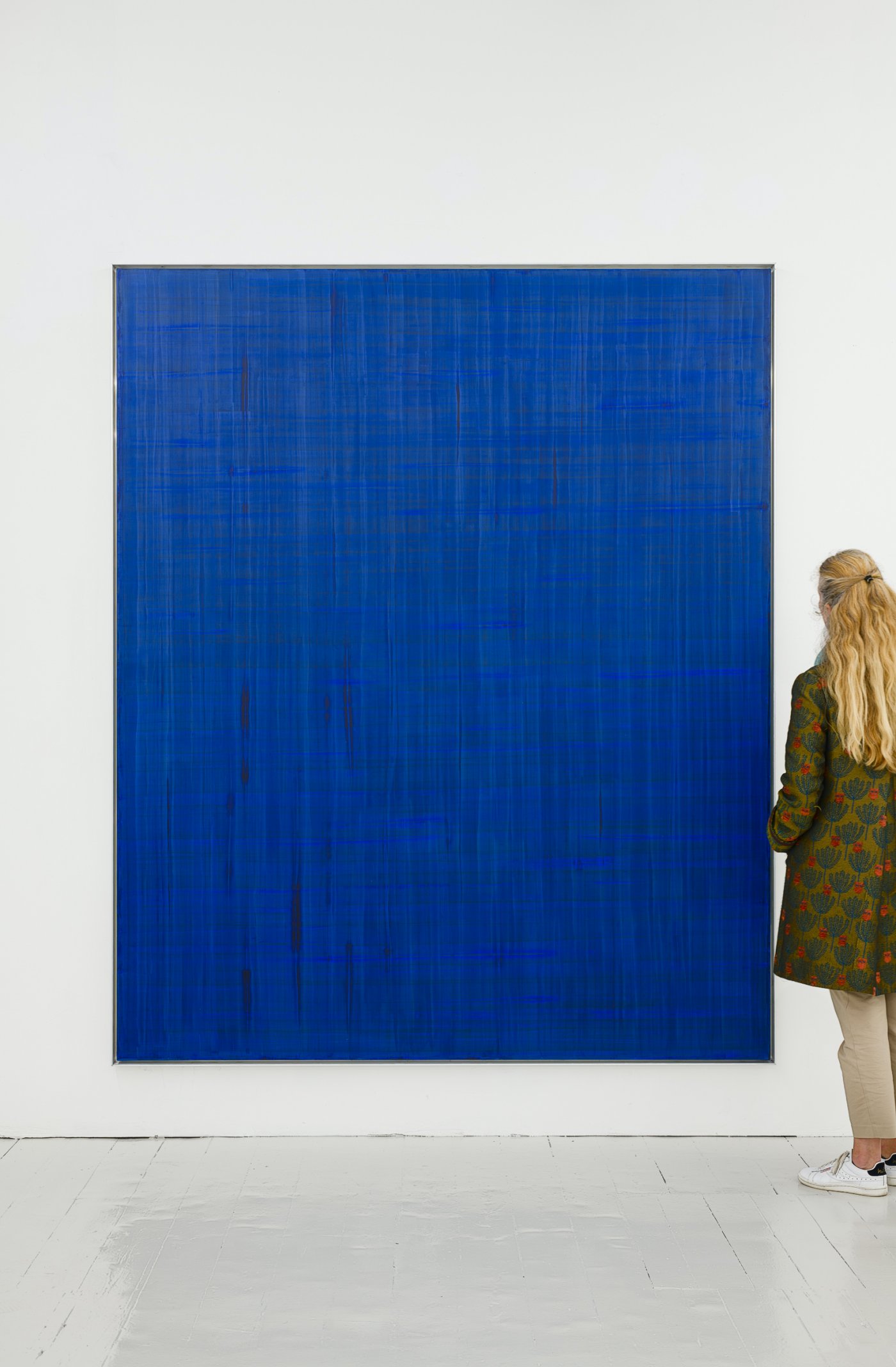 While he pieces the words of this narrow vocabulary together, the artist restricts himself with a series of rules: Starting with black, applying vertical and horizontal on the canvas lengthways, avoiding simple topological relations on the surface of the work –such as large-small, including-included, inside-outside; in this context, not using the color to deﬁne the space on the canvas, putting it mainly under intensiﬁcation’s order creating an excelled surface that disables any three dimensional illusion, leaving everything else (except for the surface), the back or sides of the canvas, out of attention. The works are implemented by applying this vocabulary and rules on canvas deck of times. Kilos of paint is used to color the canvas with thousands of spatula touches to create strata.

About: Kemal Seyhan, b.1960, Kayseri, lives and works in Vienna, Austria and Istanbul, Turkey.