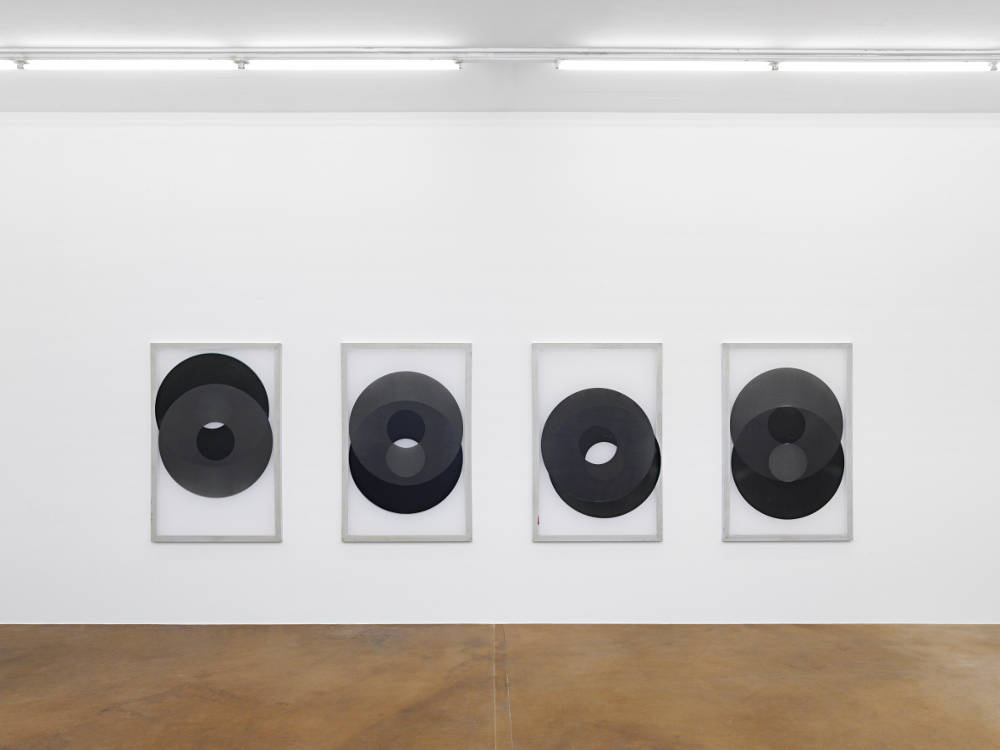 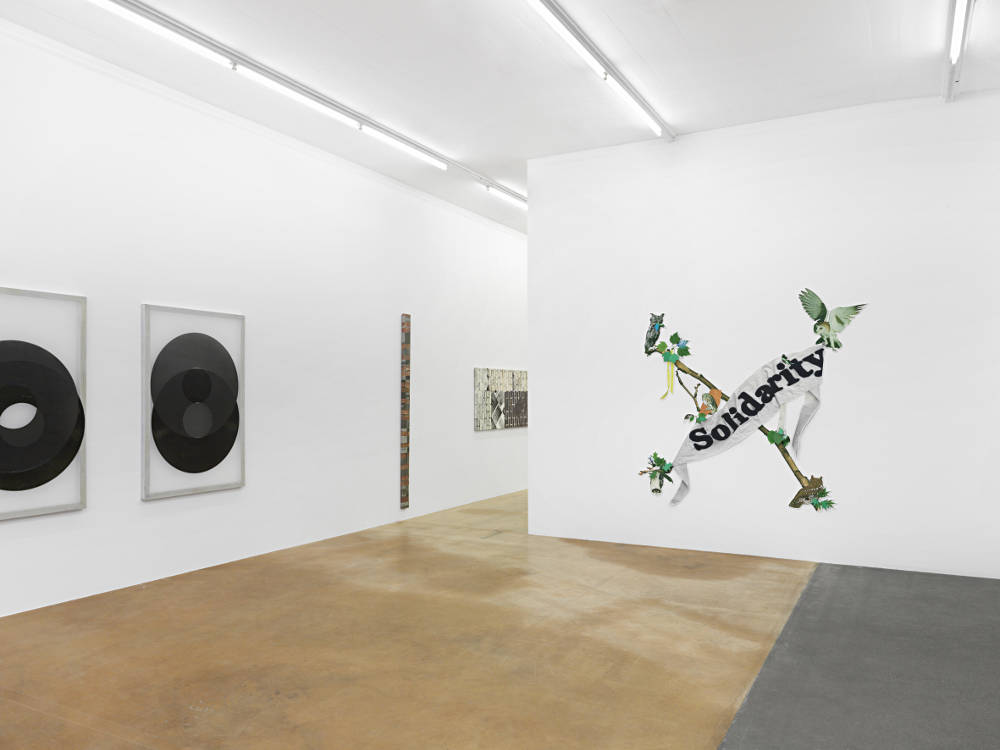 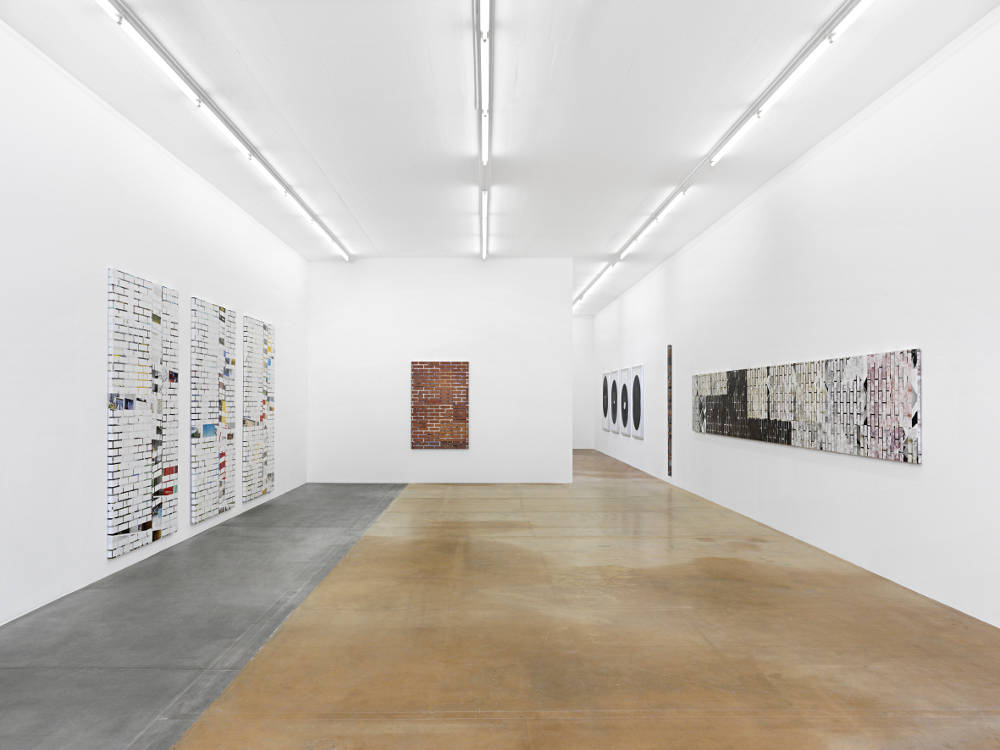 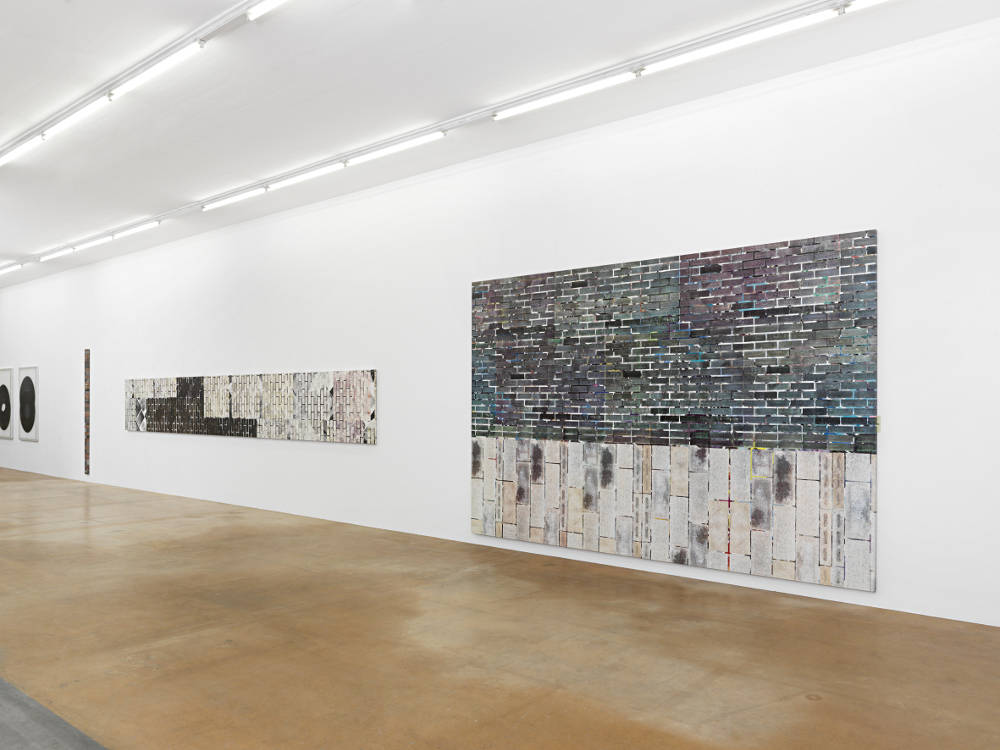 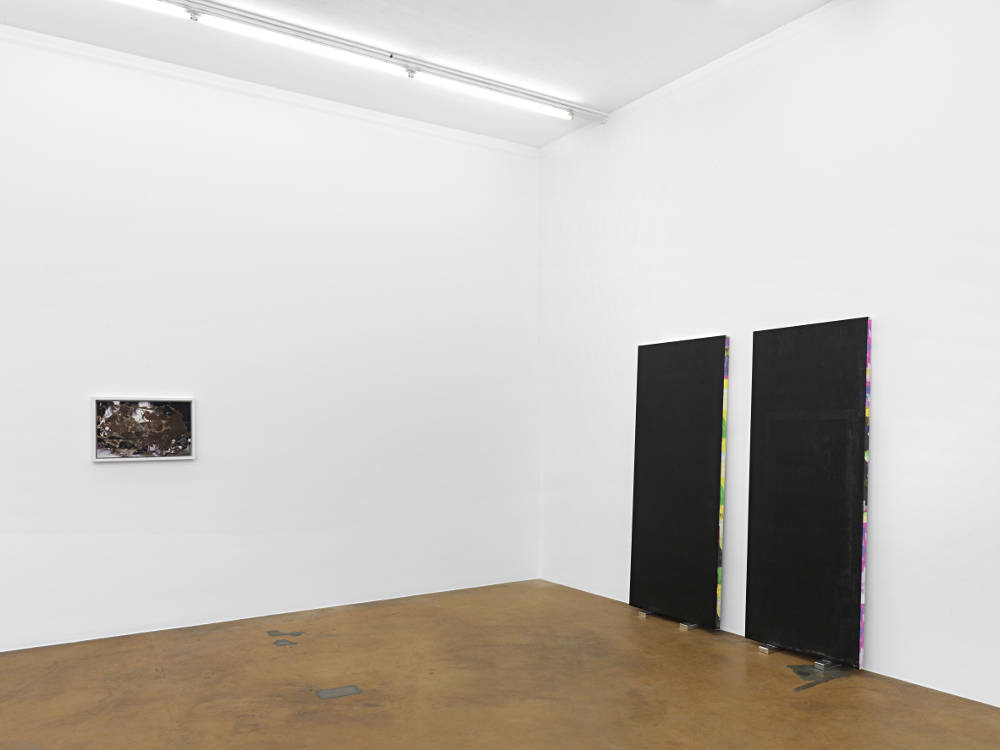 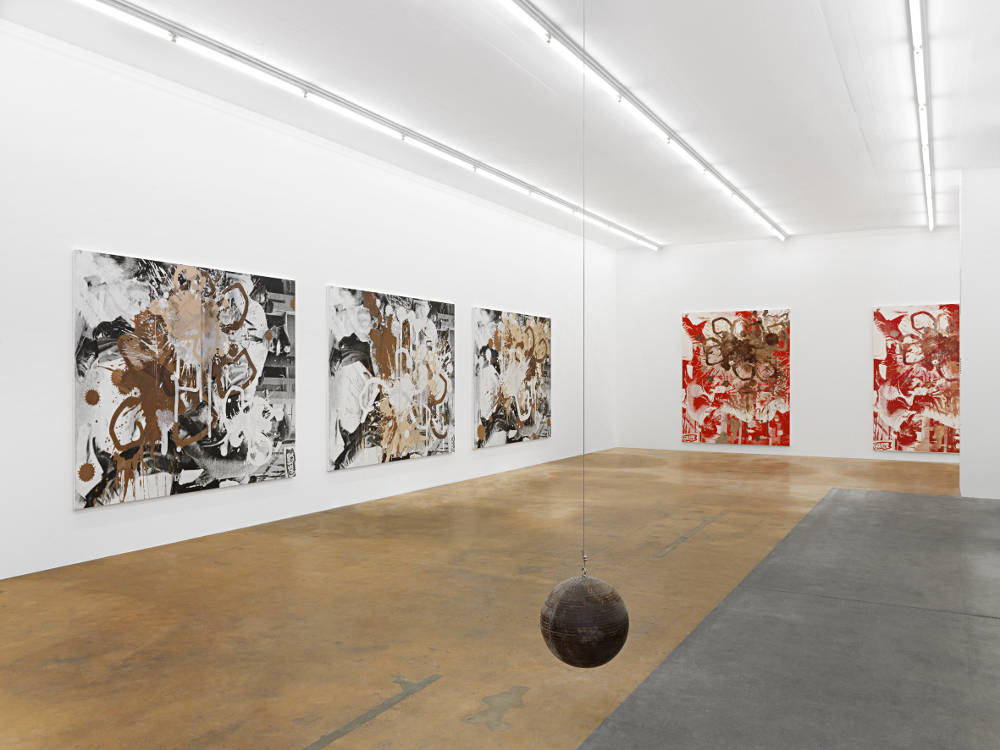 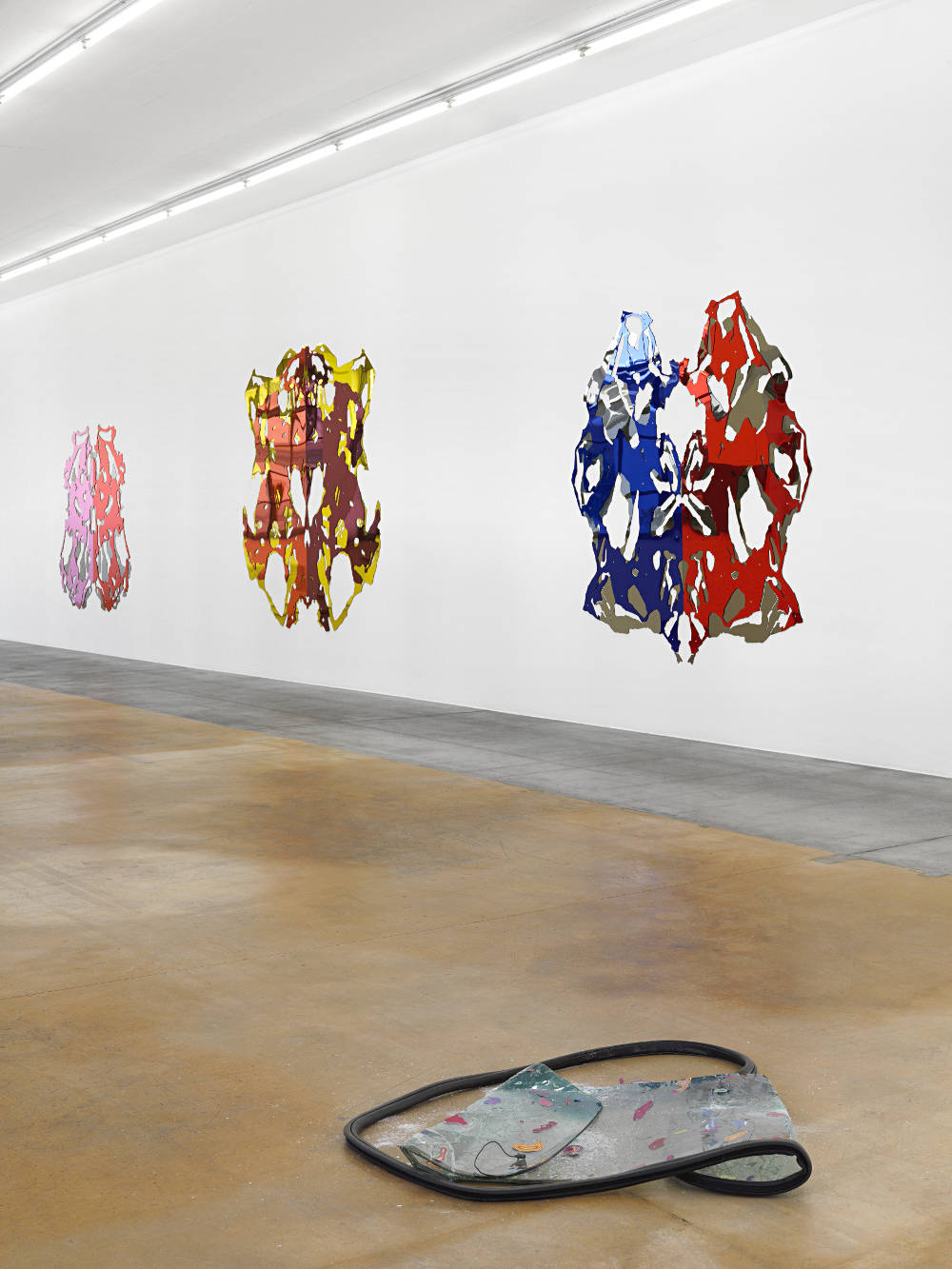 Kelley Walker (born in 1969, Columbus, USA) uses both techniques from Pop Art (such as collages, photography and screen-printing) and contemporary digital tools to examine the circulation and consumption of images.

The MAMCO retrospective, organized by Fabrice Stroun and Lionel Bovier, brings together the main series that the artist has produced, namely: the Black Stars Press, which involves superimposing screen-printed images similar to those used by Warhol and layers of chocolate; the Rorschach, fragmented mirrors alluding to the Swiss psychiatrist’s famous test; the Brick Paintings, mixing patterns of bricks and information from printed media; and some of his more recent probes into the shift from image to object, as well as several new works.

Using collage, borrowings, displacement, and juxtaposition, Kelley Walker observes how images are diffused in the media and explores their irreductable matériality. Whether dealing with melted chocolate, a shattered windscreen, stickers or printed matter, Kelley Walker’s work underlines our urban, anonymous gestures (be they collective or regressive) which are all always acts of insubordination to the messages imposed by the media.

For example, the photographs in Disasters have been scanned from magazines, then transformed using infographic software and confronted with a political slogan. As simple digital files, these pieces allow their owner to choose the print dimensions and modes of distribution that suit them best, thus alluding to the judgements made in the world of the media. While in his early work the artist dealt with questions of cultural signs by using material elements, this exploitation of the infinitely multipliable potential of the digital universe adds an extra distance.

The paintings of bricks, or the adoption of documents to do with the repression of the Civic Rights movement, which the artist—like Warhol—has taken from Life Magazine, are some of the routes that he has adopted so as to draw up an anthropological landscape of the USA, its ideology and racial as well as sexual violence.

In his appropriation of images and reuse of loaded cultural signs, Kelley Walker displays a particular economy: devoid of any nostalgia for the loss of art’s aura, his works develop both a strategy of formal seduction and a distancing of the spectator. The technical process that allows images to be displayed as icons or messages is, thus, a process that deflaters their power.