Keith Boadwee: The Shape of Water

Keith Boadwee: The Shape of Water 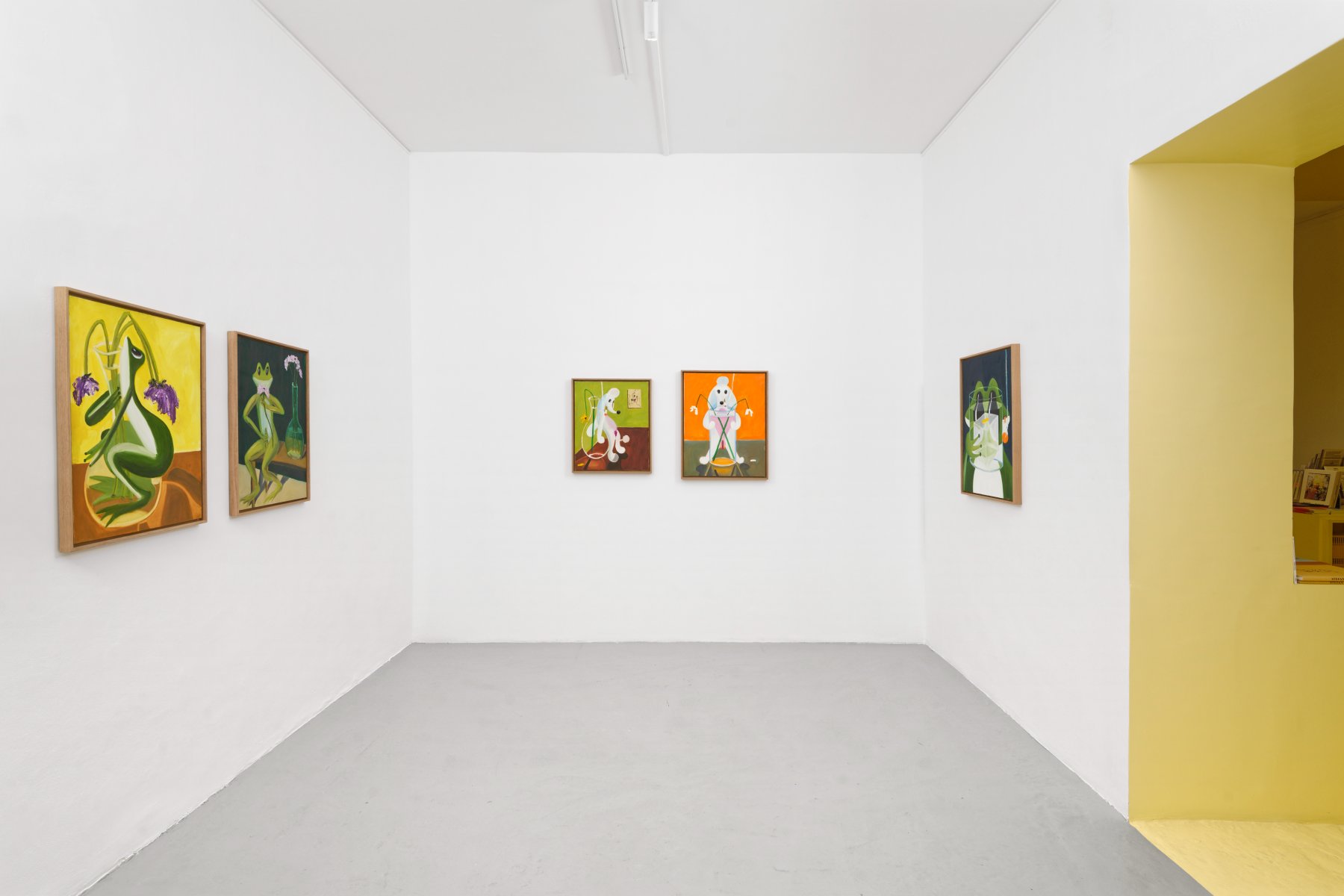 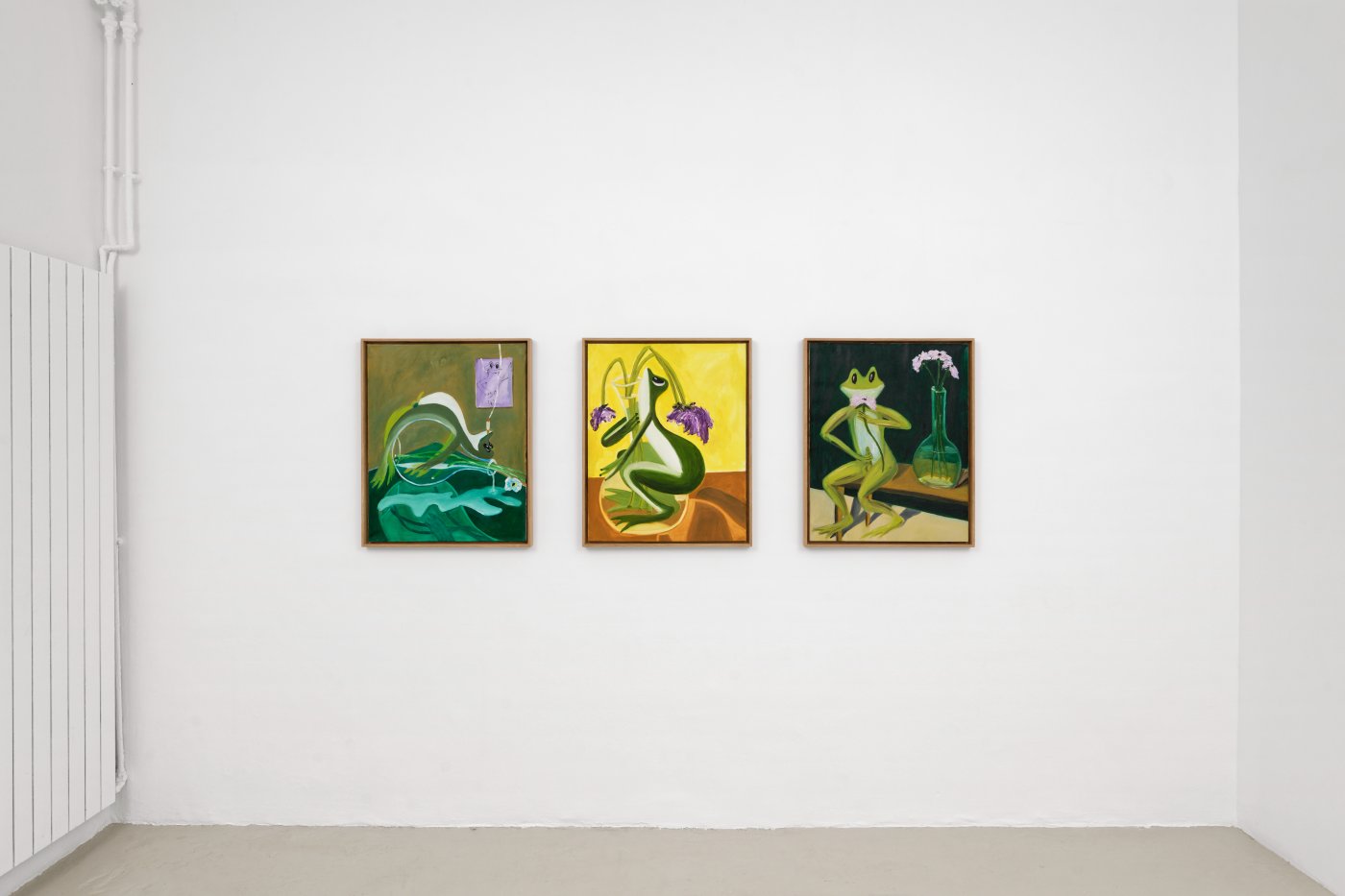 Has Keith Boadwee mellowed out? There’s no doubt about it. In his recent works shown at Semiose gallery there are no longer any close-ups of his paint- spattered anus or of his scrotum in the guise of a doll’s wig, no abstract paintings made by squirting paint from his colon and no more performances involving body painting. The artist has not however abandoned the techniques which led to his sulphurous reputation. He has simply added another string to his bow—a more peaceful style of painting—which now co-exists with the rest of his oeuvre. This recent works seem quite inoffensive compared with those in which he uses his body as a medium to explore the history of 20th century art—or at least those works to which he seems particularly attached—while at the same time sketching out a kind of genealogy of his own art. What is new, it seems to me, is that his work, which was always essentially performative, driven by an iconoclastic urge, has more recently turned towards the practice of drawing and painting. Maybe the artist has finally come to terms with these media and the history with which he has always maintained a relationship as intense as it was polemical. This is therefore not so much a new departure as a logical development in the body of work he began piecing together at the end of the 1980s.

Keith Boadwee became an artist almost by accident, or so he says. After beginning his studies in theatre, he enrolled at UCLA in Los Angeles in 1986, with the intention of studying anthropology. However, having recently started to paint, he made his way to the art department, where he made several crucial encounters with various artist-teachers such as, on the one hand, Paul McCarthy and Chris Burden, who introduced him to performance art and action painting, and on the other, Roger Herman (1), who encouraged him to continue his painting. On one side, action, an aggressive attitude and a taste for transgression and on the other, a love of painting, traditional pictorial techniques and a strong belief in their validity. These two seemingly opposing visions would go on to shape his entire oeuvre. Boadwee approaches painting from the perspective of performance and uses the latter—in the form of action art, which involves the use of the artist’s body, exposing and exhibiting it, pushing it to its limits, much more so than theatrical performance—to challenge painting and widen its horizons. Among his early works, Boadwee created settings in which he put forward theatrical adaptations of his preferred works. In these tableaux- vivants, which were photographically documented, he crudely reproduced paintings (by Ludwig Kirchner and Sigmar Polke, for example), featuring himself as a body-painted (2), nude figure, in outlandish tributes to the original artists. Boadwee has long used the painted body as a satirical and critical tool in the most literal sense of the term: He uses his body as a medium to create offensive, hilarious and disturbing images. He also uses his body as a propulsive vehicle in his enema paintings: a means of ridiculing yet also perpetuating the finest hours of American abstract expressionism and action painting. All of these works, motivated by an urge to provoke the spectator, to upset propriety and to deride art, are shot through with a joyful and generous practice of painting and drawing, to which he has more recently devoted himself, on both paper and canvas, in a much more conventional way. The more easily identifiable works include scatophilic and urophilic drawings, featuring bearded artists (Boadwee himself or perhaps Van Gogh?), horses and frogs, as well as toilet-artists—all showing a pronounced taste for painting and “water sports” amongst other things (3). Like Picasso, Dubuffet and Mike Kelley before him, Boadwee knows how to tap into certain qualities of a not-so-innocent childhood—freedom, directness—that lend his art a particular energy and candor.

The paintings brought together for the exhibition The Shape of Water at Semiose gallery feature a restrained bestiary of three species of animal: frogs, poodles and goldfish. For reasons the artist finds difficult to explain himself, Boadwee sees the frog as an alter ego (4). The poodle undoubtedly represents the model or muse (5). As for the goldfish, with its cigarette constantly between its lips, perhaps it’s meant to be us, the spectators. After all, we find ourselves in exactly the same position facing the painting, unable to do anything but stare “through the looking glass.” This other side of the mirror, in Lewis Carroll’s work, is like a two- dimensional double of our own world, but where everything is reversed—not just in terms of the space but also of values—a setting that perfectly suited the various inventions intended to amuse the young girl. In Boadwee’s paintings the mirror is replaced by simple glass and many of them feature a vase, a cocktail glass, an aquarium or some other transparent glass container, possibly filled with water or maybe vodka martini, enabling him to distort the figures he paints, as might be seen in a funfair hall of mirrors, infinity rooms where one loses one’s bearings, bumps into the glass walls and enjoys sudden transformations from giant to tiny—a popular and childish version of sensory disorientation. This gives the artist the freedom to exaggerate: the poodle for example, is modelled from simple geometric forms but with pom-poms balls for its paws and its nose, and tufts of fur at the end of its tail and on the top of its head. Images are made more complex in whimsical ways: the animals are deformed by the water we see them through and shadows appear that don’t fit with any kind of logic. If the artist seems to nod towards spiritual abstraction (Hilma Af Klint or Agnes Pelton for example), as the titles of some of his paintings might indicate, it is by no means due to religious conviction (6), but rather to taking pleasure in playing with forms, giving free reign to his imagination and indulging in the joys of the purely decorative, while continuing his iconoclastic and humoristic adventure. All of Boadwee’s works are cum grano salis (to be taken with a pinch of salt); they are amusing but with a touch of despair. Harmless animals play ridiculous games while generally looking us straight in the eye. In his Histoire(s) du Cinema, Jean-Luc Godard, when referring to the women in Manet’s paintings, states that they look at us and seem to say “I know exactly what you are thinking.” So, what might we be thinking when a goldfish stares out at us with its inexpressive eyes? What do we think of these solitary portraits? Are they happy or sad? What about ourselves? Are we happy or sad? Fortunate or unlucky?

(1) A German artist who emigrated to California in 1977. He was seen as a West Coast neo- expressionist and is to this day an important figure on the Los Angeles art scene.
(2) A form of body art that evokes hippie folklore and that has never really found its way into the collections of modern art museums, with the exception of a few works by Yayoi Kusama—a connection that Boadwee would probably be quite happy with.
(3) Nicole Eisenman, a long-time friend of Boadwee, invited him last winter to share two floors of the FLAG Art Foundation (New York), where he exhibited a number of his drawings and paintings.
(4) It would be risky to attempt an explanation but it might be possible to suggest some associations: Kermit the frog from the Muppet Show, or the frog that leads the dance in the video for Roger Glover’s Love is All, or even Erik Wernquist’s Crazy Frog, who like Boadwee’s frog originally had a penis, which was removed to avoid shocking the American public. All of these frogs stand out due to their boldness.
(5) It is impossible to not think of General Idea’s poodles, which were prototypes of domesticated, civilized and artificial animals. The poodle is seen as an effeminate animal, far from the dangerous, roaring beast evoked by the term “fauve.”
6 Born and brought up within a southern Baptist family, whose religious asceticism was hardly conducive to the self-fulfilment of a young, gay man, Boadwee does not share the spiritual zeal of many of his compatriots.