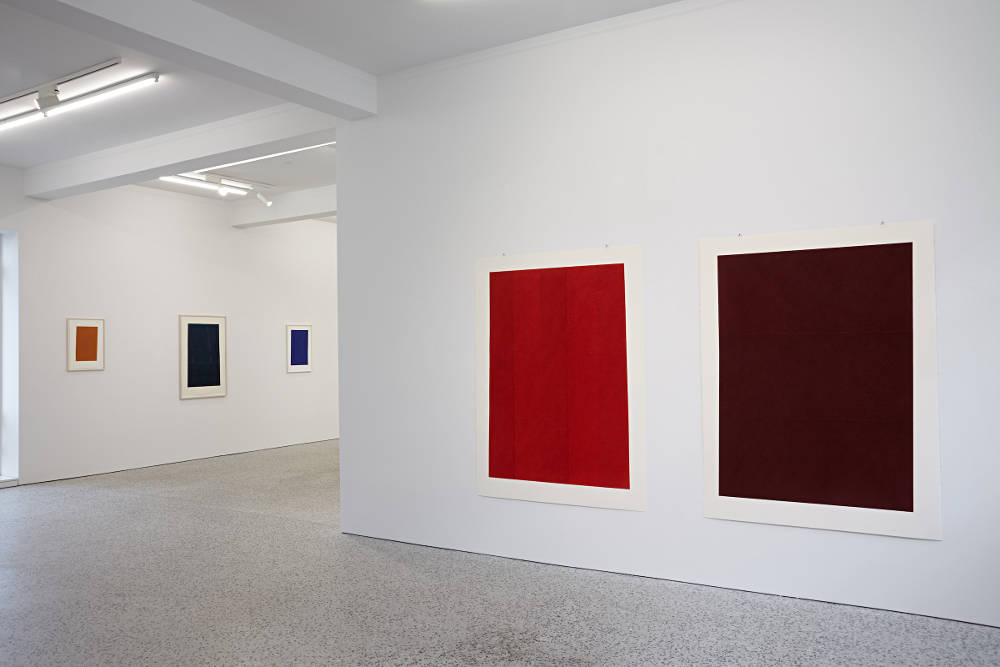 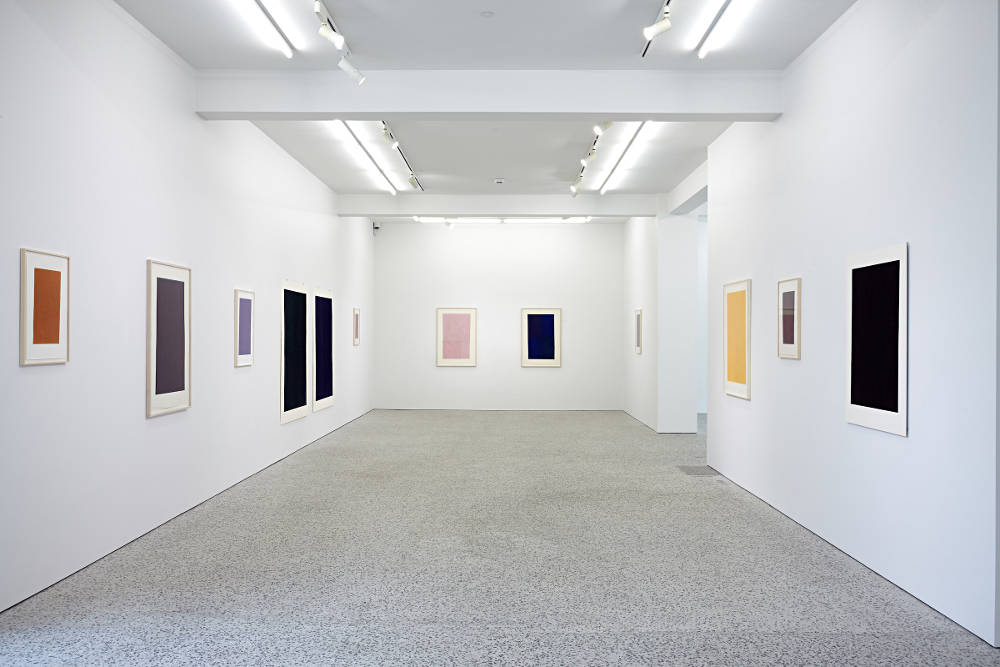 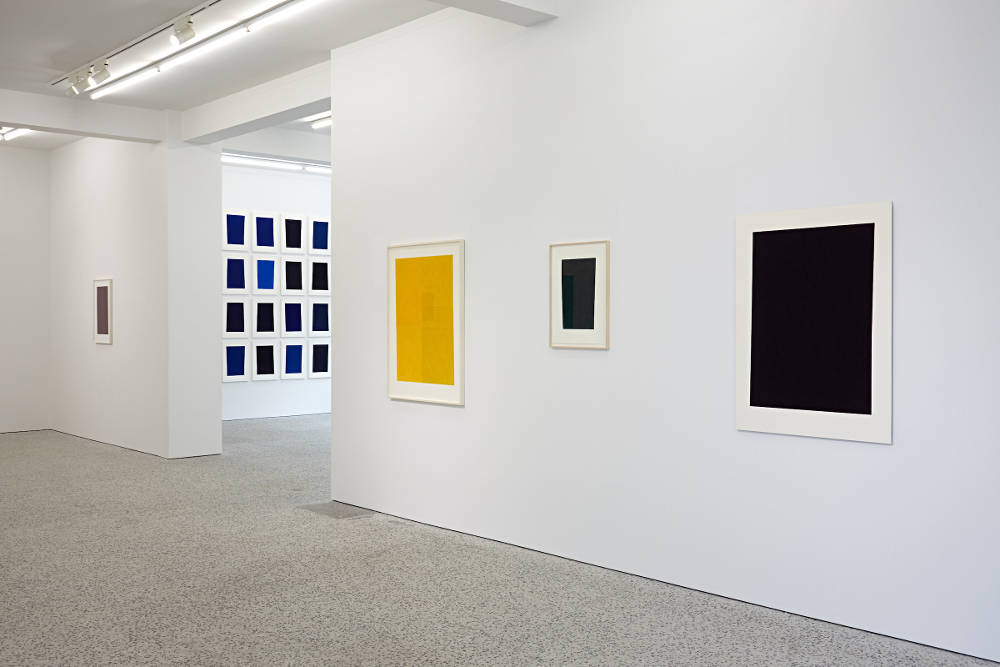 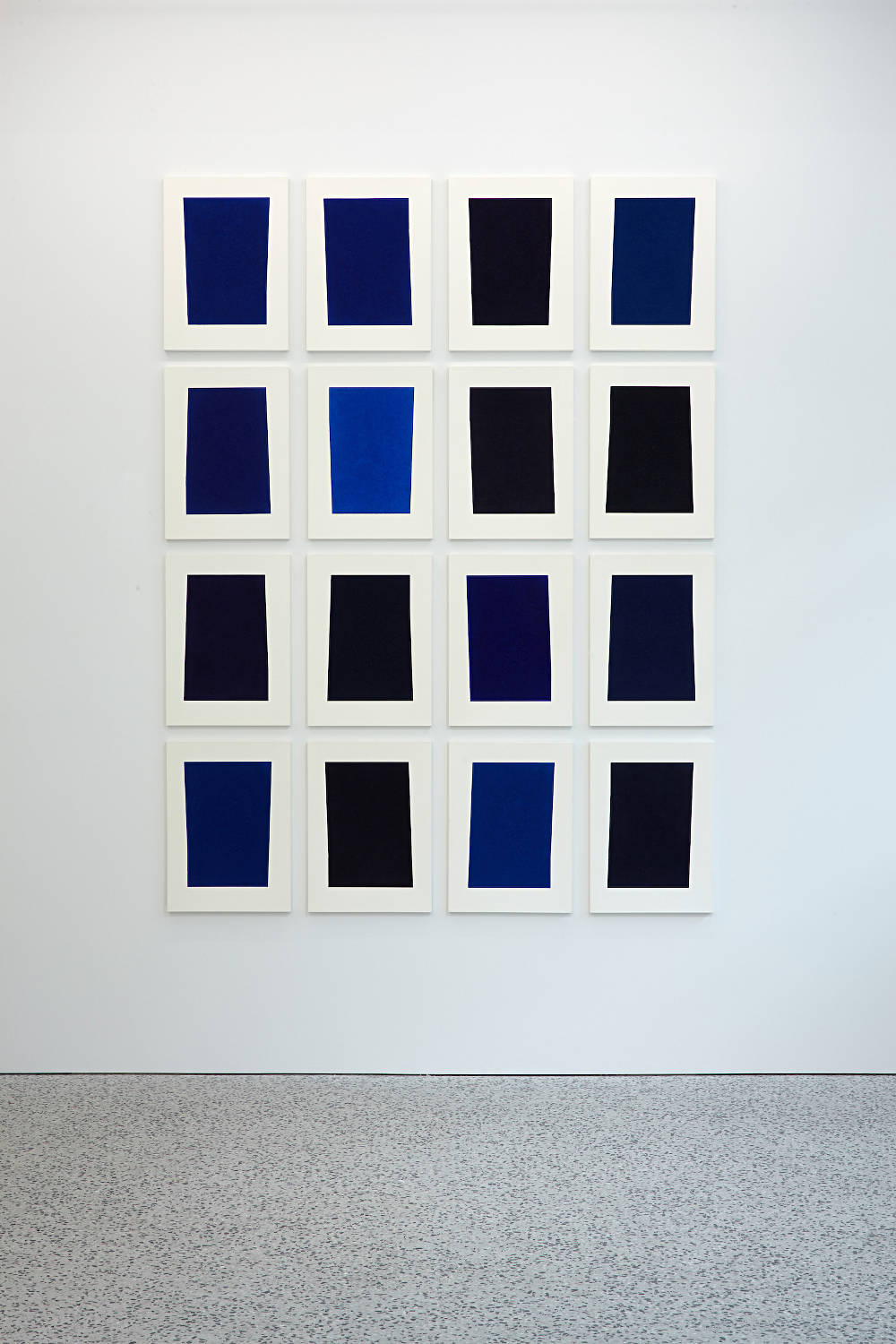 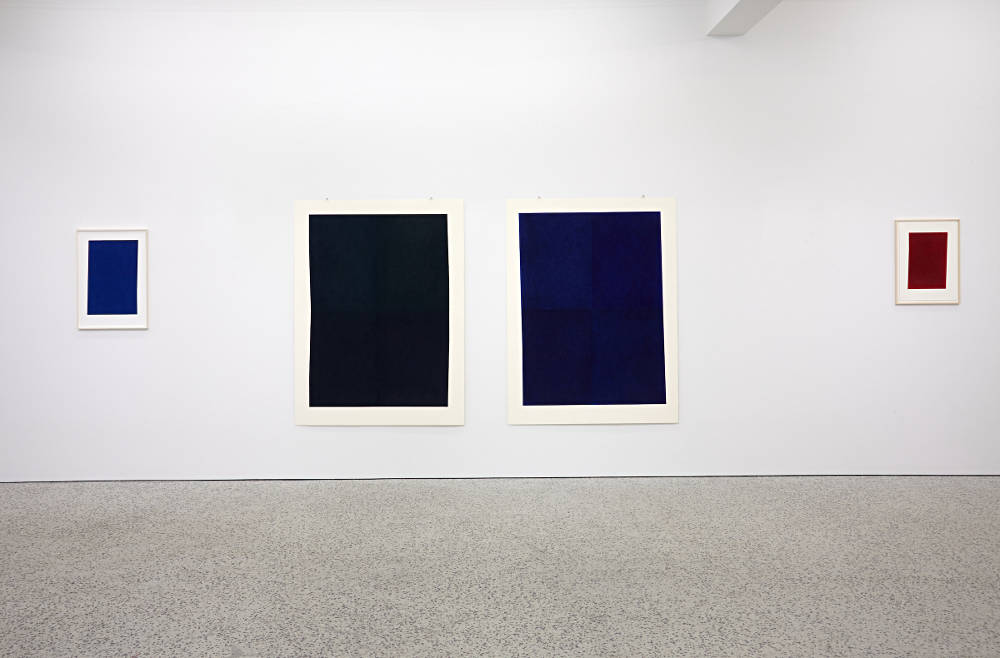 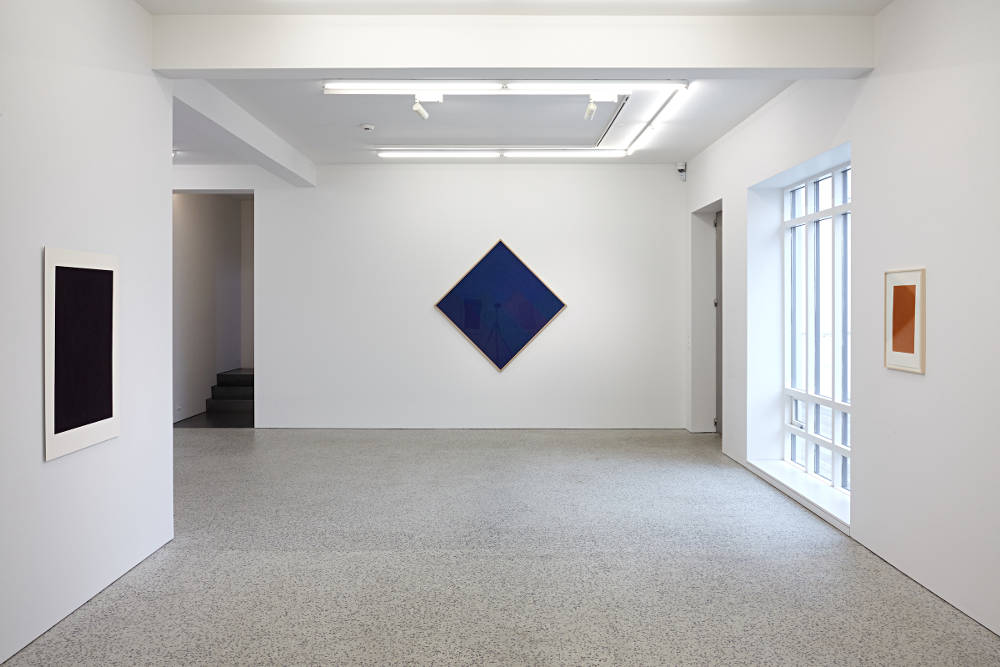 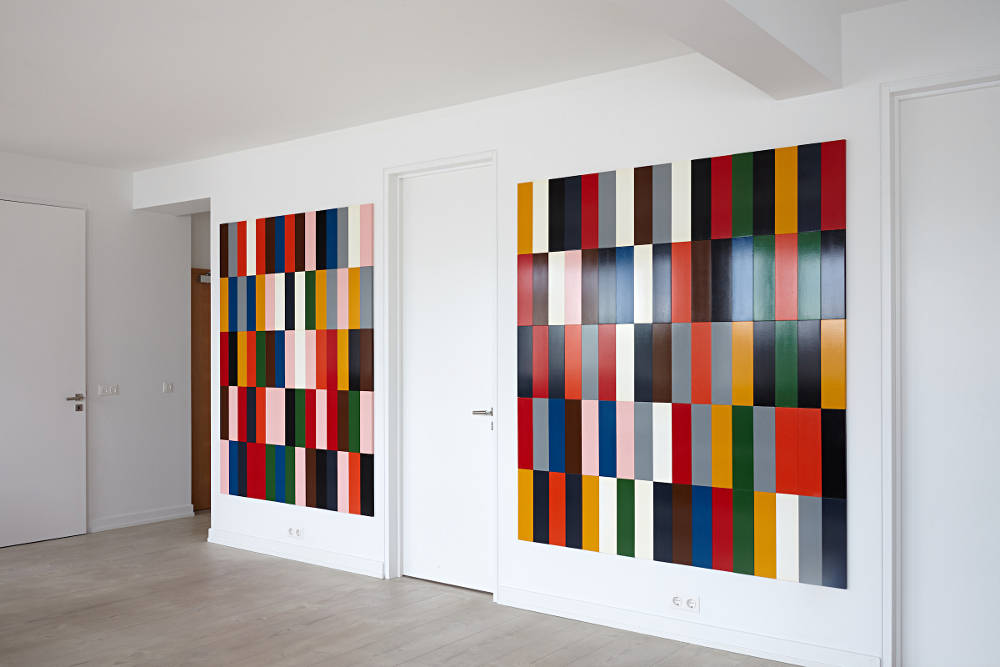 The Depth of Color: Recent works by Kees Visser

Kees Visser’s (b. 1948) recent works on paper are an exploration of color and form that began already in the 1970s with works that blended the conceptual and Fluxus art of that period with formal concerns that can perhaps best be compared to the art of de Stijl, a movement founded in the Netherlands in 1917 by Theo van Doesburg, Piet Mondrian and others. While self-tought, Visser’s first exhibitions, at home in the Netherlands, engaged with the Fluxus movement that flourished there at the time. These featured works that used text, either stencilled letters or found, printed texts, but soon Visser’s art began to show more formal characteristics with explorations of colors, textures and shapes that seemed calculated to exhaust the possible variations of a given premise with almost scientific precision.

Having met some Icelandic artists in Amsterdam, Visser came to Iceland in 1976 and has since spent much of his time there, currently sharing his time between Reykjavík, Amsterdam and Paris. In Iceland, Visser engaged with the local art scene that was increasingly oriented toward Fluxus and conceptual art. He was one of the founders, in 1978, of the Living Art Museum, an artist-run institution dedicated to preserving and exhibiting the work of the avant-garde artist who at that time were largely ignored by the public museums. It was this vibrant avant-garde scene that turned Iceland into an international hub in the 1970s and 1980s and instead of finding himself isolated on a remote island, Visser met leading contemporary artists from both Europe and the US.

A characteristic of this period in Icelandic art was the remarkable variety of the work being produced and exhibited. For a while Visser turned to sculpture and he has used photography and continued to incorporate textual elements, but by the 1990s his focus had turned mostly to his color studies which became increasingly minimalistic. His series of monochrome paintings on paper show a single colored shape – e.g. a trapezoid, a skewed rectangle or broad, geometric lines – on a white background. In the mid 1990s he developed a method for giving these monochrome paintings a crystalline surface, an approach he still uses today and which has become a well-known characteristic of his work.

Visser has exhibited extensively in Iceland, the Netherlands, France and several other countries. Even when showing works on paper, his exhibitions resemble installations, engaging with the architecture of the space and showing paintings laid horizontally on platforms as well as placed on the walls. He has also produced site-specific murals and monumental installations, such as those in a chapel in Thouars (2006), at the Eglise Saint Eustache (2007) and for the Musée Bourdelle (2010) in Paris. His work can be found in several major public and private collections and retrospective exhibitions have been held in Museé Matisse, Le Cateau-Cambrésis, (2009) and in the National Gallery of Iceland (2013). In 2018, Kees Visser was awarded the Vishal Art Award and will have a retrospective in Vishal in Haarlem (NL) in December 2018.

The works in the current exhibition at BERG Contemporary represent a development of his monochrome works but with added layers of complexity, both in terms of color and shape. They present geometric fields of closely related colors, with repeated overpainting and a highly textured, crystalline surface. There is no clear precedent for these paintings though they obviously speak to the century-old tradition of geometric abstraction, color field painting and minimalistic art. Instead, they can be understood primarily through Visser’s own engagement with this history and the art of his contemporaries – as products of his 45 year long exploration in art.

Courtesy of the artist and BERG Contemporary, Reykjavík 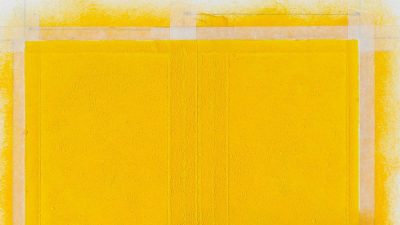