Kedisha Coakley: In the Beginning

Kedisha Coakley: In the Beginning 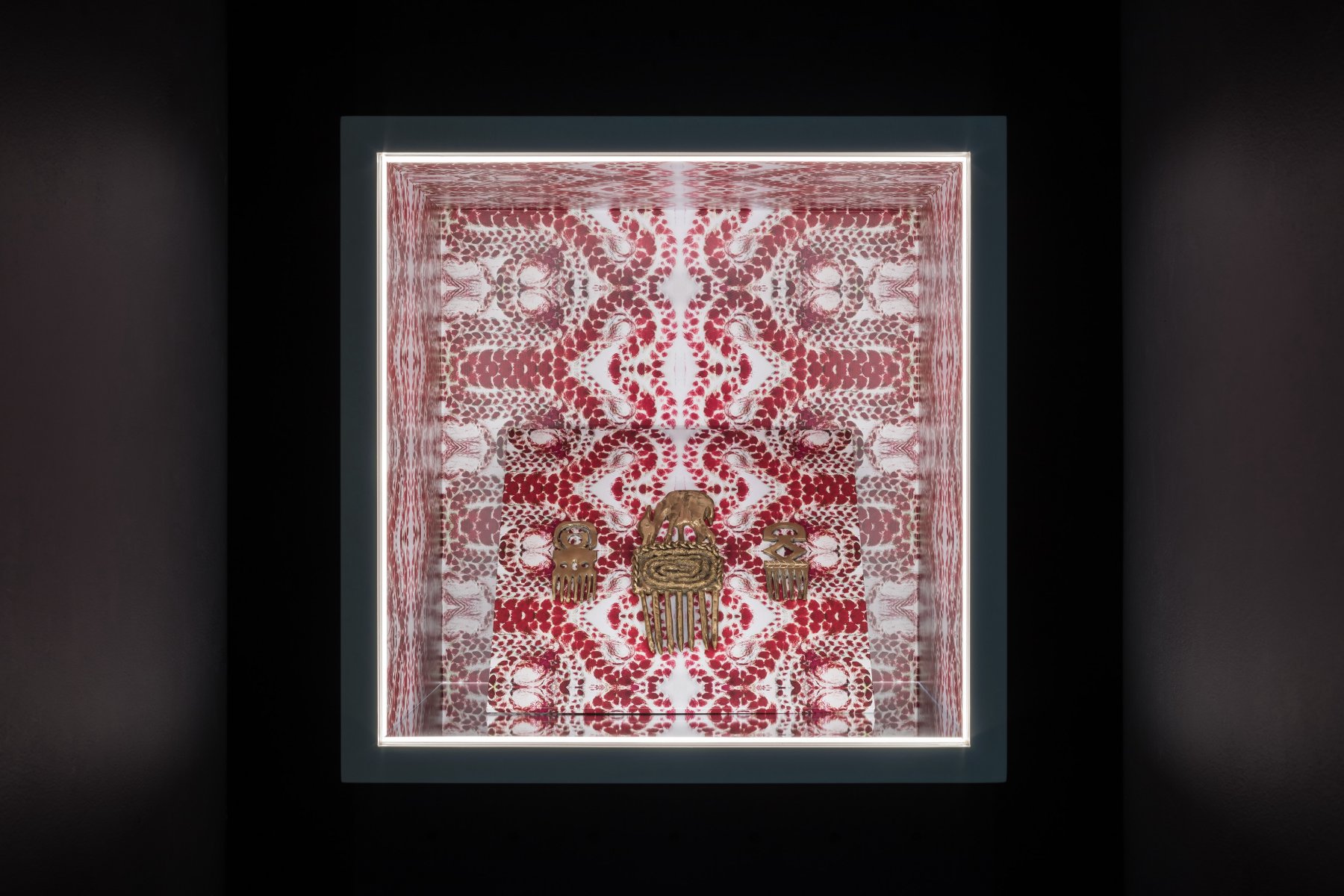 In Negritude No.1 (2017-2020), the wallpaper which lines the interior of The Box, Coakley takes African Caribbean coiffure as her point of departure, digitally manipulating collograph-printed synthetic hair to create patterns that recall and subvert traditional 18th and 19th century British designs. Drawing on an art form so intimately associated with the middle and upper-class white societies of the colonial era, Coakley draws attention to the ongoing influence of an aesthetics forged in the crucible of empire, an aesthetics repeatedly instrumentalised for the legitimation of imperial institutions and committed to the erasure or obfuscation of the other.

At the centre of In the Beginning lie three bronze afro combs from Coakley’s I AM HERE (2019-20) series. Each fabricated using the lost wax casting process and left untreated, they link the artist’s own hair, the texture of which they are based upon, to the lineage of the ‘Benin Bronzes’. Through this deeply personal reflection on self and heritage, Coakley foregrounds the ritualistic practices of Black women and, in turn, the Black female experience. Combining a social practice common to both her peers and ancestors with the ancient method of bronze casting, Coakley initiates an excavation into her own identity and into the deep subterranean ruins of history.