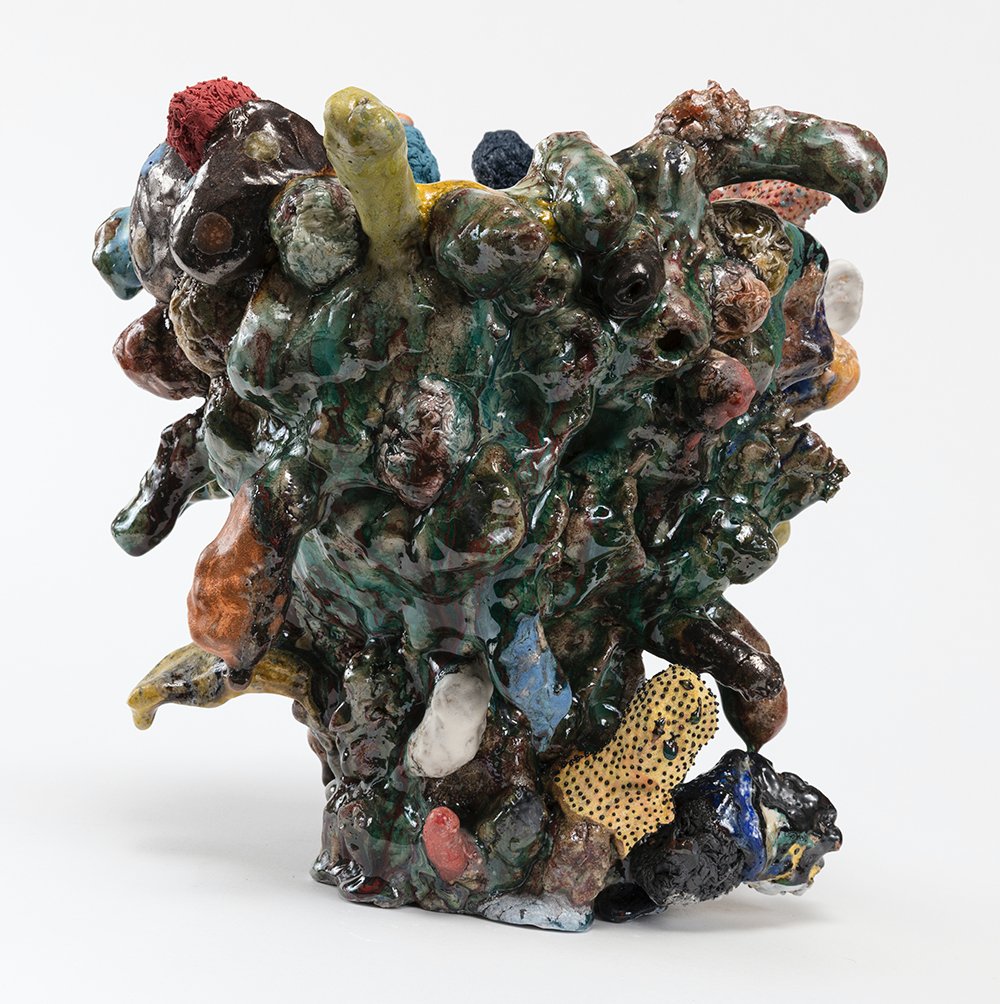 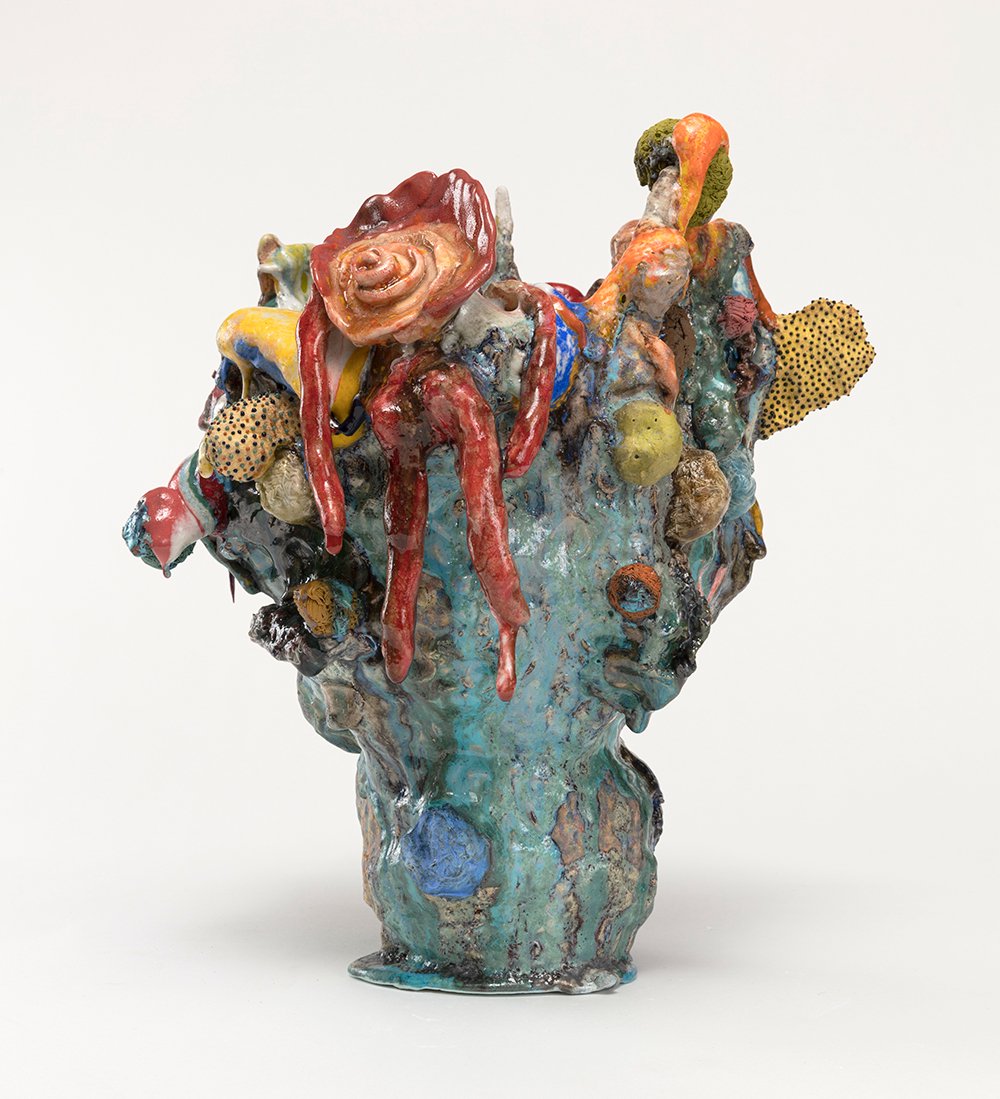 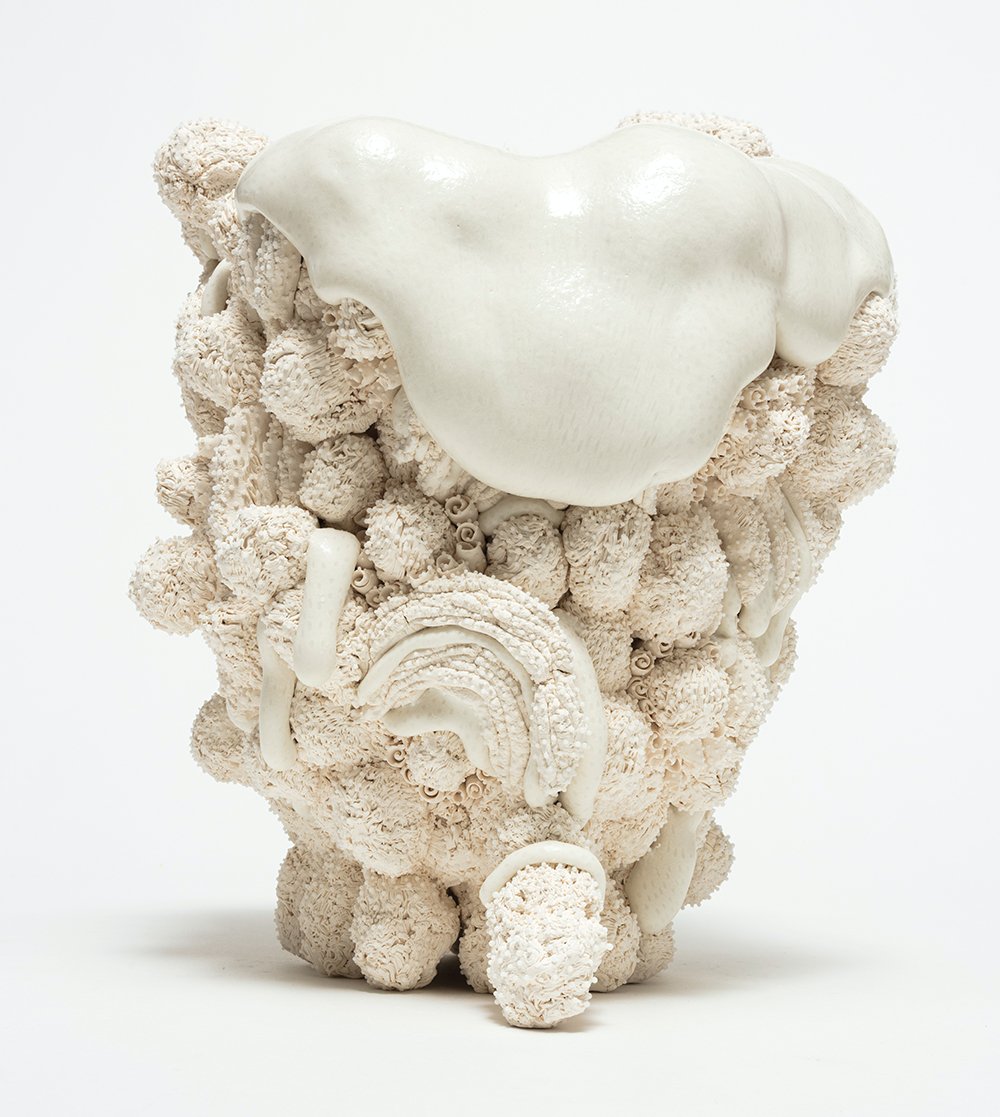 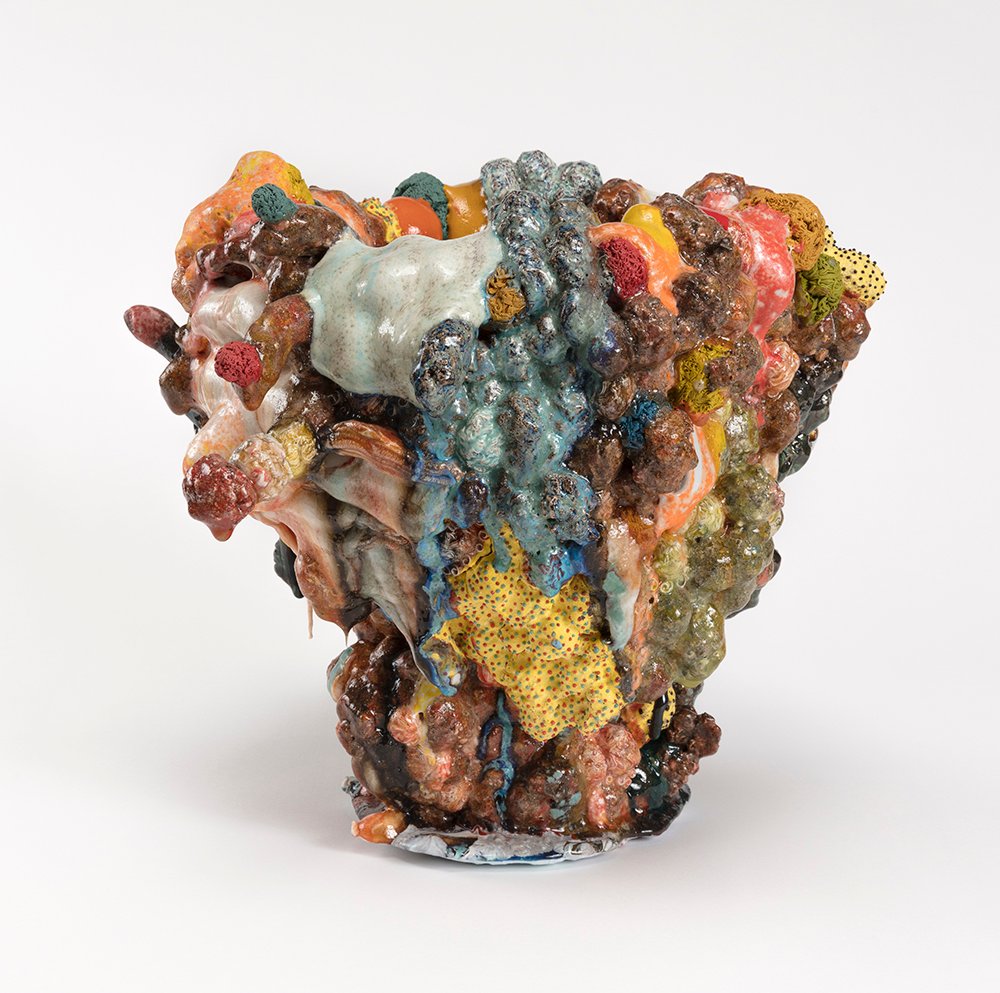 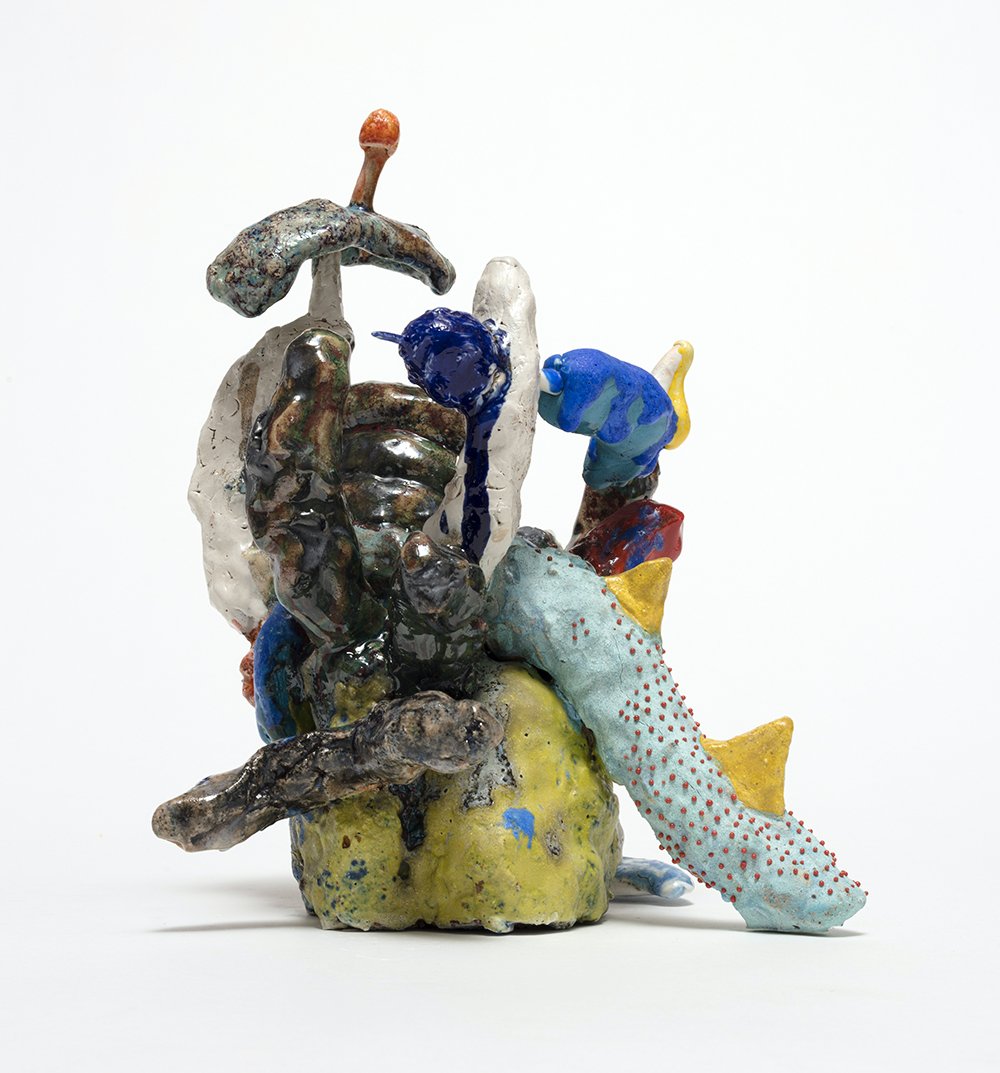 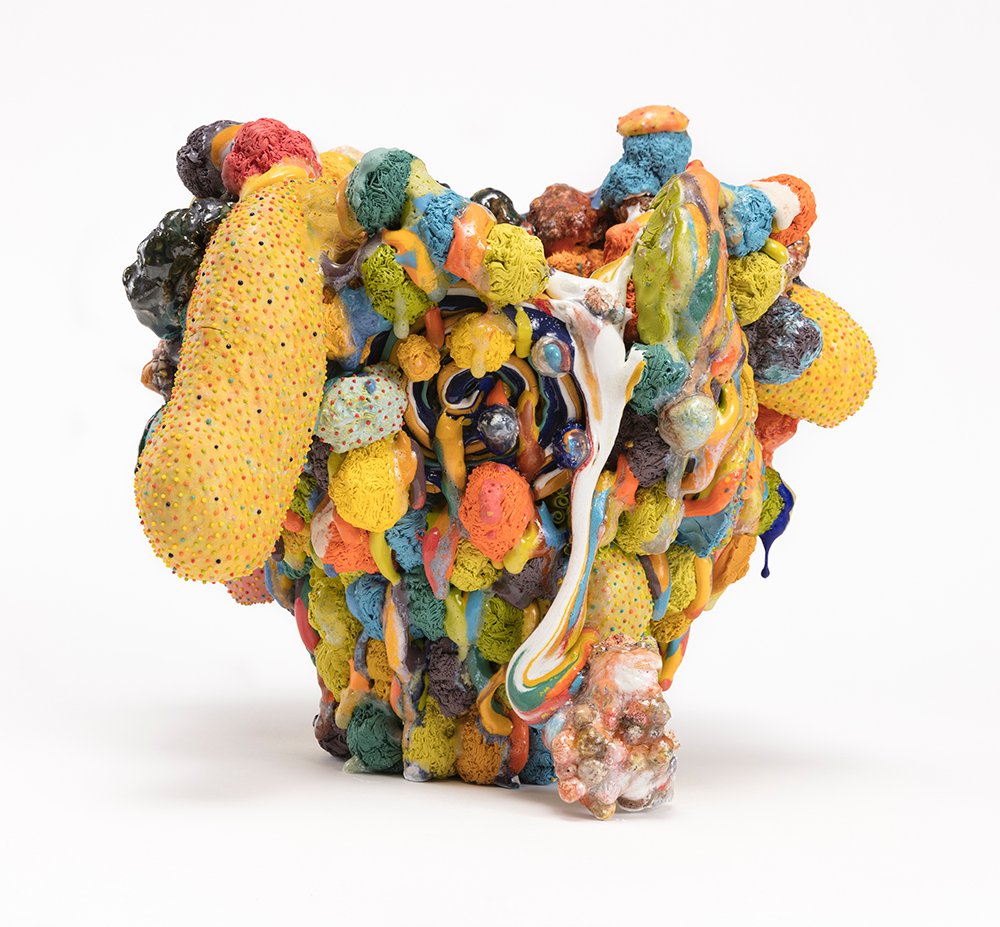 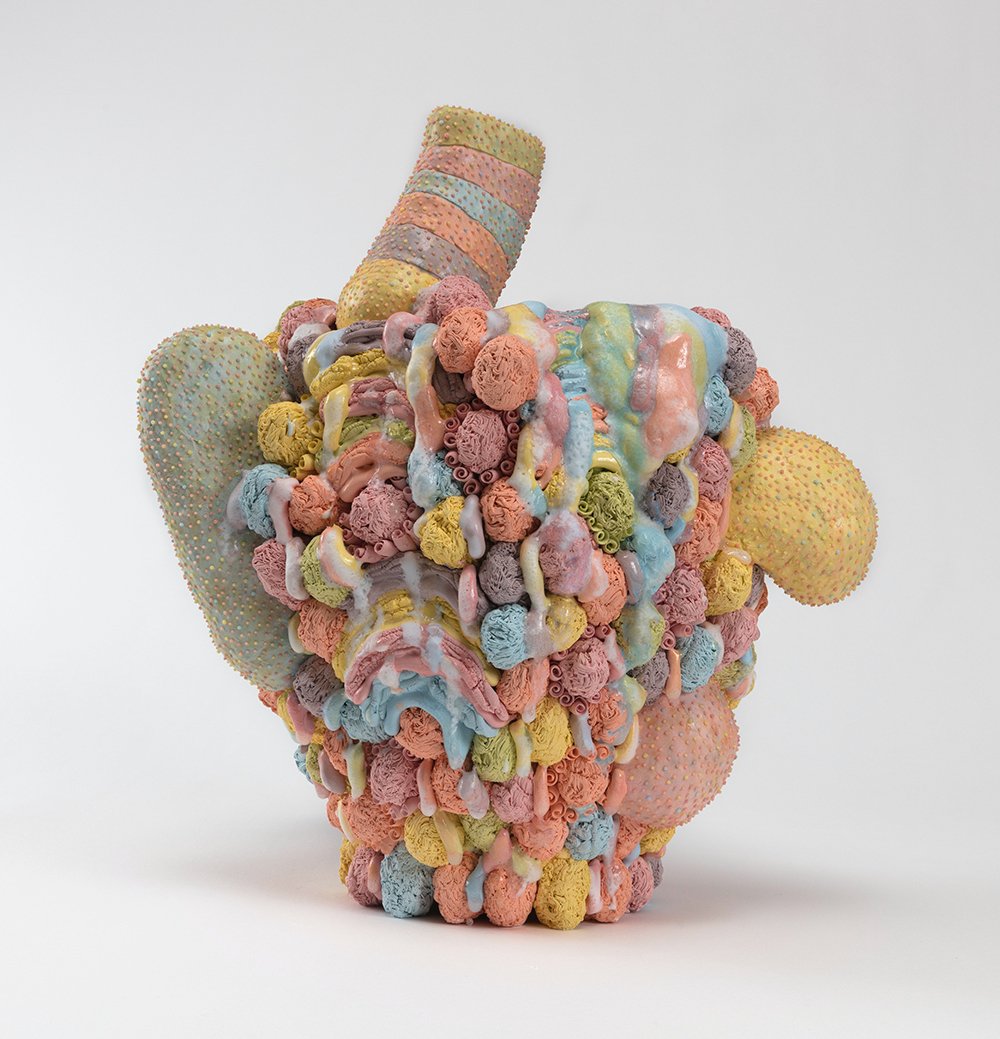 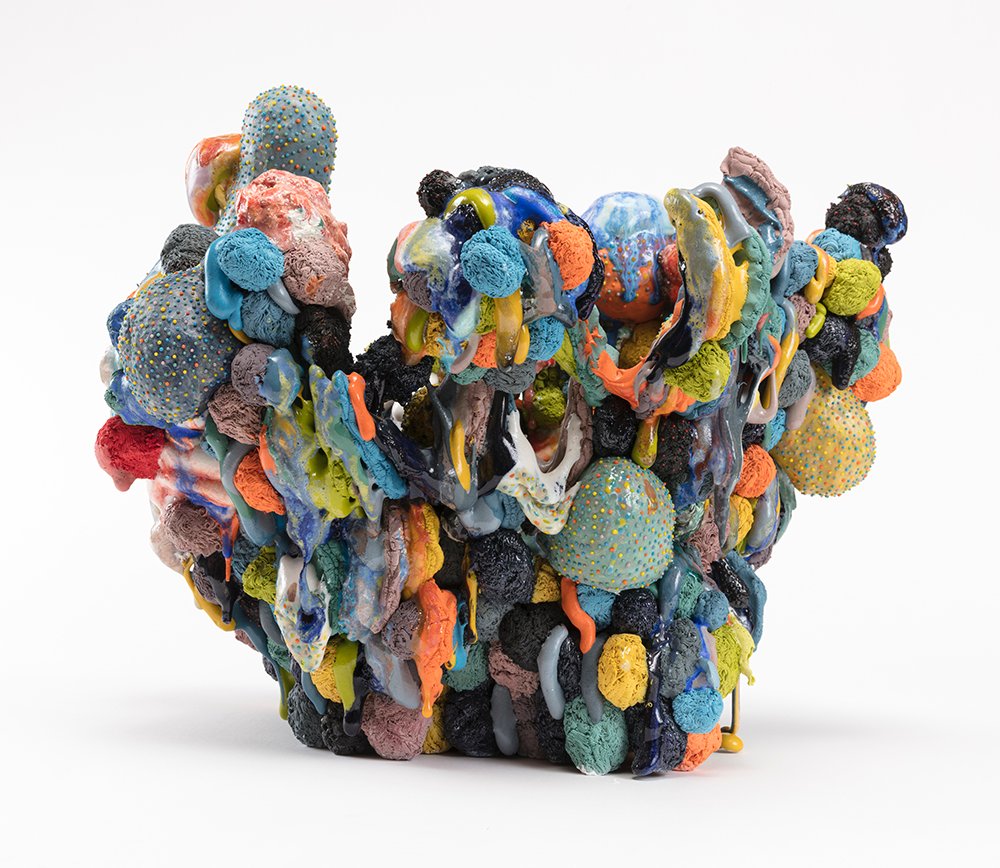 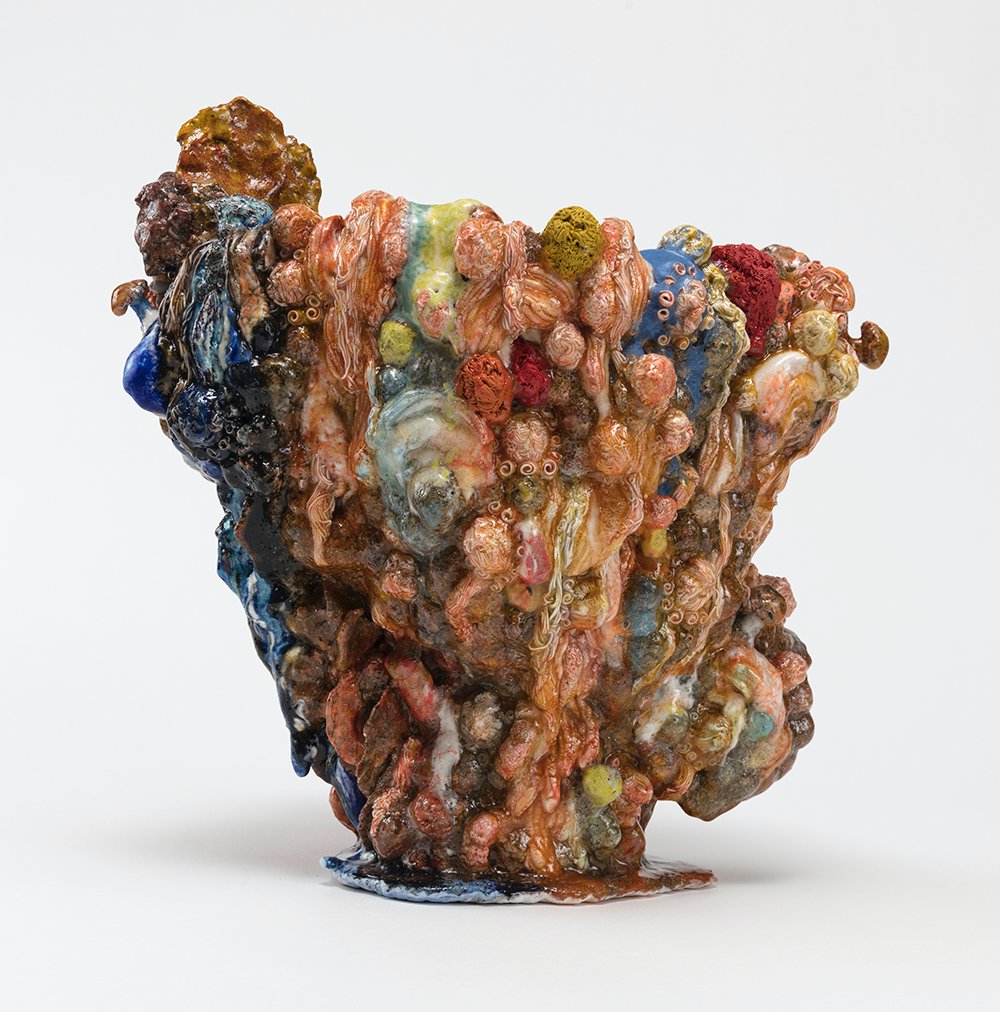 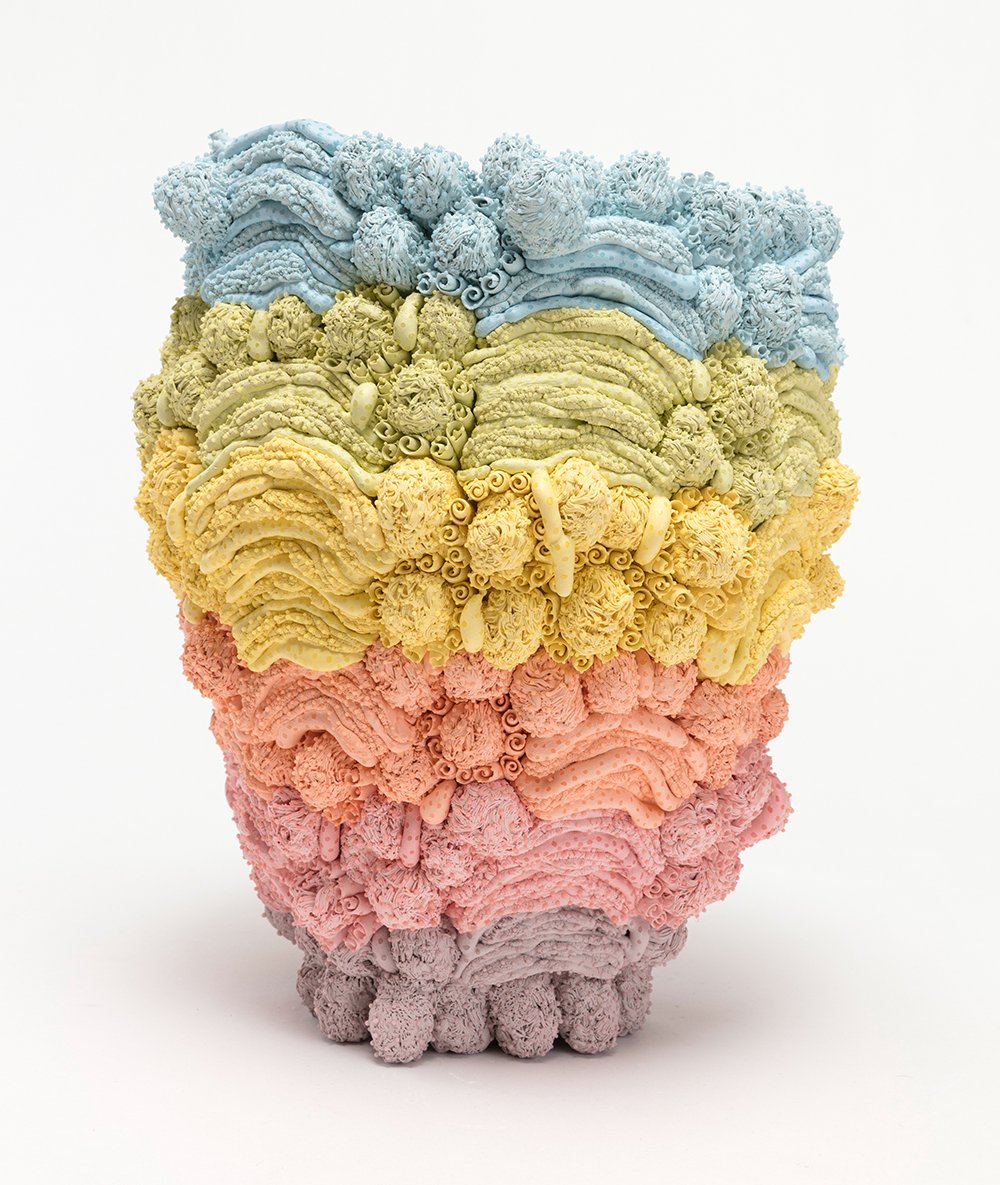 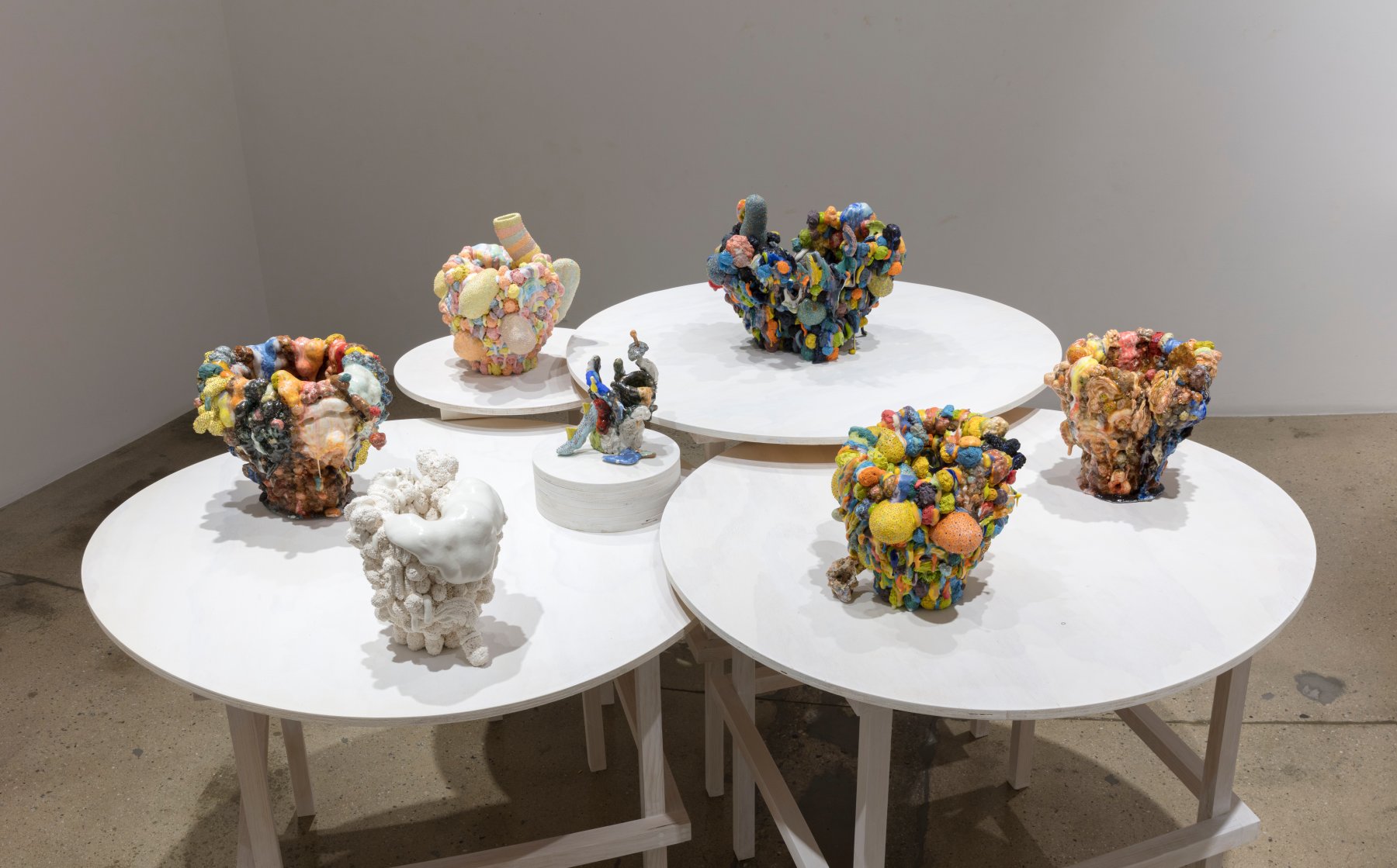 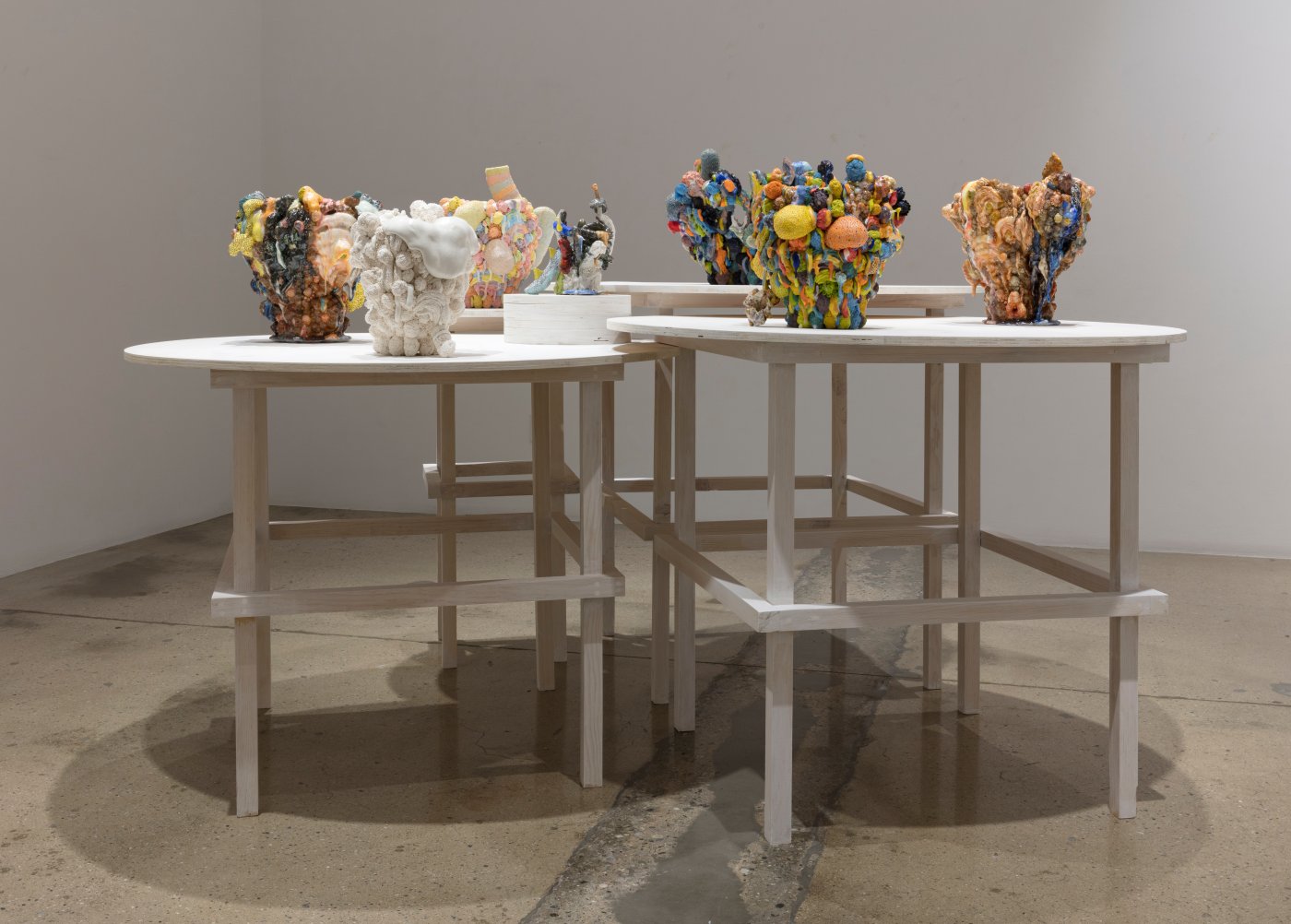 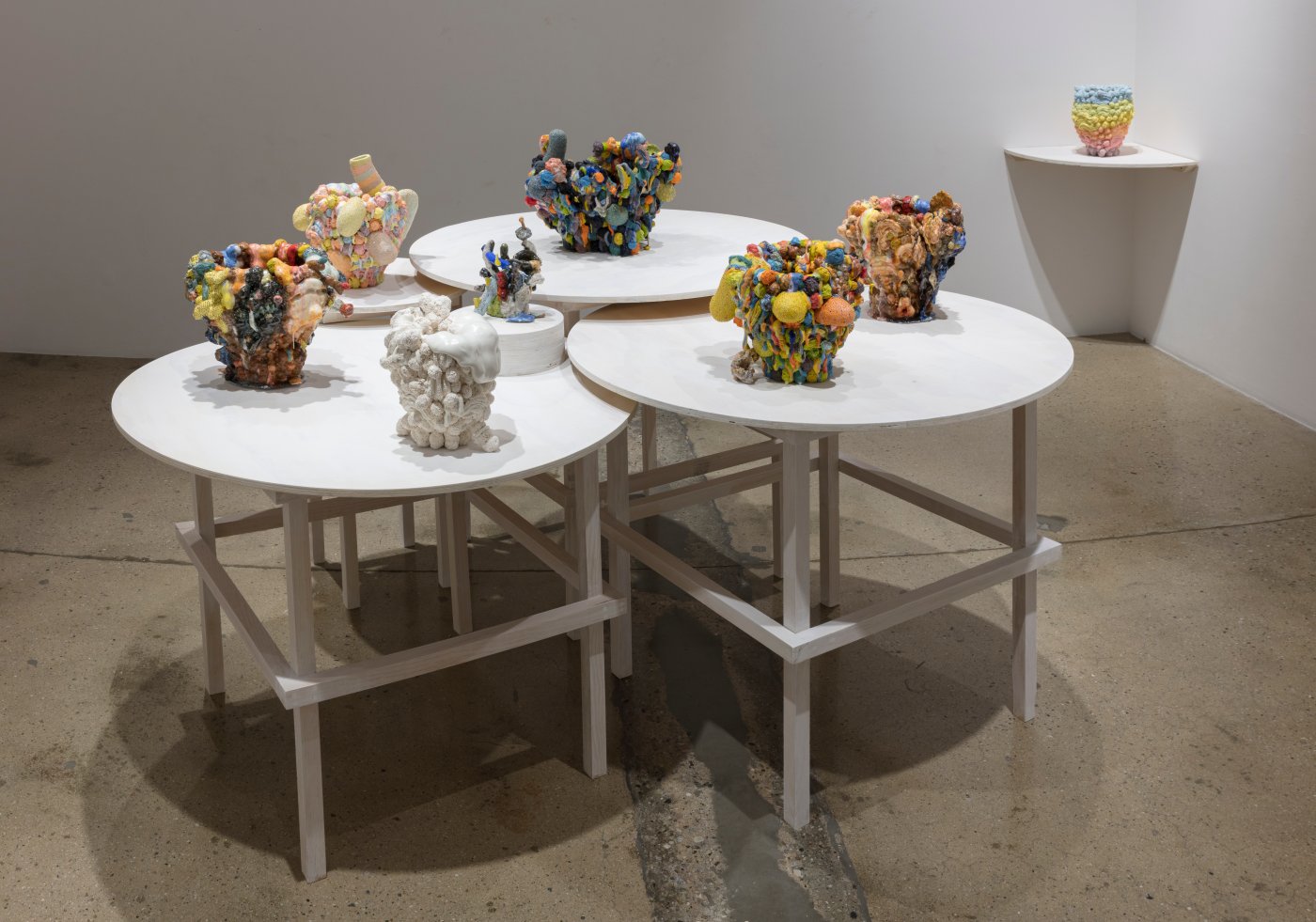 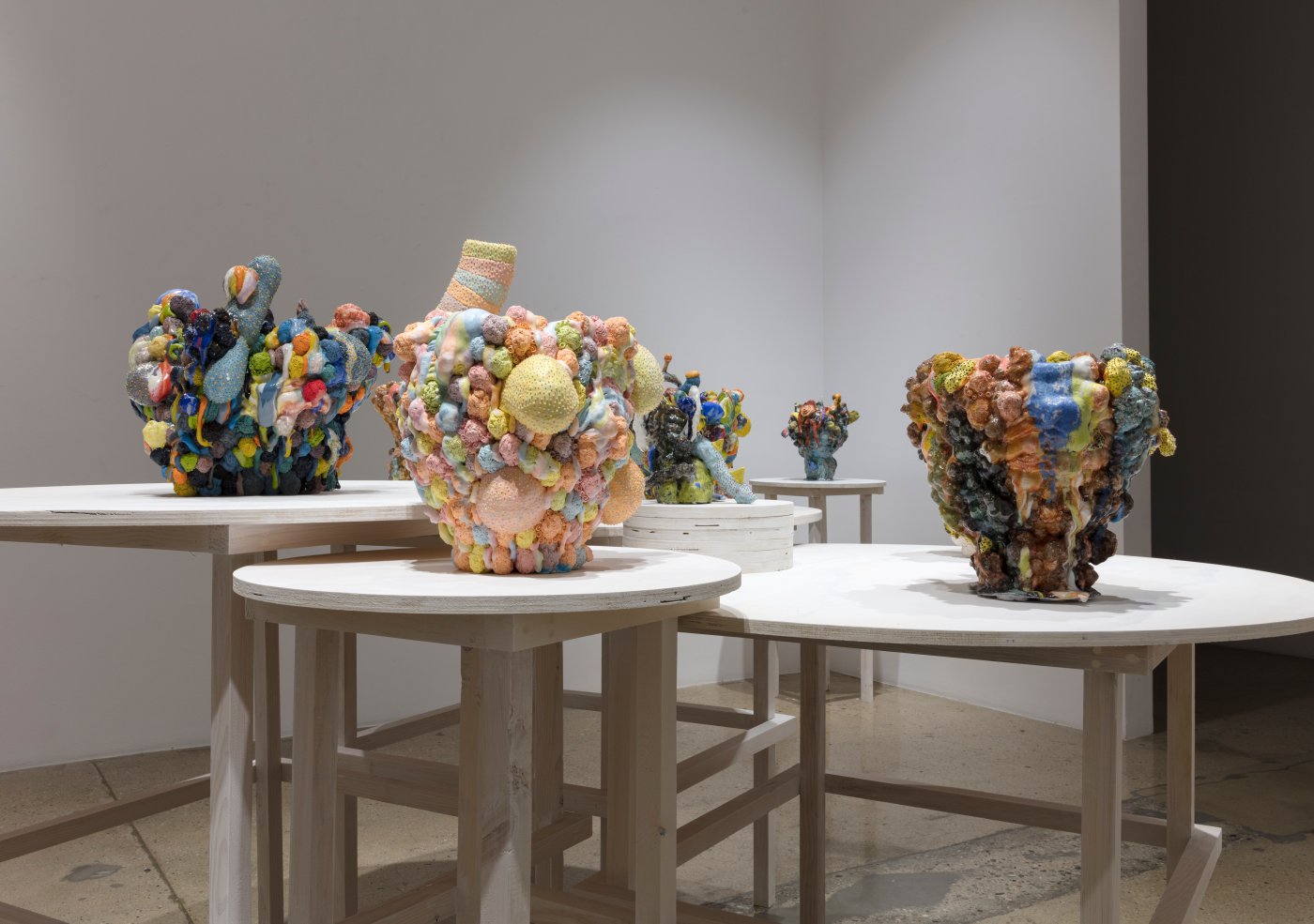 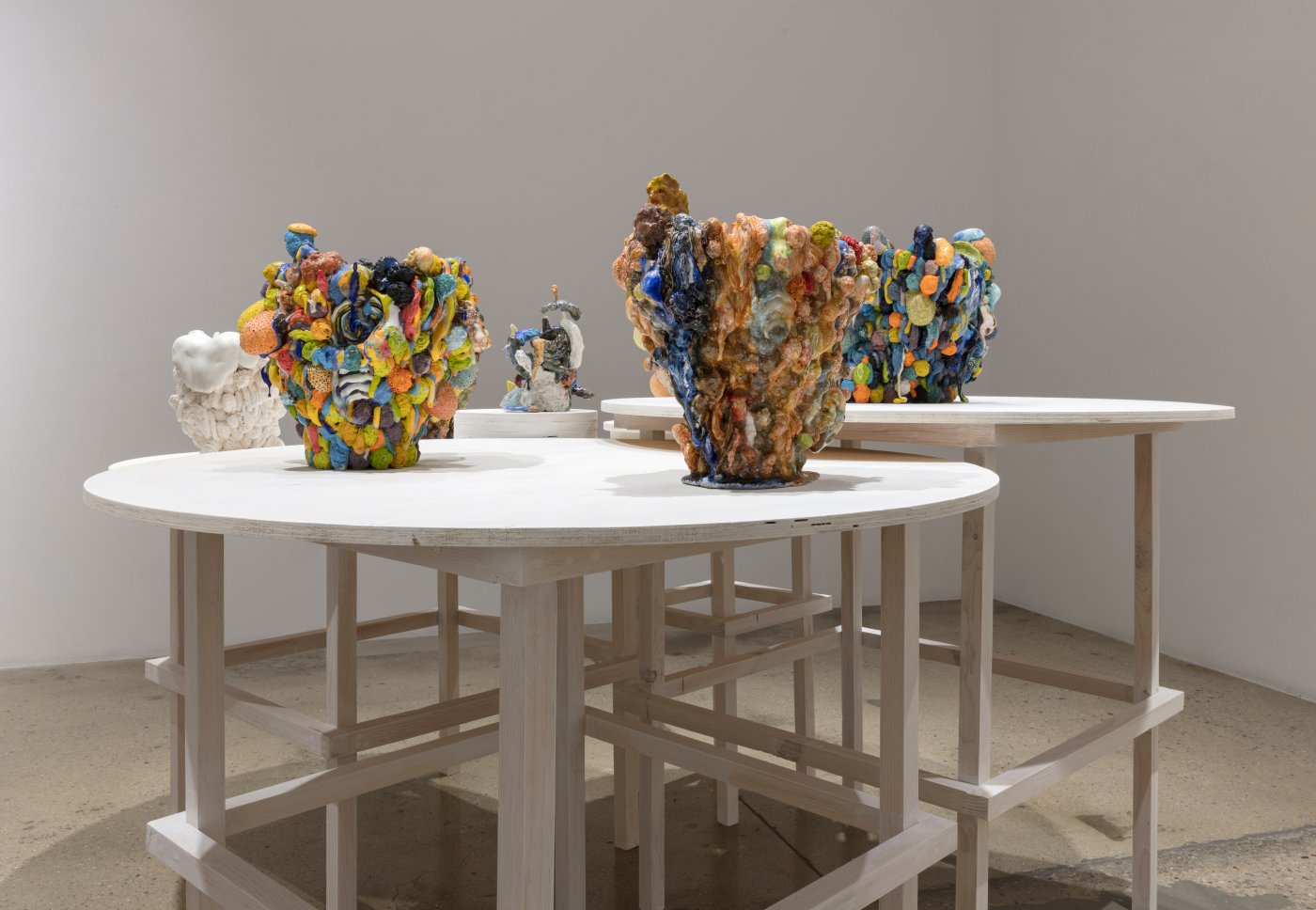 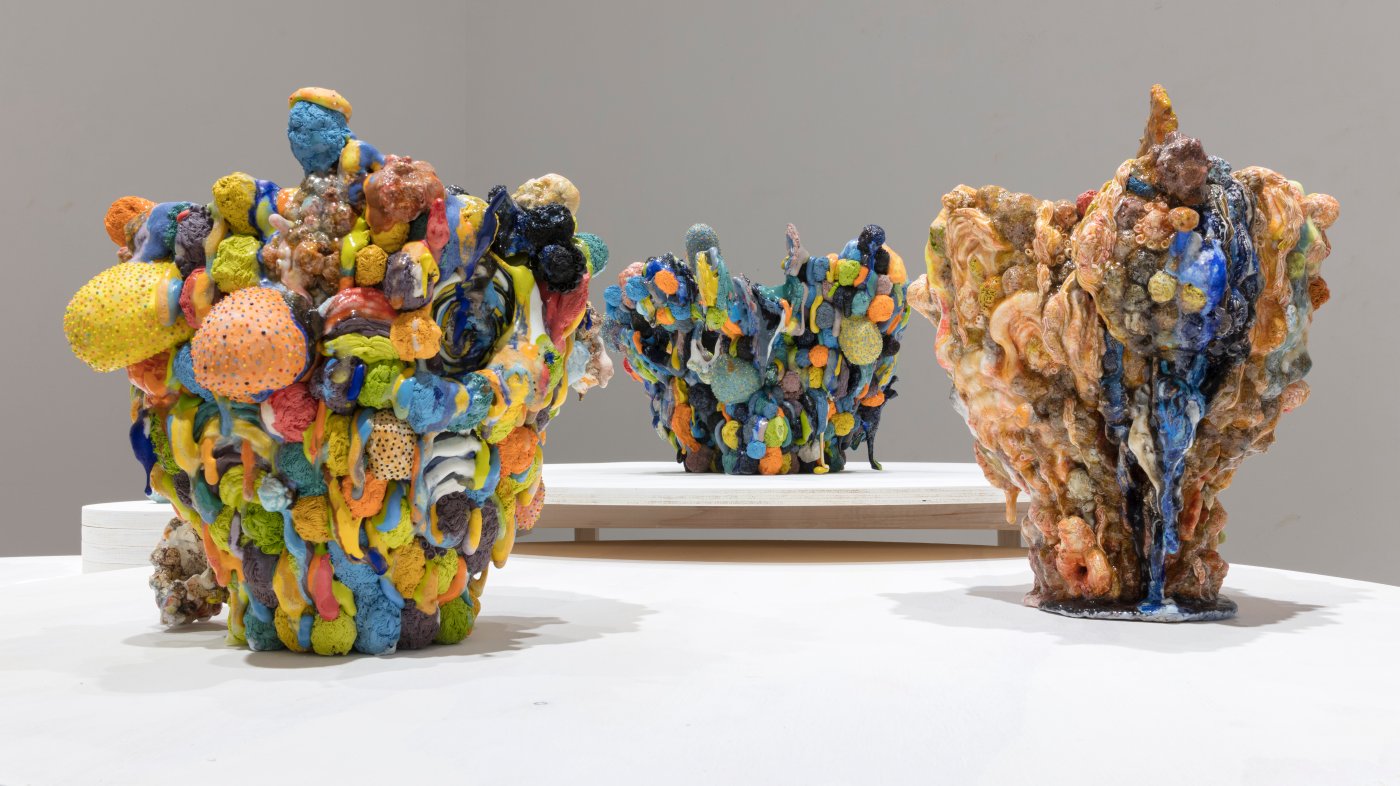 The title comes from Madonna’s hit song that came out in 1984, the year of Kawai’s birth. In 1984, things were good in Japan and remained so for a few more years. However, over the subsequent thirty years, the situation has steadily declined, so much so, that Kawai’s generation is known in Japan as the “lost generation.” It has lived through a steady downward trend where hope was uncommon and drugs and alcohol were abundant. Bad as the situation has been, pop culture served to cover up the despair. These are the essential elements of Kawai’s work–despair represented by the chaos, irregularity, collapse and fragility of random shapes and the accompanying masking of that despair with bright and lustrous colors. A final ingredient are his titles which come from songs, movies and novels that are meaningful to him. With Covid the problems in Japan have come out into the open. Depression, discrimination, anger, helplessness and loneliness are now plain to see. To find meaning, Kawai turned inward. Using clay, he has built grotesque castles from despair, coloring them with fantasy and sealing them with fire.

Born in 1984 in Ibaraki, Japan, Kawai earned a BA in Fine Art at Chelsea College of Art, London (2007) before returning to Japan where he earned a BA at the Ibaraki Prefectural College of Ceramics (2018). His work has been exhibited at Mitsukoshi Contemporary Art Gallery, Tokyo (2020); SHOP Taka Ishii Gallery, Hong Kong (2019); t.gallery, Tokyo (2019) and House in Kasama, Ibaraki, Japan (2017). It also has also been presented by Taka Ishii Gallery at Frieze, Los Angeles (2020) and Art Basel, Miami Beach (2019). He lives and works in Ibaraki Prefecture, Japan.